Realizing your favorite flower has started to die can ruin your day. Do you have a yarrow plant that isn't looking healthy in your garden and don't know what to do? What typically causes yarrows to die? Well, we've done some digging and have the answers to these questions below.

One of the leading causes of yarrow death is overwatering. Considering that this flowering species is drought-friendly, giving one too much water over a long period can cause its roots to begin to die.

That said, most experts recommend waiting to water yarrow until the dirt around it feels dry, so that could be an easy way to prevent illness.

As we start, we will cover all things yarrow and discuss what causes this flowering plant to die. Whether you are new to this species or have many growing in your garden, we're here to help. With that said, let's dive right into this post below!

Why Is My Yarrow Dying? 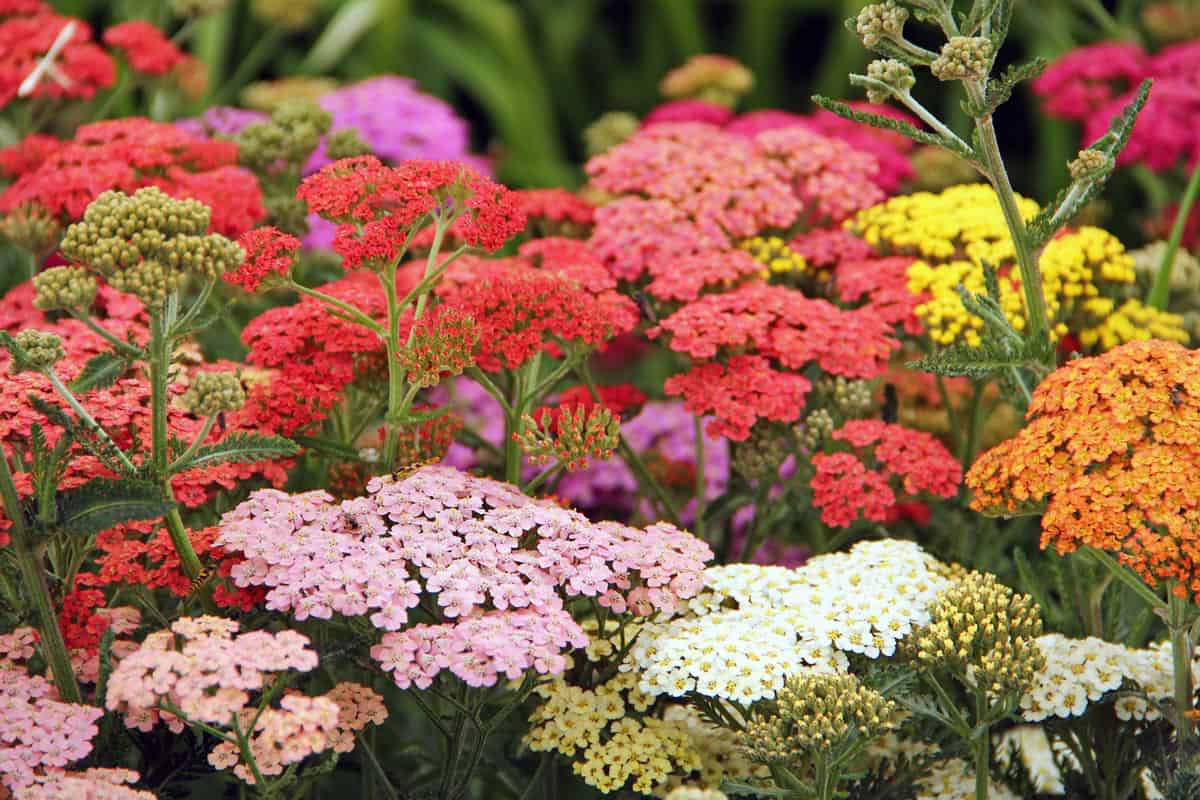 For anyone with a sick or dying yarrow plant, the soil is the first place you want to look. As we said above, overwatering this drought-leaning species can cause its roots to rot.

Generally, you don't need to water yarrow often, so every two or so weeks will suffice.

If you give a yarrow flower too much moisture over a long period, it's likely to develop stem rot first and then root rot immediately after.

Not only can these be deadly, but they are pretty easy to detect. One of the common mistakes people make with these plants is ignoring their soil: not checking if it feels soggy or dry.

If your yarrow's ground feels super moist, do not water it again for at least 7-10 days.

It's imperative to give your plant time to heal and revitalize itself after essentially drowning in water, so keep this in mind when/if the time comes.

However, if you recently planted yarrow, that is when more frequent watering is recommended.

Can You Save A Dying Yarrow?

Yes! If your plant is still showing signs of life, you will likely be able to revive it. Generally, the best first step here is to assess the ground surrounding your flower.

If it feels super moist, do not add more water to your yarrow for 1-2 weeks. On the other hand, if the soil feels dry and crispy, this is when watering is a good idea.

Once you figure that out, you want to remove any dead sections from your plant.

We recommend grabbing a sharp pair of gardening shears or scissors and doing this gently. You want to avoid cutting off central areas of your yarrow, as these are the main heartbeats of your flower.

You can also pinch off any dead flower clusters with your fingers, so you don't always need sharp scissors/shears to do this.

Typically, any yellowing/browning areas on your plant are ready. Especially if root rot is the cause, you'll likely notice your yarrow drooping or looking bloated in its leaves.

Many experts recommend a maximum prune of 1-2 inches, so try to stick around that guideline.

How Much Water Does Yarrow Need? 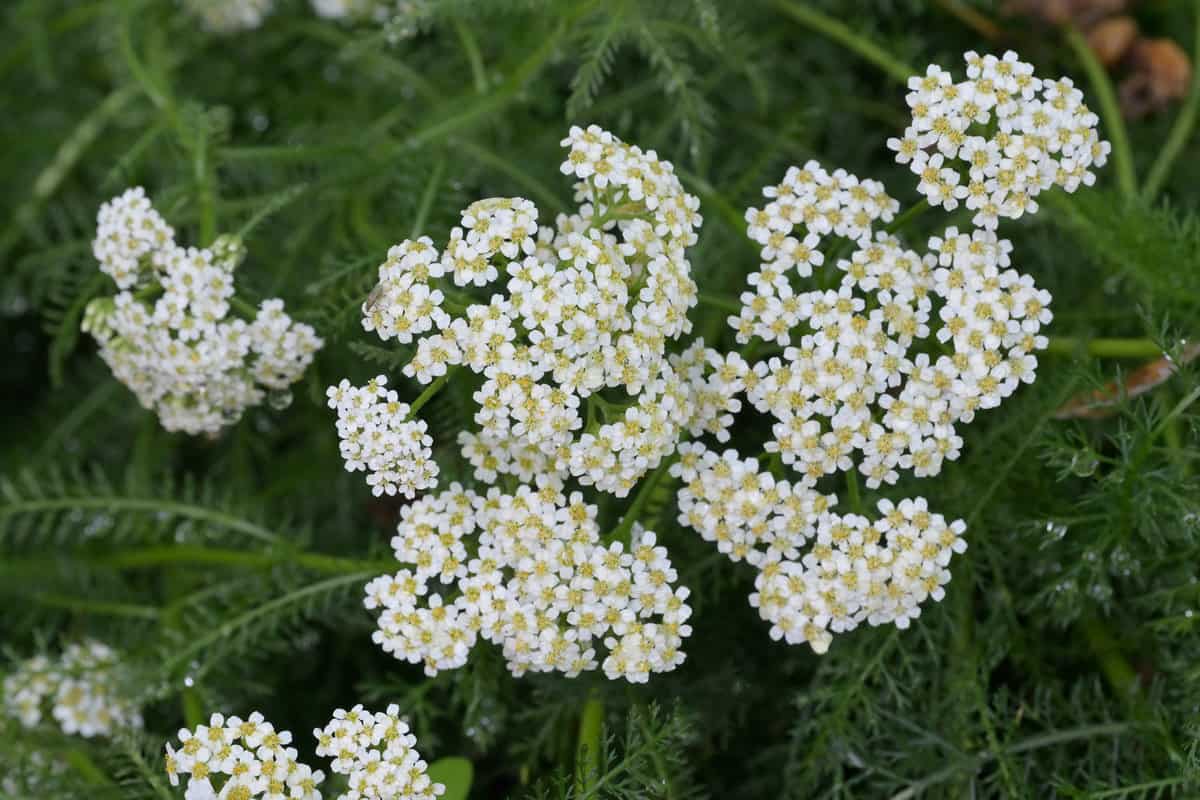 You don't usually need to give a yarrow plant more than 1/2 an inch of water each week. Once your plant is established, it is drought-tolerant, meaning it can handle periods without moisture.

This can come in handy for those in the desert but, in the same way, a bad thing for those who tend to overwater. The only time yarrow needs more moisture is during its germination.

So, unless you've recently planted seedlings, there is no need for such frequent watering.

These plants don't need much water when their roots are established in the ground, so remember that whenever you want to go crazy with the hose.

However, if it's sweltering and dry, that is when an extra misting could be beneficial. Many experts refer to this plant species as one that prefers neglect, so take that as you will.

No! Make sure never to let yarrow sit in damp soil for long periods. As we covered above, yarrow is extremely sensitive to moisture and will develop root rot in soggy dirt.

For example, if you have your yarrow somewhere with partial shade, you don't want to water it after the sun has already come out.

Plants in the shade tend to develop water-related problems more than in the full sun, so placement is critical. That said, it's best to water your plants during their peak heat time, whenever that may be.

You also don't want to water yarrow at sunset or night, which encourages root and stem rot. Even though it might feel like you're helping, giving water to fully-shaded yarrow is the worst thing you can do.

Again, everyone is different, so create a watering schedule that works for you and your garden.

How Much Sun Should Yarrow Get? 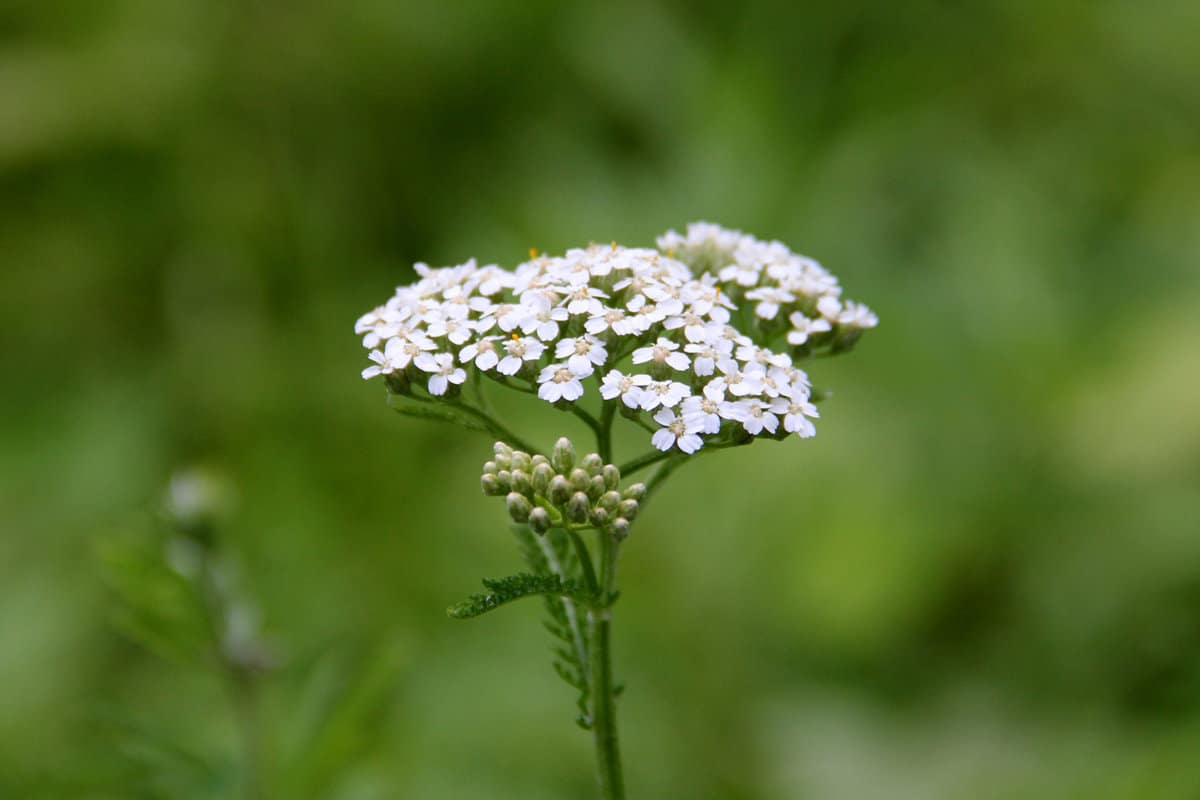 Ideally, you want to ensure yarrow receives at least six hours of full sun daily. Of course, this can vary depending on where you live and your plant, so it's likely to see slightly less/more.

Typically, yarrow will thrive in full sun and tends to produce bigger blooms, so placement is essential. That said, it is possible to grow healthy yarrow in partial shade, as long as your plant receives four or more hours of sun per day.

According to The Old Farmer's Almanac, although they can live in partial shade, yarrow tends to become leggy without enough sunlight.

This plant species will also perform best in well-draining soil, as it doesn't respond well to excess water. The best conditions for yarrow are dry and hot, so try to replicate that if possible.

Where Is The Best Place To Grow Yarrow?

The best place to grow yarrow is somewhere warm with good draining soil. Typically, you'll find these gorgeous flowers in the western United States, so states like Arizona, Nevada, Colorado, and California are all locations that come to mind.

However, that's not to say you can't successfully grow yarrow in other regions. As long as your garden stays warm most of the year, you could be a candidate for yarrow flowers.

According to the USDA, you can grow yarrows in sagebrush areas, open timber, and subalpine zones. For western yarrow varieties, your plant will thrive in drought-leaning conditions and need sandier soil to survive.

The sun is also crucial for aiding yarrow's health and growth, so keep that in mind too. The last thing you want to do is try and grow yarrow somewhere cold and damp, so USDA zones 3-9 are where we suggest planting your flowers.

Yes! It is common for yarrow flowers to spread and self-seed. Considering this species is regarded as a wildflower, you can be assured your garden will be full of color.

As your yarrow blooms, this is when it releases seedlings into the air. If you're lucky, these seeds will make their way into the ground nearby, eventually becoming flowers themselves.

According to HGTV, yarrows are also infamous for having "underground stems," which you can't usually see until more flowers start to bud.

Of course, if you want a manicured landscape, you can easily trim these stems and pull any sprouting yarrows you do not want to progress.

On top of that, yarrow will also typically spread nearly three feet in either direction, which is perfect for ground coverage. Again, this can vary but expect anywhere from 1-3 feet on average.

Therefore, you might want to leave some extra room between your yarrow, so they can grow and become self-sufficient without fighting nearby plants for nutrients and water.

How Long Do Yarrows Live?

Although these flowering plants are hardy, it's not common for yarrow to live past five years. With that said, dividing your yarrow every three or so years could help keep the species alive within your property.

Regardless, this is typically a good practice when dealing with wildflowers, so we recommend it.

On the other hand, considering that many flowers are annuals, you can be happy with those 3-5 years of blooms and multiplying plants.

The key here is giving your plant space to grow, sunshine, not too much water, and not too much upkeep. Yarrows don't need fertilizer to grow, so if you don't feel the need, that's entirely fine.

You also don't need to cut these back (unless they are dying), so maintenance will be pretty light. 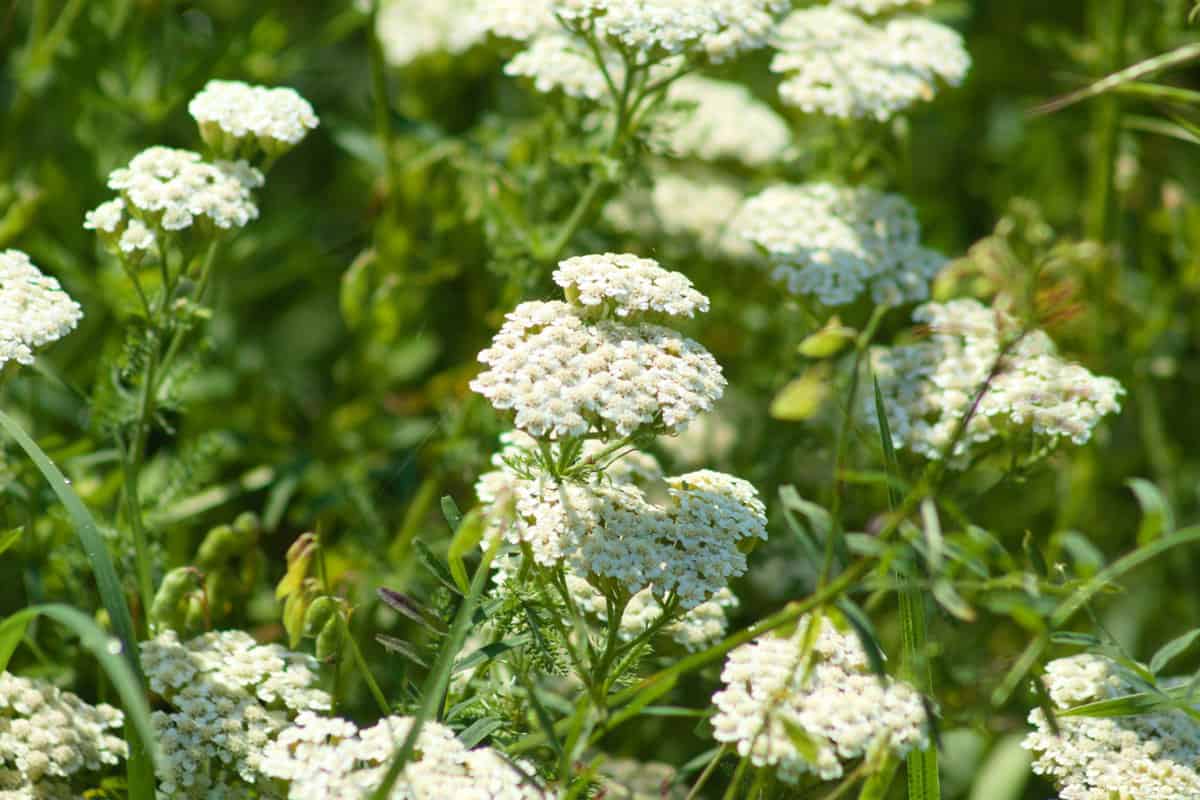 Even though these flowering species are hardy, that doesn't mean yours won't develop any diseases. According to the state of Connecticut's website, some common diseases that target yarrow include:

Of course, your plant could also develop pest-related issues on top of a disease, so this tends to be a mess for yarrow growers.

If you suspect something is wrong with your yarrow, we recommend using a targeted insecticide or fungicide on any affected areas.

Whether you have yarrow in your garden or want to plant some, it's always good to know how to maintain them. From what we found, overwatering is the leading cause of yarrow death.

If you give your flower too much water, expect it to rot from the stems and roots.

Of course, if your flower gets too much water now and again, it shouldn't die, so don't panic if a one-time mistake happens.

Made it to the end? Check out these helpful related gardening posts below!

What To Plant Under Cherry Trees? 11 Great Suggestions!