Your Troy Bilt snow blower's auger should turn for the machine to capture and throw deep snow. But it's not turning, and now you're wondering why the problem occurred. Also, what can you do to fix it? We researched these concerns for you, and here's what we found!

A Troy Bilt snow blower auger may refuse to turn because it might have an underlying problem. The possible suspects often range from a damaged V-belt to a worn auger.

Troubleshooting the machine may help you determine the cause of the issue. You can then use the appropriate fix to restore the snow blower's normal functions.

So continue reading as we talk about these potential problems in greater detail. We'll also tackle the possible solutions you may use to help fix your Troy Bilt snow blower. With that said, let's begin! 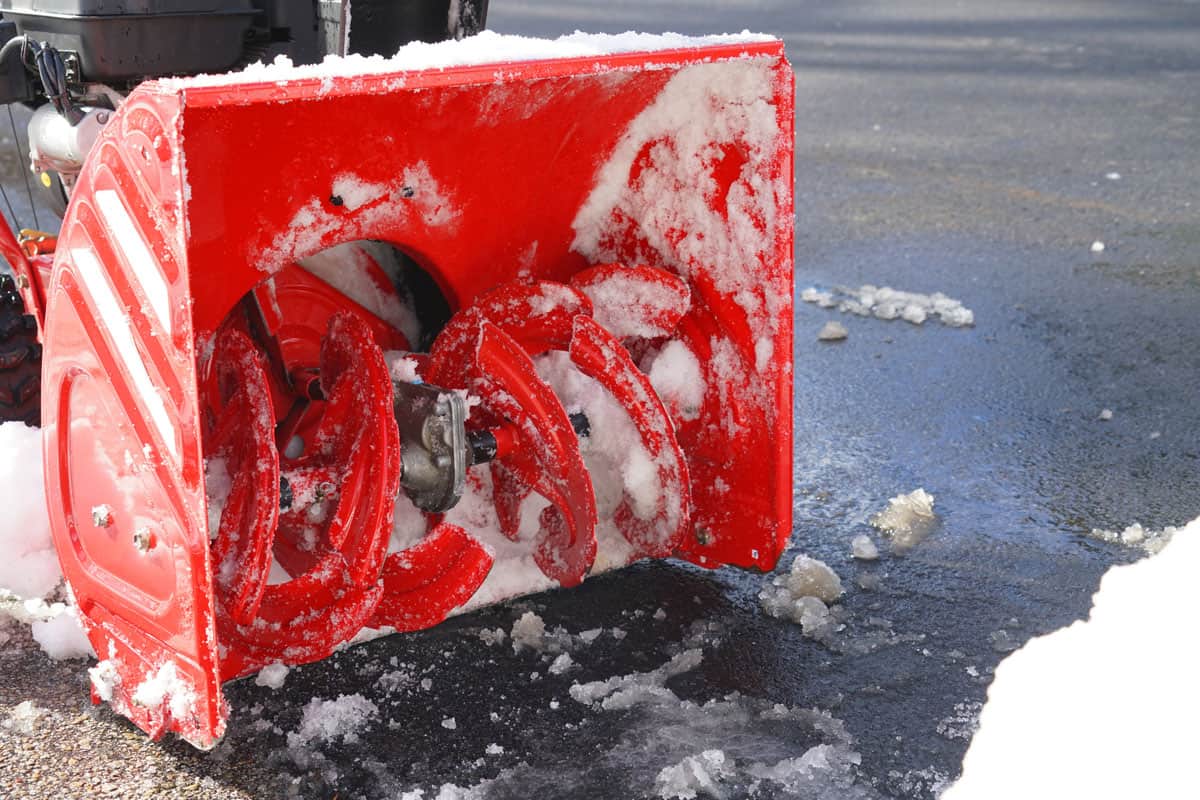 A Troy Bilt snow blower's V-belt or drive belt helps rotate the auger. But harm to this component can prevent the auger from turning, rendering the snow-blowing machine relatively useless.

The specific steps to replace a Troy Bilt snow blower's V-belt often depend on the machine's type.

In other words, single-stage snow blowers often demand fewer steps to replace the drive belt than a dual-stage unit.

Here are the general steps you can follow to replace a drive belt:

Check out this replacement drive belt on Amazon.

You can also watch this video if you need extra assistance: 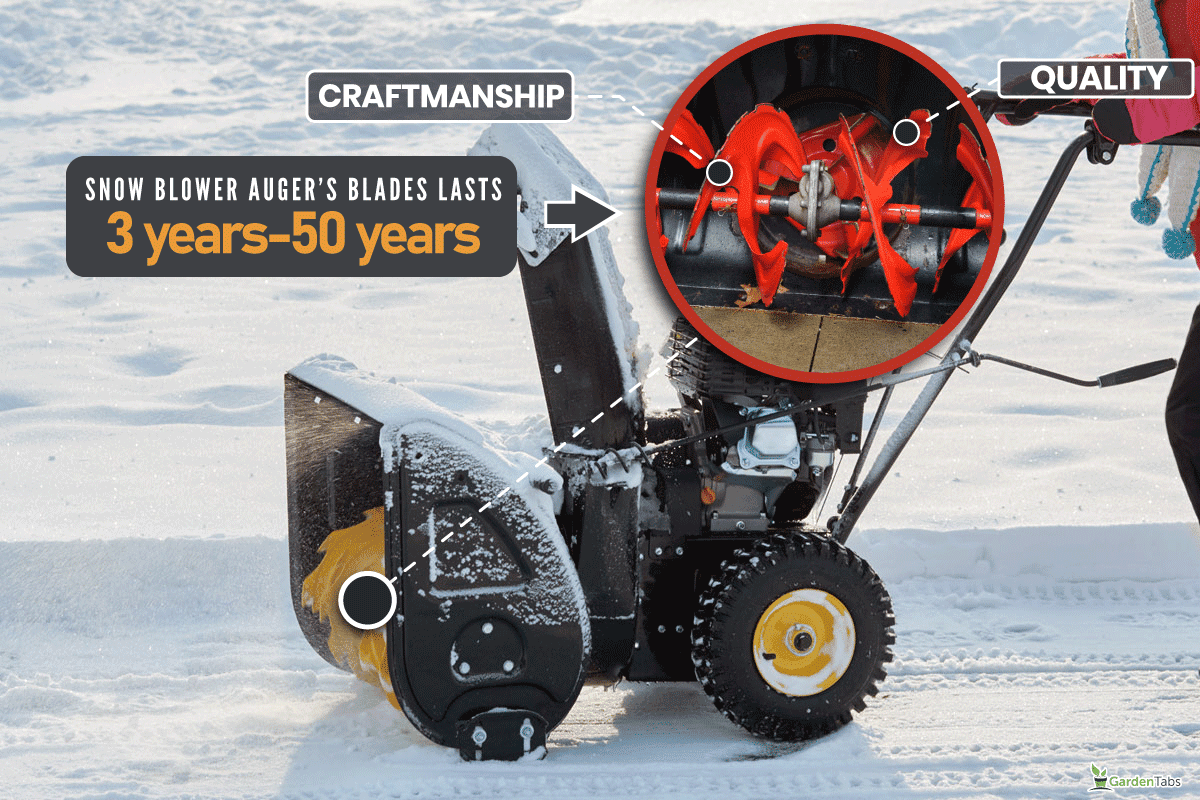 Take note that a snow blower auger's blades may last about 3 to 50 years, depending on the quality of the machine's materials and its craftsmanship.

But you may know that the auger is about to fail (or already fail) if it's not turning.

One way to determine if it's time to replace the auger or its blades is if there are visible indicators of irreparable harm to the unit(s).

It's important to mention that replacing the entire auger assembly is typically more laborious and time-consuming than swapping the blades.

If your troubleshooting results suggest that you only need to replace the snow blower auger's blades, follow these steps:

Warning: Be careful when handling the snow blower's blades. These components can be pretty sharp and can cut your skin if you're not careful.

Note: Make sure to purchase and install the correct blades. Some Troy Bilt snow blowers use blades with different orientations for one auger assembly.

Check out the video below for a visual of this process:

Also, watch this video if you want to gain insight on how to do a complete repair for a Troy Bilt snow blower auger: 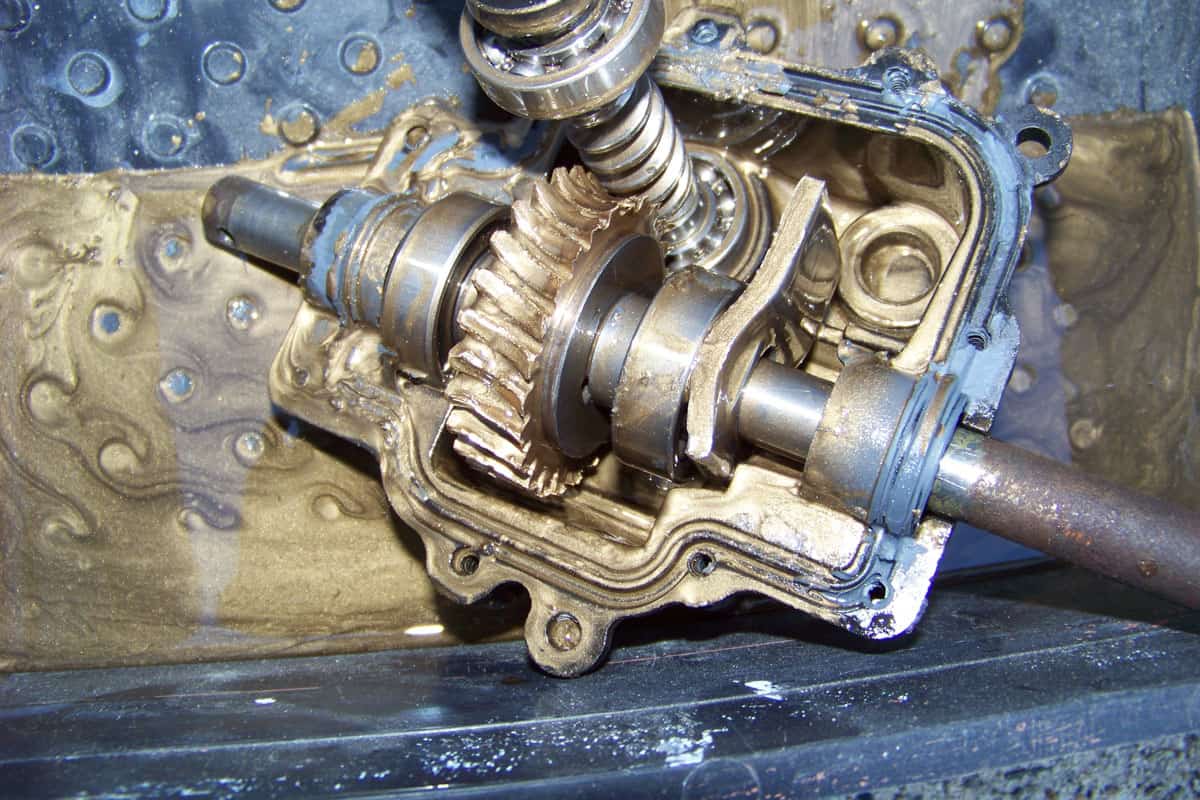 A snow blower's gearbox, particularly in a Troy Bilt unit, typically has gears to help the auger move or turn when needed.

But the gears can also become susceptible to dirt and debris accumulation, which may hinder them from moving correctly. Failure to remove the particles on the gear may result in the auger stopping altogether.

Cleaning the offending gear may help restore the auger's normal functions. But you still need to access the gearbox to clean the dirty gear.

Check out this video to see the above steps:

Warning: Ensure to place all the removed bolts and fasteners are in a safe yet obvious location. Losing bolts can prevent the machine from being secure, making it a health hazard when you engage its engine. 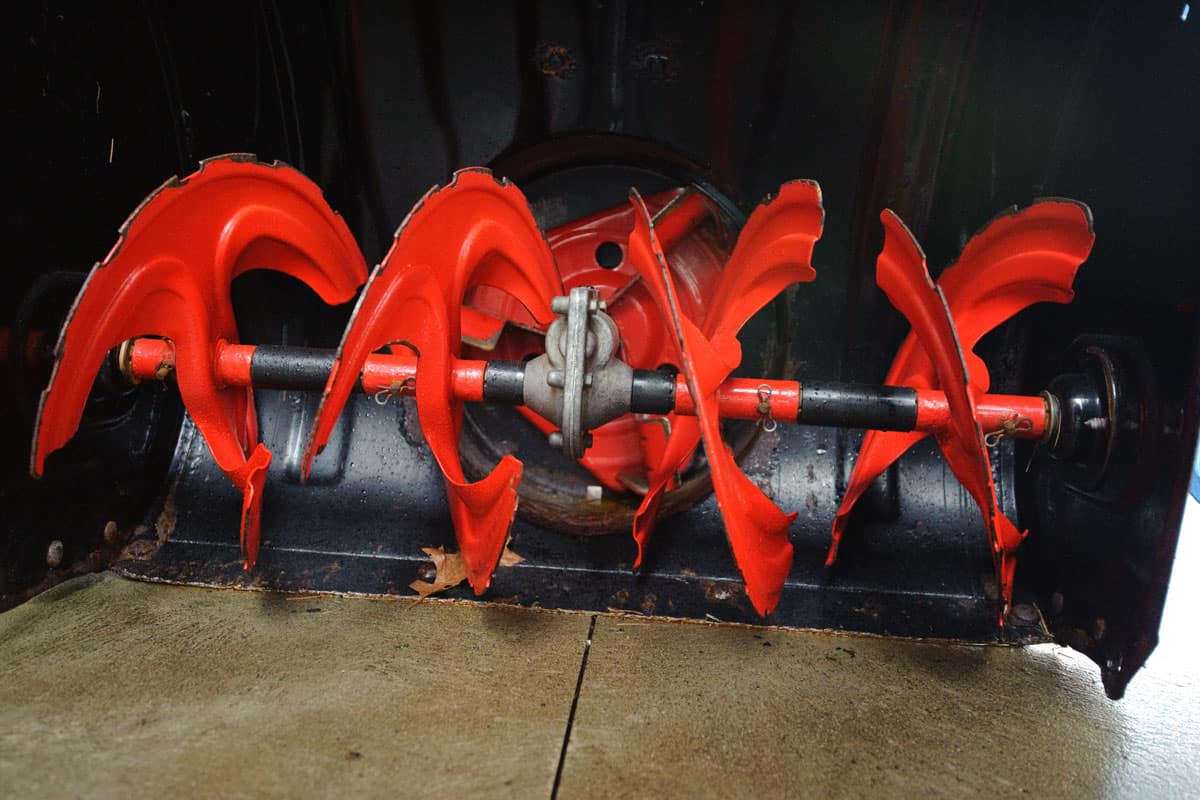 Your Troy Bilt snow blower's auger shouldn't spin without the help of its V-belt and the rest of the assembly. If you can spin the auger by hand, and it doesn't stop rotating quickly, the machine likely has a broken sheer pin.

Can You Turn A Snow Blower Auger By Hand? 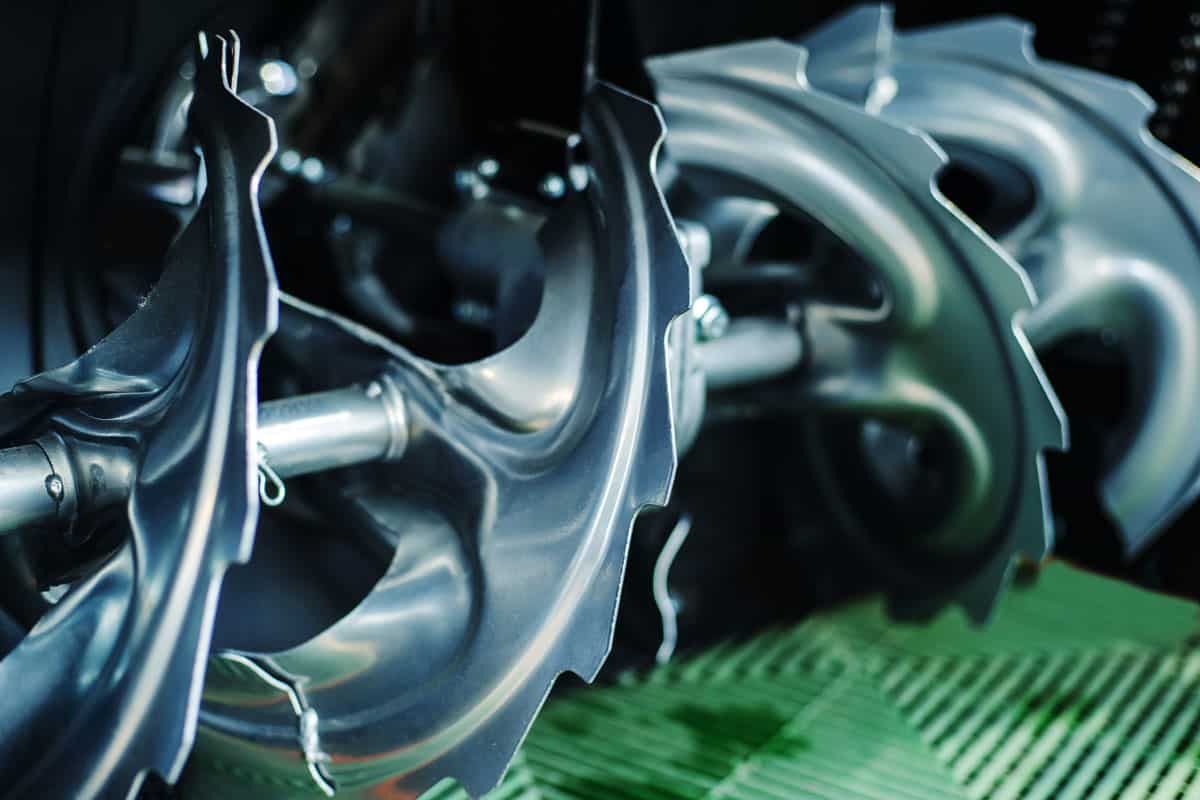 It's possible to turn a snow blower's auger by hand. But this task isn't without some risks and drawbacks. For instance, turning the auger by hand can be tiring, particularly if done for an extended period.

Turning the snow blower's auger while the machine is running can be hazardous and put you at a high risk of accidents and injuries.

Remember to troubleshoot the cause of your Troy Bilt snow blower's auger not turning before attempting to fix the machine. Tinkering with the unit without finding the leading cause of the problem first may result in further harm to the device than intended.

If you're looking for answers to other Troy Bilt machine concerns:

Troy Bilt Snow Blower Vs. Toro: Which To Choose?

What Is The Best Oil For A Troy Bilt Riding Lawn Mower?