After careful consideration, you boiled down your next snow blower from two brands: Troy Bilt and Toro. But which of these snow blower brands is the best? Luckily, we've done plenty of research and have the answer to this question below!

Choosing between Troy Bilt and Toro snow blowers may boil down to current preference and current requirements. But note that one company's wares aren't often the best in providing all benefits compared to the other business.

So you should continue reading as we take a deep dive into these two snow blower companies. We'll also tackle some models Troy Bilt, and Toro offered to help finalize your purchasing decision. With that said, let's dive right into this topic! 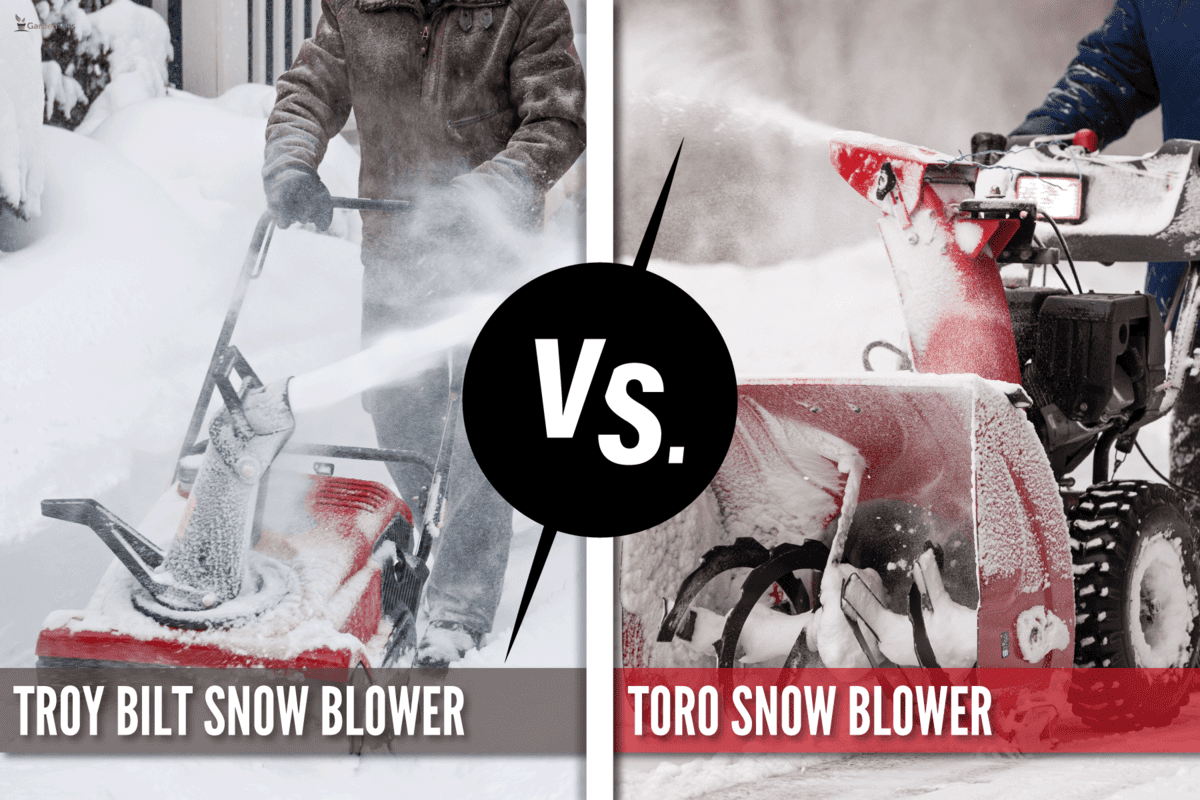 Troy Bilt began its journey into the snow blower niche back in 1937. The company opened its doors as a rototiller business. It then expanded its expertise and wares over time. 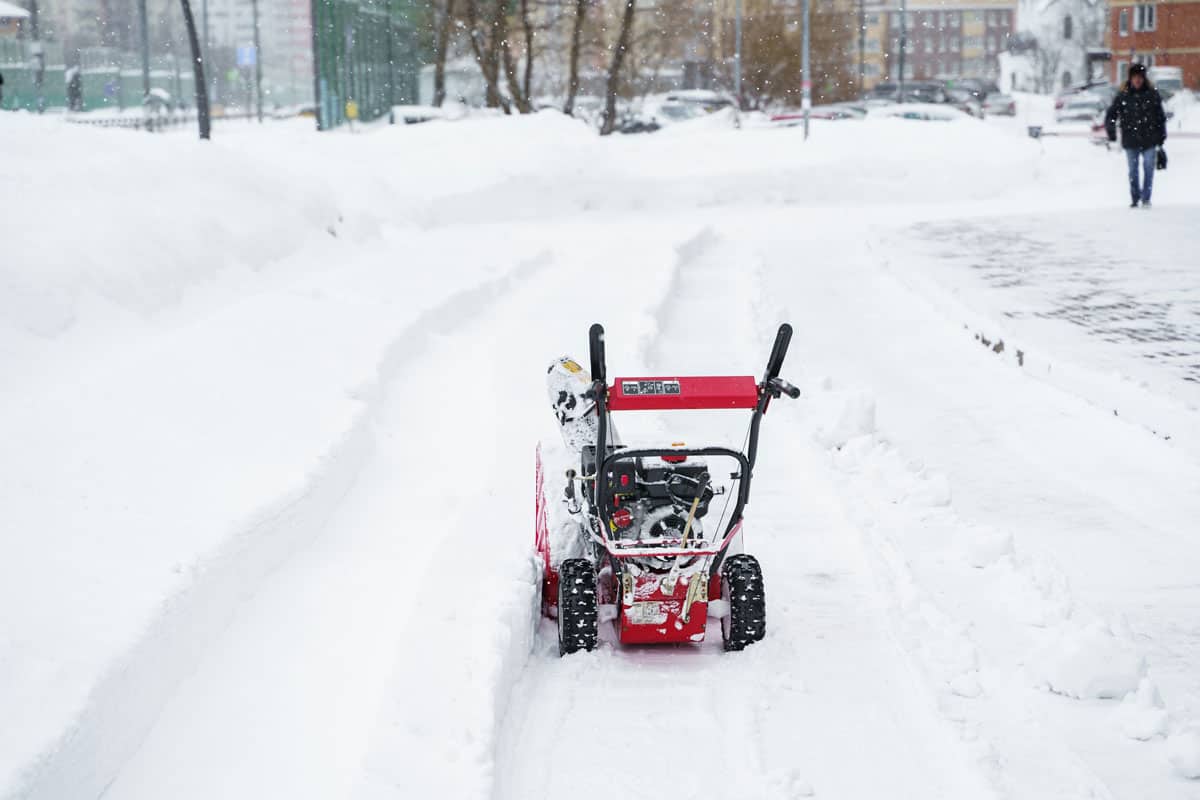 At the time of writing, Troy Bilt is now a known name in different sectors as it supplies customers with products like:

Headquartered in Valley City, Ohio, Troy Bilt also has manufacturing facilities throughout the USA. You can find these locations in other states like Ohio and Kentucky.

Check out this introduction video from Troy-Bilt's YouTube channel:

Troy Bilt offers single, two-stage, and three-stage snow blowers. However, some models stand out from the rest, thanks partly to their performances and quality features.

Some candidates worth mentioning are: 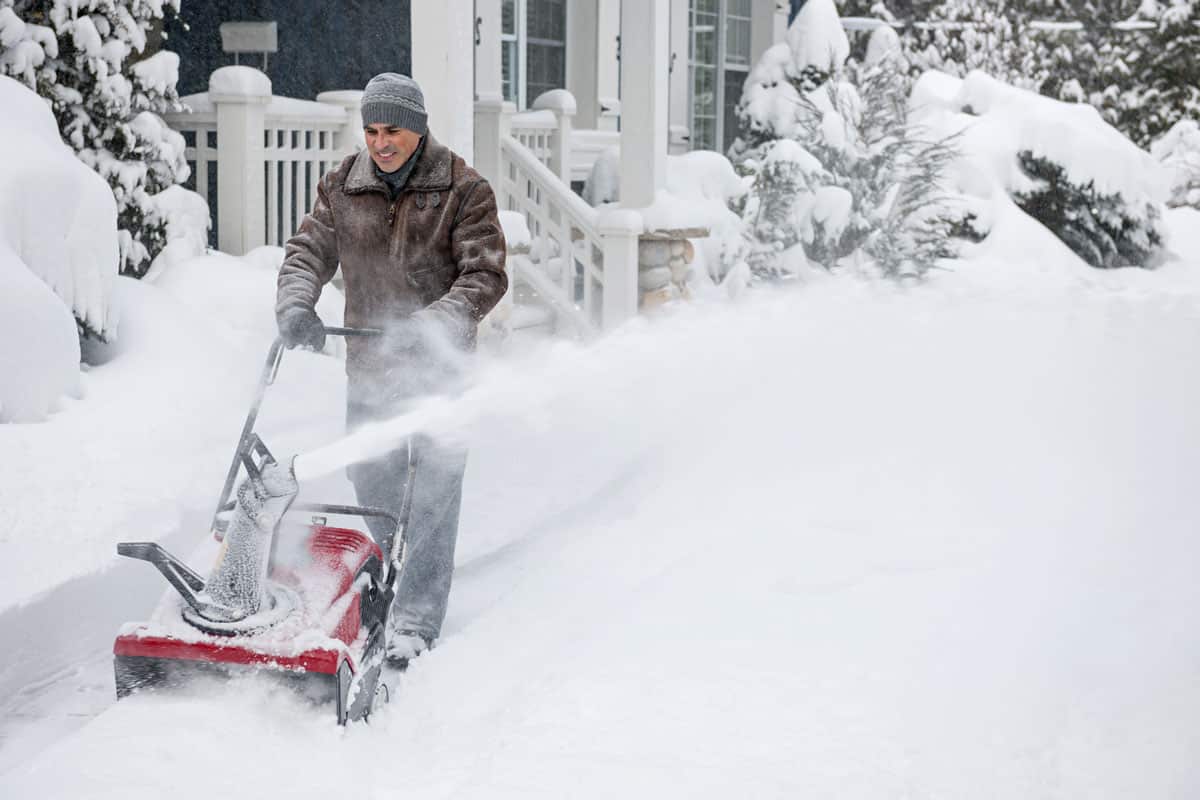 Storm 2625 is one of Troy Bilt's two-stage snow blowers, and it excels in clearing snow from driveways and other flat terrains. This model has a four-cycle 243cc engine, which users can start in two ways.

First, users can take advantage of the snow blower's electric start function to allow the machine engine to turn over. Another option is to pull the recoil system or pull-start handle until the engine turns over.

Plus, the Storm 2625 has a remote control snow chute. This 2-way joystick-controlled feature is slightly longer than many of its competitors.

Also, the remote functions don't require users to be near the snow chute to adjust its angle.

But this particular snow blower is susceptible to corrosion and rust. Nonetheless, owners can prevent these issues from degrading the machine by taking advantage of the appropriate security measures.

For example, you can cover the snow blower with a fairly thick material while it's in storage.

Unlike the previous Troy Bilt snow blower, the 210E is a single-stage model with a 123cc engine. Despite its weaker performance than Storm 2625, it should still help many homeowners clear snow from their properties.

However, it might be best to rely on this machine significantly for heavy snow-clearing.

Nonetheless, this particular snow blower should be weaker than other models made by Troy Bilt. However, some users report it can still throw wet and heavy snow out of their driveways.

It also doesn't have an electric start. But the recoil start system is often enough to ignite the engine and make it turn over for most users.

That said, you should consider how you store your snow blower, as this brand has complaints from people who don't properly cover them.

One problem that may arise if stored without attention to extra care is that the Squall 210E may frequently cycle, even when in use.

Check out this snow blower cover on Amazon.

Despite being a two-stage snow blower, the Storm 3090 may feel like it has a three-stage engine. It has a 357cc engine that turns over with an electric start mechanism.

Plus, it can help clear up to 18 inches of snowfall.

This model is also reasonably easy to use. The patented Touch N' Turn power steering is a trigger controller, allowing users to adjust the snow blower's chute's direction easily.

This controller is also reasonably soft because it allows users to fine-tune the chute's direction with a finger. Moreover, it should be pretty easy to replace the parts on a Strom 3090.

For example, owners need only to remove a broken shear pin from the machine and insert a new unit.

However, this thick and heavy snow blower makes it quite challenging to transport to desired spots.

Some users may need an extra pair of hands to move this snow-blowing machine from one location to another, particularly if the property has deep snow.

Watch the video below if you want to know how to operate the Troy Bilt Storm 3090:

Are Troy Bilt Snow Blowers Worth It?

Many of Troy Bilt snow blowing products have great reviews from customers. Here's a quick rundown of some of the pros and cons presented by specific snow blower models from this company: 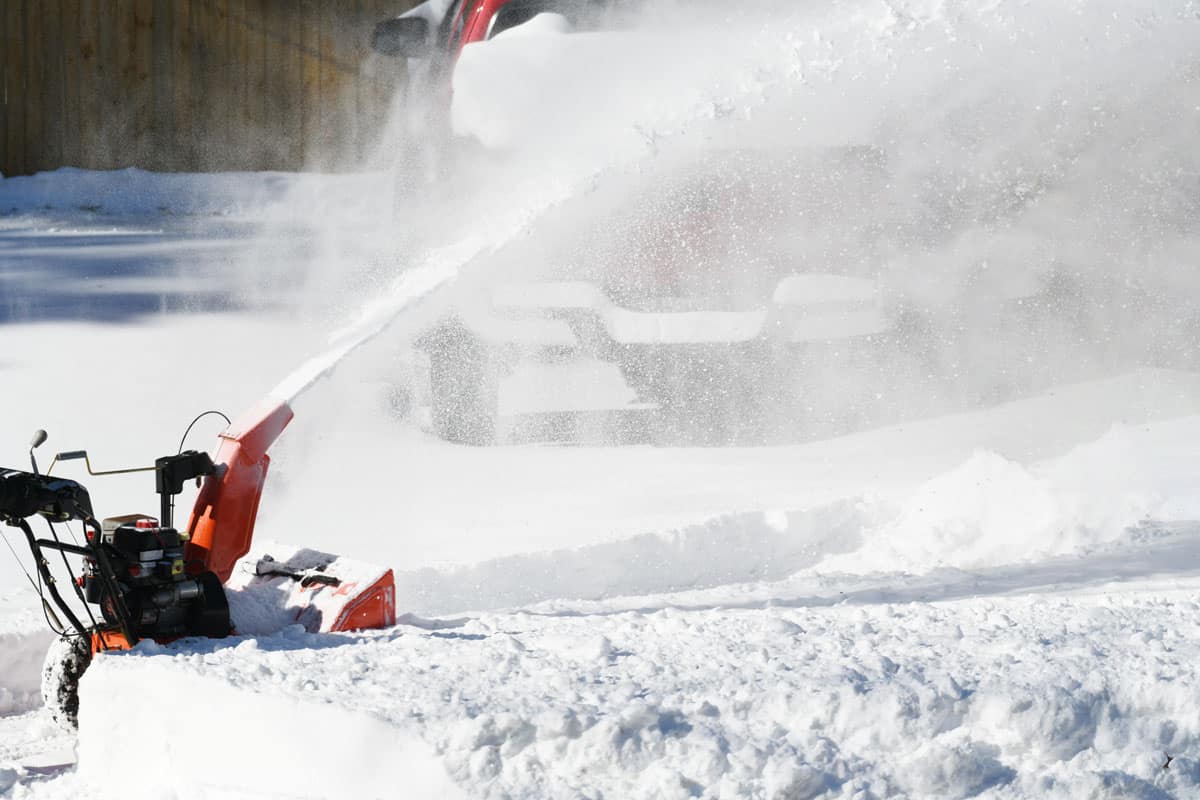 The Toro Company entered the outdoor environment maintenance sector in 1914. Today, it offers different pieces of equipment for various lawn care needs, including machines meant for:

Check out this short clip to learn more about the Toro Company:

At this point, you might also be curious to know if Toro makes its mowers in the USA.

Off the bat, the Toro SnowMaster 724 is quite expensive. However, this particular snow-blowing machine justifies its high price tag with its premium features.

For instance, it uses a two-stage auger technology built around a single-stage snow blower.

This framework allows the machine to throw snow 40 feet away from the property. Its snow-blowing speed is also quite impressive.

However, it could be better if the machine had a larger gas tank. So users may need a spare supply of gas when clearing a lot of snow from their properties with this unit.

But its relatively small design also means it's carrying a reasonably small motor. So don't expect this model to throw heavy snow to a distant location. 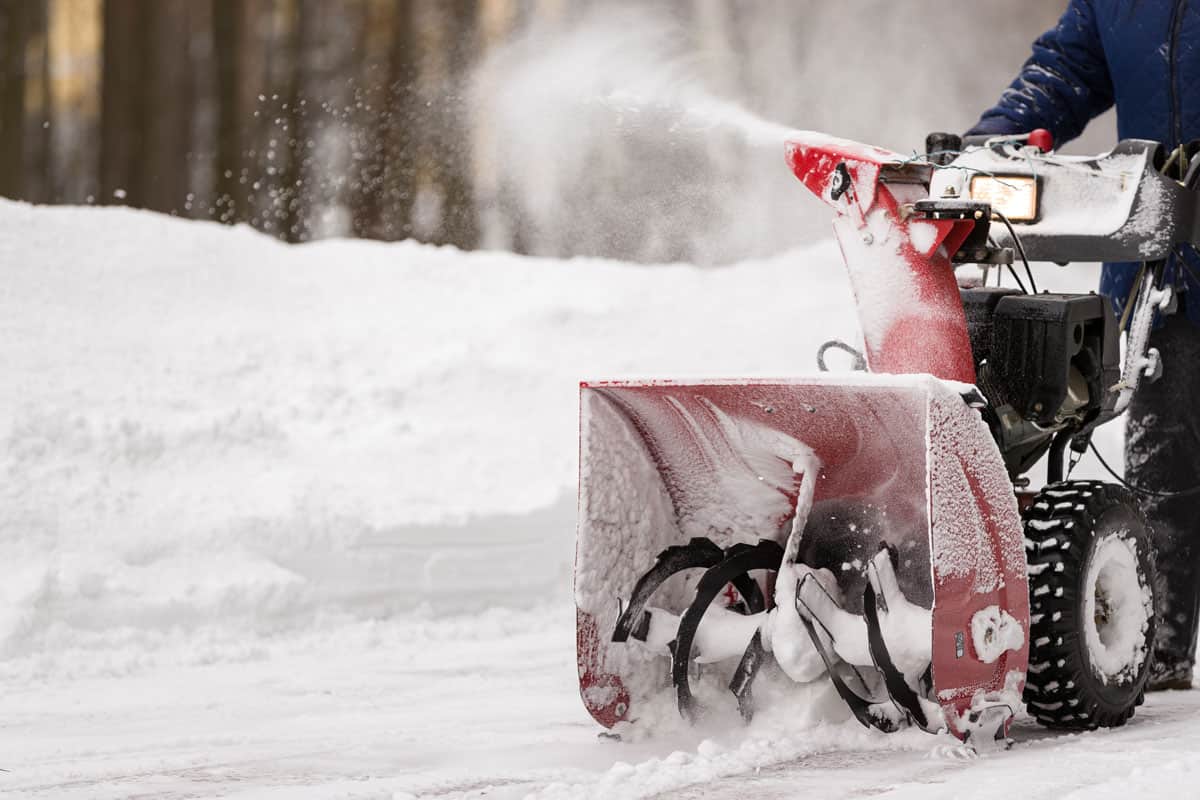 Are Toro Snow Blowers Worth It?

Like the Troy Bilt snow blowers, some of Toro's snow-blowing machines can promote excellent value to the right users. Here's a quick rundown of what to expect when using a quality Toro snow blower:

Is Troy Bilt And Cub Cadet The Same Brand?

Although snow blowers made by Troy Bilt and Cub Cadet aren't the same in all aspects, both companies rely on one manufacturer for their engines.

However, the engines installed in both businesses' snow blowers typically have different features and specifications. That way, the snow blowers can separate themselves from the rest of the market.

What Is The Most Reliable Snow Blower Brand? 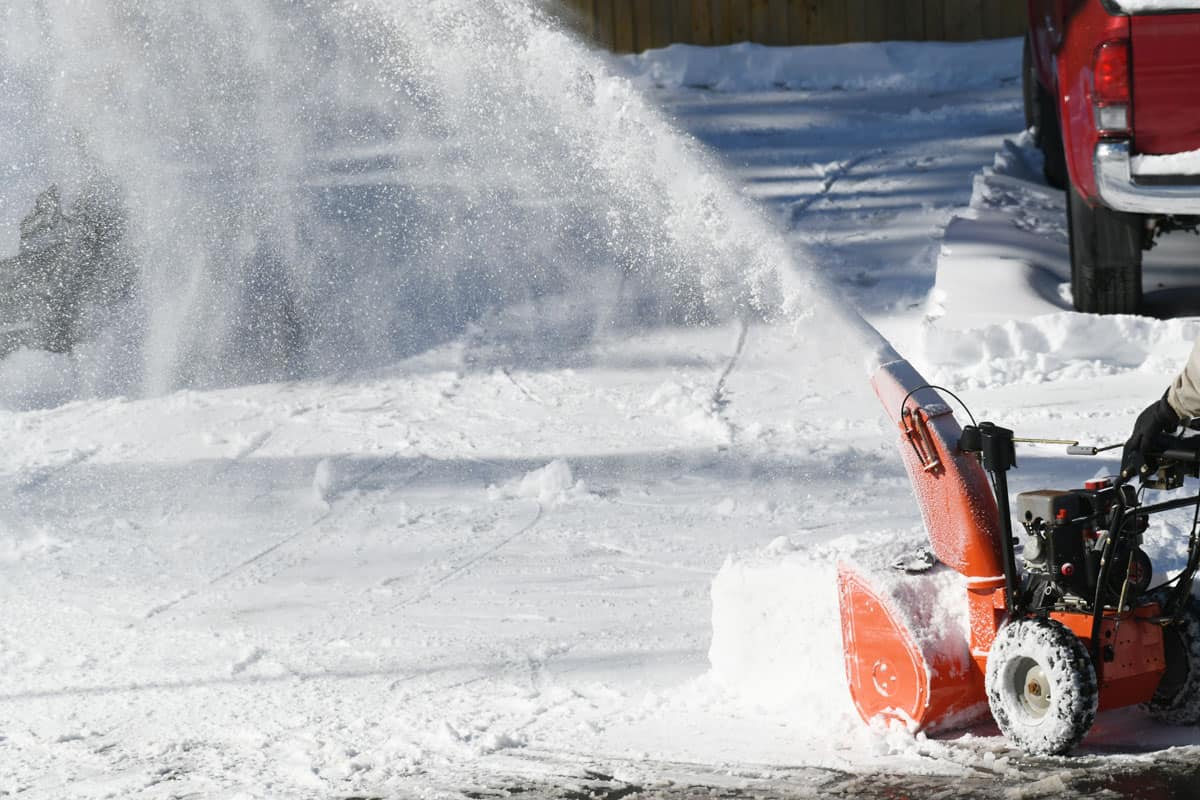 Aside from Troy Bilt and Toro, another reliable snow blower brand is Greenworks. This company opened its doors to making and selling various property maintenance tools in 2002.

It also helped pave the way for wireless controls, allowing homeowners to direct machines without being near those equipment. 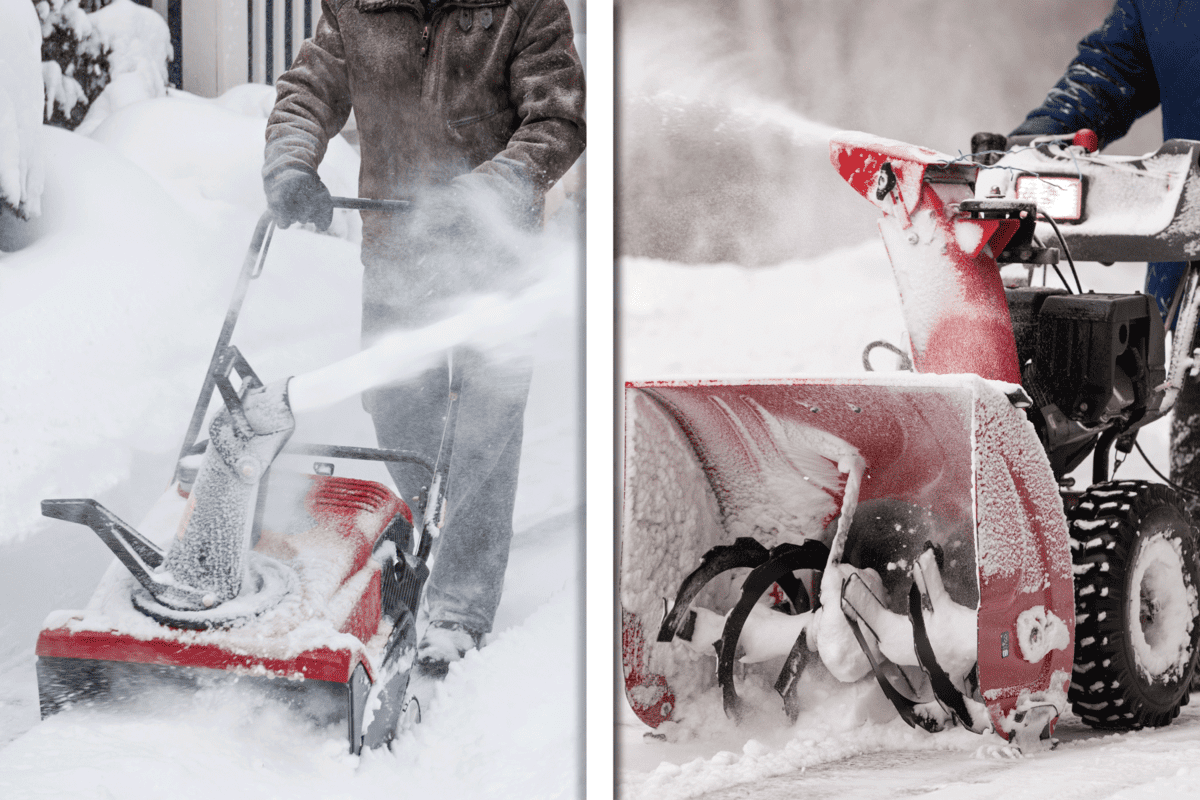 Troy Bilt and Toro make and sell excellent snow blowers. So take the time to look through these companies and their wares to ensure you get the most value out of your upcoming purchase.

And while we have your attention, check out these related articles:

Can I Shovel Snow Into The Street?

Can Palm Trees Survive Snow? [The answer may surprise you!]