The world is full of different kinds of mosses, and one of the most well-known and useful is sphagnum moss. It can be purchased live or dry and in bulk and can be found growing in marshes and bogs. It can also be grown at home very easily. 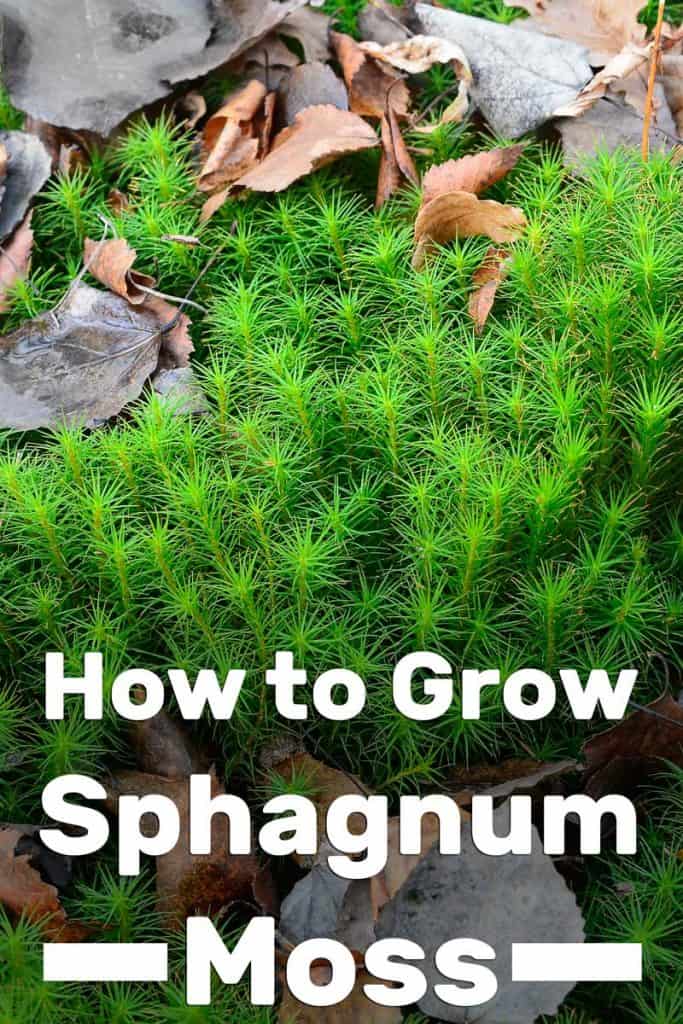 What is Sphagnum Moss?

Sphagnum moss is commonly referred to as peat moss and is made up of a genus of around 380 species of mosses. Living and dead sphagnum moss can hold large amounts of water and is commonly found growing in swamps and bogs. It is called a habitat manipulator because of its ability to change the landscape of where ever it grows. It can hold up to 26 its weight in water, so as it grows in a dry landscape, it can create a boggy marsh area.

Here's a post about hair cap moss for your garden, maybe you'll find this interesting.

Sphagnum moss grows in a tight cluster of branch fascicles around the main stem. These fascicles consist of a couple of spreading branches and a couple of hanging branches. The stem leaves vary in shape depending on the species but have small living green cells and large, clear, dead cells that can hold water.

Sphagnum Moss is most commonly found as a bright green color, but certain types are red, orange, and yellow as well. It does not grow very tall, being from less than a tenth of an inch to just over 3 inches in height.

Sphagnum moss can grow .75 -4.75 inches per year. It prefers temperatures that range from 50 degrees to 70 degrees. In nature, it thrives in the boreal forests of North America.

There are four types of Sphagnum species:

This type of peat moss is orange or red and forms above the water line. Its slender branches tend to grow tall and straight.

Cuspidata is bright green in color and normally have uniform hanging stems. When dried the branches tend to bend backward.

This moss has green leaves and red or brown branches. It is easy to recognize as it is the largest type of sphagnum moss and forms large hummocks and is the largest of the four.

This type has round, swollen, curved branches and is often found in shades of copper, but also in green, red and yellow. It grows mostly in marshes.

There a many uses for Sphagnum Moss:

This beautifully colorful piece of Sphagnum Acutifolia is the perfect size to start a new batch of moss.

Sphagnum moss reproduces by spores that are spread by the breeze, helping to bring moss to new locations.

Grown in a Tray

Start your own batch of peat moss with small pieces of live moss in a tray much like this. With the proper conditions. you can soon have a tray full of bright green moss to use however you need.

Here dried sphagnum moss is used as a base for these gorgeous orchids. The plants can receive just the right amount of moisture by adding water to the moss as needed.

Live sphagnum moss is often used at the base of another type of larger plant. It works as a mulch and helps keep the moisture in the soil.

Moss can be used as the grass and shrubbery in an adorable diorama-styled terrarium.

Growing In the Wild

Sphagnum moss grows in the bogs of Scotland, and the resulting peat is a source of energy.

Bright stars of vivid green sphagnum moss create a soft carpet on the forest floor. Create the same effect in a shady corner of your garden.

A Vision of Contrast

Stunning purply-red sphagnum moss is paired with a bright green one to create the perfect backdrop for the darker green plant that is situated in the middle of the pot.

Moss by the Pound

Sphagnum moss is available in small or large quantities, depending on the purchaser's needs.

When starting inside, use a small shallow tray or pot to get your moss off to a good start. This sample will soon be ready to transplant to a charming terraium or used to mulch a larger potted plant.

Growing in the Wild

Sphagnum Subsecundra grows in a variety of colors and looks beautiful in a wooded landscape.

Where to Buy Online

Greenery Factory offers on gallon pots of live sphagnum moss for you to use to start larger batches of moss, either inside or outdoors.

If you don't need that much moss, you can get a quart of live moss from Terrariums Vivarium.

Josh's Frogs offers quart bags of dried sphagnum moss. Use this to pack plants, keep soil from washing away, and to hold in moisture in potting soil.