Deciding whether to deadhead your plants or not can be tricky at times. Do you have sea holly but don't know how or if you need to deadhead one? We've done the work to bring you the answer to this question.

Routine deadheading should be a part of every sea holly's maintenance. Most times, sea holly will produce more flowers if they are deadheaded during their blooming season, so that is an excellent incentive to do so. To deadhead a sea holly, gently pinch or remove any dead flowers from your plant, avoiding stem damage. Once you do this, sit back and watch your flowers bloom all over again through the summer and fall.

As we begin, we will cover all things sea holly and tag some helpful related products. Whether you have sea holly currently in your garden or want to plant some, deadheading is a must. With that said, let's explore this topic! 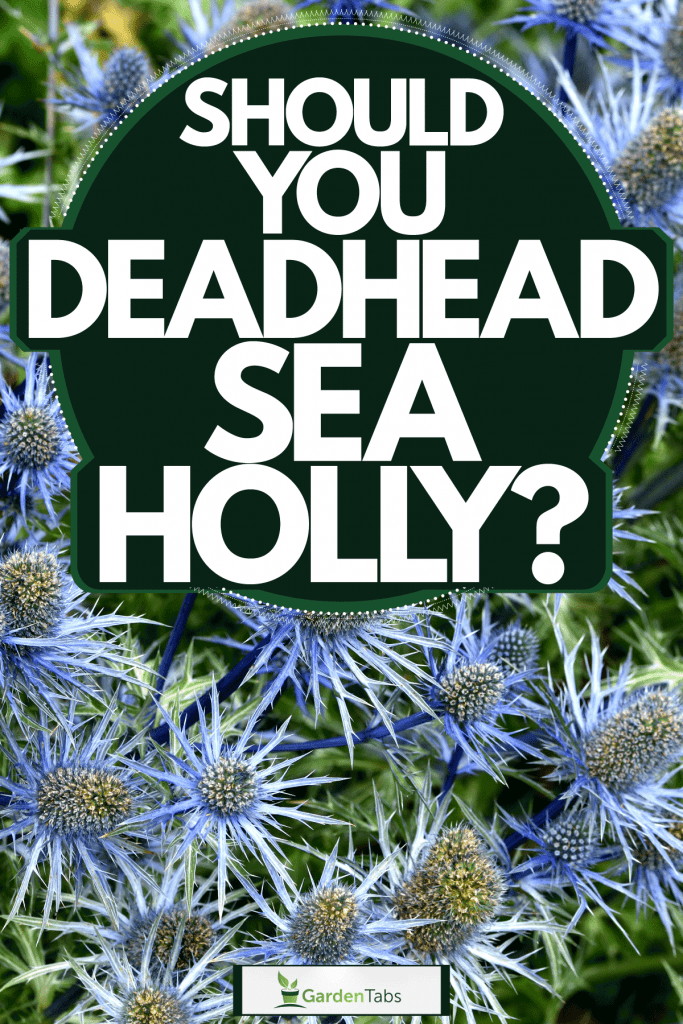 Why Should I Deadhead Sea Holly?

When it comes to deadheading sea holly, this is a great way to encourage new growth and constant blooming. Generally, sea holly will begin to bloom in the mid-summer and continue until late fall. With that said, you have plenty of time for flowering on your plant as long as you keep them stimulated. Think of deadheading like a haircut, essentially promoting new growth and overall plant health. 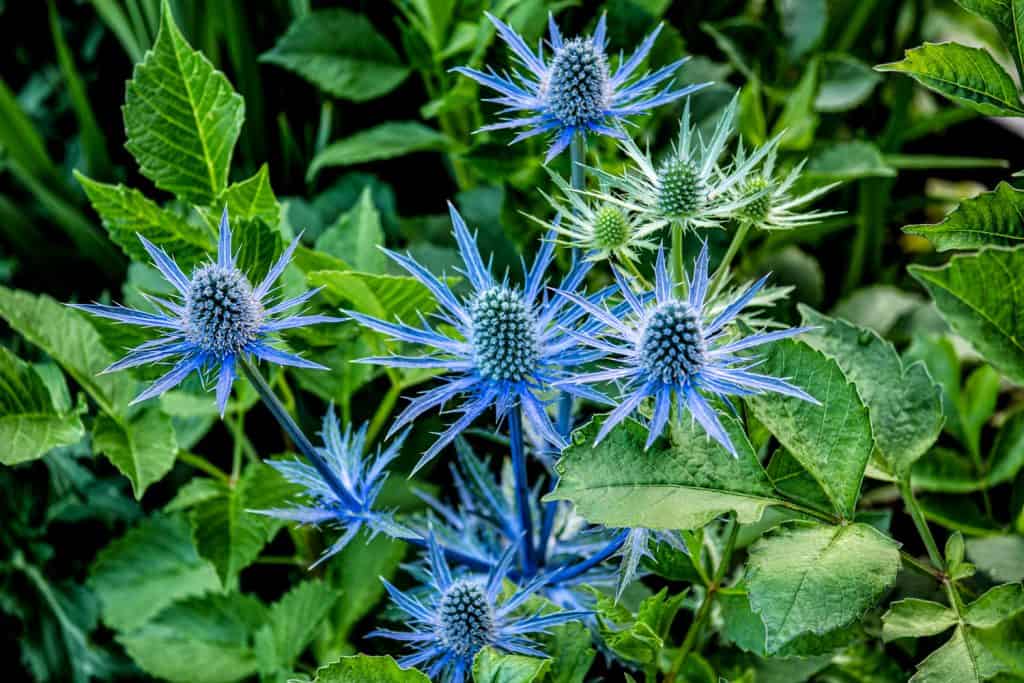 How Should I Deadhead Sea Holly?

When deadheading sea holly, make sure only to remove flowers that have stopped blooming. Once you locate any areas with dead flowers, pinch or cut them from their stem and wait for new blooms. Typically, new growth should start to pop up within a few weeks after deadheading your sea holly. Although you do not need to deadhead every time a flower stops blooming, we recommend it if you want consistent color in your garden.

Is Deadheading Good For Plants?

Similar to pruning, yes, deadheading is beneficial to your plant's overall health. Like seasonal pruning, deadheading is an easy way to encourage new growth and thickness in your plant. Sea holly, in particular, reacts well to deadheading and does better with regular upkeep. Although this flowering plant doesn't require tons of maintenance, it never hurts to show your sea holly some extra TLC.

How Often Should I Deadhead Sea Holly?

Depending on your plant, this might be different for everyone. Generally, we recommend deadheading sea holly as often as you notice spent/dead flowers. Whether it be once per week or every morning, only deadhead flowers showing no further signs of blooming. Prematurely deadheading won't cause a considerable amount of issues for your plant, but it might affect flower regrowth.

How Long Does It Take For Sea Holly To Bloom? 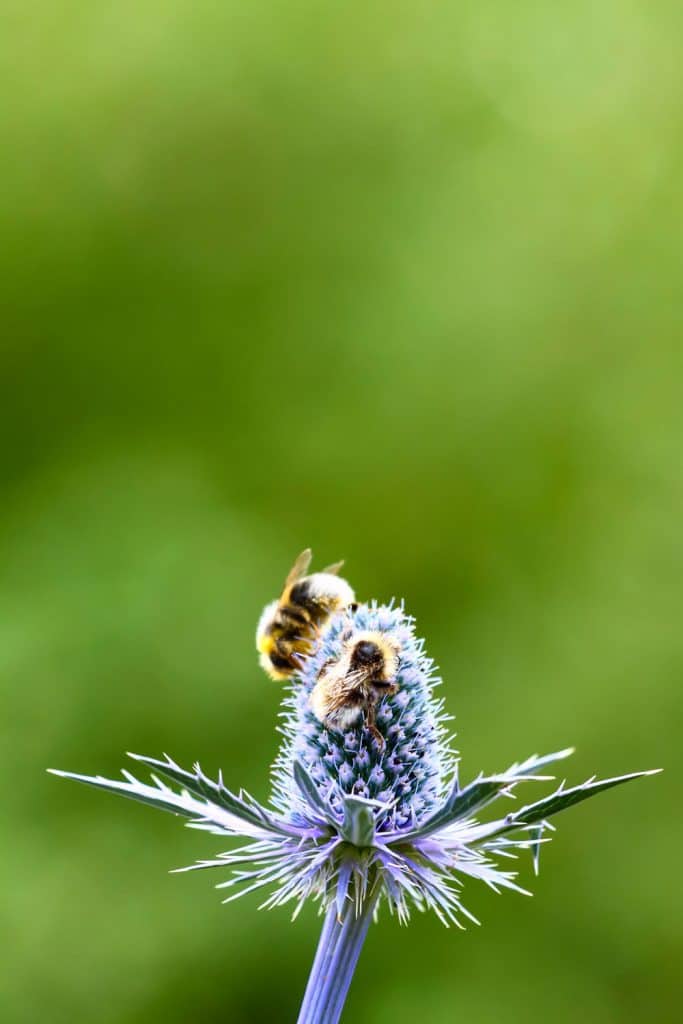 Generally, sea holly will begin to bloom once they mature, which usually takes a year. With that said, if you plant a semi-mature sea holly during the early spring, there is a good chance you will see flowers in its first blooming season. Sea holly is relatively fast-growing, so you won't have to wait years before experiencing their gorgeous blue flowers.

Does Sea Holly Die Back In The Winter?

When it comes to wintertime, sea holly will die back until the early spring. This is very normal for sea holly, and as long as its soil has good drainage, you should see it return when the weather warms up. With that said, make sure to trim down your plant, only leaving evergreen sections before the winter season. By doing this, you allow your sea holly to conserve its energy during colder temperatures and bounce back quicker in the spring/summer.

Where Does Sea Holly Grow Best?

Is Sea Holly Easy To Grow?

Sea holly, in general, is a very easy plant to grow. Whether you live near the beach or in the city, sea holly will thrive if its soil and water conditions are good. Surprisingly enough, sea holly tends to thrive in harsh areas such as grasslands, coastlines, and even rocky plains. As long as a sea holly has good draining soil and plenty of sunshine, it will grow in your garden.

Is Sea Holly A Perennial? 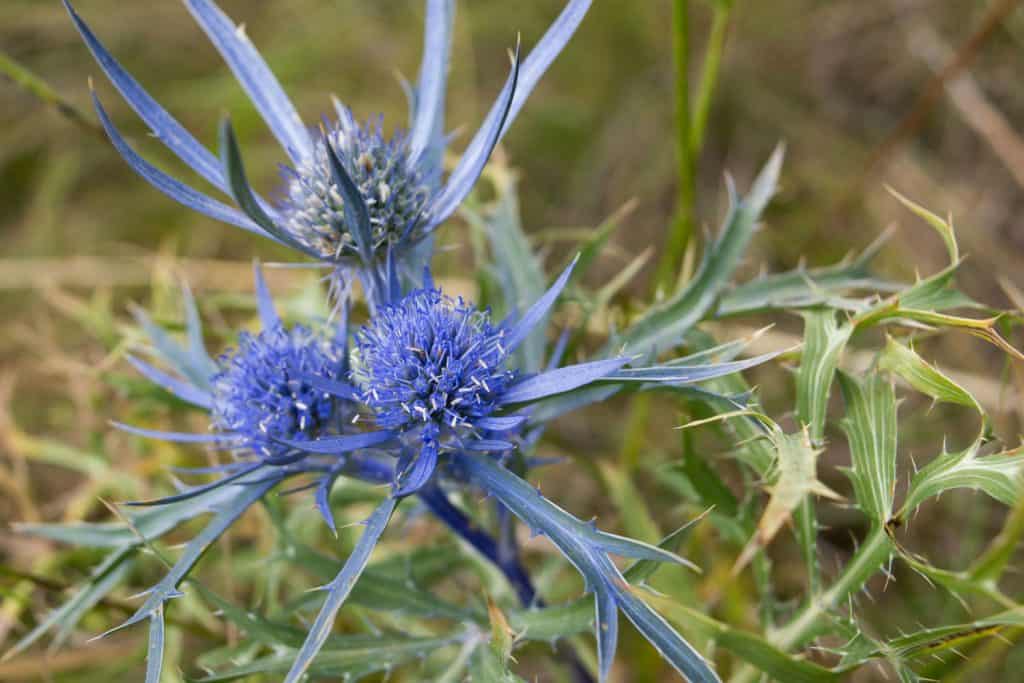 When it comes to sea holly being a perennial plant, we found that they are. Perennial plants are those that live more than two years, meaning sea holly won't die after its blooming season. Unlike annuals or biennial plants, perennials can return to life after winter or their natural dormancy period. If you want to plant a bright, beautiful flower in your yard that won't die after one year, we recommend a sea holly.

These seeds grow in zones four through nine, should be planted in the spring, and come in a 400 pack as well.

Can You Take Cuttings From Sea Holly?

For those wanting to take cuttings from their sea holly, you can do this, but it might be difficult. Due to the sea holly's taproot system can be tricky to propagate without severely damaging your existing plant. Typically, sea holly will spread its seedlings without needing help, so check the area around your plant for new growth.

Although you can take cuttings from sea holly, we suggest waiting for them to drop their seedlings so you can replant those rather than taking sections from your original plant.

Should You Fertilize Sea Holly?

When it comes to fertilizing holly, this is not always needed. Typically, deadheading your plant should be sufficient during its growing season for promoting new growth. Sea holly doesn't always react well to fertilizer, and doing so might lead them to sprawl and look leggy.

If your plant does not get enough sun or looks like it is dying, that is when a little fertilizer might be beneficial. We recommend using an acidic plant fertilizer and one with a granular formula.

This plant food has an acidic formula to promote new blooms, is ideal for hollies, and is safe for the environment.

See it on Amazon here.

Like we mentioned, yes, sea hollies do require sunlight to grow properly. Ideally, your sea holly should get at least six hours of direct sunlight per day. With that said, if you have a partially shaded garden with only a few hours of direct sun, you are still able to grow sea holly.

Although your holly will not grow as fast as one in full sun, it shouldn't die as long as it has good draining soil. Those living near the beach tend to have the best luck with sea holly, as their ecosystem is perfect for growing them.

Whether you currently have sea holly or plan to grow them, deadheading is always a good idea. From what we found, sea hollies benefit from routine deadheading during the summer and fall growing season. Although this is not necessary, deadheading does promote new growth and constant blooming for your holly.

Ecosystem-wise, sea hollies prefer full sun, slightly acidic soil, good drainage, and thrive near the coastline. Regardless of where you are, remember to plant your sea holly somewhere with six or more hours of sun and deadhead them regularly.

Still with us? Head on over to these helpful related plant reads!

Should You Deadhead Amaryllis? [And How To]

How To Grow Holly From Cuttings [Holly Propagation Guide]