Preparing your garden for the upcoming spring season can feel daunting at times. Do you want to try planting a few perennials in your yard before the last frost but don't know if that's a good idea? Will your newly planted perennials die? We will cover all of these questions below. Let's dive in!

In general, as long as the perennial(s) you plant are frost tolerant, it's fine to put them in the ground before the last frost. You want to plant a perennial 2-3 weeks before the final frosting to ensure they have enough time to secure themselves into the soil.

However, covering any new plants in your yard before a cold spell is good, so keep that in mind.

As we begin, we will cover all things perennials and discuss whether you can plant them before colder conditions. Whether you're new to perennials or have a few already in the ground, we're here to offer some guidance. With that said, let's get right into this topic! 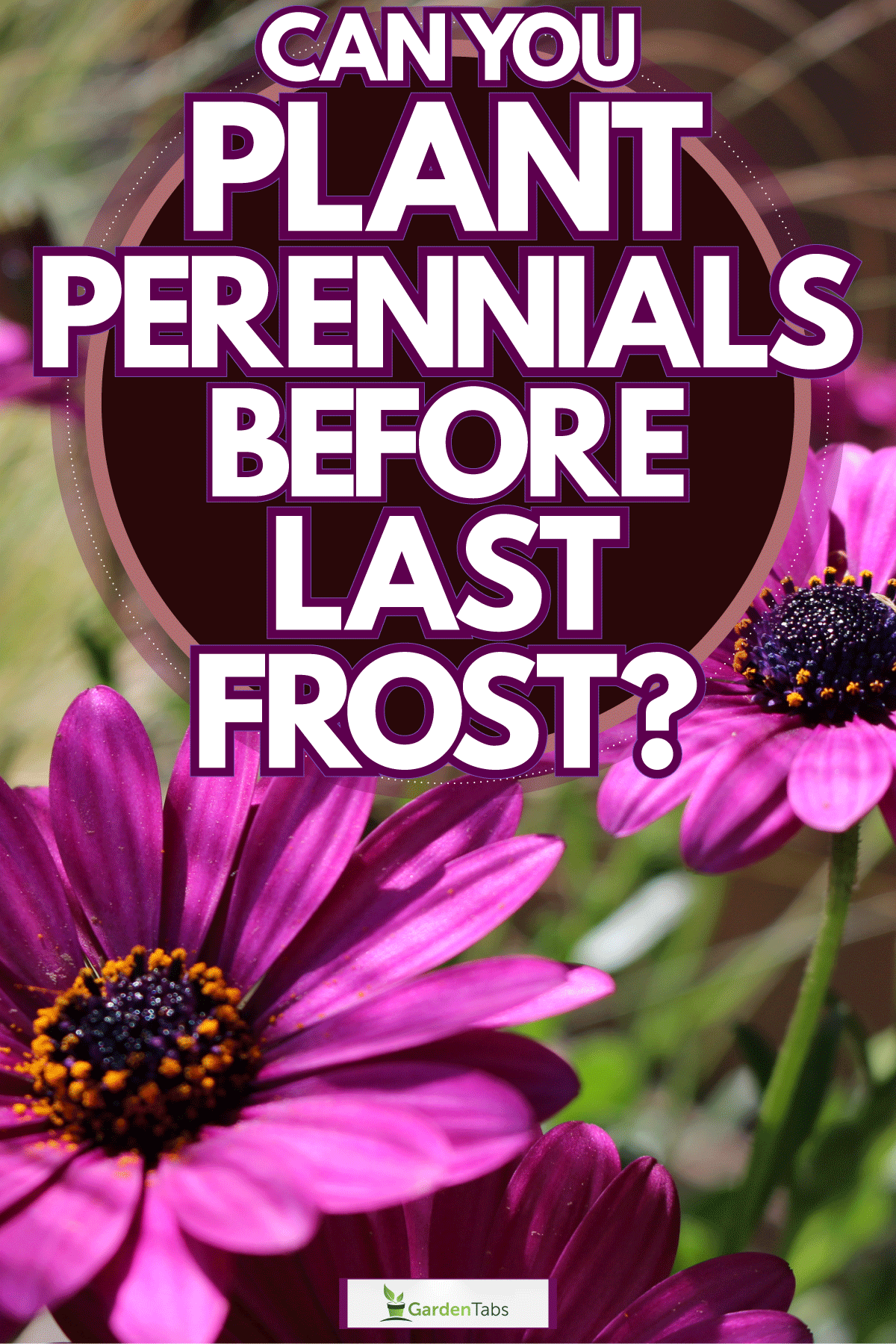 Is It Okay To Plant A Perennial Before The Last Frost?

Yes, as long as your perennial can handle colder weather, it's okay to plant it before the last frost. Considering the last frost of the spring season tends to be less severe, most plants can tolerate it.

However, giving your perennial a few weeks in the ground before the final frost hits is important, so we recommend 2-3 weeks prior. 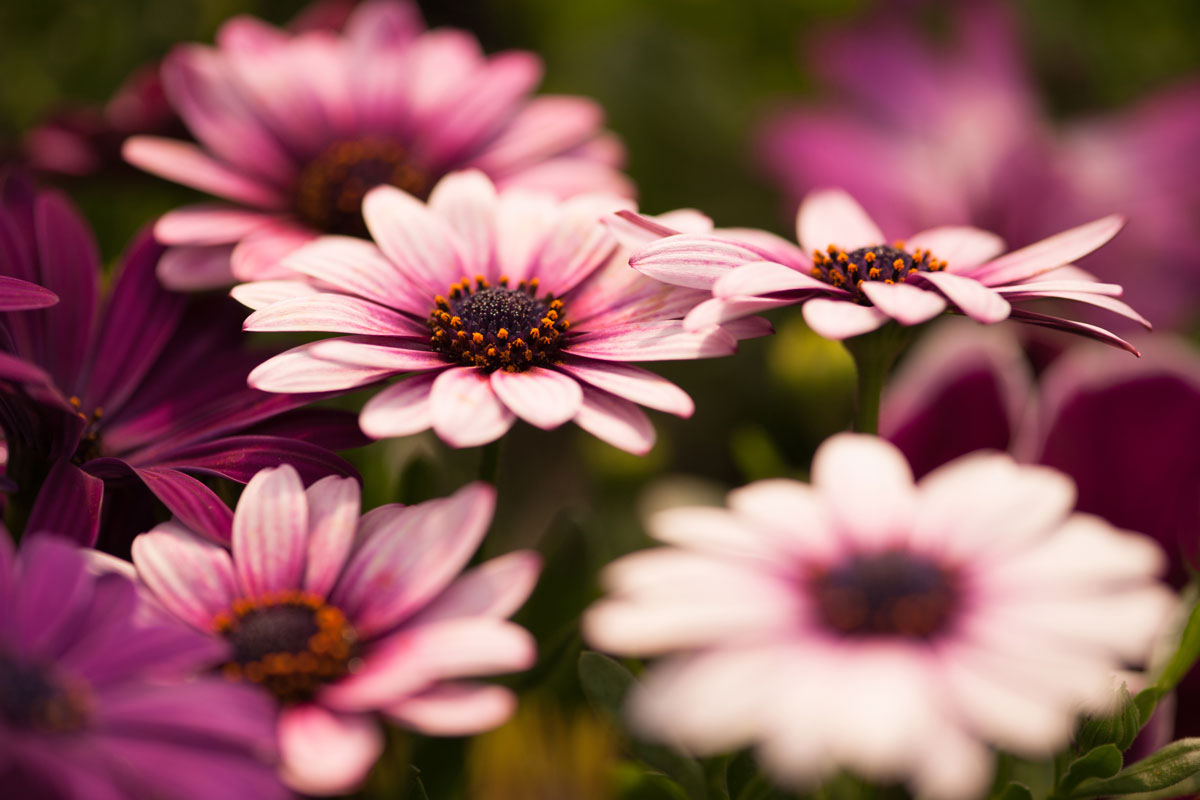 Having your plant(s) settle into their new environment for a few weeks pre-frost will help them to be secure enough to survive the cold spell.

Newer plants don't always have strong enough roots to handle frosty temperatures, so this is imperative.

Furthermore, if you plant flowering perennials before the last spring frost, you may want to cover them. If not, you risk your flowers dying or discoloring, which might not return until the late summer/fall.

Is It Better To Wait Until After The Last Frost To Plant Perennials?

In general, waiting until the last spring frost has happened to plant a perennial is safer. Although you don't necessarily need to hold off, doing so will ensure your new plant's roots won't become damaged.

As we said above, newer plants, perennial or not, aren't usually strong enough for a frost/freeze. For that reason, many gardeners choose to wait until the weather is warm before adding any new foliage to their yards.

That said, if the perennial you want to plant has a cold tolerance, it shouldn't have any issues after the last frost. Additionally, you can also cover your new plants before the temperatures drop, which will keep them warm.

That is especially helpful for flowers, as they tend to get hit the hardest during frosting periods.

Regardless, keeping an eye on the weather forecast before doing anything is crucial because too much cold for a new plant can kill it.

The last thing you want is to give your perennial a few weeks to settle before a freeze, only for it not to be the final one of the season.

When Does The Last Frost Typically Happen? 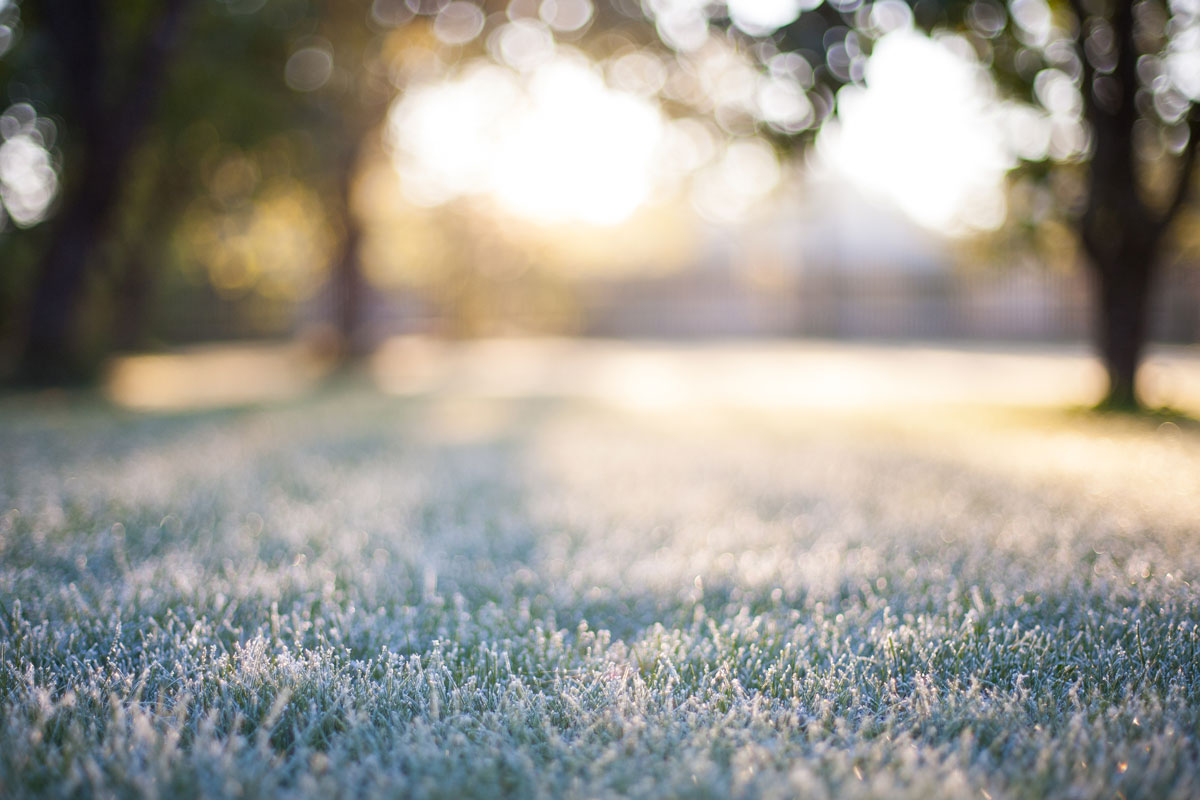 Of course, this can and will depend on your USDA growing zone, so everyone is different.

Here is a list of the expected dates for the last frost by USDA zone:

As you notice, USDA zones 10-13 will not experience a final or first frost, so if you're in those zones, feel free to plant a perennial whenever you see fit.

For those in one of the other frost-prone zones, you want to either plant your perennial(s) 2-3 weeks before the expected last frost or wait until afterward.

These dates are not set in stone, so you will likely have to wait slightly shorter or longer, depending on the yearly weather forecast.

Some winters are much colder and longer than others, so this can be tentative.

What Temperature Is Too Cold For Perennials?

If you've already planted your perennial and the weather calls for more frostings/freezing weather, you may not be entirely out of luck.

Generally, a perennial can withstand temperatures in the low 30s and upper 20s Fahrenheit. That means as long as your plant has a couple of weeks to adjust, it may survive one or two frostings.

Again, this can vary depending on the plant species and its current growing conditions. A newer perennial's roots will not be very strong, which isn't usually a good pairing for below-average temperatures.

According to Iowa State University, more established, mature perennials have a greater chance of surviving a freeze than newer ones, so that's something to remember.

As we mentioned, it is typically best to wait until the weather warms up before planting anything new, so to be safe, we say hold off.

When Is The Best Time To Plant A Perennial? 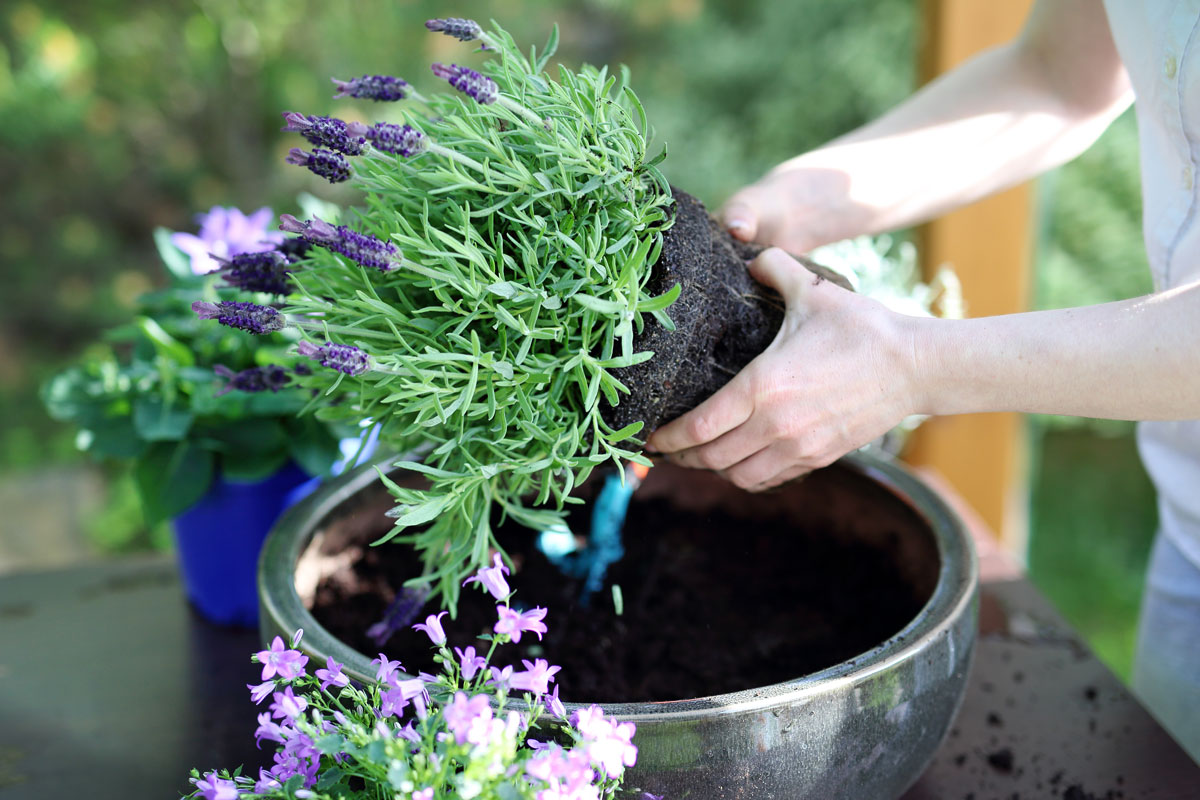 One of the best times to plant a perennial is the later spring. Considering that the last frost will usually happen by May, you are safe to plant perennials around that time in your garden.

Of course, this isn't always 100% true, but it is for the most part. One of the primary reasons that perennials enjoy the spring is that it isn't too hot or cold for them.

That can be beneficial during their formative months/seasons. For example, a perennial planted during later May will likely build stronger roots than one planted in early April or even later March.

That's because the perennial planted later doesn't have to worry about freezing climates, which makes a difference. Again, waiting and giving your perennial more stable conditions is better.

However, you can always give it a shot if you can't wait or the forecast calls for warmer weather. Worst case, you will need to purchase plant covers for the cold spell(s), which aren't usually more than $20-$30.

This plant cover is frost and freeze-proof, measures 10x12 feet, covers up to 120 square feet, is made of spun-bonded, nonwoven material, and folds easily for storage.

View this plant cover on Amazon.

Can You Plant A Perennial In The Fall?

That said, you want to give your plants a few weeks to settle before the first freeze. Like the last frost, letting a new perennial root system develop before conditions become extreme is critical.

Failing to do this can lead to damaged or even dead plants, which we want to avoid. Furthermore, you can also transplant perennials until the ground freezes; overall, they're pretty hardy.

Moreover, if your perennial is established, it should be okay through various freezing periods and come back sometime in the early to late spring.

Remember, unlike annuals, perennials go into dormancy and return next year.

Can I Plant Perennials In The Winter?

Although you sometimes can, we don't recommend planting a perennial during winter. As we mentioned, doing this increases the likelihood of your plant dying, which you want to avoid.

However, if you live somewhere warmer, you can plant a perennial any time of year. For example, someone in Florida will have better chances of planting perennials in winter than in Michigan.

Moreover, if you're somewhere warm, you may be better off planting during the cooler months.

Since perennials prefer moderate temperatures during their first few months, a late fall to early winter planting timeline could benefit your plant.

What Is The Most Hardy Perennial Flower?

You have options if you want to plant a perennial flower but don't want to worry about its cold tolerance.

On top of these, countless other perennial flowers can handle a bit of frosting. Luckily, you can check the label on your bag of seeds or plant's container, which will cover whether it can handle cooler climates.

Additionally, a perennial, cold-tolerant or not, will be able to survive some cold weather, so you shouldn't need to worry regardless.

These live lavender plants are perennials, can handle cooler weather, are bee-friendly and deer resistant, and come in a pack of four.

View these lavender plants on Amazon.

Are Perennials Easy To Grow? 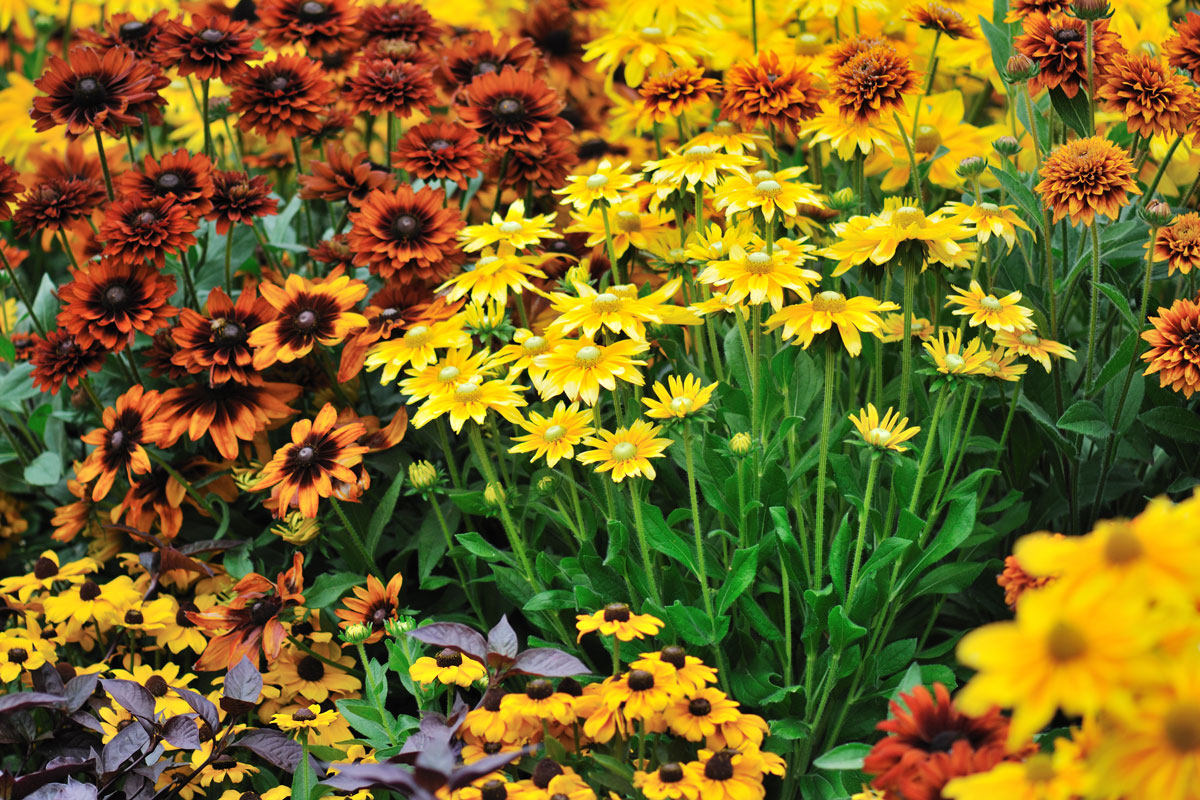 In general, growing a perennial shouldn't be too complicated. However, this can greatly vary depending on where you live, the plant you're growing, and the severity of winter.

Since perennials will return each spring, you can expect yours to live for a while. However, if you fail to give your plant enough time to establish itself in the ground before the first/last frost, you may see it have a much shorter lifespan.

Again, it's better to wait and be safe than risk your plant's life. 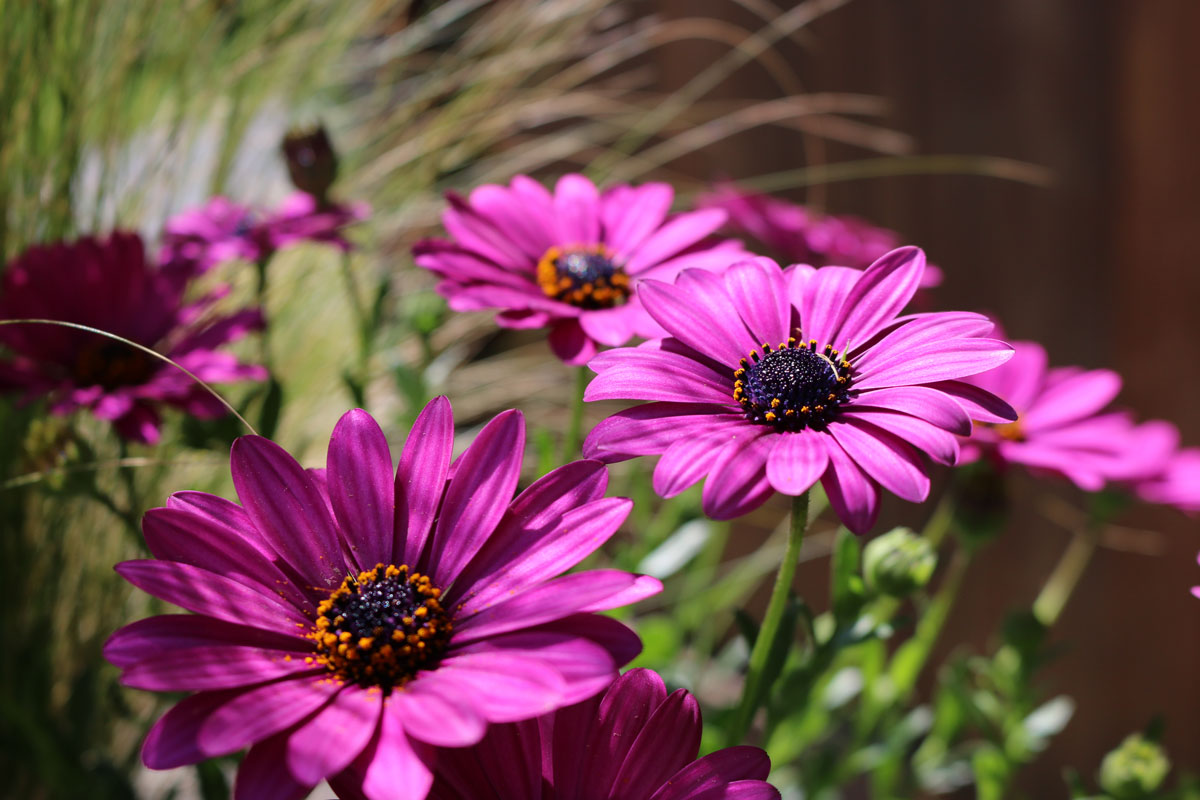 Whether you have perennials growing in your garden or want to plant some, it's essential to wait enough time before the last frost. Although you can plant a perennial before the spring's final frosting, it isn't always the best idea.

Generally, you want to give your plant 2-3 weeks to establish its roots before the ground gets cold. Failing to do this can result in a stunted or even dead plant, so it's crucial to follow this suggestion.

Regardless, don't be afraid to wait until later spring to plant a perennial and use a frost-proof cover if an unexpected cold spell hits!

15 Red Perennials That Bloom All Summer

When To Plant Perennials [By Zone And State]