Figuring out how deep the roots of your new tree will grow can sometimes be a challenge. For example, do you want to plant a spruce tree in your garden, but you're worried about its roots becoming too deep or aggressive? Does this tree usually have deeper roots?

Luckily, we've done plenty of research and have these answers below!

Although spruce trees can become massive, their roots remain pretty shallow. Generally, you can expect the root system of a spruce tree to stay within the first 12-18 inches of soil.

Therefore, if you don't want the roots of your tree affecting other structures and plants nearby: planting spruce may be a great idea.

As we start this post, we will discuss all things growing spruce trees and cover how deep their roots become. We're here to assist whether you have plenty of space, are starting an urban garden, or need other tips and tricks for growing this species. With that said, let's dive right into this topic! 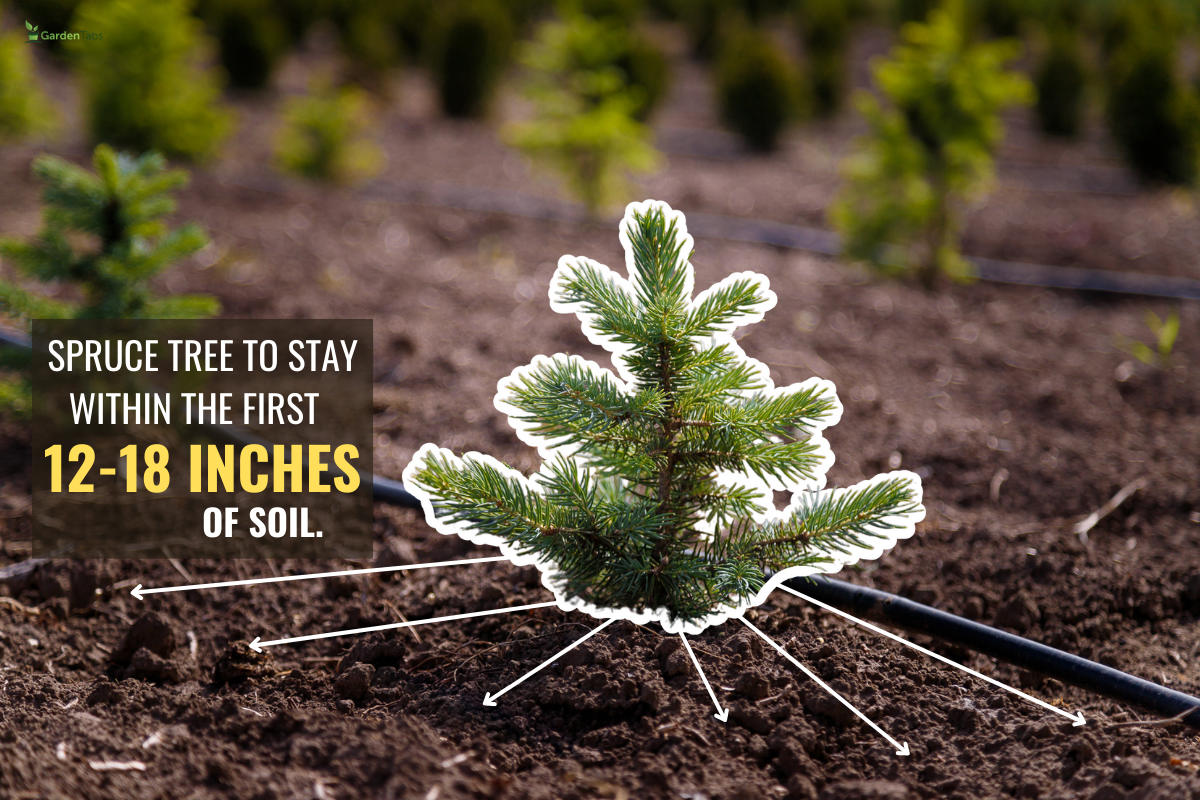 How Deep Do Spruce Tree Roots Get? 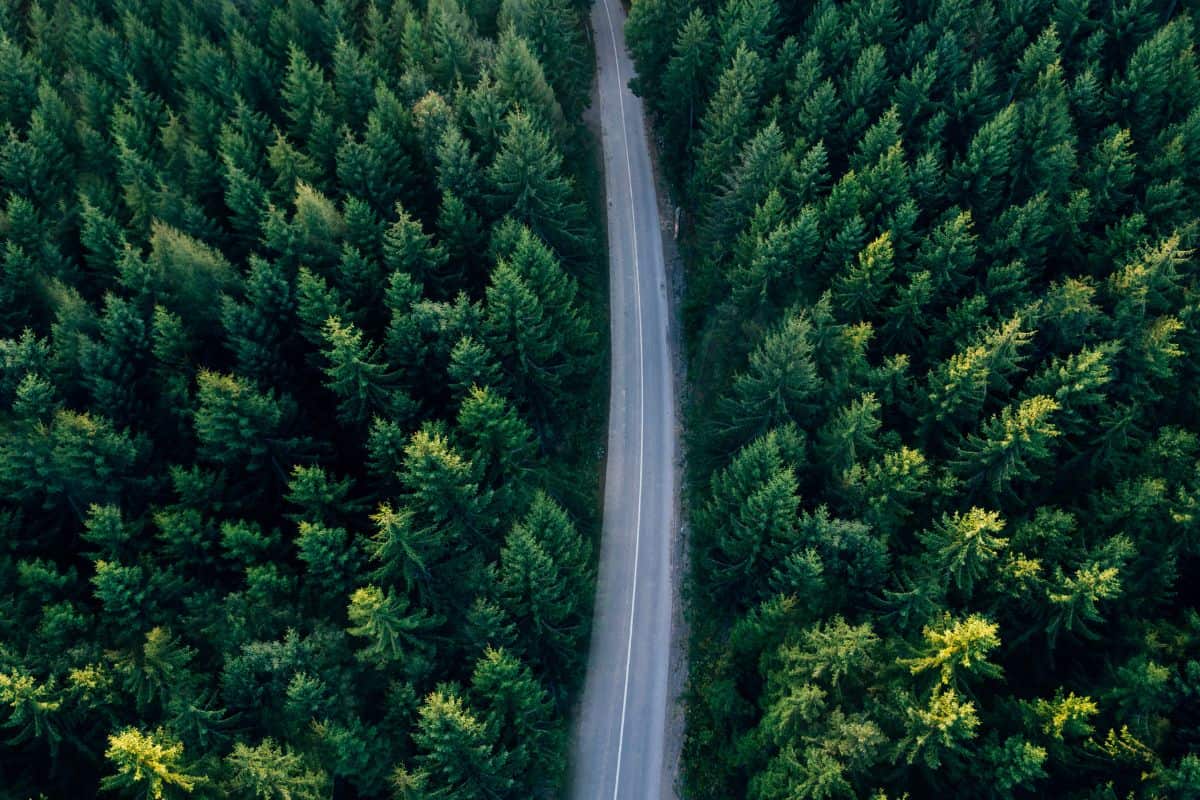 You can usually expect a spruce's roots to stay within the first foot of the ground. Even though this tree species can become pretty large, its roots typically remain in the first few inches of soil for its first year or so.

Once your spruce become a bit older, it will sprawl deeper, reaching about 12-18 inches. Still, that's incredibly shallow for a tree and can mean more watering on your end in periods of drought.

Generally, the shallower a tree's root system, the more water it will need to flourish. According to Southern Research Station, a blue spruce's roots will only go 6.4 cm. (2.5 inches) during the first year it's in the ground, which is not much.

Of course, they stress that this super shallow rooting tends to happen mainly to young spruce. As your tree becomes larger, that's when it will begin to take up more ground space.

Still, this shouldn't be more than a foot or so. Spruce prefer to stay toward the ground's surface.

Yes! One detail you must know about spruce trees is that they will have shallower root systems. Even though your tree may reach 60-200 feet upon maturity, that doesn't seem to bother its shallow roots.

This tree species depends greatly on shallower rooting, which seems to work well for it long-term. Unlike other trees, your spruce won't develop six-foot deep roots but rather 1-2 feet, depending on its size.

Again, that's not always a bad thing. For example, super-deep tree roots can become a problem over time. If you have your home's foundation nearby or other structures/pipes, deep aggressive roots can penetrate and destroy those surfaces.

In contrast, a spruce tree will remain pretty peaceful throughout its lifetime. Instead of sprawling beneath the ground's surface and wreaking havoc, your spruce will keep its rooting within a 1-2 foot area.

That makes it perfect for planting closer to structures, like a house. You don't want a spruce tree within inches of your property, but it can be a nice front-yard tree for many.

How Close To A House Can You Plant A Spruce Tree?

Although spruce trees have relatively shallow roots, you still want to leave space between them and your home. Generally, we recommend keeping spruce around 20 feet from your home, allowing it to become large and grow without issues.

This is mainly due to its foliage. As we said, your tree's root system won't be the issue most times, but instead, its large branches. If you plant a spruce tree too close to your home, its branches could fall and damage something.

Suppose you live somewhere with heavy winds. If your spruce is too close to the house, one of its branches could snap and fall on top of your roof.

If you've ever experienced falling tree branches, you know they can create devastating damage. So, for that reason, we recommend keeping your spruce around 20 feet from your home.

However, if you want to plant one closer to a shed or other structure, that should not be an issue. Remember, the roots won't be more than 1-2 feet beneath the ground's surface.

According to experts, most tree root destruction tends to occur when they grow in friable soils and mulch. Since soil conditions can affect how your spruce roots grow and move through the soil, ultra-dense or low-quality ground may cause them to get creative.

Therefore, if you don't check the ground conditions before planting spruce, you could run into foundation damage further down the road.

Luckily, regardless of soil type, if you keep your tree 20 or so feet away from your house, this should not become an issue. Even in poor soil, your spruce's roots can't usually make it farther than 15-20 feet in spread.

However, if you have an invasive species in your garden and it decides to penetrate your home's foundation, that's an entirely different story. So spruce trees are a gentler breed.

No. A spruce tree will not have invasive roots or growing behaviors. As we mentioned, this tree species is on the gentler side. You don't often see spruce overpower nearby plants or damage structures, as its roots are very shallow.

However, your spruce will fight for ground space if it needs to survive, so it can fight back in desperate times. Of course, you still won't see invasive behavior by any means, making this tree a nice option for almost any yard.

The key to growing spruce is giving it some space and watering it frequently. With shallow roots, your tree needs a bit more attention than one with invasive, deep roots.

According to Drought Smart Plants, if you have a dwarf spruce species, the chances of invasive behavior become even less, so that could be a good alternative if you're worried.

Their roots are compact and don't get too deep or spread too far.

How Close Can You Plant Spruce Trees Together? 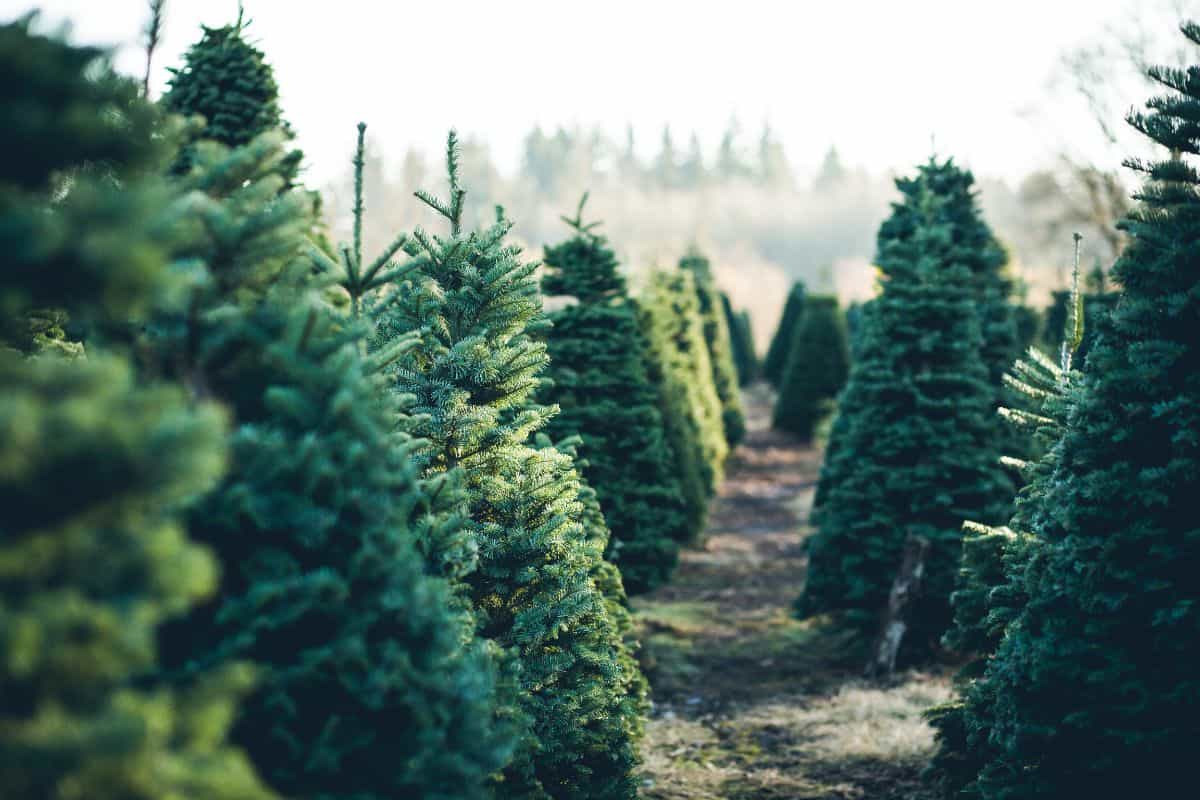 You usually want to space out spruce trees by 10-12 feet. As we said earlier, these trees can become very large, often requiring space to branch out and become thicker/lusher.

So, leave some space if you want to plant a few spruce in your landscape. Having your trees right on top of each other can create competition for soil space, nutrients, and water.

Since your trees are already shallow-rooted, having more competition can cause them to get sick. Your spruce trees can also benefit from the 10-12 feet between each other long-term, as it doesn't increase the chance of their roots sprawling toward structures, etc.

Trees can be funny organisms. If they don't have ample room, they'll grow in odd shapes and even on top of each other, not seeming to care about who or what they latch onto.

Spruce is a somewhat delicate grower, so having them too close to each other isn't a great idea.

Although this greatly depends on the soil conditions and how big a spruce gets, you can usually expect its roots to spread twice the size of its canopy.

According to experts, your spruce typically has roots spreading to the tips of its branches. Again, that's assuming your tree has high-quality soil and doesn't struggle to find nutrients, water, or oxygen.

Most trees will spread pretty far as they mature. Similar to their shallow rooting, spruce also don't tend to have insane spreading in either direction.

However, that's not to say this never occurs. Every spruce is unique, so one may have 10-15 feet of spreading, while another could easily surpass that.

Regardless, the roots should still sit within that top foot of below-ground real estate, so locating them won't be impossible. The roots of your spruce need to take enough space to secure it in place, so don't be alarmed if you see roots 15+ feet from the trunk of your tree.

Do Spruce Roots Grow Above The Ground? 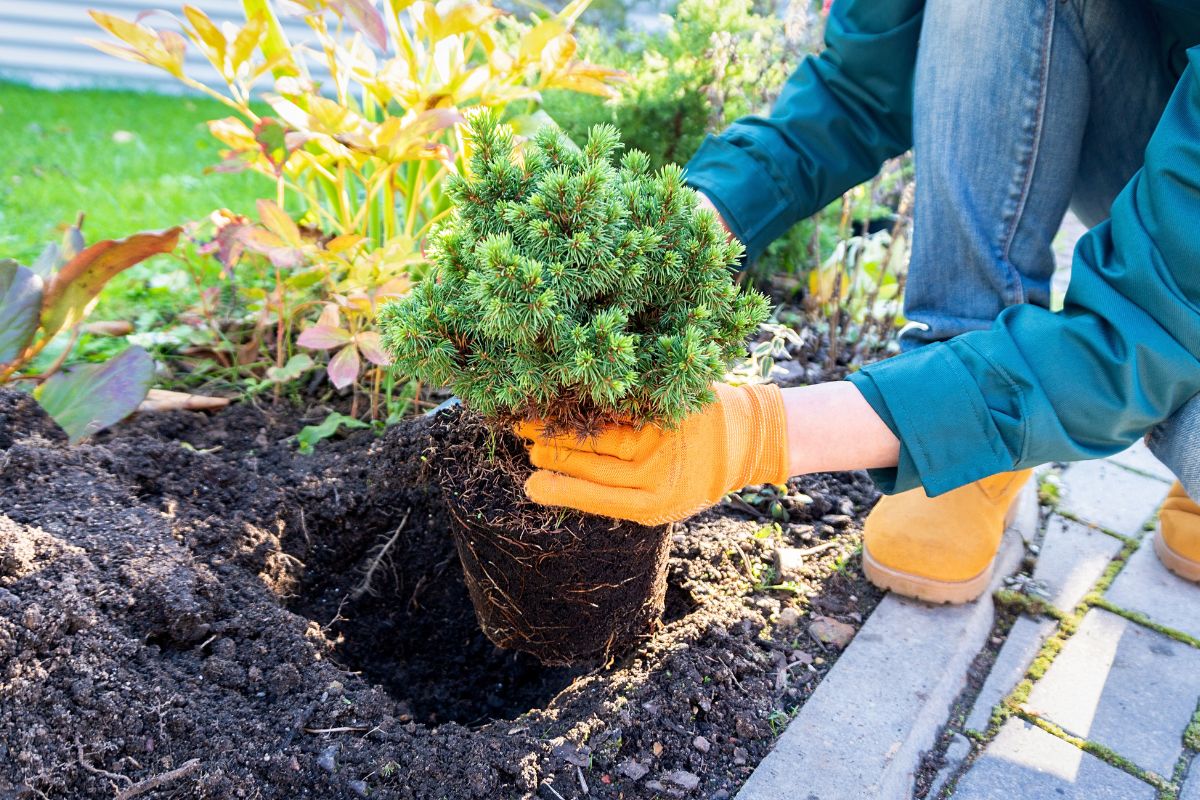 Although a spruce's roots growing above the soil isn't super common, this is possible. As you know, spruce roots are typically shallow, sitting right under the ground's surface.

Therefore, they can become aerial if they need more water, nutrients, or oxygen. Some gardeners have noticed lifted rooting near their spruces, especially in drier regions.

It's not uncommon for shallower tree roots to make their way to the surface. Sometimes, if they can't make do with the below-soil conditions, your tree's roots will figure out an alternative growing situation.

Again, this isn't too common for spruce as they aren't aggressive, but desperate times call for desperate measures. If your tree grows in a hotter, drier USDA zone, try to water it frequently to prevent above-ground root development.

Whether you have a spruce in your landscape or want to grow one, it's essential to understand its roots. We found that spruce roots typically stay within 12-18 inches of the ground beneath your tree.

When spruce are young, this could be as shallow as three or so inches. Spruce is not an invasive tree, making them perfect for the front yard growing closer to the home.

However, we still recommend leaving around 20 feet between your home and the spruce to allow its branches to fill out and not become a safety hazard in high winds or storming. Good luck!

And while we have your attention, check out these helpful related garden posts below:

Spruce Tree Dying—What To Do? [Inc. From Bottom Up, Top Down, One Side, & Inside Out]

Does Wisteria Have Invasive Roots? [And How To Control Them]

Does Clumping Bamboo Have Invasive Roots?