We cannot emphasize the significance of milkweed enough because of its importance in the ecosystem. Monarch butterflies which are natural pollinators, rely on them for survival. We have researched every aspect you need to know about milkweed and its overall correlation with nature.

If your milkweed is placed in a pot, the leaves will start to droop or wilt. It prefers to be ground-bound or planted in the soil in order for the roots to fully expand and develop. The area, climate, and species are also factors that affect the growth of this plant.

Several reasons may cause the drooping and wilting of milkweeds. While this is true, there are ways you can save this plant. In this article, we will tackle the importance of milkweed in the ecosystem, especially to monarch butterflies, and how to properly care for this specific plant. 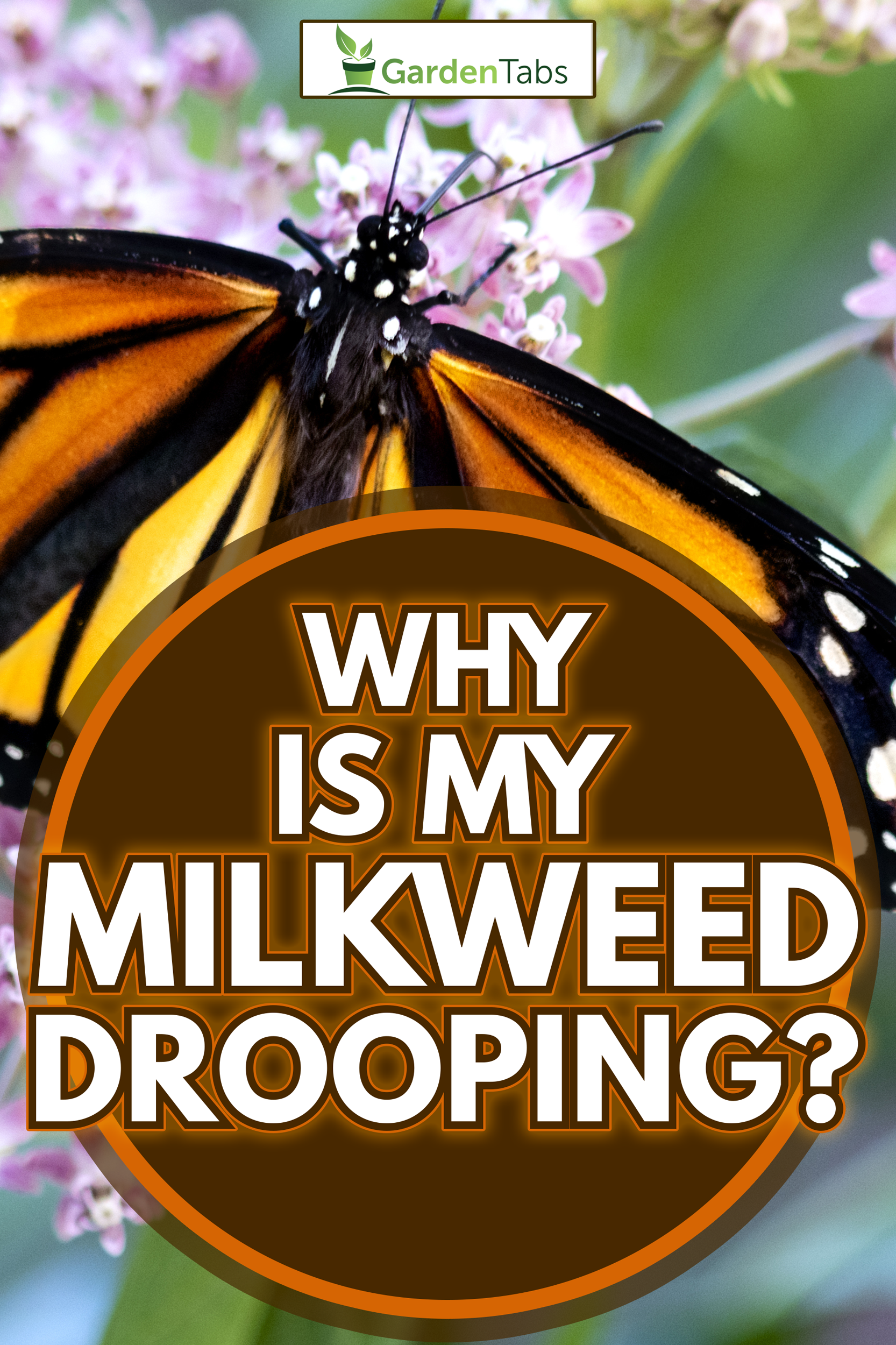 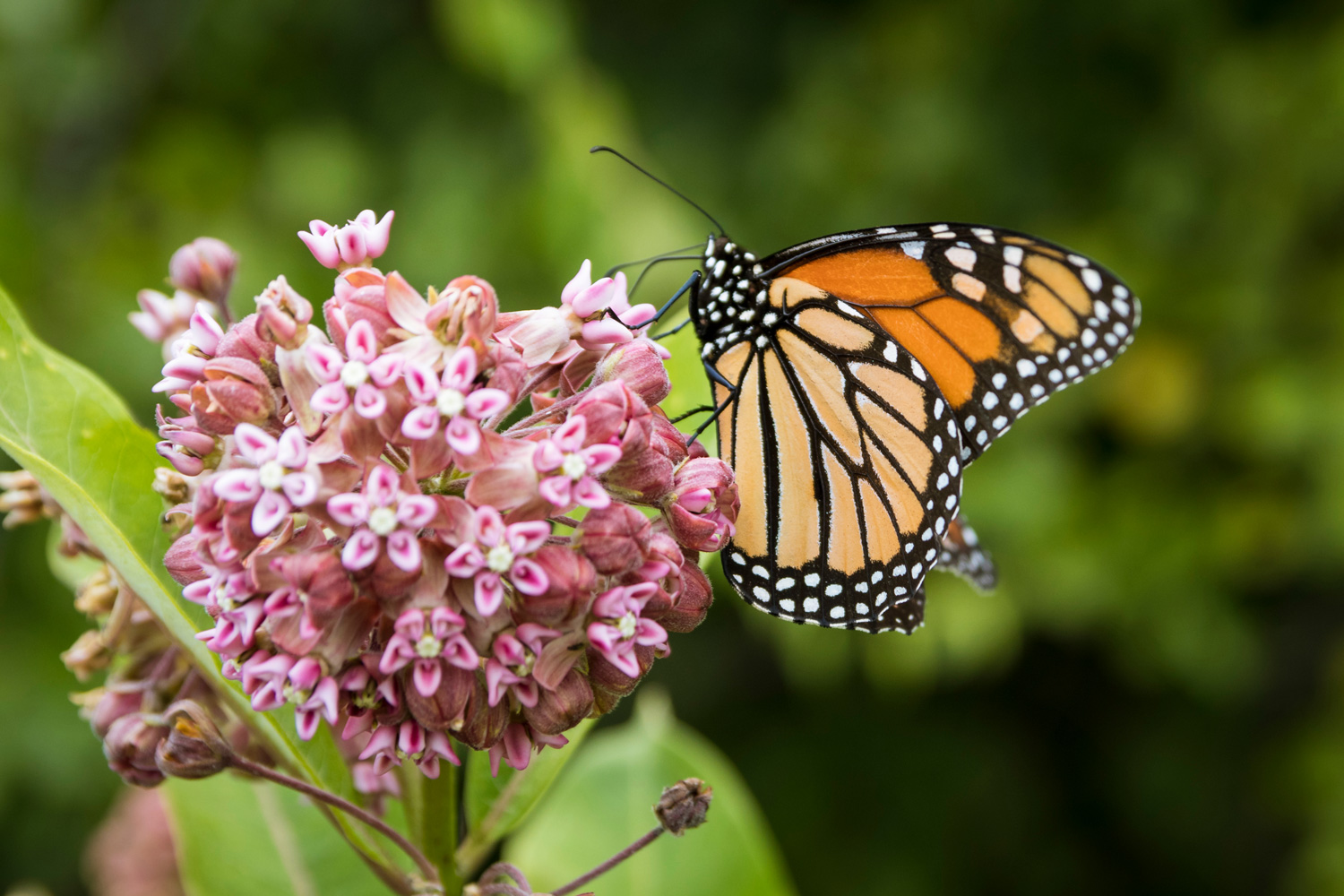 Milkweed is a flowering herb that has about 140 species all across North and South America. It excretes milky fluids known as cardenolides which are toxic to humans and animals but serves as food for some species of butterflies.

It consists of five united star-shaped petals that come in various colors - yellow, green, purple, pink, or orange- sheathed fruits and clustered seeds. Pollens of this kind are enclosed in a sac or pollinia, unlike other flowers wherein the grains are spread individually.

When pollinators land on this plant, their feet slip into the base of the sac, attaching the insect. If they are strong and large enough to pull themselves up, they can successfully fly off. On the contrary, they can be trapped in the plant and die.

Several pollinators, particularly monarch butterflies, rely exclusively on this plant for food and survival, and so do their larvae. The significant decline of their population is caused by the dwindling or disappearance of milkweed.

Tropical milkweed is controversial in the US because it is considered to be disruptive when it comes to the overall health of monarch butterflies.

When this plant specie is introduced into a new environment not akin to regions with intense winters, it can disrupt the natural diet of monarch butterflies simply because these pollinators heavily rely on the specific milkweed growing in a particular area.

Tropical milkweed and non-native species drastically increase the population of a dangerous parasite that infects monarchs and queen butterflies.

Local or native milkweed species die during the winter together with the parasites that prey on them. Non-native varieties can survive the cold months and cause the proliferation of the parasites which harm or have a significant effect on the development and health of both the larvae and butterflies.

NOTE: Plant milkweeds that are native to your region so as to save monarchs from extinction and not disrupt the balance of nature and the ecosystem.

Best Milkweed Varieties According To Region 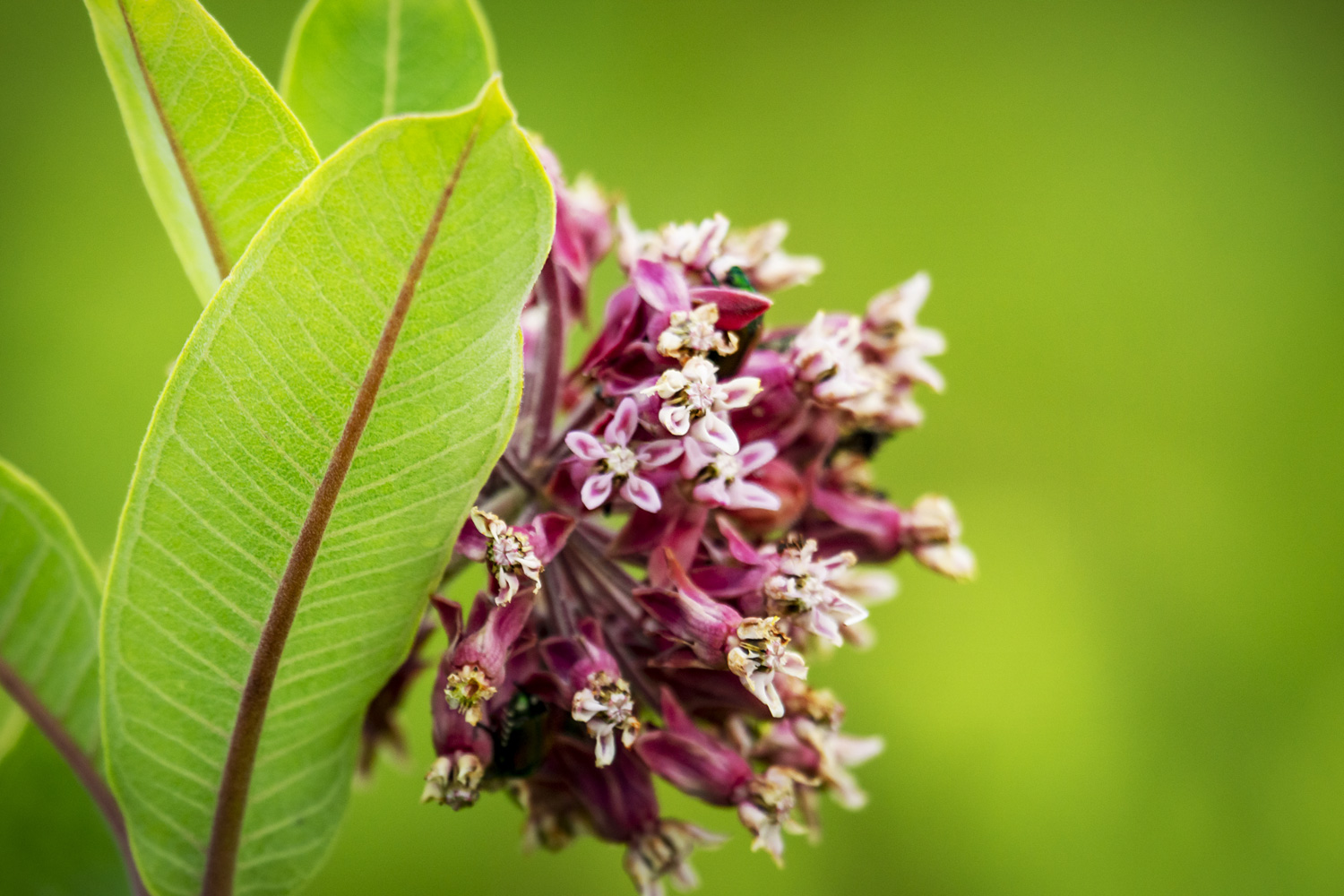 A cardenolide is a chemical compound classified as a steroid. They are contained in several plants, including milkweed, and act as a defense mechanism due to their toxic nature. Most insects, including monarch butterflies, are immune to its effect and absorb the substance to deter parasites and predators.

Put simply; cardenolides benefit monarchs by repelling and even killing organisms that threaten their survival. The continued existence of monarchs relies heavily on the presence of milkweeds.

Cardiac glycoside is a chemical that affects the heart, digestive and nervous systems in humans. It is the active ingredient in most medicines used to treat heart-related conditions. Milkweed is categorized as poisonous since all parts of the plant contain cardiac glycosides, the highest concentration of which is found in the latex fluid.

Exposure and contact can lead to skin and eye irritation, while more serious symptoms from ingesting the plant include abdominal pain, nausea, weakness, and confusion. Severe effects can lead to seizures and changes in heart rhythm.

It is best to take caution when tending to your milkweeds. Wearing gloves and goggles is good practice.

Common milkweed, swamp milkweed, and butterfly weed are the three most common species of milkweed that can grow and thrive in most regions of the country. They are relatively easy to care for, so let's start planting and begin to save those butterflies!

Since it is a flowering herb, most milkweed prefers to be placed in an area where it can get six to eight hours of sunlight exposure per day. It is best to plant them during spring when it can avoid the freezing temperatures of the winter season.

Soil requirements of milkweed mainly depend on the specie’s native habitat. Generally, most varieties are not particular when it comes to soil type and can thrive in most garden soils, except for swamp milkweed because it prefers damp humus-rich soil.

Milkweeds do not need to be watered regularly except for long dry spells or drought. During the intense summer heat, water deeply and wait for the topmost layer of the soil to dry out before watering again.

A mulch is a layer of material such as dried leaves, tree barks, twigs, and the like, placed on top of the soil around your plant. It functions to retain moisture, regulate temperature and prevent weed growth.

Not all varieties of milkweed require mulching, while other species benefit from moist retention. Common milkweed grows well even without mulch, while swamp milkweed thrives better with a light organic layer.

Milkweed is highly adaptable and can grow and tolerate almost all soil conditions, including infertile and rocky environments. Common milkweed plants do not generally require fertilizing. However, young growing plants can benefit from fertilizers with phosphorus and nitrogen content. 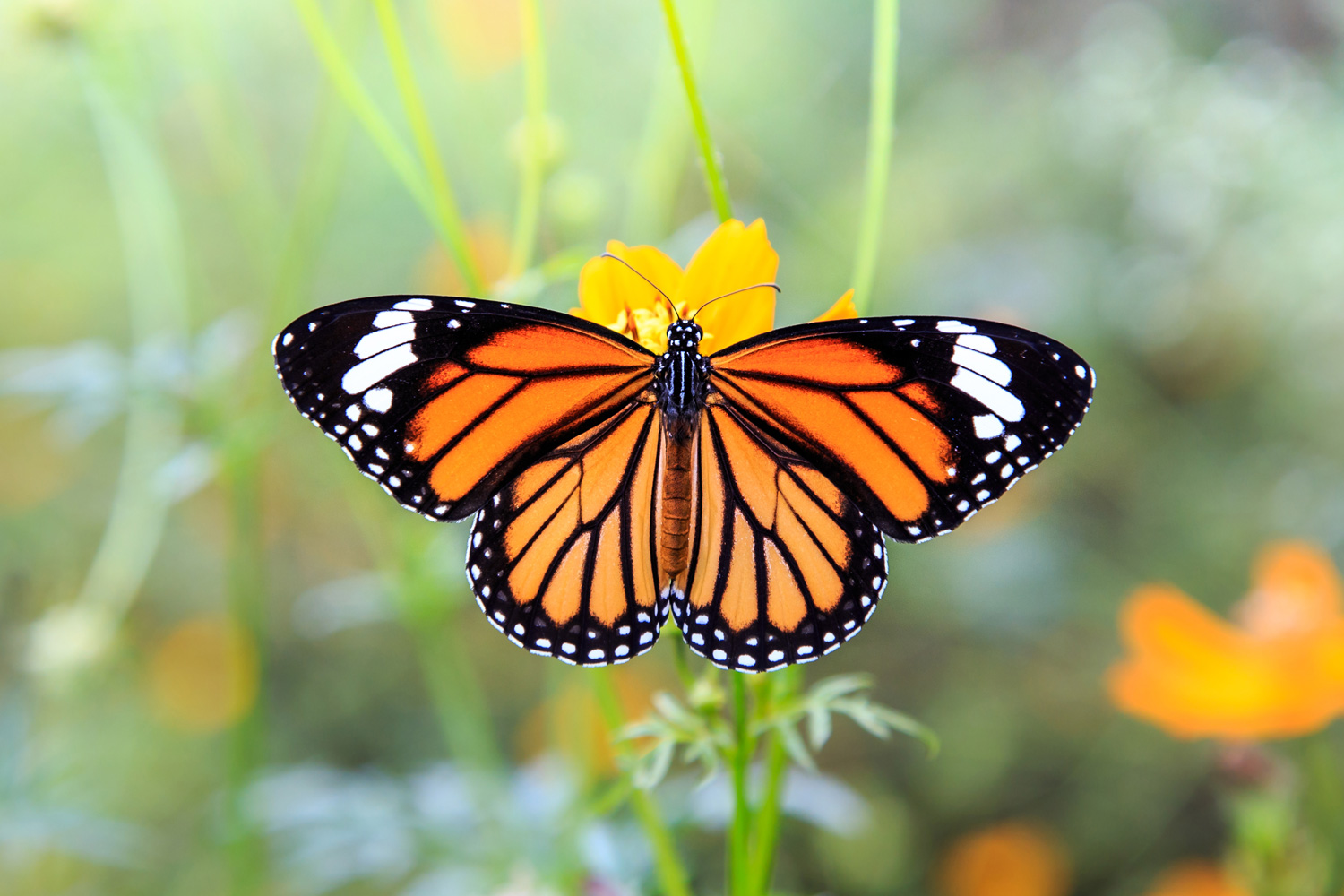 Monarch butterflies are among nature's most prolific pollinators and contribute considerably to the survival and sustainability of entire ecosystems. Their movement and migratory patterns have a profound effect on plant growth and proliferation.

As the butterflies feed on nectar, pollen is attached to their bodies and dispersed among other flowers, enabling them to make seeds. This is the basic process by which plants reproduce naturally.

The past decades have caused an alarming decline of monarch populations. Between 80 to 90 percent of the species have perished in the last 40 to 50 years. The primary reason for this is human activity and development, which greatly impact the conditions necessary for the monarch butterfly's survival.

What Caused The Decline Of Monarch Butterflies? 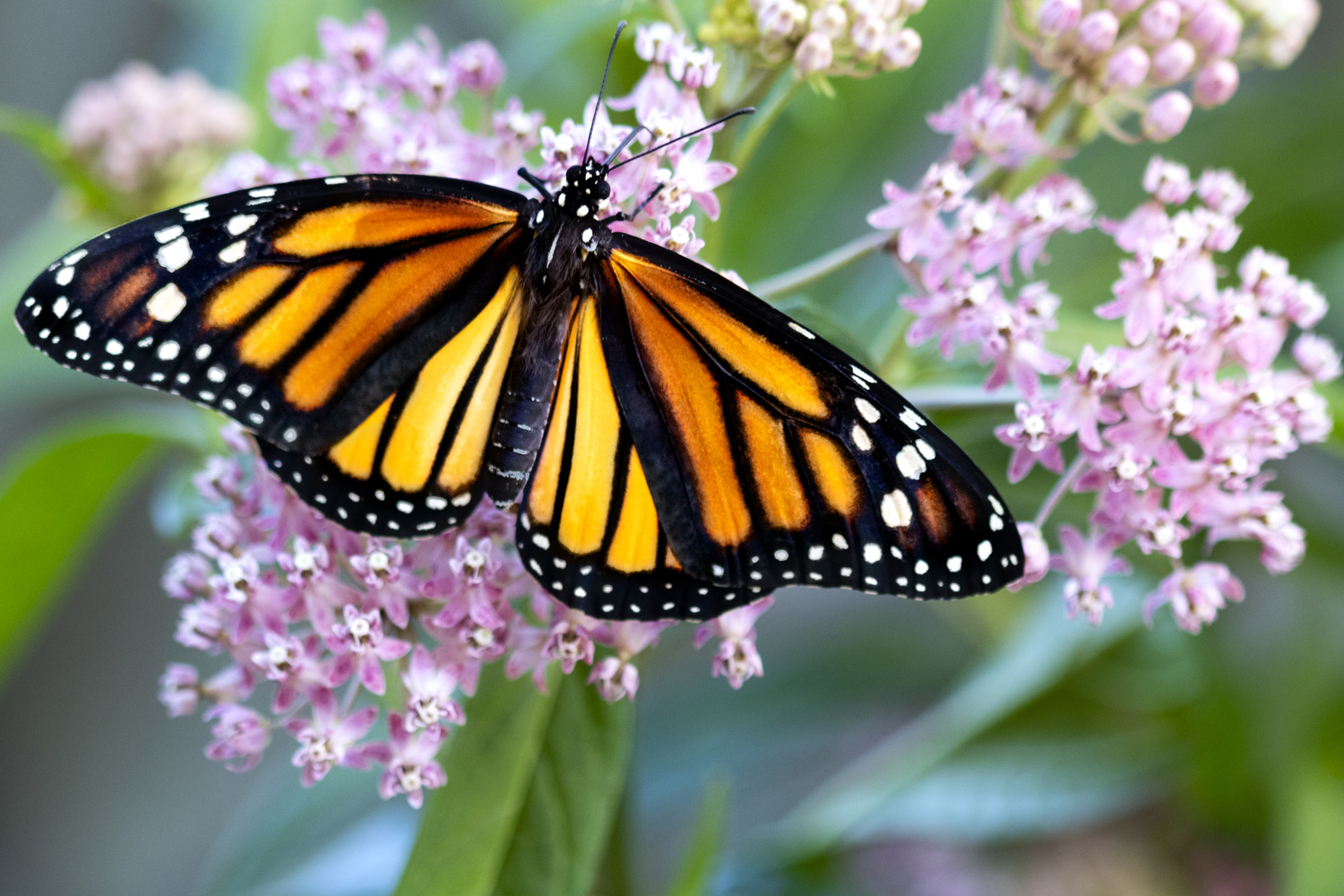 Rapid development, infrastructure, and residential expansion have drastically lessened the habitat available for monarchs to survive and reproduce. Large tracts of natural land have been converted to urban conditions which feature sparse vegetation and plant life.

Monarchs rely heavily on natural habitats that encourage and benefit their propagation; the loss of an ideal environment leads to considerable loss of the species.

A drastic increase in the human population requires massive production of food products. Large-scale farming affects butterflies and other insects and pollinators directly through toxins present in pesticides.

The residual chemicals found in the soil, water, and the general environment create long-term effects which disrupt the natural reproduction of monarchs. The loss of milkweed plants due to herbicide use in agriculture and households greatly contributes to the decline of natural pollinators.

The butterflies tend to migrate to less or nontoxic regions, which results in the depletion of plants in the abandoned areas.

Climate change has altered the reproductive and migratory cycles of monarchs by disrupting the overwintering process. Insects have different adaptive methods to survive cold weather.

Some live in tropical climates. Others have evolved to thrive in freezing temperatures while monarchs migrate to other regions during the cold season; this is known as overwintering. Butterflies do not reproduce and remain inactive during this period and are able to extend their lifespan up to nine months.

After winter, breeding adult monarchs need large amounts of nectar to reproduce and usually live for about a month. Elevated temperatures have resulted in shorter cold seasons and, eventually, less overwintering periods.

It is interesting to note that experts study butterfly presence and behavior based on the above-mentioned factors to determine the health, balance, and sustainability of the ecological environment.

The ecosystem relies on a delicate balance in order to sustain itself. The presence of certain plants like milkweed directly affects the survival of monarchs, which in turn is a significant factor in pollination and plant proliferation. We hope this article proved to be an eyeopener on the interrelationship and codependence of all living organisms in an area or environment.

Where To Place A Bee Hotel In The Garden