Have you ever wondered what's causing the loud banging that seems to be coming from your water pipes whenever you turn the sprinkler on? While the noise is certainly unsettling, there's no need to panic. We have investigated this phenomenon and have discovered the cause.

The loud banging in your water pipes after turning the sprinkler on is caused by a water hammer. You can fix this issue by installing a water hammer arrestor in your sprinkler's manifold line.

Alternatively, if your sprinkler has a pressure regulator, you can also try to adjust that to regulate the water pressure.

Banging water pipes can be an annoyance if age is taking its toll on you and you're becoming grumpier by the day. It's not necessarily a major issue if detected and fixed early on, and most homeowners will eventually get the hang of it. After all, you won't be sprinkling your lawn every day. Nonetheless, we'll offer a thorough explanation of the situation and suggest several steps you can take to resolve the problem so keep reading! 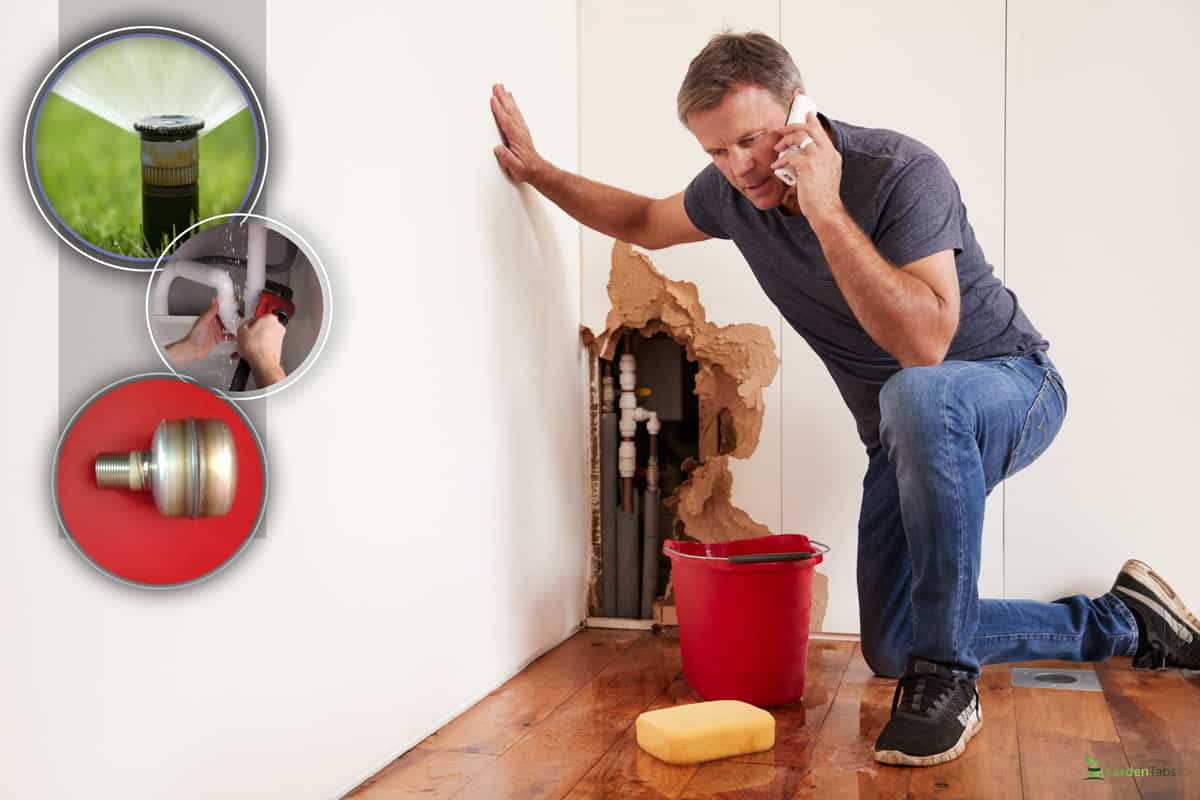 What is a Water Hammer?

A water hammer is a phenomenon that occurs when the sudden release of water from your sprinkler produces pressure waves that travel along the pipe. This causes your pipes to vibrate.

This happens when the pressure of the water is too high for the pipes to handle, causing the pipes to vibrate and produce a series of banging noises. You have a water hammer when the water pressure builds up in a pipe faster than the pipe can release that pressure.

A potential problem may occur when the water will move through the pipes at such a fast rate that the pipes get overloaded and are unable to handle the high amount of pressure moving through them.

At this point, water can begin to leak from the pipe joints. If your pipes have been left unchecked for too long then the frequent water hammering might cause them to give up and collapse.

How to Fix Water Hammer

The water hammer arrestor will slow down the flow of water and prevent it from being released into the sprinkler system until the pressure has dropped below a safe level.

Water hammer arrestors work by using a rubber membrane to absorb the sudden force of water pressure, and then redirect it to the pipe once the pressure is relieved.

The force is absorbed by the membrane, which then allows the water to pass through without causing vibration. This technology has been in use for many years and has proven to be effective in protecting water supply lines against damage from water hammers.

Water hammer arrestors are used in water systems and are typically installed between a water supply line or a water distribution system. You must put them in the right places because the wrong location will result in the device being ineffective.

The video below explains how a water hammer arrestor works:

Additionally, it pays to check if your sprinkler's pressure regulator is fully functional. If this device is broken, the water will begin to travel through the pipes at a rate that is much faster than the water's natural flow.

Unfortunately, not all sprinkler systems are equipped with pressure regulators. Check if your system is equipped with one and make sure it is working as it should.

How to Install a Water Hammer Arrestor

1. Cut the manifold and install a T-pipe in it. Sprinkler manifolds are usually found in the corners of your house. You can easily identify them as they are divided into zones with each zone having its dedicated valve.

2. Attach the water hammer arrestor upstream of the valve manifold. Apply some pipe sealant and plumber's tape around the grooves to prevent any possible leak. You're done!

Check out this plumber's tape on Amazon.

This pipe sealant is a perfect pair for your plumber's tape. Check it out on Amazon!

How Many Water Hammer Arrestors Do I Need?

There's always a concern about whether you need to put in more than one water hammer arrestor. Many people will install a second one to ensure there isn't any vibration or noise coming from the pipes.

However, is it really necessary? What do you need to look for to determine if you need to install a second one?

Check out this water hammer arrestor on Amazon.

Should I Continue Using the Sprinkler If It's Causing Water Hammer?

It may be all right to continue using the sprinkler a couple of times more after your initial discovery of a water hammer in the pipes. However, keep in mind that the water hammer will eventually cause the pipe joints to swell over time.

This will cause the pipe to loosen up, and it's just a matter of time before the pipe will rupture, at which point the problem will be magnified.

If you turn the sprinkler on suddenly, you risk feeding more water into the system than is needed to re-establish proper water pressure, and this can cause the water hammer to repeat itself. 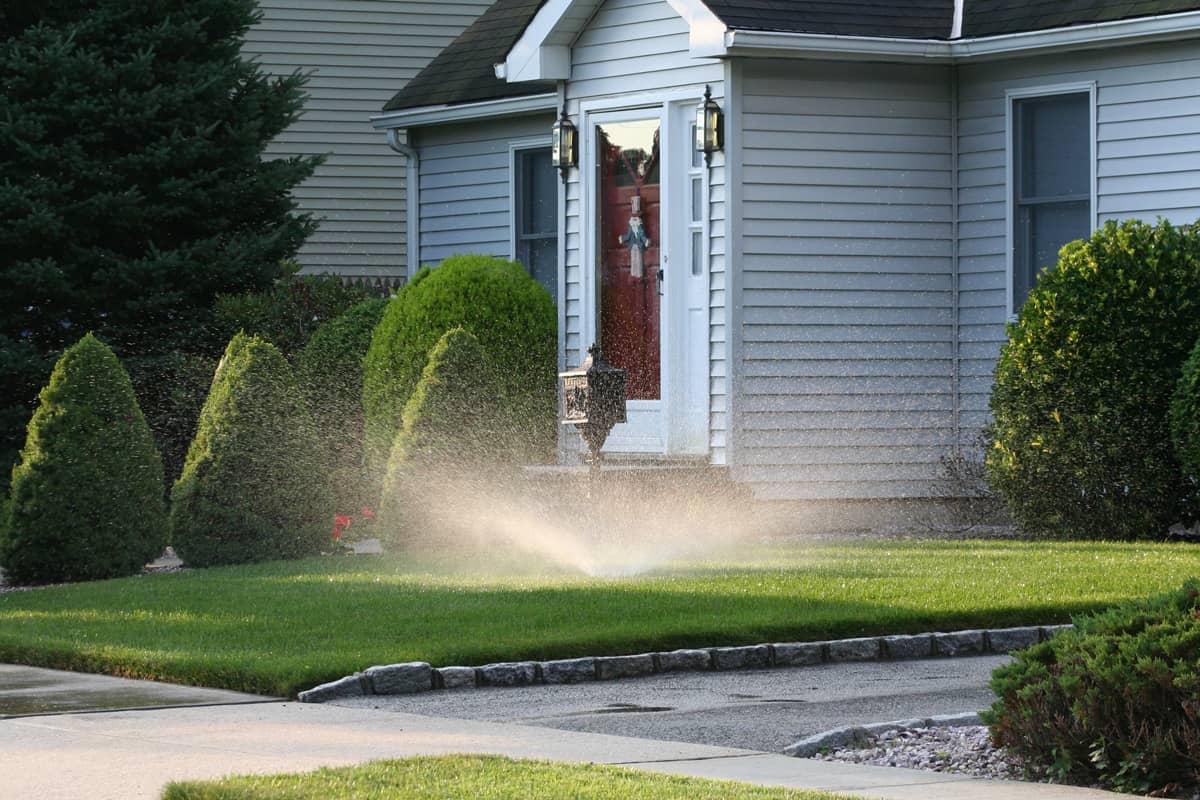 How Much Water Hammer is Acceptable?

Since the intensity of a water hammer is related to the water pressure and size of the pipe, measuring these two variables will give you a clearer picture of what your pipes are capable of. Typically, a water pressure of 100 psi is too much for a standard water pipe. Normal water pressure should run from 30 to 50 psi.

How to Check Water Pressure in Water Pipes

You should have a pressure gauge installed in one of your faucets or somewhere in the water supply line. A pressure gauge is required in every home so if you're having a hard time finding where yours is, just look around and you'll likely find one.

Water pressure is a critical factor when it comes to plumbing systems. We've already known the consequence of a water pressure that is higher than normal.

Meanwhile, if water is running slowly through your house, it's almost certainly due to a leak or blockage in your pipes. 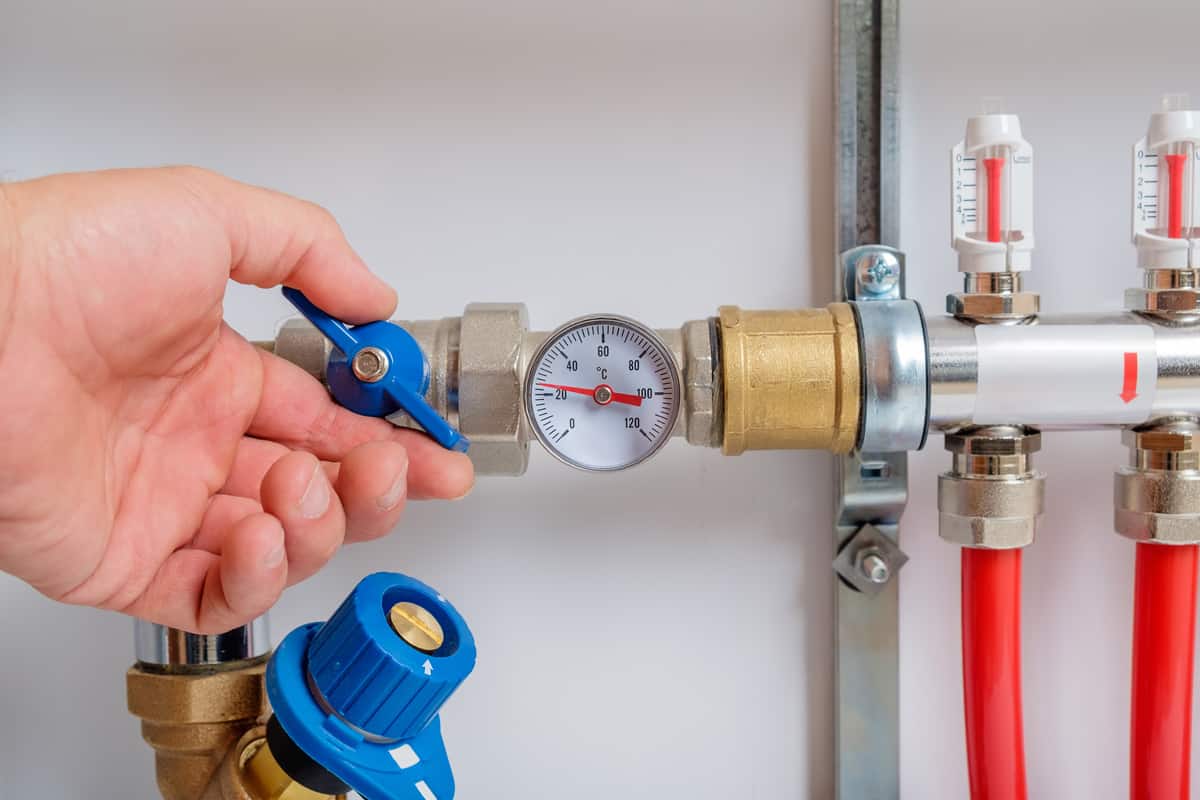 How Much Will It Cost to Fix Water Hammer?

Water hammering is pretty common and usually not expensive to repair. It may cost a little more if your system needs more than just a water hammer arrestor.

If your sprinkler system has a pressure regulator and requires replacement, that's going to be an extra cost on top of the arrestor. Parts replacement cost is the main variable here, and labor cost should be $150 at maximum.

Consider it a good deal if you're quoted $300 for fixing a water hammer (parts and labor costs included).

What is the Most Common Cause of Sudden, High Water Pressure? 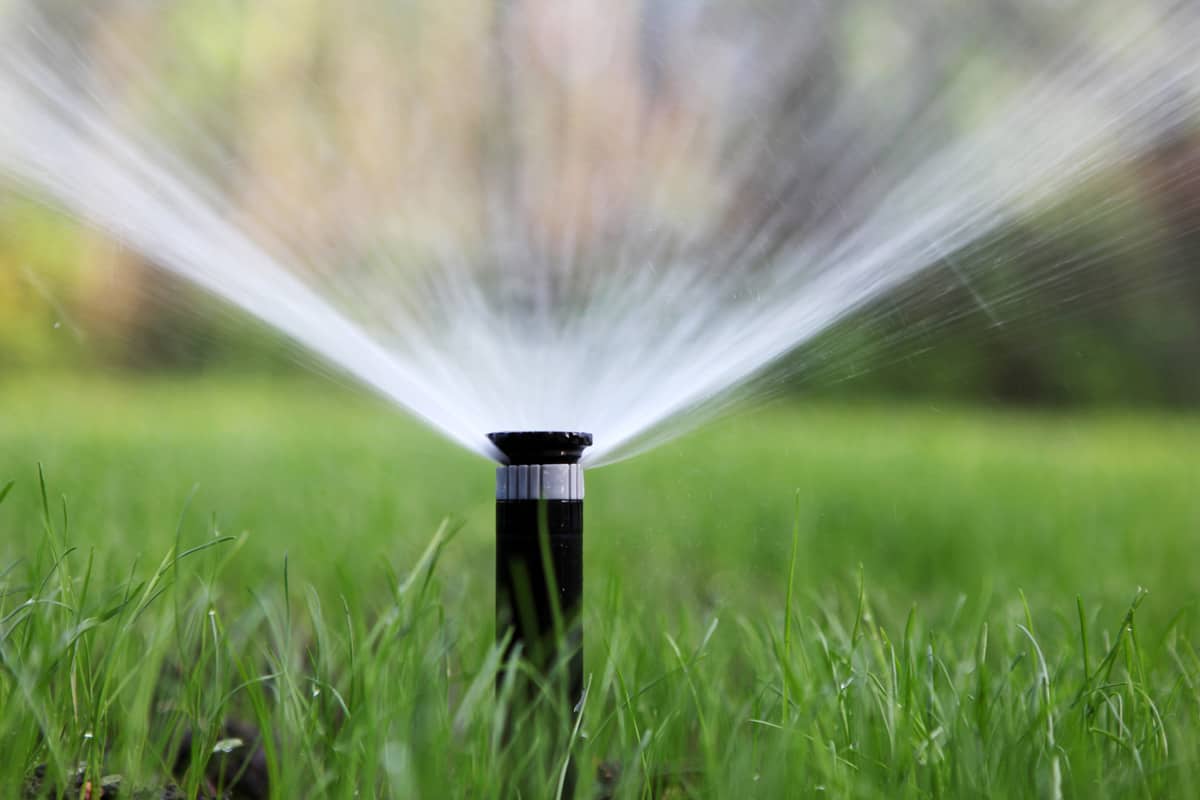 When you turn on the tap, you've probably noticed that the stream of water that comes out feels stronger. It's caused by the sudden rush of water that has more force, and consequently more volume, to push it out of your faucet.

Now imagine what the municipal water supplier will do if it detects multiple and simultaneous usage of facilities that require water such as bathrooms, kitchens, and shower rooms.

For water to reach every household, the supplier must ensure that the water pressure is optimized for every building. In other words, the municipal water supplier may reduce the pressure of the water when the demand is low while increasing it during times of high demand.

In addition, a home's water pressure can increase dramatically due to factors such as rainstorms and heavy usage. For example, the main water pipe can become overloaded or a broken pipe. This can cause more water to flow to your home than it should. 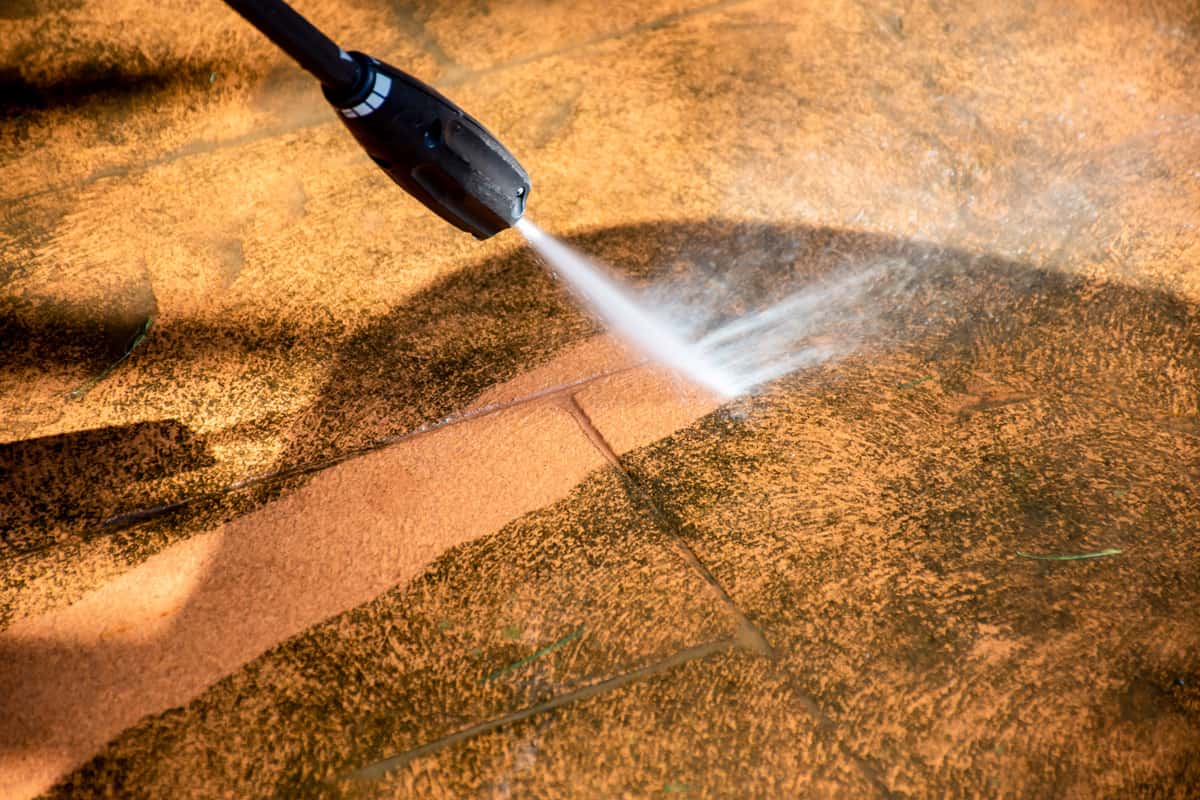 A water hammer is a loud sound created by the rapid acceleration of water through the pipes. This sudden pressure release causes a wave of water to travel through your water supply. This wave can cause damage to the piping and water fixtures in your house.

The best way to remedy this is to install a water hammer arrestor in your water supply line. You can also adjust the pressure regulator to the recommended settings and see if it improves the situation. A water hammer is loud and annoying, but it can be fixed!

How To Mark Sprinkler Heads And Lines