Roses are among the most popular garden and houseplants cultivated due to their traditional aesthetic appeal and beauty. They require constant care and maintenance because of their sensitive nature. If you grow roses and wish to know how to develop and propagate them properly, this article is for you because we've already done the research.

A cane is that part of a rosebush equivalent to the trunk of a tree; you can encourage them to grow by regularly pruning once the leaves turn yellow and the flowers bloom. Canes support the plant and provide lateral branches that produce foliage. Matured canes that no longer generate new growth need to be removed to stimulate the development of new ones.

The cane of a rose is the plant structure where leaves, thorns, and flowers emerge. The number of healthy canes determines the productivity and yield of the rosebush, defining its overall features as an ornamental. Read on and find out how to care for and effectively propagate your roses.

There are two main reasons why a rose cane should be removed when it has fully matured and if it becomes diseased. 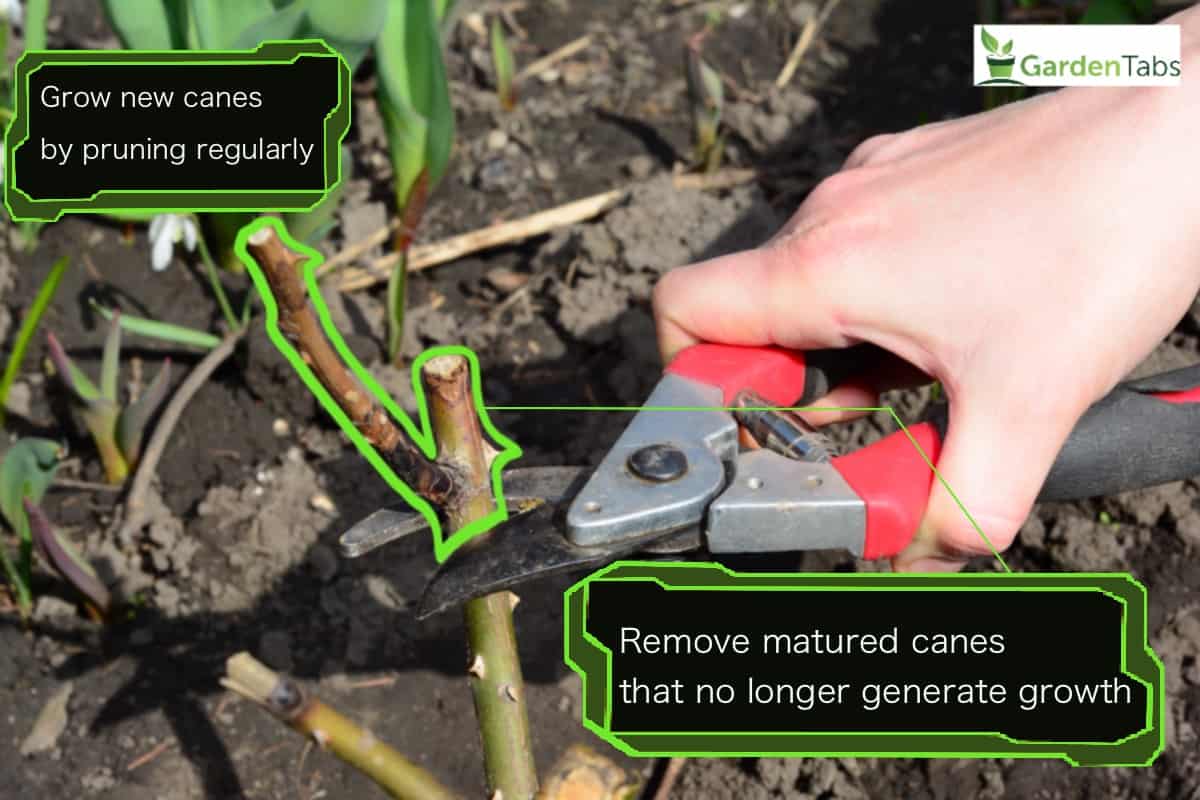 Canes are the branches of the main trunk from which leaves, thorns, and flowers emerge. They spring from the bottom or lower portion of the trunk just above the rootstock. Common plant owners typically avoid pruning and tend to prefer maintaining lush leaf growth and thick foliage.

Cutting off plant portions actually stimulates new growth simply because the root system has to support fewer structures and provide more nutrients to the existing canes, leaves, thorns, and flowers.

When a seed germinates and begins to develop, the apex or terminal bud is the only existing growing point. It consumes most of the nutrients as it elongates, and the rest of the nourishment is used by the plant to form nodes that are potential sites for new leaves.

By removing the apex, pruning stimulates the growth of the nodes into lateral buds or shoots. The same effect holds true with fully developed rose bushes and shrubs; removal of matured canes redirects the nutrients into the formation of new growth.

Aggressive leaf pruning results in the development of lateral branches to replace the lost foliage, as the plant's response to restore the balance between the root system and the above-ground portion of the growth.

Occasionally getting rid of excessive foliage also allows more light to penetrate the inner portions of the shrub improving air circulation, and the desired shape and form of the shrub is maintained as well.

Roses are versatile flowering shrubs that can aesthetically enhance yards, gardens, and landscapes in many ways. They, however, require considerable maintenance and care due to the inherent vulnerability to plant disease. The spread and proliferation of infection are mainly managed by removing affected canes.

Powdery mildew is among the most widespread disease in roses and other plants. It is caused by fungi that produce a grayish-white substance deposited on the shrubs' leaves, branches, buds, and petals.

Leaves become distorted and fall off prematurely, while buds may fail to open and then die back.

Remove and destroy the canes with infected leaves and buds by cutting the portion close to the base of the trunk. Severe cases may require chemical agents to control and limit the damage and stress of the disease.

Another fungi-caused infliction, black spot disease producing dark discoloration, surrounded by a brown or yellow area on leaves which eventually falls off. The canes develop irregular blotches, become stunted, and may fail to produce flowers. With more advanced infection, you might defoliate the entire shrub.

To prevent this, prune all canes that show symptoms of the disease, then rake-off and burn the fallen leaves around the plant. Since fungi thrive in moist environments, avoid watering the leaves and flowers and only irrigate the base of the shrub.

It is best to apply fungicide sprays even on healthy growths to prevent disease and infestation. Most horticulturists and gardeners include the procedure in the maintenance process.

The mold fungus causes infected canes to exhibit discolored and often sunken or slightly excavated areas called cankers. Dieback can extend to the offshoots and lateral branches that affect the leaves and flowers as well.

The petals develop light spots that gradually expand into larger blotches. Most buds fail to open, and those that do feature poorly developed flowers that tend to sag or droop.

Extreme moisture is the main contributory factor to the proliferation of fungi, and as such, avoid watering the foliage and provide adequate circulation by spacing rose shrubs when planting.

Prune off damaged blossoms and remove infected canes to avoid spreading the disease. To emphasize, early application of chemicals such as fungicides prevents the occurrence of plant infection.

Cankers appear as discolorations that range from light brown to dark red or purple and cause the canes to die back and the entire plant to eventually die.

The disease-causing fungi gain access through openings created by cuttings and pruning. Poor nutrition, which weakens the shrub and causes plant stress, also contributes to the susceptibility to canker and other diseases.

Fungicides have limited or no effect when controlling the condition, but certain procedures may effectively minimize the damage.

Remove all affected portions that emerge from the cane or prune the entire branch altogether. As with other forms of plant sickness, it is important to dispose of all discarded parts properly to avoid spread and contamination.

Numerous other organisms cause diseases that lead to plant damage and death, and most rose species are vulnerable and easily infected.

Constantly monitoring your garden for early signs and symptoms like discoloration, slow growth, and poor flower yield is the best way to detect the presence of disease.

A chemical application like fungicides and pest control solutions should be incorporated with the regular maintenance procedures once the rose bush has matured and gained establishment.

An Overview Of Roses

Roses are flowering perennials that consist of thousands of species or cultivars. Most varieties actually originated from Asia, but there are also some species native to Europe, North America, and Africa.

It produces fragrant flowers with vibrant colors of yellows, reds, and whites. The stems, also referred to as the canes, have prickles or thorns growing all throughout.

Some wild species of roses produce berry-like fruits referred to as hips. Domesticated cultivars do not bear hips because the petals are so dense that pollination is not possible.

Parts Of A Rosebush

The different botanical frameworks of a rosebush may vary depending on the variety or species. While this is true, all roses are composed of the same parts or structures.

A rootstock is the base of a rosebush that has the ability to absorb water and nutrients present in the soil that is needed for healthy plant growth and development. 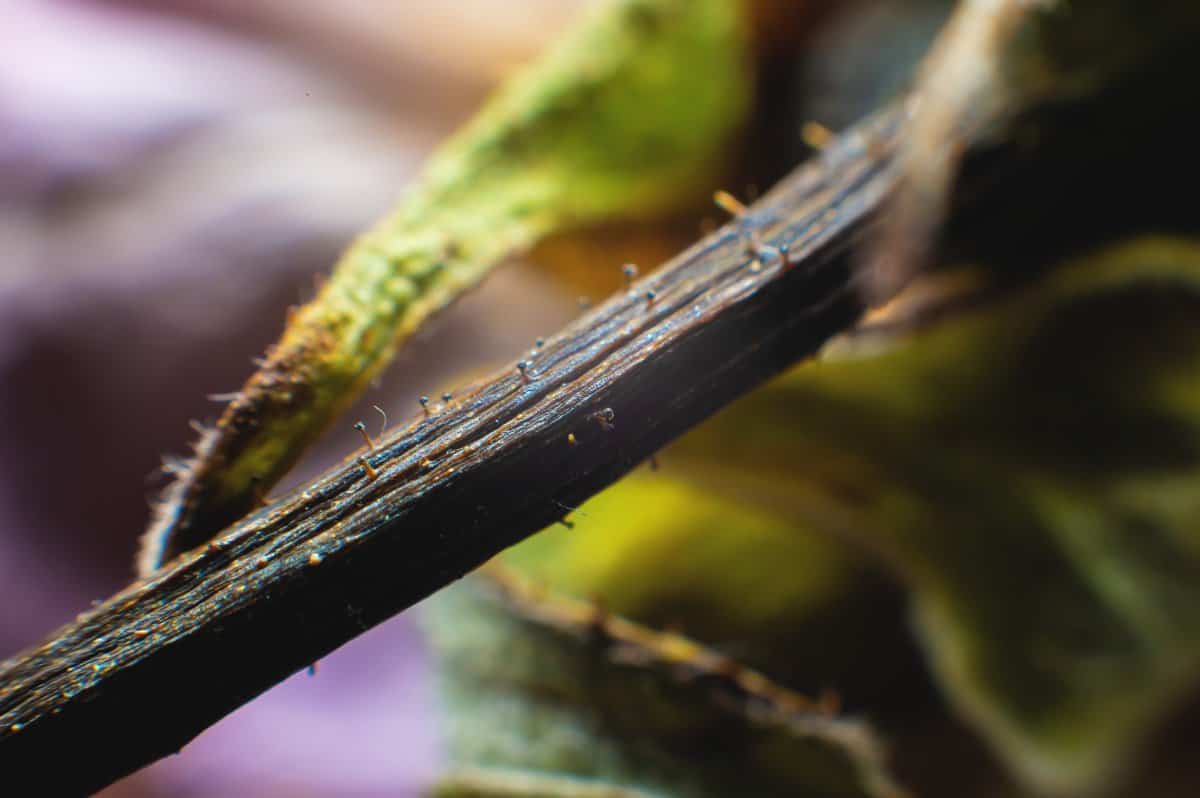 A trunk is the main part of the rosebush where canes or smaller branches grow and develop. The appearance changes over time - from an immature-looking stem into a bark-like covering. 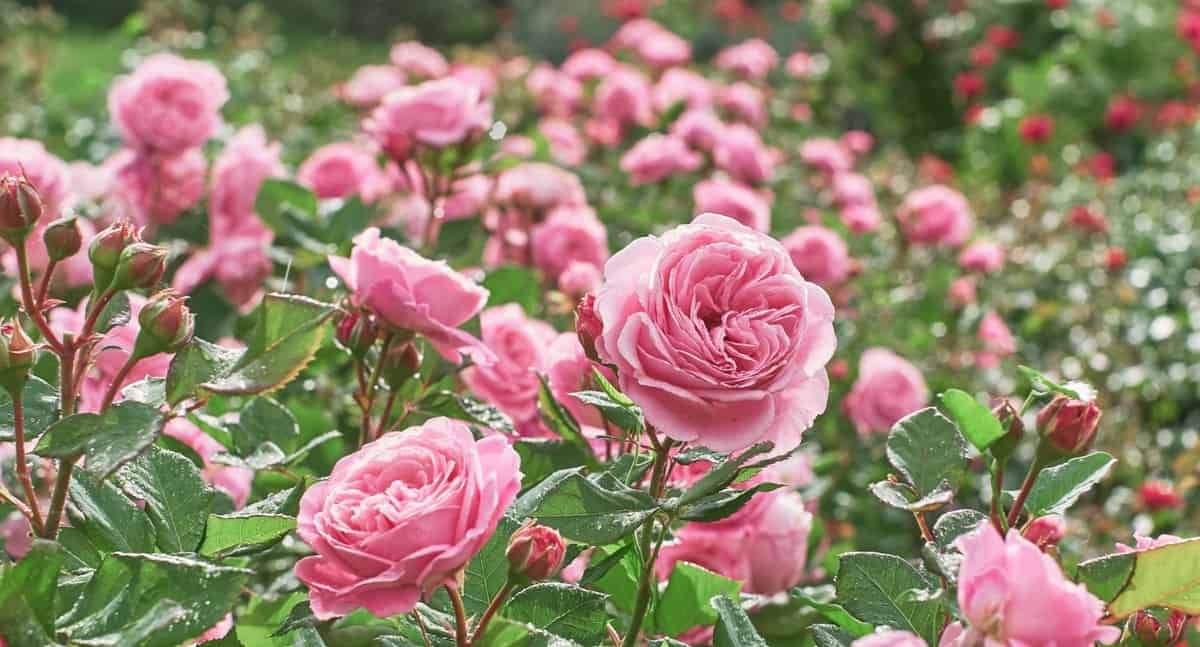 Flowers develop either as a single bud or in clusters which typically appear at the apex or at the end of the canes. Most varieties consist of five petals with hues of white, pink, yellow, or red. These blossoms usually vary in shape, color, and size. 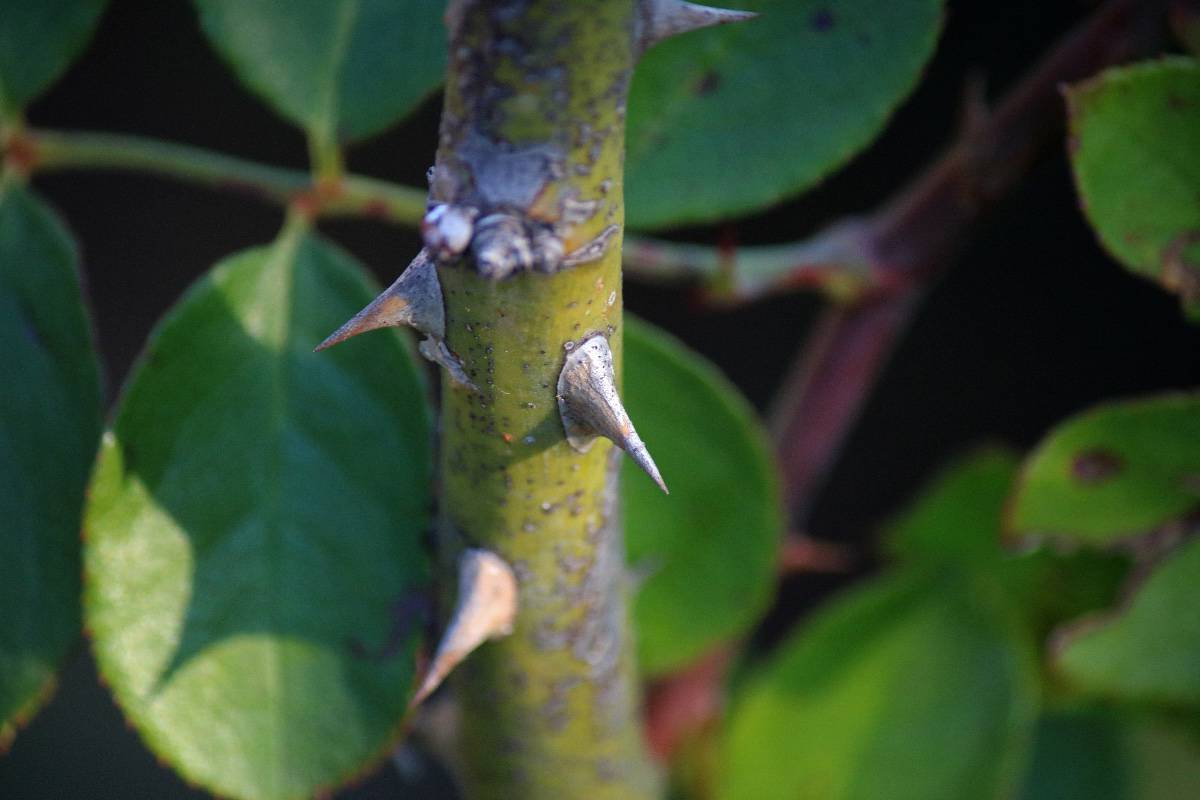 Canes are branches where the leaves, prickles, and flowers develop and mature. Depending on the cultivar, these canes usually appear green; however, they can acquire a bronze, reddish, or woody appearance.

Canes of climbing rosebushes can reach a height of 30 feet, while canes of hybrid tea roses will have to be pruned to stimulate the growth of the flowers. They usually stay at least 3 to 4 feet long.

What Month Do You Cut Roses Back?

Late winter and early spring are ideal seasons to prune a rose plant because this is actually the time when new growth appears. Major pruning should be done, particularly at the beginning of spring when your plant produces buds.

Pruning can be accomplished early in January or even late in May - just remember to consider the overall climate in your region or state. During summer, you can remove dead flowers to stimulate or encourage more blossoms in the next blooming season.

Pruning does not only stimulate new growth, but it is also necessary for the overall maintenance of your plant. We hope this article proved to be insightful and helpful in answering your queries. Happy planting!

Roses Growing Too Tall - What To Do?