Figuring out the best ways to care for the plants in your yard can feel challenging. Do you have some mona lavender growing and don't know what to do with your plant during the winter? How do you overwinter mona lavender? Do you have to do anything at all?

We will answer these questions and many more below in this article.

The best and most effective way to overwinter mona lavender is to move your flower indoors during colder seasons.

Ideally, you will place your lavender in a bright, warm window inside your house, where it can absorb plenty of sun without freezing at night.

Furthermore, if you live somewhere with moderate winter weather, you may be able to prune your lavender in the fall and let it ride out the cooler temperatures.

As we start, we will cover all things mona lavender and discuss where and how to care for this plant during the wintertime. Whether you're new to growing lavender or recently moved somewhere chilly, we're here to offer as much help as possible. With that said, let's dive in! 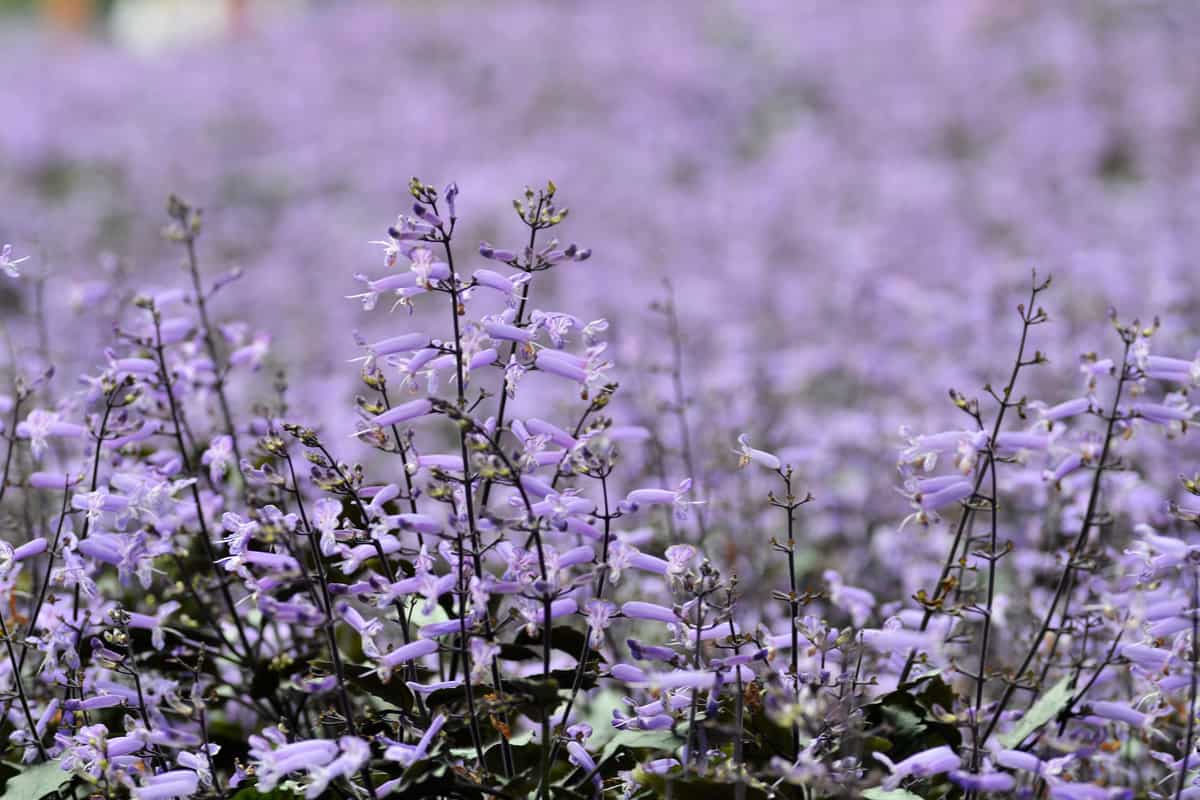 In general, mona lavender can survive "light frosts" (temperatures down to 25-30 degrees Fahrenheit). Ideally, you will grow this lavender variety in USDA zones 9b to 10/11 if you want to keep your plant outside throughout the year.

However, that doesn't mean your lavender will love the cold shoulder. Most flowers, including lavender, do best when you cover them or move them inside before a freeze hits.

If your plant sees multiple freezes within a short period, this can cause damage. You also want to consider how mature your mona lavender is.

If you recently planted your flower, it's not the best idea to let it sit in freezing temperatures for an extended time. On the other hand, if your flower is a year or older, it should be fine if you cover it with a landscaping cloth or plant net.

The key here is finding a winter routine that works for you and your plants to prevent damage or death.

This premium plant cover protects against freeze, is reusable, measures 8x24 feet, protects your flowers from snow, is UV-resistant, and comes with a satisfaction guarantee.

How Do You Overwinter Mona Lavender?

Now that you have an idea of mona lavender's cold tolerance creating an overwintering plan is essential. To start, you want to consider your location.

Moving your flower inside during the winter might be better if you're in a harsher growing zone that freezes regularly.

As we said, mona lavender will typically be able to handle light freezing, meaning the temperatures drop between 25 and 30 degrees.

If your garden gets colder, there's a high possibility of your lavender dying. Remember, even though your lavender may be hardy, that doesn't mean it can withstand negative temperatures.

On the other hand, if you are in zones 9a through 10, you can keep your flower outside during winter.

However, we recommend giving your mona lavender a light pruning before the colder season, as this will help it retain its energy.

If a plant has too many sprawling branches, winter can become a fight for survival, so the shorter, the better.

Suppose you want to move your lavender inside; regardless, you'll need to keep it in the correct climate. According to Guide To Houseplants, lavender prefers 65-80 degrees Fahrenheit, so try your best to replicate that for your plant.

Can You Keep Mona Lavender Outside Year Round?

Yes, if the temperatures where you live stay between 60 and 80 degrees for most of the year, mona lavender should thrive outdoors.

Again, it's fine if you experience a few light freezes, so don't worry if your lavender sees below-average temperatures. The primary threshold you want to remain in is above 30 degrees Fahrenheit.

As long as your winters don't get colder than 30 degrees, there won't be significant damage to your lavender.

It's also worth noting that mona lavender can handle snow, although it's better to use a snow cover to prevent the ice or moisture from finding your flower's roots.

Generally, the roots of a lavender plant will be more sensitive than the above-ground portion, which is why using plant covers or landscaping cloth can be so helpful.

Is Mona Lavender A Perennial?

Yes! Mona lavender is a perennial plant, meaning it comes back after the winter season. This rounded, bushy perennial tends to grow well throughout the year, ultimately reaching a mature height of 1-2 feet.

One of the interesting facts about this lavender variety is that it is a hybrid plant. Many gardeners use mona lavender because of its large, long-lasting blooms.

With that said, it is good to know that mona lavender is herbaceous. That means it will die back a bit during colder seasons and have a more woodsy appearance.

One of the reasons we recommend light pruning for mona lavender is that it will lose its greenery during wintertime.

Generally, the fewer branches your plant has before its dormancy, the more energy it can give to new growth in the spring, so that's something to remember.

Many experts suggest seasonal trimming for lavender plants, so this can be an all-year thing.

How Long Does Mona Lavender Live?

Although this dramatically varies, you can expect a mona lavender plant to live anywhere from two to five years on average. Your plant will generally live the longest if it has the right conditions.

For example, a mona lavender plant growing in a moderate climate with well-draining soil will outlive one grown in a cold USDA zone or a place with poor soil quality.

Typically, mona lavender prefers full sun (in moderate zones) or partial shade if you're somewhere warmer. These flowering shrubs will also do best in nutrient-rich soils, which aren't too compacted.

Like many flowers, mona lavender doesn't like to fight its way into the ground. Clay soils can sometimes be too harsh for lavender to survive, so if you have that type, you may want to aerate or add gravel/sand.

That said, the loamier your planting soil is, the better a mona lavender will respond to it, so that's a good point to keep in mind.

You also don't want to overwater lavender, which can result in premature death, so aim for once or twice each week, depending on the heat.

Yes, mona lavender does prefer warmer, more moderate year-round weather. As we mentioned, this lavender species is cold tolerant down to 25-ish degrees, although it's not good to test your plant.

Generally, locations without snow or harsh winters will yield the healthiest lavender blooms, so where you plant yours will make an impact.

Between 60 and 80 degrees, Fahrenheit seems to be the sweet spot for this species. A great place for growing mona lavender could be along the coast in California or even parts of Florida.

With that said, mona lavender also doesn't love sweltering sun and heat, so you might want to grow yours somewhere with shade if the summers are extreme.

Many experts claim that when a mona lavender plant receives morning sun and more shade in the afternoon, it does better, so try replicating that in your garden.

Can The Sun Burn Mona Lavender?

If you live somewhere with extreme heat, mona lavender can get sunburned. Like most flowering species, lavender can handle sun up to a point.

As we covered throughout, mona varieties have a heat tolerance of up to about 80 degrees, so anything hotter than that might be devastating for your plant.

In addition, you want to consider how much sun exposure your mona lavender gets daily. Suppose you live somewhere with bright, direct sunlight.

Although this may seem perfect, if the weather is 90 degrees or hotter for months, your lavender could become heat stressed.

You also want to think about how old your lavender flower is. Generally, younger lavender will be more sensitive to heat and cold, so we recommend mild, moderate growing conditions.

So, if you're in a more desert-prone place, try growing your mona lavender in partial shade.

Is Mona Lavender Easy To Grow And Maintain? 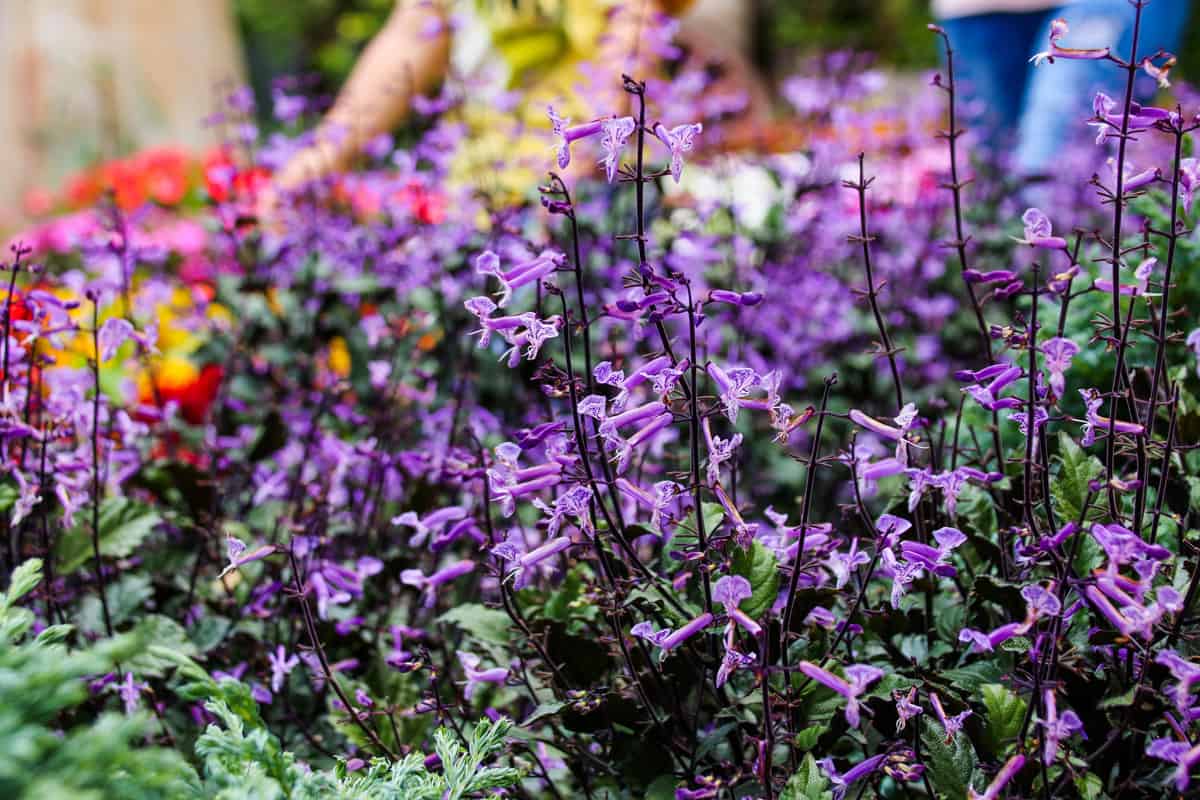 Overall, we agree that mona lavender will be easy to grow and maintain. Considering this flowering species doesn't need much attention, it's perfect for those with busier schedules.

As long as you give mona lavender good draining soil, moderate weather, and loamy, non-compacted dirt, it should thrive within your yard.

You also want to make sure you give your plant enough water. Typically, mona lavender requires around 1-3 waterings weekly, depending on the weather.

Furthermore, you might consider seasonally pruning mona lavender, as this can help with growth and energy consumption. The key here is moderation: in all aspects of growing and maintaining your plant. 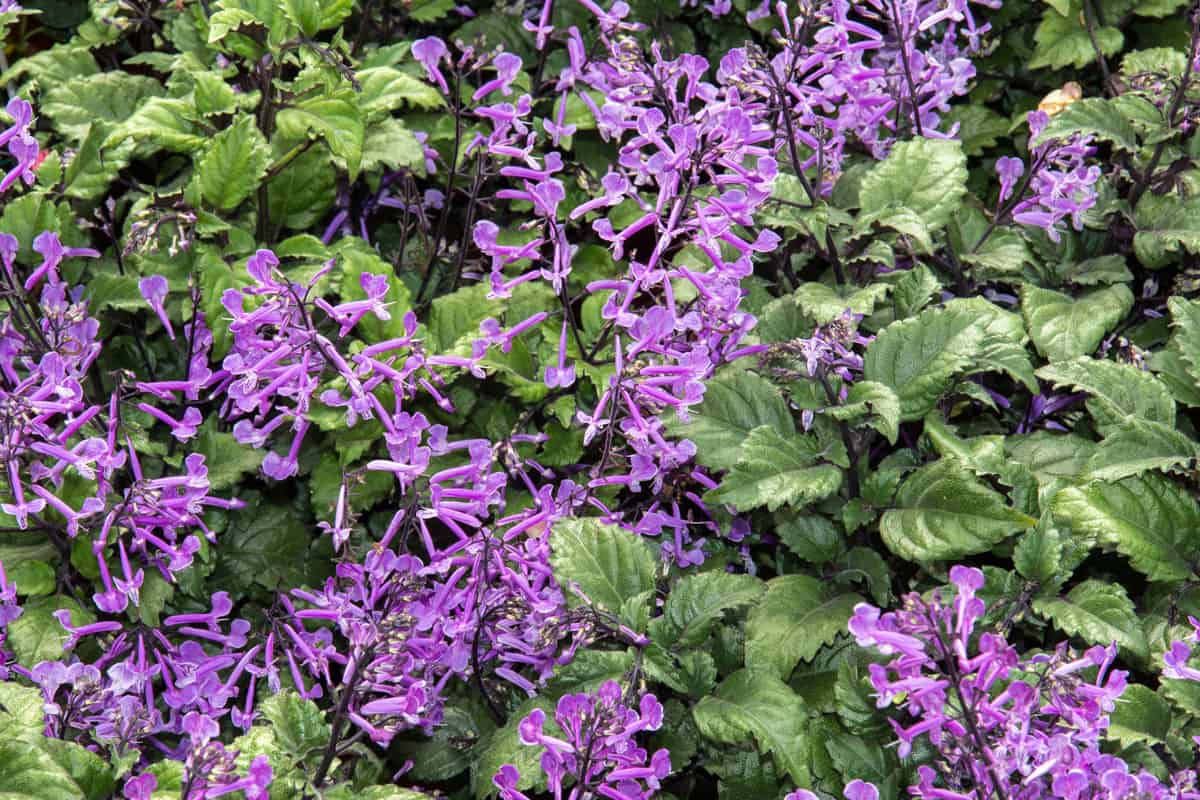 Whether you have a mona lavender growing in your garden or want to plant one, it's always good to know what weather this species prefers.

From what we uncovered, mona lavender can survive colder temperatures, down to 25 degrees Fahrenheit. However, we don't recommend leaving your lavender out in freezing weather for long periods without protection, as this can harm it.

You also might want to consider moving your lavender inside during winter and placing it in a bright, warm window.

Made it to the end? Check out these other related garden articles below!

How To Overwinter Gardenia - In Pots And In Ground