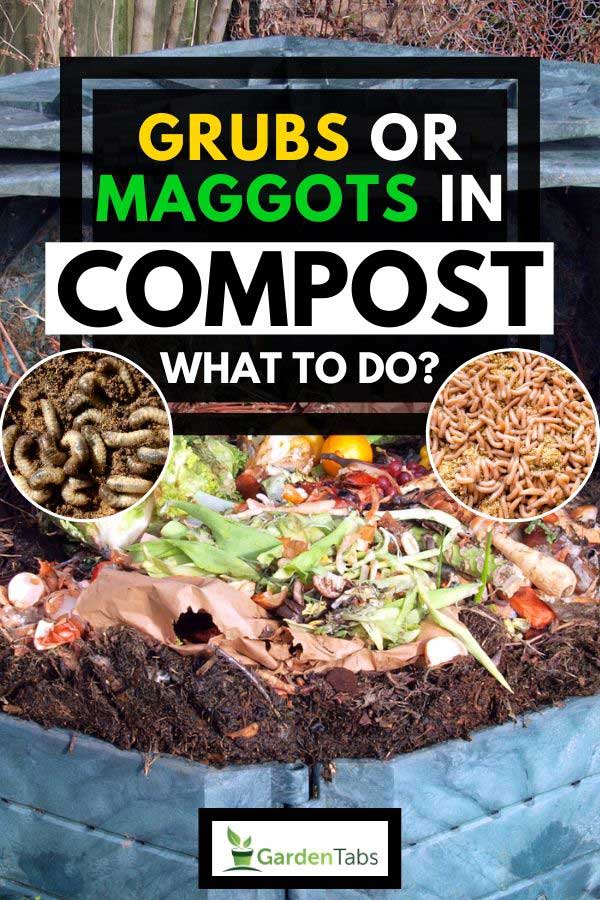 There are many different ways to compost, but whether you have a basic compost heap or a compost tumbler, there's a good chance that at some point you're going to find that maggots have somehow found their way in, and made your compost their home. So what do you do if this happens to you?

Maggots in your compost aren't inherently bad, as they help break things down faster. However, you can get rid of them by adding citrus to the mix, dry, dead leaves, or by letting chickens poke through it.

Now you know how to get rid of maggots if you find them in your compost, but are maggots actually bad for it? Is there anything else you need to know, or ways you can prevent maggots from getting into your compost in the first place? We've done all the research, so keep reading to have your questions answered.

Are Maggots in Compost Good or Bad?

The answer to this question depends on what you want for your compost. There are some perks to having maggots in your compost, but there are some downsides too, so let's go over the pros and cons so you can make the best decision for you and your compost.

We can all agree that maggots are disgusting. However, they bring some benefits to the table when it comes to compost. For example, maggots feed on organic matter, which means when they end up in your compost, they help break it down much more quickly than would happen on its own. There are entire businesses that have found success in a process called grub composting because it's so efficient and so much faster than waiting for things to decomposing on their own.

Their burrowing helps aerate the compost, which helps it break down even faster. When it all comes down to it, if your compost isn't breaking down soon enough, adding some black soldier fly larvae to your compost might not be a bad idea.

Maggots, as we mentioned before, do help break down your compost by consuming some of the organic matter and processing it. However, you make several tradeoffs when you let them make a home in your compost barrel. For example, yes, they break down the matter in the compost, but there is a nutritional tradeoff. Because they consume nutrients, they take some of the food's nutritional value that would have been put into your garden to fix your soil, which you can learn more about by clicking here.

You're also going to need to consider how much access bugs will have to the compost. For example, is it sealed, and the few maggots you found are flukes? Or is it a reasonably open bin, and you're pretty much guaranteed to find more maggots and grubs in the near future?

If that's the case, you're going to want to be careful. If you end up with too many maggots and flies in your compost just repeating the birth cycle over and over again, you're going to end up with a nutritionless, unusable black mush full of maggots, grubs, and other disgusting things, which brings us to our last con.

What Do Big White Grubs Turn Into? 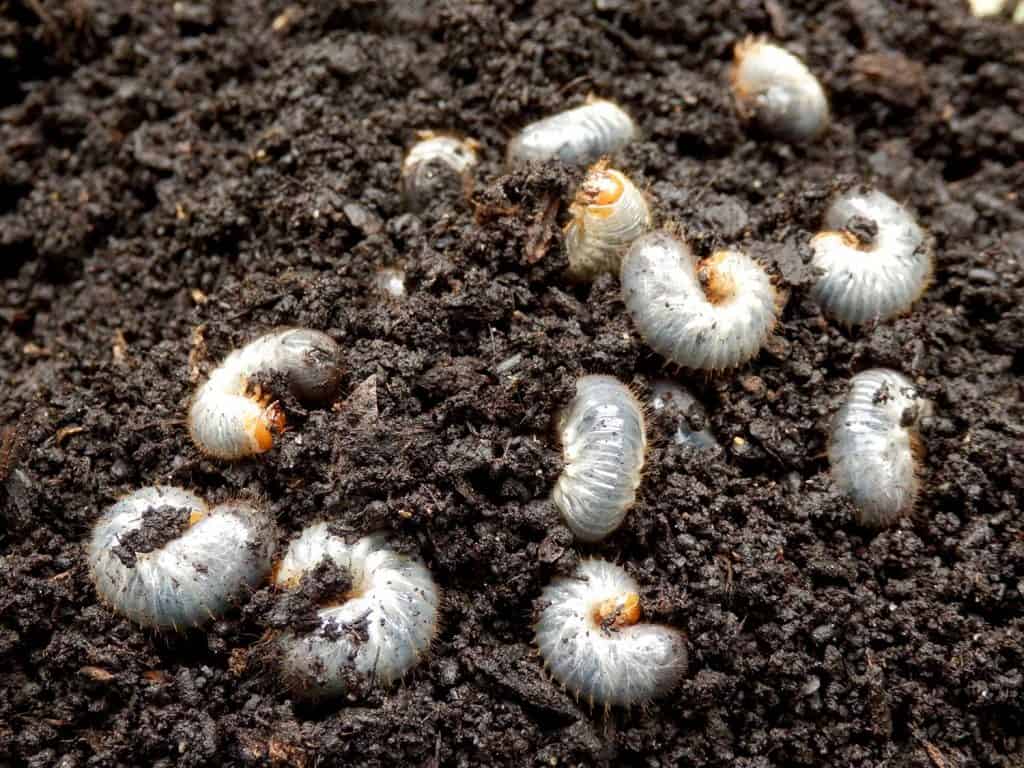 While there are several different kinds of white maggots and grubs you might find in your compost heap or barrel, there is a good chance that the one you see most often is the larval form of the black soldier fly. There are pros and cons to having this bug around your compost.

Black soldier flies, once they reach their adult stage, actually look similar to black wasps, which can initially be startling if you come across many of them at once. However, compared to wasps, or even common house flies, they are incredibly harmless and are comparatively beneficial.

Their small mouths also mean that they have limited energy to expend, because it's harder for them to eat, so they spend less time flying around. This means that, for example, if one somehow gets into your house, you will easily be able to catch it and release it back outside, since it won't go out of its way to get away from you.

On the upside, the black soldier fly larvae are the larvae most commonly used in grub composting, which means that, in a way, at least you have the professional maggots hard at work in your compost, instead of the cheap labor you could be getting from the common housefly.

Black soldier flies get their name from their tendency to fight and chase other insect life away from their nests, protecting their eggs. This means that the chances of other flies of bugs deciding to make a home out of your compost are significantly smaller, so long as the maggots you have do belong to black soldier flies.

If they decide to nest in your compost, they will kill and eat the larvae of other bugs that have decided to nest and lay eggs, which makes them great at pest control. Again though, it is worth reiterating that they are not an aggressive bug and will generally hide if threatened.

Those are the good things about them.

What are the bad ones, you ask?

When a female black soldier fly lays eggs, she lays between two hundred and six hundred of them. Even if not all of them hatch, that will still leave you with an average of several hundred maggots that you need to deal with. They, in turn, will grow up and have a good chance of laying more eggs in your bin. It's a situation that can get out of hand fairly quickly, turning your compost bin into a fly farm.

How Do You Get Rid of Maggots in Your Bin? 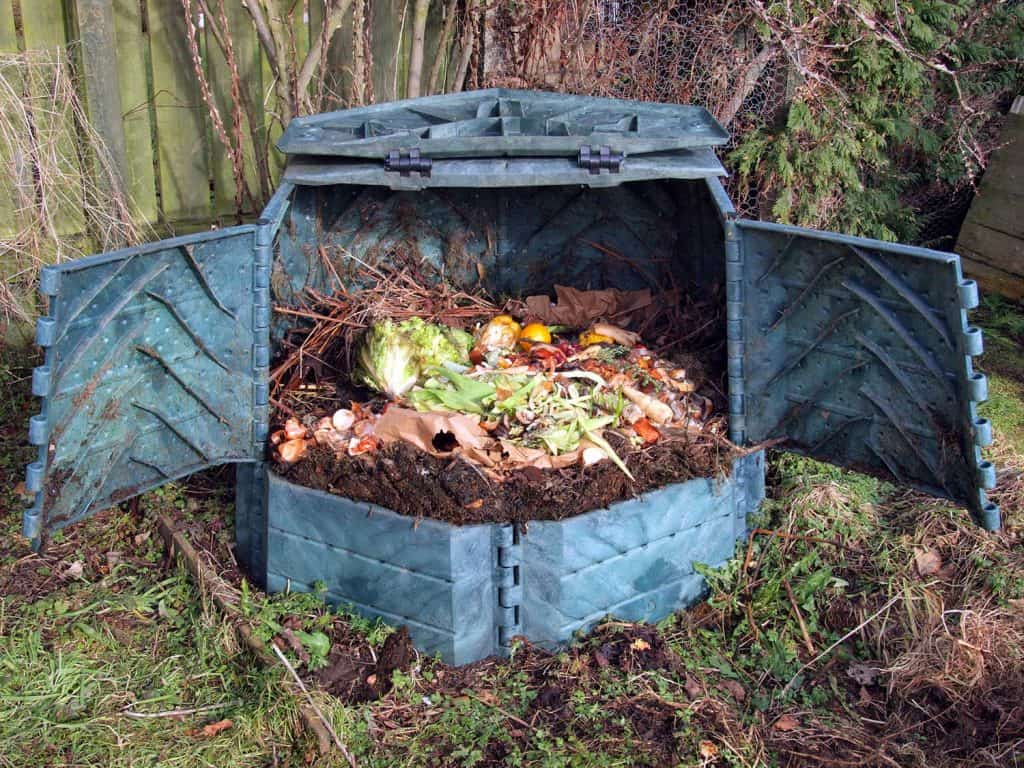 There are quite a few ways to get rid of maggots that have found their way into your compost, so we'll cover our top three options

Maggots live off of "green" matter, the stuff with juice in it, for lack of better imagery. Apple cores, banana peels, things like that. Brown matter is something like dry grass, hay, paper, dead leaves, things that are all dried out, and don't contribute to a higher moisture content, which is where you will have maggot problems.

Adding these things to your compost will help dry the mixture out, which takes away from the safe places maggots can live, and locations where eggs can be laid. While you're in the process of adding more browns, stop adding greens.

Adding lime to your compost will change the chemical composition of the compost, making it a hostile environment for the maggots. Unfortunately, it also makes it hostile towards the microbes and bacteria that break down the compost.

Other, more natural ways you can accomplish essentially the same thing are to add citrus fruit to your compost mix or to add pine needles.

To buy lime from Amazon for your compost, click here.

This obviously won't be an option for everyone, but chickens are a great way to get rid of pests like maggots. Chickens will, of course, eat other organic matter too, but if they see maggots wriggling around, they're going to go for them first. If you have chickens, spread your maggot filled compost out on a tarp where they can get to it.

Like we mentioned, there may be some collateral damage to the other organic contents you have added to it if you've added some recently enough for the chickens to tell that it's food. That being said, it's much easier to replace a banana peel than it is to get all the maggots out of a compost heap, so if you have to choose one, choose to sacrifice the banana peel, and let the chickens go to town.

Place your compost into a sealed container

Compost bins and tumblers are a great way to keep your compost safe from pests. Compost tumblers enable you to turn the compost, helping it generate heat and cycle everything around, assisting the break-down process. You can learn more about using a compost tumbler by clicking here!

You can purchase a compost tumbler from Amazon by clicking this link.

How Long Does a Maggot Live?

The black soldier fly larvae are generally in its larval stage for an average of 25 days. However, this stage can be lengthened if the temperature is low, of the available food supply is scarce.

How Long Does it Take For a Maggot to Turn Into a Fly?

A month is generally the length of time between the point an egg hatches, to the point where the maggot turns into a fly and is sexually mature. However, this amount of time is an average and can be extended by weeks if the maggot is exposed to lower temperatures and doesn't have access to sufficient nutrition.

Is it OK to Have Flies in Compost?

If it's the common housefly, no. There are no benefits to having houseflies in your compost. However, if the larvae belong to the black soldier fly, there are several benefits you can reap from having their larvae in your compost.