The Bald Cypress is a deciduous conifer with some unique features compared to similar evergreens. Knowing this, you may wonder if Bald Cypress trees turn brown in the winter or lose their needles. We researched more about this species of tree to find out more.

In the winter, it is perfectly normal for the Bald Cypress tree to lose its needles and grow a new set the following spring. However, if the tree turns brown, it could be due to fungus, moisture loss, scorch, stress, pests, or disease.

Read on to learn more about the Bald Cypress tree, caring for it in the wintertime, and problems to watch out for to keep it healthy. 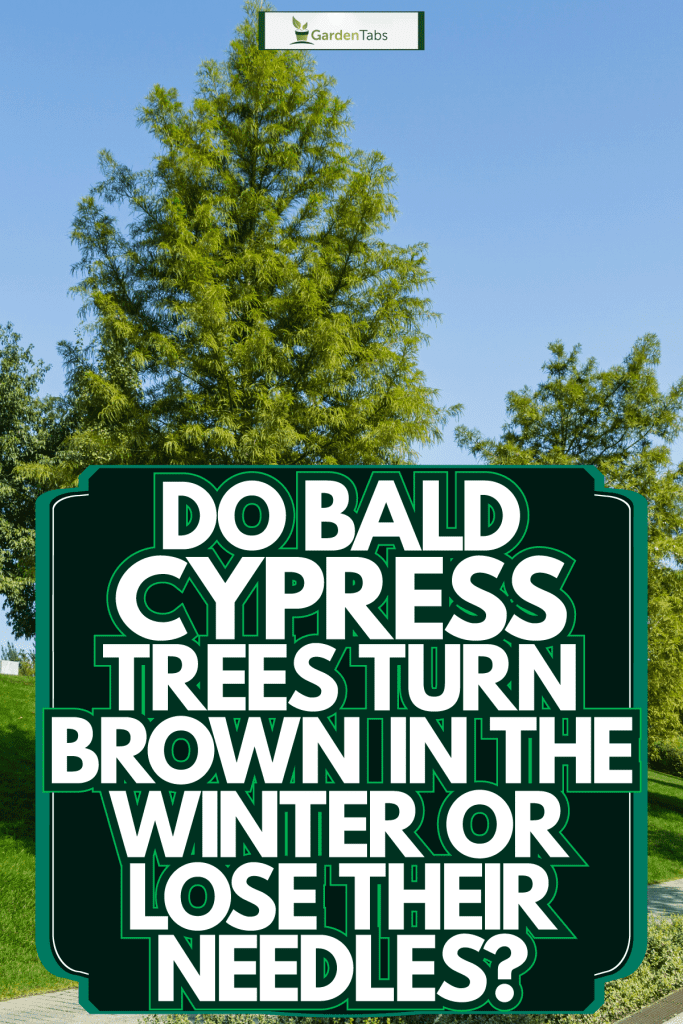 It should come as no surprise that the Bald Cypress is the state tree of Louisiana, and it is a native of the southeastern United States. Even though most conifers are evergreen and hold onto their needles, the Bald Cypress is known for dropping its needles every year.

The Bald Cypress trees are found along the banks of rivers and waterways but also thrive in drier conditions when used as ornamental trees for landscapes. The needle-like foliage of the tree comes in green, orange, and tan in the fall and the bark is usually gray or brown. 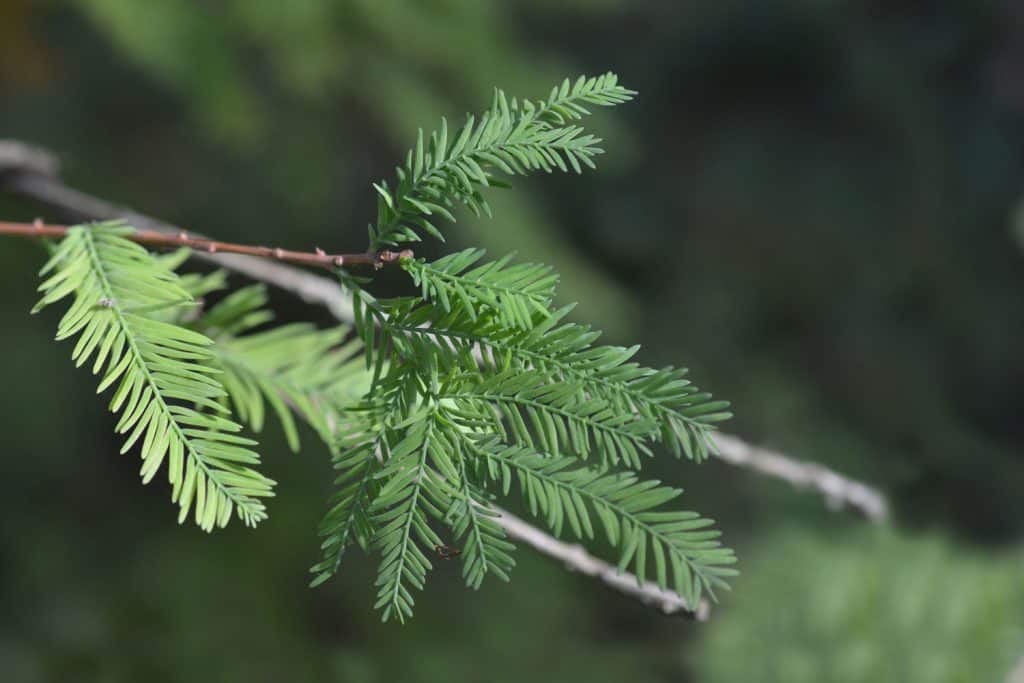 A healthy Bald Cypress can reach a dizzying height of 120 feet and is known for its roots which grow above the surface, similar to "knees." Most trees are often found in swampy conditions, where they help reduce flooding and erosion. They also support wildlife.

The rot-resistant wood of the Bald Cypress is treasured for building different things. However, these trees are being used less because they are slow-growing and are located in areas that make them difficult to harvest. In the winter, these trees undergo visible changes.

Why Is My Bald Cypress Tree Turning Brown?

Nutrient deficiency causes a tree to become chlorotic or develop chlorosis. It is critical to water the tree and give it sufficient fertilizer to help it recover to combat this problem. If you discover yellow-brown needles, that is often a sign of a red spider mite infestation.

Another problem for the Bald Cypress is the Cypress Carpet Moth. This species of insect will lay eggs on the tree. Emerging larvae will bore holes into the trunk and leaves, leading to nutrient deficiency, weakness, and the eventual browning of needles, which soon fall off.

Aside from fungi, insects, or nutrient deficiency, temperatures that are too cold or too hot will cause needles to become discolored, brown, and eventually fall off before winter arrives. It is vital to treat a tree with fungicide pesticide and ensure it is not stressed or sick.

Why Does Bald Cypress Lose Leaves? 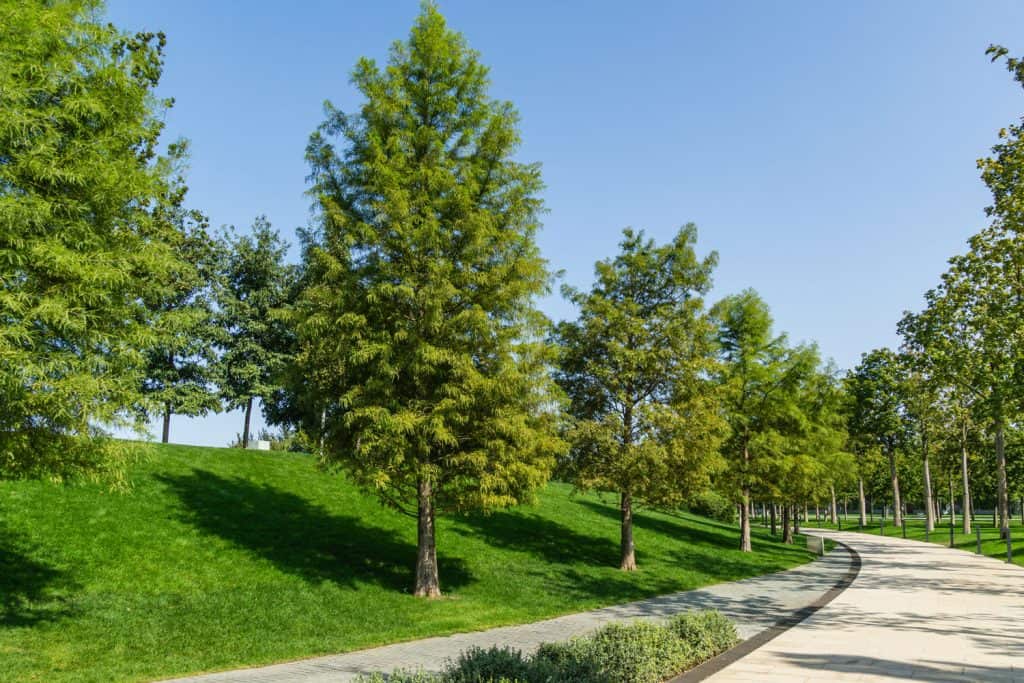 Most conifers or evergreens retain their brilliant, deep foliage year-round. However, the Bald Cypress is unique because it is deciduous and naturally loses its needles in the winter. With the return of spring, a healthy Bald Cypress tree will develop a new set of leaves.

Sometimes negative events like fungi, insect pests, drought, stress, or a lack of nutrients like iron can cause the Bald Cypress to lose their leaves early. It is important to check on the tree to remedy any visible signs of early browning, yellowing, brittleness, or needle loss.

Insects can bore holes in the leaves and trunks, robbing the Bald Cypress of vital nutrients, leading to early loss of leaves. Fungi can wreak havoc on this species of tree, leading to needle loss, requiring fungicide treatment, and the pruning of damaged or dead areas.

Check out these seeds for growing a bonsai Bald Cypress on Amazon.

A Bald Cypress tree thrives in moist so, as it naturally grows near bodies of water like swamps, by rivers, and near springs. However, it is possible to maintain a Bald Cypress on a landscaped property, provided it is watered properly.

How much water a Bald Cypress needs depends on its zone location, local weather patterns, and the age and health of a tree. Younger trees will require extra care until they are established, as older trees can survive on less water.

During times of drought, the watering schedule for a Bald Cypress should increase to ensure the soil doesn't fully dry out, leading to stress. Additionally, if you live in a rainy area, you can cut back on watering a Bald Cypress to prevent encouraging fungi growth.

It is helpful to soak a Bald Cypress at least once a week in the summer and make adjustments as needed based on the season, temperatures, and rainfall. Overall, the Bald Cypress thrives in soil that is acidic, moist, or a wet boggy site.

Check out this Bald Cypress plant on Amazon.

How Do You Revive A Brown Cypress Tree? 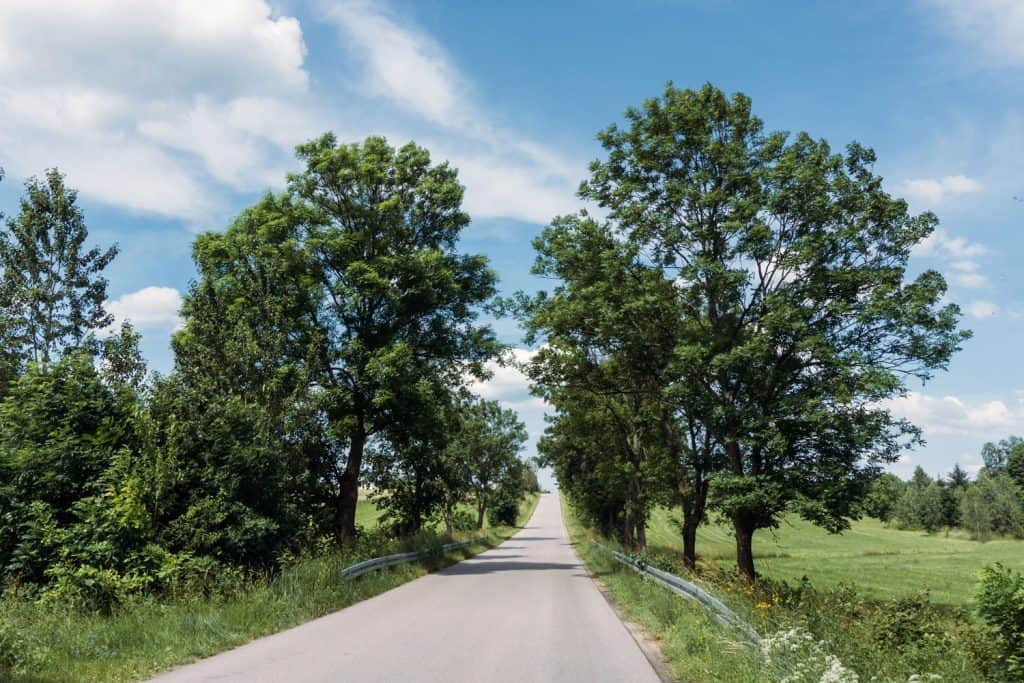 It is possible to revive a Bald Cypress from the brink of death, especially in a drought, stress, or pest. Applying fungicide or pesticide to a tree helps eliminate insects or fungi if discovered early. Nutrient deficiency can be combated with fertilizer.

Pruning a Cypress tree as necessary is vital to ensuring the plant's health. As soon as any damaged, diseased, or dead branches or other areas of a tree are discovered, they should be removed to prevent spread to healthy areas.

Taking preventative and protective measures to reduce the chances of a tree stressing out because of extreme temperature exposure is essential. If there is a drought, soaking the roots and increasing the watering schedule is helpful. Watch out for anything that causes stress.

Contact a professional care service if you cannot apply a strong enough fungicide or pesticide to your tree or problems with pests or disease has gone out of control. Unless a Bald Cypress has lost all of its leaves very early after going brown, it can likely be revived.

Is A Bald Cypress A Good Tree?

If you live by a river or pond, consider growing a majestic Bald Cypress tree. Not only is this tree a beloved addition to properties because it can reach heights of 120 feet and has rot-resistant wood, but its roots also provide a sturdy anchor, making them highly wind-resistant.

The Bald Cypress tree is slow to moderate growing, lasts for years, and helps trap pollutants, prevent soil erosion, and reduce flooding. Maintaining this tree species is pretty easy and doesn't require much effort. Of course, it is good to prune areas as needed regularly.

Even though this type of tree is ideal for swampy, boggy areas, the Bald Cypress still does surprisingly well when placed alongside residential streets or yards. The soil for a Bald Cypress must be on the acidic side, moist, and with plenty of sun.

A Bald Cypress can thrive in zones 4 through 10 and eventually creates a shady canopy where it stands. Unlike other conifers, the Bald Cypress creates some visual interest because it loses its needles in the winter and because of its mysterious-looking "knees." 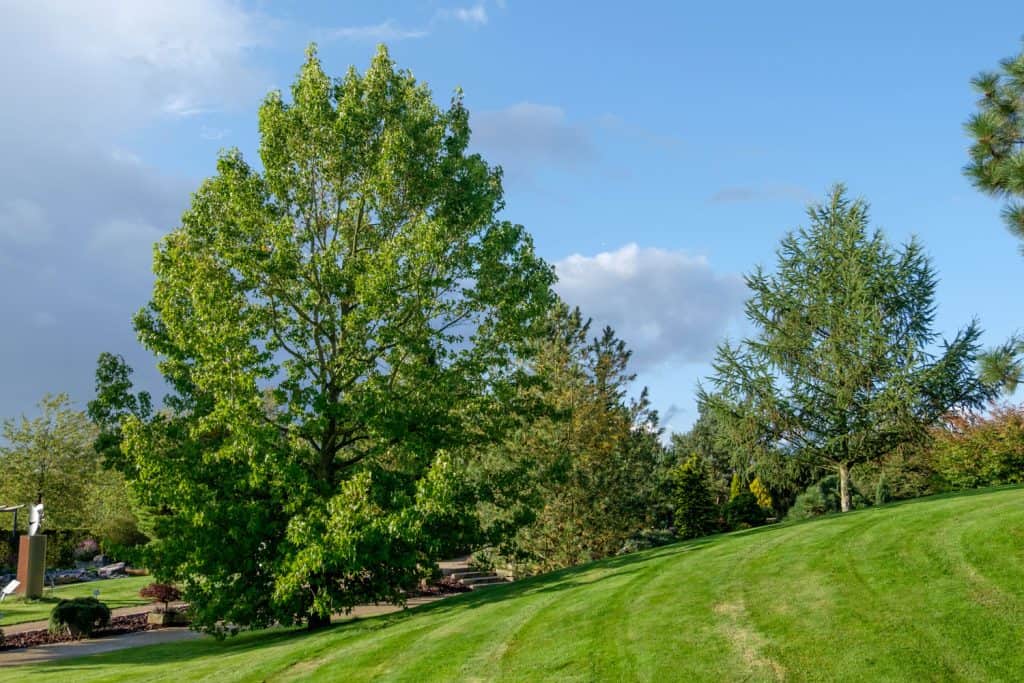 If a Bald Cypress loses its needles before winter, stress, fungal infection, or insect pests are often the reason. The bark can become brittle and damaged from cold stress and moisture loss. The needles can also change to brown because of fungi, pests, or moisture loss.

Before you go, don't miss out on reading the following articles.

Read More: Why Is My Bald Cypress Tree Turning Yellow?