The most common type of snail in the United States is the garden snail [cornu aspersum]. This snail has a dark to chestnut brown shell about 1-1⅝ inches in diameter and can completely retract its slimy, grayish-brown body into its shell.

Some other common garden snails include:

You might encounter many other types of snails in your garden, so keep reading to learn about 15 of the most common snails. Let’s get started! 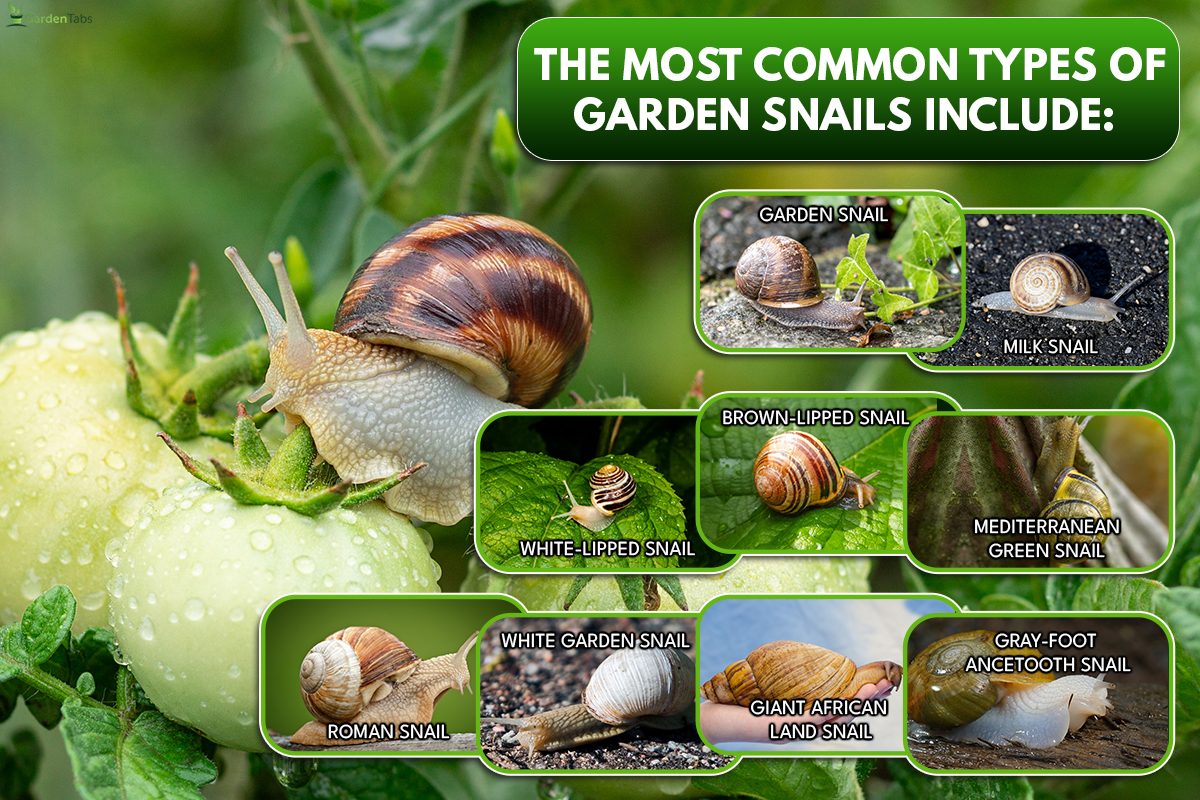 If you find a snail in your garden, there’s a good chance that you’re looking at a common garden snail, also known as the European brown garden snail. It has a brown shell about 1-1⅝ inches in diameter and can pull its soft, grayish-brown body entirely into the shell. 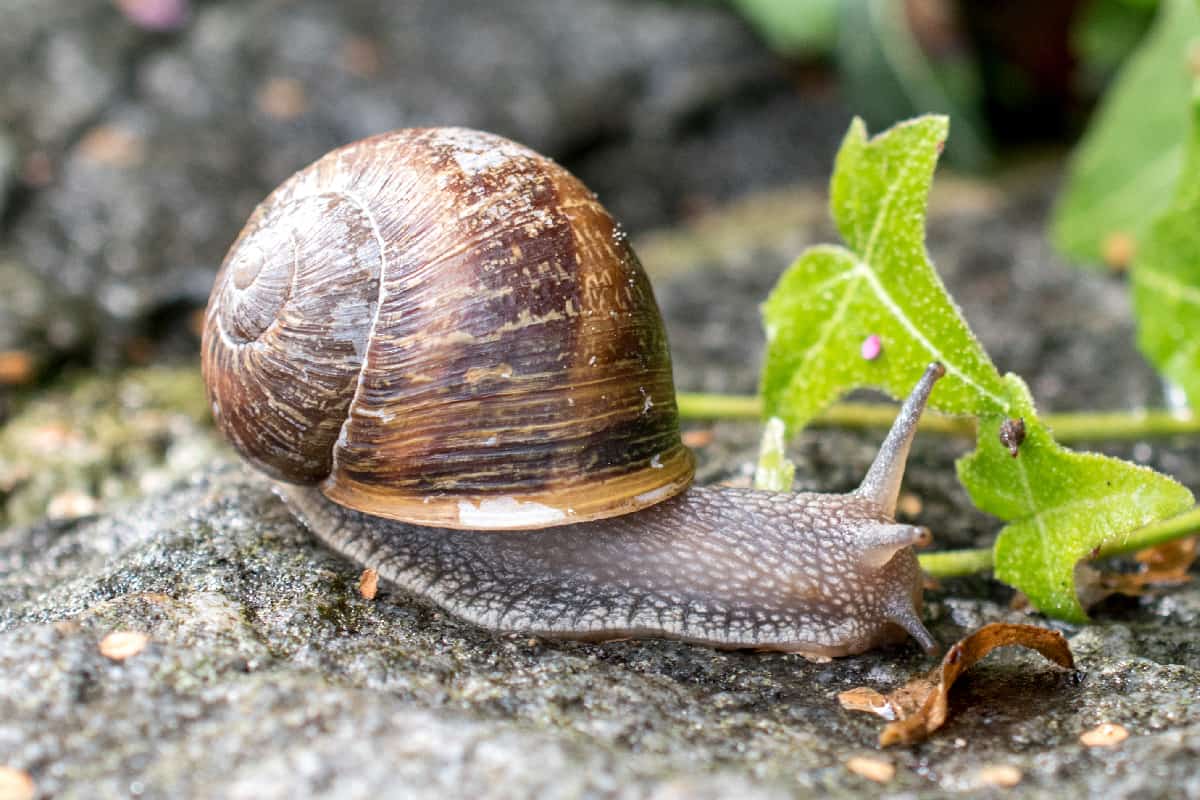 Since they eat both fresh and decomposing plant matter, a few garden snails can be helpful in the composting process. Too many, though, could spell trouble, as they might start munching on your living plants! 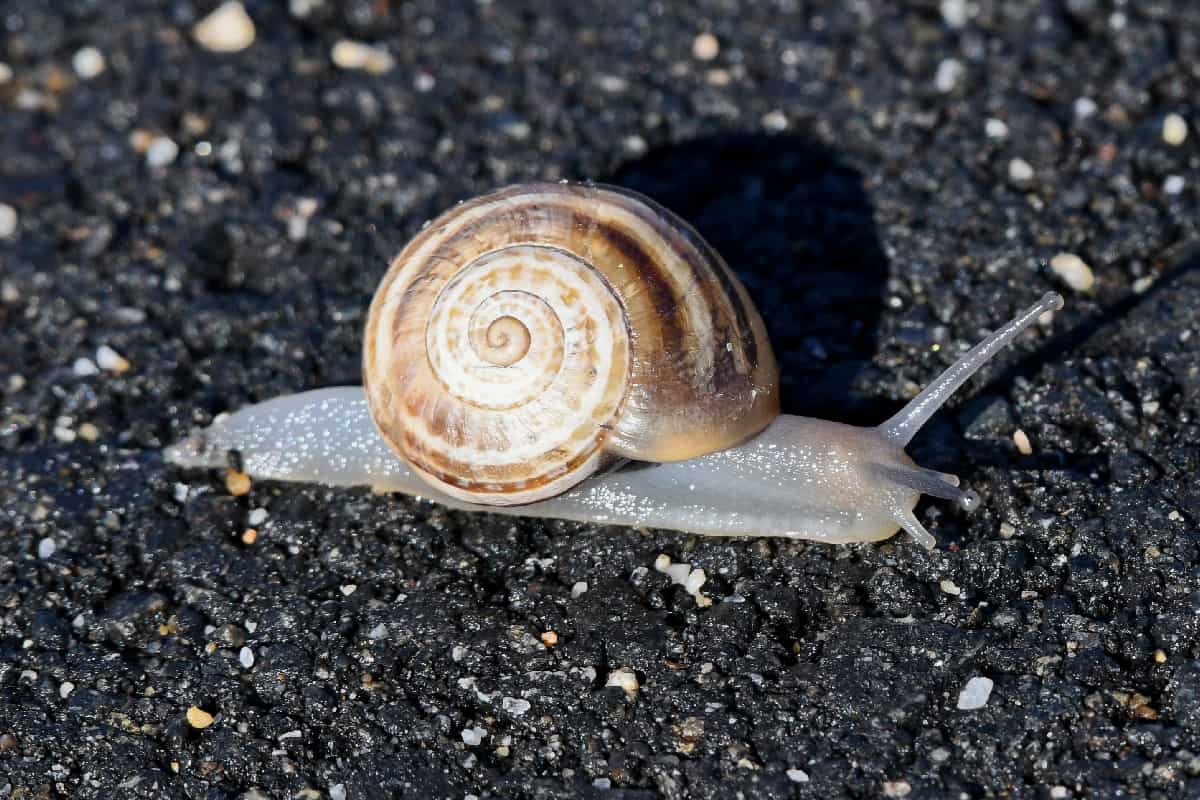 Another import from the Mediterranean milk snails are large, edible snails that are considered invasive in the United States. Since they eat large amounts of fruit and plants, they can be problematic for gardeners and native snails alike.

They can be recognized by the large, spatula-like rim around the opening of their dark brown shell and their large size - about 1⅛-1 ½ inches in diameter.

Although milk snails usually cause problems when found outside their original habitat, you can keep them as an easy-to-care-for pet! 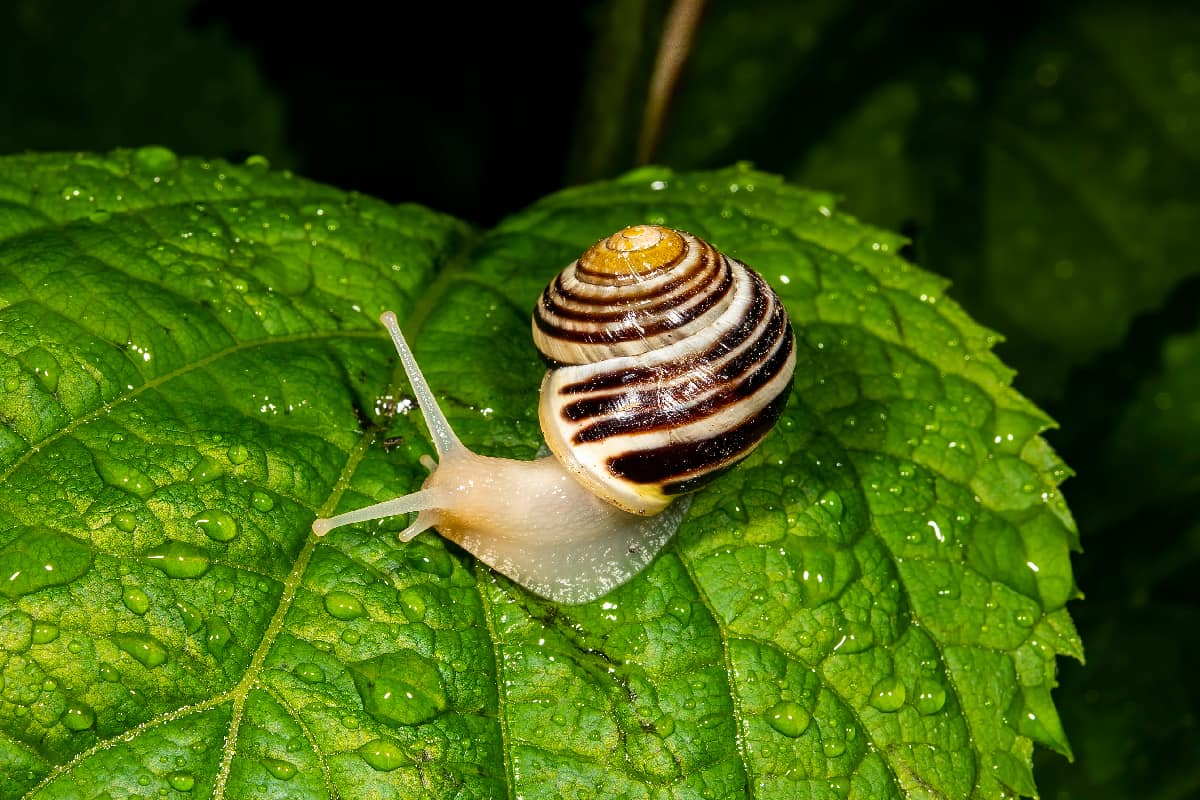 Named after the white band found around the opening of its shell, white-lipped snails are about 1 inch in diameter and located in damp places throughout Europe and North America.

If you find one in North America, know that it’s an invasive species that is competing for limited resources.

Since white-lipped snails are herbivores, you’ll need to monitor their numbers in your garden closely. They also like to eat carrion-decomposing fungus, which can present health risks to humans who touch or consume them. 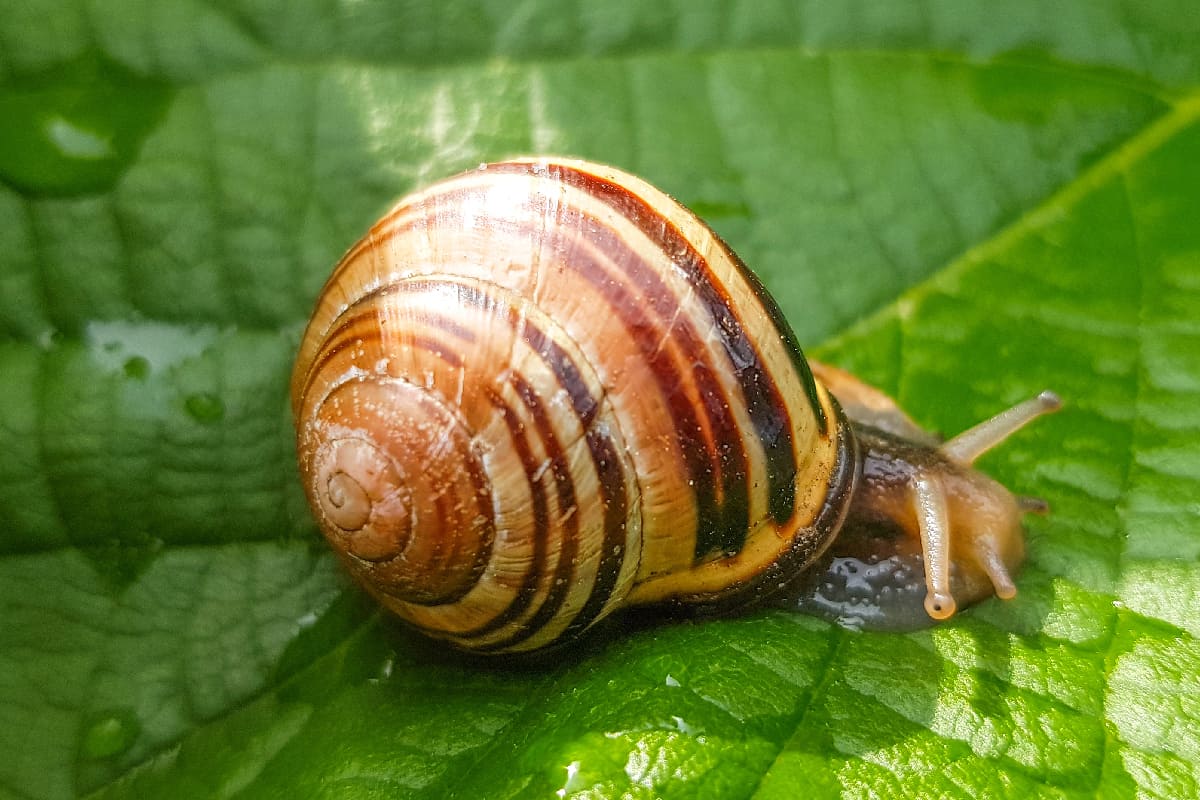 Also called Grove Snails due to their preference for damp, wooded areas, Brown-Lipped Snails are among the most common European snails. Now also found in North America, they are considered a mildly invasive species.

They’re a little over 1 inch in diameter and look similar to the white-lipped snail but with a brown band at the opening of the shell.

Good news for gardeners, though - grove snails are more interested in eating your garden’s fallen leaves, fungi, and moss than your carefully tended living plants. This makes them a great addition to your little ecosystem! 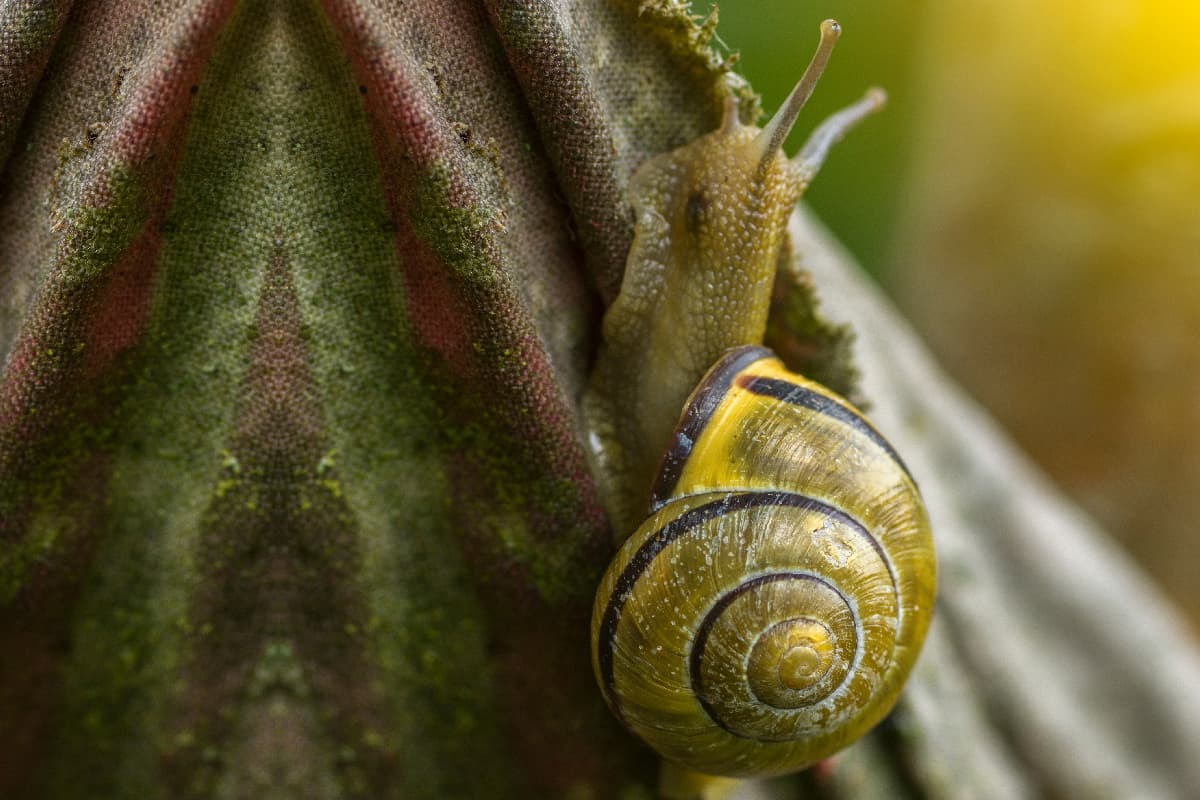 Native to the Mediterranean region of Europe and North Africa, the Mediterranean green snail is a potentially serious invasive species in North America and Australia. Due to its diet of plants and grass, it could cause ecosystem problems through overconsumption.

Unfortunately, these problems extend your garden’s ecosystem. If you find Mediterranean green snails in your garden, your best bet is to have them removed. You can recognize them by their olive-green color and because the outermost whorl of the shell is much bigger than the inner part of the whorl. 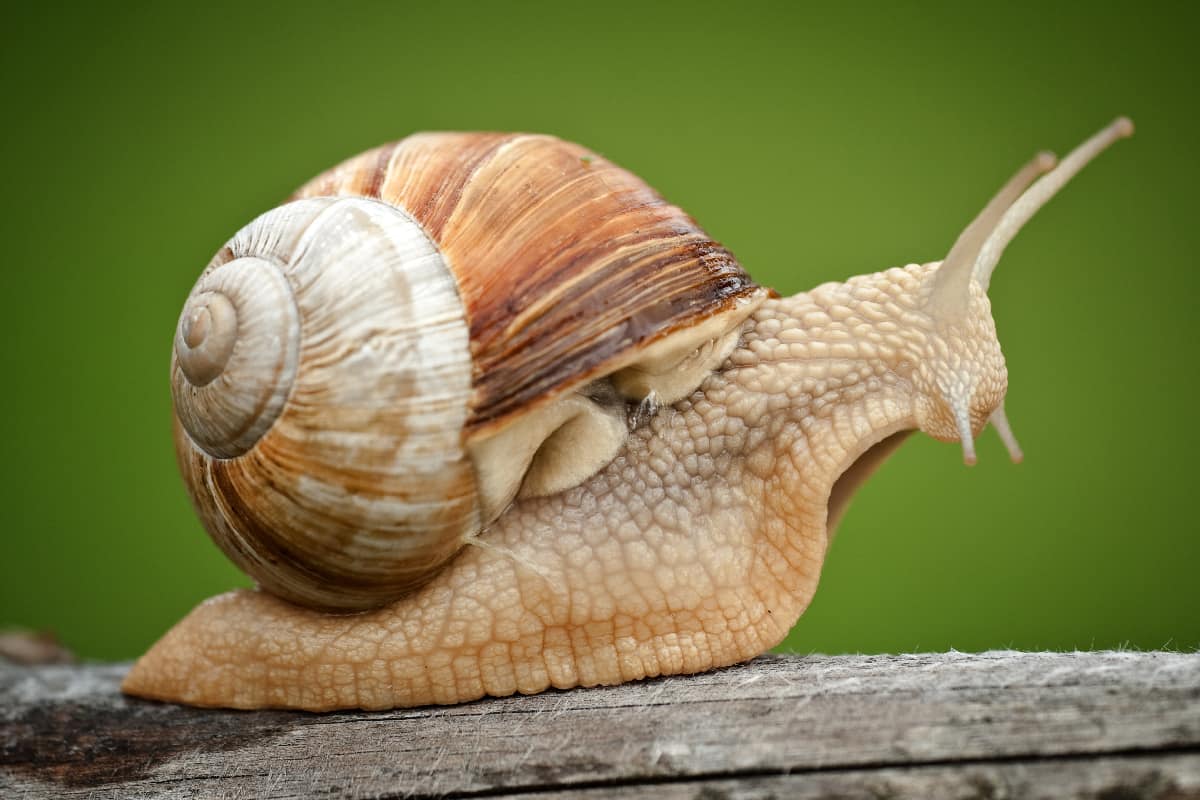 One of Europe’s largest snails, the Roman snail’s claim to fame is being the famed “escargot” of French cuisine. Originally found in Europe, the Roman snail eats all parts of plants, including the leaves, flowers, sap, and fruit.

Roman snails found outside Europe are typically on farms, but due to their dietary needs, they can cause problems if they escape into the wild. Luckily, they’re easy to spot due to their large, ridged shell of 1-2 inches with a small hole in the center. 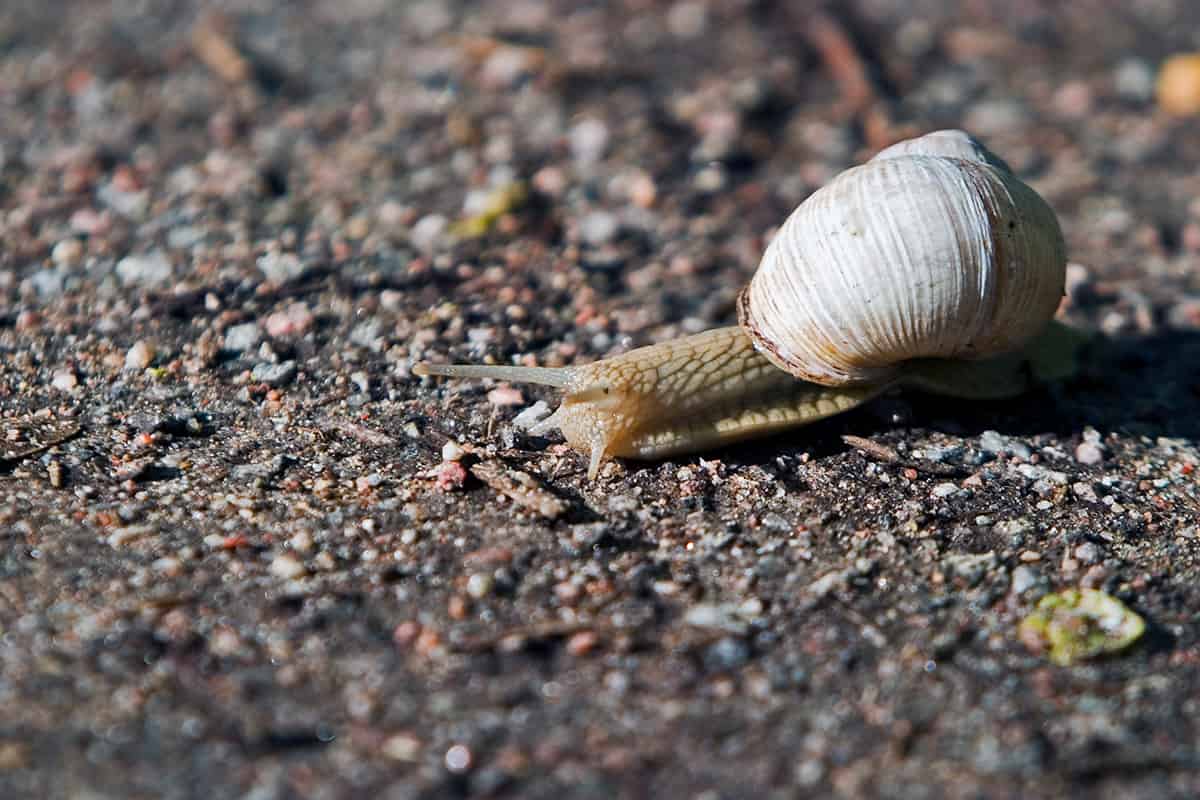 Named after their striking white shell accented with a brown stripe marking the whorl, the white garden snail is about ½ inch in diameter and, unfortunately, a severe pest for gardeners. They voraciously eat trees, shrubs, and leafy plants and sometimes congregate in large groups to feed.

Like many other snails, the white garden snail is an invasive species originally found in the Mediterranean. If you spot them in your garden, they may need to be exterminated as they present a threat to both native snails and your plants. Read our article What Is Eating My Bleeding Heart Plant [And How To Prevent It]? for advice on getting rid of snails. 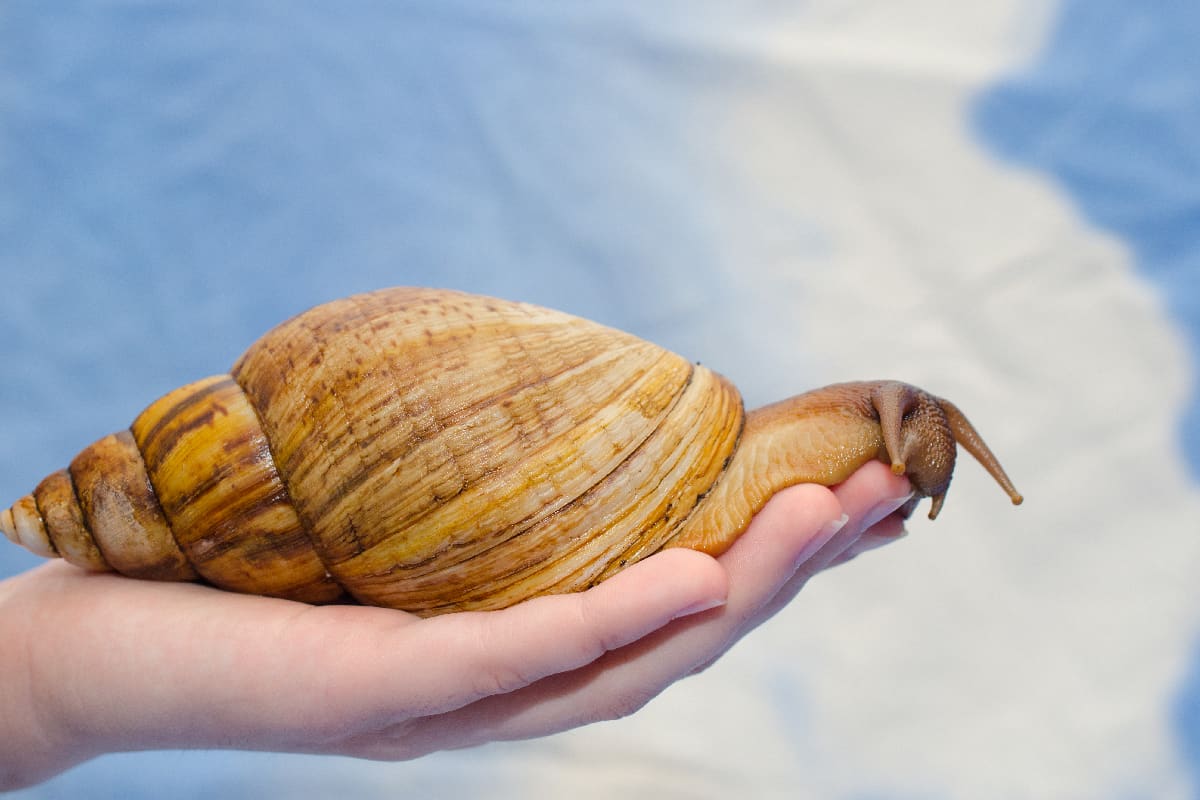 As their name suggests, giant African land snails are huge, measuring almost 8 inches in length. Mostly found in warm climates, they’re also one of the world’s most destructive snails due to their size and the fact that they eat nearly 500 different types of plants!

Giant African land snails also present a health risk, as they carry the parasite rat lungworm, which can cause meningitis. If you find one, don’t touch it with your bare hands and notify the proper authorities.

The diminutive [no bigger than ⅛ inch] yellow-gray orchid snail gets its name from its meal of choice - orchids. These snails can wreak havoc on orchids grown outdoors or in pots by eating their roots and causing the plant to become unstable.

Orchid snails will also eat the petals and leaves of their favorite plant. Although they prefer orchids, they’ll eat other plants, too, so removal is your best bet if you find them in your garden. To learn more about caring for orchids, check out our article When to Repot and Transplant an Orchid.

With a thick, teardrop-shaped shell, eyes at the base of their tentacles, and being closely related to marine snails, globular drop snails are unique creatures. They can be found in the southern United States and prefer tropical climates.

Its feeding method is also unusual, as it uses its tongue to scrape up food from plants. Since they are native to the United States and mostly live in forests and near limestone cliffs, they do not present a great threat to gardens.

Found in Canada and the northern half of the United States, the broad-banded forestsnail is easy to recognize with its yellow and brown striped shell that grows to about 1¼ inches in diameter. As the name suggests, its preferred habitat is forests and other damp areas.

Since the broad-banded forestsnail eats a combination of living plants, fungus, and decaying vegetation, it can be a good addition to your garden in small numbers. Just keep track of how many snails have moved to avoid an infestation. 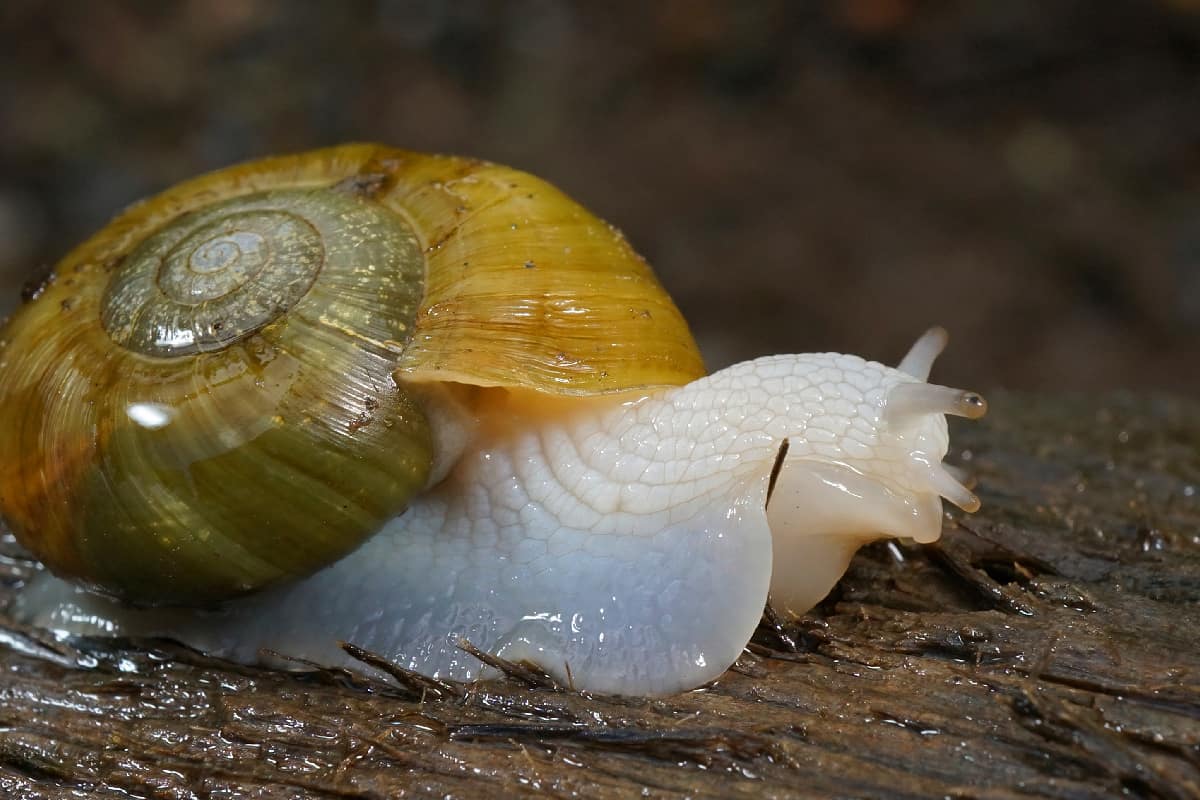 Your plants also don’t need to fear the gray-foot lancetooth snail, as it is one of the only types of snail that preys on other snails.

Although it has been known to eat plant leaves as well, its primary food source is young snails of other species. It has a golden-brown shell that is about ¼ inches in diameter.

Since the gray-foot lancetooth snail is native to the United States and generally leaves plants alone, it shouldn’t present problems for your garden. However, you will want to monitor its presence if you also have nearby endangered snail species.

The toothed globe snail, so-called for a toothlike growth near the shell’s opening, is a large snail with a solid, yellowish shell about 1-1⅛ inches in diameter. It’s found in damp, wooded parts of Canada and the northern United States and is considered endangered in Ontario.

Since this snail is rare and eats a limited amount of living and decaying vegetation by scraping it into its mouth, it does not pose a threat to your garden. It may actually help by speeding up the decomposition of dead plants and leaves.

With a shell that looks like a tiny piece of coiled rope [no bigger than ⅛ inch in diameter], the compound coil snail is a distinctive-looking snail found in North America and as an invasive species in the UK. It is blind and usually lives in decaying leaves.

Not only does the compound coil snail live in decaying leaves, but it also eats them too! This makes it another great companion for your garden since it will leave your plants alone and help with cleaning up the space.

The bronze pinecone snail has a shiny, bronze-colored shell that is approximately one inch in diameter and looks almost like blown glass. They’re primarily found in the midwestern and eastern United States and prefer damp, wooded areas.

Since they typically eat bark, decomposed materials, and leaves, bronze pinecone snails present little danger to your garden. Keep an eye on the population numbers to ensure they don’t disrupt your ecosystem.

Snails are an integral part of your garden’s ecosystem, and it’s essential to identify different types so you know which will help and which will harm your plants. We hope that this list helped you feel more confident in recognizing the 15 most common types of garden snails!