Trimming trees and shrubs is regular gardening maintenance to stimulate new growth and invigorate the plants. Cutting back your rosemary is a form of over-pruning that could deplete nutrients and make it vulnerable to infestation. So how much foliage can you actually remove? Read on and find out what our research revealed about cutting rosemary to the ground.

Cutting rosemary back to the ground could result in the shrub's death since leaves are essential to produce food for its survival. Avoid pruning more than half of its main branches at once and ensure there is enough foliage below the level of the removed portion.

You should adhere to established methods when trimming or cutting back parts of any plant. The article includes the benefits of pruning, the proper ways you can perform the task as well as the propagation technique you can use on the trimmed sections.

Rosemary, also known as Romanus officinalis, is a bushy shrub famous for its fragrant scent. It has needlelike leaves and produces radiant flowers with colors including pink, purple, white, and blue.

Rosemary is a popular herb due to its versatility and multiple uses. Originating from the Mediterranean, it is most frequently used in Mediterranean cuisine as it adds flavor to various dishes such as soups, stews, casseroles, and salads. 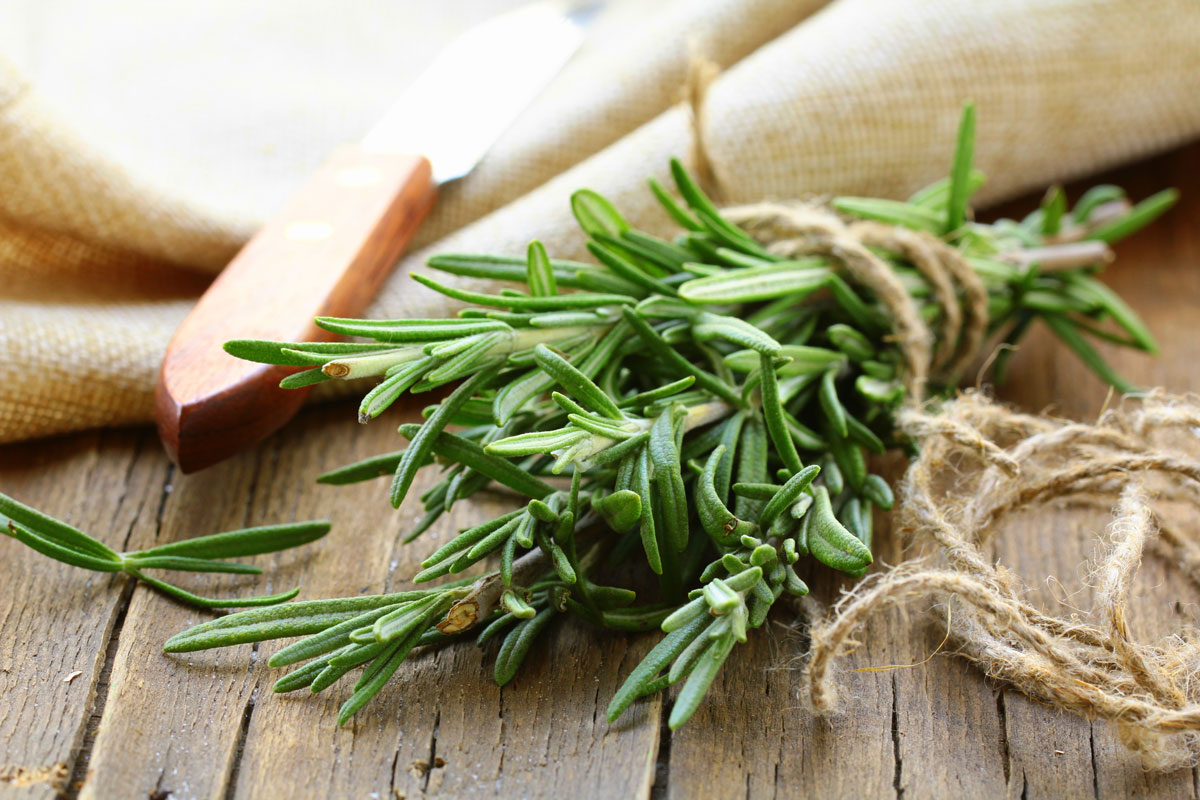 Being a member of the mint family, the plant is a natural ingredient in soaps, lotions, and perfumes because its oil has anti-oxidant, anti-bacterial, and anti-fungal properties.

In addition to that, scientific studies had revealed that the plant’s aroma helps prevent memory loss and acts as a stimulus that enhances a person’s mental alertness.

To fully appreciate the appearance of your rosemary, it is necessary to prune the plant as needed.

Should Rosemary Be Pruned Regularly?

You could apply proper and regular pruning instead of cutting back a rosemary shrub to the ground. Pruning refers to the selective removal of leaves, dead flowers, stems, and branches to improve the plant's general health. Your rosemary will benefit from the procedure in several ways. 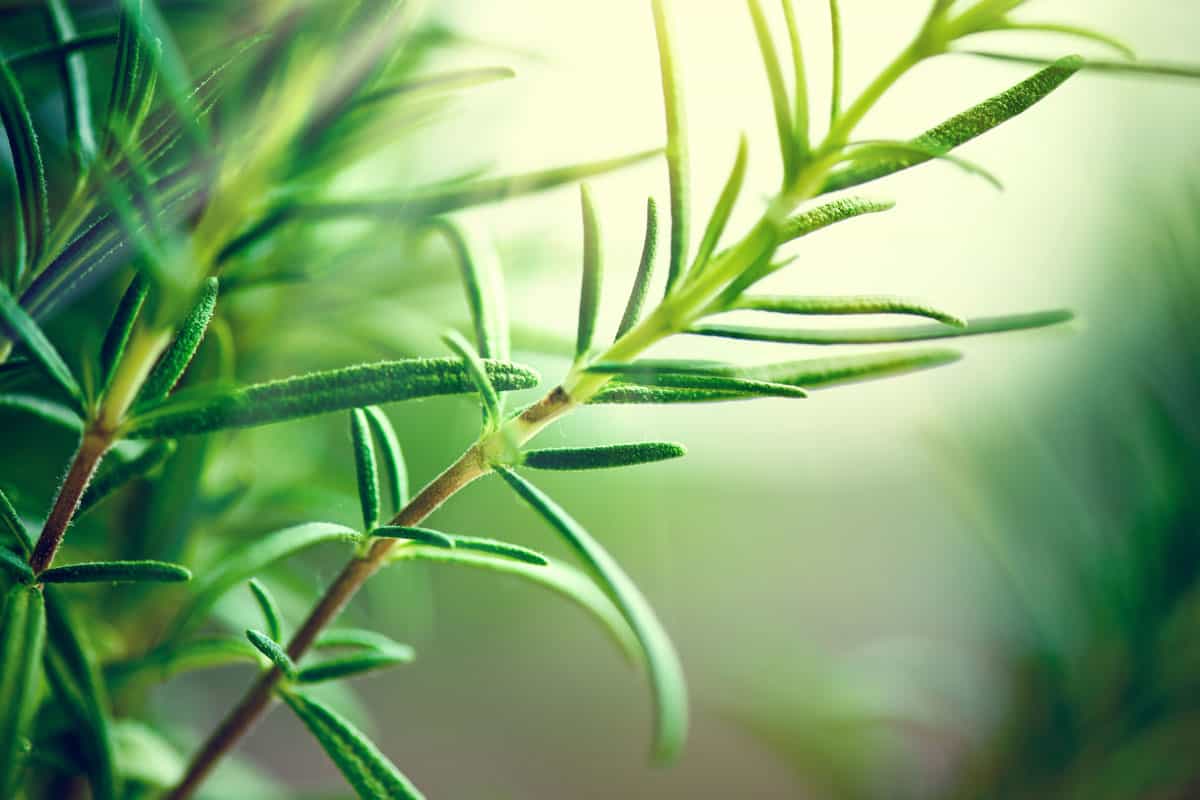 The most actively growing portion is at the tips or terminal buds, where most nutrients are consumed. This is essentially how it grows and elongates over time.

If the apical portions are regularly pruned, water and minerals are diverted to the lateral nodes, stimulating the production and development of more leaves and flowers.

The roots have fewer structures to feed and support after pruning, and the shrub eventually thickens because there are more nutrients to be distributed and consumed.

Air can circulate more freely, and sunlight can penetrate the inner portions of the plant if you prune the shrub periodically. Your rosemary will produce healthier growth if it is well-ventilated and adequately exposed to light.

Fungi and other pests are less likely to infest and proliferate in plants that have low moisture content within the stems, branches, and foliage. Trimming off excess growth within the plant's interior will prevent or at least lessen the possibility of infestation.

The form of your rosemary and its growth pattern can be shaped and controlled by regular, systematic pruning. Whether grown in a container or a herb garden, you can improve the aesthetics of your plant to create a more uniform and balanced appearance.

What Is The Proper Way To Prune Rosemary?

Pruning has to be approached systematically, and the specific structures feature different procedures and techniques.

Pinching or cutting off spent flowers is referred to as deadheading. It stimulates new growth since nutrients are utilized to develop buds into the next set of blooms.

Mature rosemary shrubs produce white, pink, blue, and purple blossoms, and when they begin to fade or wilt, you can shear or pull them gently by hand.

It may be necessary to carry out the procedure weekly during the season since the flowers do not bloom or wilt at the same time.

It is necessary to prune off the tips of mature stems to stimulate branching and produce a thicker and lusher shrub. The cut-off branch will usually produce two new offshoots when it eventually grows back.

Prune off about two inches of each tip using a sharp and sterile pair of shears to produce a clean, crisp cut. Uneven and serrated edges are prone to infestation since there is more exposed plant tissue.

It is necessary to remove mature and woody stems and branches in larger and older rosemary shrubs. You can get a better view of the plant's overall structure and configuration after the initial pruning.

Inspect and identify dead, diseased, and damaged stems and branches. Look for entwined, crisscrossing, or irregular growth, and remove each structure with the appropriate tool. For larger branches, use loppers or pruning saws and cut at a 45-degree angle.

It is important to make a clean diagonal cut near the nodes of each stem so that the plant can seal the wound and heal itself faster. If, however, you pruned off a portion of the stem inches away from the node, bacteria can enter the exposed surface and may harm its health.

In order to keep the plant in shape, you should monitor its growth. If you notice any offshoots, damaged or diseased branches, or stems growing inward, you may need to prune them off.

In addition to that, discolored branches or stems are considered "dieback." The root system still provides these portions with nutrients and energy; that's why you might have to prune these sections off. This way, the plant will redirect its supplements to the other leaves and stems.

What Can I Do With Woody Rosemary?

After you cut out woody growths and offshoots, they can be propagated as cuttings grown into a rooting medium. These stems should at least be four to six inches in length to increase their chances of survival and development. Be sure to snip off leaves growing from the stem. 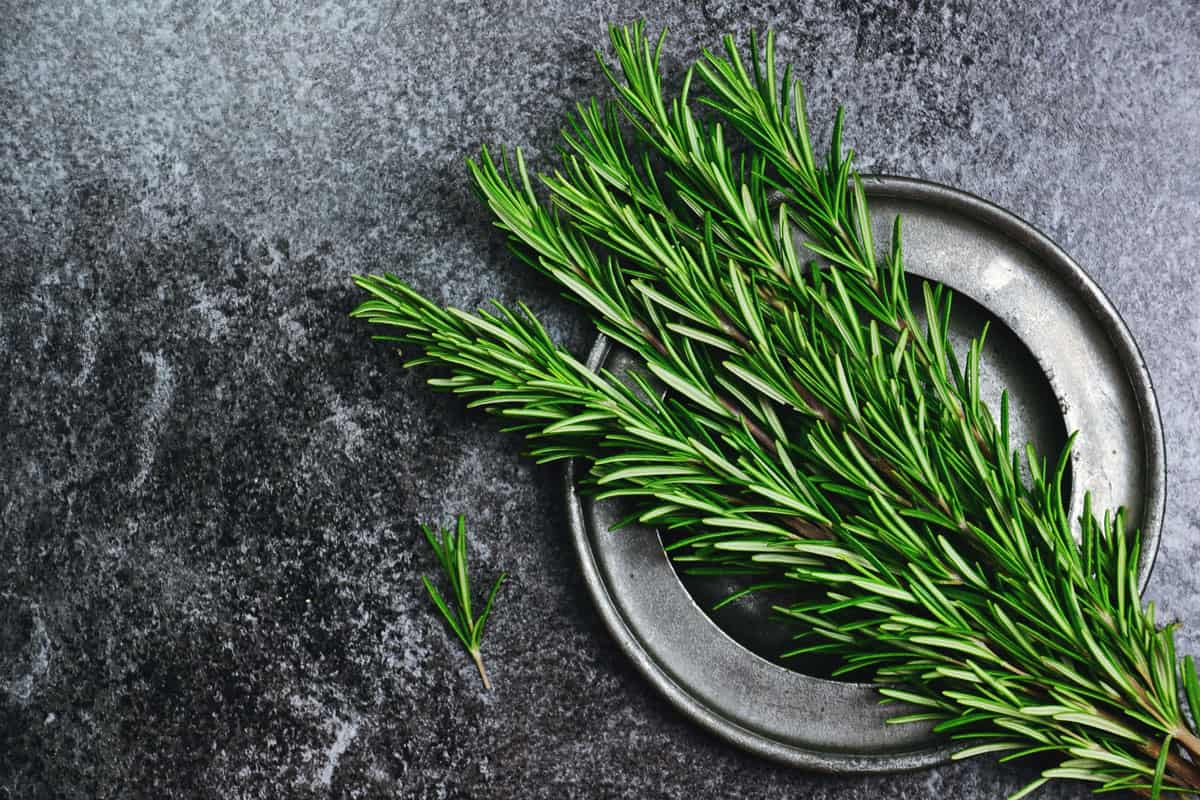 To speed up root formation, dip the cuttings into a rooting hormone, then insert it gently on a loose, well-draining medium. Rosemary specifically prefers dry sandy soil with fewer nutrients to replicate its natural environment.

Mix at least two-thirds of compost and one-third of the horticultural sand on the container to create optimal growing conditions.

If there is adequate space beside the mother plant, you can simply insert the cuttings on that medium.

When Should Rosemary Be Cut Back? 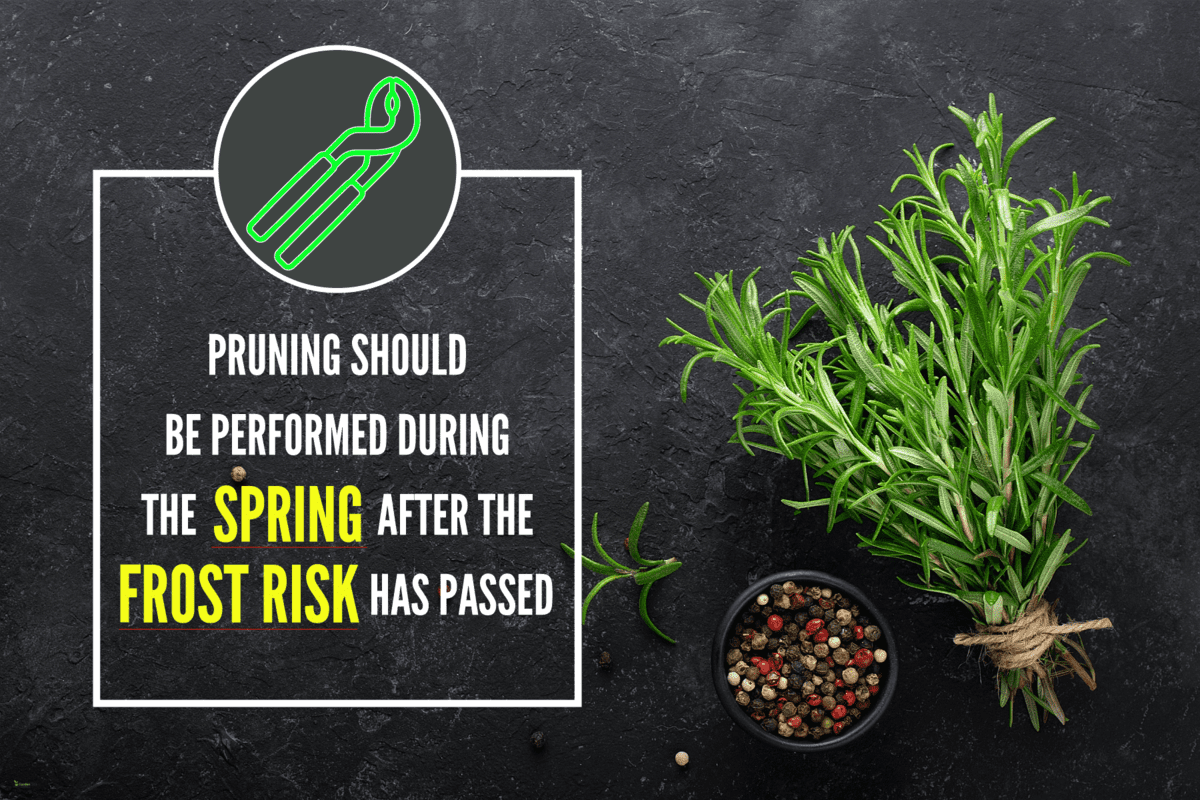 Pruning rosemary is best performed during the spring after the frost risk has passed. The plant must not be pruned in the fall and winter - doing so will break and affect its natural cycle.

Rather than focusing on being dormant and protecting itself from the cold temperature, your rosemary will concentrate all of its energy on producing new growth that considerably affects its health and results in its eventual death.

What Do You Do With The Rosemary Plant At The End Of The Season?

The proper way to care for your rosemary will depend on the current season as well as the general environmental conditions. The plant thrives in USDA hardiness zones 7 to 10 but can withstand colder regions as long as it is given the right care. 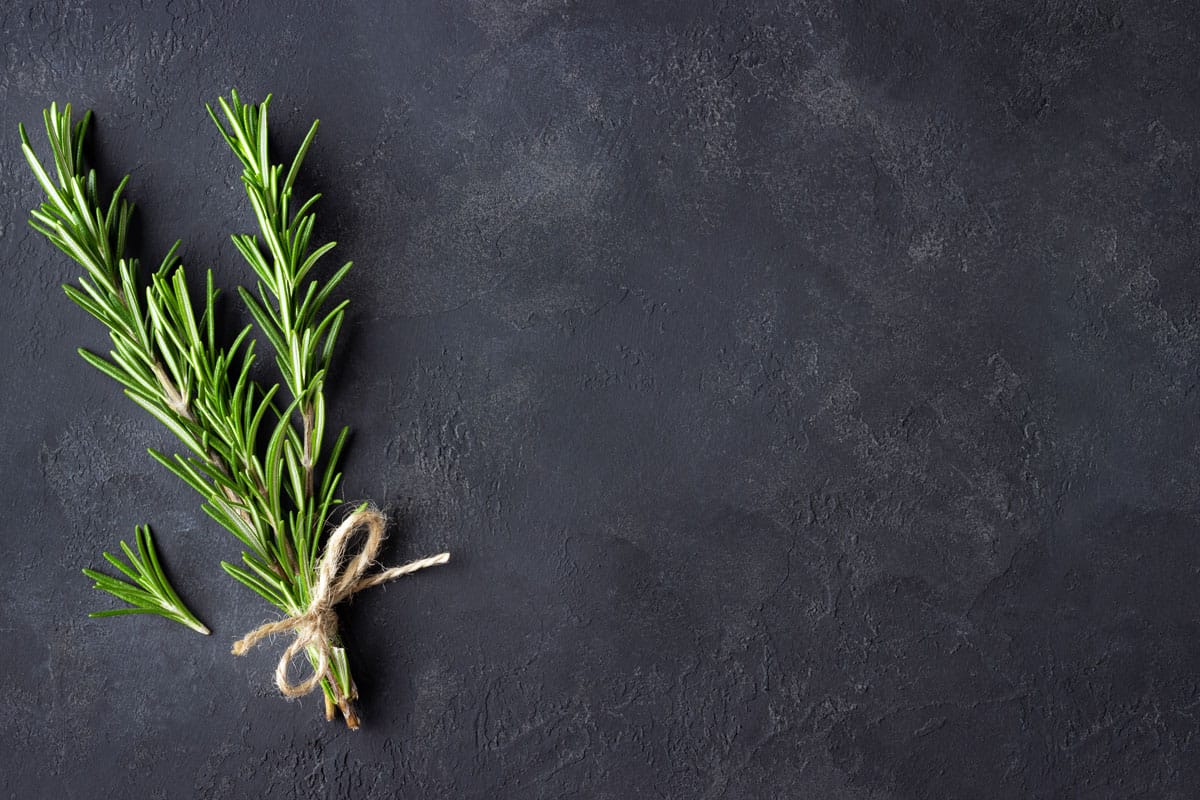 During the end of summer, it is ideal to keep container-grown rosemary indoors to protect it from temperature transitions that occur with the seasonal change. In-ground plants can be covered with garden fabrics to keep them warm when temperatures begin to drop.

After winter, you can put the plant back outside as long as the weather is ideal for its growth. You can begin with pruning in the early spring to stimulate its growth. 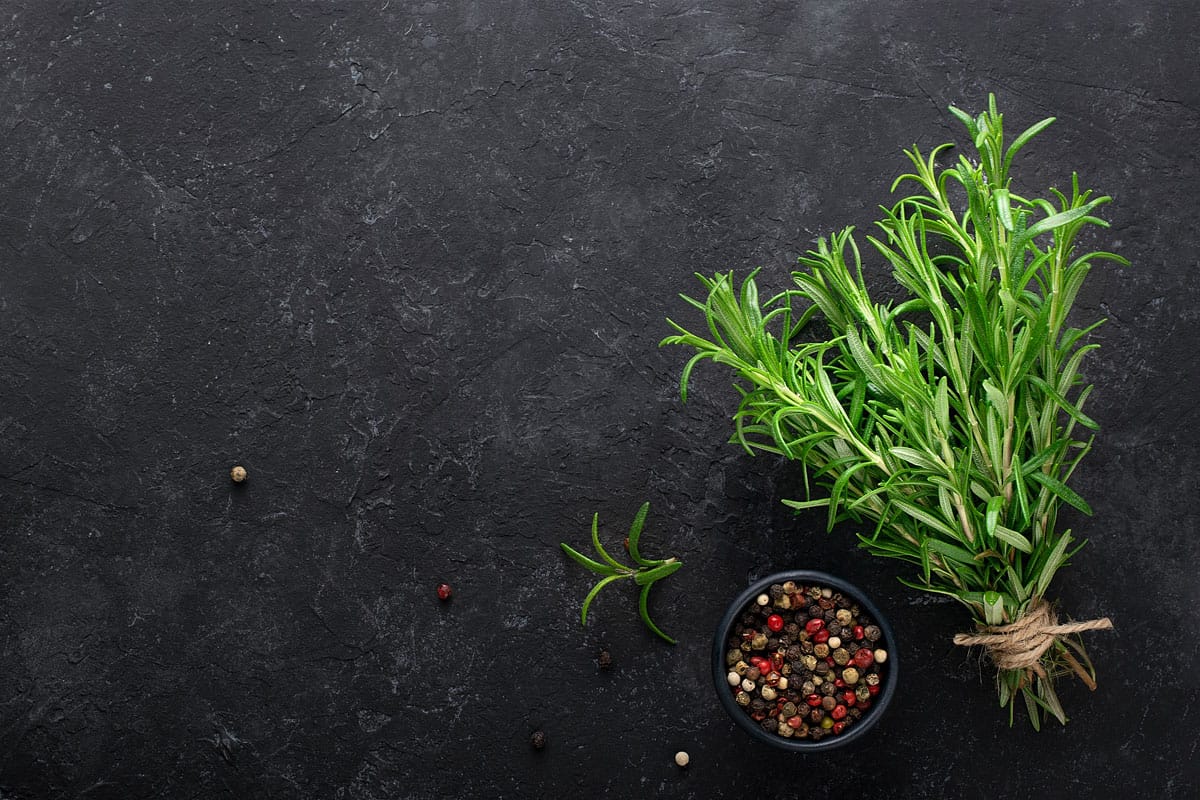 Inasmuch as regular pruning is ideal to promote healthy growth and lusher foliage, the task must be properly done. Remember to avoid trimming more than half of its main branches and stems to prevent compromising its health. We hope the article helped you with the proper ways you could prune your plant.

Is Rosemary Cold Hardy? [Tips For Your Garden In Winter]