Figuring out what's wrong with the plants in your garden can be pretty frustrating. Is your elderberry bush starting to look sick, but you don't know what caused it? We have done our research to find you some answers.

A few of the most common causes for a dying elderberry bush include:

As we begin, we will cover all things elderberry. Whether you are new to this plant or have had yours for a while, figuring out how to save your bush is essential. With that said, let's dive deeper into this topic! 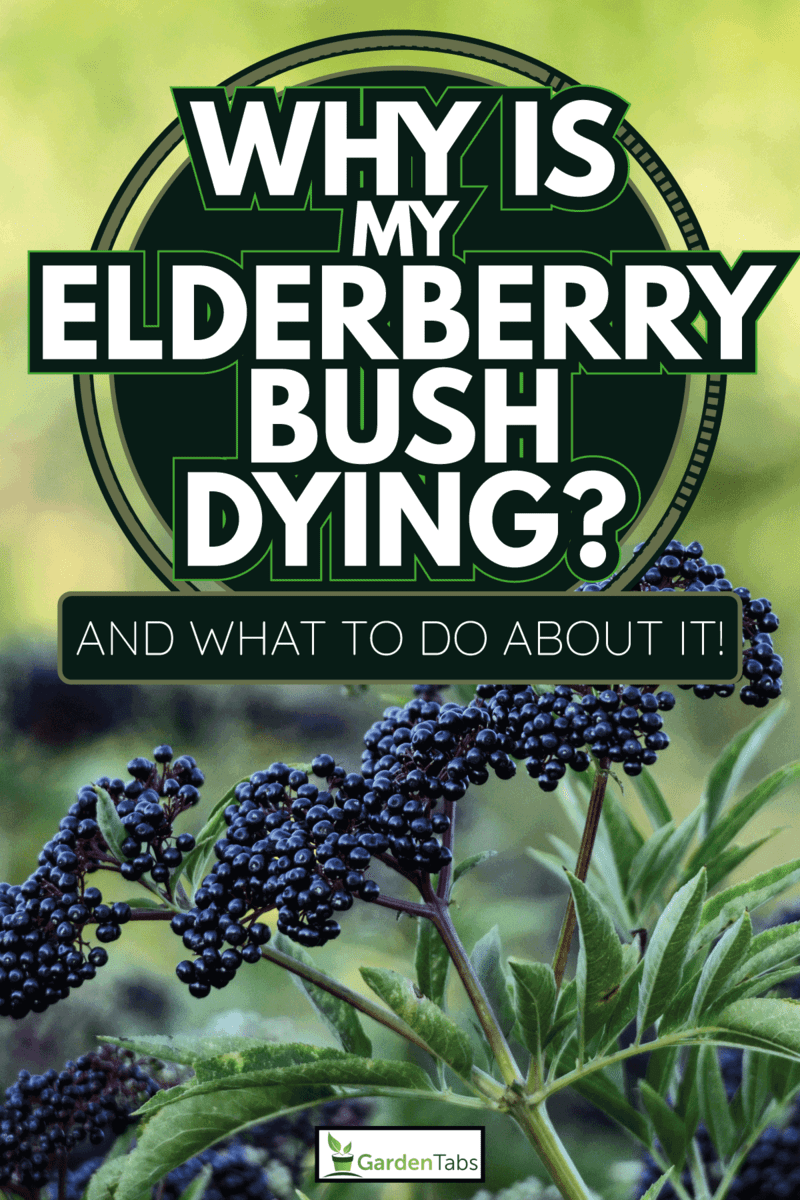 What Are Signs Of A Dying Elderberry Bush?

Keep an eye out for wilting leaves, yellowing/browning foliage, branch warping, and white film developing on your bush. Often, sick elderberry will begin to discolor in one area, but as their disease spreads, your entire bush can become affected.

You might also begin to notice the leaves dropping prematurely from your bush, giving it a leggy appearance. Every elderberry is different, so you might notice some of these signs, but not all of them. 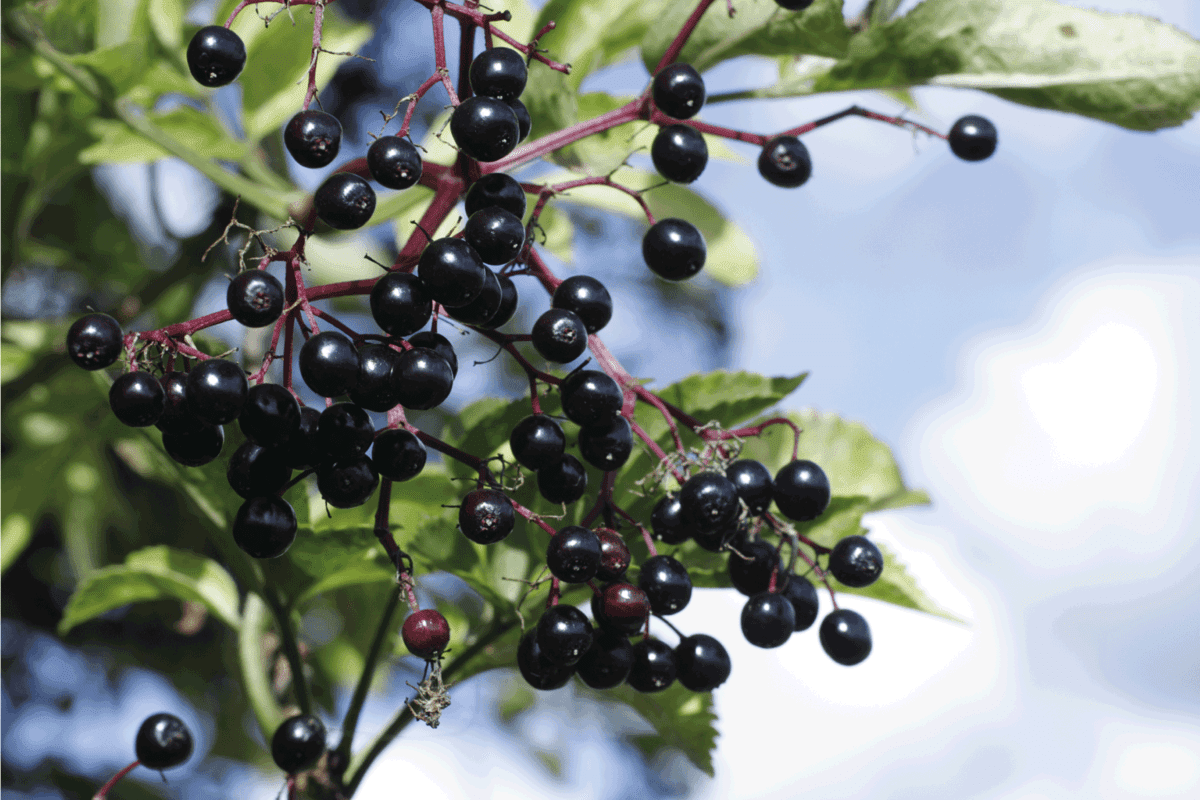 Can You Save A Dying Elderberry Bush?

Depending on how far along your elderberry bushes' disease is, there might be time to save it. You want to pinpoint the cause of your bush's decline and go from there.

For anyone with an under/overwatered plant, either give your bush a thorough watering or let its soil dry out for a week before adding any more water to it. If you suspect your bush has a disease, we recommend using a natural pesticide and covering it to protect other plants nearby.

This pesticide is all-natural, uses essential oils, beats mildew, mites, and mold. It works on aphids, fungus, and parasitic species is max strength and comes in a 32-ounce bottle.

This plant cover is spun polypropylene fabric, breathable to protect your plant from the sun/freezing weather, and comes in various sizes.

Check out this cover on Amazon here.

Do Elderberry Plants Lose Their Leaves?

Elderberry will begin to drop their leaves toward the late summer and through the fall. These deciduous shrubs will lose their foliage before winter and then gain it back once springtime hits.

Elderberry is pretty quick-growing, so your bush shouldn't have trouble filling back in unless there is something wrong with it. Like we mentioned, it's important to keep an eye on your elderberry and move fast if you start to notice its health decline.

Should I Cut Back My Elderberry Bush?

It's a good idea to prune your elderberry. Hold off pruning your bush its first two seasons and then annually cut back in the spring.

Elderberry do best when trimmed just before their spring/summer growing season, so it's important to get in the habit of pruning your plant after each winter.

Can You Overwater Elderberry? 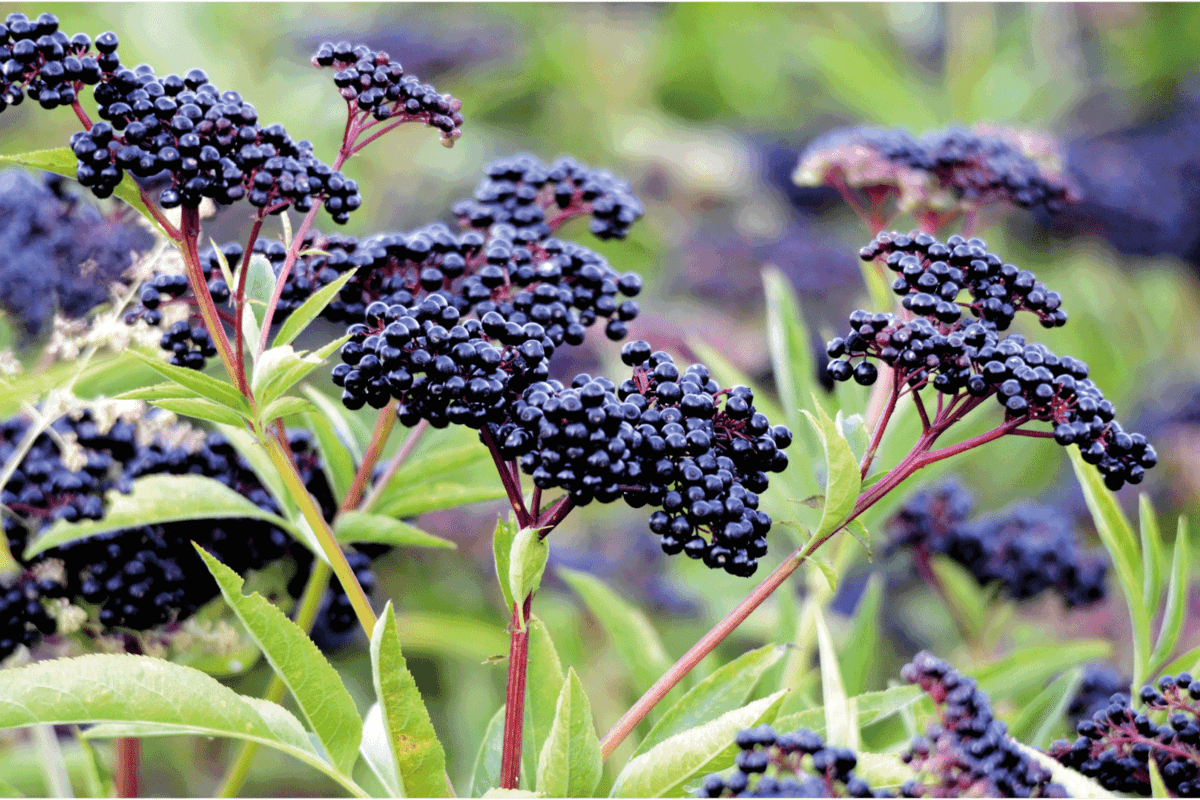 Although elderberry likes to stay hydrated, yes, it is possible to overwater one. Elderberry bushes, in particular, are very tolerant to overly wet soil and won't usually get sick strictly because of too much moisture, but it can happen.

Especially if your plant isn't in the sun, having too much water can cause its roots to rot, eventually killing it. That said, as long as your plant gets enough direct sunlight per day, you shouldn't run into any water-related problems.

How Often Do You Water Elderberry Bushes?

As we said, elderberry is moisture tolerant, but we don't recommend watering your plant more than once or twice per week. To keep your plant from drowning, we recommend using a moisture meter before watering to ensure you aren't overdoing it.

This moisture meter works indoors and outside and is easy to read. It is color-coded, doesn't require batteries, and promises not to damage your plants.

Follow this link to see it on Amazon here.

How Much Sun Does An Elderberry Bush Need?

Ideally, you should plant your elderberry somewhere that gets full sun, but partial shade will work too. In general, as long as your bush gets six to eight hours of direct sun per day, it should be good, so placement is critical.

Elderberries will be more productive in full sun, so make sure it isn't too shaded if you want your plant to thrive. On top of that, elderberry is less likely to develop water/soil problems if they get full sun, which is something to consider.

How Fast Do Elderberry Bushes Grow?

Typically, you can expect an elderberry bush to grow six to 12 feet in the first three years. Elderberries tend to be fast-growing, especially in the right conditions, so make sure to give them enough room.

These plants also become quite dense, so their foliage will fill out a bit as they mature. Like we covered earlier, it's crucial to begin pruning elderberry after their first two seasons to promote new growth and keep them healthy.

Should I Fertilize Elderberry? 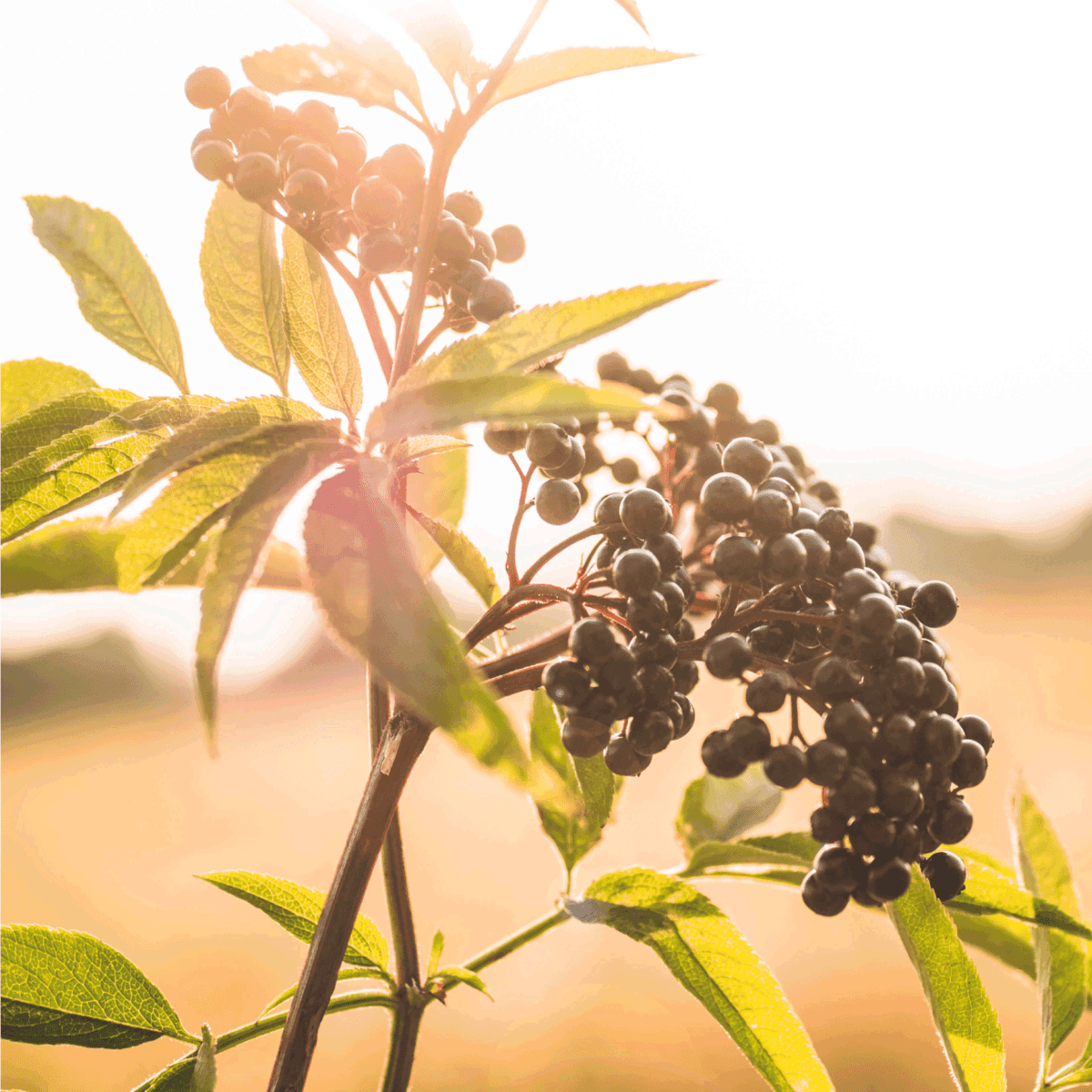 Fertilizing your elderberry is a good idea, as long as you're careful. Generally, you want to fertilize an elderberry bush in the early spring, just before its growing season, to promote a fuller, faster-growing plant.

Formula-wise, you want to use a plant food high in nitrogen and formulated for fruit-growing plants.

This liquid fertilizer has a balanced 10-10-10 formula and is rich in nitrogen. IT works on all types of plants and comes in a one-liter container.

On top of that, mixing mulch and dry leaves with your coffee grounds will help with soil drainage. A mixture like this will keep your plant's roots from rotting. Here is an example of a good mixing mulch:

This bag of mulch is all-natural, expands with water, is non-toxic, and comes in an 11-pound bag.

How Long Do Elderberry Bushes Live?

When it comes to their lifespan, you can expect an elderberry bush to live for about 40 to 60 years. Like we covered, elderberries tend to grow fast, so your bush should be a decent size after its first year or two.

In ideal conditions, elderberry bushes can live past 60 years, although this isn't super common. That said, as long as you take good care of your plant and give it plenty of sun/nutrients, it might just surprise you.

Is It Hard To Grow Elderberry?

Generally, we wouldn't say growing an elderberry bush will be difficult. Elderberry is a very hardy species and can tolerate poor soil and highly moist conditions, making it a pretty easy plant to grow.

Elderberry will also often produce fruit in their first year, which not every plant can accomplish. So although there is a possibility your elderberry bush can get sick and die, this isn't something that should concern you as long as you maintain your plant well.

Whether you have multiple elderberry bushes or just planted your first, knowing how to keep them healthy is essential. From what we found, elderberry can die for various reasons, including a lack of nutrients, overwatering, too much fertilizer/pesticide, and base damage.

When it comes to saving dying elderberry, we recommend working fast and covering your bush, so disease doesn't spread to healthy plants nearby. If you start to notice your elderberry's leaves falling fast, this might be due to the winter season approaching, which is completely normal. Regardless, make sure to trim your elderberry after its first two growing seasons, and try to plant it somewhere that gets plenty of direct sunlight each day.

Check out these helpful garden posts below!

Why Is My Dragon Tree Dying? [With Tips On What To Do About It]

Why Is My Echeveria Dying? (And What To Do About It)

My Ikea Bonsai Tree Is Dying - What To Do?