You're in your backyard, digging a spot for a new bush. But as you check out the soil you've just pulled up, something odd catches your eye. Is that a...seashell? If your home is very far from the coast, it's natural to wonder, why are there seashells in my backyard? We've checked with landscaping experts for some good explanations.

Seashells may end up in your yard for several reasons, no matter how unlikely it seems. Shells can travel surprisingly far distances when carried by animals, moved by storms, or even left behind by erosion. They may also be put there on purpose by a previous gardener, as shells are a natural fertilizer and soil amendment that some people prefer.

Keep reading, and we'll cover some of the more common reasons that seashells might be found in your backyard. We'll go over the most likely culprits, including animals, weather, and other people. We'll also cover why seashells can be so good for your soil and how you can use them to your benefit even if you discovered them entirely by accident. 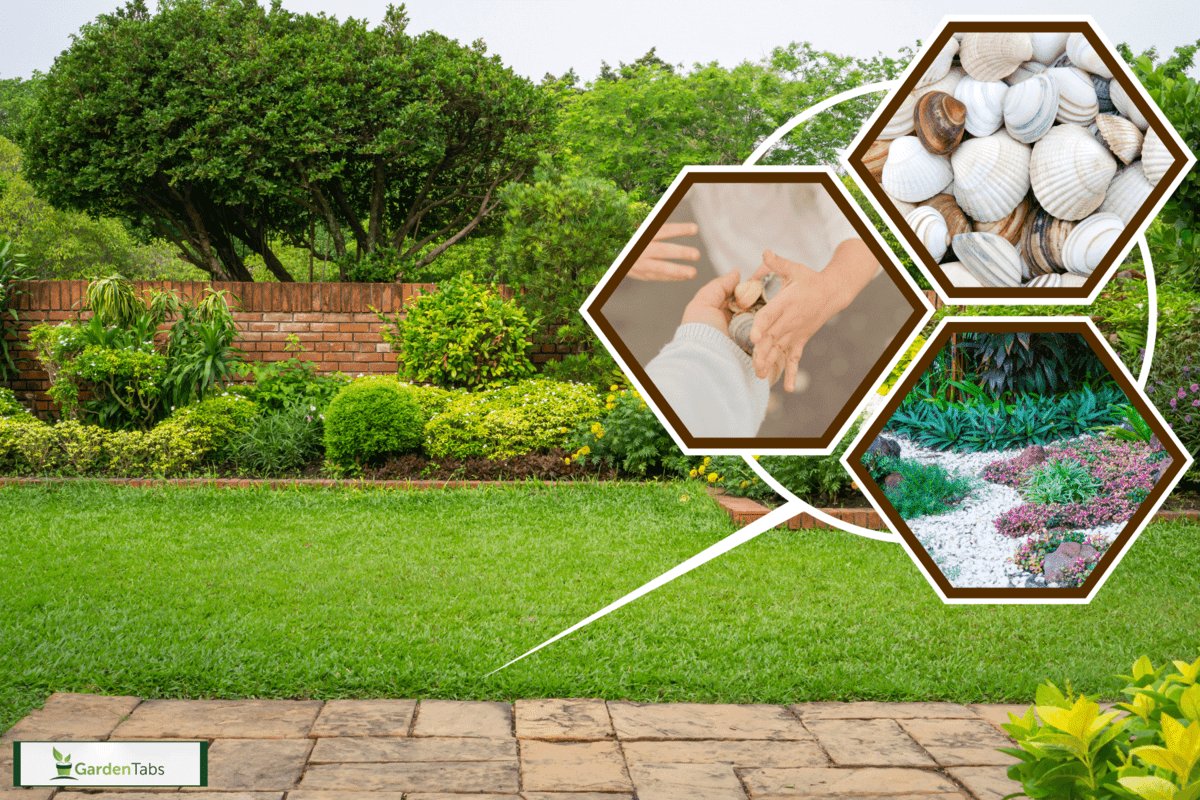 Why Are There Seashells In My Backyard?

Finding seashells in your yard can be somewhat puzzling if you live inland, away from the ocean. But there are several logical ways that they might have got there. These include:

Not every animal who spends time in the ocean stays there. Birds, in particular, are a great example of an animal that can travel hundreds of miles. They may carry shells with them, which get left in your yard.

One common way this happens is when shells get attached to a food source. For example, they may be on a plant or a dead fish. When a bird shares this meal, it may bring the fish inland to dine, leaving behind the shell. 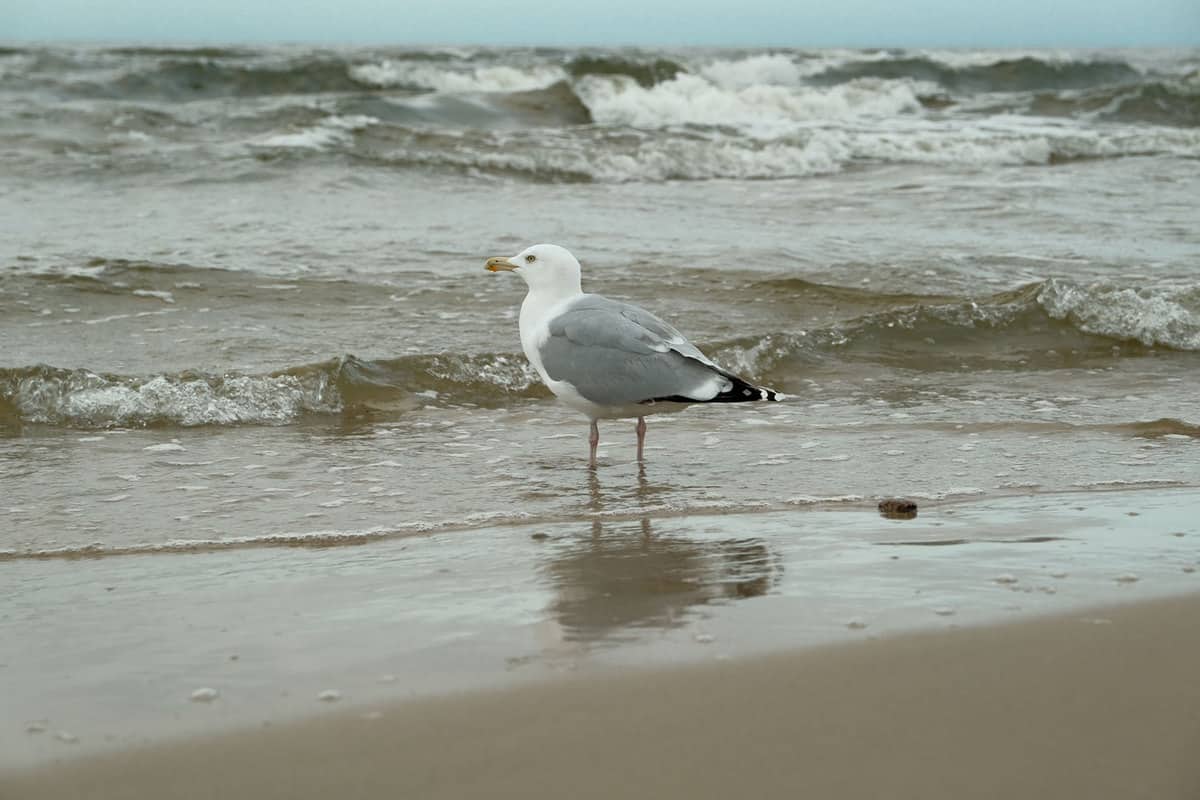 Some shelled animals may also hitch a ride with animals such as turtles undetected. By traveling on a much larger animal, they can span a greater distance.

You might think that you're too far from the shore, but certain weather can have unusual results. High winds from hurricanes or tropical storms can move shells much further inland than you might expect.

In these types of weather, the wind can be much stronger than usual. In addition, the wind tends to last for a prolonged time. While one strong gust or two wouldn't be enough to move shells very far, hurricanes usually affect an area for about a day. And while that's the norm, some storms can be even longer.

Don't necessarily discount the simple explanation for shells in your backyard. Someone put them there. 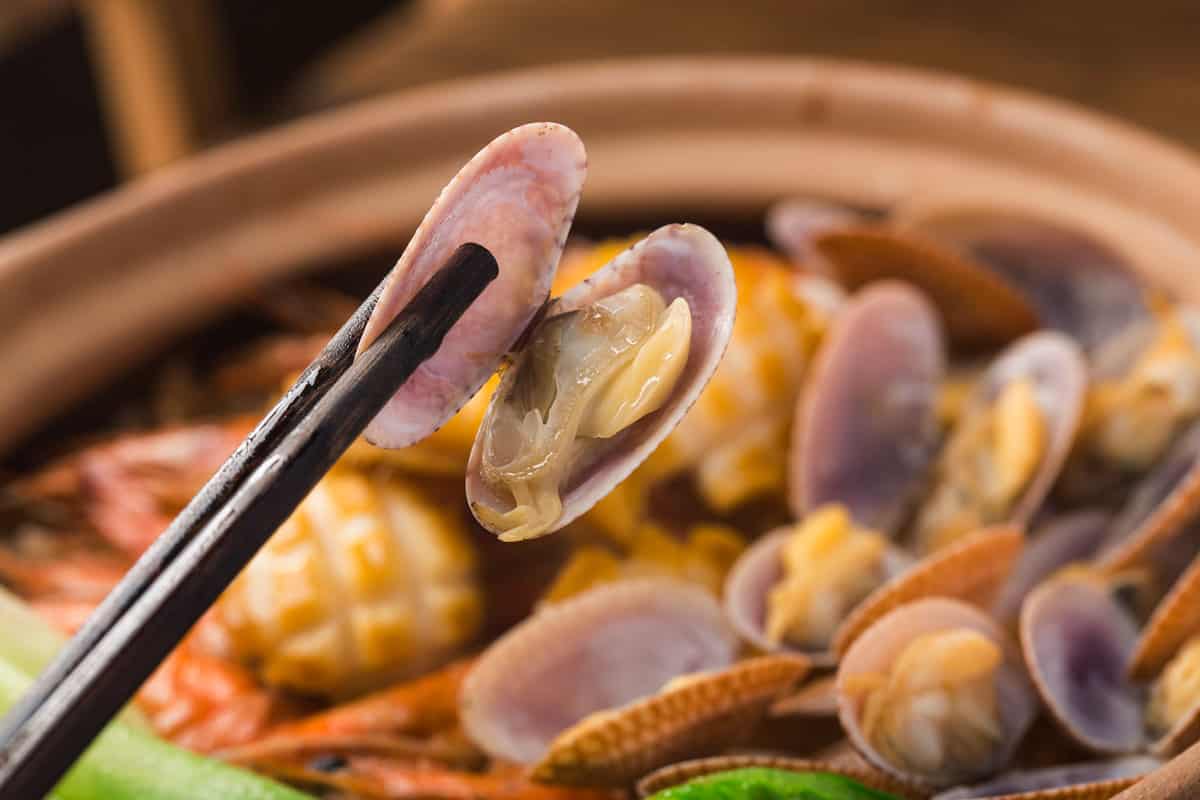 It may be difficult to imagine why, but there are many reasons. The previous tenant may have used them for landscaping. Some gardeners also like to use crushed shells for natural fertilizer. Shells can also get mixed up with material like gravel or pebbles, especially from a construction company in a seaside town.

Perhaps someone hosted a seafood boil, and the dinner guests left oyster or clam shells scattered behind. Not to mention the way kids seem to love to collect shells. You may find an abandoned collection from the last family who lived there.

Weather can also slowly cause deposits of shells inland through erosion. While big storms may move shells suddenly, they can also build up in an area over time. For example, rivers near the shore can carry shells a great distance.

While a river may not be in your backyard now, that doesn't mean there never was. Erosion, changes in climate, and other natural phenomena may explain why shells once migrated naturally into your backyard.

Not all shells come from the sea. You may be finding snail shells in your backyard instead. There are several reasons why many snails might suddenly die in your yard. 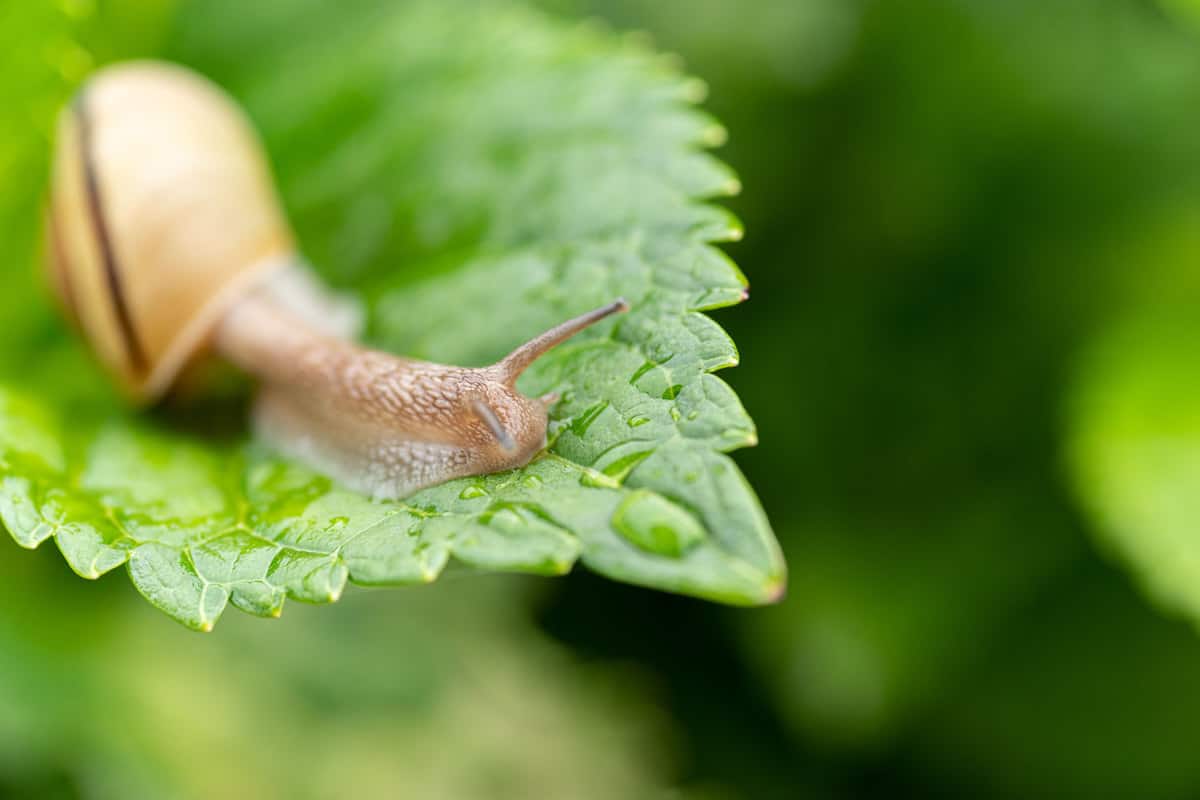 A cold snap, for example, can cause mass death. Parasites may spread through the entire colony, infecting and killing the snails. Or other predators, like beetles, rats, or birds, can be killing them off.

Snails reproduce in remarkable numbers. One snail can lay up to 2,000 eggs, meaning a lot of potential dead snails to discover.

Technically, waves can be a reason that shells travel. However, it's important to point out that this is one of the least likely causes unless you're pretty close to the shore.

The energy from waves can't take shells very far. It can move them quite easily, at greater speeds than wind. But the energy dissipates before the shells get too far. You're probably not going to find shells that traveled miles inland just from the power of waves alone.

Why Are Seashells Good For Garden? 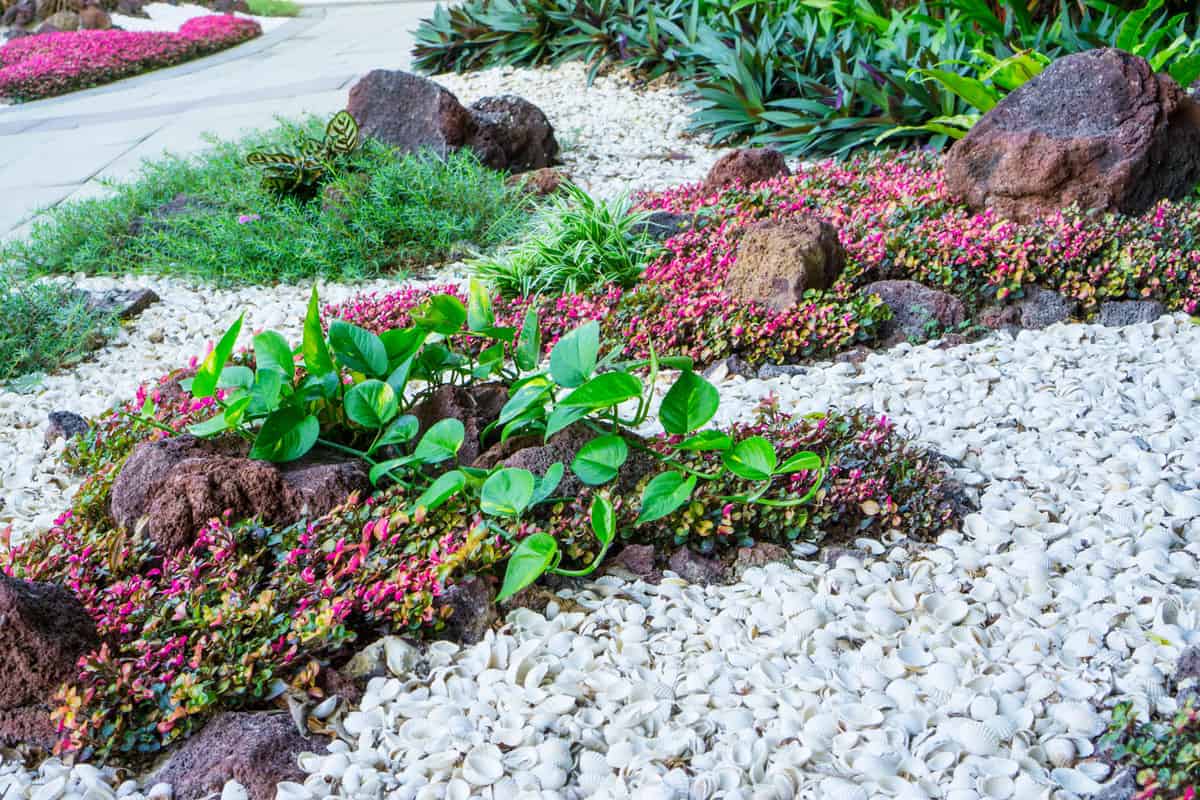 Finding seashells in your yard or garden can signify that a previous gardener used them to improve the soil. Even if the shells are there for another reason, they can be good for your garden. So why not make them useful?

Seashells have many benefits that are good for the garden. These include improving soil texture, correcting soil pH, and providing nutrition such as nitrogen for plants.

Seashells are good for your yard or garden, as they can improve the texture of the soil. They can help to aerate, promote drainage, and prevent the compaction of the dirt.

If your soil is dense or primarily clay, shells can be a great way to break up the soil. Very few plants do well in heavy clay soils. Improving the texture is the only way to help most plants thrive.

You can read more about improving clay soil here: How Much Compost To Add To Clay Soil. 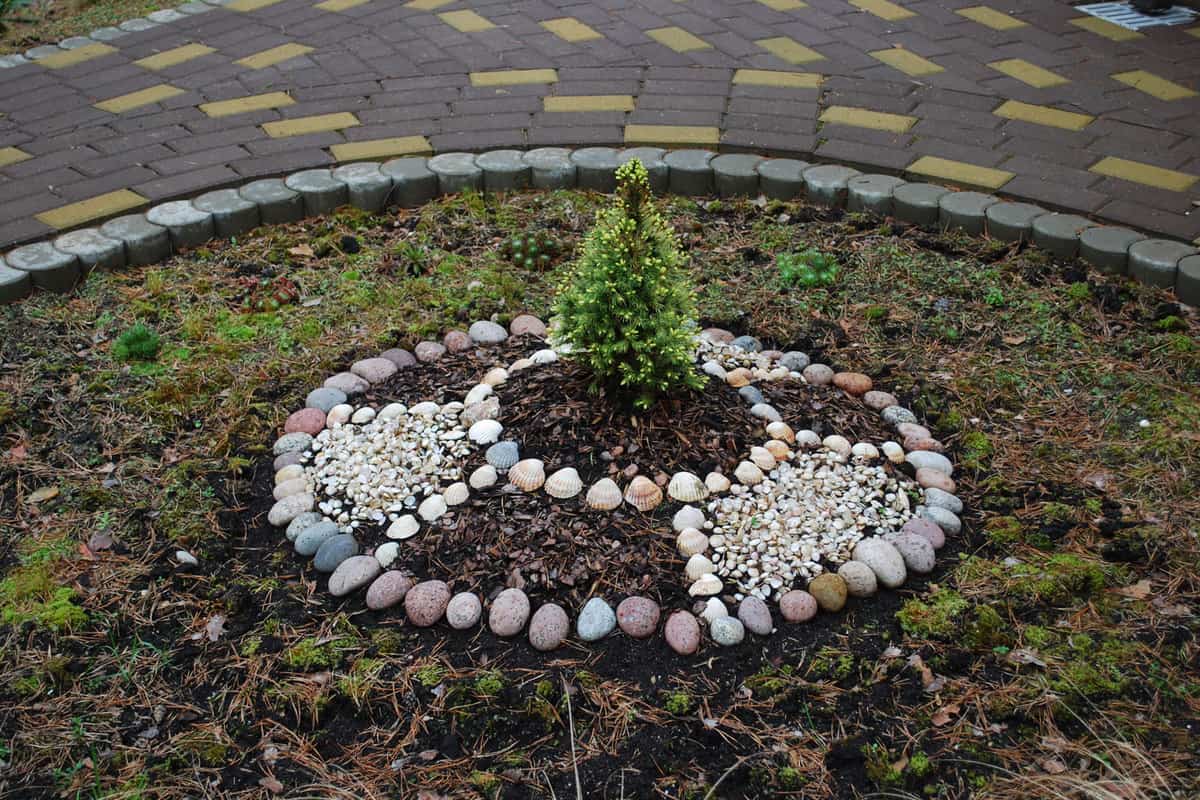 Seashells also may help correct the soil pH. They generally raise the pH and can act in place of lime.

You can read more about using lime to improve soil here: Does Clay Soil Need Lime? [And How Much To Use]

As always, you should test the soil first to ensure that this is necessary. While acidic soil can benefit from shells, raising the pH too high is possible. If your soil is already alkaline, seashells will likely cause more problems than they solve.

Shells of shellfish also provide nutrition. They are a source of slow-releasing nitrogen called chitin.

Chitin also encourages certain bacteria to thrive, which attack many garden pests, further improving the health of your plants.

Shells also provide calcium carbonate. This is essential for all plants. However, it's critical for the production of many vegetables and fruits, such as apples, tomatoes, peppers, and more.

How Can Seashells Be Used As Fertilizer?

We've covered the reasons that seashells are a good fertilizer. But how, exactly, can you use them?

The best way is to crush them up into the soil. If you're already finding seashells in the dirt, crush them by tilling or working the soil. Seashells may already be part of your landscape, thanks to erosion or proximity to the coast.

If you don't have an adequate supply of shells, you can still benefit from using them as a fertilizer. A local landscape company may offer already crushed shells as an option available for purchase.

Some people also get creative when sourcing shells. For example, a seafood restaurant may have a lot of leftover shells to dispose of. If you can find a resource to get a lot of oyster shells, then you can always crush them yourself.

This video offers some tips for crushing oyster shells on your own. Be sure to boil them first to ensure there are no bacteria or parasites that you may accidentally introduce to your garden. 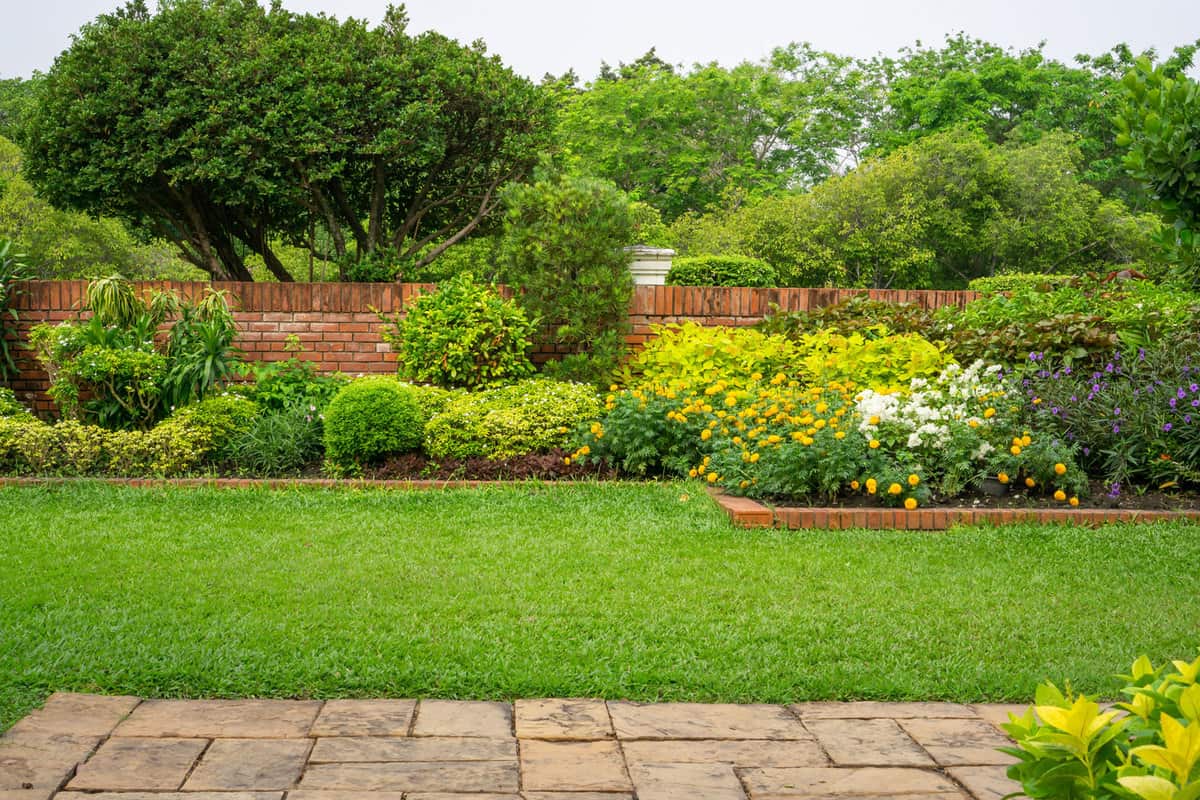 It is also possible that the seashells were brought there deliberately by a person. Shells can be very useful in gardening, improving soil texture and nutrition. They can also be used as a decoration in landscaping. Some people use shells rather than gravel, for example, to keep weeds down or fill in empty garden space.

No matter why or how the shells came into your yard, consider crushing them up and adding them to the soil. They make an excellent natural and organic fertilizer and can increase the pH of soil that is too acidic.