Gardeners are always looking for new border plants. It often leads them to consider using Liriope, but some people need clarification and wrongly select the spreading type. So we did extensive research into this topic and found out everything about the non-spreading type of Liriope to help stop this confusion.

The non-spreading type of Liriope is called Liriope muscari. It differs from the spreading type, Liriope spicata, by growing in clumps and not having invasive runners. Instead, it'll stay where it's planted and brighten the landscape without issues.

But this answer only tells some of the story about Liriope muscari. You'll need to learn much more about this plant before deciding if it suits your needs. So read on, and we'll take you through everything required to make a final decision.

Everything To Know About Liriope Muscari

Becoming an expert on Liriope muscari requires learning about several elements. Therefore, let's not waste any more time and dive into the first topic at hand:

How To Identify Liriope Muscari

Liriope muscari, also known as lily turf, is easy to identify. After all, this grass-like 12" to 18" plant will stand out with its clumps of about 1" broad dark green leaves. These clumps will continue to expand until they bloom purple flowers later in summer.

This blooming is quite beautiful to witness. It's no wonder many gardeners love having Liriope muscari within their yards or gardens. But these purple flowers don't stay forever, as they turn into blackish berries when the weather turns cold. 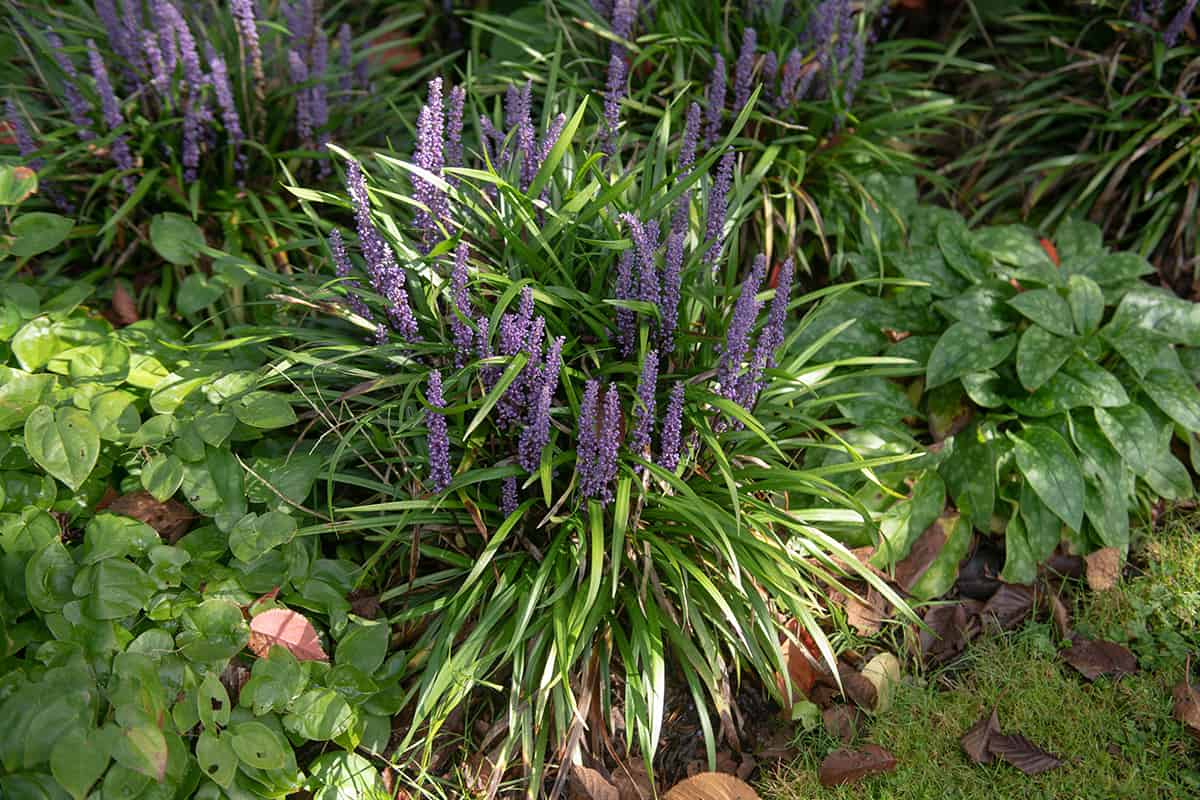 Many gardeners use Liriope muscari to function as ground cover in shade areas. It's a great way to liven up a space that usually gets little attention. As a result, it also does well being an edging plant to provide a colorful border.

For instance, Liriope muscari is an excellent addition to golf courses or around stepping stones. It'll stay where it's planted while giving these areas a purple backdrop. It would also be good to use it as a border plant for walkways or trails.

Other uses include being an acceptable grass substitute. But the phrase "low foot traffic" is vital because this plant won't last long when walked on constantly. We suggest places like around a school sign or similar applications. 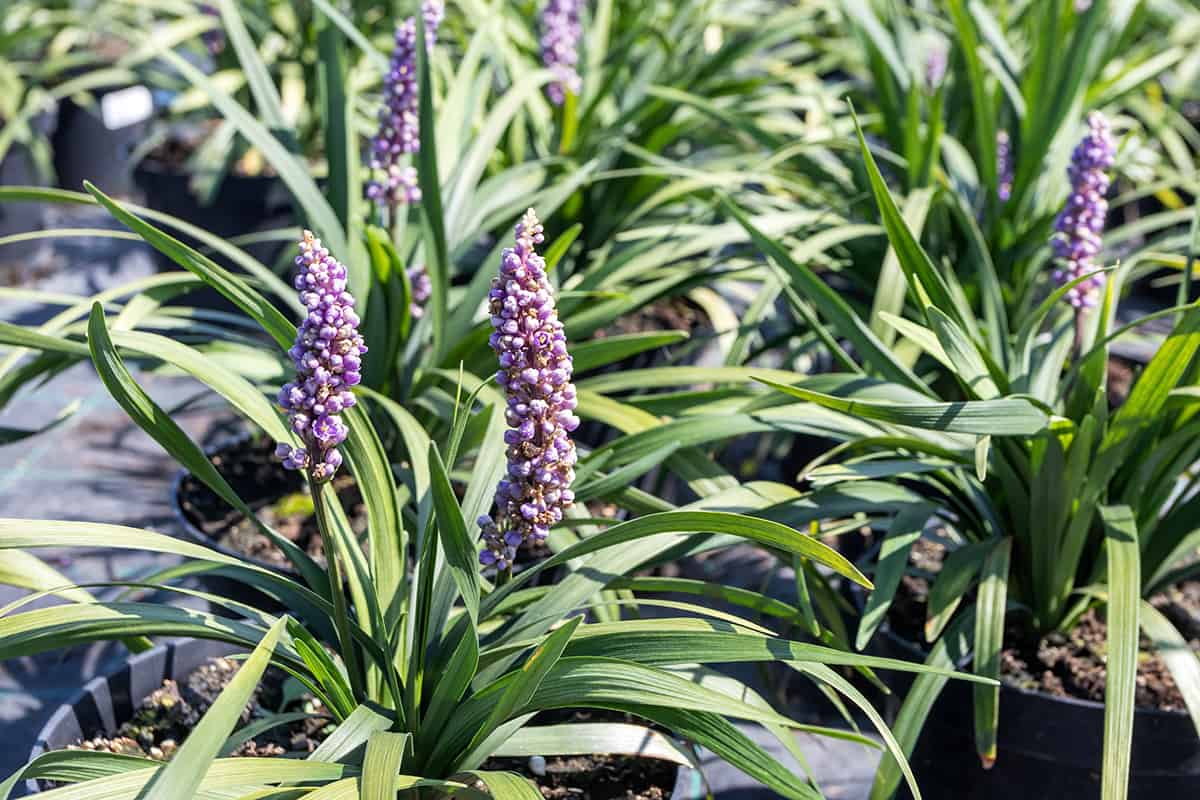 One of the more apparent benefits of growing Liriope muscari is that it's low maintenance. In fact, this plant can even grow well in sandy or clay soil without issue. But it does best in well-drained, moist soil with a pH level that's slightly acidic or neutral.

It's plantable in any USDA Hardiness Zones between 5 and 10. So it does much better in somewhat suspect conditions than most gardeners expect. No wonder it's become such a popular option.

As for its sun requirements, Liriope muscari isn't too picky. It can thrive in full sun or full shade, making it quite versatile among other border plants. However, a gardener's best bet would be an area with partial shade to encourage an ideal growing process.

How To Plant Liriope Muscari 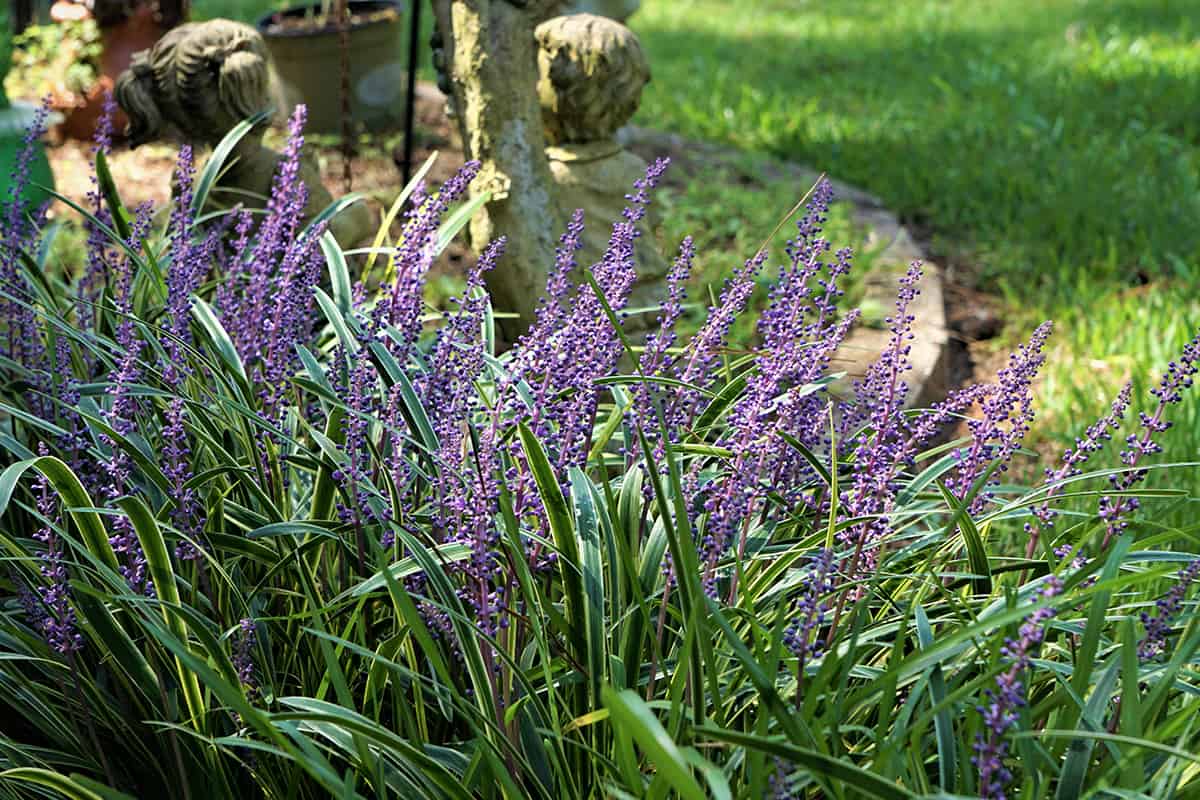 Once you select the location, it's time to start your planting process. Make sure to follow these tips for the best outcome with Liriope muscari:

Liriope muscari is one of the hardier border plants. It doesn't even have any predispositions to disease or insect issues. The only potential trouble boils down to these few problems:

But honestly, the main issue people have with Liriope muscari is its overall cost. This plant isn't an ideal fit for anyone who considers themselves a budget buyer. After all, its lack of spreading requires gardeners to buy more of it than its counterparts.

So you'll need to plan for higher overall costs when using this plant. Otherwise, it can get out of hand quickly, especially in large areas.

What Is The Difference Between Liriope Muscari And Liriope Spicata? 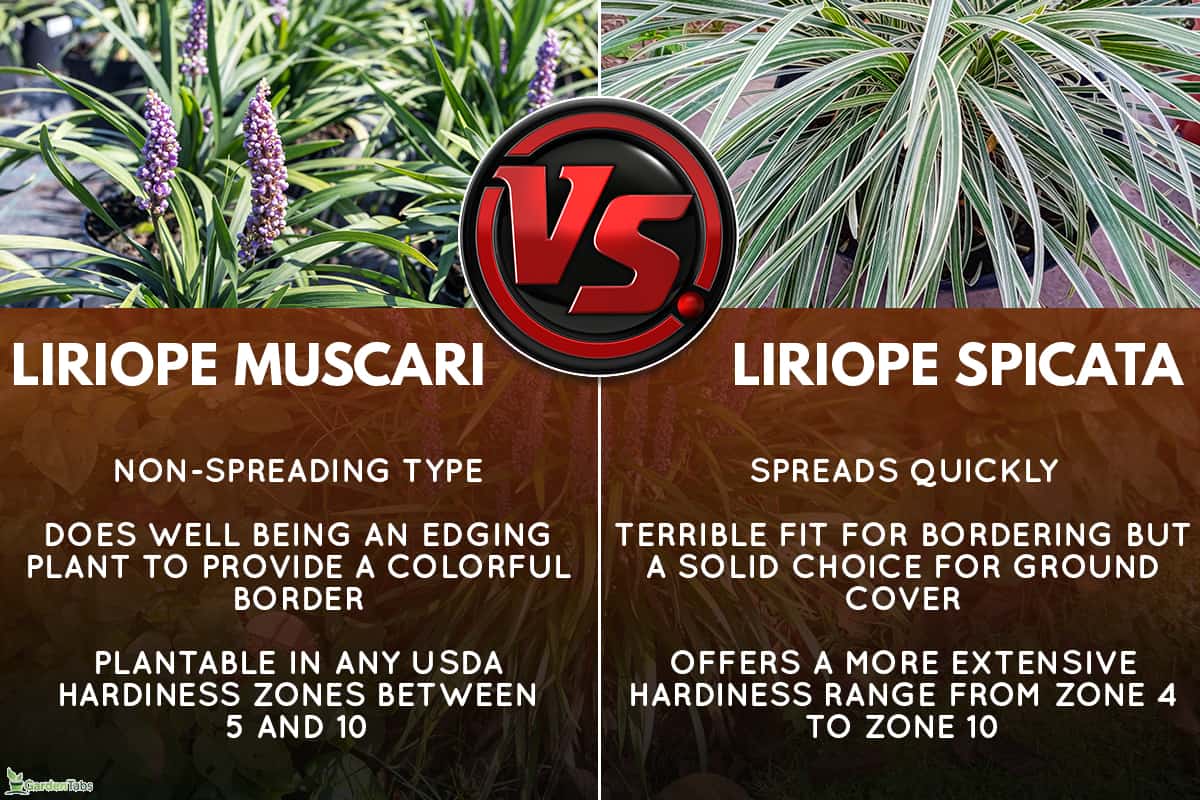 You've now learned all about Liriope muscari, but it's vital to know how it differs from its counterpart, Liriope spicata. If you do, it'll be much easier to avoid making mistakes when selecting what to plant.

The most notable difference is that Liriope spicata spreads quickly via its runners. It ends up having a spread zone of about 2 feet. This attribute makes the plant a terrible fit for bordering but a solid choice for ground cover.

Additionally, their appearance offers a tangible way of telling them apart. We've covered how gorgeous the blooming purple flowers are on Liriope muscari. Liriope spicata is a bit more reserved, as its white/lavender flowers often stay hidden among its foliage.

One final key difference is Liriope spicata offers a more extensive hardiness range from Zone 4 to Zone 10. So it's the more versatile option among these two Liriope variations. 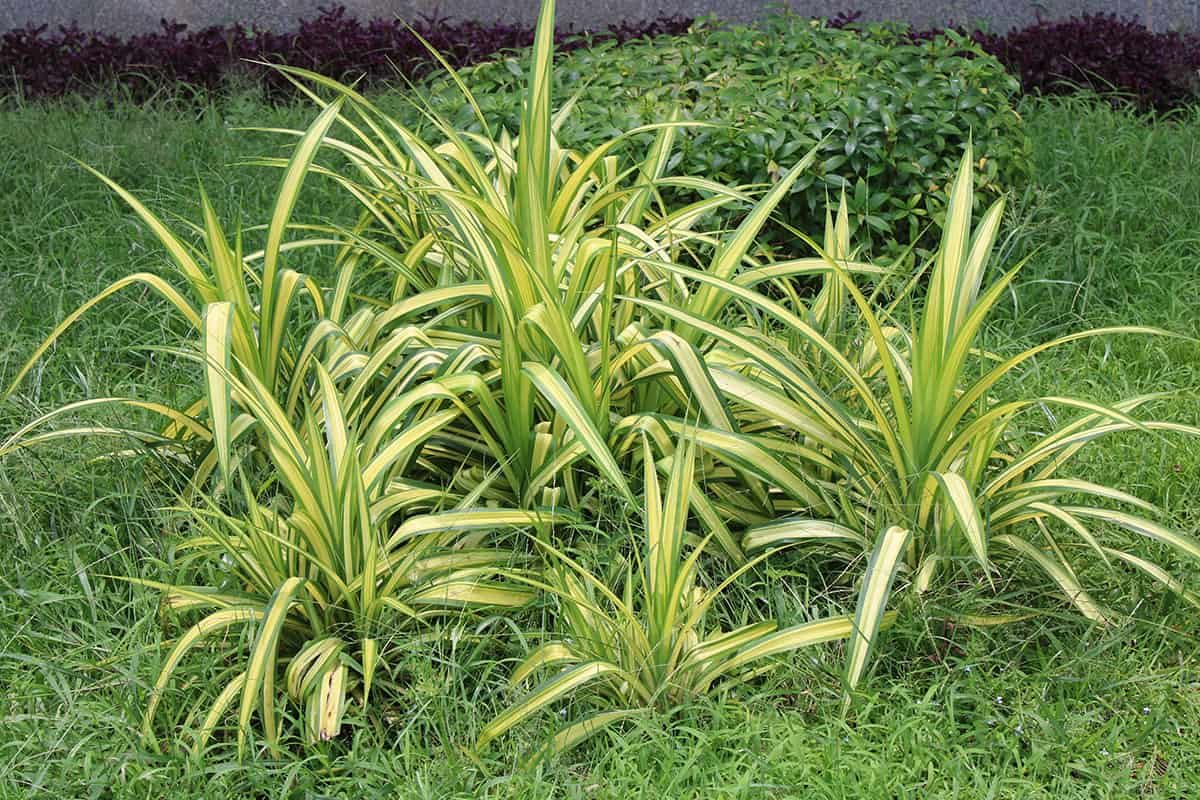 The aggressive spreading nature of Liriope spicata can make it invasive. As a result, it can overtake other plants rather quickly when unchecked. So anyone who plants it must ensure they control it, or it'll run wild.

Gardeners must sever the plant's shoots with a shovel if it does run wild. You can then replant the separated shoots or dispose of them. It'll stop the spreading and allow you to reattempt the growing process.

Liriope muscari is the one to use when looking for a non-spreading border plant. It'll bring a lively set of purple flowers to bring your yard or garden to a new level. But ensure that it's planted correctly in well-drained, moist soil for the most successful results.

Remember to let us know your thoughts on Liriope muscari in our comment section. We'd love to hear all about your experiences with this beautiful plant. Plus, take a look at these related articles before you go: