The choke on a Cub Cadet riding lawnmower is integrated into the control lever. It is 0n the same lever as the throttle. You can pull the throttle up to switch on the choke.

Now that you know where the choke is located on your Cub Cadet riding mower, we can further discuss topics on the importance of choke, how to use it, and when to use it. This will help you gain more knowledge of your mower and subsequently extend its lifespan. 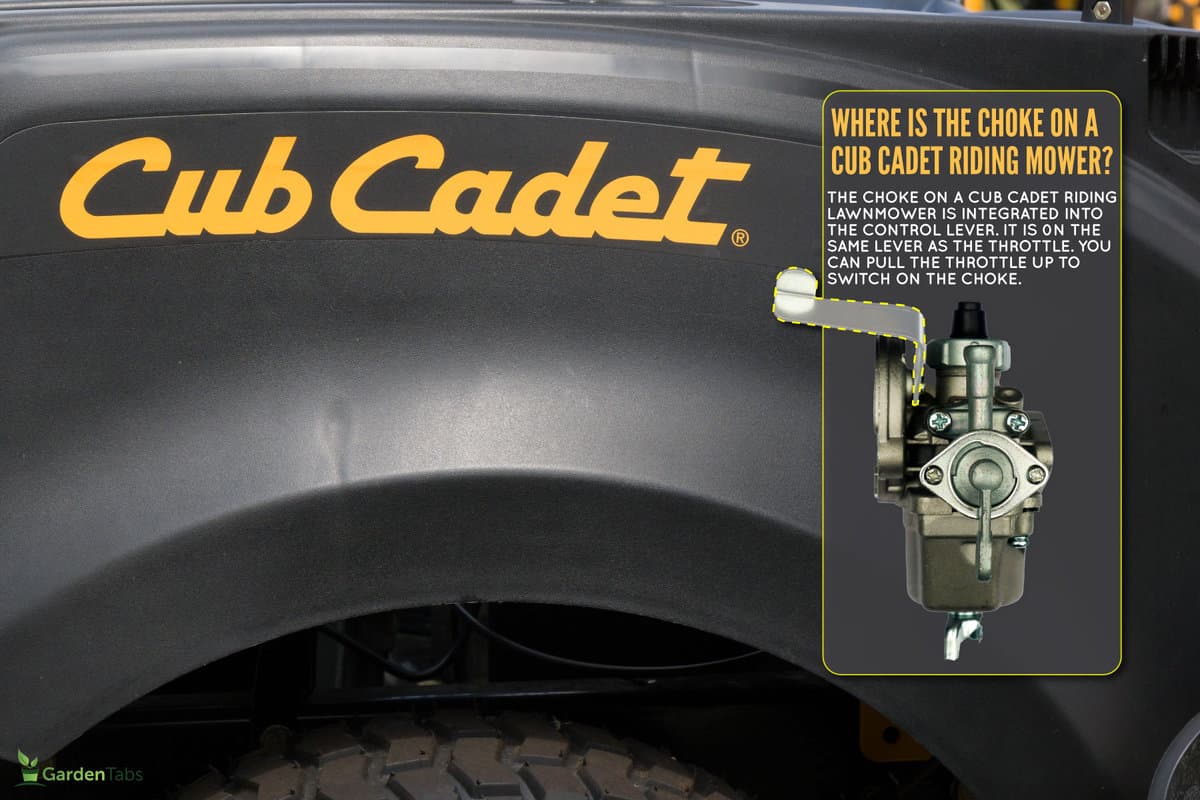 How Does The Choke Work?

During the colder months, starting up the engine of your Cub Cadet can be difficult, since  more energy is required to heat it. The choke control aids this by restricting the airflow and increasing the fuel-to-air ratio of the engine.

This allows more fuel into the system for combustion to help it run until the engine warms up to efficiently run on its own. A choke in a carburetor is a butterfly valve that manipulates air passage.

Normally, it is open and parallel to the airflow and doesn’t affect the entire engine. Switching the choke on closes the valve to limit the airflow and create a high partial vacuum.

Modern carburetors have spring-loaded chokes that automatically open once the engine has reached its desired speed and temperature. 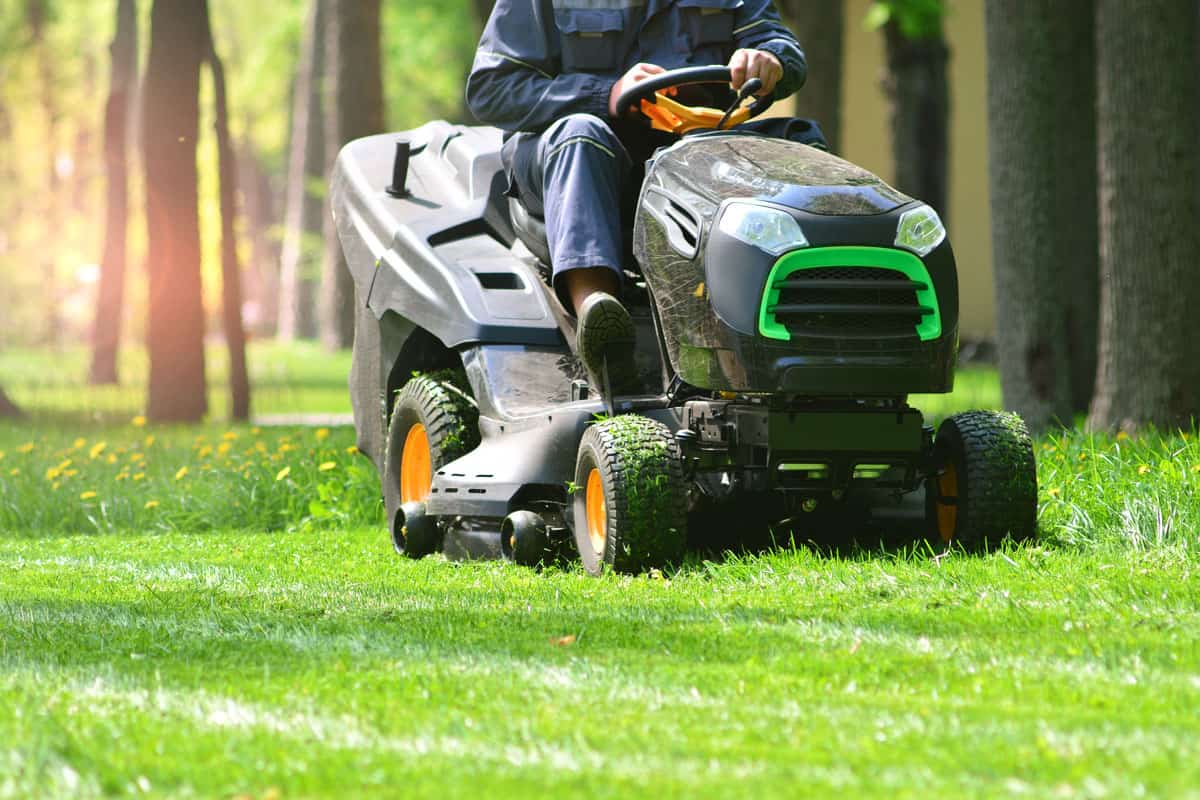 How To Use The Choke On A Cub Cadet Riding Mower

The choke on a Cub Cadet riding mower is controlled through the control lever. To effectively use a choke, follow these simple steps below.

Watch the video below for more details.

How Long Should An Engine Run On Choke?

The choke should only be used when necessary. Usually, this happens when the engine doesn’t start in cold weather. Overusing the choke can cause damage to the mower. Let's look at how it may cause damage.

Check out this carburetor replacement for Cub Cadets on Amazon

When To Use Full Choke 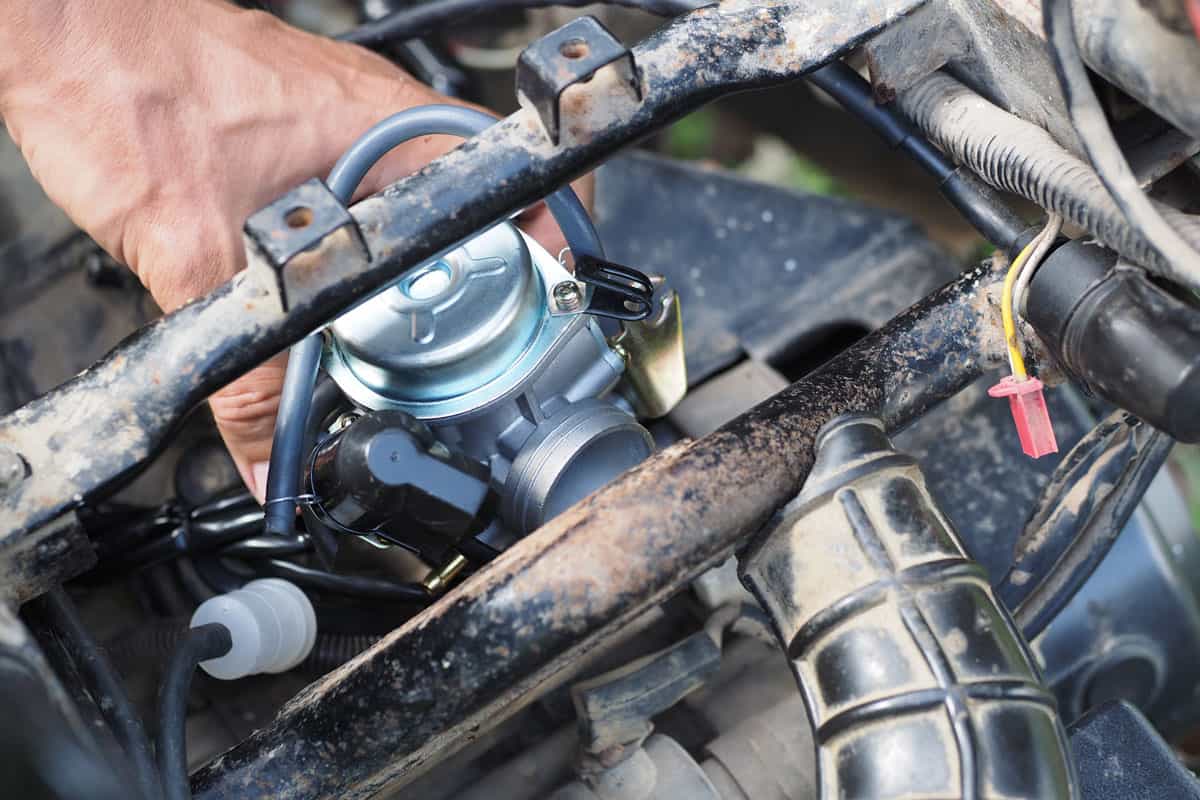 Although it is not ideal to keep the choke switched on for the duration of mower use, there are instances when you may have to leave it on.

The carburetor controls the fuel flow to the engine of the lawnmower. It is one of the most important parts of the engine that regulates the fuel-to-air ratio to power up the unit. Knowing how to spot problems is important in keeping the longevity of your carburetor.

When the lawnmower is left with old gasoline over the off-season, it forms shellac in the fuel system. This shellac blocks the fuel and airflow to the inner workings of the engine.

Another cause of carburetor damage is dirt that deposits around it. The only way to fix this is through cleaning.

How To Clean A Carburetor

The carburetor is a critical part that needs preventive maintenance at least a few times a year. Here are the easy steps to clean the carburetor

Dirt and small debris accumulate in the filter over time. Clogged filters restrict airflow into your carburetor, which makes it harder to “breathe”.

As a result, black smoke may be released through the exhaust. As a result, you should conduct proper and regular cleaning of the air filter.

Check out this air filter replacement for Cub Cadets on Amazon.

2. Check All The Connections

Now that you have cleaned the air filter, check out the connection lines from the throttle and choke plates.

Remove all dirt that is deposited in the connections, threads, and bolts. Make sure to keep the screws fitted tightly, as vibration may cause them to loosen and lead to additional issues with the carburetor.

3. Use A Carburetor Cleaner

Carburetor cleaners available on the market make it easier for you to remove dirt that causes problems in your carburetor's performance.

Some cleaners come in spray cans. After you have fully coated the entire surface of the carburetor, simply wipe off the loosened dirt.

Check out this carb and choke cleaner on Amazon. 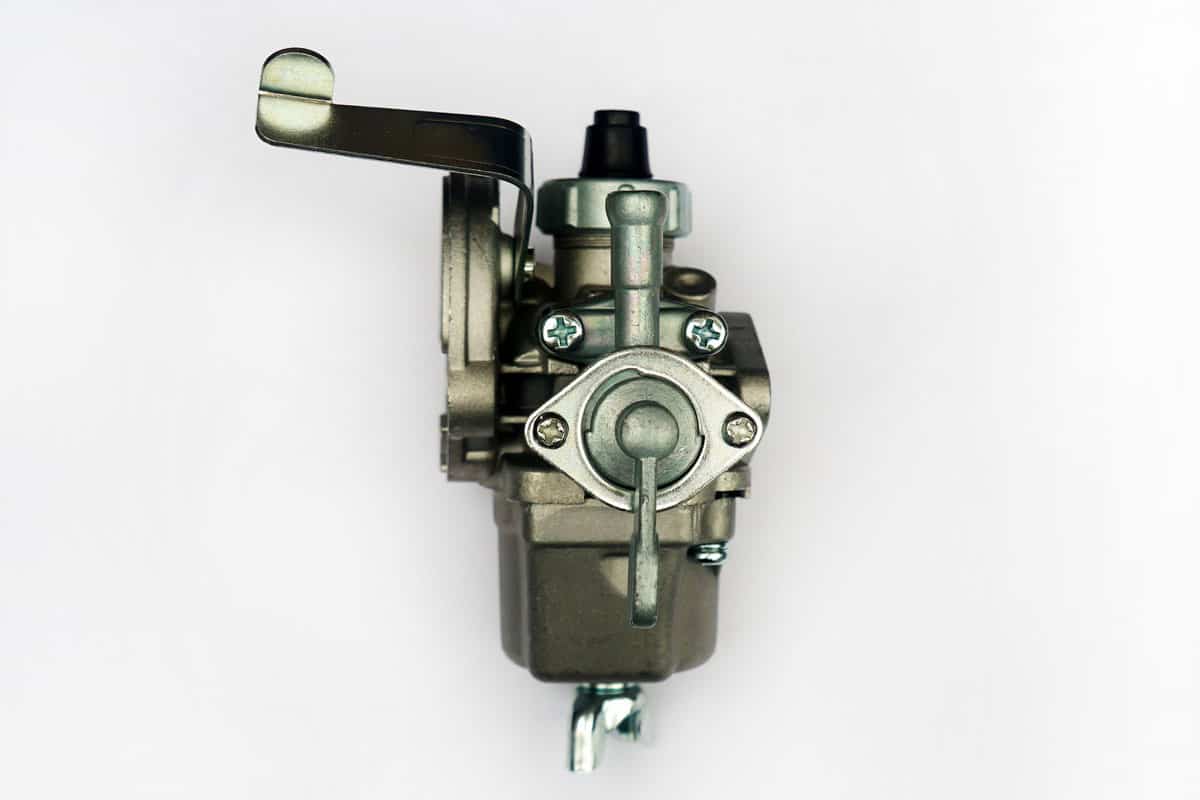 Compared to push-mowers, riding mowers are significantly more expensive and might be a little confusing to manipulate. However, a riding mower is a perfect purchase if you have a large lawn.

For decades, Cub Cadet has remained one of the top names when it comes to lawnmowers. They offer powerful and efficient outdoor equipment, and discounts for first responders, firefighters, and the like.

The Cub Cadet XT1 LT42 Model is one of the best entry-level lawnmowers on the market. Priced as low as $2,199, it has a comfy high-back seat and an automatic drive system.

It also gets high marks for churning grass clippings. This function is helpful, as the fine fragments go deep to nourish the soil.

We are moving towards greener options to reduce our carbon footprint. If you're looking for an eco-friendly mower, this Cub Cadet model is battery-operated.

This model has 90 minutes of battery life and only takes four hours to recharge. You can leave the fuel behind and recharge the battery in any regular 110V outlet.

However, if you’re looking to save a couple of bucks, you should know that this model can be expensive at $4,599.

As we try to eliminate fuel usage, electricity is seen as the best alternative. This electric mower plugs into any 110V outlet and has a strong steel frame. It costs up to $5,599, so it is on the pricier side. 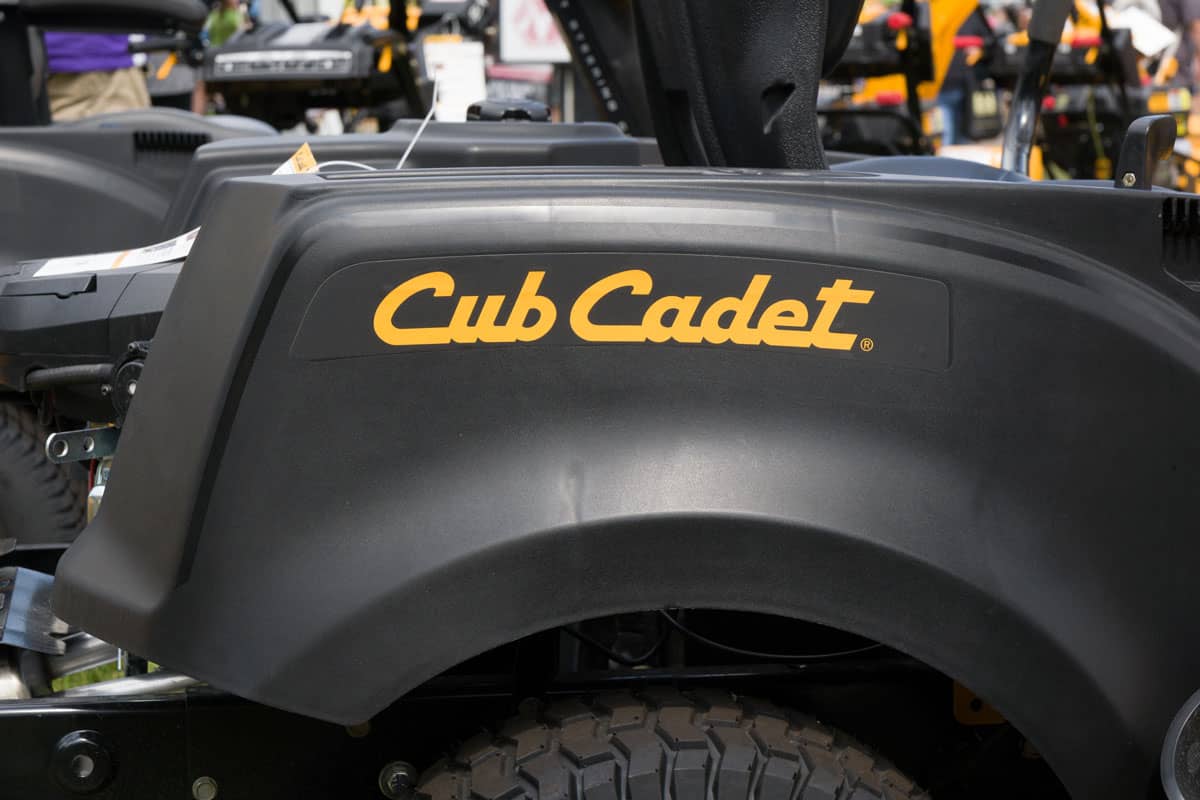 Cub Cadet has integrated the choke control onto its control lever with the throttle. This has made switching choke on and off easier. However, make sure you only use the choke when necessary.

During a tough winter, it may be difficult to start up your Cub Cadet lawnmower, especially if it has been unused for some time.

Switching the choke on to power up the equipment restricts airflow through the carburetor. As a result, more fuel flows into the carburetor and is used up for faster combustion.

Several engine issues can arise when the choke is used for a longer period than is necessary. Preventive maintenance plays an important role in extending the lifespan of the equipment, so make sure you do it.

Cub Cadet Brakes Not Working – Why And What To Do?

Cub Cadet Lawn Mower Not Charging – Why And What To Do?