Lettuce should be planted during different months in different zones. Here is a list of the best months to plant lettuce in the US. Hardiness zones.

This article will teach us when to plant lettuce in different zones. We will also learn the answers to other interesting questions, such as why my lettuce is dying, and what is the best kind of lettuce. Keep reading to learn more. 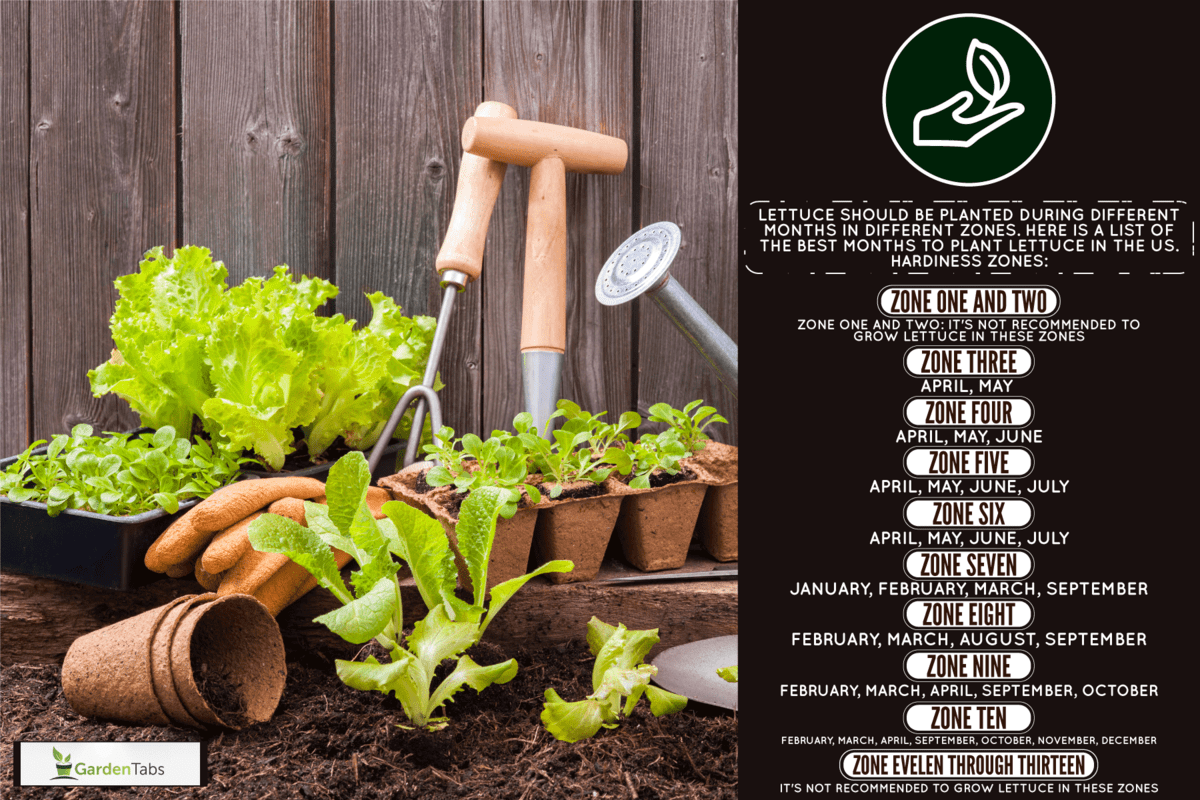 When To Plant Lettuce [By Zone]

Lettuce requires a different planting schedule depending on your hardiness zone. Hardiness zones are based on the coldest yearly average temperature. There are thirteen hardiness zones, and in the United States, there are zones three to ten.

Let's look at the different zones in the United States and learn the best plant schedule for lettuce.

In zone three, it is best to plant lettuce in April and May. Lettuce needs eight to twelve weeks to mature and needs to be kept away from frost and overwhelming heat.

Zone three will have a safe temperature window between April and August, allowing two months for planting seeds. With such a narrow planting window in zone three, it's best to keep your eye on weather warnings for frost.

Zone four's best planting window is between April and June. Lettuce's eight to twelve-week growing period makes it okay to grow lettuce in zone four from April to September.

If you planted lettuce in late June in zone four, watch for frost warnings in September. You may need to harvest your lettuce early or cover it with burlap.

Lettuce should be planted in zone five between April and July. In zone five, you can keep lettuce growing in the ground until October when it gets too cold.

If you planted lettuce in late July in zone five, watch for frost warnings in October. You may need to harvest your lettuce early or cover it with burlap.

Zone six has the same planting schedule as zone five. Lettuce should be planted in zone six between April and July. Like in zone five, lettuce in zone six, planted near the end of July, will need to be guarded against sudden frost.

Zone seven in the first zone that's too warm in the summer to grow lettuce. When growing lettuce in zone seven, it's best to do so between January and March. There is also an extra window to grow lettuce in September.

In zone seven, you may need to watch for frost in December. When faced with frost, you can harvest your lettuce early or cover it with burlap.

In zone eight, there are two windows for growing lettuce. The first window is February and March, which can see lettuce harvest til June.

The second window for planting lettuce in zone eight is between August and September. The second grow window can have lettuce growing until December.

It's best to plant lettuce in zone ten from February through April. Since zone ten is so hot, it also has a long winter growing season.

Zone Tens' winter growing season is from September to December. This means that zone ten can grow lettuce all through winter as long as you watch for rare frost events in January.

How Do You Grow Lettuce Inside? 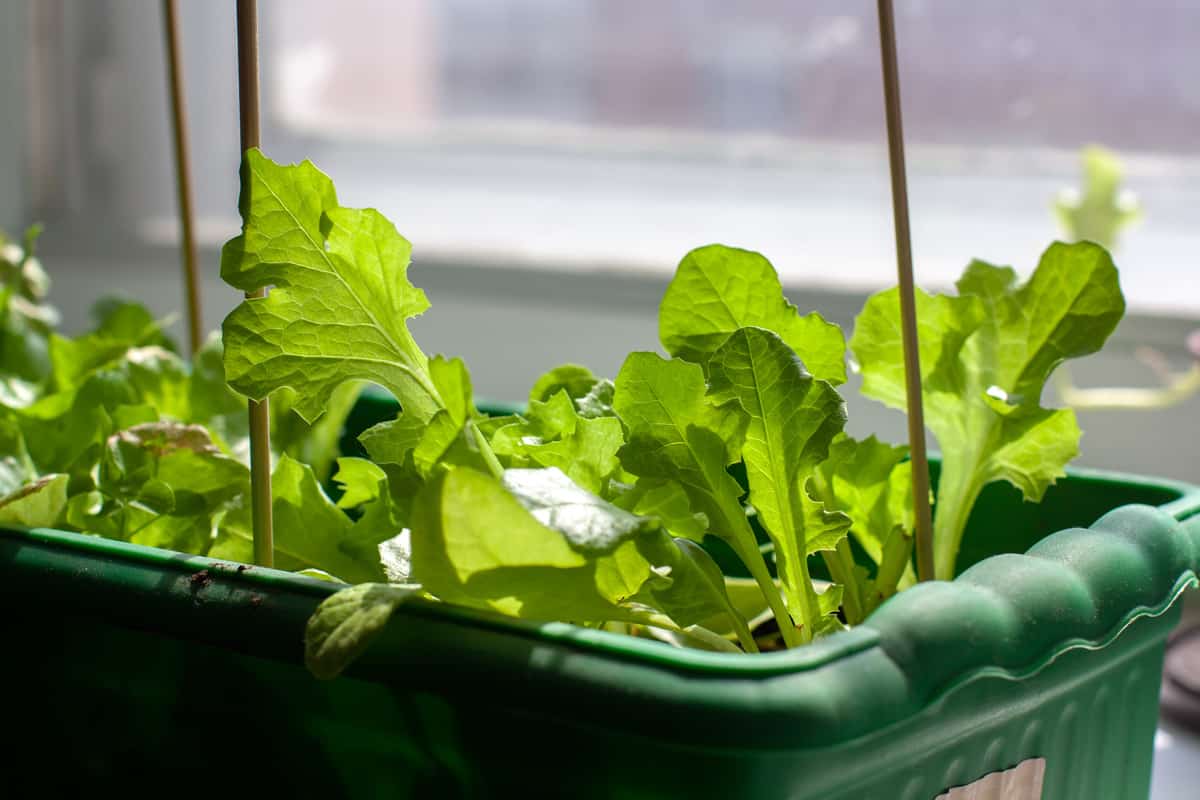 Place your pots or flats of soil in a window seal where they get sunlight. If you can't find a window seal that delivers enough sunlight, you can buy a UV light to help your lettuce grow.

Here are two of the best UV lights available on amazon.

Be sure to water your lettuce daily. If lettuce dries, it can quickly stress out and die. While keeping your lettuce watered is vital, be sure not to overwater to avoid the myriad of issues that can cause.

It can also be good to fertilize your lettuce lightly. Avoid over-fertilizing to keep from burning your lettuce.

If you follow all these steps, you will have great homegrown lettuce in eight to twelve weeks.

Why Is My Lettuce Dying? 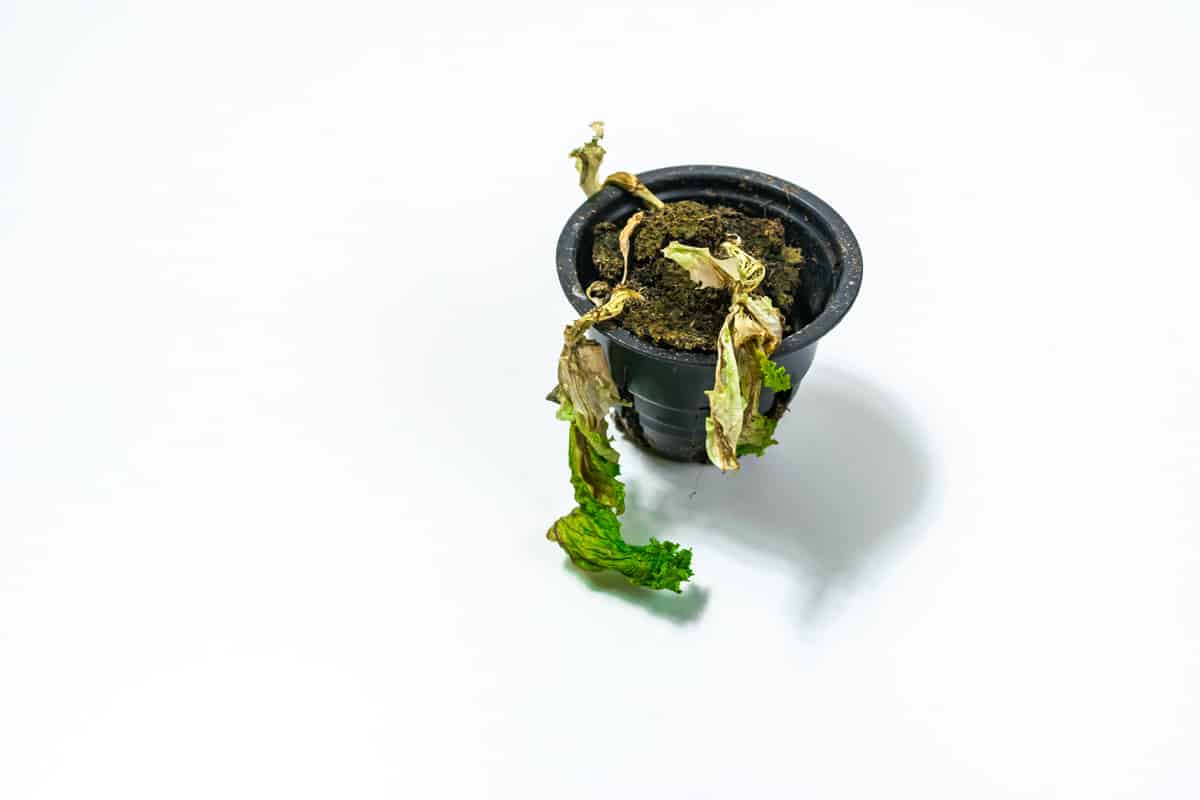 Let's look at the signs of each issue and how to remedy them.

One sign that you may be overwatering is water pooling in the soil. While you want the soil around your lettuce damp, you don't want it soaked.

Lettuce that has been overwatered will start turning yellow since its roots can't breathe. Your lettuce may also gain black or white spots from bacterial or fungal infections.

To help lettuce that has been overwatered, stop watering for a few days to allow the soil to dry. If your lettuce has gained a bacterial or fungal infection, you will need to treat that.

Here are two of the best sprays on Amazon for treating both bacteria and fungus.

Identifying if you have overfertilized your lettuce is straight forwards. If you notice that your lettuce starts turning yellow a day or two after fertilizing, then it's likely the culprit.

You need to flush the soil to help lettuce that's been over-fertilized. You can do this by soaking the soil the lettuce is planted in for an hour. This will allow the excess fertilizer to dissolve in the water and be flushed away.

If you don't see significant improvement in your lettuce in a few days, you may need to flush the soil again.

What Is The Best Kind Of Lettuce? 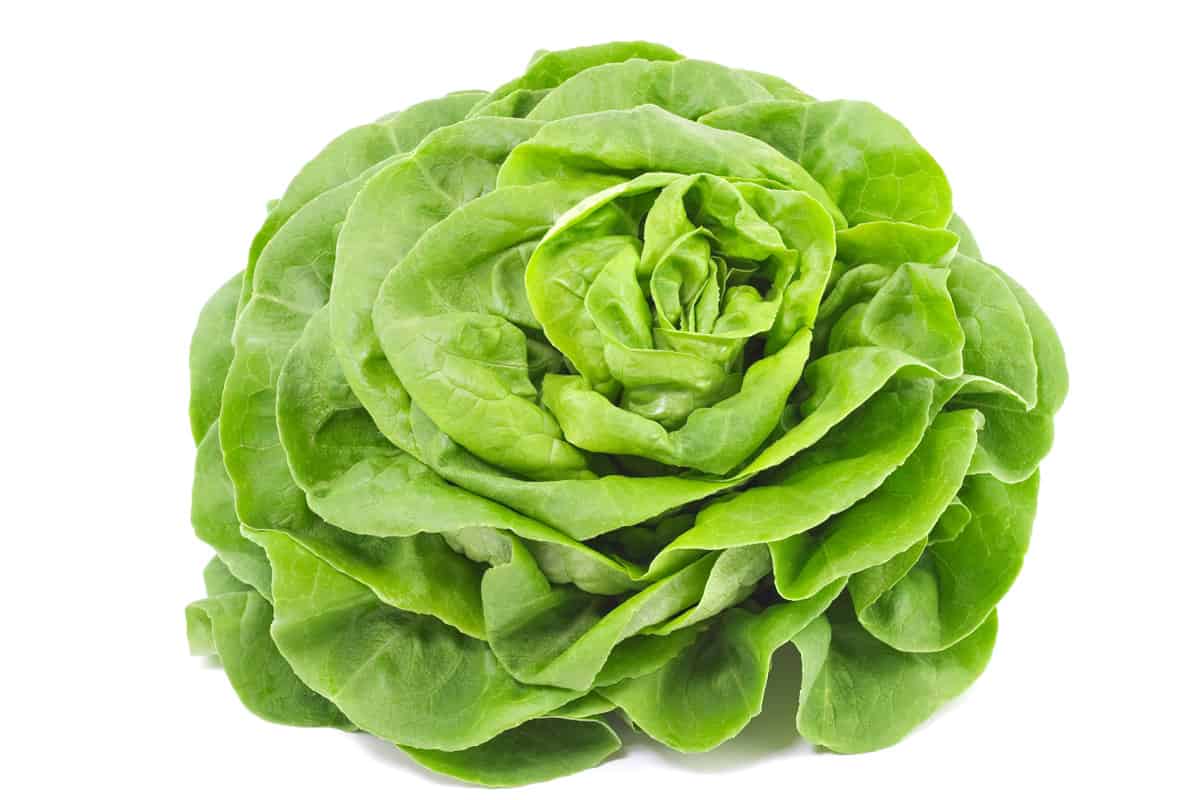 Butterhead Lettuce is a very popular lettuce with many varieties. Butterhead lettuce is best known for its buttery flavor that enriches dishes. 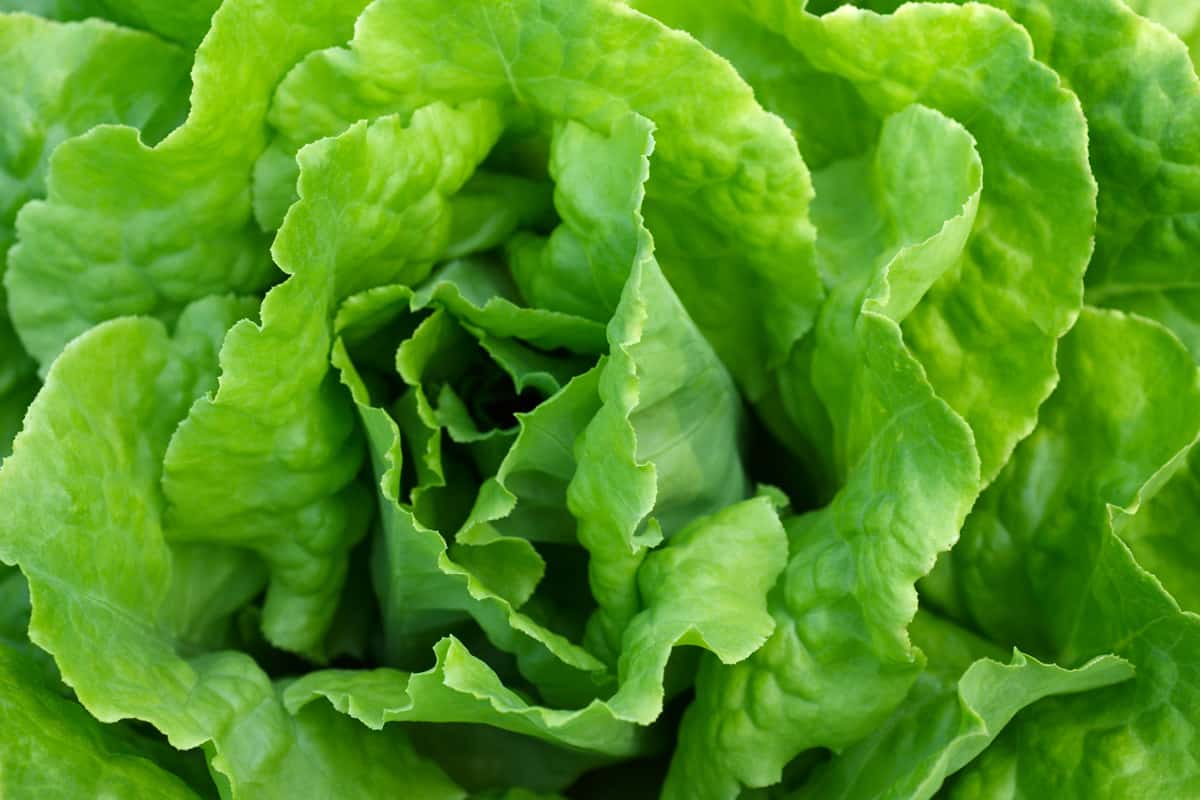 Iceberg lettuce is well known for its distinctive crunch. While Iceberg lettuce has fewer nutrients than darker lettuce, it makes up for it with the crunch that helps to define tocos and coleslaw. 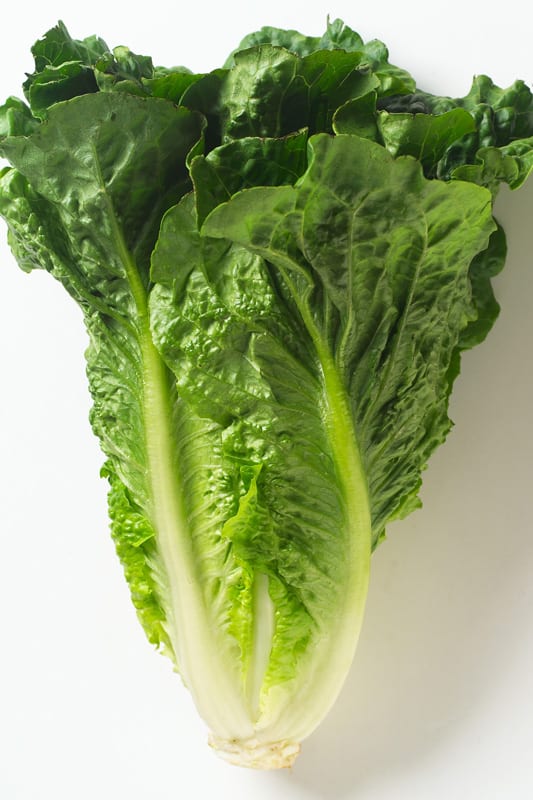 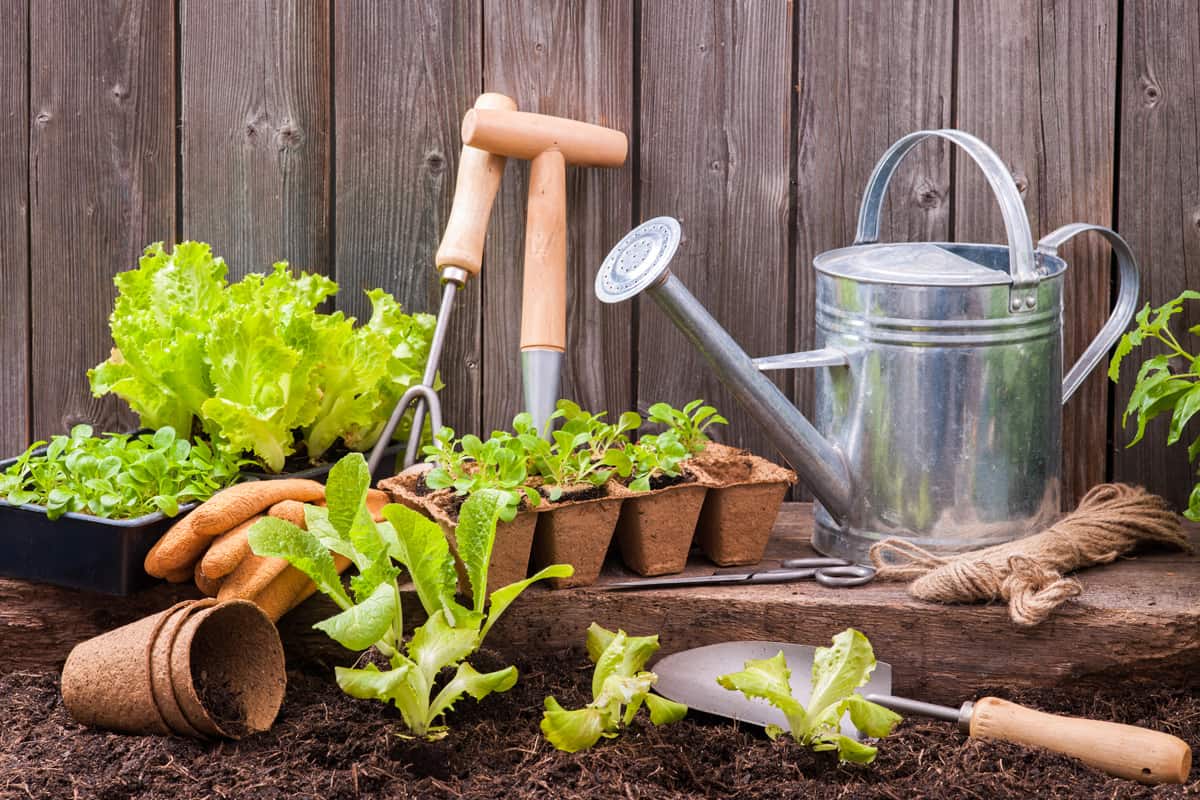 In this article, we learned when to plant lettuce in different zones. We also learned how to grow lettuce inside and treat common reasons for lettuce dying.

Remember, while lettuce choice is a preference, some lettuces go better with certain dishes.

Can Lettuce Survive A Freeze? [And How To Prevent It From Dying]

How To Grow Lettuce In A Vertical Garden