Pruning is a fairly involved process and you can't just cut any branch off and expect it to look good. When it's done correctly, it will result in beautiful trees that will bring you a bountiful harvest. We've looked into this subject and have put together all the information you need to know about when and how to prune fruit trees!

However, both agree that the best time for tree pruning is in early spring when the buds are starting to swell and the branches start to show signs of growth.

Here are the steps to follow in pruning a fruit tree:

1. Check for the D-D-D and prune if you see any. The three D stands for diseased, dying, and dead branches.

2. Check for C-A-C and prune. It stands for clustering, acute, and crossing branches.

This guide is for those who are curious about pruning fruit trees. We'll start off by explaining the benefits of pruning and what to look out for before you do it. Then, we'll go over the basics of the pruning process and show you the right way of doing it. Let's begin! 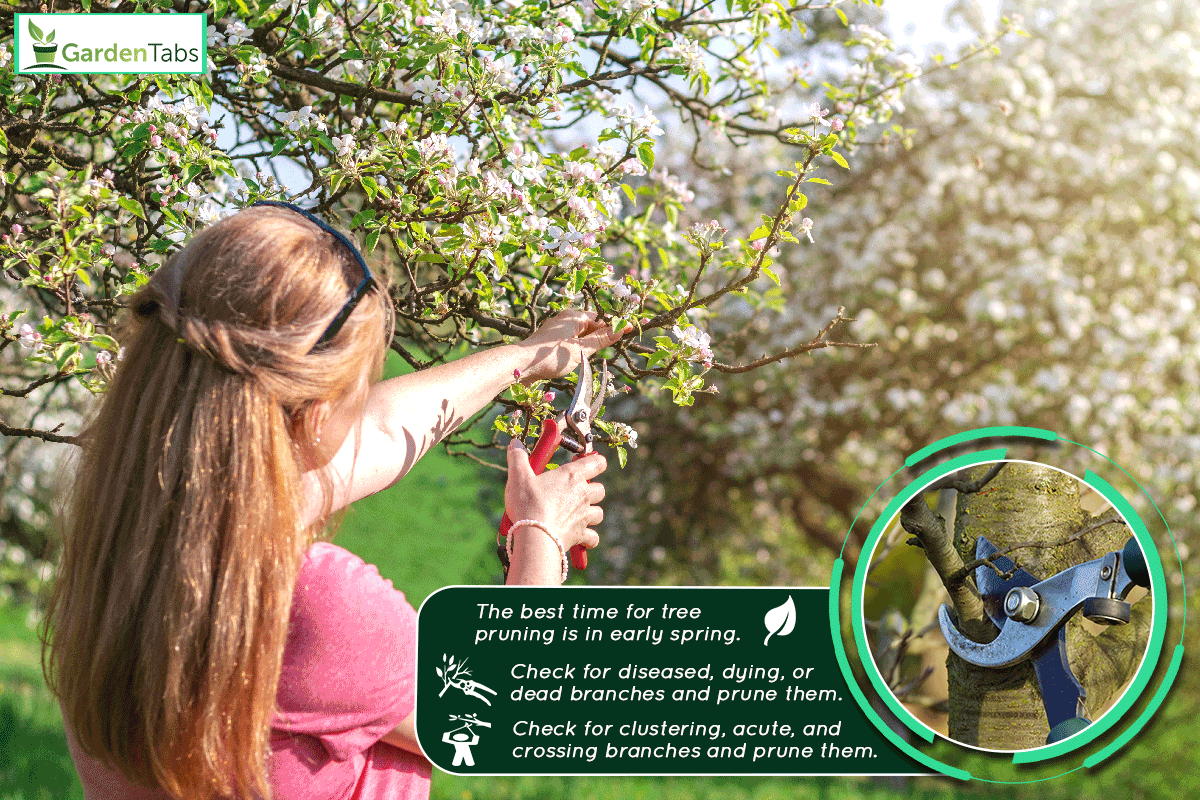 Pruning is the removal of unwanted, damaged, or diseased branches from trees. It’s not a natural process since there's human intervention, but it is an important part of tree care. Pruning is a good way to encourage healthy growth and improve the appearance of a plant. 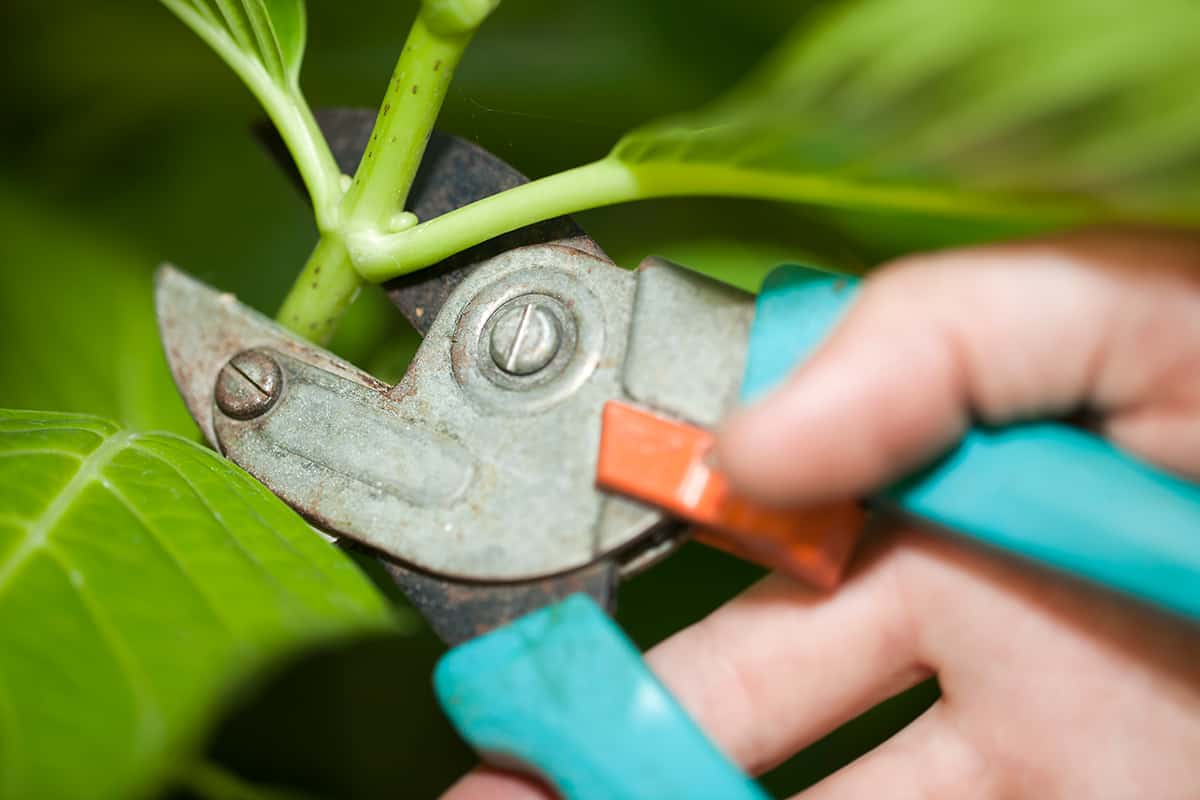 There are several reasons why you'd want to prune your garden or fruit trees. Some of these reasons include:

In the case of fruit trees, pruning is one of the most important methods you can do to ensure a bountiful harvest. A fruit tree that is not pruned will be allocating its resources to parts of it that do not contribute to fruit production. You won't be able to maximize your plant's growth potential if it's channeling nutrients to dead or diseased branches.

When To Prune Fruit Trees?

As previously stated in the introduction, there seems to be a disagreement in the gardening world as to whether or not to prune fruit trees in late autumn or when they are dormant in the winter season.

Whether these two are in disagreement or they both represent a school of thought, one thing is for sure: there is a consensus and it's clear that early spring is the best time to prune fruit trees.

How To Prune Fruit Trees?

Pruning fruit trees is one of the most important and rewarding tasks for a gardener. When done properly, it not only saves time and energy by making your trees easier to care for, but it also helps them to produce higher yields.

But what do you do when your trees are looking less than their best? Whether it’s due to a lack of fertilizer, watering, or pests, there are some things you can do to give your trees a boost.

Learn the techniques and tips to prune fruit trees to make them grow and prosper. But before you proceed, make sure you have super sharp pruning shears with you! Let's go!

Cut out branches that are either diseased, dying, or dead. Cut it down to about one-third of its current length.

Diseased or dying branches can potentially slow down growth and reduce the yield of fruit or flowers because they siphon off the energy which could have been allocated to healthy branches.

You can leave the healthy stubs on the trees so that they can regrow but keep them at least three nodes apart to ensure no disease is going to infect the healthy nodes.

It's important to understand that plants need not only sunlight but air to live. As a result of the movement of air through the leaves, plants take in carbon dioxide, which they then convert to sugars and organic compounds that provide nutrients to every part of the plant.

A clustered and a crossing branch in a fruit tree will limit airflow, so it just makes sense to free up as much space as possible for air to flow through the tree.

In addition, you will want to have a fruit tree that is growing lateral branches and not growing branches at acute, sharp angles. This is because branches at sharp, acute angles don't have enough load-bearing capacity and will consequently snap off if the tree bears a lot of fruit.

There is much more to pruning fruit trees than meets the eye. So many people fail to take into account the effects of pruning on the trees themselves and how to avoid damaging the tree by pruning it correctly.

The video below should help if you're looking for a demo on how to prune a fruit tree:

What To Do After Pruning?

First, make sure the soil is moist but not saturated. Waterlogged soil can prevent roots from growing. Then, give your plants a boost with an organic fertilizer like fish emulsion or blood meal. Finally, mulch.

Check out this blood meal on Amazon.

Do Dead Branches Grow Back After Pruning Them?

Dead branches don't usually grow back after they've been cut off, unless you've pruned the branch too far back. This is because the remnant stub will become calloused and this may inhibit new growth and protect the branch from infection and disease.

Dead branches are typically too far back to regrow. However, some species may respond differently to pruning. And if the pruned branches are damaged, such as if they've been broken off, the branch may grow back.

Deadheading And Pruning: What's The Difference?

Deadheading is a great way to keep a plant looking fresh and vibrant. By removing any spent flowers, you can ensure that the plant doesn't have to expend energy growing new blooms, which can slow growth. It also makes the plant look fuller and can give it a fresher appearance.

Pruning, on the other hand, helps to maintain a healthy tree and improve its appearance by reducing the number of leaves and branches. Pruning also encourages the formation of new growth and allows the tree to utilize water and nutrients in a way that promotes greater growth and health.

Is It Required To Water After Root Pruning? 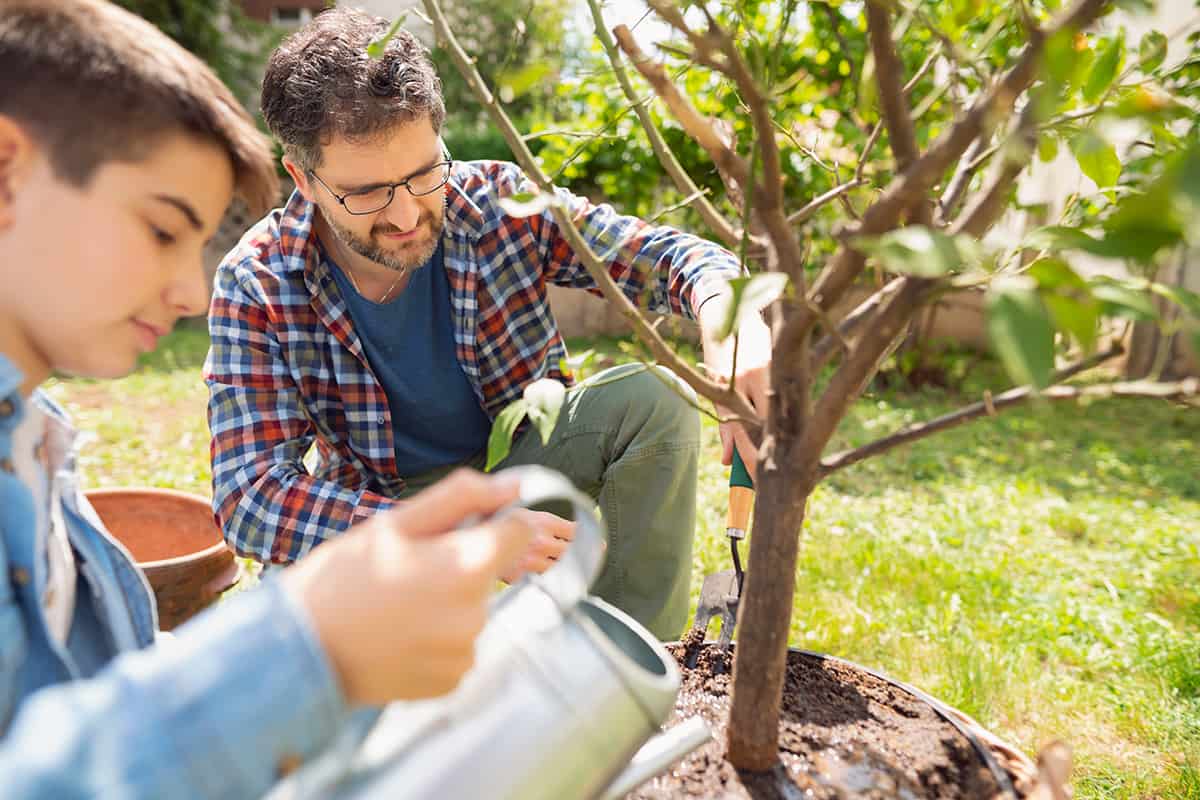 After pruning, the plant has been forced to grow new roots. The old ones were removed, but they're still there. They're just smaller, and the plant doesn't have anywhere else to go.

Watering helps the plant recover from the pruning. It also helps prevent any future problems. If the soil is dry, it can cause the new growth to wilt. If you don't water a potted plant after pruning, you'll have to wait longer before you see signs of recovery.

When it comes to watering, it's best to give it a little extra time to get settled. As the leaves begin to come in, you can start to see signs of recovery.

Is Removing Yellow Leaves Beneficial To The Plant?

Yellow leaves can signal a plant's distress. It may also indicate the presence of pests, diseases, or nutrient deficiencies. It's best to trim off the damaged or diseased leaves as soon as possible before they spread to other parts of the plant.

Is It Possible For Yellow Leaves To Turn Green Again? 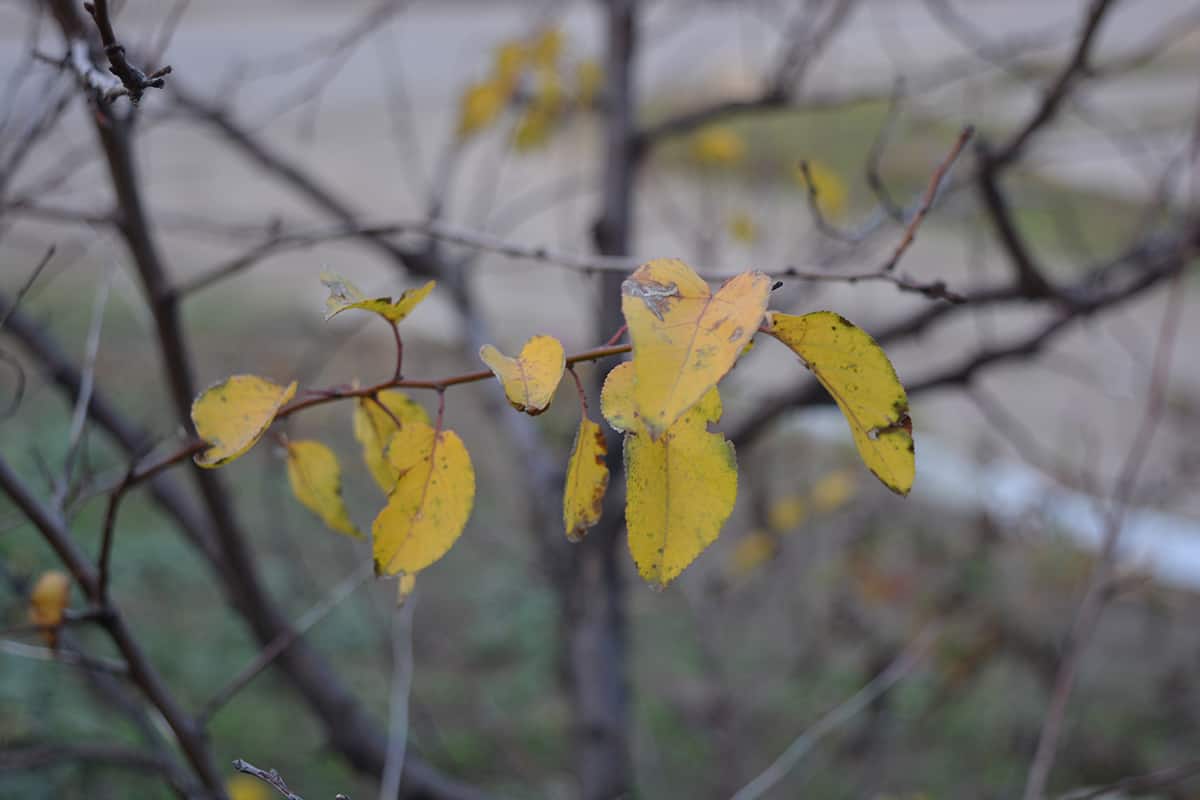 Plants with yellow leaves are still alive, but they have no food or water. They may be dying, but their leaves won't turn green anymore until they die completely.

This is because once a plant has lost all of its chlorophyll, it is unable to absorb any nutrients and photosynthesize. As a result, it's unable to grow, and it's also unable to make any food for itself.

Leaves contain chlorophyll, which allows the leaves to capture the energy from the sun and transform it into food for the plant. So when the chlorophyll in a leaf decreases, it's known as a chlorophyll deficiency.

So, when your plants begin to lose their green color, it's time to pay attention. If you notice this change in a plant, it's time to give it a little help.

At What Point Can You Say You're Over-Pruning? 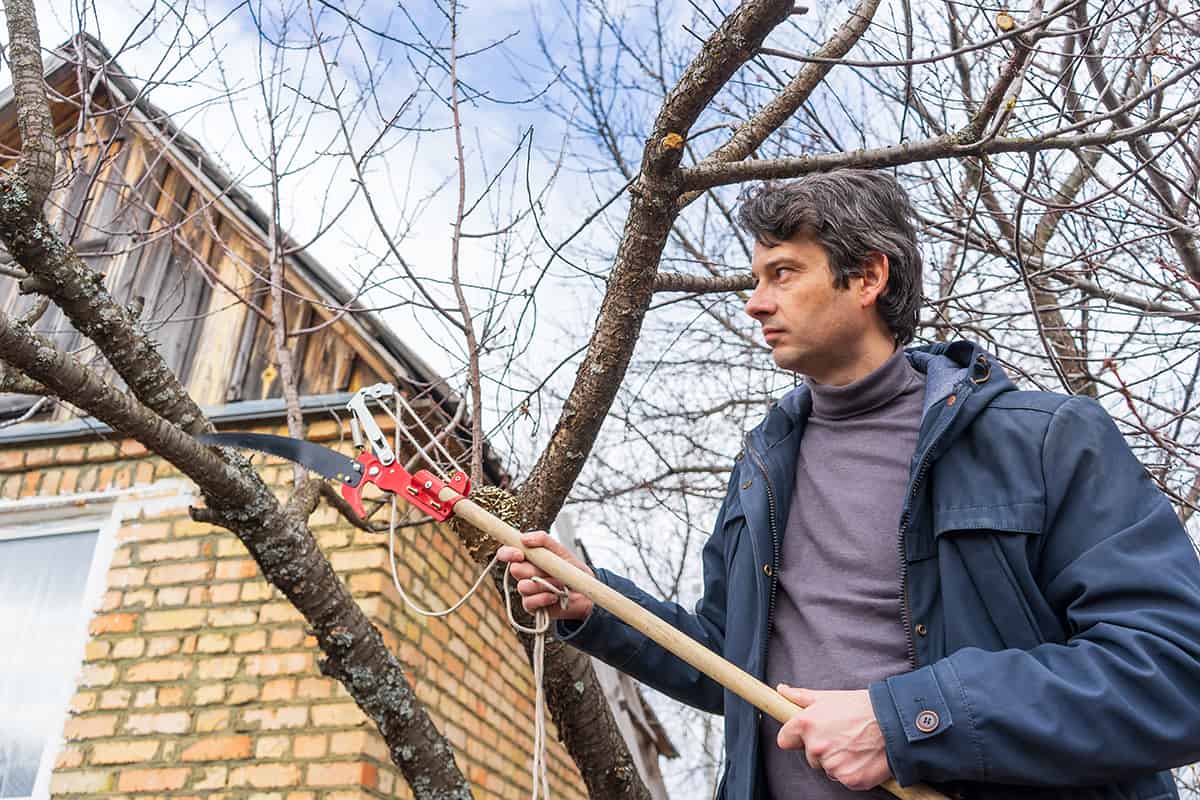 It's not always easy to figure out what is too much. A healthy tree looks like it has a lot of leaves. But if you notice that the limbs of the tree are starting to droop, you need to know the right amount to remove.

However, it's important to keep in mind that trees grow very slowly, and a 20 percent reduction in size can be quite significant after several years.

So, it's best to set a limit and stick with the 20 percent limit. This is the amount that you can safely trim without causing the tree to weaken and possibly die.

Now that you've read through our pruning guide, you should have a solid understanding of the benefits of pruning fruit trees. Once you're confident with the process, get started pruning your trees today!

How Much Fertilizer Should You Use For Fruit Trees?

What Is The Best Time To Graft Fruit Trees?