Weeping figs are popular ornamental trees grown in homes and gardens. Since this is true, it may come as a surprise to see leaves dropping from the plant. We have researched the reasons why it happens and what you can do to resolve the problem.

Leaf loss is a natural part of their seasonal growth cycle, but weeping figs noticeably react by dropping leaves when their environment is disturbed or altered. Keep the plant in areas of adequate humidity, indirect sunlight, and consistent moisture.

Native to the subtropical regions of Asia and Australia, weeping figs generally thrive in areas with temperate climates. This fact proves to be the basis for why the plant occasionally sheds leaves. Read on and find out more information about Ficus benjamina.

Why Is It Called A Weeping Fig? 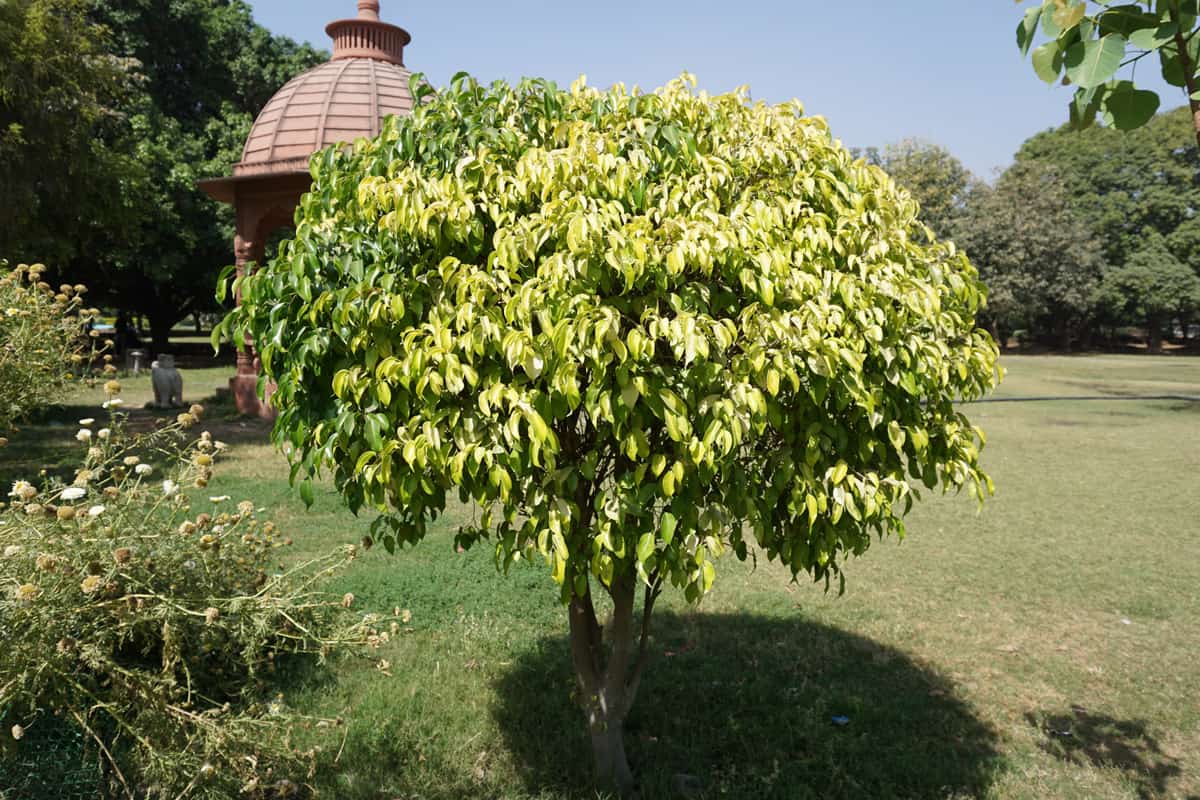 Weeping fig has obtained its name because of its sensitive nature. The tree immediately loses a portion of its foliage, even to slight changes occurring within its environment. Shedding its leaves has been equated with crying or "weeping."

Is Weeping Fig An Indoor Plant?

Even with their sensitive nature, weeping figs are a popular addition to any garden and household because of their appearance and attractive foliage.

It is possible to grow them inside your home as long as they are given the proper growing conditions. Indoors, the tree grows smaller since sunlight is limited. It only adapts to its general environment.

Is It Normal For Weeping Figs Leaves To Fall Off? 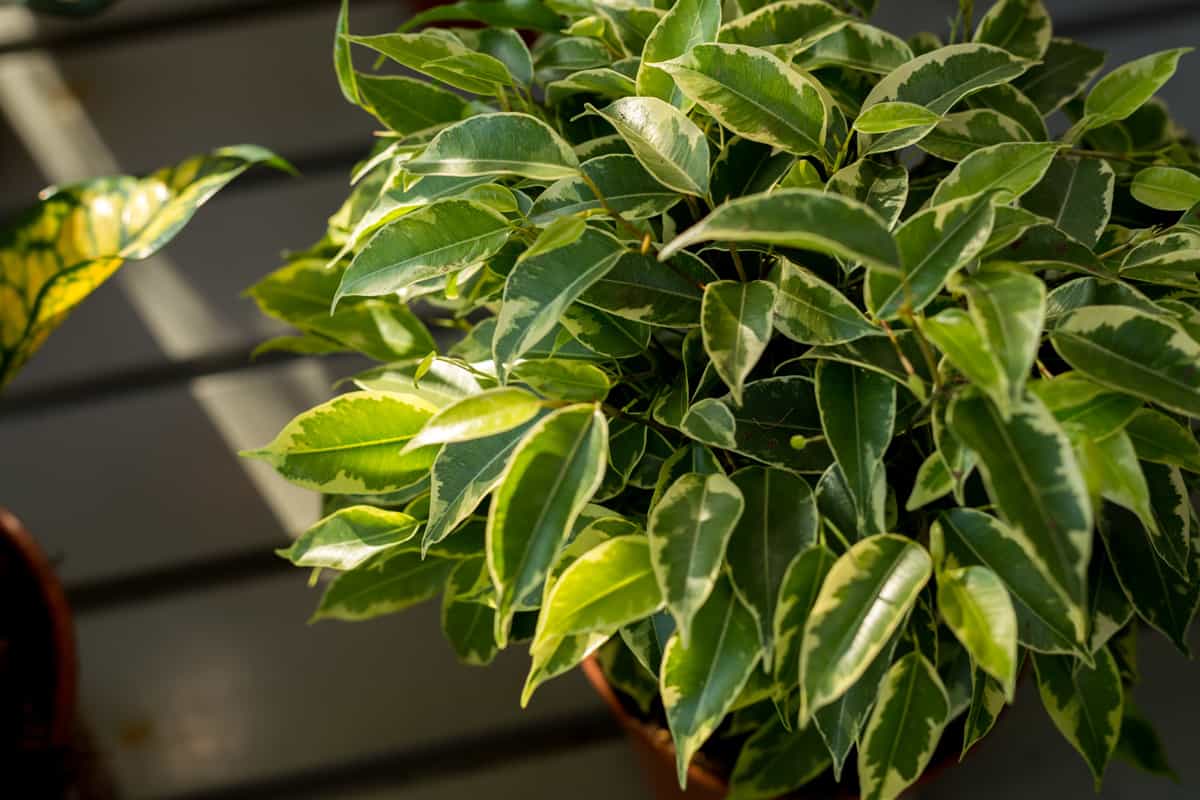 By natural evolution, they continue to drop leaves to coincide with changes in their native climate even when grown elsewhere.

An upcoming dry season in their original habitat triggers the tree to drop leaves as a survival mechanism. This acclimatization reduces the amount of foliage the plant has to support when water becomes scarce. The leaves eventually grow back to coincide with the wet season of their origin.

Why Are The Leaves Falling Off My Weeping Fig Plant? 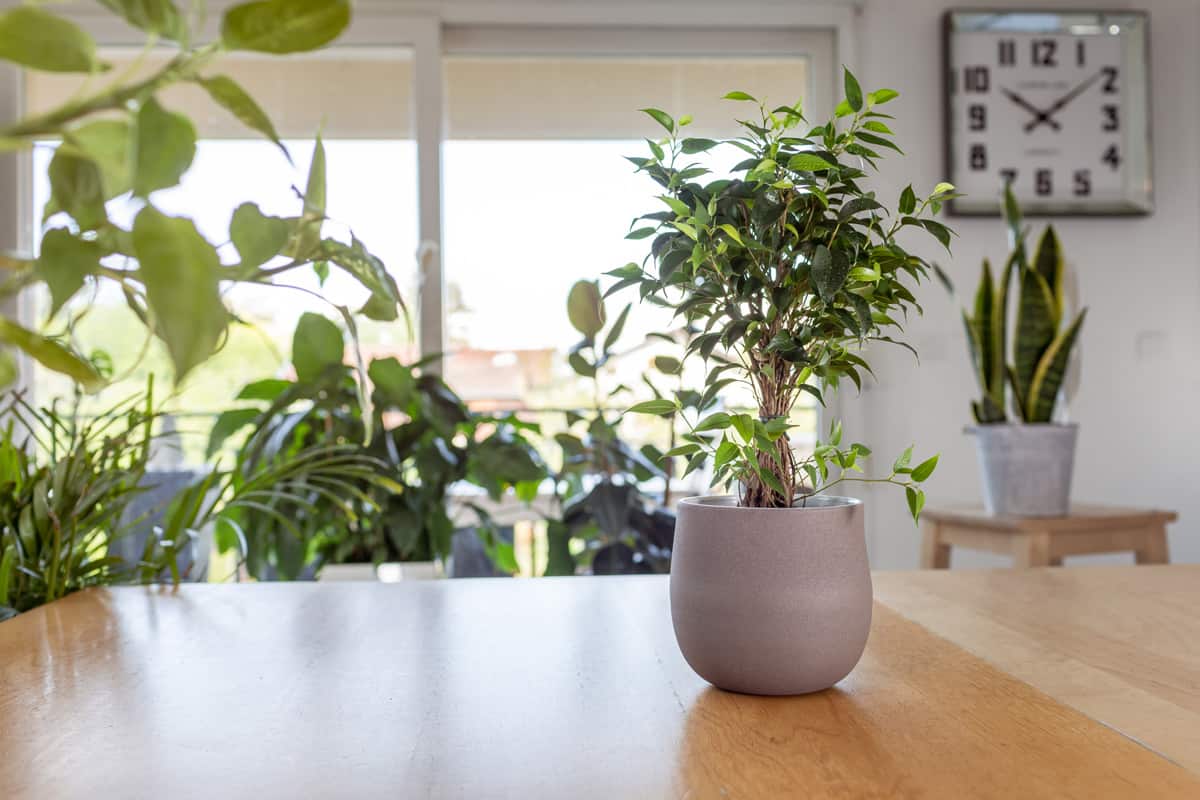 There are other factors that could cause the tree to spontaneously drop its leaves outside its natural cycle. Weeping figs react to slight environmental changes and adapt by shedding foliage.

Is Your Fig Plant Relatively New?

Bringing home a new plant from a nursery or a greenhouse alters the environmental conditions; the tree is displaced. Your weeping fig might lose most of its leaves in just a few days after you relocate it in your yard or garden.

Changes in light, temperature, humidity, and moisture most probably triggered the reaction, and the plant is simply acclimating to its new environment. Once the ficus has adapted, new growth will continue.

Are You Growing It Indoors?

Weeping figs make a great addition to interior design and are an excellent focal point and accent for living rooms, hallways, covered patios, and other areas in your home. However, indoor conditions vary considerably from their native habitat. The trees originally grow under the canopy of a tropical forest and thrive in those conditions.

Air conditioning, heaters, and other artificial regulators affect their development since the humidity, temperature, water, and light requirements fluctuate and vary. Characteristically, your weeping fig sheds its leaves.

Did You Transfer Or Relocate The Plant Recently?

Perhaps you found a better spot for your tree to grow. Relocating the plant to a new area tends to cause stress. It reacts even to slight changes in its immediate environment as an adaptation response.

Did It Dry Out Or Get Overwatered?

Weeping figs need to be hydrated regularly with a consistent amount of water to maintain moisture without drying them out for prolonged periods.

In its natural habitat, the tree sheds its leaves during dry weather. If the soil is left parched for too long, the plant thinks it is already in the dry season and adapts to the environment.

If, however, the ficus receives too much hydration, the roots will rot. As a response, the leaves will begin to drop because its root system finds it difficult to support the tree.

Is Your Weeping Fig Infested?

Insect infestation causes shedding foliage. Pests such as spider mites, aphids, mealybugs, and scales feed on the tree's nutrients which results in yellowing leaves and eventually dropping of its foliage as a stress response.

It is ideal to use natural remedies to treat the infestation and to protect the tree from the chemicals present in inorganic solutions. Spraying neem oil and insecticidal soap helps alleviate the issue.

For severe infestations, pruning infected portions is necessary to prevent spreading damage to other sections of the tree.

Will Weeping Fig Leaves Grow Back?

Leaves regrow after a recovery period of recovery. Just make sure that you replicate the tree's natural growing conditions to facilitate its growth and rehabilitation.

How Can You Prevent Weeping Figs From Dropping Leaves?

Stress associated with leaf drop can be minimized through proper care and maintenance - following a consistent watering schedule, providing adequate light and correct potting mix as well as keeping the general environment humid.

How Much Light Does A Weeping Fig Need? 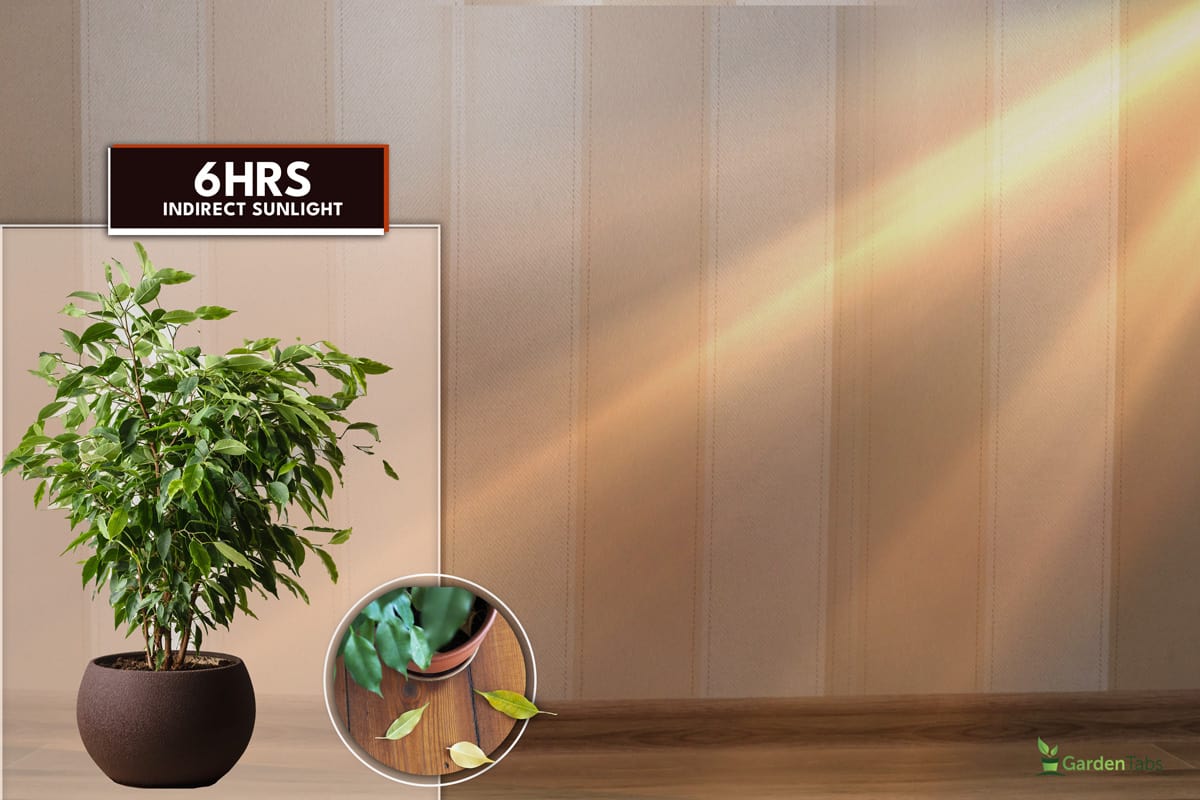 Weeping figs are tropical plants that require at least six hours of bright indirect sunlight exposure per day to thrive. Ideally, the tree should be situated in partially lit areas.

If you own a container-grown fig, you can put it in an east-facing window so the tree can receive morning light and be protected against intense heat during noontime.

Remember to be consistent with your placement because the plant is fairly sensitive to being moved. Once you have found the right spot, do not transfer the tree to a new location, even if the area proves to be a better one, unless necessary.

How Often Should I Water Weeping Fig?

Hydrate your weeping fig regularly to keep the soil consistently moist but never waterlogged. Let the growing medium dry out in between waterings to prevent overhydration that eventually causes root rot and foliage loss.

If the leaves are too crisped and brittle, then the tree is underwatered. Soft foliage indicates overhydration.

Your weeping fig does not have to be watered regularly during the winter season since the general climate keeps the soil moist for prolonged periods. Amidst the summer months, however, hydrate the tree at least twice a week or when the soil seems dry.

What Kind Of Soil Do Weeping Figs Need?

Since weeping figs require moist environments, they should be planted in a loose well-draining medium. This way, water won’t pool and cause root decay and fungal infections.

Regular potting mix will do, or you can create your own medium by incorporating perlite, sand, coconut husks, and vermiculite onto the soil to promote better drainage.

The growing medium does not have to be high in organic content, however, keep the soil fertile so that its composition is adequate to provide the roots with enough nutrients.

What Do You Fertilize A Weeping Fig With?

If the tree is shedding leaves, you must feed the plant with fertilizers high in magnesium (Mg) and manganese (Mn) contents. These are macronutrients that facilitate with photosynthesis and chlorophyll production.

Chlorophyll is what makes the foliage green and is responsible for transforming sunlight into carbohydrates and other minerals that plants need.

By applying Mg and Mn, the remaining leaves will receive adequate chlorophyll to help the tree make its own food, even with a considerable loss of foliage.

Weeping figs prefer tropical conditions. As much as possible, the area must be humid to emulate its natural growing environment. Otherwise, its foliage will appear dry and withered.

To remedy the issue, maintain soil moisture and mist its foliage once in a while.

During the colder months, you can place a humidifier near your ficus or surround the tree with other growths to maintain optimal humidity.

Are Weeping Figs Toxic To Animals?

Unfortunately, weeping figs are toxic to cats and dogs due to their sap. Direct contact and ingestion will cause skin irritation, vomiting, and drooling. So if you still wish to grow one, you can enclose the tree using wire mesh to keep it inaccessible to pets.

Inasmuch as weeping figs occasionally lose their leaves as part of their growing cycle, it is necessary to determine the reasons why it happens since improper care and maintenance can also be the cause. We hope the article provided you with enough information to solve the issue.

Do Weeping Figs Like To Be Root Bound? [Read This!]