Leaf miner insects are any number of insects that feed off a plant's leaves, creating tunneling injuries as they feed. There are over 300 kinds of leaf miner insects worldwide, including caterpillars, beetles, larvae, moths, and true flies.

It is often very hard to spot the actual leafminers. Occasionally, you will spot tiny black flies hovering among the leaves, but you will spot their damage.

They cause unsightly tunnels, splotches, or squiggly lines in your plant leaves. Of all these leaf miners, only five are considered a true nuisance and pest that pose a real danger to your vegetables and horticulture crops.

These pests typically puncture the leaves and feed on the sap and tissue of the leaf structure. These puncture marks can be significant enough to disrupt photosynthesis in a plant. The female leafminers then lay eggs inside the leaf tissues, with the larvae feeding further on the leaves, sometimes causing defoliation along with disrupting photosynthesis.

We have done the research and will share which leaf miners could be in your garden with you. We will also discuss options for how to rid your garden of them if you spot their damage. 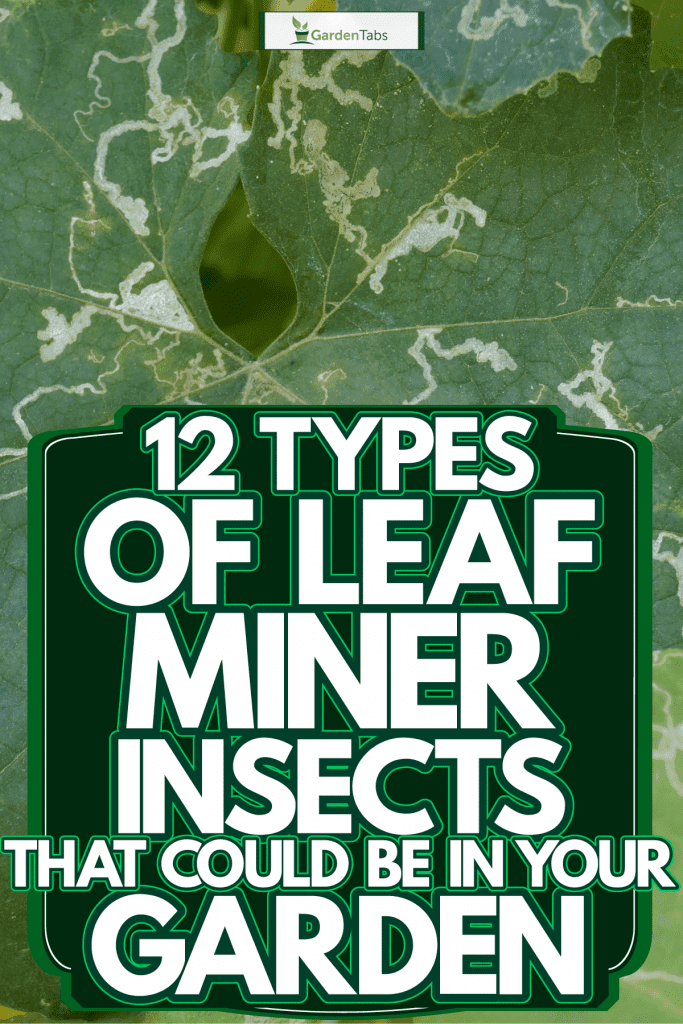 These leaf miners are found mainly in the southern half of the United States, from Florida to California. They can also be found in Central, South America, Asia, and the middle east. They can not survive in colder climates unless it's in a greenhouse environment. 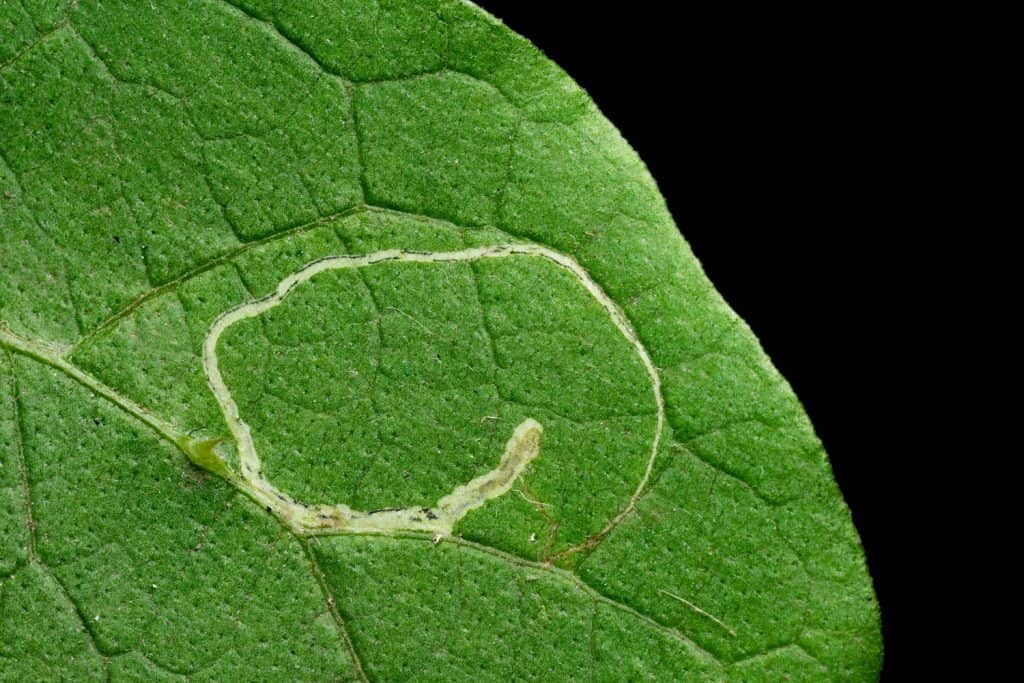 The vegetable leaf miner is a small shiny black fly. It is considered to be one of the three most damaging. Not only can they wreak havoc on your home garden, but they can also destroy horticultural crops.

Tomato leaf miners are most commonly found in Asia, Morroco, and Egypt. As the name implies, they mainly cause damage to tomato plants. They can also affect sweet peppers, lettuce, melon, and Mums (chrysanthemums).

Symptoms of tomato leaf miner infestations are commonly found when there is premature leaf fall and tunneling on the leaves. Tomato leaf miners can completely destroy young plants and seedlings. Therefore you will want to be proactive about preventing infestation. 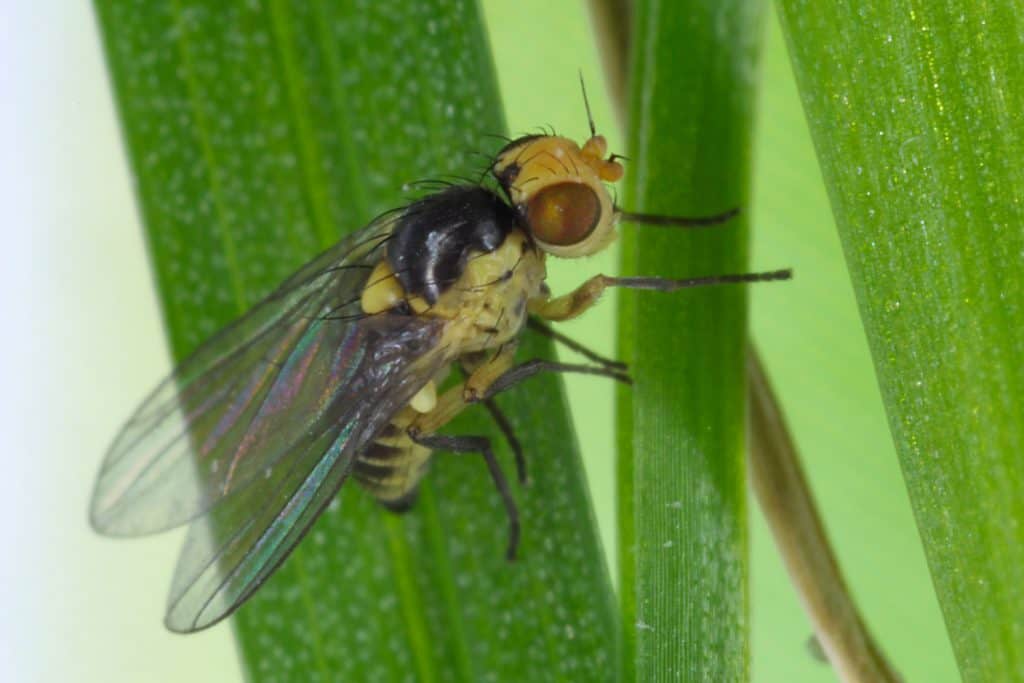 Found in North Africa, West Asia, and Northern Europe. The leaf miners lay eggs under the leaf's surface. Consequently, new larvae cause damage by feeding on the leaves' inner tissue.

Infestation typically presents itself as white tunnels on the leaf's surface and a possible stippled appearance of the leaves. If the infestation of larvae is extensive enough, the leaves can have defoliation.

Native to the United States, Canada, Northern South America, and the Caribbean. They can less commonly be found in Europe.

This leaf miner can have a devastating effect on your greenhouse plants. Outside of greenhouses, you are mostly at risk only in subtropical climates.

They are also known as the celery leaf miner, native to the southern United States and the Caribbean. They feed on a wide range of plants to include ornamentals. Studies have shown their preferred hosts to be celery, daisies, and Mums.

Native to North America but found worldwide. Highly invasive and found in most vegetable crops.

A common problem to Hawthornes during May and June, luckily damage is primarily aesthetic, and the plants can normally withstand any damage caused by the leaf miner. Experts recommend planting resistant varieties as control is rarely warranted.

Found mainly in the mid-Atlantic region of the United States, these leaf miners cause blisters and occasionally defoliate. Luckily, they are primarily an aesthetic issue and rarely kill a boxwood. It is recommended you select a boxwood that is genetically resistant to the leafminers to prevent infestation.

The spinach leaf miner is also known as the beet leaf miner. They are typically active in the early spring months, laying their eggs on the underside of the leaves. Their preferred vegetables are beets, spinach, chard, and other greens. 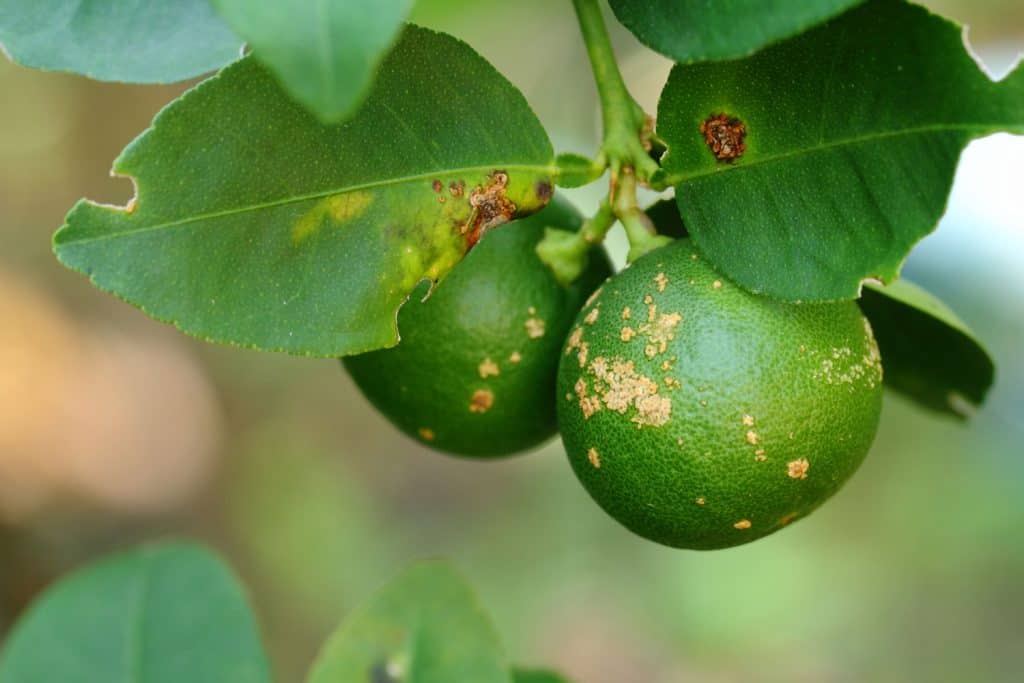 Initially found in Florida, they are now found in all parts of the world. As the name implies, they prefer citrus plants. Insecticides are your best option for managing citrus leaf miners, yet they are rarely warranted. Insecticides are typically only advised for very young plants more susceptible to serious injury from the leaf miners. 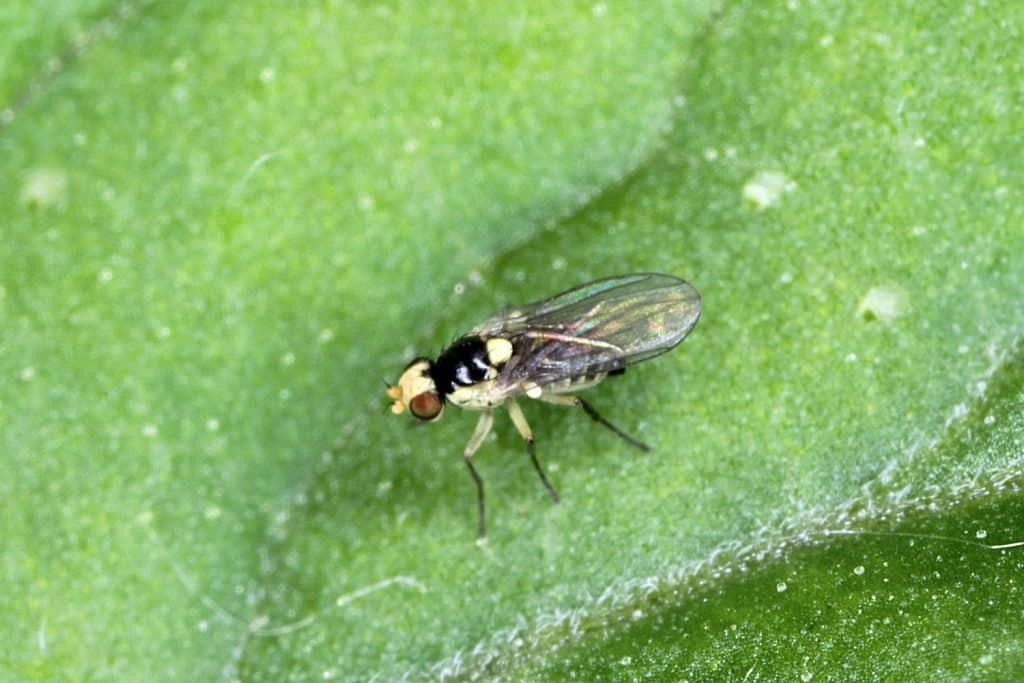 These are the most common leaf miners found on herbaceous plants. They primarily infest Columbines, perennial sunflowers, daisies, and veronica.

Native to the United Kingdom, these moths typically infest flowering trees and shrubs. Evidence of these moths is usually white blotches left on the upper epidermis. They rarely cause any serious harm to the trees and shrubs they infest, their damage strictly being an aesthetic issue.

You should regularly inspect your leaves and foliage for evidence of leaf miner activity. If you find any tunneling or puncturing, you will want to remove and destroy any affected leaves immediately. This alone can often be an effective method of controlling their populations.

You can manually kill the leaf miner larvae by squeezing the leaves. If you see the beginnings of the telltale white squiggly lines on your leaves, you can squeeze them to squish the larvae, in turn killing them, combined with a white oil spray or neem oil can be highly effective.

Planting trap crops can also be a viable option in protecting your garden. Trap crops work by redirecting the leaf miners away from the vegetables and plants in your garden.

Floating row covers can also be effective in preventing and deterring leaf miners and other pests from landing in your garden. If they don't land in your garden, the females don't deposit their eggs on the leaves, preventing infestation.

Check out this plant cover on Amazon.

A final measure to prevent infestation is to make sure to till your soil in the fall months. Tilling destroys the pupae in the soil, preventing the adults from emerging from the earth in the warmer months.

How to kill leaf miners?

The most effective way to rid your plants and vegetables of leaf miners is with control methods that target the leaf miners in their larval stage. Chemical insecticides can be an effective solution. However, insecticide resistance can be an issue when choosing this route.

Check out this insecticide on Amazon.

You can make your own white oil to control leaf miners effectively without chemicals. White oil consists of only a few ingredients and is highly effective by suffocating the leaf miners.

All you need to do is mix the vegetable oil and soap in the water, mix thoroughly and transfer to a spray bottle large enough to hold all the liquid. After thoroughly mixing, you will want to put a thin coat on the top and underside of the leaves. You can apply this once a week. If used during heavy rainfall, you can apply every few days.

Neem oil can be an effective treatment for controlling these pests. They work by disrupting the life cycle of the leafminers. You apply the neem oil as a spray onto the affected leaves.

Check out this neem oil on Amazon.

Leaf miners are an insect you need to be proactive about and aware of. With frequent inspections of plant leaves, leaf miners can be caught early and resolved before causing unsightly damage or worse in your garden.

If you have enjoyed this article, consider these for further reading:

15 Best Palm Tree Insecticides That Can Save Your Trees