It's easy to use the term "tulip poplar" in place of "tulip tree." What's the difference, then, between these two flowering trees? We did the research to bring you the answer.

There is no difference between a tulip tree and a tulip poplar. The two terms can be used interchangeably, despite the implication that a tulip poplar might be a member of the populus genus.

This lack of difference can be confusing, particularly as you delve into the realms of the internet. The interchangeability of the terms used to describe the tulip tree/poplar might imply that the two trees have different genera and thus require different kinds of care. Instead, the care routine you use to tend to a tulip tree is virtually identical to that you'd use to tend to a poplar, as the trees are one and the same. You'll need to get this routine down pat, though, if you want your tulip tree to thrive.

Tulip trees and poplars are considered flowering trees. The trees thrive in sunlight. You can classify the tulip tree further as a deciduous tree, meaning that you can expect its leaves to fall in autumn and then regrow in the spring.

Subspecies of tulip trees/poplars can be found all across North America. You can also find variants of the tree in China and Vietnam. The tree thrives in Zones 4 to 9 but can be cultivated in nearby areas with proper care. 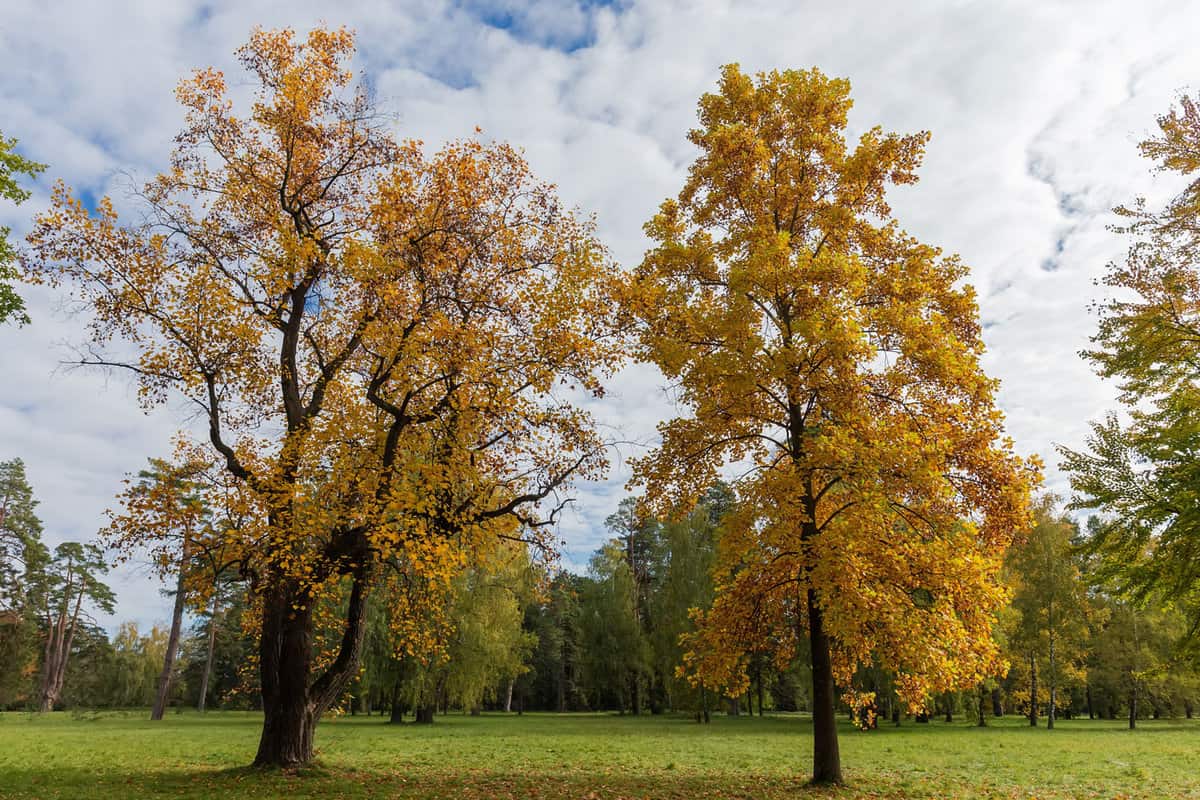 There may be genetic distinctions between tulip trees and tulip poplars, but the two species tend to have similar needs. For example, tulip trees thrive in full sunlight and need only a little interference from gardeners as they begin to take root.

If you are growing a tulip tree from a sapling, understand that it may take up to 15 years before your tree begins to bloom. During that time, you need to make an effort to protect your tree from deer and other herbivores, as their voracious eating habits might stunt your tree's growth.

Tulip trees can grow to be up to 120 feet tall, as their genus dictates that they are to be exceptionally large. As deciduous trees, tulip trees will flower in the spring once they reach flowering age and then lose their flowers as the weather warms. You can also expect a tulip tree to drop its leaves in the fall and then develop buds when spring returns.

Tulip trees are notably drought resistant, but that doesn't mean you should neglect to water your tree, particularly in its youth. Consider planting the tree in water-controlling soil and watering it twice a week, barring the arrival of any rain.

You should cultivate a watering schedule that factors rain into your tulip tree's care until the tree is large enough to stand on its own without swaying in the breeze. If you're feeling cautious, you can plant your tree in a positive-grade location to protect it from water runoff.

What Types Of Tulip Trees Are There? 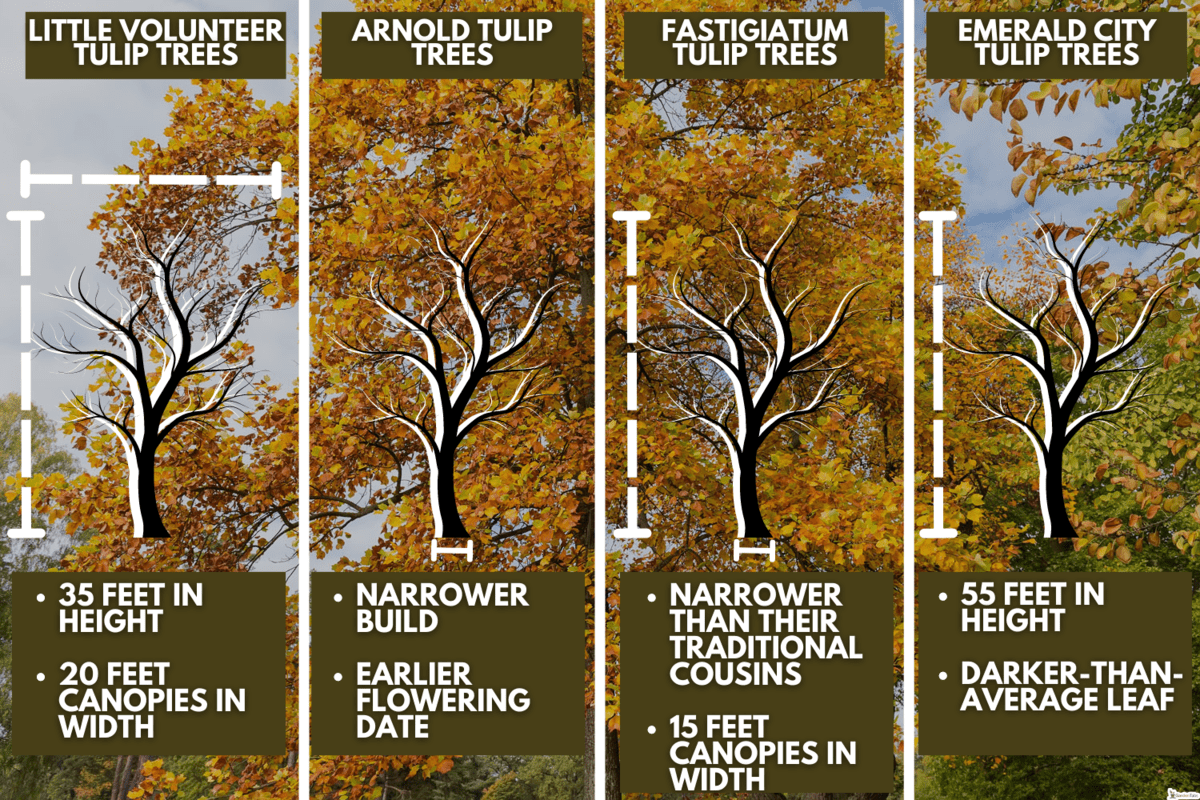 While there may not be a difference between tulip trees and tulip poplars, there are several different kinds of tulip trees. Some of the most common to see in North America include:

You can work with representatives at your local nursery to find the variations on the tulip tree that you want to foster in your yard.

Tulip trees are not inherently better than tulip poplars, nor vice-versa, as there is no difference between the two growths.

While the name by which you refer to a tulip tree may differ depending on your mood or the sales pitch of a nearby landscaper, you will not be able to identify any distinguishing features that separate a "tulip poplar" from a "tulip tree."

How To Tell The Difference Between Tulip Trees And Tulip Poplars 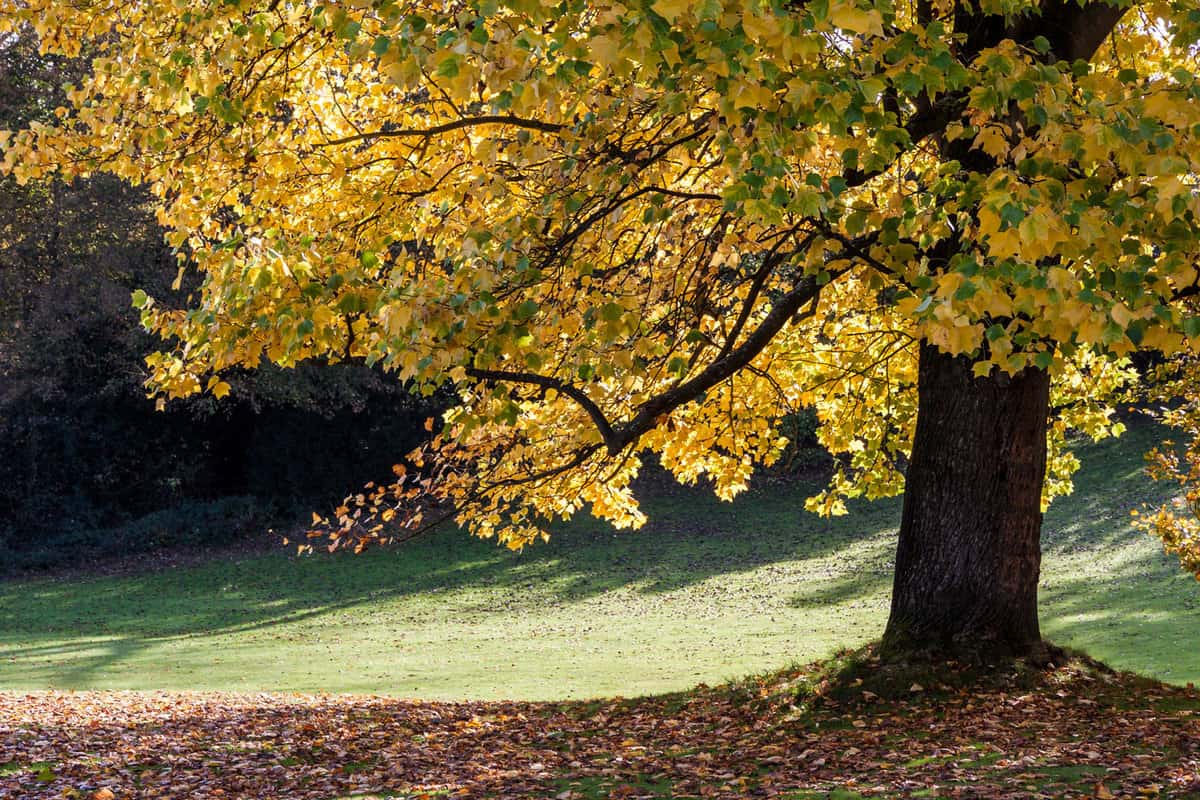 There are no visual differences between tulip trees and tulip poplars, as they are the same kind of tree. That said, tulip trees have certain identifiable features that can help you pick them out of a larger forest.

Many of these features develop with age and may take a bit of study to identify. With practice, however, you can become a pro at identifying the tulip trees (and poplars!) in your area.

Neither tulip trees nor poplars begin flowering until they're at least 15 years old. As such, you can't rely on the tree's trademark white and yellow flowers to give them away until they've established themselves in your yard.

You can, however, look to the shape of the tree's canopy for guidance. Tulip poplars and trees tend to have pyramidal or conical canopies. This means that these canopies will be wider at their base than they are at their tops.

You can also look at the shape of a tree's leaves to determine its species. Tulip trees and poplars boast rhomboid leaves, meaning that the leaves come to a flat end before breaking off into lobed points.

These trees tend to have between two and four lobes at their "points," but can develop additional lobes toward their stems.

Finally, if you're contending with an older tree, consider its height. Tulip trees and poplars are among some of the tallest magnolias in North America. If it appears that the tree your looking at vastly dwarfs those around it, you're likely contending with a member of the tulip family.

What Other Plants Can Tulip Trees And Poplars Be Mistaken For? 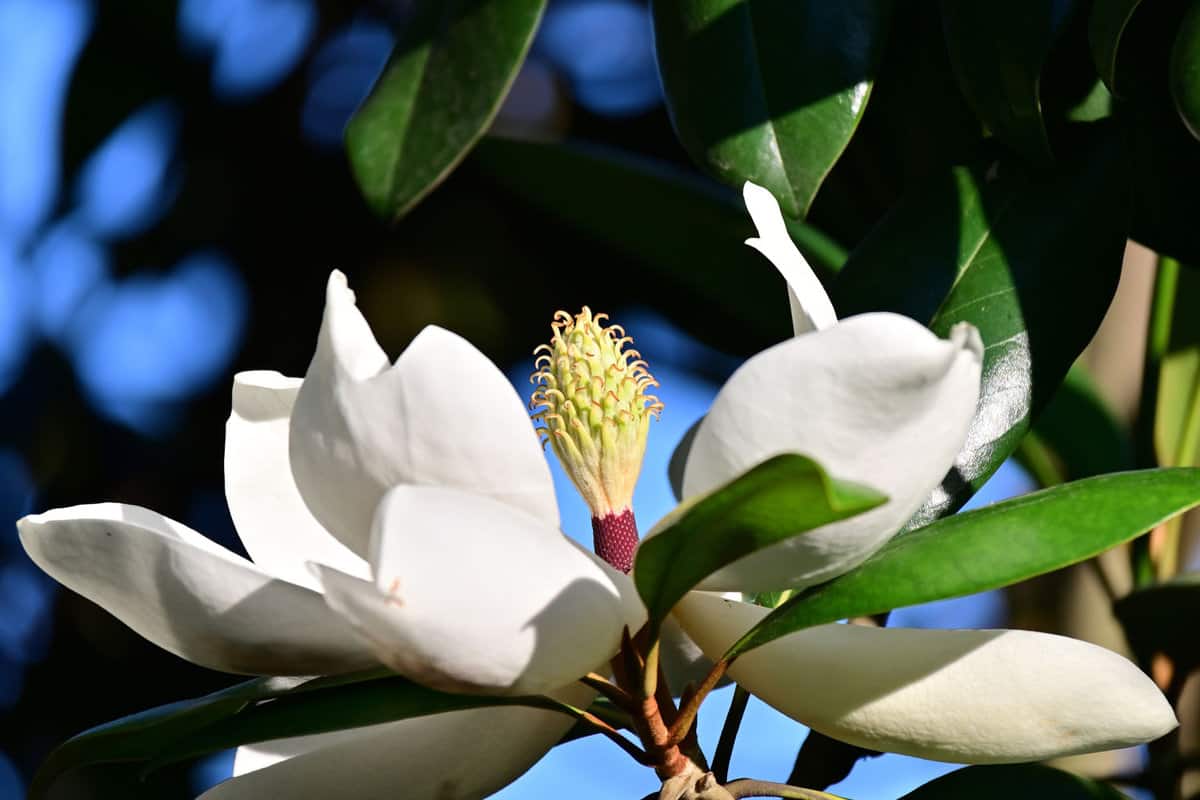 If you can't find a tulip tree or tulip poplar sapling to plant in your yard, don't panic. Both of these growths boast look-alikes that you can plant in their stead.

For example, it's all too easy to mistake magnolia trees for flowering tulip trees and poplars, particularly in the spring. If you want to plant a tulip magnolia, you can enjoy tulip-like blooms while testing your horticultural skills on a tree of another genus.

Read more: Magnolia Bush Vs Tree: How To Shape Yours

Magnolia tulip trees are notably shorter than tulip trees as well, capping at 25 feet instead of 120. This height difference can help you distinguish between tulip magnolias and both tulip trees and poplars.

It also, however, may make a magnolia tulip more appealing in a yard that doesn't allow as much space for the massive tulip tree to take root.

There is a chance that passersby might also mistake a flowering dogwood for some flavor of tulip tree or poplar. The coloration of the trees tends to be similar in the spring, even though dogwoods are, again, notably shorter than their tulip-bearing cousins.

Note that the care routines for both magnolia tulips and dogwoods are vastly different than those needed to cultivate a tulip tree and/or poplar. You can work with landscaping professionals in your area to establish a care plan that you think might suit either of these tulip alternatives. 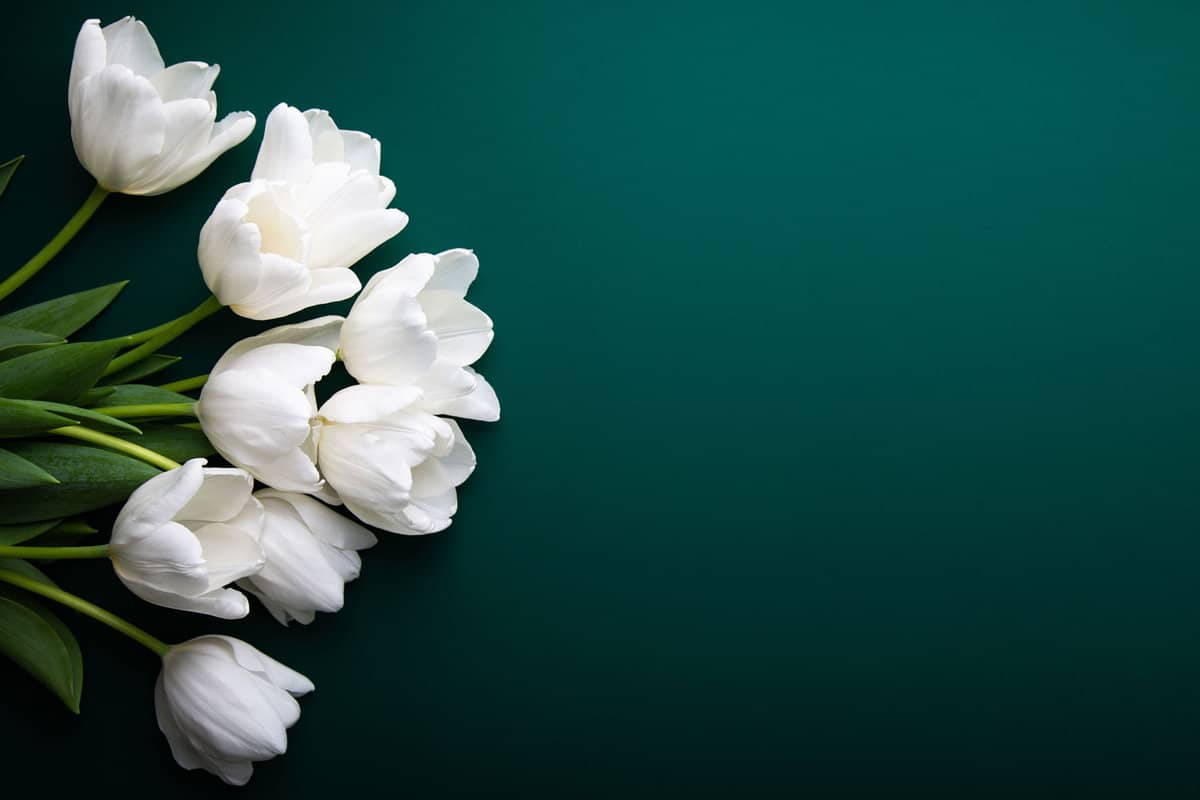 The term "tulip poplar" may make you assume that a tulip poplar is fundamentally different than a tulip tree. As it turns out, this is not the case.

The phrase "tulip poplar" describes the same kind of foliage as "tulip tree." As such, you can use the same tricks to ensure that a tulip tree thrives in your yard as you would a poplar despite the difference the names might suggest.

If you thought you planted a member of the poplar family and found out only later that tulip poplars were magnolias, don't worry. You're not alone. You can work with local landscapers to rehabilitate your tree and get it back on the path to proper growth. With lots of sunlight and careful watering, it's easy to help both tulip trees and tulip poplars thrive in your yard.