Realizing one of the plants in your garden has grown past its limits can feel frustrating. Do you have a rapidly spreading hosta plant and have no idea how to stop it? Is there a way to keep a hosta from multiplying or getting bigger without harming it?

We have the answers to these questions and many others below.

One of the best ways to stop hostas from spreading is to cut your plant back. Generally, you want to do this as spring begins, when the new growth on your hosta will be easiest to see and manage.

In addition, if your hostas become too large, you can also divide them in the early fall, so there are a few ways to keep your garden in order.

As we start this post, we will cover all things hostas and discuss how to stop them from spreading. Whether you're new to this species, have a plant you can't handle, or need other related help, we're here for you. With that said, let's dive right in! 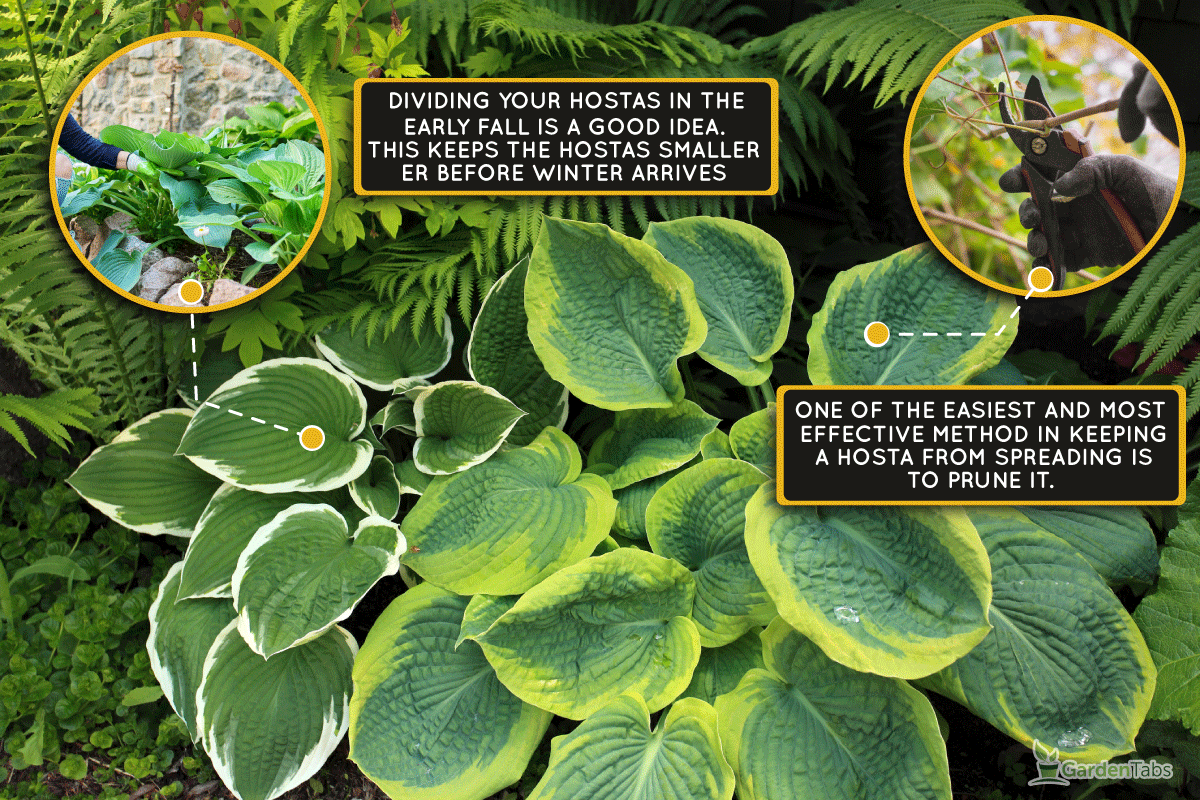 How Do You Keep A Hosta From Spreading?

One of the easiest and most effective methods for keeping a hosta from spreading is to prune it. As we mentioned, you want to cut back your spreading hosta during the early springtime.

Doing this will help prevent excess growth during the peak spring season, which should keep your hosta at bay. Considering this plant will begin to show new growth as the weather warms up, you can take a pair of garden shears and shape your plant to the desired size.

Furthermore, it might also be a good idea to divide your hosta towards the fall (August is best), which will keep it smaller before winter.

Clemson University recommends waiting until the flowers on your hosta fade before dividing it, so that's something to remember.

With that said, every hosta will grow at a different speed, so you may not need to do heavy pruning very often or at all. 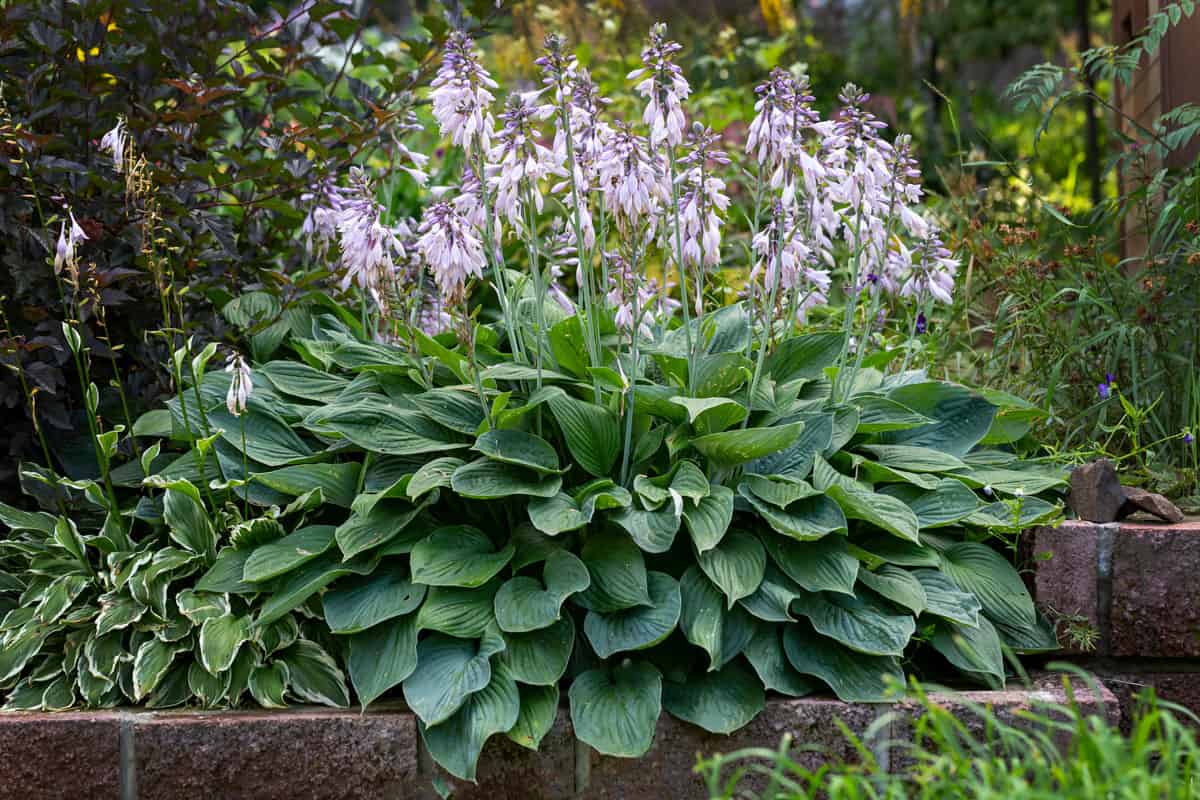 How Much Should You Prune A Hosta?

Although this can depend on the size of your plant, it's generally better to cut back a hosta to a few inches from the ground. Typically, you want to wait to do significant pruning until your plant is no longer growing, as this can stunt it.

You can also take a more gentle approach, removing only the foliage that is yellowing or growing past the area you want it to. Hostas are pretty hardy, so a little trimming shouldn't cause any damage.

According to Plant Addicts, you want to wait to do any major pruning until after the first frost. During this period, your hosta will be dormant (or partially dormant if you're somewhere warm), so try to hold off until then.

As we said, you can trim new growth on a hosta as spring hits, but this shouldn't be significant. Avoid removing too much from hostas in the spring, as this can kill them.

It's also a good idea to add fresh mulch around the base of your hosta after trimming it, as this will help lock in moisture and nutrients into the soil.

How Fast Do Hostas Grow?

In general, you can expect hostas to grow relatively fast. Although these plants are smaller and closer to the ground, it's common for a hosta to reach mature size after 3-5 years.

That said, a mature hosta will be roughly one to three feet tall, so it doesn't become too large. However, a hosta can spread a bit, often reaching three feet across.

Think of this species as one that becomes as wide as it is tall. So, if you need to keep a hosta in a specific area of your garden, it's essential to be mindful of spreading.

NH Hostas claims that larger hosta varieties will grow slower than smaller ones, so if you don't want to do as much pruning, we recommend finding a smaller option.

Although this can vary by variety, hostas tend to multiply somewhat quickly. Usually, a hosta will produce around 20 offshoots each year if it's fast-growing, while a slower plant may only have four.

As we mentioned above, larger hostas tend to take longer to mature, so you won't usually see much multiplying from them.

On the other hand, smaller hosta varieties can rapidly spread and multiply, hence why routine pruning is imperative. Hostas also respond differently to climate and ground conditions, so if they're in an ideal setting, expect more multiplying.

Many experts also claim that hostas with rhizomes (horizontal underground roots) tend to multiply more than those without, so that's another thing to be aware of.

Again, every hosta is unique, so you might have to adjust your pruning and care routine to your plant's growth pattern.

Can You Cut Hostas All The Way Down? 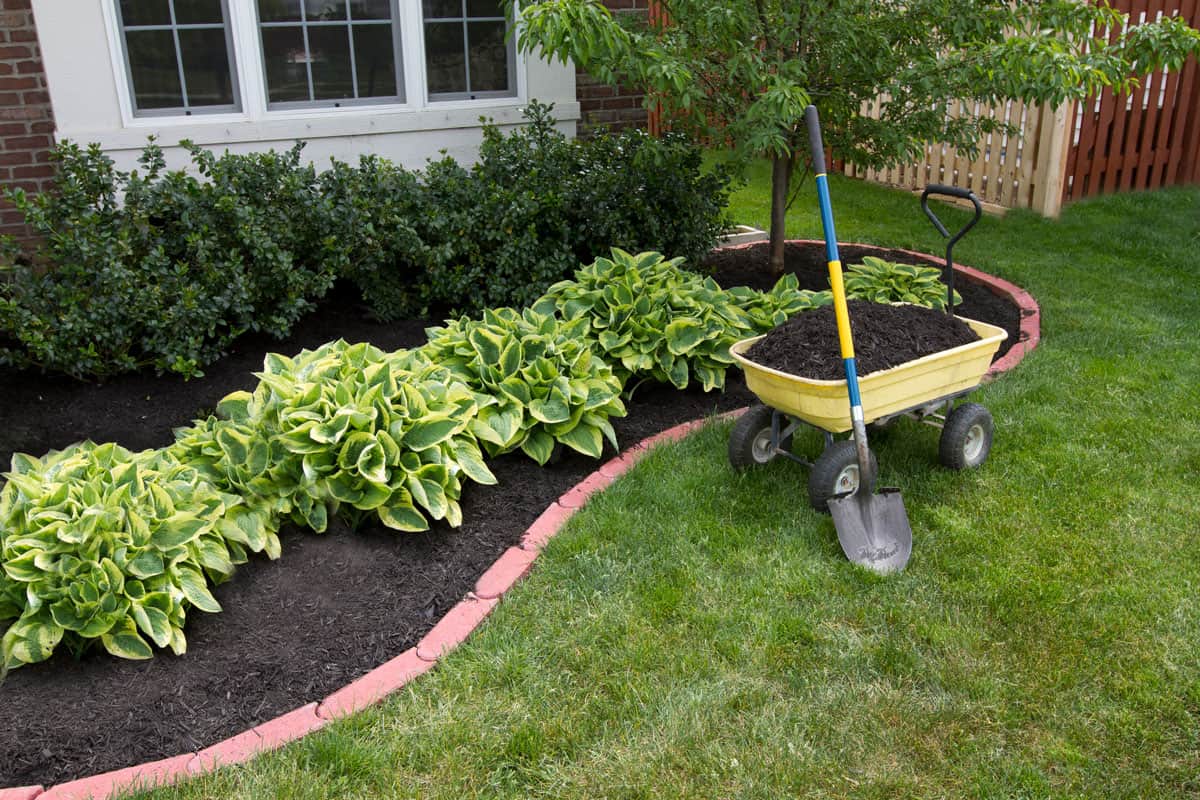 Although you can try and combat spreading this way, we don't recommend cutting down hostas to the ground. Generally, trimming your plant down to about 2-3 inches is sufficient, so any more can be damaging.

Remember, your plant will respond well to minor pruning throughout the year, so there's no need to get crazy in one sitting. Cutting down a hosta to the ground increases the chances of it dying or getting sick, which nobody wants to encourage.

Instead, try to divide your plant in the fall or give it a slight pruning in the spring.

Like any species, hostas prefer slow and steady trimming and shaping versus dramatic change in one session. You can also use a simple pair of gardening shears to do this, so there's no need for large equipment.

These premium bypass pruning shears are eight inches, feature a dropped forge body and handle, have a titanium steel blade, are non-slip, can cut up to 3/4" diameter branches/foliage, and come pre-coated.

View these pruning shears on Amazon.

Can You Over Prune Hosta?

Yes, it is possible to overdo it with your hosta pruning. Generally, you don't need to trim back this plant species more than once or twice annually, so keep that in mind.

Even though cutting back on your plant may seem helpful, doing this too much can affect its health. As we said earlier, hostas respond well to light pruning in the spring, heavy pruning after the first frost, and dividing in the early fall.

So, if you decide not to follow these recommended timelines, there's a greater chance your hosta will get sick or even die. The key here is being gentle, training your hosta to grow a certain way, and keeping your pruning light and gradual.

Are Hostas An Invasive Species? 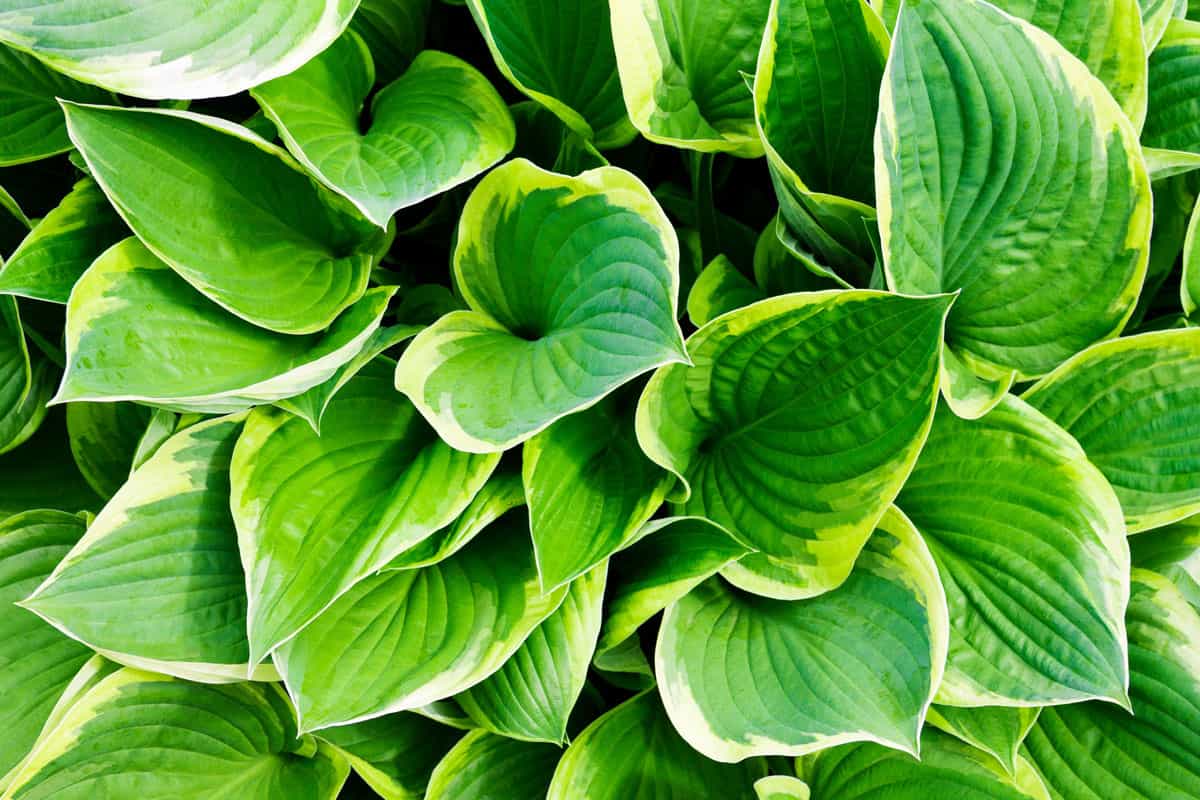 No. Hostas will not usually show invasive behaviors in your garden. Although this species isn't native to midwestern US growing zones, hostas are more prevalent throughout that region.

However, you shouldn't see your hostas attack other nearby plants or become aggressive. According to Purdue University, hostas, although not native to midwestern territories, will grow harmoniously with other native and non-native species.

The same goes for hostas in native growing locations, so this plant shouldn't create any problems overall. That said, if your hostas begin spreading to other areas of your landscaping, that's when they could show some signs of invasive behavior.

Luckily, this can be remedied with good pruning, so there's no need to panic.

Are Hostas Native To The United States?

Although hostas are somewhat of a US staple, this species is not native to the country. Instead, hostas originated in Asia, specifically Japan, China, and Korea.

Furthermore, hostas came to the United States via European trade sometime during the 1800s, hence why you can find them nearly everywhere.

As we said above, hostas, although not technically native to the USA, won't be invasive in your yard. Therefore, you can safely grow them alongside other native species without worrying about an invasion.

You might also know hostas as 'Plaintain Lilies,' so they're very common in garden landscapes.

How Long Do Hostas Live? 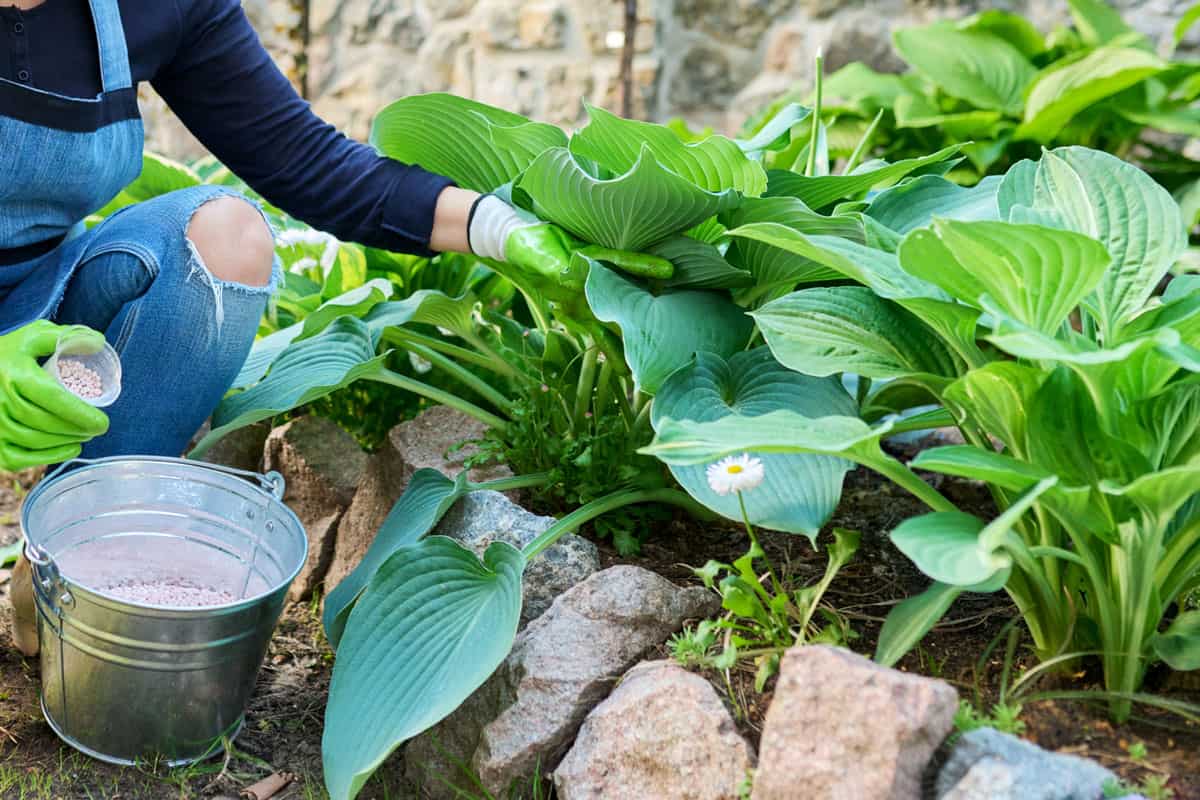 One of the main draws to growing hosta is this species' long lifespan. Generally, you can expect a hosta plant to live upwards of 30 years on average.

Considering this species doesn't require much attention or upkeep, growing hostas can be a super easy task. These ground-covering plants also thrive in shadier gardens, perfect for those with trees or structures blocking the sun.

Many experts recommend growing hostas in 'dappled' shade, meaning there's a bit of sun on and off throughout the morning and afternoon.

Again, as long as you keep your hostas watered and maintained, they should live for quite some time.

Are Hostas Easy To Care For?

Yes! Growing and caring for hostas is generally an easy thing to do. As we mentioned, hostas don't require much TLC or pruning if you grow them in larger spaces, so that's perfect for people with busier schedules.

Usually, hostas don't need divisions, so you shouldn't have to do this unless necessary.

According to Port Kells Nurseries, hostas look and grow their best when you leave them alone, so that's something to remember. 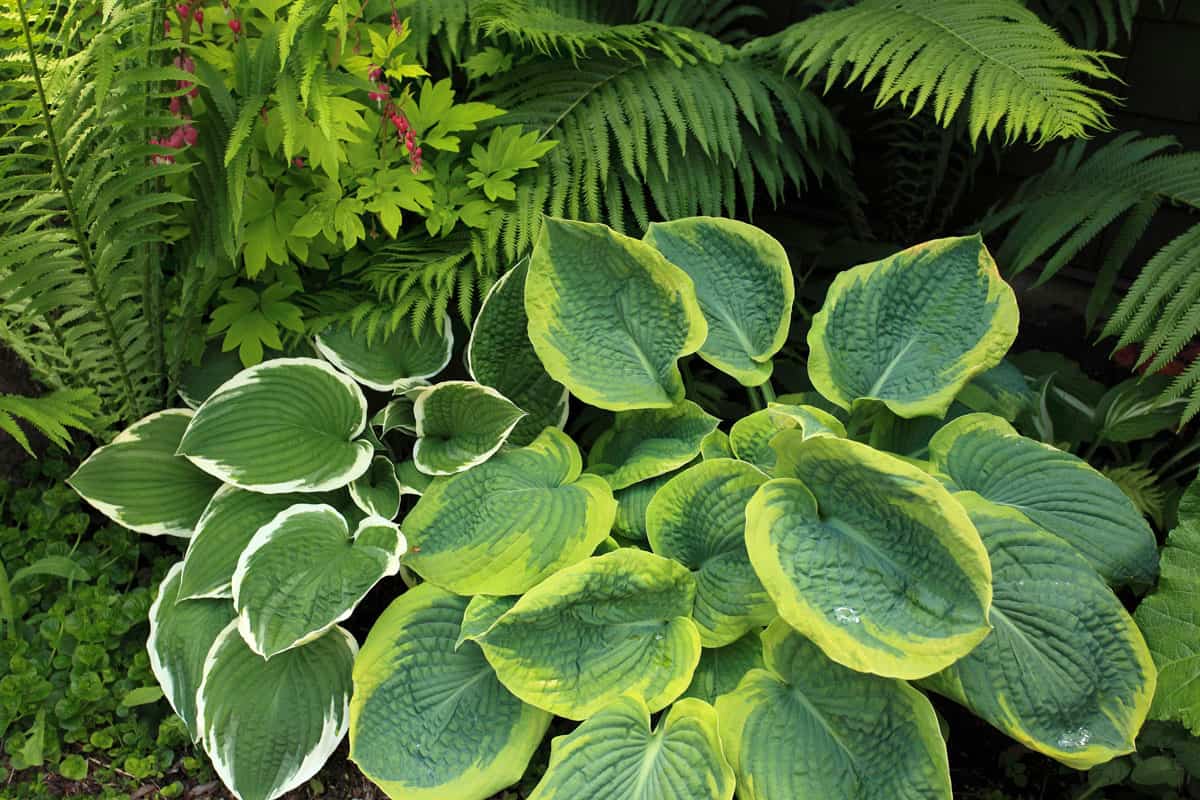 Whether you have hostas growing in your garden or want to plant them, it's always good to know how to keep them at bay. From what we found, you can stop hostas from spreading by pruning them in the springtime or dividing them in the fall.

You may even want to cut them back to 2-3 inches from the ground after the first frost, although this can send your hosta into shock. It's generally better to treat hostas with gentleness rather than prune them severely at once.

Made it to the end? Check out these super helpful gardening articles below!

Can Hosta Grow In Water? [And How To]

Do Deer Eat Hostas? [And How To Prevent It]