Today we're here to discuss one of the most putrid-smelling, unusual plants in the world...the corpse flower. Did you guess it?! Not only is this jungle species unusual physically, but it also has an incredibly random blooming period.

Before we get too serious, let's discuss the basics of the infamous corpse flower. First, this flower is native to the equatorial rainforests of Sumatra, Indonesia.

People first discovered this mega-plant in 1878, so we've known about this smelly monster for a while. Specifically, we can blame Italian botanist and explorer Odoardo Beccari for finding and spreading this flower back in the day. 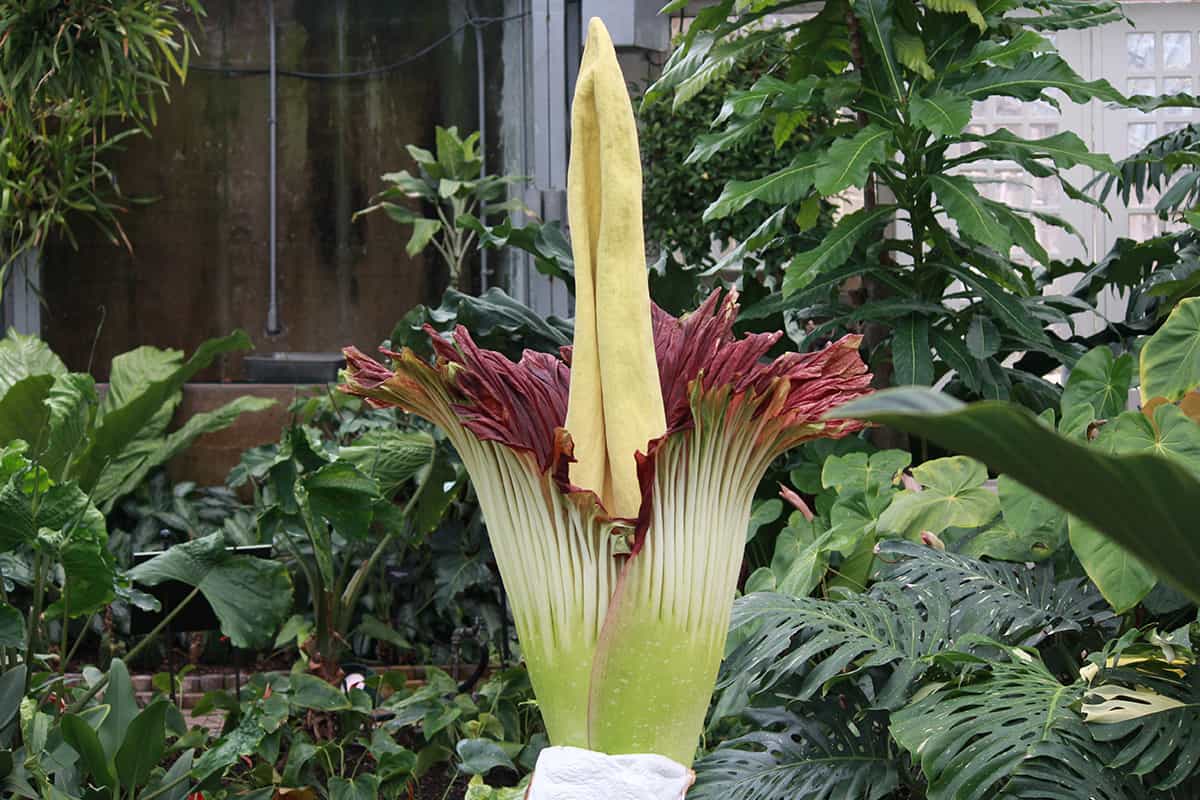 The corpse flower is odd to look at and feels almost human. Many explorers describe feeling the spadix of a corpse flower as "filled with blood" and even having a heartbeat if you stick around long enough.

Yes, that is horrifying, and we also have a close-up video of the blood-filled center in question:

Not even the soothing voice of the narrator makes this feel better to watch. We'll leave this species' actual texture and apparent pulse to the imagination.

Many nature enthusiasts find themselves gawking at the corpse flower in various gardens worldwide, but we're yet to see someone actually enjoy being around one.

Will you be the first person ever to love this plant for all its imperfections?

The Eternal Petal: A Tribute To The Corpse Flower

Now the elephant in the room is not only this flower but why it has its name. As we mentioned, the corpse flower (also referred to as the Titan Arum) smells like death.

Many people describe this plant as the closest thing to hell they've experienced (we'll trust them), so it's not the same as running through a field of regular wildflowers.

To paint you a picture, the corpse flower smells closest to rotting human flesh. Yes, you read that perfectly: ROTTING HUMAN FLESH.

Most of us don't smell that routinely, but if you've ever been near roadkill, we'd say it's similar. North Carolina State University studied these vile flowers and found that the smell is arousing for carrion beetles and flies.

These insects also pollinate the corpse flower, causing it to smell even worse (if that's possible).

Imagine having one of these plants in your garden. While we're no fan of the HOA, we'd understand the threatening letter taped on the door and side-eyeing from the neighbors.

Here's a TikTok video explaining what smell you can expect from the corpse flower and what it looks like before blooming:

The Rare And Elusive Corpse Flower: How Often Does It Bloom? 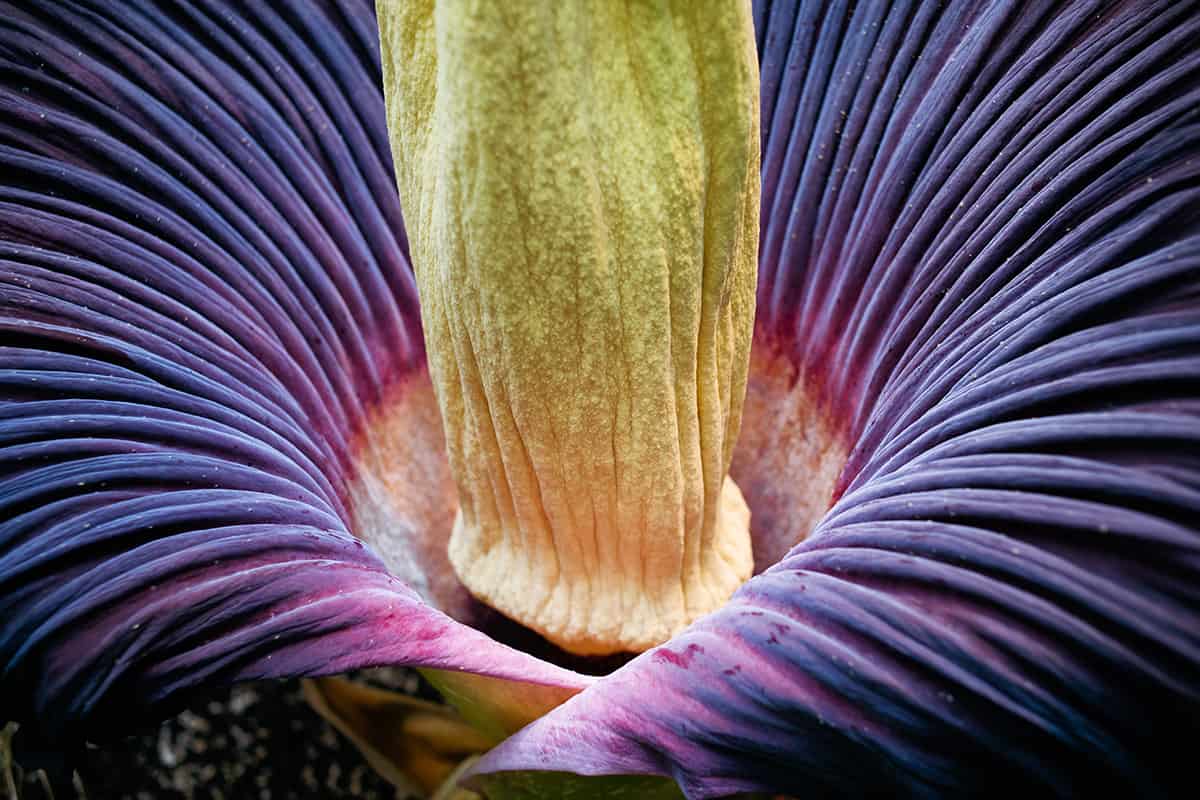 The corpse flower is an odd species for so many reasons. One of the more unique traits of this flower is that it doesn't have a set blooming schedule.

However, after various studies on this plant, you should expect a corpse flower to open up and smell up the nearby area every 7-10 years.

To put this in perspective, the Cleveland Zoological Society has its own corpse flower they monitor, and here's how often it has bloomed during its 28-year lifespan:

So, you can see that the corpse flower in Cleveland seems to be a frequent opener. We are hesitant to celebrate because of the whole rotting flesh thing, but good for them.

Here's an overly dramatic timelapse of this process from YouTube:

Even without the classic timelapse soundtrack, you can see how magnificent this plant is. Yes, the corpse flower takes years to bloom: but we'd say that's for the best.

An Encounter You'll Wish To Forget: Touching The Corpse Flower 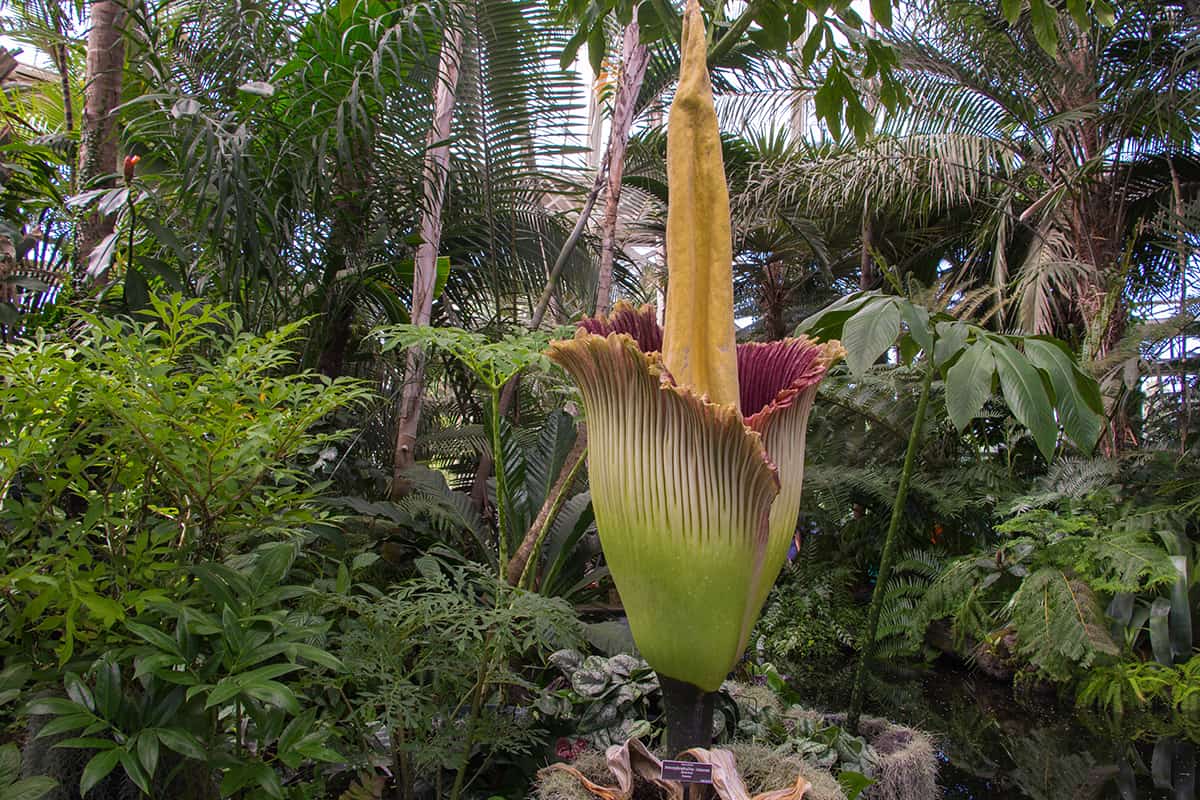 Let's say you get a wild hair and decide to touch a corpse flower. As we covered earlier, many explorers and daredevils describe this plant as having a human pulse filled with a blood-like substance.

If that sounds appetizing to you, please stop. Although the corpse flower won't swallow you whole, the experience of touching and smelling it is a harrowing effort in itself.

This monolith species has an extremely large build, close to 12 feet tall. Once it opens, you can expect a similar spread, about two grown men laid across the ground.

The inside "tuber" or corm of the corpse flower also weighs roughly 300 pounds, which is shocking to think about.

So, if you go ahead and ignore everything that we just said: good luck.

A word of advice from us: please watch a video on this flower rather than an adventure into a jungle to feel its human-like structure (but if you do, please tag us). 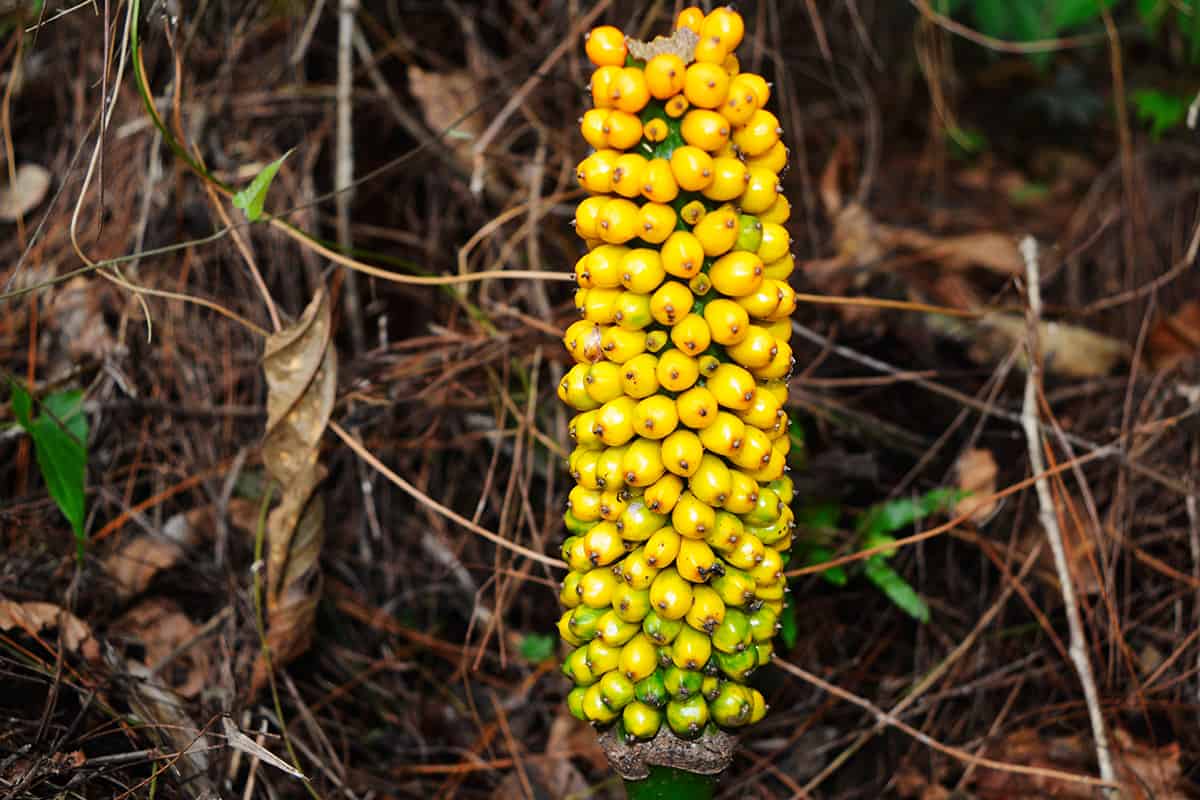 Overall, the corpse flower is a poisonous species. Besides smelling awful, this mega-plant produces fruit that is poisonous to humans.

However, the corpse flower is pretty human-friendly (besides how it looks, smells, and is), so you aren't going to risk your life viewing or even feeling it.

So, if you want to stare intensely at the fruit on a corpse flower, this is perfectly fine AND WEIRD.

Please do not try and eat this bright reddish fruit because we need you to stay alive and finish reading our article. 🙁

The Corpse Flower: Forever In Our Hearts (And Noses)

We'd LOVE to hear any weird stories you have regarding this species, so don't be afraid to leave us a comment below! Can we all be friends?