Choosing the right mulch for your yard is an important decision to make. Ideally, you want your yard to look nice and be a comfortable space. This might lead you to wonder about rubber mulch, how well it works, and whether or not it is right for your yard. Look no further! We have all of the answers pertaining to the ins and outs of rubber mulch.

Rubber mulch is made of synthetic rubber tires and is great for any yard that is not going to be used for growing things to eat. Some pros include that it is long lasting, it does not get blown away or washed away easily, and it helps stop weeds from growing. A few cons of using rubber mulch are that it can get stinky, it has the potential to release heavy metals and chemicals which isn't ideal, and it is not easy to get rid of.

Is Rubber Mulch A Good Idea?

Rubber mulch is a good idea in a lot of scenarios. It is great for playgrounds or spaces where kids will be playing. Something helpful about using rubber mulch is that birds will not come and carry it away to add to their nest. In comparison to wood mulch, termites will not invade it, so that is another positive. 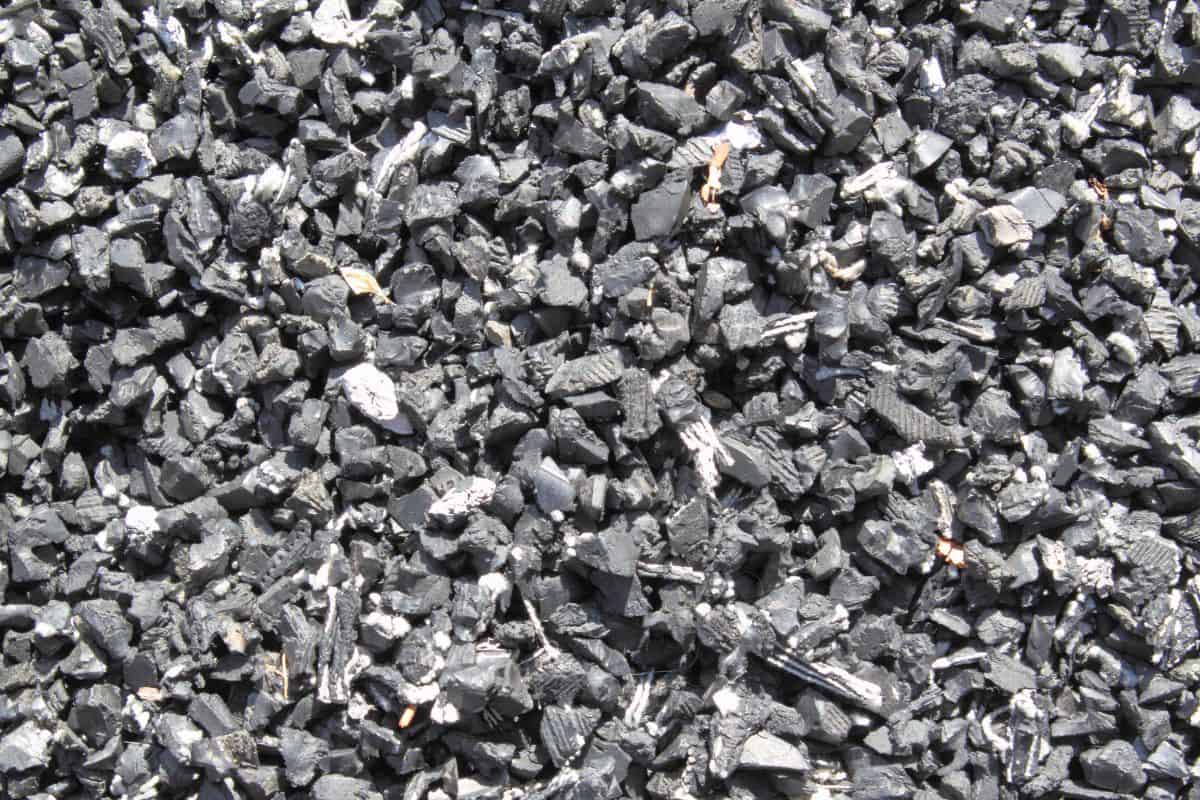 One benefit of rubber mulch is that it long outlasts other mulch options. It lasts approximately 10 years, which is about twice as long as wood mulch lasts without losing its color.

Another plus side is that it does not attract roaches, mice, or other pests. They tend to prefer organic mulch. Unlike wood mulch, rubber mulch does not attract carpenter ants either which is another pro.

Rubber mulch might be the right choice for your yard if you are not going to grow anything that you intend to eat, if you want something that is going to last many years without fading or needing to be replaced, and if you live somewhere with a relatively low fire risk.

Whenever it rains, water passes through rubber mulch. This is an advantage because the soil below gets all of the water.

You have to consider the fact that most organic mulch absorbs water which is not ideal. A few examples of organic mulch are wood mulch or mulch made of tree bark, straw, leaves, pine needles, or compost.

Another benefit of using rubber mulch is that it can help keep weeds at bay. It does this by trapping weed spores and seeds that are caught from flying through the air then they dry out before they are able to make an impact.

If weeds already exist in the soil before rubber mulch is laid down, that's a different story. The most effective method would be to get rid of the weeds before you lay down rubber mulch initially.

Rubber mulch is low maintenance, which is always a pro when it comes to gardening. If you have plant life surrounded by rubber mulch, the rubber will help retain heat which keeps your soil warmer longer. This can make the growing season last longer, so that is definitely a pro associated with using rubber mulch.

One more advantage to using rubber mulch is that you do not need as much of it as you would if you were using other mulches that are organic.

Organic mulch breaks down, but rubber mulch does not. Not needing as much rubber mulch makes this option more cost effective over time. It also does not tend to get washed away or blown away like straw mulch or wood mulch can.

What Are The Downsides Of Rubber Mulch? 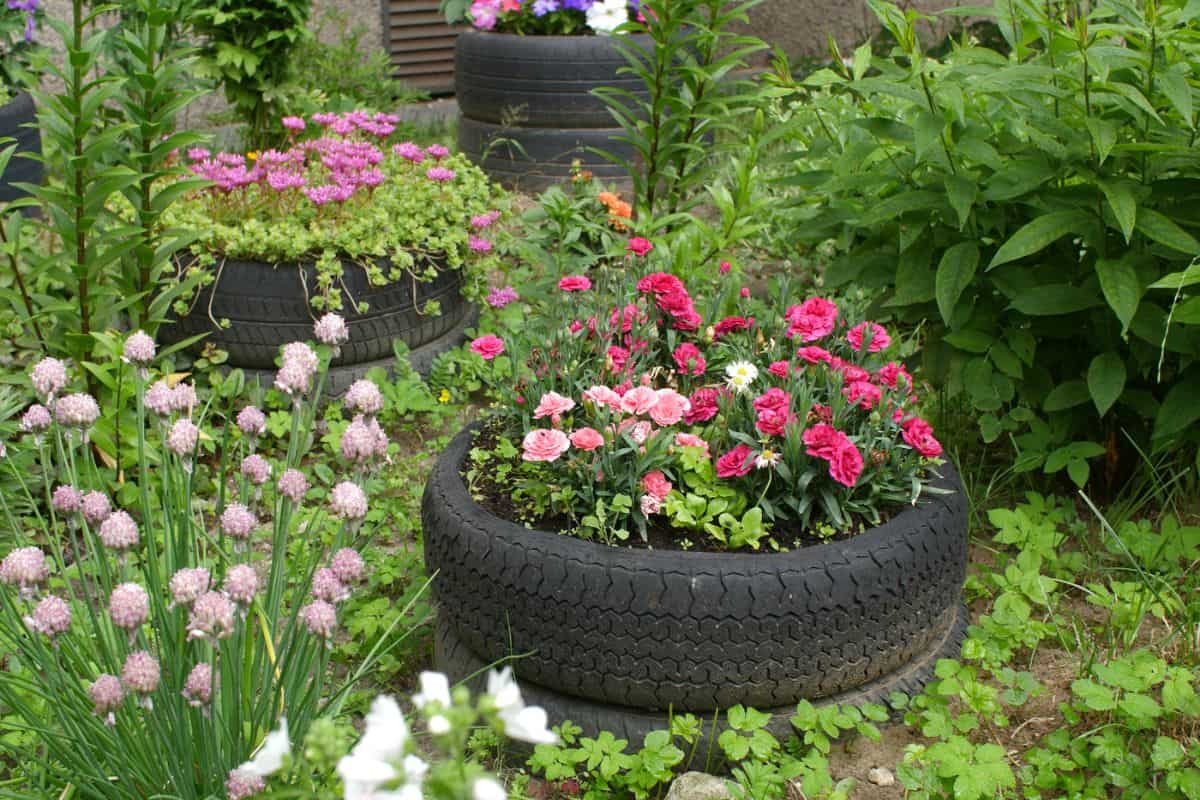 There are a few disadvantages when it comes to rubber mulch. It is quite a bit more expensive than wood mulch. The thing is, however, it lasts several years longer, so the expense is worth it in the long run if you have the money to spend.

Some people think rubber mulch begins to smell bad when it is heated up by the sun. This is due to the chemicals that are released from synthetic rubber.

The smell doesn't bother some people, and it doesn't smell at all when cool. But if you have ever noticed and disliked the smell at a park that has rubber mulch, then it might not be the best choice for your yard.

Another downside is that, because rubber mulch is made out of synthetic rubber tires, it has chemicals in it. There are also heavy metals left behind even after the steel bands have been removed.

These heavy metals might leak into the soil and groundwater below which isn't the best thing if you have animals nearby. 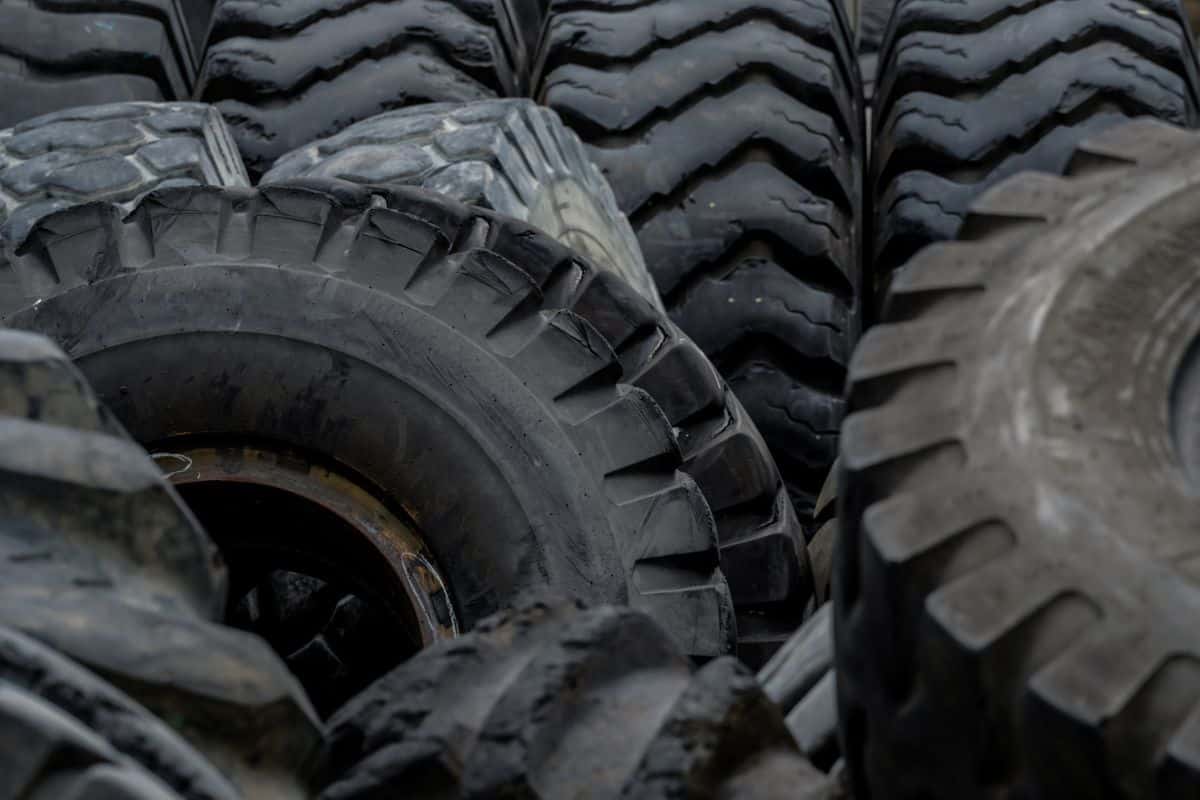 Rubber mulch can be a fire hazard which is a significant drawback; it burns faster than wood mulch. If you live somewhere with a high fire risk, then you may not want to use rubber mulch in your yard.

Another con of using rubber mulch is that it is not organic. The problem is that there are chemical residues in the rubber that have the potential to negatively affect your plants. If you want to plant something that you or your family intend to consume, you should avoid rubber mulch in that area.

Lastly, rubber mulch is not easy to get rid of after it has been laid down. If you like to change the mulch in your yard often, then rubber mulch may not be right for you.

It can last up to 10 years, so if you plan to leave it alone, this shouldn't be a problem. Lay down landscaping fabric between the soil and rubber mulch for the best results.

Click here to see this landscaping fabric on Amazon.

Does Rubber Mulch Cause Mold?

Even though rubber doesn't mold, it is susceptible to certain fungi known as white rot and brown rot. This is because of the chemicals in the rubber.

Is It Better To Use Rubber Mulch Or Wood Mulch? 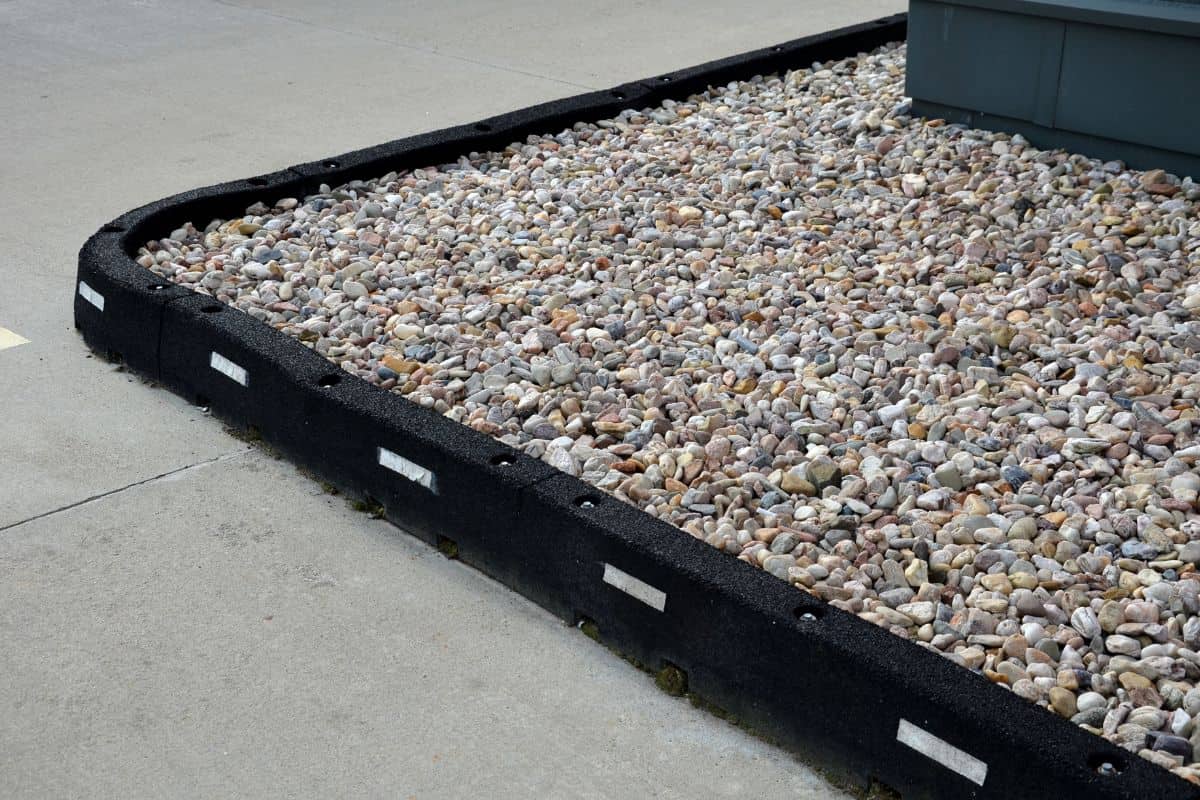 Rubber mulch is quickly becoming the more popular option for playgrounds. It is spongy and safe for children to run or accidentally fall onto.

Wood mulch and rubber mulch are both sustainable products. You can choose which one you like the look of more if that is what you care about the most. Otherwise, rubber mulch lasts longer and is worth the money in the long run.

The Impact Of Where You Live

When it comes to rubber mulch, where you live has a lot to do with whether or not it is right for your yard. If you live somewhere that experiences higher than average temperatures, then you run more of a risk of the rubber getting heated up and stinking or potentially catching fire.

Then again, if you live somewhere with average temperatures, then you probably do not need to worry about this aspect.

There are several advantages of using rubber mulch which include that it lasts up to 10 years, helps stop weeds from germinating, it is not absorbent, and it does not decompose, so there is not as much of a risk for mold as there is with organic mulch.

As for disadvantages of using rubber mulch, it is significantly more expensive than wood mulch, it can potentially be harmful to plants, rubber mulch is difficult to get rid of, it is not organic, is a fire hazard, and might stink when it is heated up by the sun.

Does Cedar Mulch Repel Bugs? How Effective Is It?

Can You Mix Mulch With Soil?

pros and cons of rubber mulch

Rubber footing, also known as rubber mulch, is a popular gardening and landscaping material that can be used as a filler for equestrian arena footing grids. Learn more https://www.performancefooting.com/blog/pros-and-cons-of-rubber-mulch/