Orange trees are susceptible to a variety of diseases, including white fungus. Given the right conditions, fungi proliferate, considerably damaging the tree. We have researched why your orange tree is infected and what to do about it.

Powdery mildew is a common white fungus that infects orange and other citrus trees. The plant disease is caused primarily by high humidity, poor air circulation, and lacking sunlight. Remove all infected foliage and apply an all-purpose fungicide.

In the event of a severe infection, orange trees will weaken, grow slower, and be less productive. The article includes a brief overview of the disease, its causes and symptoms, home remedies, and ways to protect the plant against infection.

What Is The White Stuff On My Orange Tree?

Powdery mildew or white fungus is a fungal disease that affects a wide variety of plants. There are actually quite a few types of host-specific fungi, meaning they only thrive on certain plant species. Citrus powdery mildew is common in orange trees.

This specific fungi type will infect a host that provides the necessary nutrients required for its development.

White cottony growths form that would be visible on your orange tree’s leaves and branches. They can even spread on young fruits if not treated immediately.

Do not confuse powdery mildew or white fungus with citrus snow scale. While mildew is a form of fungus, snow scales are insects with a white cottony appearance. 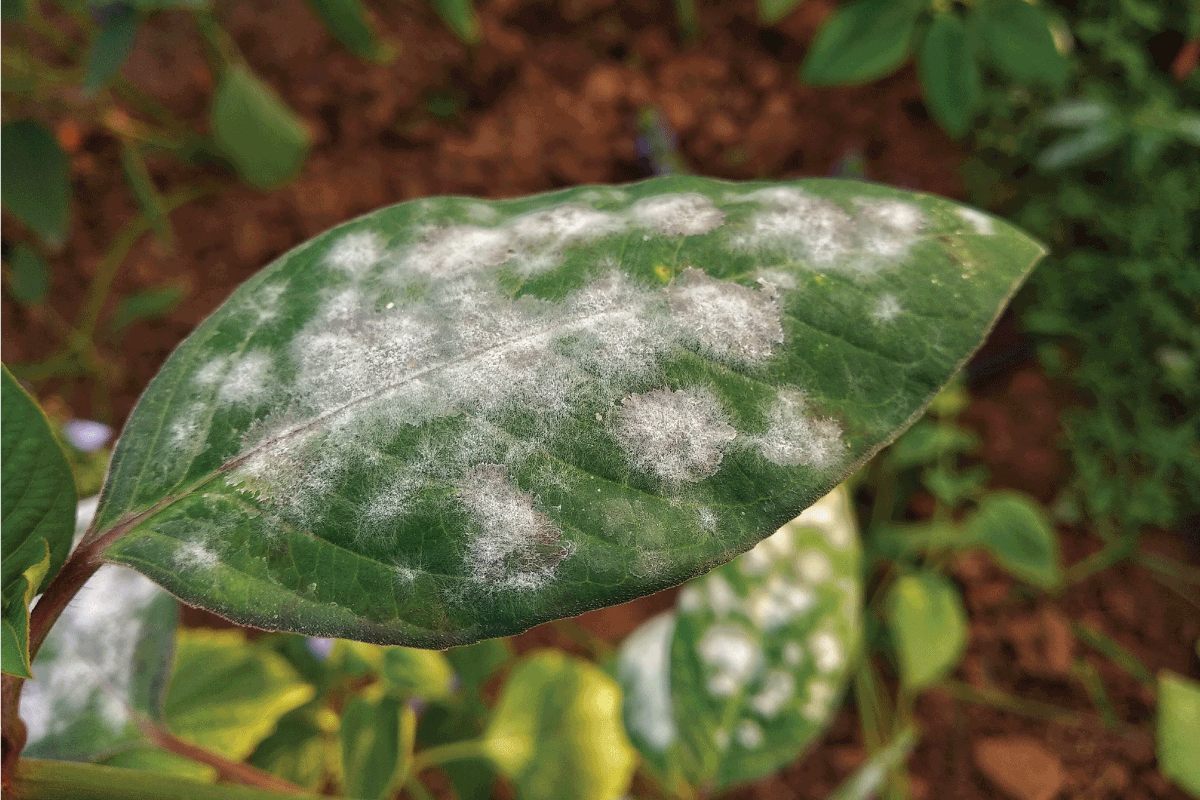 What Is The Main Cause Of Powdery Mildew?

This disease thrives in certain environmental conditions in which your tree is growing. Poor air circulation, inadequate sunlight, and high humidity levels are breeding grounds for fungi.

Thick foliage promotes poor air circulation inside the tree’s canopy. Moisture is trapped and cannot evaporate, which causes the leaves to remain moist for longer periods. Fungi begin to form and develop once exposed to this condition.

Fungi receive little UV exposure if growing in thick foliage or areas shaded by other vegetation growing close to your orange tree.

When the air is too humid, evaporation is slow. If such a situation occurs for prolonged periods, then moisture within the foliage becomes denser. Fungi favor this condition. The tree will be ultimately susceptible to powdery mildew. 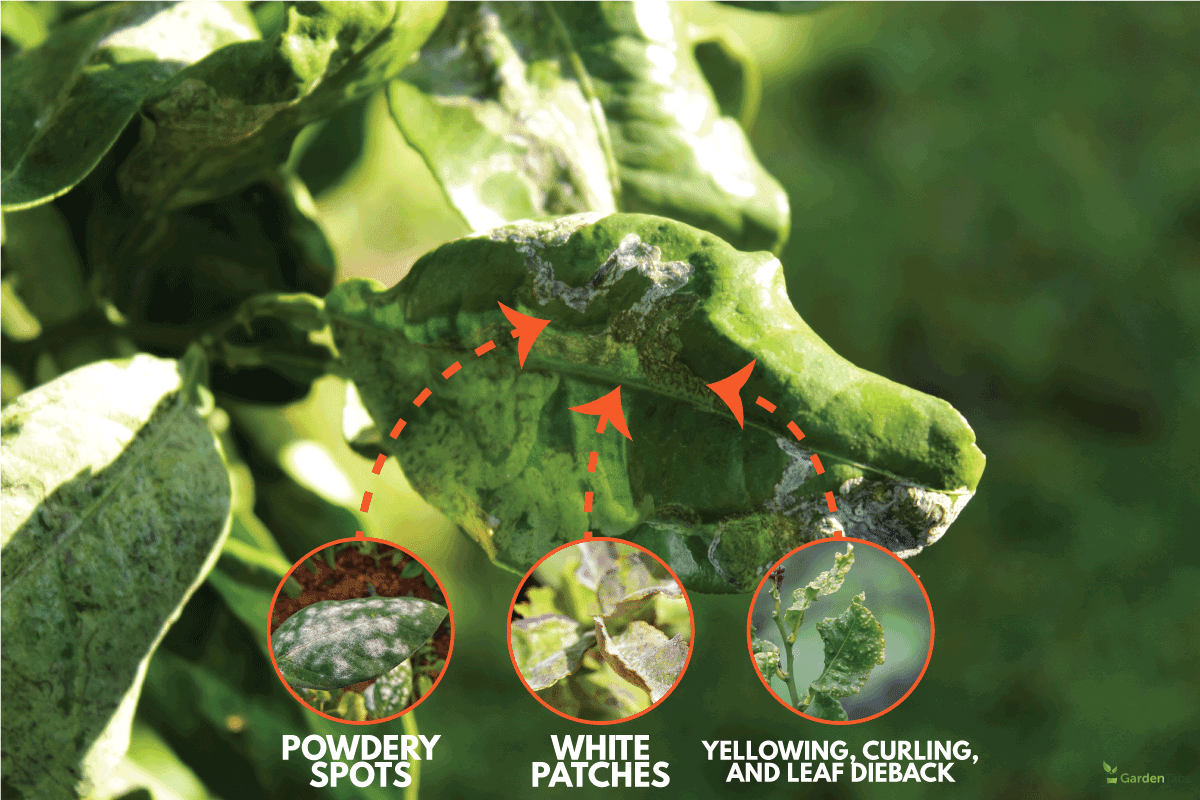 What Does Fungus Look Like On An Orange Tree?

Powdery mildew symptoms are fairly easy to identify. It is relatively important to determine any indicators as early as possible to prevent its proliferation.

During its first stage of development, the fungi appear as light gray or white powdery spots, which can be found on the leave’s surfaces. At this point, the disease is easier to control and eliminate.

Fungi will spread under favorable conditions. As the disease spreads, the spots enlarge and develop into white patches until the branches, flowers, stems, and fruits become infected. 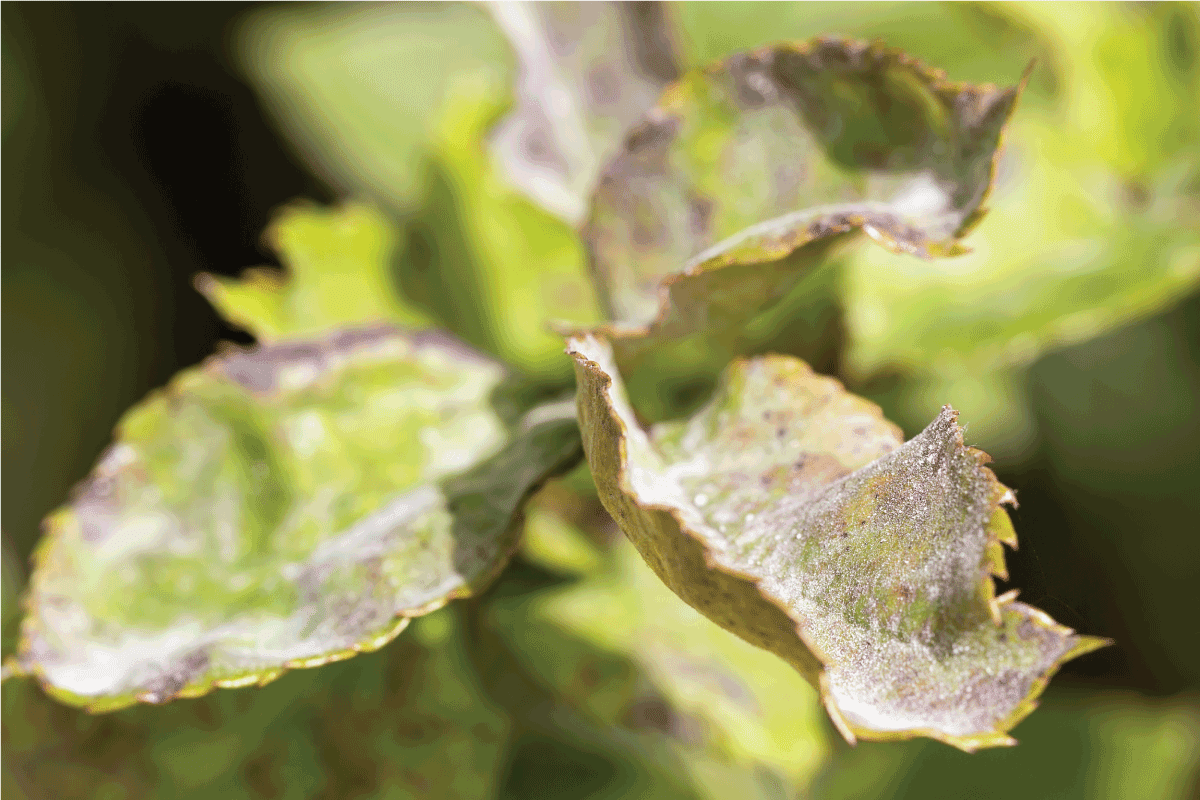 The appearance of white powdery particles is not the only symptom of infection. If the infection is severe, the leaves curl and turn yellow, and will eventually wilt and die.

Since fungi feed on the tree's living cells, photosynthesis is disrupted, and the nutrients cannot properly circulate within the whole plant system. Because of that, the foliage as well as the flowers, will die back and fall.

New shoots are more susceptible to powdery mildew, so it is advisable to immediately prune or remove young leaves that appear to be infected.

How Do You Get Rid Of Orange Tree Fungus?

Once the early symptoms of infection are detected and begin to manifest, apply organic fungicides to prevent their spread. Periodically inspect your trees to identify signs of deterioration, poor health, slow growth, and lessened yield.

Treat mild infestations using simple homemade solutions, so the fruits are not exposed to chemicals found in fungicides.

How Is Potassium Bicarbonate Used As A Fungicide?

Potassium bicarbonate is an effective contact fungicide that inhibits disease development by leaving an alkaline environment. The compound is nontoxic, and its residue is safe for humans.

To make a gallon of the solution, add one tablespoon of potassium bicarbonate and one teaspoon of liquid body soap.

Stir the mixture thoroughly and spray liberally on both infected as well as unaffected parts of the tree. Several applications could be necessary to completely eliminate the fungi.

Check out Prescribed For Life Potassium Bicarbonate Powder on Amazon.

How Do You Make Fungicide With Baking Soda?

Baking Soda or sodium bicarbonate prevents the formation of spores by leaving an alkaline residue on the plant surface. Fungi thrive in acidic environments and are eliminated after several applications. Baking soda is a food additive and is extremely safe for humans.

The preparation and use is similar to potassium bicarbonate.

Neem oil is a natural extract of the neem tree. It eliminates fungi by adding a layer of protection that prevents spores from penetrating into the plant tissue. You can add the oil to both potassium bicarbonate and baking soda solutions.

How Do You Protect Orange Trees From Fungus?

Orange trees are susceptible to certain fungi strains. It is best to use measures before any form of infection occurs.

Air circulation, spacing, sunlight, watering, and a periodic application of an organic fungicide would prevent the proliferation of disease.

How To Improve Airflow In Orange Trees?

Air circulation around and within the tree can be improved by regular pruning to thin out excessive foliage. This would prevent high levels of humidity and moisture, which fungi thrive on.

Remove dieback, dead, and damaged branches that reduce aeration and are potential entry points for most plant parasites.

If you have more than one tree, plant them several feet apart, so there is adequate room for growth and enough space for air to circulate freely. But if they are already positioned too closely, prune off leaves that touch or overlap.

How Does Sunlight Prevent Fungi In Orange Trees?

Orange trees need at least six hours of full sunlight to develop well and produce fruit. They thrive poorly, grow slower and give less yield in partial shade which, incidentally, is the ideal environment for most parasites.

Fungi are specialized organisms that do not require photosynthesis; therefore, they are averse to sunlight exposure.

Adequate sunlight penetrates the branches, flowers, and fruits when your orange tree is pruned regularly. Powdery mildew and other fungi are deprived of the conditions in which they thrive.

Is There A Proper Way To Water My Orange Tree?

Dry fungal spores are spread by wind and splashing and become pathological when they germinate after a few hours of exposure to water. The parasite spreads faster when the foliage is constantly wet or saturated.

Always water your orange tree at its base and try to keep the leaves, branches, flowers, and fruit splatter-free. Hydrate them adequately twice a week and dry them out in between watering.

What Nutrients Does An Orange Tree Need?

Young and newly planted orange trees need fertilizing every two months, while established and mature ones need less soil augmentation. Orange trees require nutrients most when they bloom and are about to produce fruit.

The tree will benefit most from slow-release fertilizers, which have a balanced nitrogen, phosphorus, and potassium ratio.

Humidity is high during the rainy season due to water vapors in the immediate atmosphere. As mentioned, white fungi tend to be more prolific in wet and humid conditions, and as such, the disease spreads and develops more rapidly. 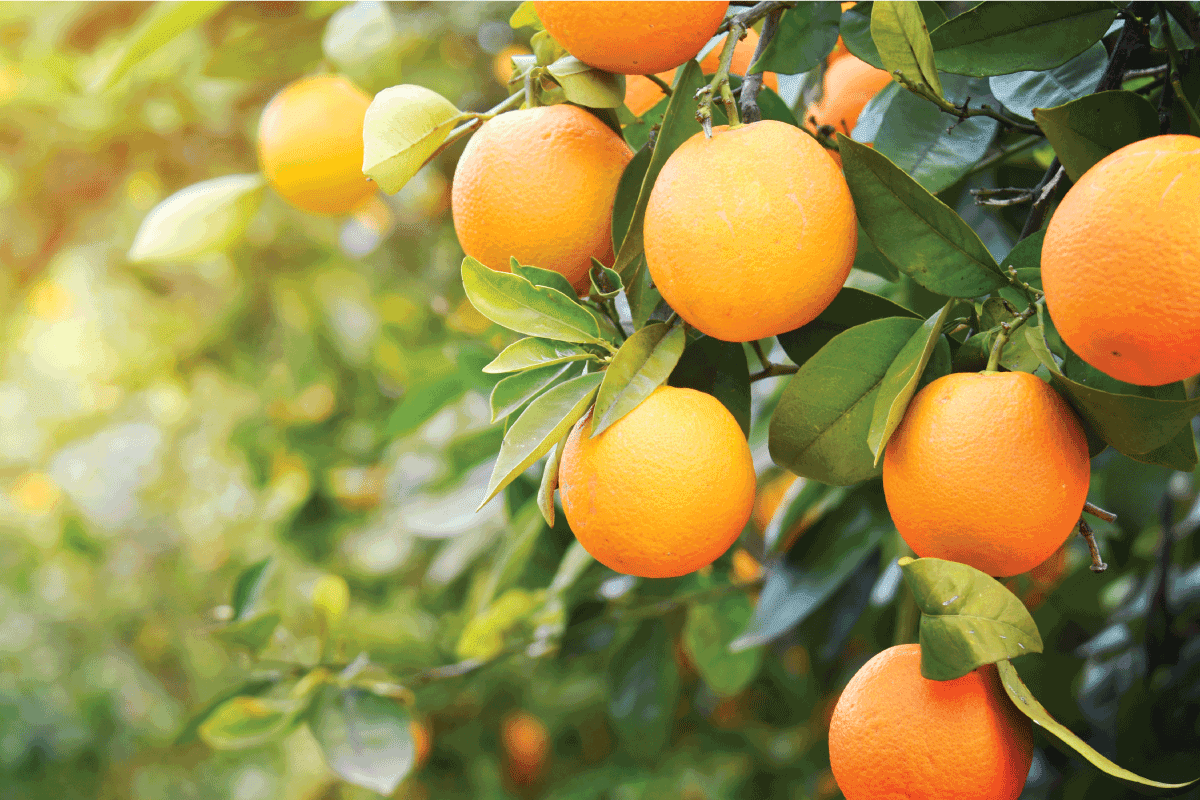 White fungus on orange trees is usually caused by environmental conditions that favor its proliferation. Home remedies are a natural way to remove powdery mildew - proper pruning and watering and adequate spacing are ways to prevent infection. We hope the article helped you.

How To Get Rid Of Leaf Miners On Citrus