Mesquite trees most commonly start dying from overwatering or over-fertilizing. Underwatering can also cause your Mesquite tree to die, but it's unlikely in most climates.

In this article, we will learn why your Mesquite tree is dying. We will also learn the answers to other interesting questions, such as is my Mesquite tree dead or dormant and what climates work best for mesquite trees? Keep reading to learn more. 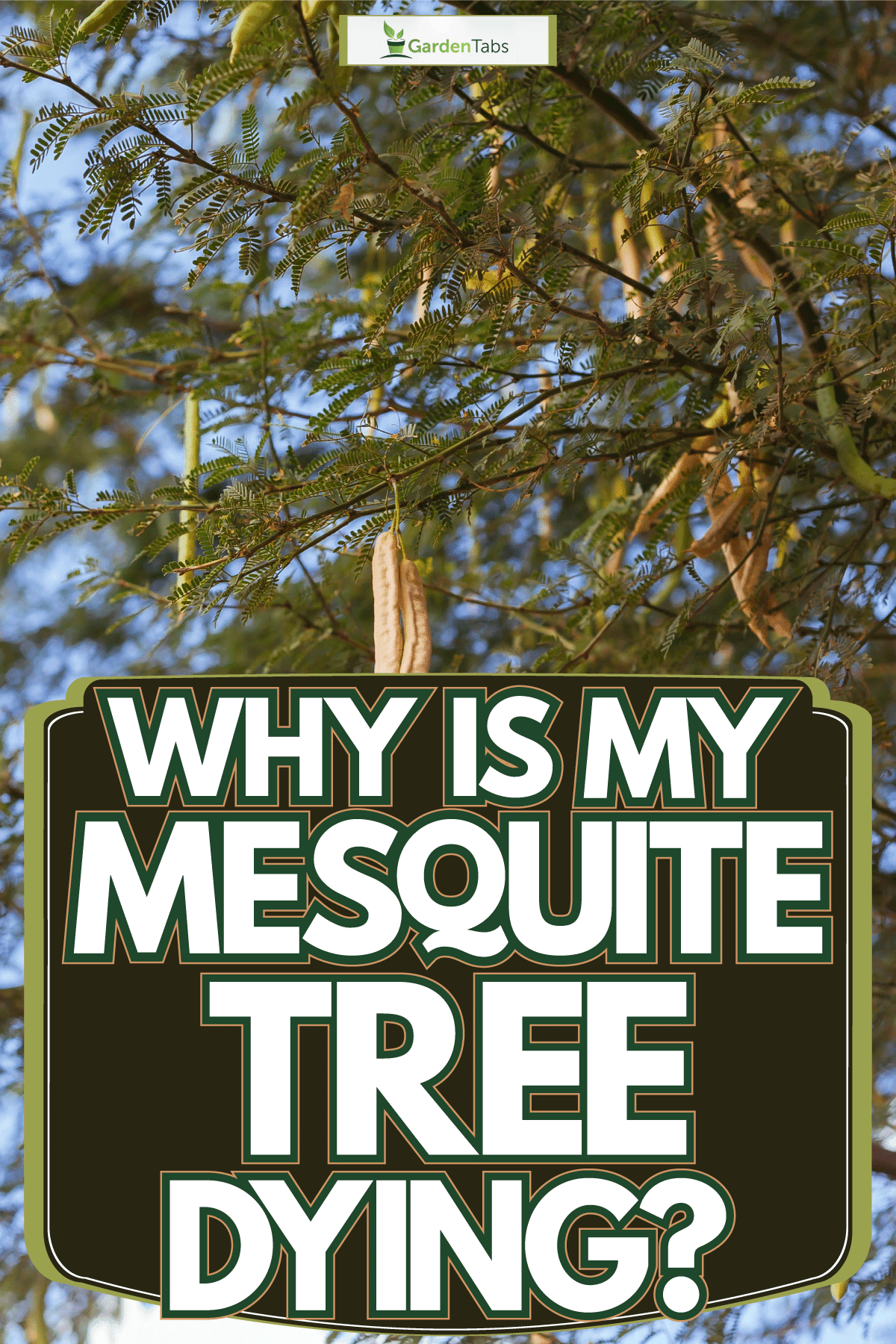 Why Is My Mesquite Tree Dying?

Two of the most common reasons your mesquite tree dies include overwatering and over-fertilizing. Underwatering can also cause an issue in specific environments.

Let's learn more about the causes of Mesquite tree death and what you can do to remedy them. 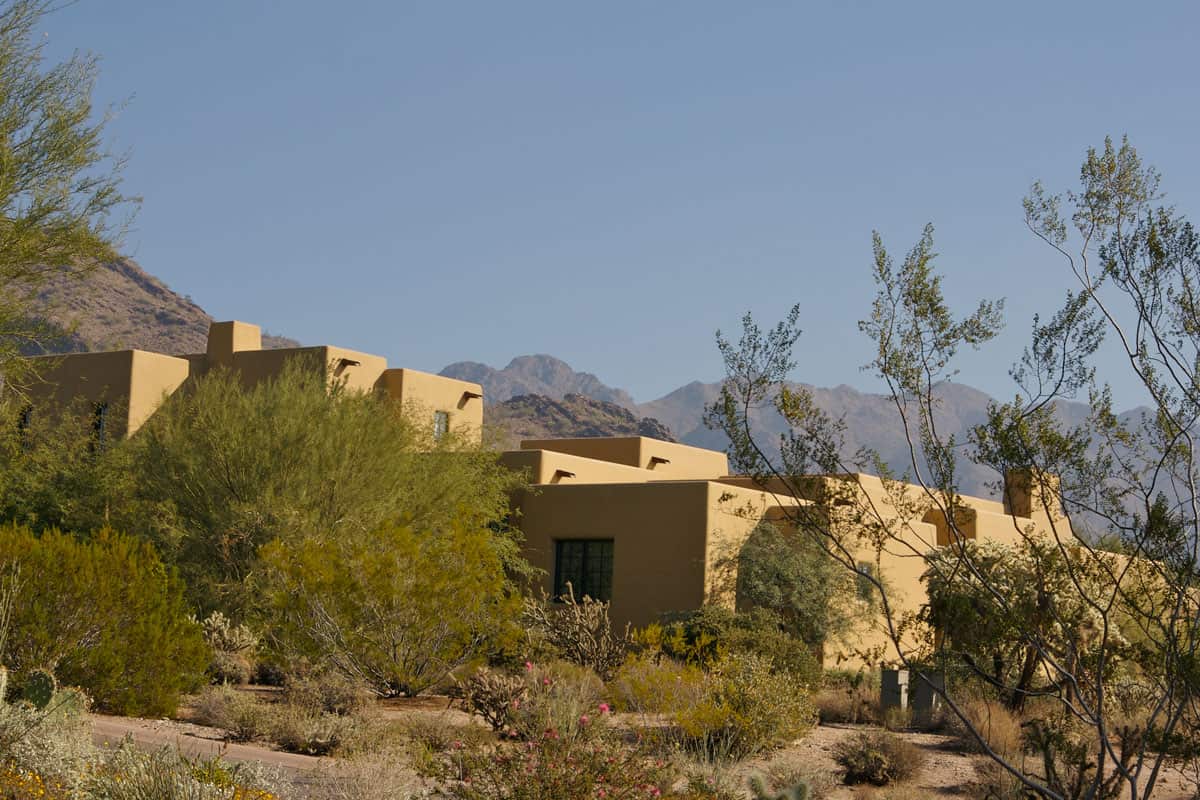 Overwatering is the most likely cause of your Mesquite tree dying. Mesquite trees have evolved to grow in arid environments and absorb as much water from the ground as possible.

When you overwater your Mesquite tree, it can cause its roots to become over-saturated with water and make it difficult for it to breathe.

Common signs that your Mesquite tree is overwatered include a large crown and a small trunk. To keep itself from drowning, a mesquite tree will pump excess water into its leaves and grow more to hold water.

This extra growth will be faster than the tree can grow its truck, leading to a top-heavy and weak Mesquite tree.

Most of the year, a Mesquite tree won't require water. During the summer, You should water a mesquite tree once a month. Water your Mesquite tree for an hour to allow the water to soak deep into the ground.

Mesquite trees have deep tap roots to gather water in deserts, and allowing the water to soak deep into the ground will improve their growth.

Watering for only a few minutes will encourage shallow root growth, weakening your Mesquite tree.

Applying too much fertilizer can cause your Mesquite tree's leaves to begin turning yellow and dying.

The solution for over-fertilizing your Mesquite tree is to flush the soil with water. Fertilizers are salts that readily dissolve in water to help them be available for the plants to absorb.

You can use fertilizer's ability to dissolve in water to remove it from your tree.

It would be best if you didn't soak your tree more than once every two weeks to avoid the damages that overwatering causes.

While Mesquite trees can handle low water environments, particularly in arid climates, they require some water. If you never water your Mesquite and notice it struggling in the summer, you will need to water it.

When watering, you should give it a good soak. Allow your hose to soak your tree for an hour to allow the water to reach its tap root. Don't water it again for at least two weeks to see how it responds.

If your tree responds well, you can water it once a month during the summer, and if it doesn't respond well, you should water it every two weeks until it shows signs of improvement.

Is My Mesquite Tree Dead Or Dormant? 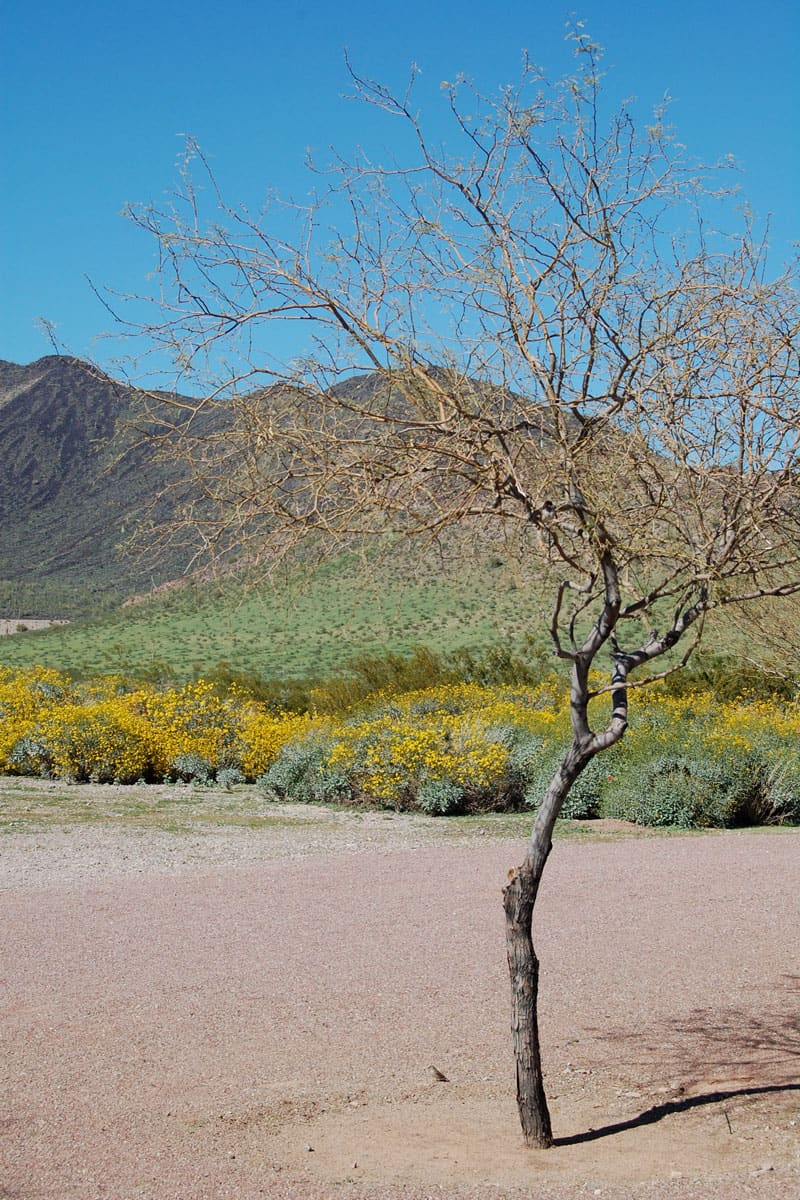 During the winter, Mesquite trees enter a dormant phase, and in the spring, they begin growing new leaves. Often during early spring, it can be challenging to decern if your tree is dead or dormant.

One way to quickly check how your Mesquite tree is doing is to inspect the color of its skin under the bark.

To check if your Mesquite tree is dormant, take a small knife and scrape back a tiny portion of bark on one of your tree's small branches. If you find that the skin under the bark is green, then your tree is dormant but alive.

If you find the skin under the bark brown, your Mesquite tree, or at least that branch, is dead.

If you do find that the skin under the bark is brown, you should check another branch closer to the truck and see if it's green there. If the whole tree has brown skin under its bark, it dies.

Another way to tell if your Mesquite tree is dead or dormant is to check for leaf buds.

Mesquite leaf buds will begin growing in early spring, making this checking method effective only during certain parts of the year. If it's late spring and your Mesquite tree hasn't started budding, likely, it didn't survive the winter. 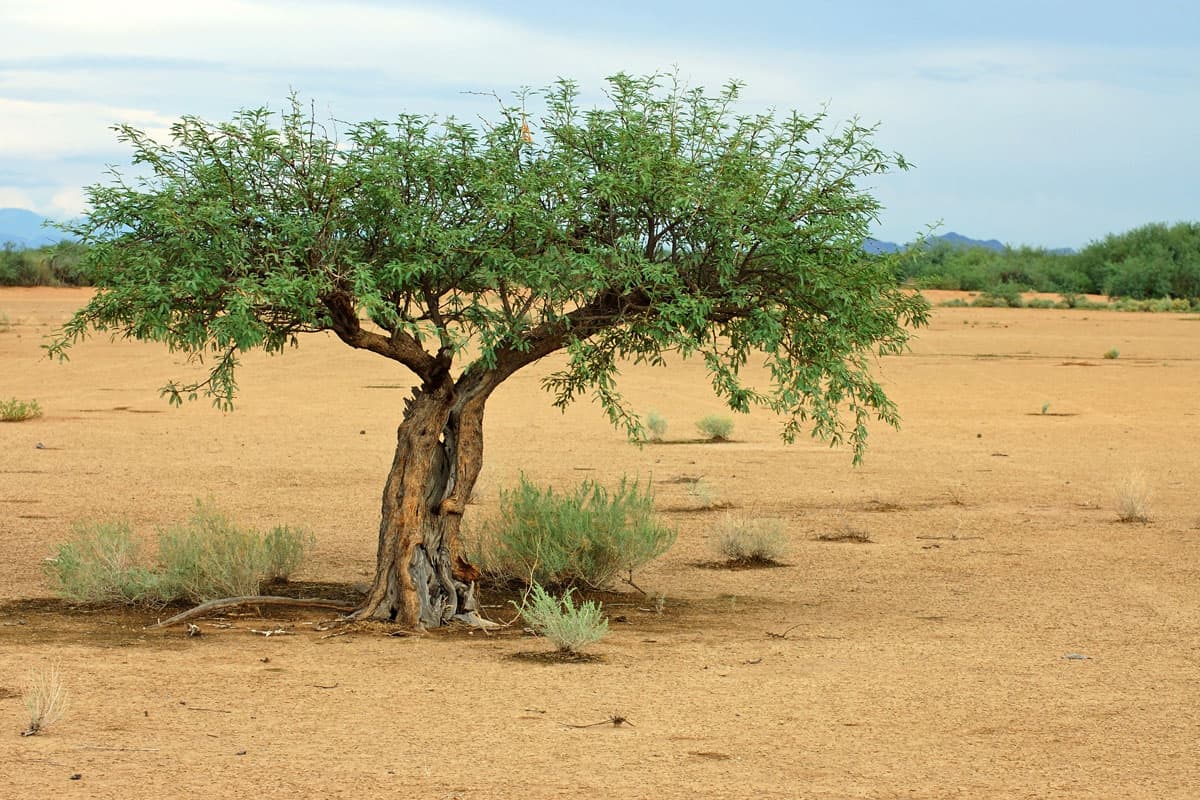 Mesquite trees can survive in hardiness zones six to nine. Hardiness zones measure the lowest average temperature in a region and help you know which plants tolerate which areas.

Hardiness zones six to nine range from a yearly average low of between zero and thirty degrees Fahrenheit in the winter.

Handling hardiness zones six to nine means Mesquite trees tolerate frigid climates. Mesquite trees are adapted for deserts, which while famous for being hot, are just as cold.

Can You Grow A Mesquite Tree In A Container?

While some may like to grow a Mesquite tree in a container for aesthetics, it isn't a good idea. Mesquite trees tolerate drought by sending a taproot deep into the ground.

If you grow a mesquite tree in a container, its taproot will begin to coil along the bottom of the pot and make your mesquite tree weak.

While it is okay to start a mesquite tree in a container, once your tree is one to two years old, you should transfer it to a permanent home in the ground.

How Do You Prune A Mesquite Tree? 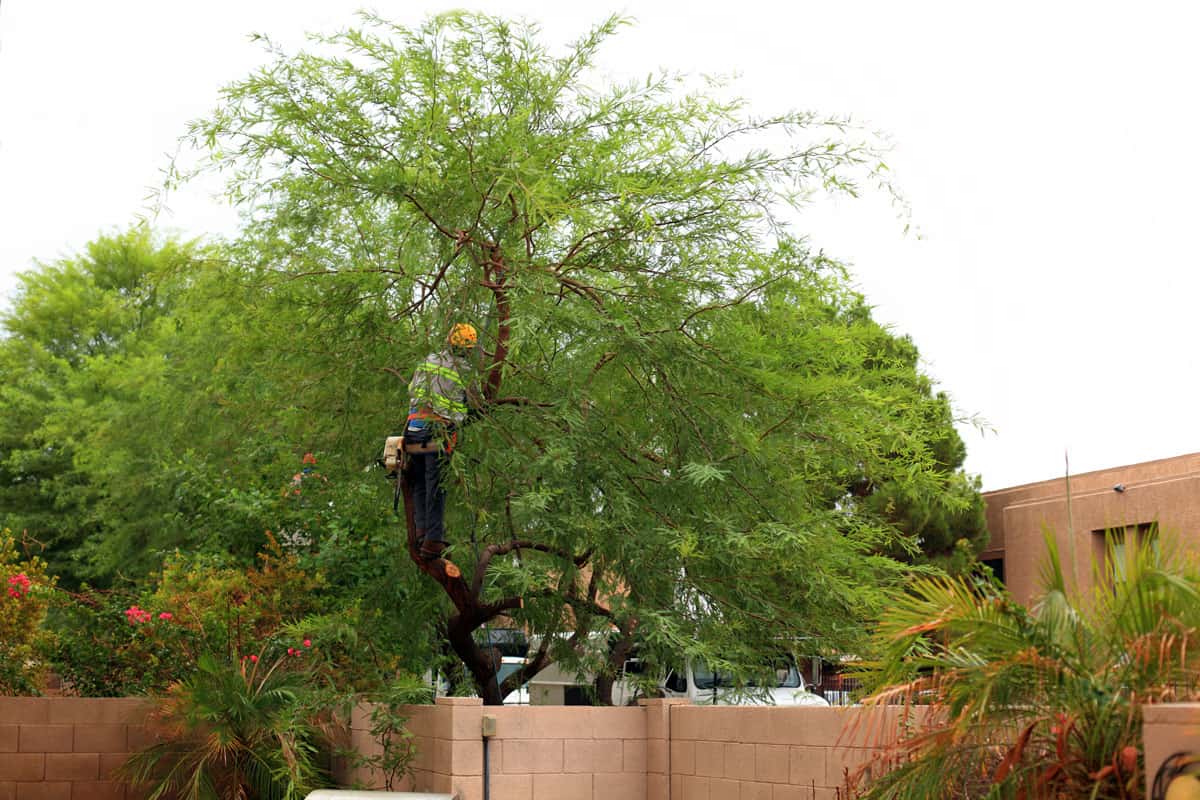 The health of a mesquite tree needs to prune once a year in either the winter or early spring. While pruning can benefit your Mesquite tree, you must prune it correctly.

Let's discuss the steps to prune a mesquite tree the right way.

When Pruning a mesquite tree, it's wise to start by removing any dead branches that have accumulated. It's crucial first to remove the dead wood to understand the actual shape of your tree.

To remove dead wood cut braches where they split from other branches using loppers.

If you aren't sure if a branch is dead, scrape away a small amount of bark and check if its underskin is green or brown. Green is alive, and brown is dead.

If you need a good pair of loppers to remove branches, here are two of the best available on Amazon.

Next, begin scanning each branch that separates from the main trunk and remove any that interfere with the growth of other branches.

Cutting off branches that grow into other branches will help keep each branch healthy. Pruning in this method will also increase airflow through your Mesquite tree, warding off disease.

One of the last steps to pruning a Mesquite tree is removing its suckers. Suckers are long straight growths from the bottom of your tree that, if left alone, will eventually become separate trees.

These suckers can steal nutrients from their parent and weaken your tree.

Once you have finished pruning off all the excessive growth from your Mesquite tree, you may feel that you are finished but cleaning up the debris from pruning is a necessary part of pruning.

Leftover debris from pruning can create a mat of leaves and branches that hold water. This wet environment is perfect for fungus and bacteria, which can wreak havoc on your tree.

When you finish pruning, pick up branches and keep the base of your tree clear of leaves. 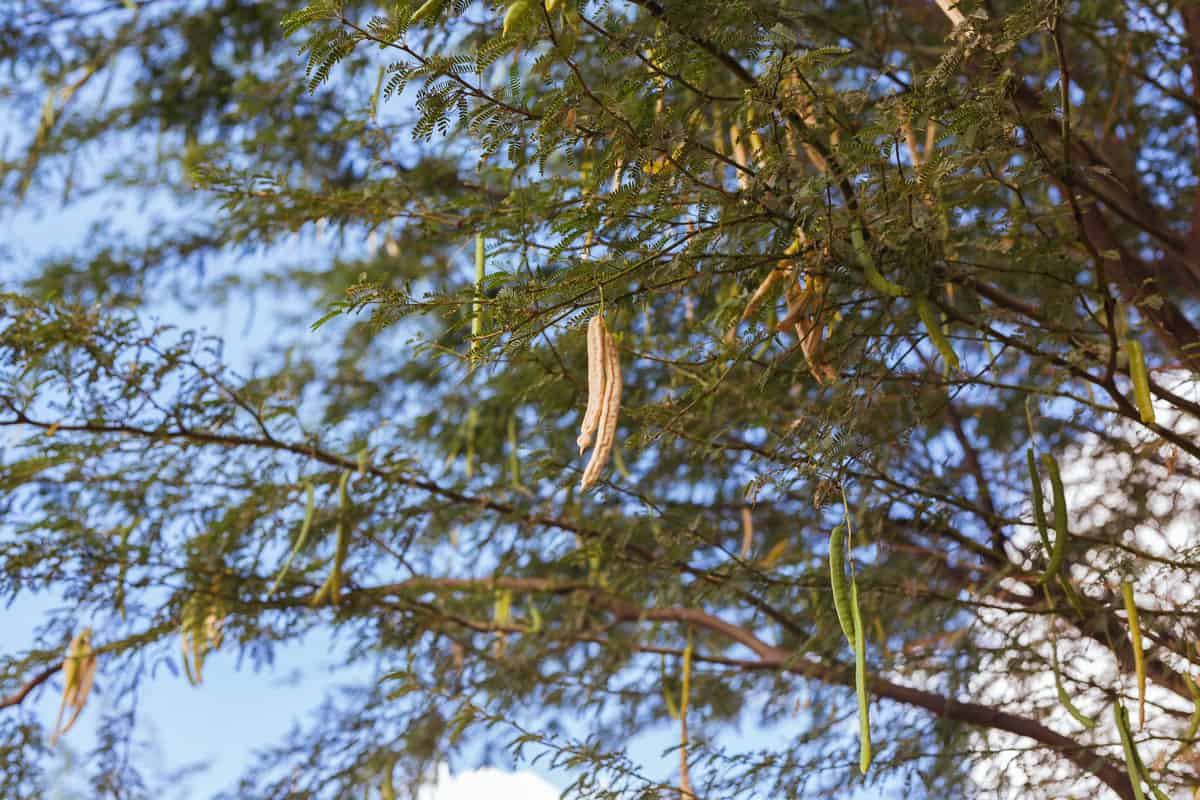 Remember, due to its deep taproot, you can't grow a Mesquite tree in a container long-term.

Made it this far? Check out these helpful related posts below!

How Far From House Should Oak Tree Be Planted?

White Fungus On Palm Trees – What To Do?