So you're planning on getting a new item to your garden, torn between Japanese Holly and Boxwood. Figuring out which one to get can be a daunting task, especially when you don't know much information about the species. However, fret not! We've got you covered in this article.

Still curious about these shrubs? Well, keep reading to know more, as we've compiled a lot of information about these species from hours of intensive research. We've also answered some questions you might have, so dive right in!

What's So Special About Japanese Holly? 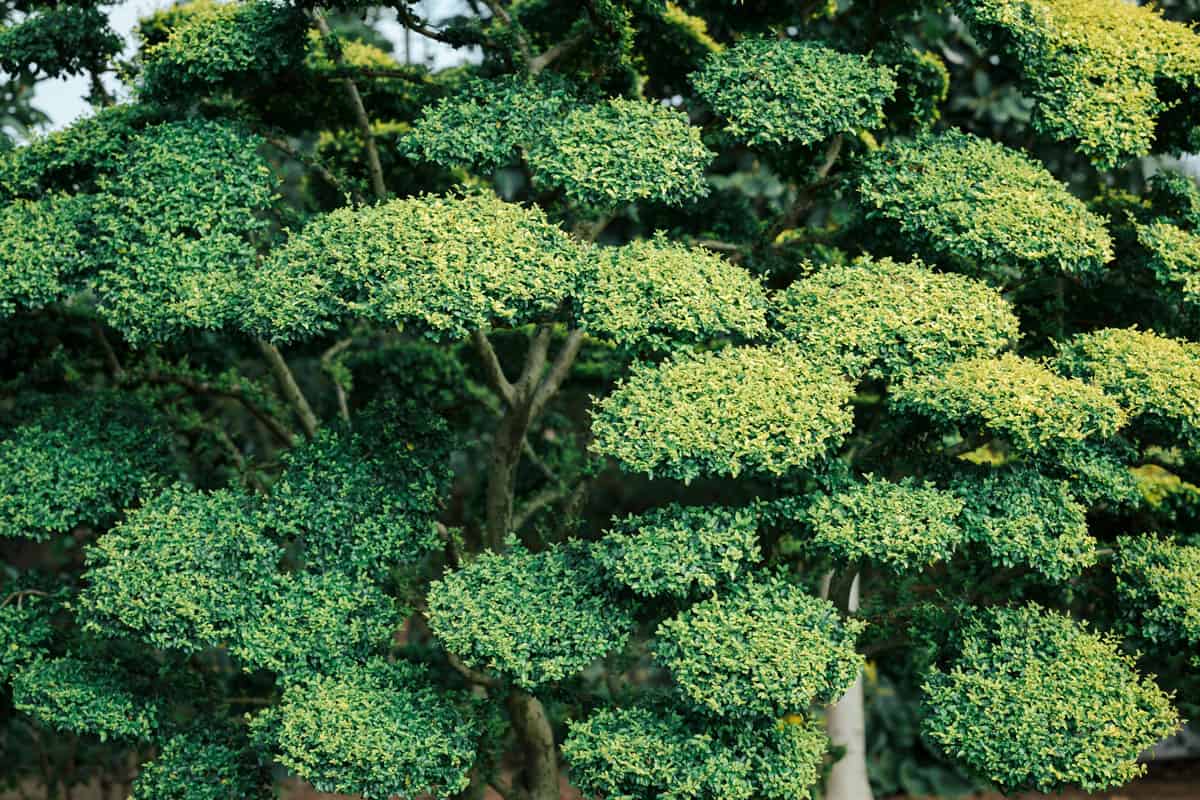 Japanese Holly is an evergreen shrub with dense foliage and is a popular choice for bonsai lovers. It can grow from 6 to 12 inches per year, making it the perfect choice for those who want a big ornamental plant in just a few years. However, due to its growth rate, this species can be invasive. They are common in mountainous or forest areas.

For best results, give your Japanese Holly a minimum spacing of at least 3 to 4 feet. Although it may take years, this choice has the potential to grow to a width of 6 to 10 feet. For space between mature, untrimmed plants at their largest size, space them 5–6 feet apart.

When planted in the right conditions, growing Japanese Holly is a no-brainer. You can plant it on a site with acidic soil, moist environments, and good drainage. The recommended pH level for the soil is 4.5 to 6.5.

Full sun or partial shade would also be enough for a Japanese Holly to flourish, so you don't have to worry about its location in your garden. Due to its low maintenance, it does not need to be pruned frequently and only needs to be watered on dry spells.

For best results, keep the younger Japanese Holly shrubs in moist parts of the soil to help strengthen their roots. Older shrubs can then withstand stronger climates.

Ensuring your Japanese Holly is in tip-top shape is one of the best ways you can care for it, and there are a couple of ways you can do so. Here are some of them.

While Japanese Holly does not require a lot of fertilizer, feeding them every growing season, such as late winter or early spring, can help produce vibrant leaves. You only need to apply a thin layer of fertilizer to ensure this result, making growing Japanese Holly cost-efficient. The recommended fertilizer types are those rich in iron and/or sulfur.

Over time, your Japanese Holly inevitably loses its vibrancy due to different factors, so pruning them is one of the best ways to ensure they are always looking prim and proper.

The ideal time to prune back hollies to revitalize them is in late winter or early spring. This summer, the roots can regenerate and grow new branches if they are in good health. To produce a uniform appearance, it can be best to chop the entire bush back to the same height.

It's not rare for Japanese Holly to bloom and bear fruits, usually during the fall or winter. While these fruits aren't edible, you can still use them as ornamental decors at home and outdoors. 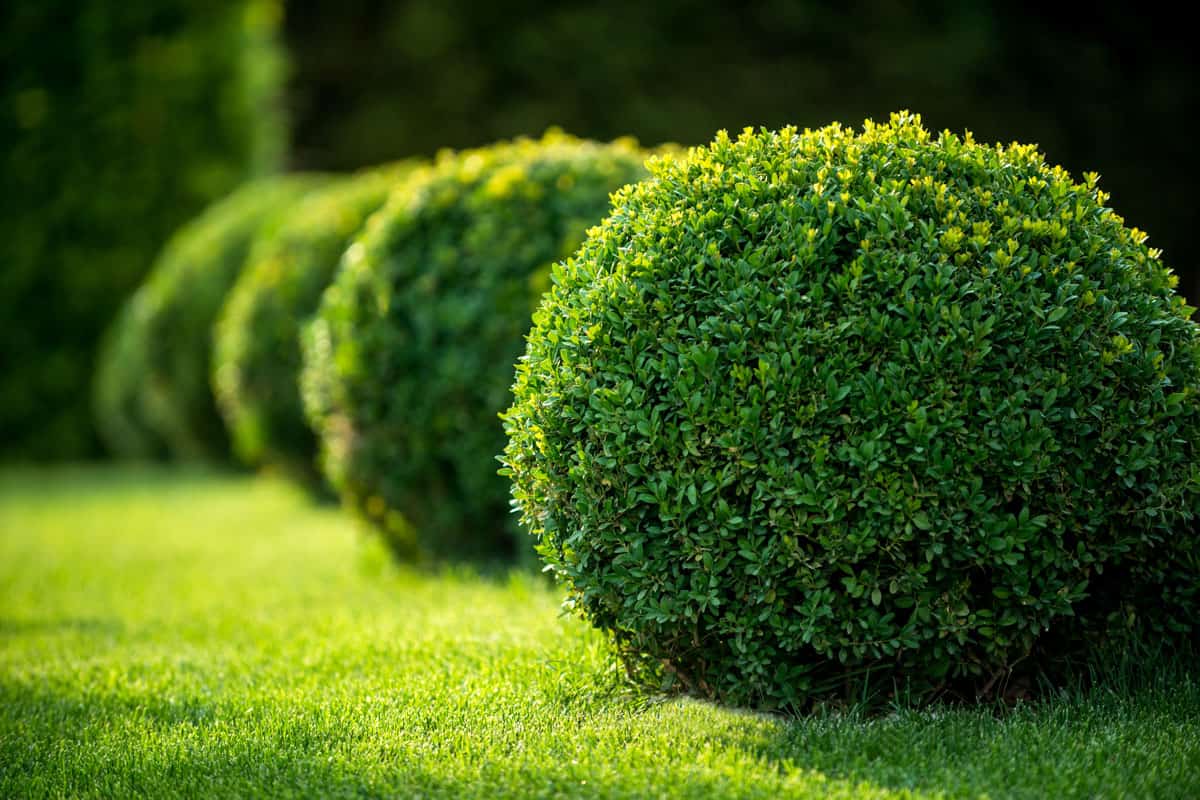 Compared to Japanese Holly, boxwood grows slower, with an average of less than 12 inches a year. It's an evergreen shrub, which means it can retain its foliage throughout the year. It also needs full sun or partial shade to thrive, with a minimum of 4 hours of direct sun exposure, so it's best to consider a suitable location to plant it. Additionally, boxwood can grow in acidic, alkaline, moist, sandy, and well-drained soils.

It is ideal for planting boxwood shrubs in the spring or summer so they can thrive before winter. The optimum time to plant is in the spring since harsh weather conditions like heat or drought can put new plants under unnecessary stress as they adapt to their new surroundings.

What Is The Fastest-Growing Boxwood?

A fast-growing, low-maintenance evergreen shrub is the Sprinter Boxwood. It can be utilized as a low hedge or adorn garden beds, and it's evergreen, so its color lasts all year long. It has shiny green foliage that can withstand freezing temperatures. It can grow up to 24 inches tall annually, making it faster than any regular boxwood.

While caring for boxwood isn't so far from caring for Japanese Holly, there are still a few things you can take note of that makes it unique from the latter.

New boxwoods will require deep watering for the first two years, at least once or twice a week, increasing the amount during the hotter seasons. After the first year, you can reduce the watering to only once a week. However, avoid shallow watering since the deepest roots won't get enough moisture. Every two to four weeks, mature boxwood will require heavy watering to grow.

It's also best to water boxwood in the morning to have ample time to dry it throughout the day.

Repotting plants is ideal if you want to remove unhealthy roots that could hinder plants from growing healthily. Luckily, you can repot boxwoods to ensure they're always in their best condition.

To repot them, you should opt for a container that's as wide as the boxwood. When the plant outgrows its current container, move it into a slightly bigger container, keep the soil moist, and keep an eye out for symptoms of plant stress—your soil may need to be changed.

Check out this boxwood pot on Amazon to get started.

Though evergreen, boxwood can still have trouble during extreme weather, such as winter.

The easiest way to get boxwood ready for winter is to cover it with a healthy layer of mulch, being careful to avoid planting or covering the plant's crown too deeply. Snowfall throughout the winter that is not too heavy can also insulate the plant. To avoid breakage or other damage, very large or heavy snowflakes should be removed from the surface.

How Can You Differentiate Boxwood From Japanese Holly?

While certain features differentiate each specie from the other, there are visual cues that you can take note of to identify them.

The leaves are one thing you can use to identify which is which. Boxwood leaves come with smooth, rounder edges and are arranged opposite each other. Meanwhile, Japanese Holly leaves are arranged alternately and have scalloped edges.

What Are The Similarities of Boxwood and Japanese Holly? 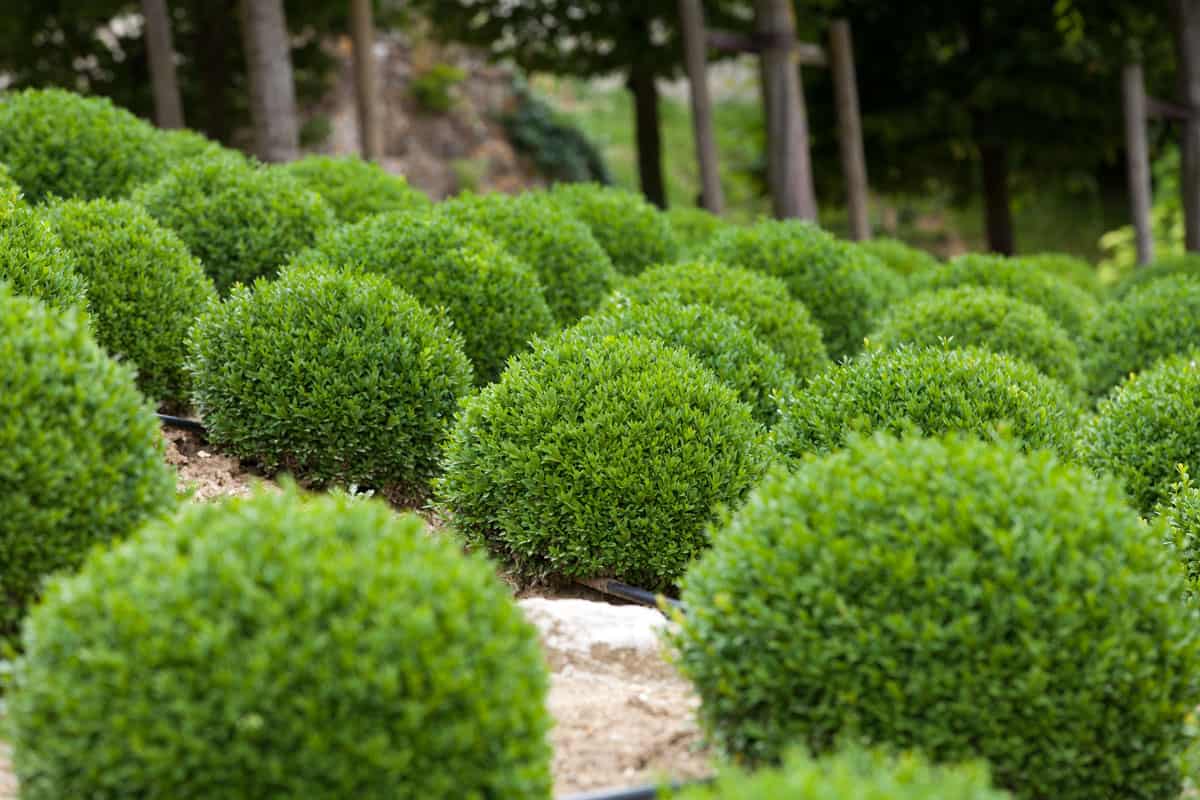 Despite their differences, Boxwood and Japanese Holly are shrub species and share common features.

Both Japanese Holly and Boxwood can tolerate shearing, so you cannot go wrong in choosing either of the two for your hedge. For a more creative touch, you can also opt to use both species, using Japanese Holly as your foundation shrub and working your way around it using Boxwood or any similar shrub specie.

Don't Lose Their Leaves During Winter

Japanese Holly and Boxwood are both evergreen shrubs, so no, they won't lose their leaves. However, both of them can only withstand a small amount of frost, so it's best to build a temporary frame around it during the winter. You can store it indoors, but be sure to place it where it can receive direct sunlight so its leaves can stay healthy and look fresh. 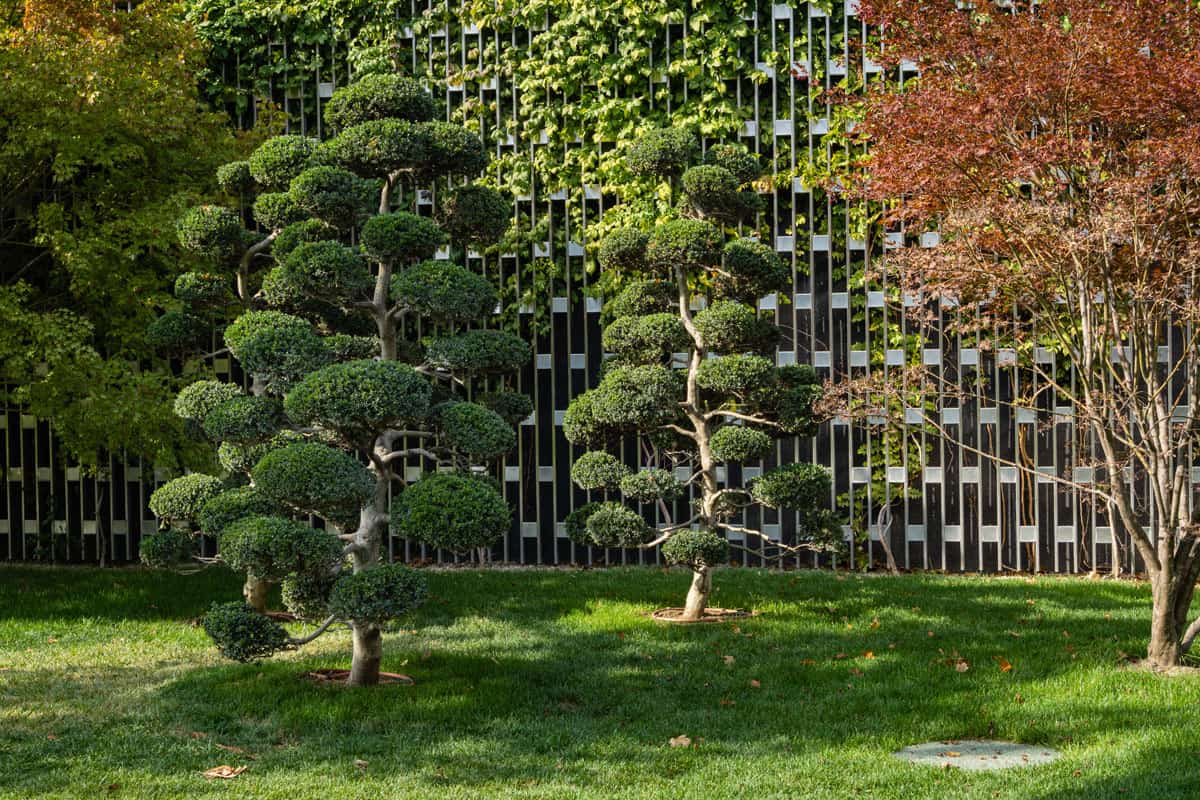 Either way, you can rest easy as both plants are excellent and offer something fresh and unique to any garden.

Enjoyed this post? Check out other topics on shrubs from our site before you go.

How Fast Do Butterfly Bushes Grow?

Can Azaleas Survive a Freeze?