Although it originated in the Mediterranean region, the bay tree may now be found all over the world. Bay leaves are often used in cooking, but you may well wonder if this abundant evergreen has other uses too. If you would like to know if this plant is good firewood, we've done the research to help you out.

As long as they are prepared correctly, trees of the species Umbellularia Californica, also known as bay laurel, can be used as burned. This tree makes bright burning firewood and also emits a pleasant scent.

The bay tree is found growing in thickets, forests, and ravines. It grows best in regions that receive either partial shade or full sun and in soil that is healthy and well-drained. To learn more about this plant, keep reading till the end. 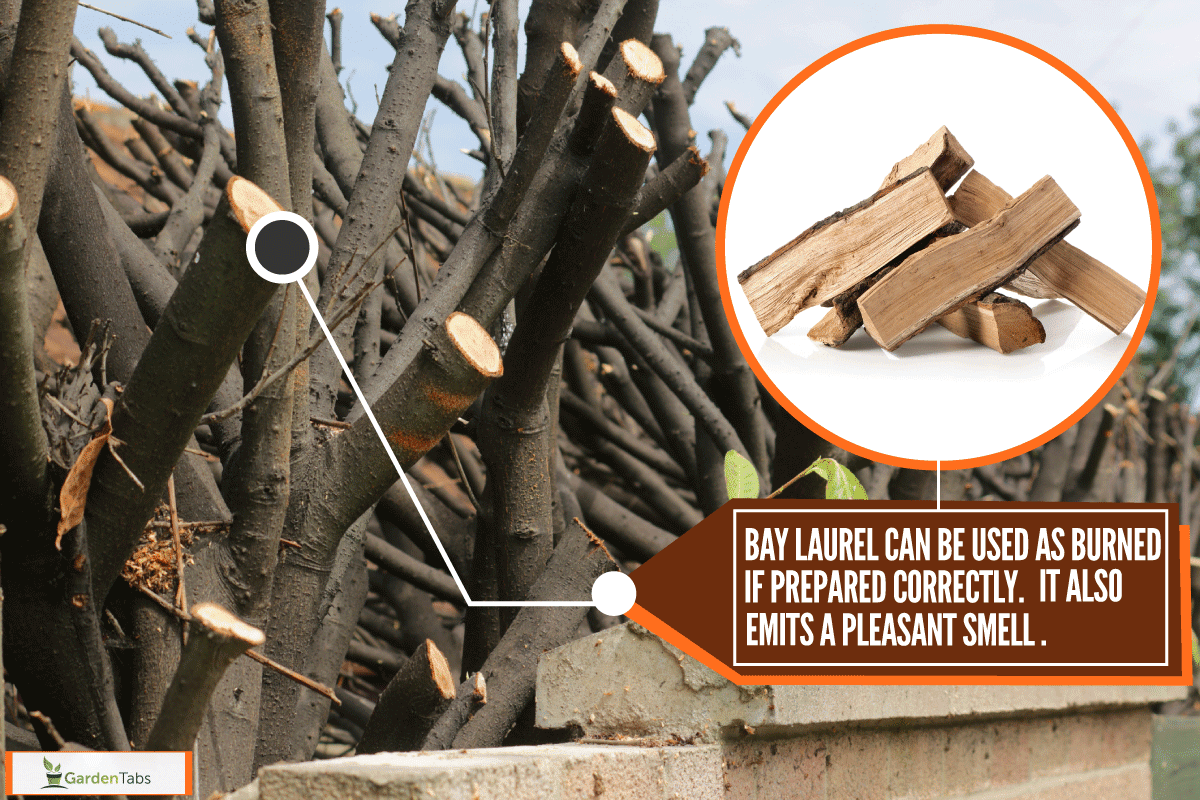 The bay tree can either develop into a tree with a single trunk or a shrub with several trunks. Its height can range anywhere between 10 and 18 meters. The bark of a bay tree is smooth and typically has a grey or greenish-gray coloration to it.

The bay tree is known for its evergreen leaves that have a leathery texture and a lanceolate form. The leaves have wavy borders and a pronounced midrib running across them. The fruit of the bay tree is a drupe that ranges in color from dark purple to black and contains just one seed.

Historically, the name "Bay" was associated with triumph and accomplishment. Poets, athletes, soldiers, and emperors all wore wreaths made of bay leaves while they lived in ancient Greece and Rome. Bay leaves were used in the wreaths. In their natural habitat, bay trees can live for more than 100 years. 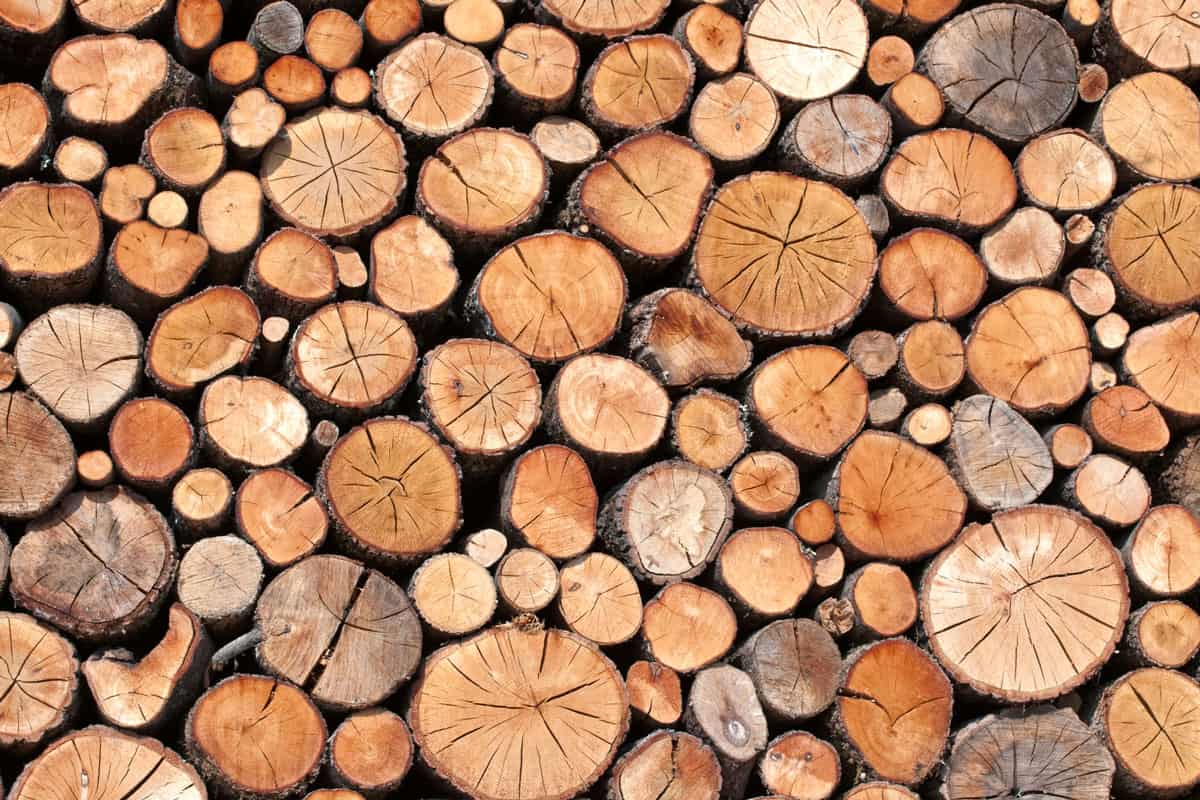 Growing a bay tree from scratch is possible using either seeds, cuttings, or even air-layering. A number of different foods, such as casseroles, sauces, stews, and soups, can all benefit from the addition of bay leaves. You can use either dried or fresh leaves.

Dried leaves have a stronger scent than fresh ones. Bay leaves, in comparison to most other spices, require a longer period of time before they can fully release their flavor and be the perfect fit for use. Because bay leaves have pointed edges that might cut the mouth, they should never be left in a dish until it is served to avoid this risk.

Aside from burning, the bay laurel trees/stems can be used to make walking sticks, it can be used for burning as well as ornamental items made of a variety of colored wood pieces (marqueterie work).

Because of its potent and strong smell, the wood from bay trees is sometimes utilized in the smoking process for meat.

Bay Laurel is not a bad wood for firewood. It has pores that range from medium to big and has a fairly coarse grain. Even if it does not have the same level of resistance to decay and rot as white oak, the bay is still a valuable wood that may be used for the construction of cabinets, furniture, and veneer.

This must be properly seasoned and provide a healthy flame. Since it only produces a respectable amount of heat, it is not perfect for use with all kinds of flames.

The cyanide wouldn't be a problem if there was sufficient air given to the fire and if the room was properly ventilated. No matter what kind of wood you are burning, if you do not have adequate air and ventilation, the carbon monoxide will eventually cause your death.

To answer this in a nutshell, "yes," except bay laurel. All other types of laurel hedge, especially berries, are harmful to both humans and animals. Ingestion of the hydrocyanic acid that laurel hedge plants produce can lead to several serious health problems.

They share the same toxic principle as well as the symptoms of poisoning, and the majority of the laurel hedge plant, including the leaves, seeds, and stems, are harmful to humans. The cyanogenic glycoside as well as the amygdalin make up the poisonous effect.

Is Bay Laurel Poisonous To Dogs? 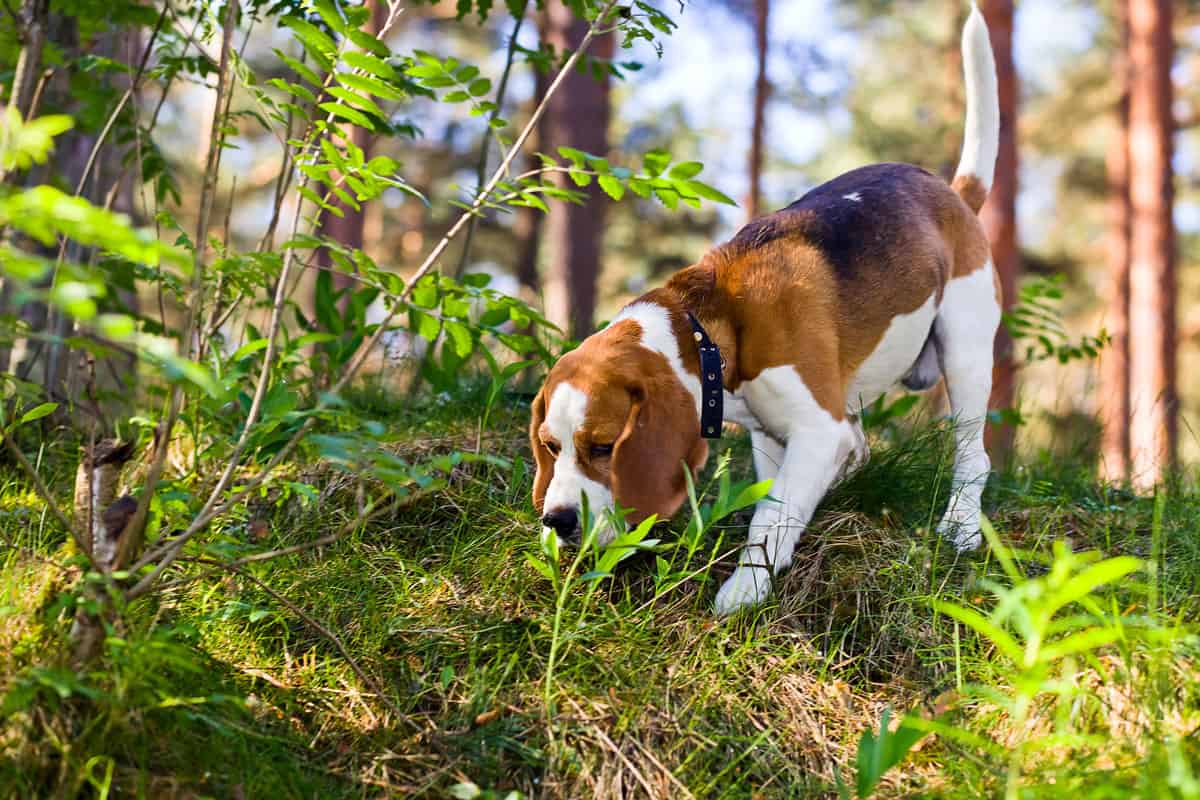 With the exception of bay laurel, almost all species of laurel hedge are toxic to dogs. bay laurel is the only exception. If you have a dog in the house, it is strongly advised that you do not have a Bay tree or any other species of this genus.

Even though bay laurel can be used safely in tiny amounts, there is a possibility that it could be poisonous to dogs. The symptoms include nausea, vomiting, and diarrhea.

Dogs shouldn't consume bay leaves since they contain eugenol and a variety of other essential oils, both of which are known to be poisonous to canines. Bay leaves also contain methyl eugenol.

The American Society for the Prevention of Cruelty to Animals (ASPCA) states that ingestion of bay leaves can cause bouts of vomiting and diarrhea and that ingesting the leaves in their entirety can potentially cause an obstruction for your dog's system.

Taking in the hydrocyanic acid that laurel hedge plants produce can lead to several serious health problems. One example of a potentially hazardous cyanogenic plant is the laurel, or Prunus laurocerasus, which is commonly used as a garden hedge.

Cyanide, the poisonous substance produced by cyanogenic plants, stops hemoglobin in erythrocytes from releasing oxygen into the tissues. As a result, animals eventually perish from lack of oxygen in their bodies.

What Wood Should You Never Burn?

Burning softwoods like pines, firs, and cypress are woods that burn easily and faster which doesn't make them the perfect fit for burning. Additionally, they produce lots of smoke and that is not safe in both the short and long run.

Cone-bearing trees such as pine, fir, and spruce are quite stunning to behold in the woods; nevertheless, the wood from these trees shouldn't make up the majority of your fuel collection, especially for inside fires.

What is The Longest-Lasting Firewood? 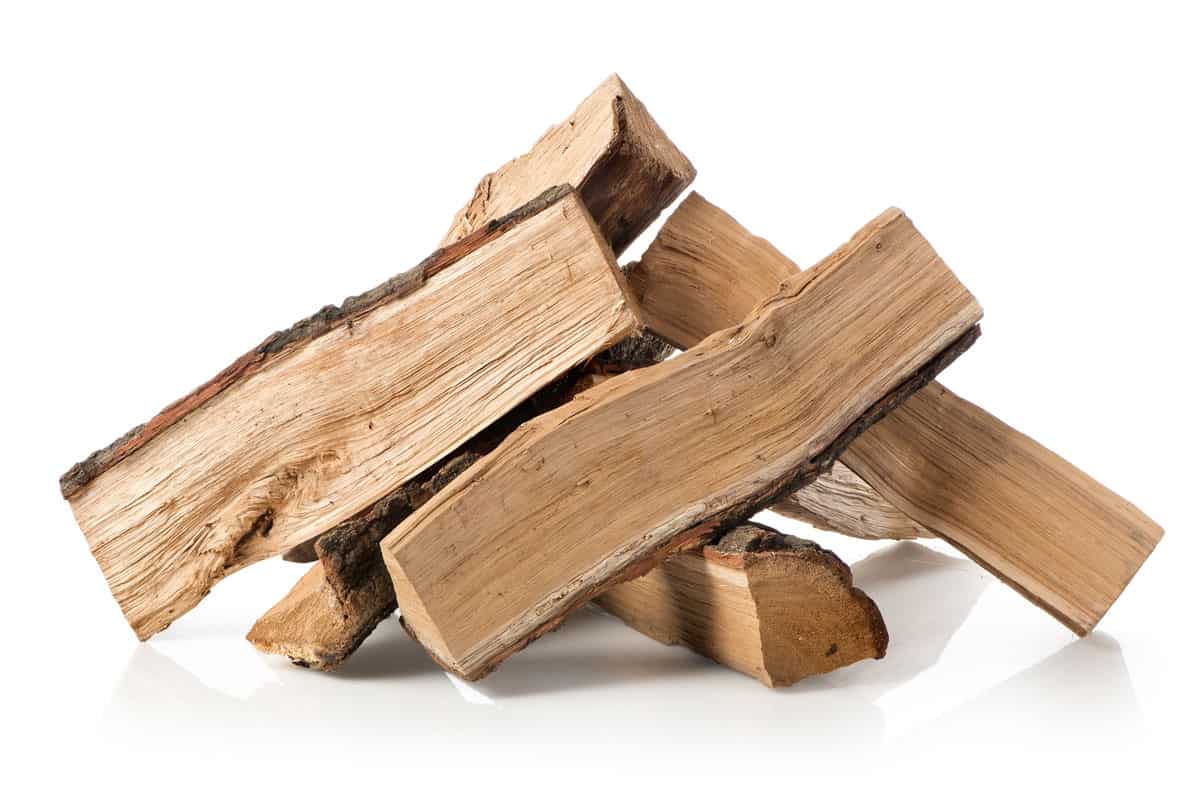 Hickory is the type of wood that burns for the longest. It's a pretty straightforward explanation: because there is more fuel "packed" into each log of hardwood, it takes longer for the fire to consume the hardwood.

Hickory has the largest density of all types of firewood, ranging from 37 to 58 pounds per cubic foot, and as a result, it burns for the longest amount of time.

It all comes down to density and water content as the deciding variables. The more compact and dry the firewood is, the more efficiently it will burn and the more heat it will be able to generate.

Hardwoods are typically superior to softwoods when it comes to making use as firewood due to their higher density and generally lower quantities of sap or pitch.

What is The Best Burning Firewood?

The greatest types of wood for burning include hardwoods like maple, oak, ash, and birch, as well as the majority of fruit trees because they burn hotter and for a longer period. These types of wood contain the least amount of pitch and sap and are in general easier to work with.

In addition, hickory has the lowest moisture content of all the hardwoods on our list, burns hotter than oak and maple, and remains combustible for the longest amount of time.

Hickory can be used to start a fire, which can then be let to continue burning through the night if a nice bed of coals has been created. Woods for burning should be dry, when burning unseasoned wood, the resin can build up and generate creosote. Make sure the wood has been properly seasoned. If the wood has been allowed to dry out properly.

Is Bay Laurel The Same as Bay Leaf?

There is no difference between bay laurel and bay leaf; they are one and the same. The bay laurel tree, also known as Laurus nobilis, is native to the Mediterranean region and dates back thousands of years.

Bay leaves are harvested from this tree. In addition to being referred to as bay leaves, laurel leaves, or bay laurel, these plants are also occasionally referred to as sweet bay or real laurel. 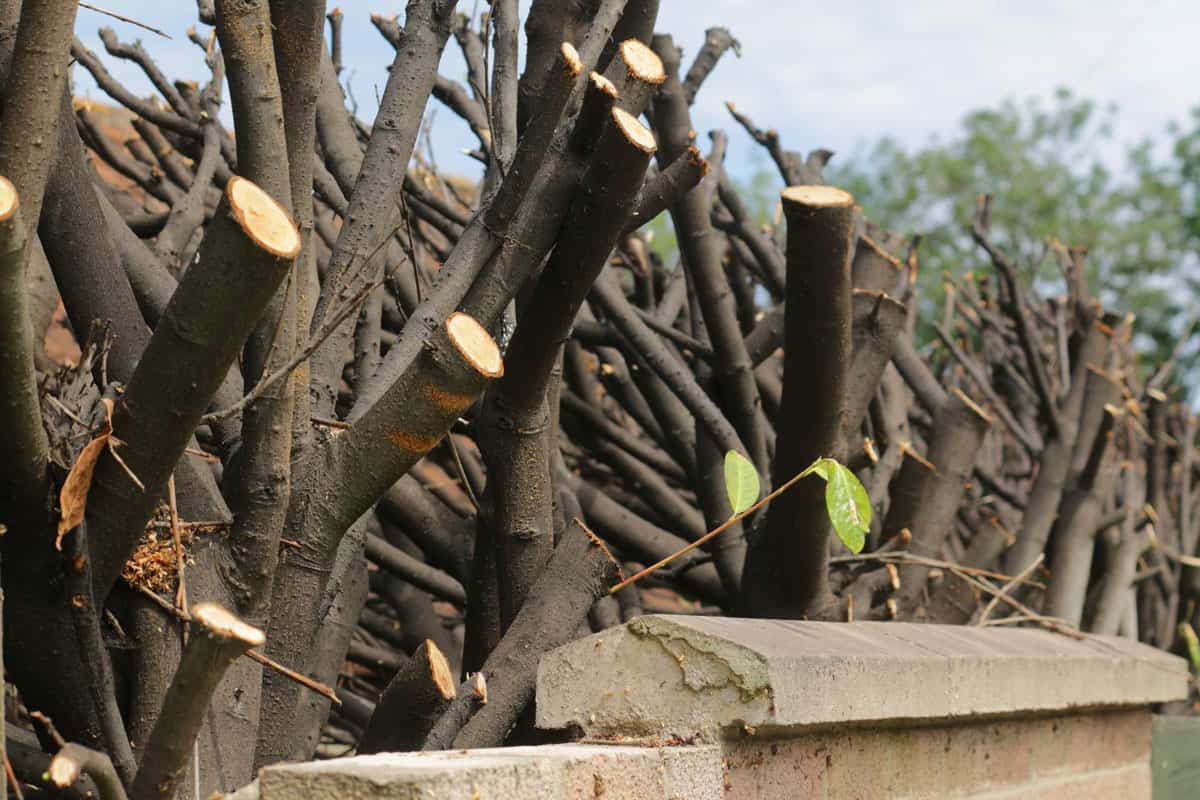 If your trees were just cut down, you might want to hold off on putting them in the fireplace in the winter until after they have had time to dry out. Allow the wood to season, which will result in the loss of some of its moisture. It will not only reduce the amount of resin in the wood, but it will also dry out the wood, which will allow it to burn more easily.

For more articles on wood burning, check out these interesting posts: