Holly is a species of evergreen and deciduous trees and shrubs that thrives in temperate and tropic zones. Known for their dark green leaves and bright red berries, these plants add beauty to any lawn. If you have a holly plant, you might be thinking about cutting it. How long does holly last when cut, and should you keep holly in water? We've researched this topic thoroughly and have some important information for you.

The lifespan of cut holly is important, but there are many other important things that you should know about cut holly. For example, how do you treat holly cuts in order to keep them fresh for as long as possible? How long does a holly wreath last when it's outside? What is the best way to preserve evergreen cuttings? We discuss all of that information in this post! Keep reading to learn more about how to treat holly cuts, holly wreaths, and evergreen cuttings.

How Do You Keep Cut Holly Fresh?

One of the very first things you should do to keep cut holly fresh is wash it. When you wash cut holly, you remove any containments, such as dust and spray residue, that could shorten the lifespan of the cuttings. You can simply spray your holly cuttings with a hose if you want to clean them.

Another thing you can do to keep cut holly fresh is store it in a cool environment. As mentioned, cool temperatures lengthen the lifespan of cut holly, helping the cuttings live for as long as three weeks. So, if you're going to cut holly during the warmer months, be sure to keep it away from strong sunlight, as this intense heat dries the cuttings out. In fact, be sure to keep it away from any area of your home that produces a lot of heat, including televisions. 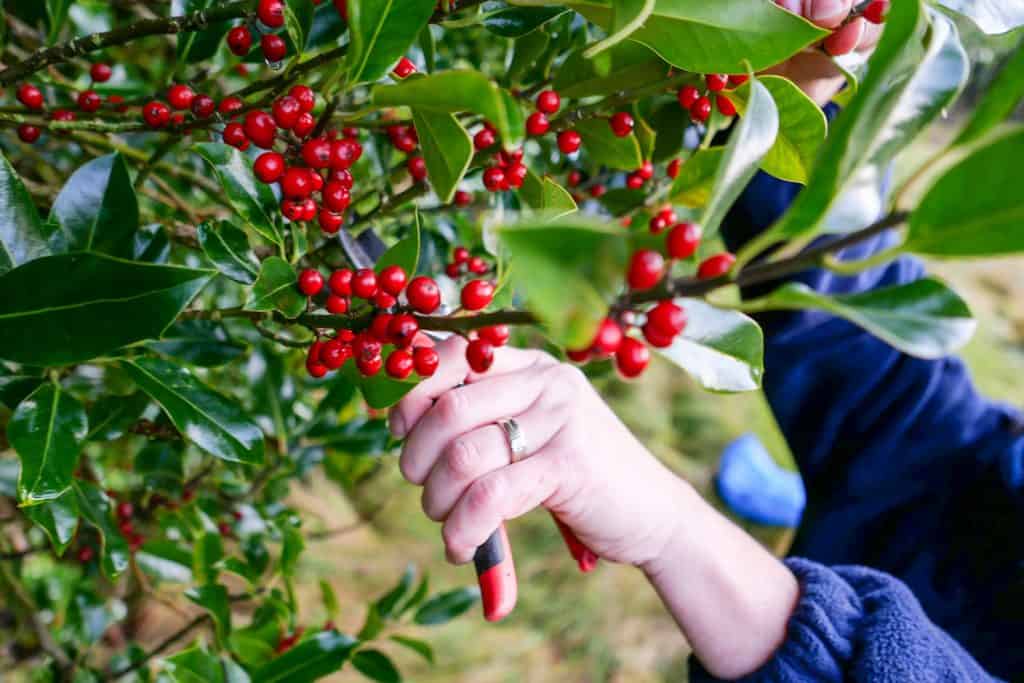 In addition, though cut holly thrives in cool temperatures, it dies very quickly in freezing temperatures. Therefore, remember to cut holly when the temperature is above freezing.

You can also ensure that your cut holly is moist in order to keep it fresh. If you are not putting your holly cuttings on display, simply dip them in water for a few minutes to moisten them. After submerging them in the water, gently shake them dry. If you are putting your holly cuttings on display, place the stems in a vase of water. Keeping your cut holly hydrated typically lengthens its lifespan by a number of days.

Click here to find a ceramic vase for cut holly on Amazon.

What is the Lifespan of Cut Holly When Kept in Water?

The lifespan of cut holly, when kept in water, could potentially range from one week to three weeks. However, when holly cuttings are kept in water, they usually last for about three weeks, which is the upper end of their lifespan.

It's important to note that when cut holly is not kept in water, it doesn't really have the one to three week range that hydrated holly cuttings have. Instead, it dries out and dies in about a week.

If you're interested in growing holly from cuttings, you'll want to head over to this article: How to Grow Holly from Cuttings [Holly Propagation Guide]

How Do You Treat Holly Cuts?

It is best if you treat cut holly like cut flowers. When you pick flowers, you cut off the tips of the stems, and then you place them into a vase of cool, fresh water. This is exactly what you should do with cut holly. This is because, as mentioned, ensuring that your holly cuts are hydrated keeps them fresh and alive for longer. Be sure to add fresh water several times a week to the vase that your holly cuts are in.

How Long Will a Holly Wreath Last Outdoors? 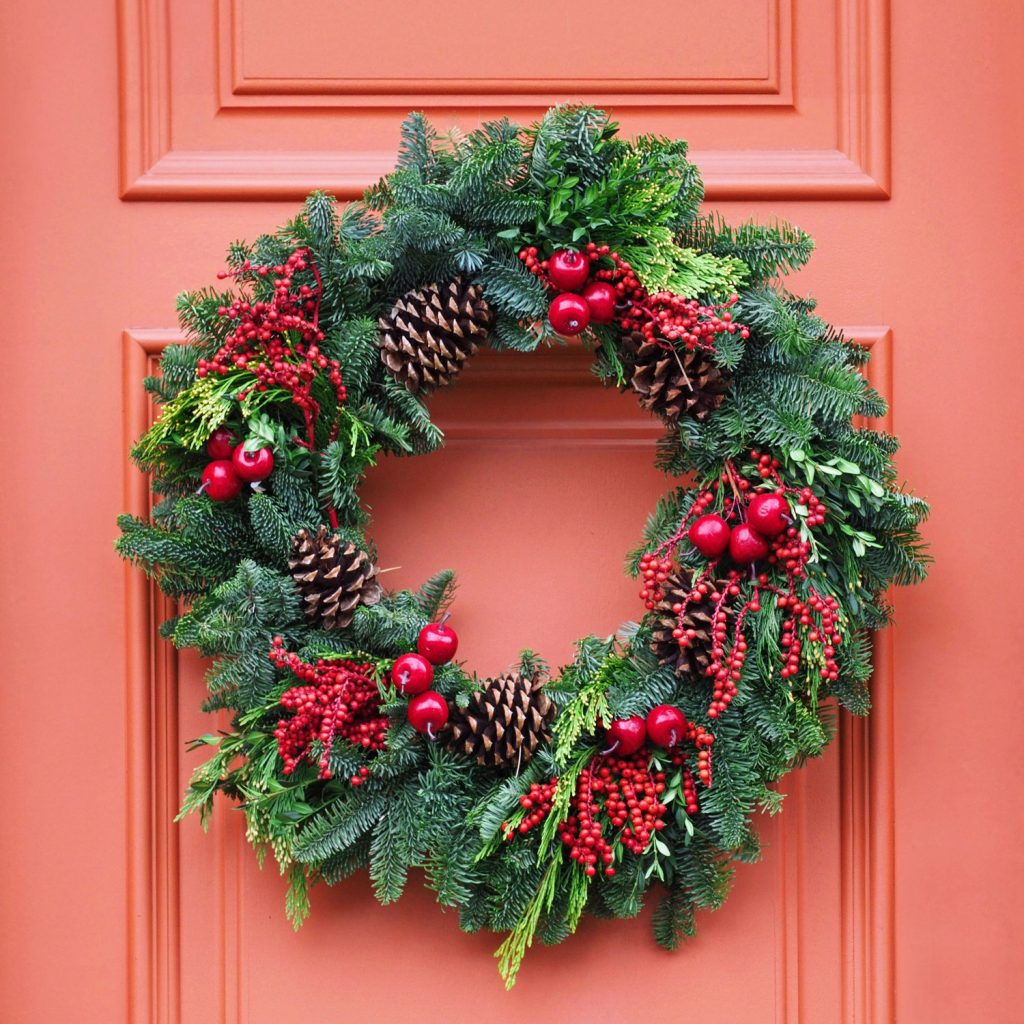 How Long Will a Holly Wreath Last Indoors?

A holly wreath will typically last about one to two weeks indoors. This means that that indoor holly wreaths have a significantly shorter lifespan than outdoor wreaths.

How Do You Preserve Evergreen Cuttings? 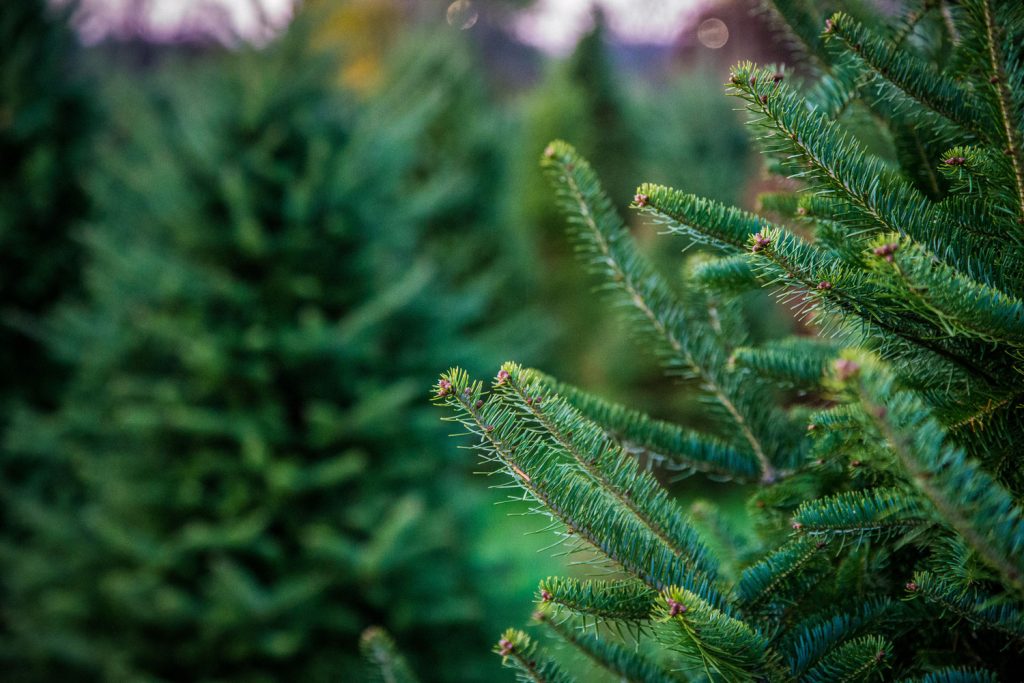 Though holly is a really popular evergreen tree, especially around the holidays, there is a multitude of other evergreen trees, including pine and fir trees. How do you preserve cuttings from an evergreen tree?

After cutting the branches, group them together in twos or threes with rubber bands. Then, hang them by a nail in a cool, dark, and dry space. Examples of good spaces to hang the cuttings include a closet or a garage. After hanging the cuttings up, you should leave the cuttings to dry for three weeks.

Holly is a beautiful tree that many people cut for festive decorations. If you are considering cutting holly, remember that it usually lasts one to two weeks as a cutting. However, you should keep cut holly in water, and this factor, along with cool temperatures, increases cut holly's lifespan to about three weeks. If you have other evergreen trees that you want to cut and preserve, remember that the best way to preserve them is to air dry them.

Before you go, be sure to check out some of our other posts:

How And When To Prune A Holly Bush