Every plant has different development needs that basically dictate or determine its lifespan. Lavender plants are no exception. However, their features and benefits render worthwhile care and maintenance. If you cultivate this kind of perennial, we have researched relevant information for you to know and apply.

The lifespan of lavender plants depends on which kind or variety you own, the climate, region, and maintenance. Spanish lavenders have the shortest life cycle, which is five years, Lavandins or English Hybrids are known to last five to six years, and English Lavenders live up to 15 years.

Although lavender varieties have different lifespans, care and maintenance would greatly determine their longevity. In this article, we aim to inform and guide you towards the proper ways to increase the life of your lavender plant. If you wish to find out more, continue reading! 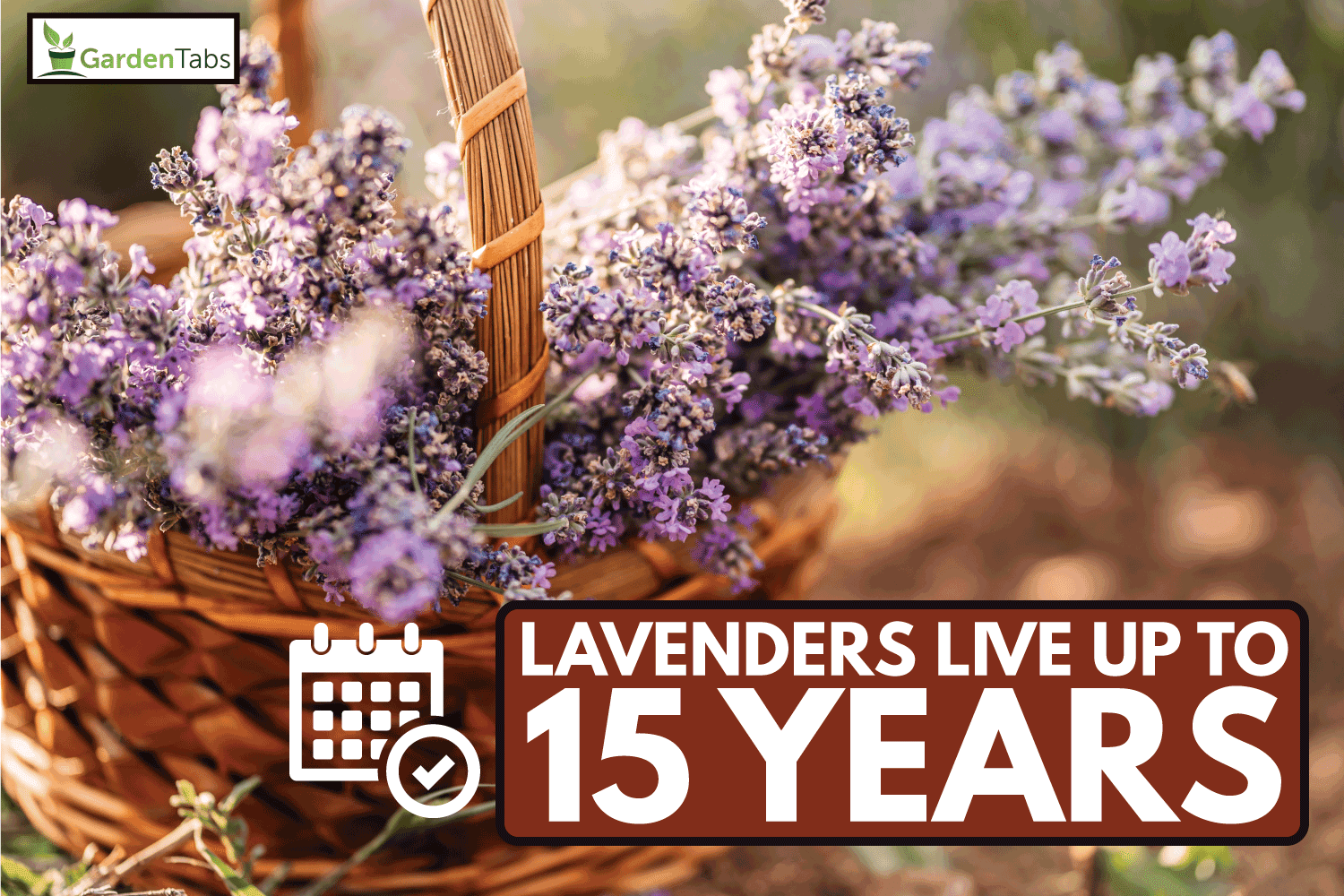 Lavender, also referred to as Lavandula, is a flowering plant belonging to the mint family, and can be found all across the globe. It is a native of Africa, Europe, Asia, and Mediterranean countries.

It is widely cultivated for the extraction of its essential oil because of its herbal, medicinal, culinary, ornamental, and other various uses.

The term lavender came from the Latin root word "lavare" which means "to wash". Interestingly enough, Ancient Rome, Persia, and Greece had incorporated lavender oil into their baths because they believed that it purifies their body and mind.

In Ancient Egypt, the oil extracts were used in the mummification process, making it the earliest recorded use.

Their colors vary from the various shades of purple, blue, and white pink. 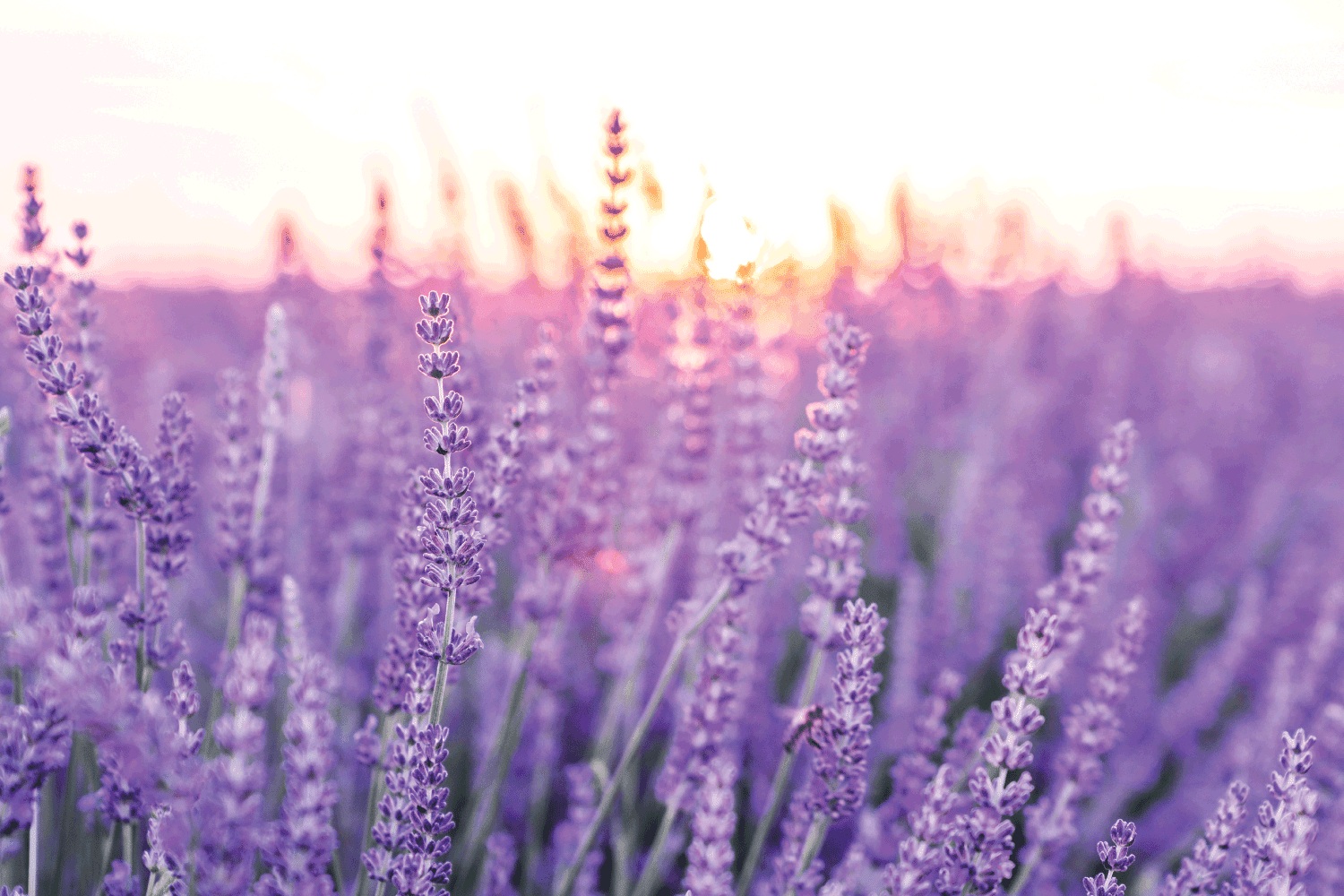 You can determine or have a general concept of your lavender's lifespan based on its variety. Tender species live for about five years. They are those plants that do not survive freezing temperatures.

On one hand, hardy varieties tend to last for about 15 to 20 years, especially when pruned properly. This type of plant is tolerant to frigid conditions. Spanish lavender is fairly short-lived since they typically last for five years.

Lavandins have a lifespan of five to six years, while English lavender can reach up to 15 years.

Planting and growing the wrong species in certain regions can affect their longevity. Some varieties can survive the coldness of the winter months, while others can only thrive in warm temperate climates.

English lavenders are the only hardy variety that copes and tolerates frost, ice, and snow throughout the cold season, and other growing conditions which are delicate to most species.

Not meeting the required maintenance and growing requirements can result in wilting and dying.

Lavenders are not considered as high-maintenance plants because they are relatively easy to care for. Frequent watering is not necessary since they do not want to sit in wet and soggy soil. 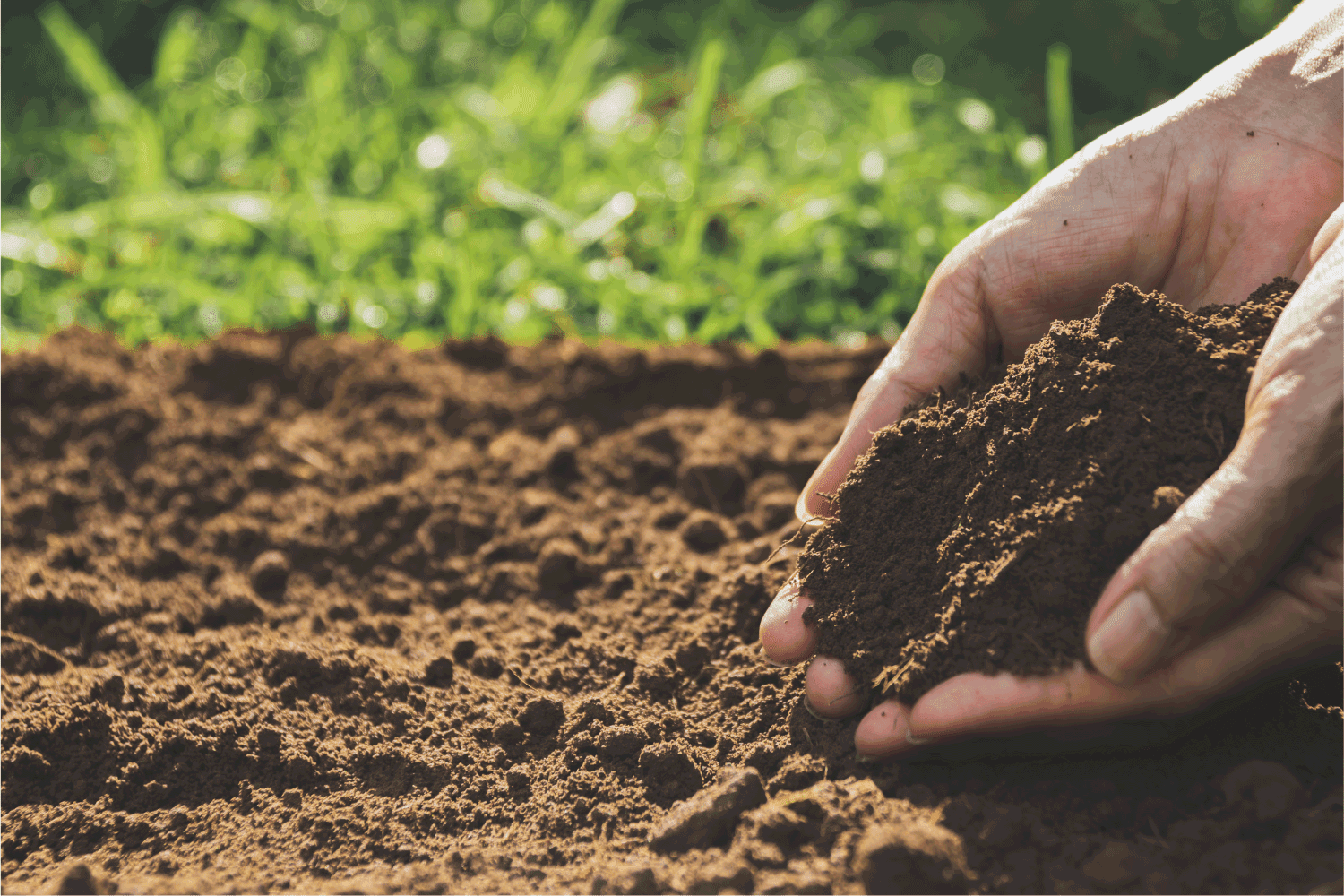 In their natural habitat, lavenders grow well in low well-draining sandy soils that hold little moisture, and that contain low nutrients. They will not thrive well in heavy and compacted soils such as clay because water drains too slowly.

Too much moisture around the roots causes root decay which can eventually kill your plant. While this is the case, you can make your own potting mix.

Perlite and coarse sand are the best mixtures since these items promote proper drainage without lowering or increasing the soil's pH level.

PH is the measurement that refers to the acidity and alkalinity of the ground. Lavender specifically prefers alkaline soil with a pH level between 6.7 and 7.3.

Lavenders do not necessarily need to be fertilized because they tend to do well in environments that contain small amount of nutrients. This plant naturally grows in sandy soils which are not filled with too much nutritional values.

With that being said, feeding your lavender frequently can decrease its lifespan. The only time you can fertilize this perennial is during spring, specifically at the beginning of the growing season.

Apply an inch of mulch—decomposed gravel and granite—around the plant or use a slow-release fertilizer. This provides ample nutrients that can last throughout the year.

Do not feed during fall either because it will only produce tender new growth that will get damaged or killed around the winter months.

Lavender plants survive and grow well in dry conditions since they are accustomed to the hot weather in the Mediterranean regions.

Established plants or those that are at least two years old do not actually require any additional watering since they are attaining enough water from the rain that can last them even during long dry spells.

While this is the case, if your lavender is newly planted, water it once or twice a week. Mature plants need to be watered every two to three weeks until buds form and develop.

Too much watering can make the plant susceptible to root decay and fungal disease. Drooping and browning of the leaves are signs of overwatering. Quickly remedy the issue by placing your lavender in a fresh new potting mix.

Species of lavenders tend to grow well in warm and moderately dry conditions, sunny summers, and mild winters. Since the perennial came from Mediterranean countries, it generally thrives in temperatures ranging between 68 to 86 degrees Fahrenheit.

High humidity basically encourages the existence of various fungal diseases while intense heat can result in low productivity and low quality of products such as essential oil and floral stems.

If high humidity seems to be a problem, you can surround your lavender with dehumidifying plants such as palms, Boston fern, and orchids.

A soil temperature of 65 degrees Fahrenheit generates growth and regeneration after the harvesting season.

During the winter months, keep your lavenders indoors to protect them against the freeze-thaw cycle and frigid conditions.

If the plant is located in a garden bed, cover the bases with a well-draining mulch like pea gravel. The mulch will regulate the soil temperature, preventing the roots from freezing. Cover the plant itself with a breathable fabric such as a garden blanket.

In their natural habitat, lavenders receive full sunlight all day. Ensure that your plant gets the sunniest location in your garden.

Throughout the spring and summer seasons, this perennial requires at least six hours of direct light per day to encourage healthy growth.

The fragrance, oil, and flowers mainly depend on the amount of sunlight exposure your plant receives. More exposure promotes better development and product yield.

What Are The Benefits Of Lavender? 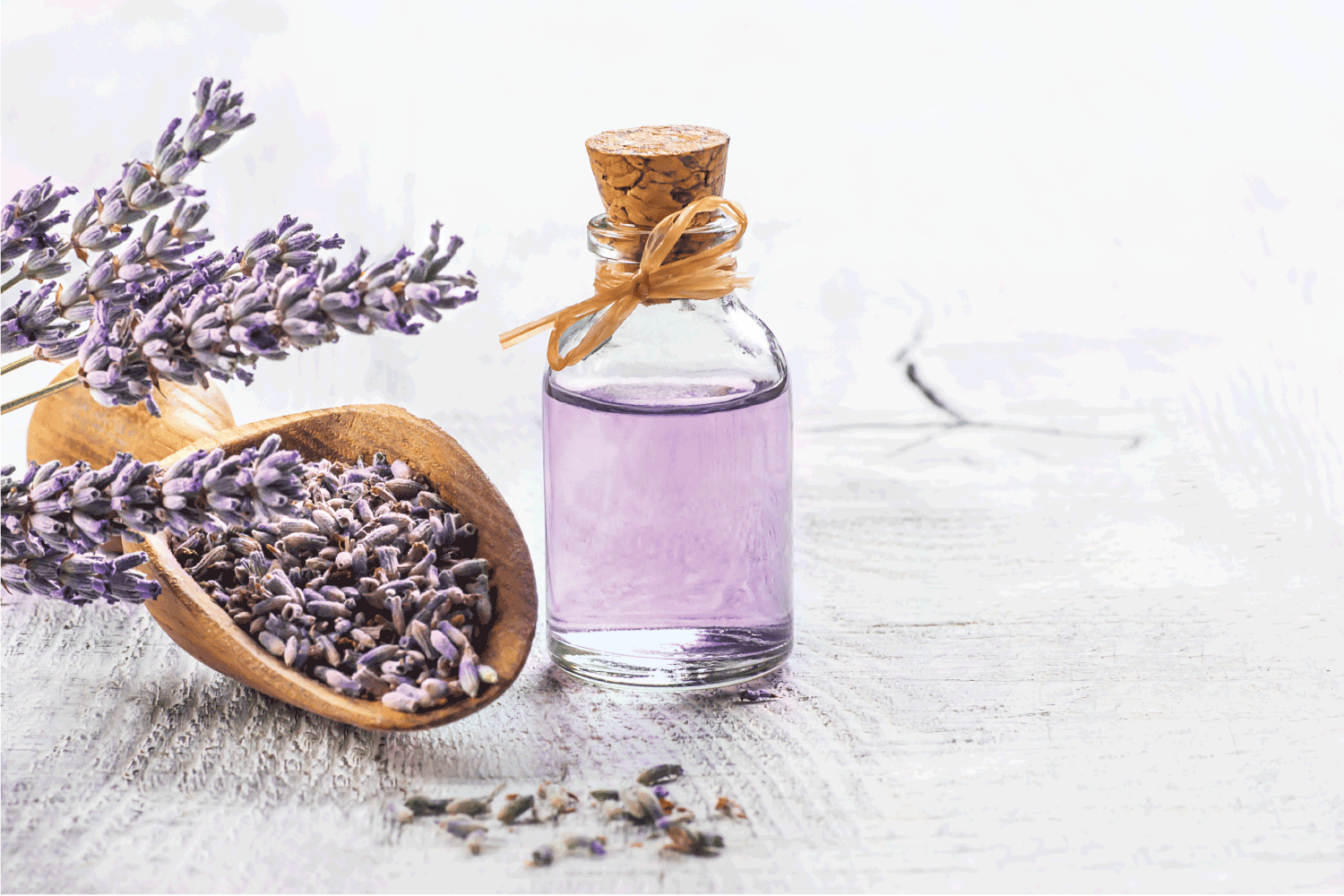 Aromatherapy, also referred to as essential oil therapy, is a holistic treatment that involves the use of natural plant extracts to promote a healthy well-being. It considerably improves both mental and physical health.

In various small studies, inhaling lavender's essential oil is known to improve sleep quality, reduce anxiety, and promote relaxation in people who suffer from sleep disorders such as insomnia.

Lavender oil may help treat alopecia aerata, a disease that causes patches of hair loss. In an older study, applying or massaging mixtures of thyme, lavender, cedarwood, and rosemary on the scalp for seven months has improved hair growth.

While this is the case, the effect of lavender may seem vague because of all the other natural oil in the equation.

In traditional medicine, lavender has been used as a remedy for burns, and it has been proven in older research. It has antimicrobial properties that help prevent infections after getting a burn. 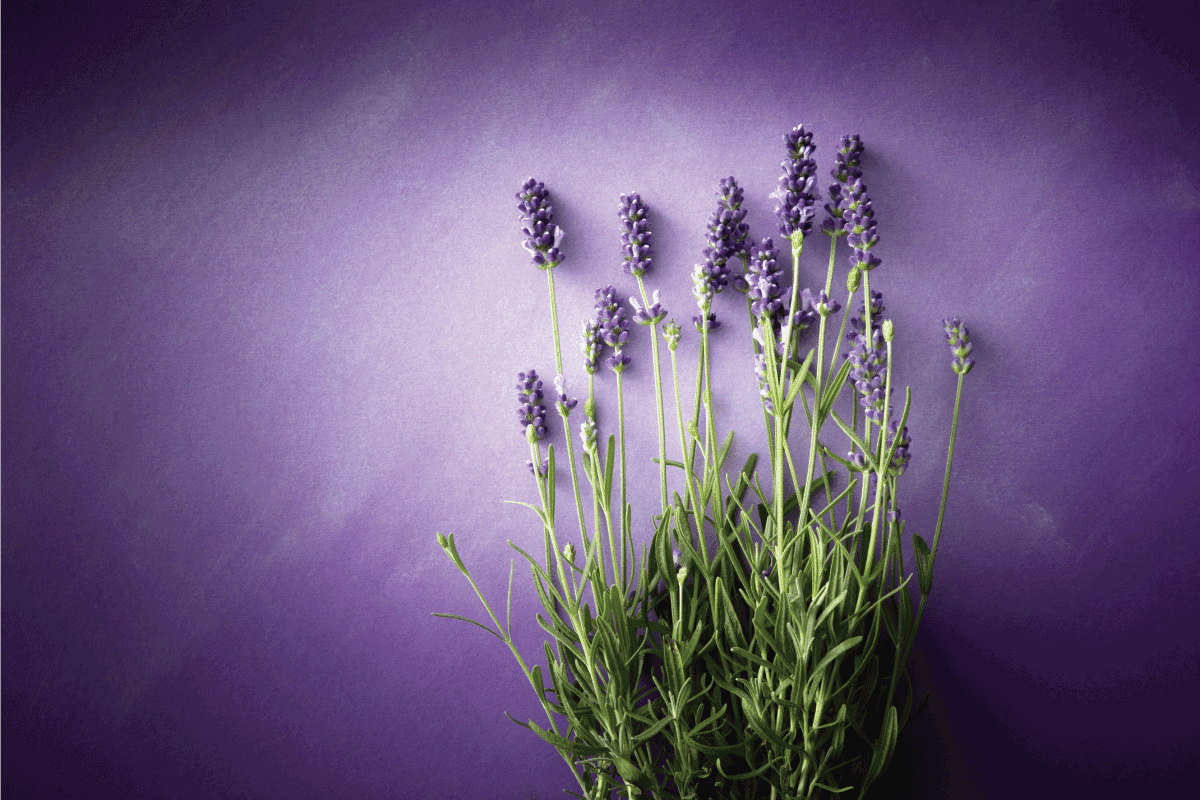 Lavender basically relies on its natural capability to survive. Since this plant is wired that way, it is not a high-maintenance perennial.

Just remember to provide its basic sunlight requirements for it to thrive. We hope you have found this article helpful and insightful.

Can Lavender Grow In Clay Soil?