Do you own a Schefflera plant? Or perhaps you've heard of them and are considering adding one to your plant collection. If so, you might be wondering how to get intricate systems of aerial roots like you've seen on other Schefflera. You're in luck because we'll tell you how.

Schefflera plants naturally grow aerial roots, so getting them to grow on yours is a matter of encouraging this natural phenomenon. Aerial roots grow best in an environment that is humid but not too wet. You should also make sure to keep your Schefflera in bright sunlight that is not too direct.

If you still have some questions about aerial roots on Schefflera, don't worry. In this post, we'll discuss the topic in greater detail. Do you still want to know more about how to care for this beautiful plant and encourage aerial root growth? If so, just keep reading! 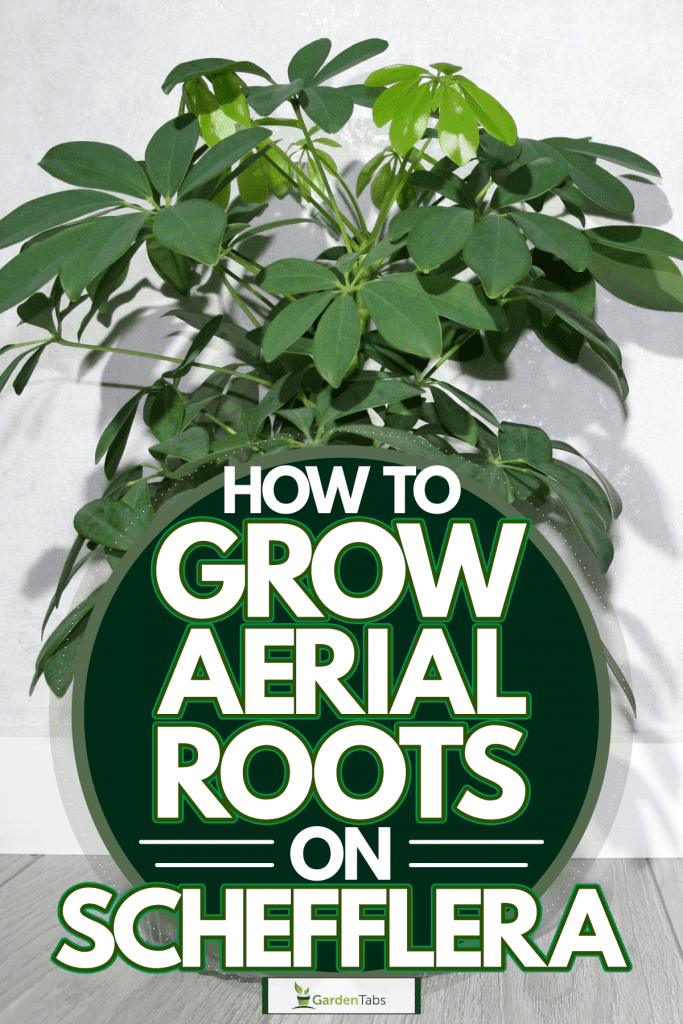 Schefflera is a genus of plants of which the most well-known varieties are the umbrella tree and dwarf umbrella tree. These small tropical trees are very hardy and require relatively little care, so they're popular as houseplants.

The umbrella tree is native to northern Australia, Java, and New Guinea, while its dwarf cousin is native to Taiwan and southern China. They can be grown outdoors in USDA hardiness zones 10-12 but otherwise must be kept indoors for the majority of the year.

Umbrella trees are poisonous, so you should make sure to keep them away from children and pets. You should also wear gloves when handling the plant, as the toxic compounds in its leaves can cause skin irritation.

Like many other tropical plants, Schefflera need quite a bit of sunlight, but it cannot be too direct. Imagine a rainforest in which the upper tree canopy filters the hot sun. You can recreate this in your home by putting your Schefflera by a window with a sheer curtain over it, for example.

If the sun is not filtered in some way, it can burn your plant and cause the leaves to wither and die. 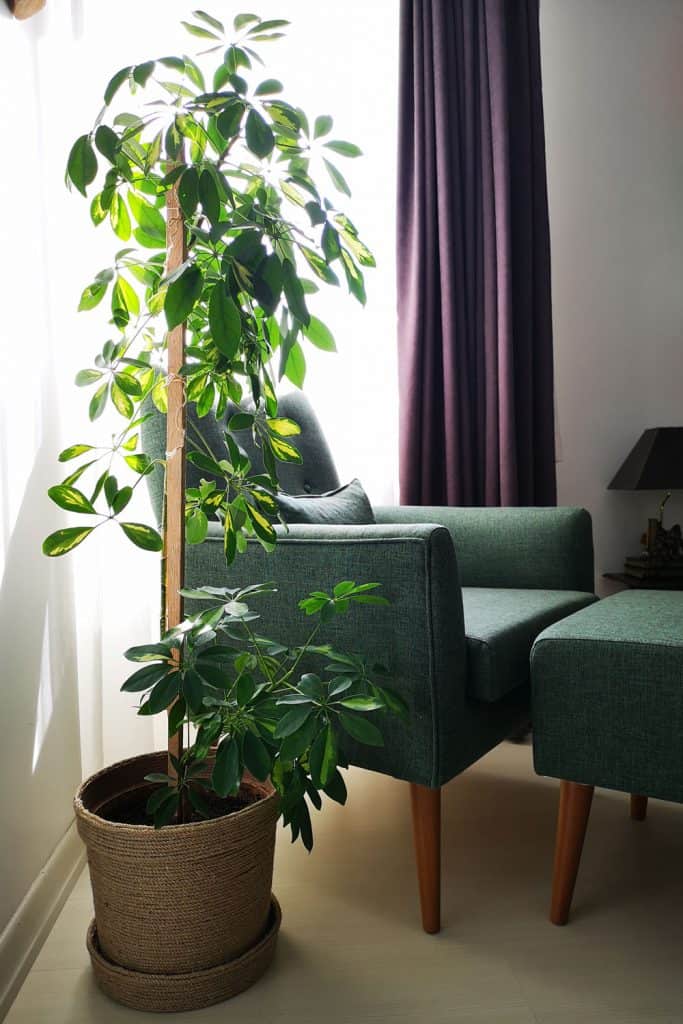 Do Schefflera have aerial roots?

In the wild, Schefflera sometimes grow as epiphytes, clinging to the trunks of other trees in the rainforest. To this end, they have adapted to develop aerial roots.

Some Schefflera cultivators want to encourage their indoor plants to grow aerial roots as well, often because they want to shape the tree into a bonsai. If you want to do this with your plant, the secret is extremely high humidity. 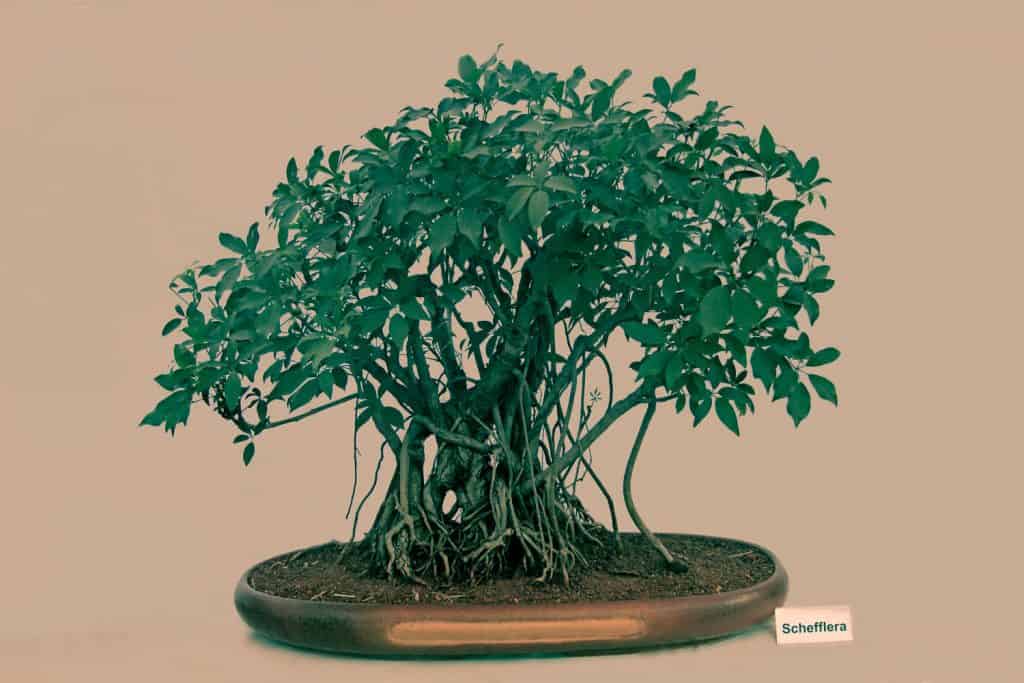 If you don't live in a humid climate—or if you simply don't want your house to feel like a rainforest—you will probably need to put the plant in an environment that traps humidity in some way.

A greenhouse is one option, but for smaller trees, you can use aquariums or even plastic garbage bags. The goal is to retain moisture while still allowing the plant to receive sufficient light.

New aerial roots are extremely vulnerable to drying out and dying, so the tree should be kept in its extra-humid conditions until the aerial roots have obtained a protective bark coating that will help prevent drying out.

Some gardeners will use plastic straws or similar objects to direct the newly formed aerial roots towards the ground since they cannot finish their growth process unless they're able to root into the soil. However, this is not strictly necessary.

What do aerial roots do?

In Schefflera, aerial roots primarily serve to absorb additional moisture and nutrients from the air. Since these plants are native to rainforests, they've adapted to thrive in very humid conditions. Aerial roots are one such adaptation.

Should I put aerial roots in water?

Aerial roots on Schefflera are adapted to absorb moisture and nutrients from the humid air of the parent plant's native rainforest. Putting them in water is a bad idea because this could make them too wet and encourage rot.

If you're trying to encourage aerial roots and find that they keep drying out, you could try misting the plant with water or simply keeping the environment around the plant very humid.

One exception is if you are trying to propagate new plants from your umbrella tree. Aerial roots grow from the same sorts of nodes that produce regular roots and leaves, so you could take a cutting that includes the node which is sprouting aerial roots and place it in a container of water.

The aerial roots may adapt and become regular underground roots, but it's also possible that they'll rot, so you might want to trim them off the node first.

Generally, you should also avoid covering aerial roots in soil. If the root naturally grows into the soil then let it do so. However, prematurely covering an aerial root with soil could cause it to simply rot. 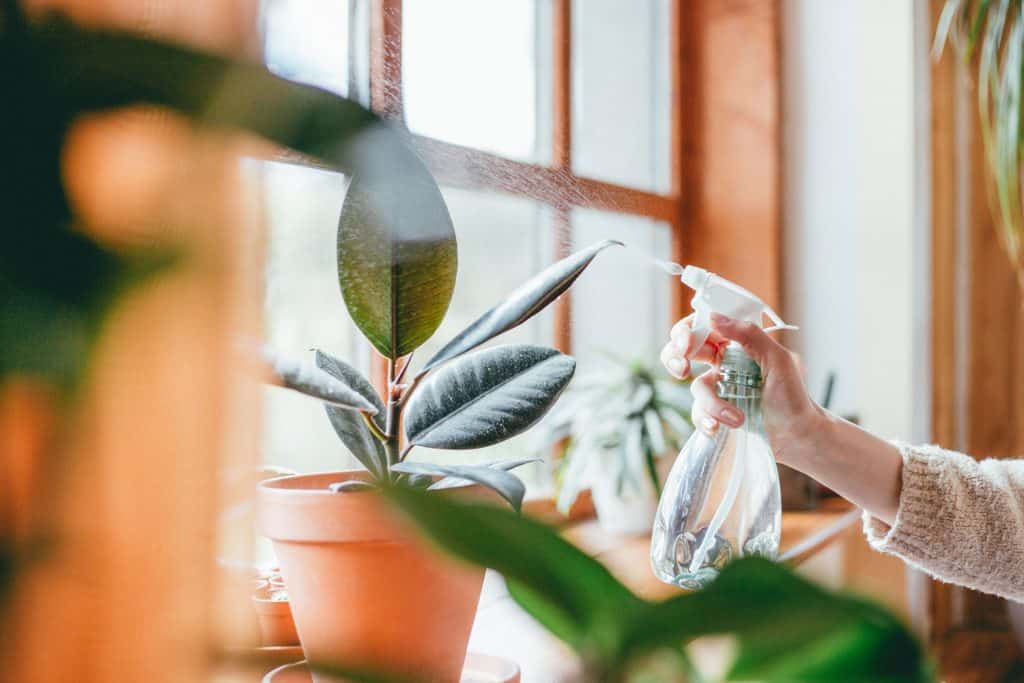 Can aerial roots get rot?

Although Schefflera thrive in humid environments, it is always possible to have too much of a good thing. One of the most common problems is root rot due to overwatering. Other parts of the plant can also rot if they get too wet, and that includes aerial roots.

It's normal for aerial roots to become browner as they age, so if this happens, don't be alarmed. Truly rotten roots will be dark brown and mushy and may even give off an unpleasant smell.

Cut off any rotten aerial roots with sharp sanitized shears and throw them away. It's generally not a good idea to compost clippings from a plant afflicted with root rot. This can introduce harmful fungal spores into the compost and thereby infect other plants in your garden.

Rotting aerial roots could also be a symptom of larger rot issues. If your plant seems to be struggling, gently unearth a few roots and make sure they're firm and pale.

If the roots are rotting, you will need to remove the plant from its pot, trim off diseased sections of roots, and use a mild sanitizing solution on the remaining roots. Afterward, replant it in a new pot or in the old pot only after it has been thoroughly cleaned and sanitized.

Go to Amazon to get these great pruning shears.

Is it okay to cut aerial roots? 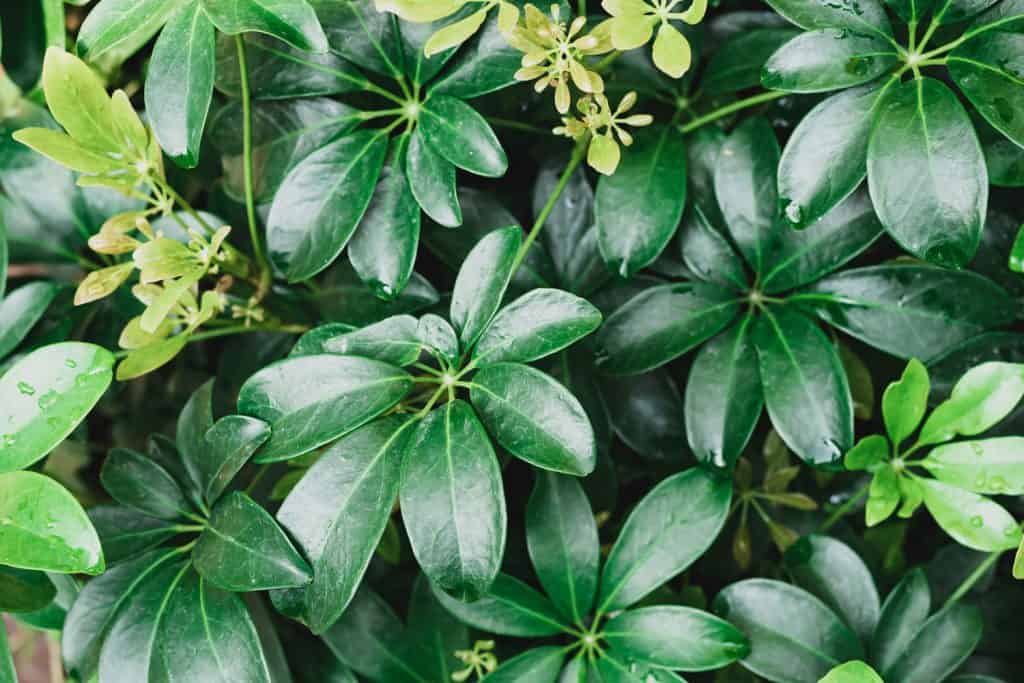 Cutting aerial roots is perfectly fine and shouldn't cause any harm to your Schefflera. Wear gloves to protect yourself from irritating compounds in your Schefflera's leaves. Use shears that have been sanitized so that you don't introduce any diseases to your plant via the cut portion.

Make sure your shears are sharp so that you can make a clean cut without damaging the plant, and cut far enough away from the node that you aren't damaging the main stem.

What happens if you cut off aerial roots?

Although cutting off aerial roots won't harm your plant, keep in mind that aerial roots are a natural part of the Schefflera's life cycle. If you cut off an aerial root, the plant might send out even more roots from the same spot.

Alternatively, it might produce roots from nodes on different parts of the plant. The only way to guarantee that you will never get aerial roots is to grow a different kind of plant! 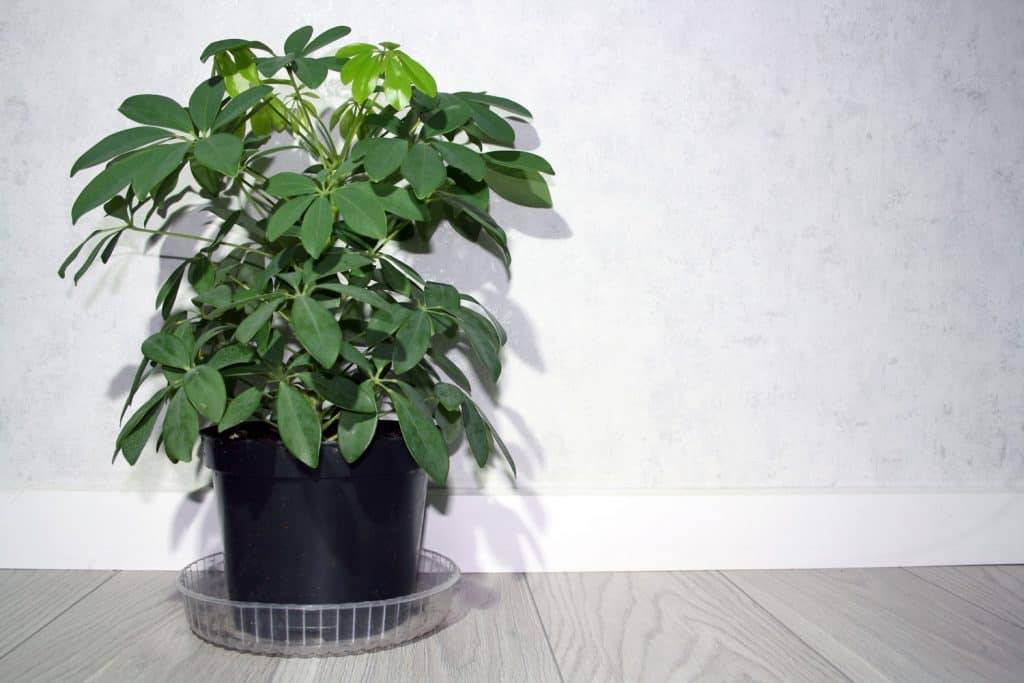 Schefflera make an attractive houseplant that is easy to care for. However, they do have some special features that you don't always see on other plants such as intricate aerial root systems. Now that you've read this article, you should know how to care for aerial roots while also keeping the whole plant healthy. Now it's time to go enjoy your garden to the fullest!

Before you go, check out these related posts:

Does A Schefflera Plant Bloom?

How Far Apart To Plant Schefflera

Why Is My Schefflera Losing Leaves?