Weeping cherry trees can be grafted or seedlings grown from seed. Are you thinking of buying and growing one in your yard but don't know which one is better? We researched to help you understand their main differences and will share what we found below!

The major differences between a natural and grafted weeping cherry tree include:

You can have an attractive fountain-shaped tree in your yard with proper pruning and maintenance. So, continue reading to learn more about these trees' pros, cons, and other facts!

Grafted Vs. Natural Weeping Cherry Tree: How Do They Differ? 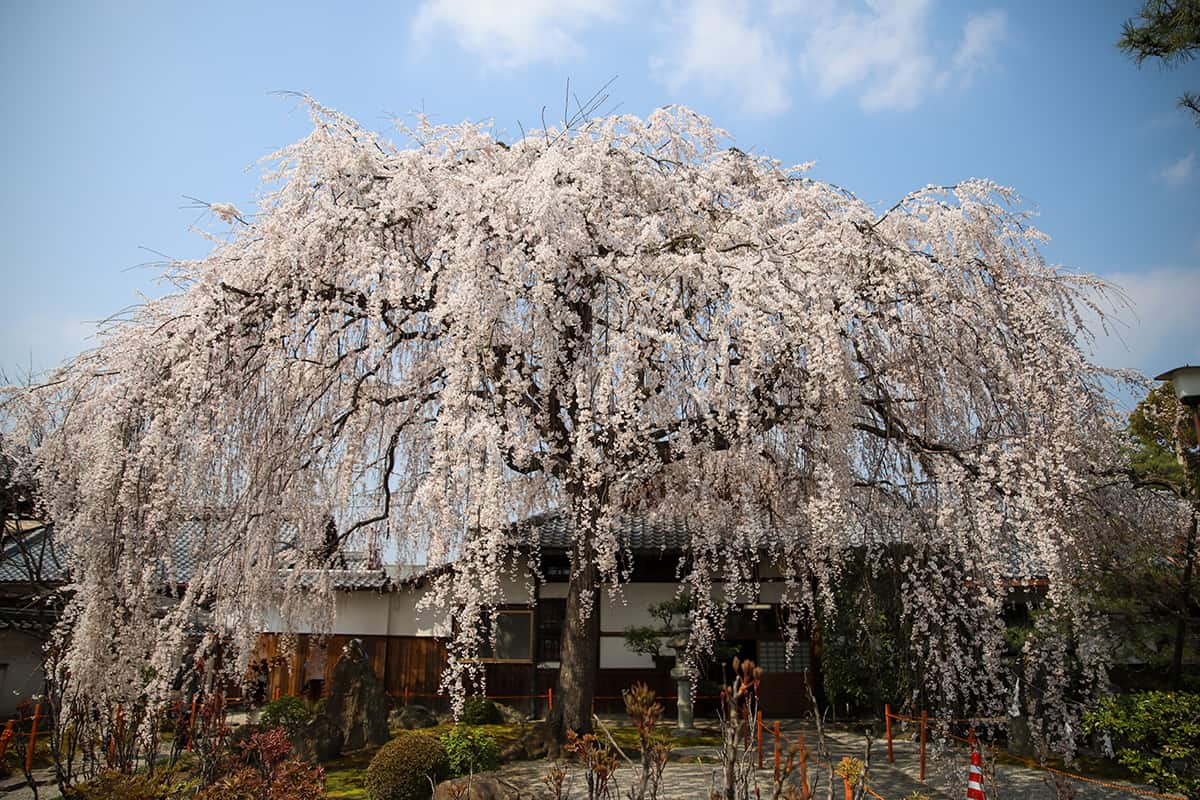 Both the grafted and natural weeping cherry tree have a beautiful weeping effect. However, you should be aware of their differences to provide the appropriate care your ornamental tree needs.

Each seedling type has every side of the coin, and let's dig deep to find out.

Seedlings and mother cuttings are both naturally grown on their roots. They have no apical dominance that standard cherries have.

Therefore, they develop a twisted main stem that can't stand upright. You need to train them by staking the branches at your desired height for them to weep. They'll look messy if you don't do this.

If the branches are properly trained, they can produce a beautiful weeping effect.

On the other hand, the grafted seedling has both the advantage of a straight and robust rootstock and a drooping branch. It is a mutation from a better variety of standard and weeping cherry trees.

A knot develops on the grafted area near the tree's crown.

Either is susceptible to common diseases and pests if not given the right environment and proper care. The rootstock of the grafted seedling might be resistant to potential pests, which offers an advantage.

However, the knot that develops on the grafted area can be susceptible to infections when the attachment is poorly done.

The reversion occurs on grafts that could have taken better or due to poor pruning of a grafted cherry tree. The suckers that grow near the crown below the knots are non-weeping branches that will have an upright growth.

Your tree will revert to the original non-weeping host tree instead of the weeping branches you want. It will be challenging to fix and reinitiate the drooping down and the offshoots' color if too many upright suckers grow through the grafts.

There is no reversion for the naturally grown trees due to their innate characteristics. It may be alarming to see some upward-growing branches, but as they extend, they will eventually bend down.

Also, you will lose their weeping shape after pruning them, but just let them be, and they will weep down after some time. 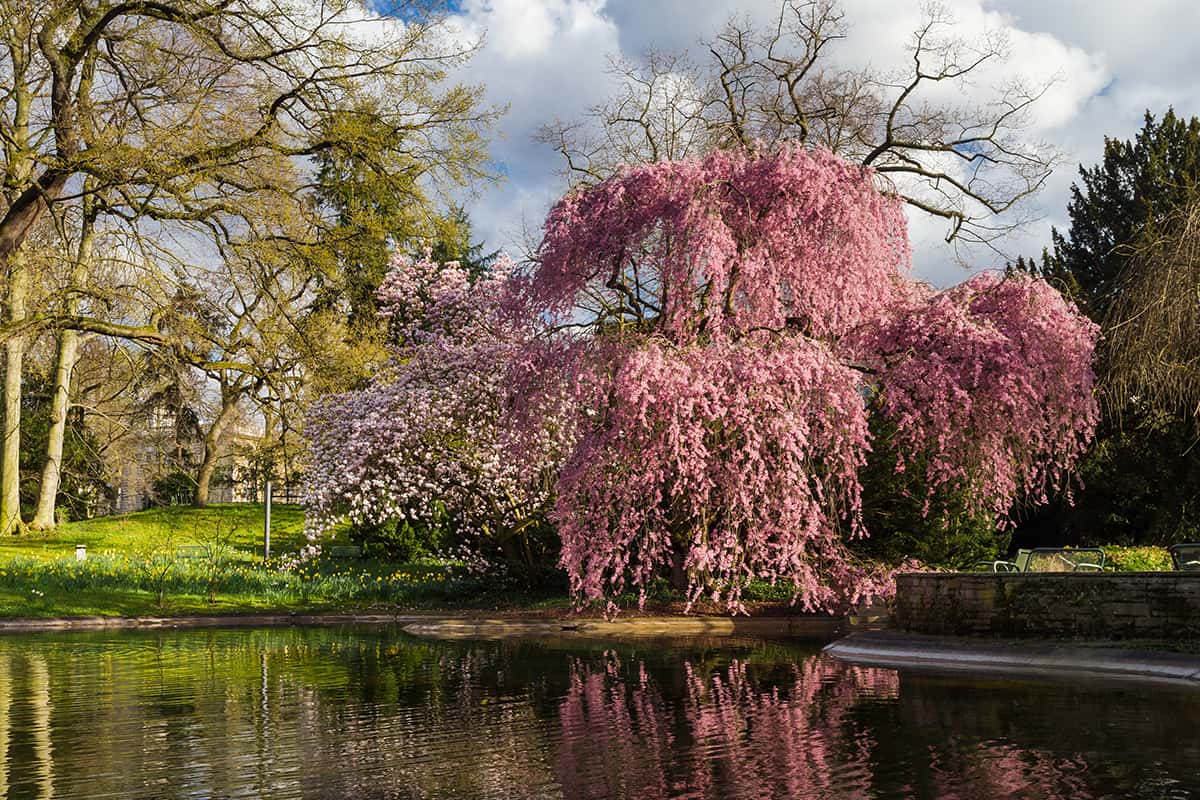 All weeping cherry varieties display a breathtaking, arched branch blooming with elegant flowers in spring. The weeping Higan is the most popular among them.

What's best is that it is a cold-hardy ornamental tree that is not high maintenance and can be adaptable in almost hardiness zones when adequately cared for.

But, despite its hardiness, you still have to understand its characteristics to sustain its weeping feature.

Whether you propagate fruit trees by yourself or purchase them from a garden nursery, all fruits are produced, either seedlings grown from seed, cuttings, or grafts.

Flowering cherry tree seeds have a hard-outer seed coat that requires cold stratification to break embryo dormancy. It may take about a year to propagate the ornamental tree. You can do this germination process at any time of the year.

The method involves cutting out a two- to four-node branch from a healthy mother plant during summer. This is considered more efficient than growing from seeds.

However, other varieties of wild flowering cherry trees have straight and sturdy trunks, making them harder. But it doesn't have a more charming canopy as the weeping tree has.

A weeping cherry variety is grafted to a fast-growing and non-weeping rootstock, Mahaleb or Mazzard, to acquire a strong weeping habit and sturdy trunk.

How To Tell If Your Cherry Tree Is Natural Or Grafted 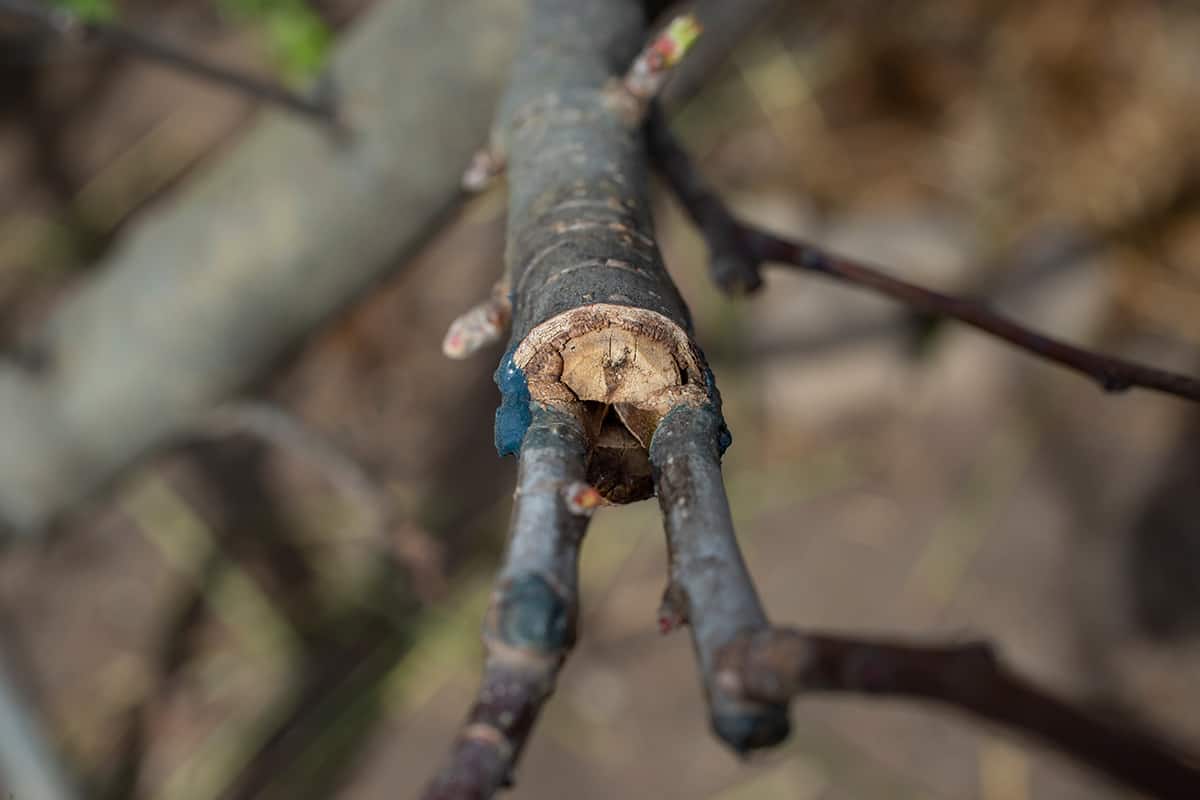 Pruning is an essential maintenance practice to keep your tree from weeping thickly and beautifully. It will be best to cut when the tree is dormant during early spring or late fall.

However, there are essential things you should know before pruning a weeping cherry tree. It is to determine whether your ornamental plant is naturally grown or grafted. The two types of seedlings differ in how and which branches to trim.

To distinguish a grafted tree, look for the knot or scar that results from the connecting parts. The knot will be near the tree's crown, from a foot below the crown.

You can also see a difference in the color and texture of the bark between the host tree and the connected weeping variety. 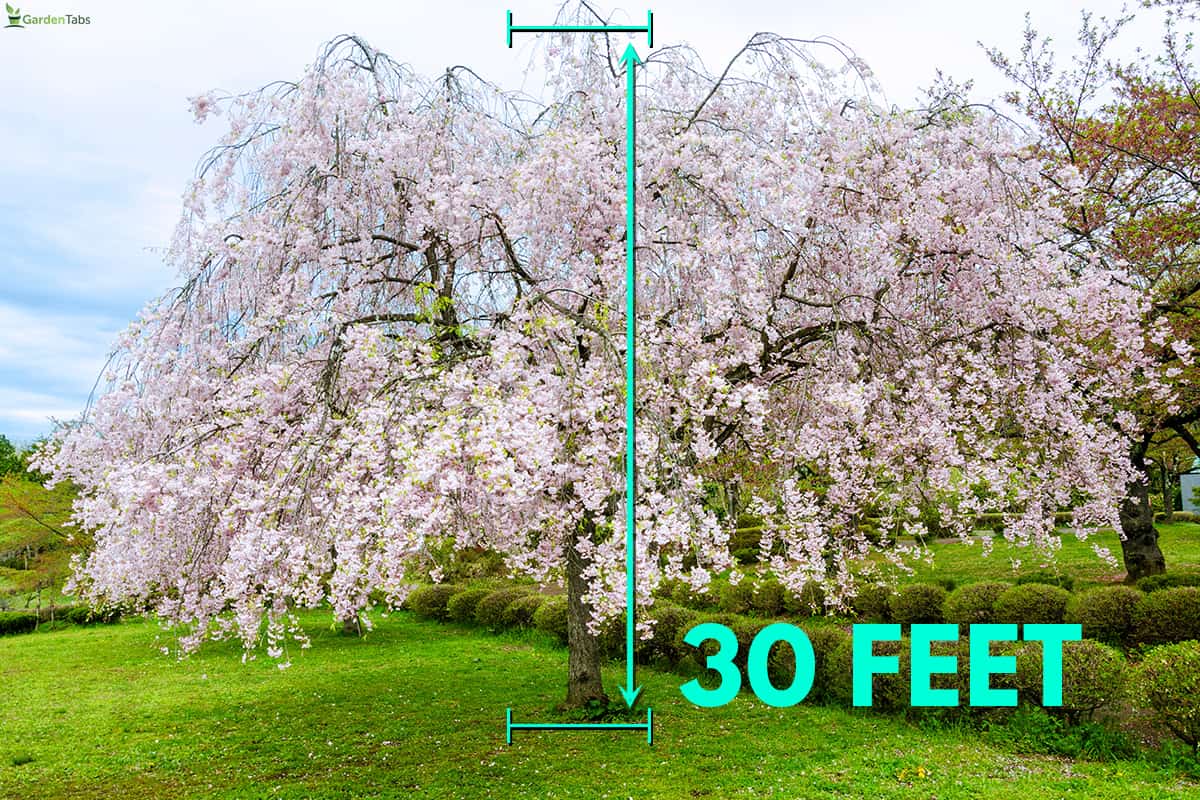 The newly grafting of a weeping cherry tree as the top graft with a rootstock of a wild cherry can be between three and five feet above the ground. Many people think that grafted trees of these kinds are dwarf trees.

But actually, they are still young ones that will grow at a height the same as a natural weeping three heighten - that is, up to 30 feet tall if not cut back. If pruned regularly, they can have a thick weeping effect of branches.

How To Take Care Of Your Weeping Cherry Tree

Your ornamental tree can be the jewel in your yard. Still, it takes constant care when watering, fertilizing, and even pruning to get it into good shape. You should cut when the tree is dormant, during early spring or late fall, when no flowers or leaves are present.

In addition, trimming is not only for keeping your tree in a weeping shape, but it also gives other benefits, such as preventing the spread of diseases.

However, the pruning techniques depend on whether your ornamental is natural or grafted. You should know which seedling origin is yours, and then you're ready to go.

To execute the job, you will need bypass shears and a ladder. Also, protective gear, such as safety glasses and gloves, is necessary for protection. Make sure to sanitize your cutting tool beforehand to prevent infections.

You can start cutting out the weeping branches a half-foot above the ground for either of the two types.

On a natural tree, you can do a light trimming on the thinner crossed branches and dead or damaged ones. Sticking up branches should be uncut, for they will eventually arch down and weep as they grow.

On the other hand, snarl branches that grow at the center of the canopy should be pruned since they are not weeping and will grow upright. The wind can damage these branches easily.

Also, clean-cut the suckers that grow at the main trunk below the graft union for these branches will have the attributes of the mother plant of a non-weeping tree. An Untidy cut can encourage more non-weeping offshoots to sprout on the same wound, so please trim it neatly.

Lastly, look at the overall of your tree and give it a final touch of light trimming to get the weeping shape you want.

You can buy these pruning shears on Amazon.

Here are the things you should know when pruning your ornamental.

Weeping cherry trees can bring an elegant vibe to your landscape in spring through proper care and pruning. When trimming maintenance, a natural cherry tree doesn't demand much because the upright branches eventually arch down as they grow.

However, its weeping branches are not as much as a grafted one.

A grafted weeping cherry tree can overwhelm your garden with thick weeping branches. Still, delicate pruning is necessary to prevent the reversion of suckers.

And while we have your attention, check out these related posts below!

Why Is My Weeping Cherry Growing Straight Up?

Can You Move A Weeping Cherry Tree?