Wanting to plant a new type of tree in your garden only to realize it's poisonous can be devastating. Do you want to try growing a fir tree in your landscape but have no clue whether or not its sap is poisonous? Are fir trees safe to have around children and pets? What about wildlife?

Luckily, we've researched these questions and have the answers below!

Although most people wouldn't classify fir trees as poisonous, they are considered mildly toxic. Since this tree species produce an oil/sap that can cause adverse effects to animals if ingested, that's the main concern for many gardeners.

Furthermore, the needles from fir trees are incredibly sharp and can puncture internal organs if eaten, so you want to keep a close eye on pets or children playing near one.

As we start this article, we will cover all things fir trees and discuss whether or not their sap is poisonous. If you recently bought a fir tree, have plans to grow one, or need extra tips and tricks: we're here to help. With that said, let's dive right into this topic!

How Poisonous Are Fir Trees? What About Their Sap? 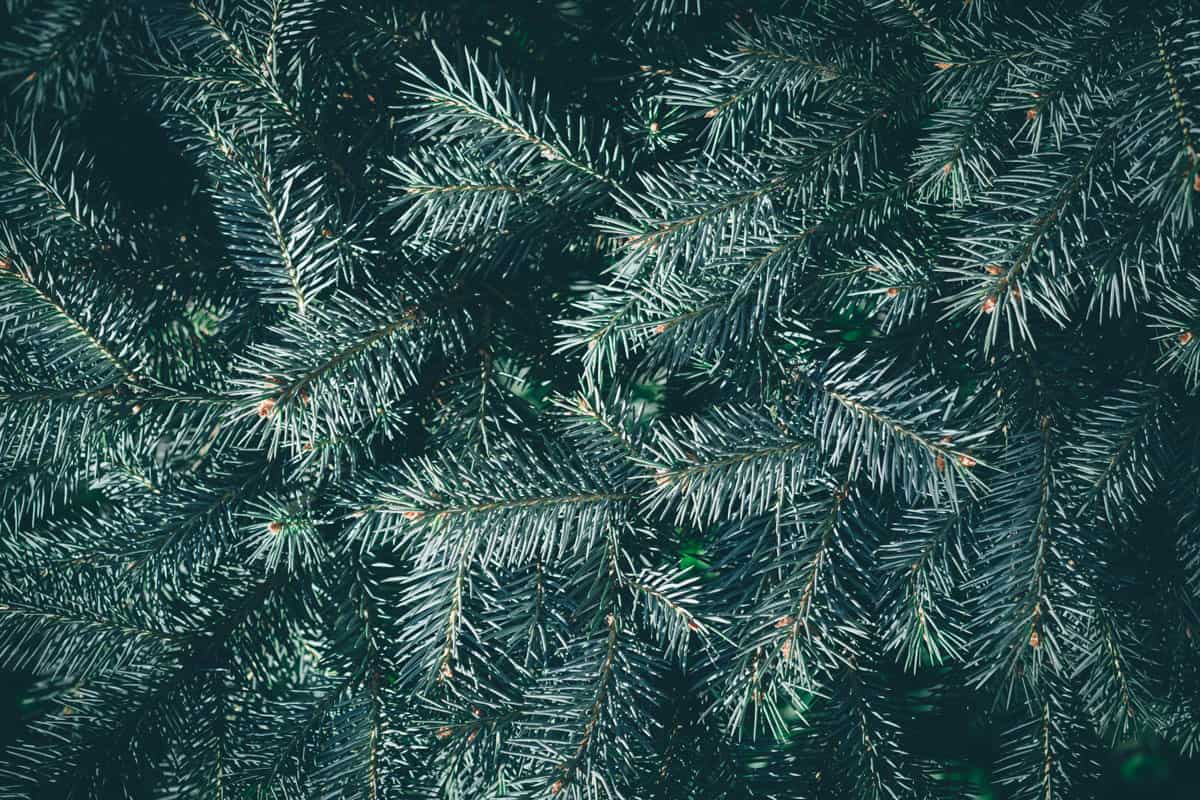 In general, fir trees aren't considered super poisonous. Instead, many experts refer to them as "mildly toxic" since they can have adverse side effects for animals if ingested.

Fir trees produce a potent sap, often used for aromas and other home products, which can make animals sick. Sometimes, curious critters go into fir trees thinking the oil is sweet or edible, only to become ill.

However, this doesn't affect all animals and shouldn't attract them. Specifically, the side effects of consuming fir oil are vomiting and diarrhea, but again, nothing too severe or remotely deadly.

Furthermore, the needles from a fir tree are not toxic, although they are sharp. So, they won't poison anyone, but if eaten in large quantities: the needles could cause internal organ damage.

Are Fir Trees Poisonous To Humans?

Unless you consume a ton of fir oil/sap or eat needles from your tree, it will not bother you. Since fir trees are very common in landscaping, it could be alarming for someone wanting this tree who isn't aware of its mild toxicity.

However, fir trees aren't usually dangerous to humans at all, but instead to wild animals. Like many pine trees, firs can be irritating if you rub on them or are sensitive to their scent.

Again, this shouldn't become too bothersome or remotely dangerous, but that's not to say it's impossible.

For example, if you have severe asthma and become irritated by fir, there is a chance of an attack. That said, no poison is entering your body, but an irritating aroma.

Many people can't tolerate firs for the smell, which is understandable. If you plant one in your garden and it's far enough away, however, you shouldn't experience any negative effects.

Is It Safe To Have A Fir Tree In Your Garden?

Overall, having a fir tree in your garden should be safe. Although this species is mildly toxic to certain animals, fir are very common and don't have many cons.

Again, if you're worried about wildlife or your pets/children getting too close to your fir and eating the oil or needles, that's when you may second guess this tree species.

However, you want to treat this tree like a regular pine. Just like a Christmas tree, you don't usually see pets eating it or taking too much attraction to it.

Fir trees are generally harmless and, in the worst situation, could cause someone to throw up or have diarrhea. This species is not nearly toxic enough to kill someone.

It is common for people to describe fir trees as strong-smelling. You might know this tree as one of the stronger-smelling Christmas options around the holidays.

Fir is very popular for harvesting around Christmas, often a top choice for many. When it comes to the smell, firs shouldn't be too potent unless you have a breathing/respiratory problem.

Most people describe these trees as sharp, sweet, and refreshing: nothing negative. Think of this species as more of a festive scent over anything too aggressive or remotely poisonous-smelling.

On top of that, you may compare the smell of fir to pine or spruce, which are both very pleasant and shouldn't be bothersome in small doses.

Of course, if you are sensitive to regular pine scents, we don't recommend planting a fir next to your bedroom window.

Can You Eat Fir Tree Tips? 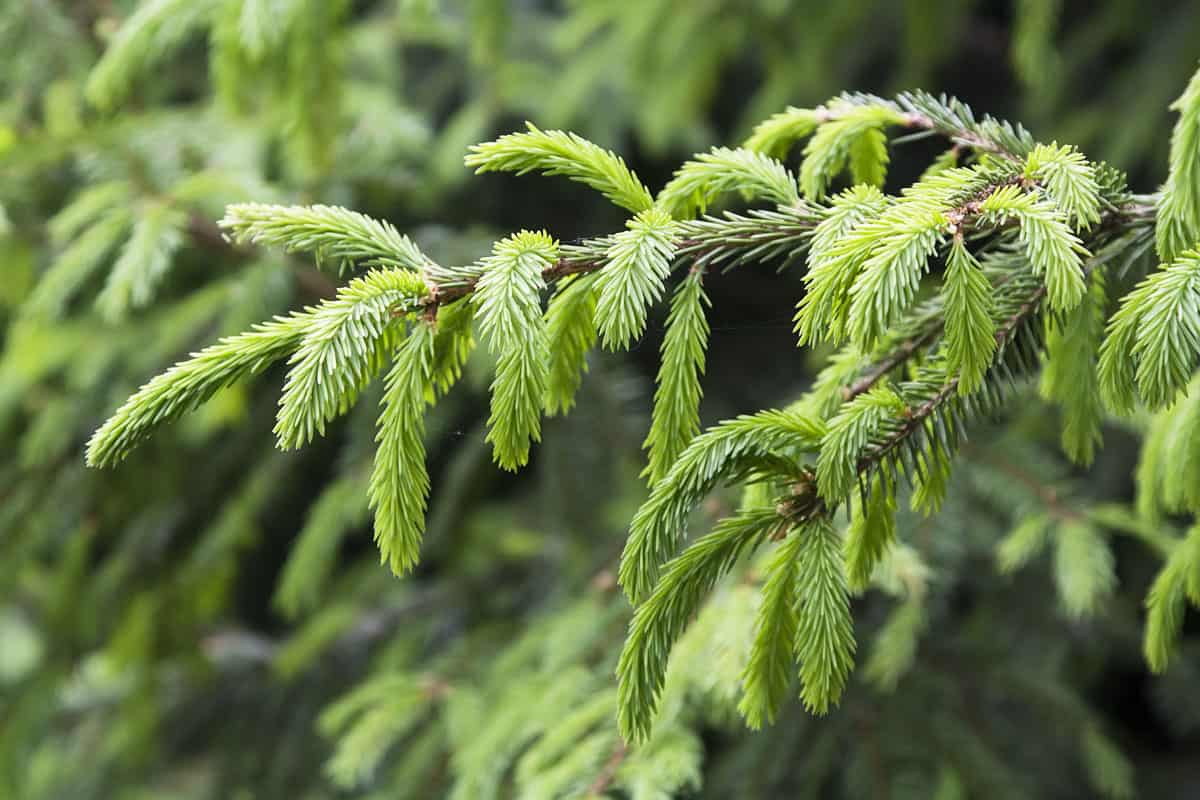 Yes! Although we don't recommend eating many fir tree tips at once, you can cook these and enjoy them in various holiday recipes. According to Tyrant Farms, you can use fir, spruce, or pine tips for cooking without any issues.

Since fir is a conifer, it is generally safe to consume. As we said before, wild animals can sometimes get into fir trees and try consuming feel needles, which is dangerous.

However, if you eat the tips of these needles, that's when there won't be a problem or danger to your health/internal organs. We recommend following a recipe for fir tips, like this one here.

Many chefs use conifer tips for ice cream, syrup, and seasoning, among countless other snacks, so these trees can serve many purposes.

Where Do Fir Trees Usually Grow? 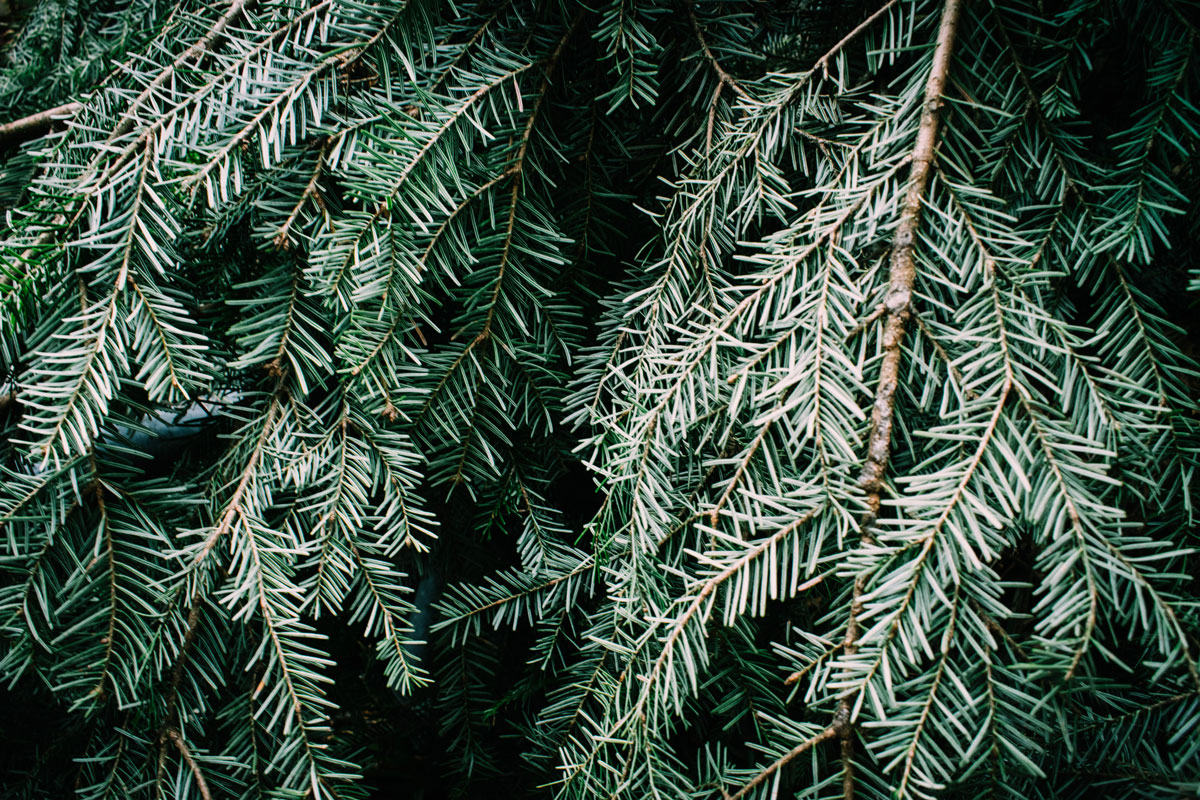 Therefore, you can expect a fir tree to be pretty tolerant of freezing weather, wherever it is. That is common for conifer trees, like pines and spruce, so it's no surprise firs are also cold hardy.

On top of that, fir trees are commonly grown throughout North and Central America, Europe, Asia, and North Africa, so they're certainly global.

To get even more specific, fir trees are a genus of 48–56 species of evergreen coniferous trees in the Pinaceae family. So, wherever you can grow a pine tree, you will likely be able to also sustain a fir.

One thing to note with fir trees is that they aren't fans of extreme heat or tropical conditions. So, someone along the southern coast of Florida won't usually want to plant this species.

Again, fir trees are hardy, but they're better at sustaining themselves in the cold than in high heat.

How Big Do Fir Trees Get? 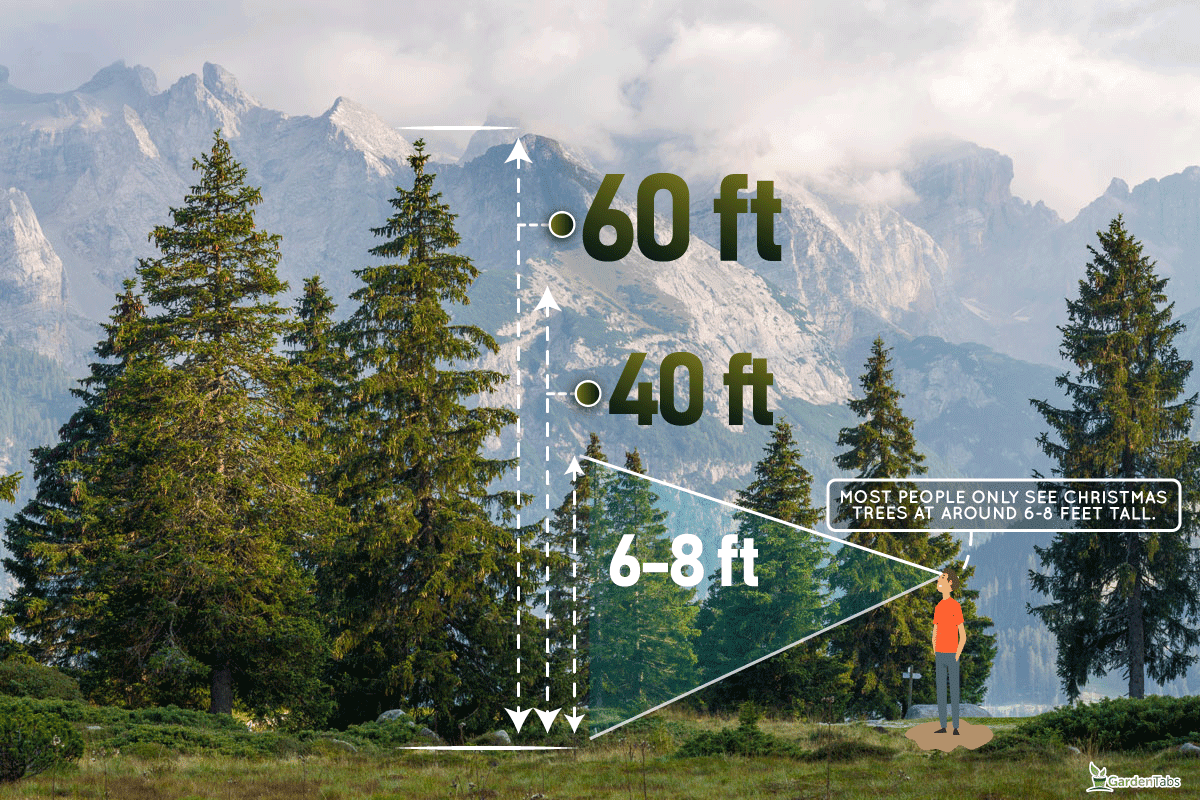 You can usually expect a fir tree to reach between 40 and 60 feet upon maturity. On top of that, their cones will measure around 2-4 inches long once grown, so that's pretty big.

Since firs are commonly harvested as Christmas trees, most people only see them at around 6-8 feet tall. However, these magnificent trees are very large upon full maturity and are stunning in landscapes.

Like a traditional pine or spruce, your fir tree will become a staple in your garden. Whether it's in the front or back yard, there's no way to miss a fully-grown fir tree.

As we also said before, your fir tree will produce an oil/sap which can be used for essential oils and other fragrance products. Additionally, you can cook the tips of the needles on a fir tree, so why not turn your conifer into a full-blown project?

Knowing this, we also recommend giving your fir tree plenty of space away from other plants.

How Fast Do Fir Trees Grow? 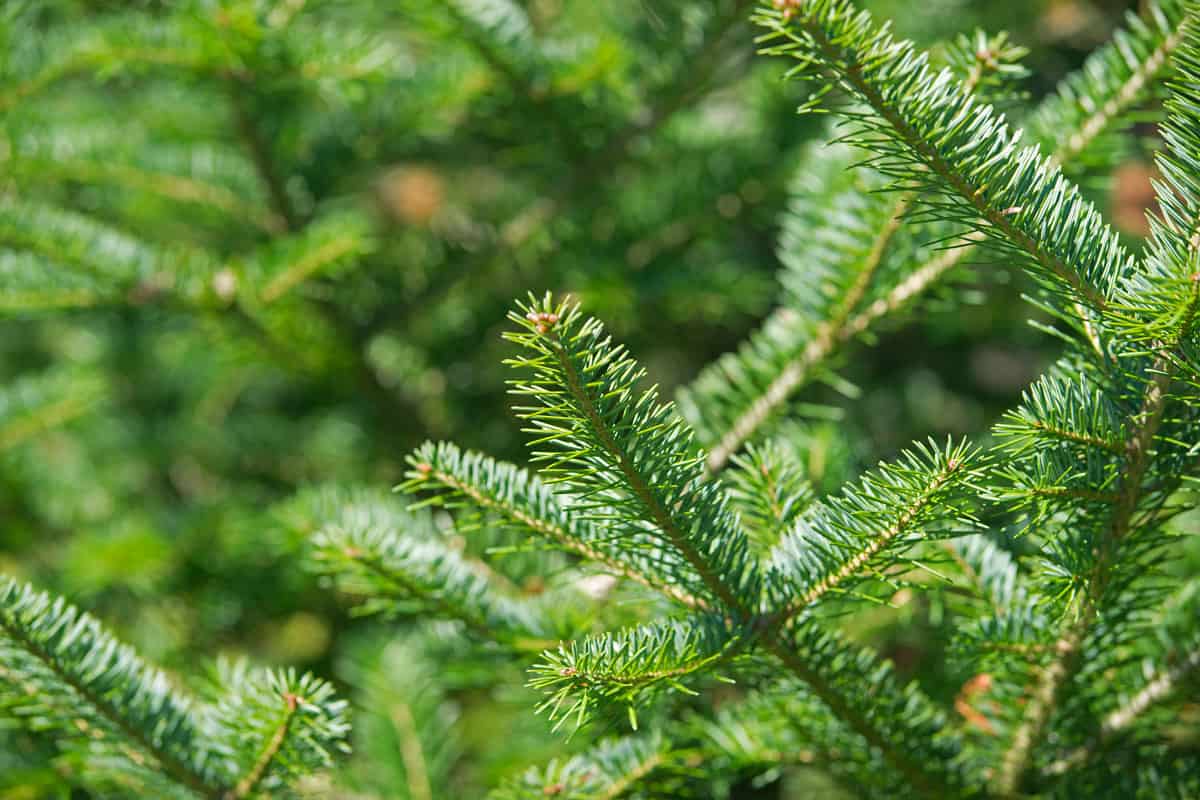 Although fir trees become large over time, this can be a slow process. Generally, fir's are medium-growing trees, often showing between 13-24 inches of growth each year.

Compared to some trees, this is pretty slow; however, that's perfect for many gardeners. You want to remember that these trees are perfect for gardening because they don't get too big too fast.

Furthermore, this medium speed is also beneficial if you grow fir trees for holiday harvesting. Of course, you can fertilize this species to make it grow faster, so there are ways to accomplish this.

Additionally, where you have a fir will affect its growth rate. For example, somewhere with super long winters won't produce fast-growing conifers.

If spring comes early, most of the time, that's when the growth speed may increase.

Do Fir Trees Have Invasive Roots?

No. Often, a fir tree will not exhibit aggressive growing behavior or invasive roots. With that said, if your tree is in poor soil and doesn't have water: this is when root sprawling will happen.

However, most of your tree's roots will stay within the first foot below the ground's surface. Again, we don't recommend planting fir too close to your home as that can lead to issues later.

Many experts recommend 15 feet between a home and a conifer, so try and follow those guidelines. 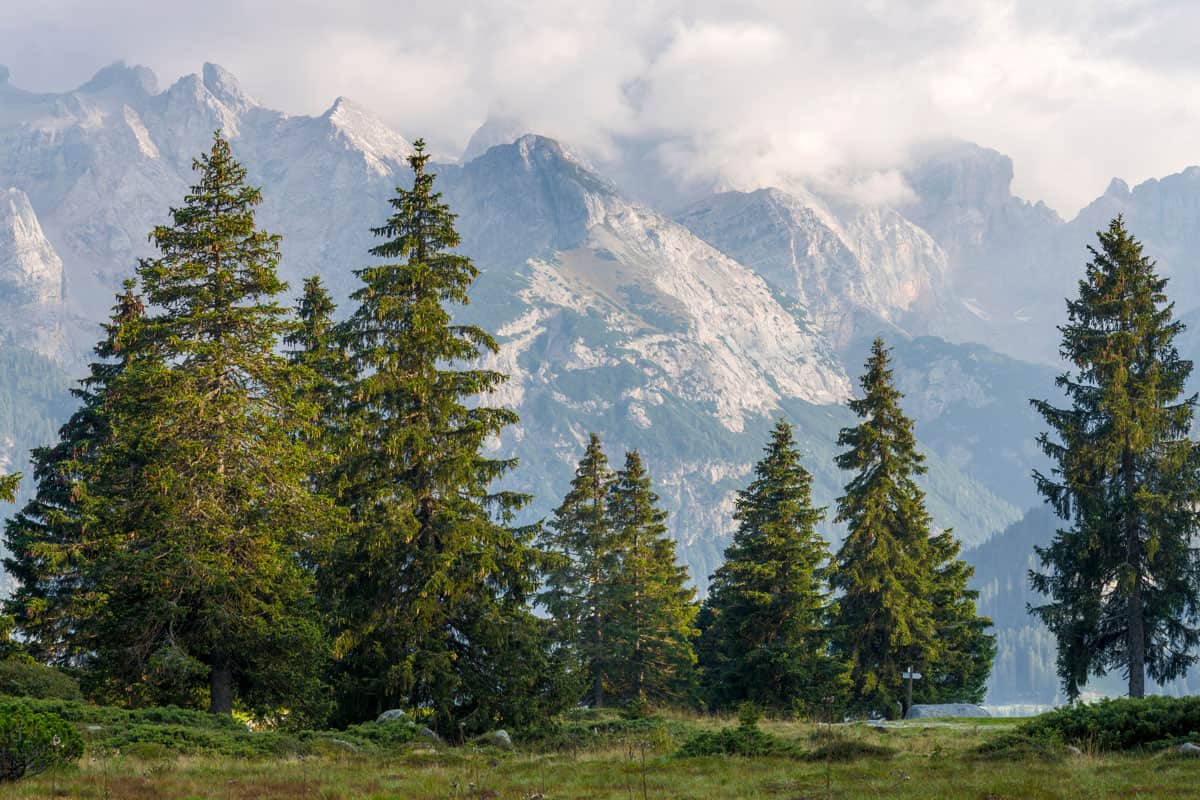 Whether you want to grow a fir tree in your garden or have one, it's essential to know whether its sap is poisonous. Luckily, these trees are considered mildly toxic, not poisonous, mainly because they can irritate wildlife if ingested.

Therefore, your pets or children should not experience any adverse side effects being near a fir tree. Again, you want to keep an eye on everything if your pets or kids are near a fir, so they aren't 100% foolproof.

Regardless, try and keep your fir tree 15 feet away from the house, and don't be afraid to use its needle tips for cooking delicious food!

Made it to the end? Check out these helpful related garden posts below:

Do Fir Trees Have Cones, Sap, Pollen, Or Flowers?

Why Is My Norfolk Island Pine Dying? [And What To Do About It]