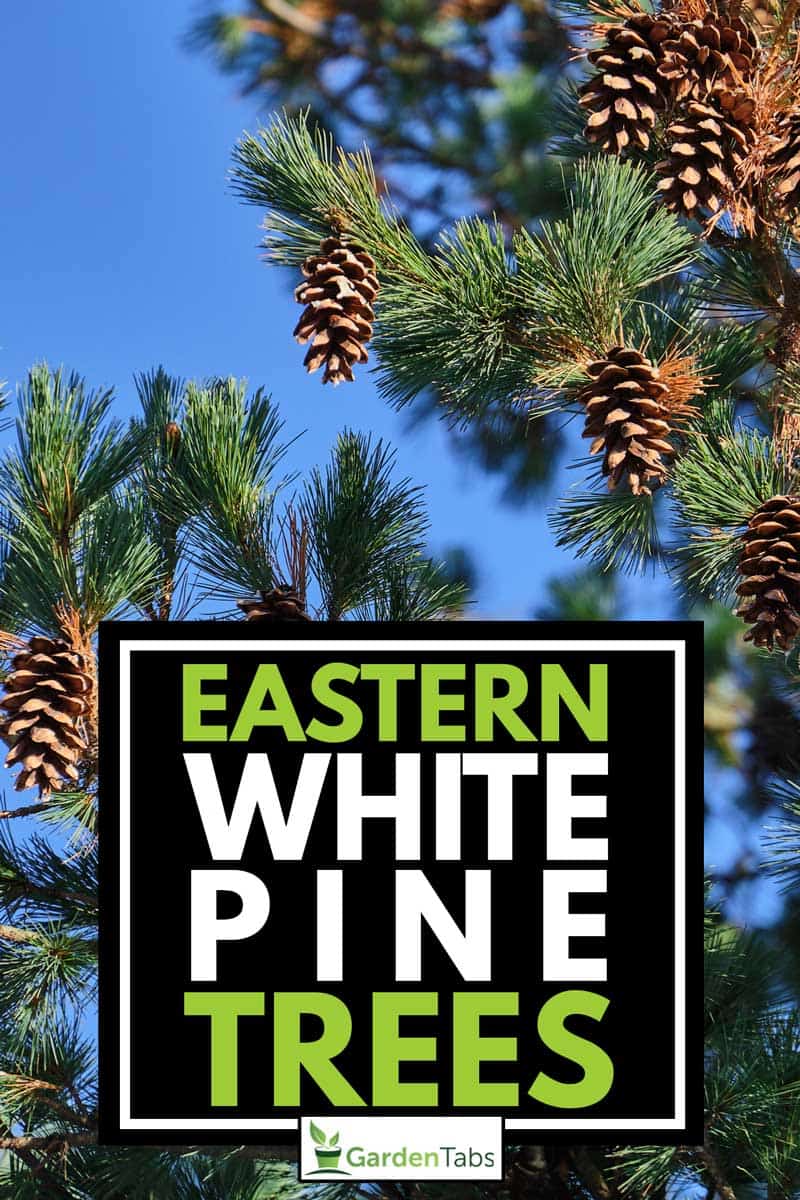 The Eastern White Pine is one of the tallest pine trees in North America, occasionally growing up to one hundred and fifty feet tall. The needles grow in groups of three to five and are a nice shade of blue-green. These specific pine trees are what you would call "messy trees". They don't grow in stereotypical clean conical shapes but instead have a spread of branches more typical of leafed trees.

They grow very quickly, and their branches are used in many Christmas decorations. If pruned regularly early on, they can also be trimmed into hedges and bushes, depending on what you're looking for.

How To Grow An Eastern White Pine

They will also drop pinecones, and the pine cones can drop seeds, which will leave you with pinecones to clean up and possible pine seedlings popping up in your yard. The best way to combat this is to simply rake them up as you would leaves in the fall.

Another thing to give thought to is the tree itself. The Eastern White Pine is a fairly fast-growing tree, which can be part of the appeal. However, trees that grow quickly are generally not very sturdy and can be brittle. This means that in windstorms, branches from this tree are more likely to break off and cause damage than those that belong to a more slowly growing tree.

The same principle applies to areas that experience lots of ice and snowfall. A lone Eastern White Pine has no surrounding trees to help it bear the load of excessive snow and ice, making it unable to bear much weight without branches snapping off and breaking. Because the tree can get so tall and wide, falling branches can do lots of damage, making them less than ideal trees to plant near your house.

Where Is An Eastern White Pine grown?

Like most pine trees, they are not the best option for an indoor plant, as they will drop needles and cones which can be choking hazards to children and pets. In some areas, you might be able to find it in a bonsai form.

How Big Is An Eastern White Pine And How Long Would It Take It To Reach That Size?

Eastern White Pines are actually some of the tallest coniferous evergreens in the Americas, making them a beautiful, striking sight to see. They can reach heights of up to one hundred and fifty feet, with trunks having a diameter of up to forty inches. The spread of the limbs is generally between twenty to forty feet, depending on the age of the tree.

They will grow over a period of several hundred years, and as mentioned, they grow fairly quickly, generally gaining around 24 inches in height every year.

Eastern White Pines will grow well in hardiness zones 3 through 8, which means they will do well in cold winters that are typical in the northeastern United States and Canada.

When it comes to adaptable trees, you're going to be hard-pressed to find one as flexible as an Eastern White Pine. Ideally, they like moist, well-drained, and slightly acidic soil. However, they have also been observed growing on dry mountainsides and in bogs as well.

Amount Of Shade And Light 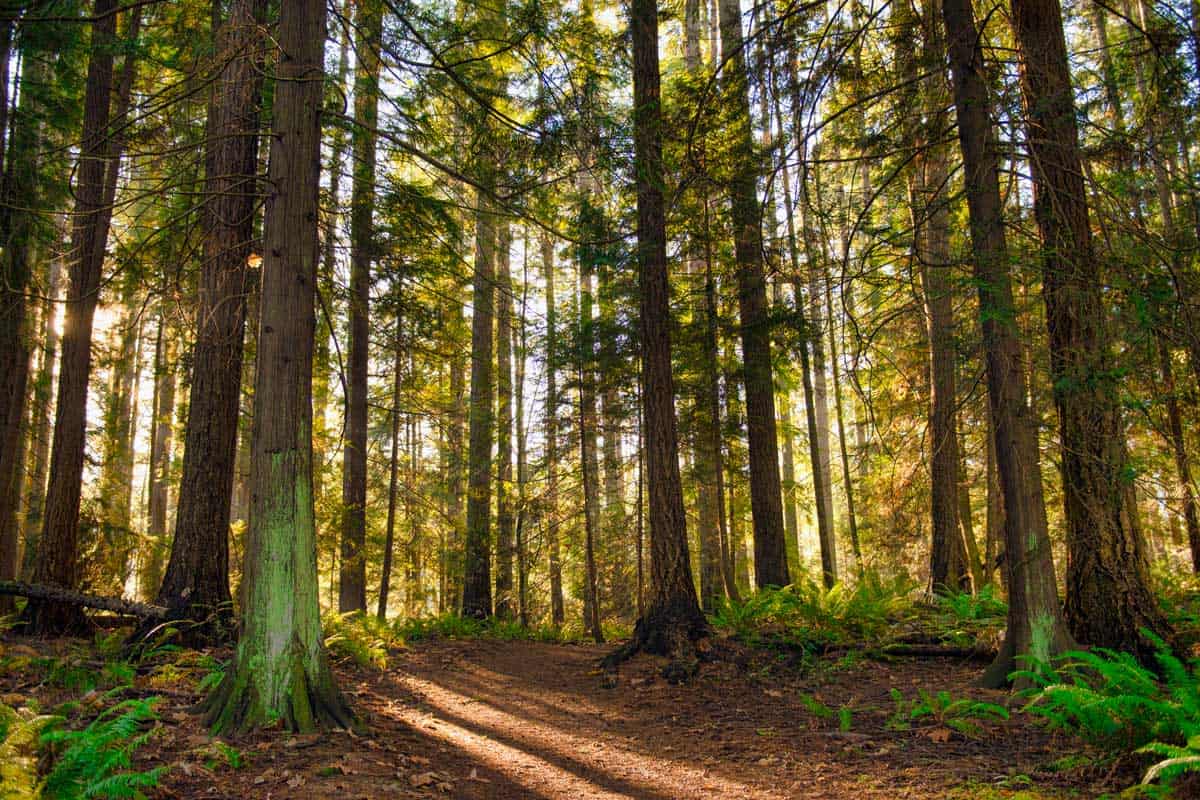 An Eastern White Pine will do best when it is exposed to full sun, but it can tolerate moderate amounts of partial shade as well.

A fully established tree doesn't generally need help from an outside source to get the water it needs, but a younger tree may need help getting to that point. Eastern White Pines do well in moist, well-drained soil. They handle moisture fairly well. If you're dealing with a younger tree, try to keep the soil moist, but don't leave the tree in standing water.

A Short Step-by-Step Guide For Planting This Tree

Although you can purchase seeds for this specific tree, you will have better luck taking care of a seedling, which has already been partially established. When the seedling you purchased is ready to be planted, it should be planted in rich, slightly acidic soil. Make sure to keep the soil moist, but don't soak it. If there is standing water, you've given it too much.

To learn the specifics of growing a pine tree from a seed, check out this in-depth guide: How To Grow A Pine Tree from Seed

A fantastic visual representation of the great height this tree can achieve, you can clearly see how the Eastern White Pine towers over everything that surrounds it. Growing at the side of the lake, this quick-growing pine casts a striking silhouette on the horizon.

A forest of Eastern White Pines is an inspiring, imposing sight, a great mass of some of the tallest trees in North America. Most commonly found in the eastern United States up into Canada, vast groups of these trees can grow in many different places from boggy areas to rocky mountainsides.

Walls of these trees are occasionally planted for the purpose of forming windbreaks. While planting just one of these trees in a windy area would be a poor idea, groups of them are strong enough to protect the surrounding area from excessive wind.

Whether growing in a group or as a solitary tree, an Eastern White Pine will be a great addition to the surrounding landscape, and with the ability to adapt to several different kinds of soil, you can plant it in many different areas.

The Eastern White Pine can live for hundreds of years, with one known specimen measured to be four hundred and fifty years old. This means that they can make great bonsai trees! Bonsai trees, when they are taken care of properly, can be miniature versions of the tree that they would grow up to be under normal circumstances.

Eastern White Pine seeds are viable for a long time, which means that you can plant them long after they have fallen from the pine cone. Plant the seed 3/4 of an inch deep. It can take 2 to 6 weeks for the seed to germinate, so be patient!

When it comes to keeping pine trees under control, knowing how to trim them properly is key. Coniferous trees don't regrow branches like leafed trees do once they are trimmed away. This means you have to be careful when you do any clipping, otherwise your tree won't grow the way you want it to.

The light-colored tips on the end of pine branches are called "candles" which is the new growth of the tree. Clipping them off is the best and safest way to control the growth of the tree while not eliminating the possibility of future growth.

As one of the tallest evergreen trees in North America, they provide a visually spectacular canopy. Because they are so tall and generally don't have many lower branches, the canopy doesn't really start until around halfway up the tree. This gives you a forest that is easy to see through at the base, but quite dense near the top.

Once the pine cones have opened, it's very easy to extract the seeds. Simply float them in a bucket of water, and the seeds that sink to the bottom are viable!

When looking to purchase seedlings, make sure they're fairly well established. Trees take much longer to grow than most plants, so the older the seedling that you can purchase, the better.

11. From The Bottom To the Top

This photo shows just how tall these trees can get. These Eastern White Pines tower overhead, a beautiful sight to behold.

These two pines planted near this house not only provide great shade, but they show us just how startlingly tall they are. Click here to learn how to landscape with pine trees!

Like many trees, Eastern White Pines can be grown and cultivated into bonsai form, bringing a classic pine into your home. This specific kind of bonsai carries with it great irony. Originally one of the tallest trees in North America, it can be kept and trimmed into one of the smallest tree forms.

Where To Buy This Plant Online