In this article, we will talk more about whether Toro mowers come with oil and what type they use. We will also learn the answers to other related questions such as can you use 10W-30 oil in Toro mowers and is synthetic oil better for Toro mowers? Keep reading to learn more. 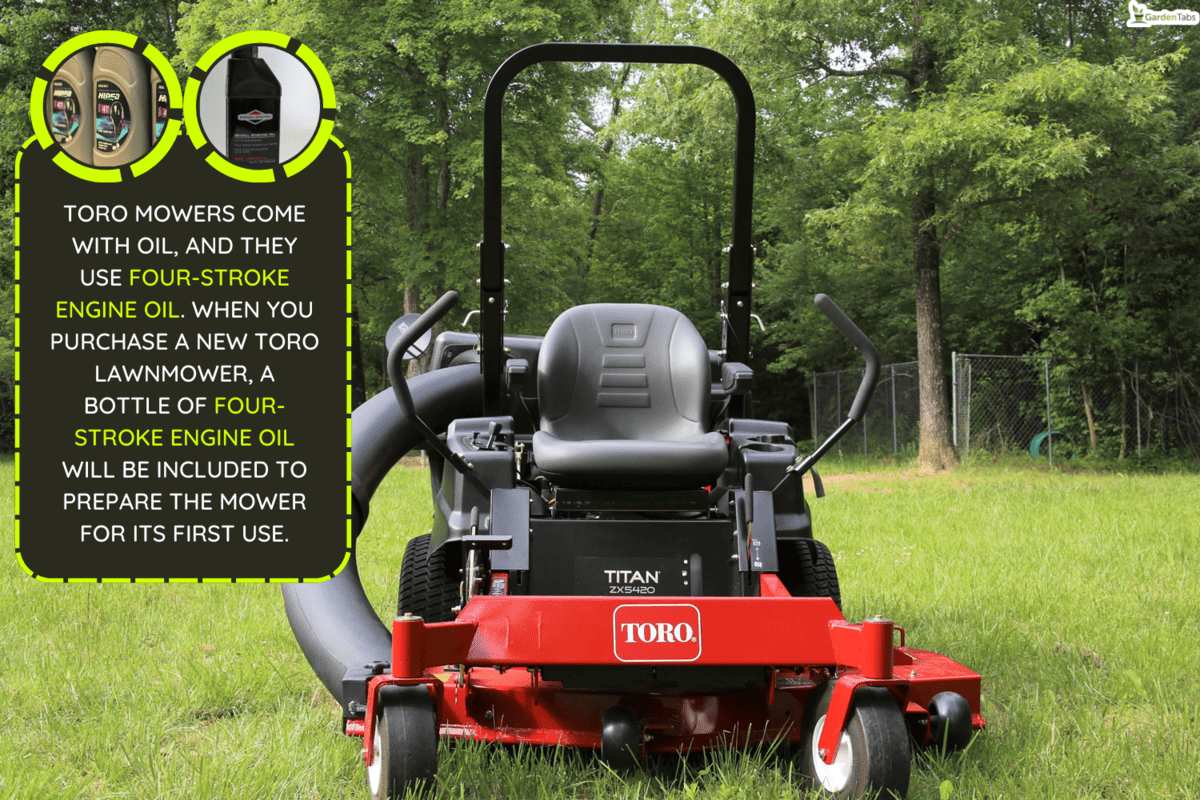 Do Toro Mowers Come With Oil? [And What Type Does It Use?]

When you purchase a new Toro mower, it will come with an 18-ounce bottle of four-cycle engine oil. This is the exact amount to fill the oil tank to its fullest without overfilling it. If the oil tank is overfilled, it can flood the engine and make it difficult to start.

Any four-cycle engine oil will work in all Toro mowers if you pick up a spare bottle.

The name 10W-30 measures the oil's viscosity at different extreme temperatures. Oil with a rating of 10W-30 is acceptable for use in Toro mowers. So you can use the same 10w-30 oil for your car in your Toro mower. 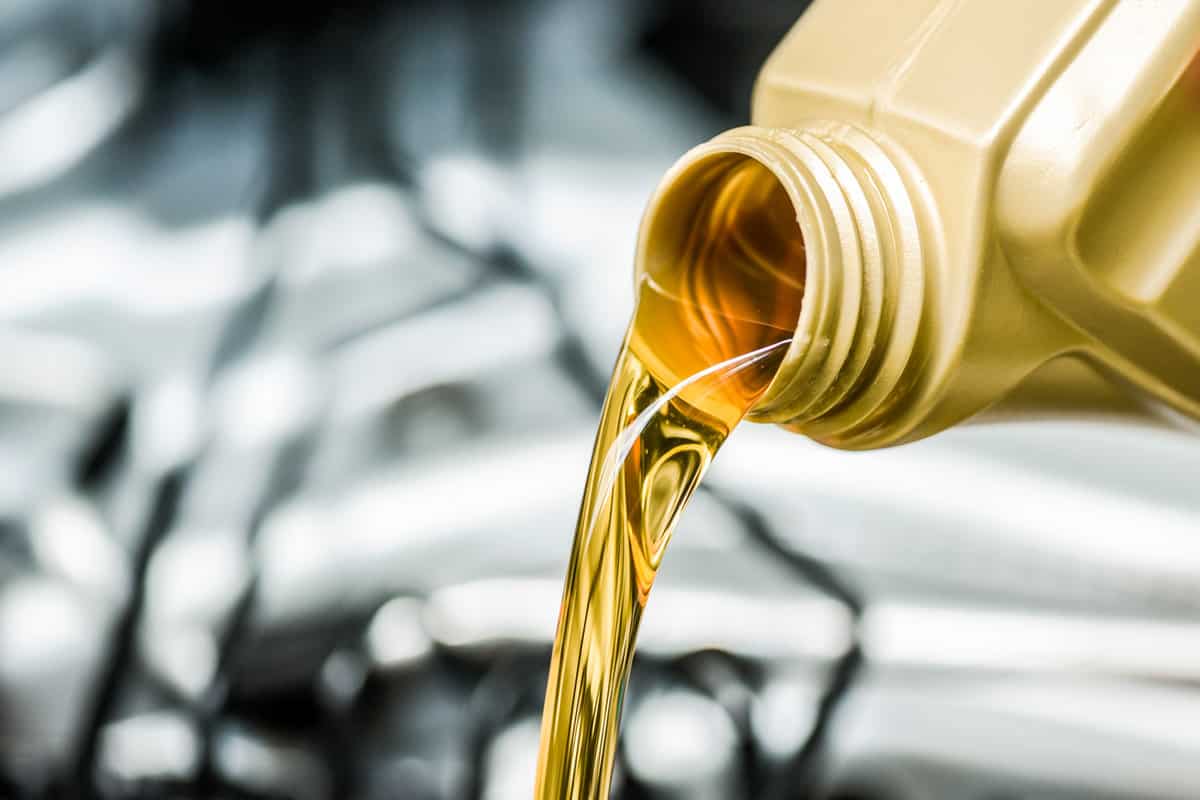 Synthetic oil is not better for Toro mowers. There are a few benefits to using synthetic oil, but they don't benefit a Toro mower.

One of the main reasons to choose synthetic oil is to reduce wear to your engine. Synthetic lubricants can withstand higher temperatures and better keep parts adequately lubricated.

Another benefit to using synthetic oil over conventional is that it lasts longer before breaking down. While that can be very useful for a vehicle, a Toro mower can handle less-than-perfect oil and still function well. Toro mower engines are much less sensitive than car engines.

Conventional oil isn't bad for Toro mowers. In a car, it's often best to opt for synthetic oil to improve the life of your engine; a Toro engine will run as long with conventional oil as with synthetic.

Can You Run A Toro Mower Without Oil? 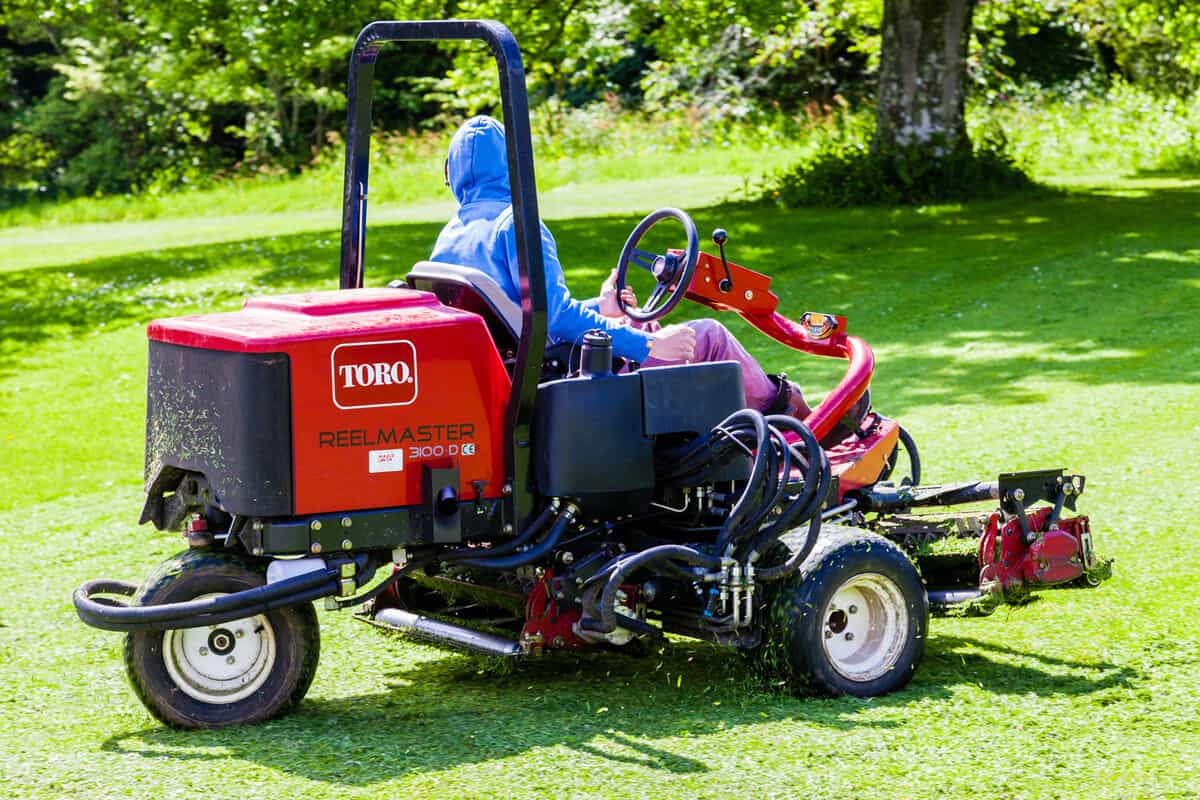 You can't run a Toro mower without oil. A Toro engine uses oil to lubricate moving parts and keep them from overheating. If the engine overheats, metal parts can start to warp and lock up the engine.

If your Toro mower locks up from engine damage caused by running it without oil, you may not be able to fix it. Often the pistons or crankshaft will become deformed, and the engine won't run again without serious repairs.

If it isn't the first time you've run the mower and it has had oil before, it will be more tolerable to run without oil. If the mower runs low on oil, it will still have some in its internal moving parts. If you finish working or get more oil before the engine overheats, your mower won't lock up.

If you don't have more oil but are close to finishing the job, it may be acceptable to run the Toro mower without oil momentarily as long as you look for signs of overheating and stop if you detect any.

One common sign that your Toro mower may be overheating is it producing smoke. When the engine gets hotter, it will produce smoke, as oil begins to burn as it overheats.

The engine may also start making loud clicks or bangs. This is the sound of metal components in the engine being damaged. If you hear any of these sounds, stop the engine immediately.

How Do You A Fix Toro's Engine Oil Being Too Cold To Start? 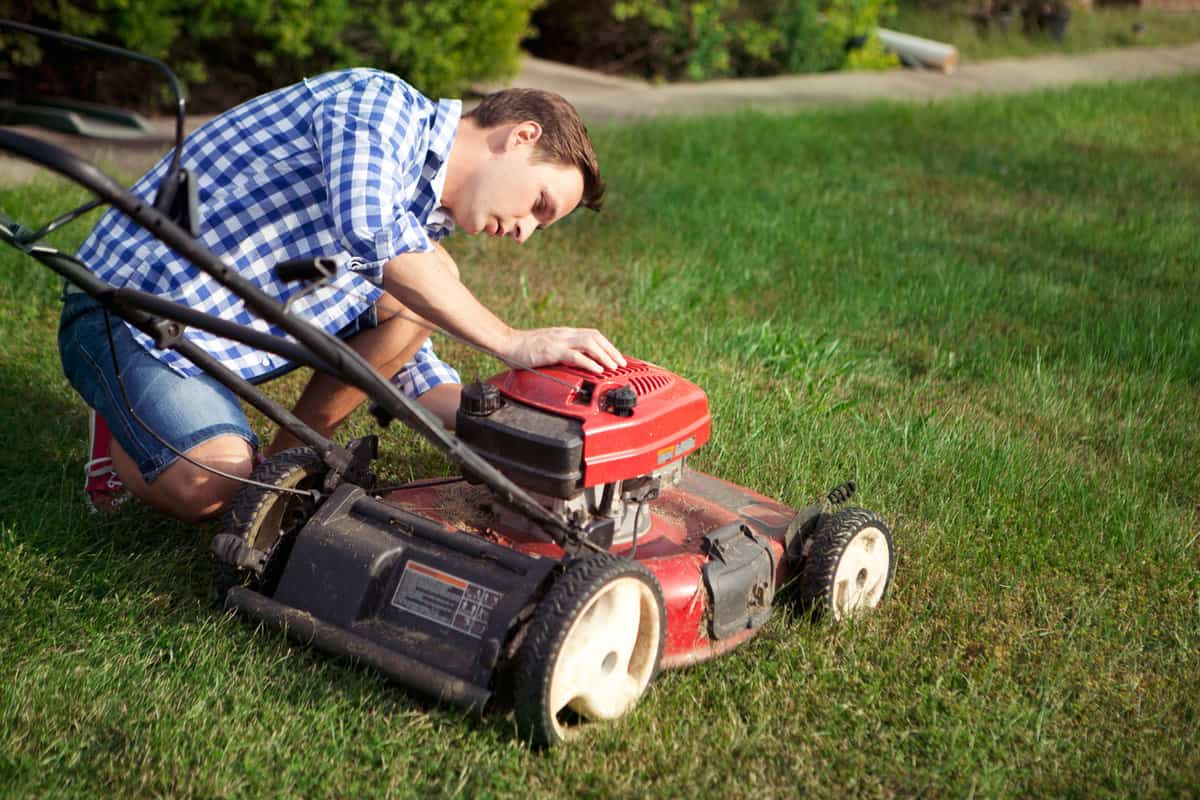 Each time the engine completes a cycle, it heats the oil and makes it easier to flow and lubricate the engine. One solution is to set the engine to choke and pull the cord a few times, which will allow a higher ratio of fuel to be combusted.

Next, turn the engine off choke, and pull the cord a few times. The engine should turn over once or twice and then die. Each time you complete one of these cycles of pulling the cord with and without the choke on, the oil will heat, and the engine will be easier to start.

How To Use Ether Starter Fluid

Remove the plastic cover over the air filter to use ether starter fluid. You will want to spray a one- to two-second long spray onto the air filter. Now make sure that the choke isn't on, and pull the cord. Your engine should fire up aggressively and then quickly die.

If it is freezing and you are still struggling to start your mower, you can try one more thing. Remove the air filter, and spray a continuous three- to five-second spray into the air intake while someone is pulling on the start cord. A large amount of ether should be enough to force even the coldest engine to turn over.

If you want to try ether starting fluid, here are two of the best products on Amazon. 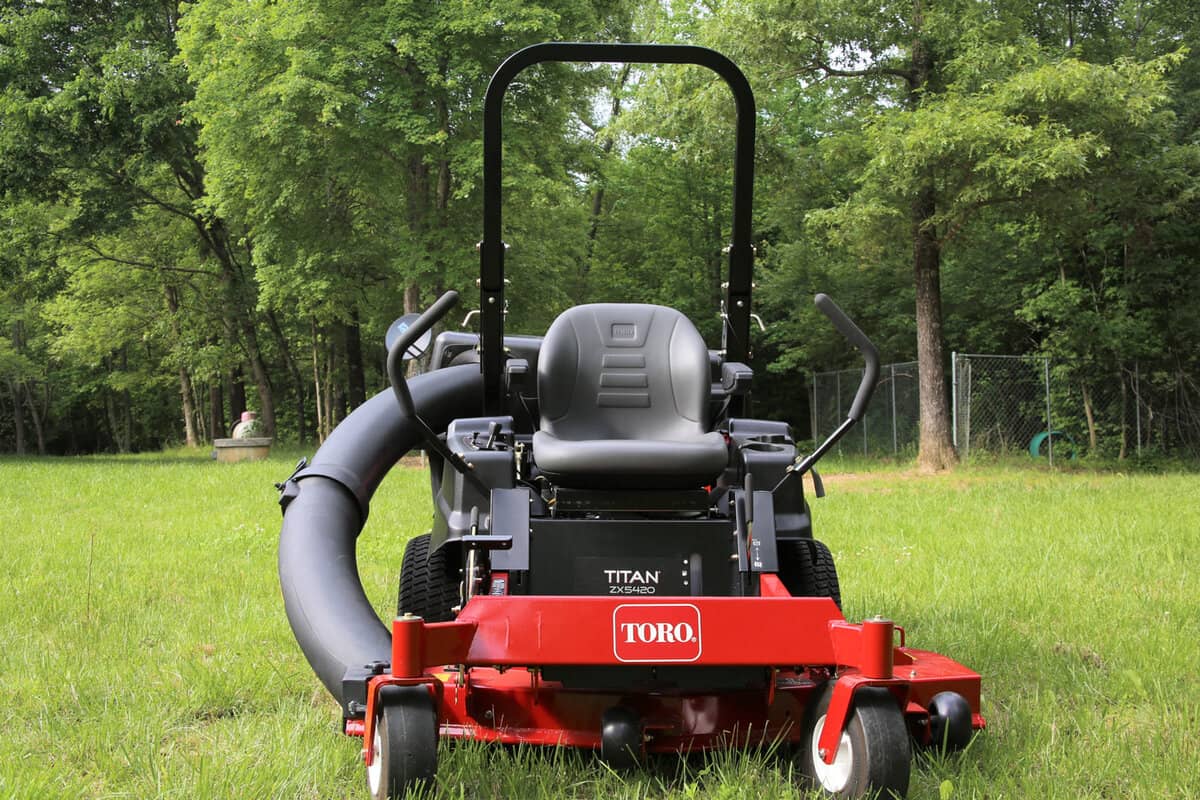 If you flood the engine with gasoline, you will need to wait 10 to 20 minutes for enough to evaporate to start the mower again. The excess fuel will evaporate faster if you remove the air filter.

You may also have a failed spark plug. Sometimes if you remove the spark plug and scratch the end with a piece of metal, you can make a new connection point and make it work again. If all else fails, you can try replacing the spark plug.

In this article, we learned Toro mowers come with a bottle of four-cycle engine oil to get them started. We also learned that synthetic oil will benefit a car's engine but doesn't improve a Toro mower's engine performance. Remember, if your Toro's engine oil is too cold to start, try ether starter fluid.

We hope you enjoyed this article. If you want to learn more, check out some of these other posts:

What Year Is My Toro Mower?