Fir trees are visually iconic. What, though, is going on underground? Do fir trees have deep roots? We've done the work to bring you the answer.

You can expect the roots of a fir tree to grow between 60 and 100 centimeters into the earth. This root system may then spread up to seven times the size of the tree's canopy.

Fir trees actually have shallower root systems than several of their conifer cousins. With careful cultivation, you can give a fir tree the support it needs to safely root in your zone and enjoy a long and healthy life. Read on to learn more about how you can help your fir trees thrive.

Do Fir Trees Have Deep Roots? 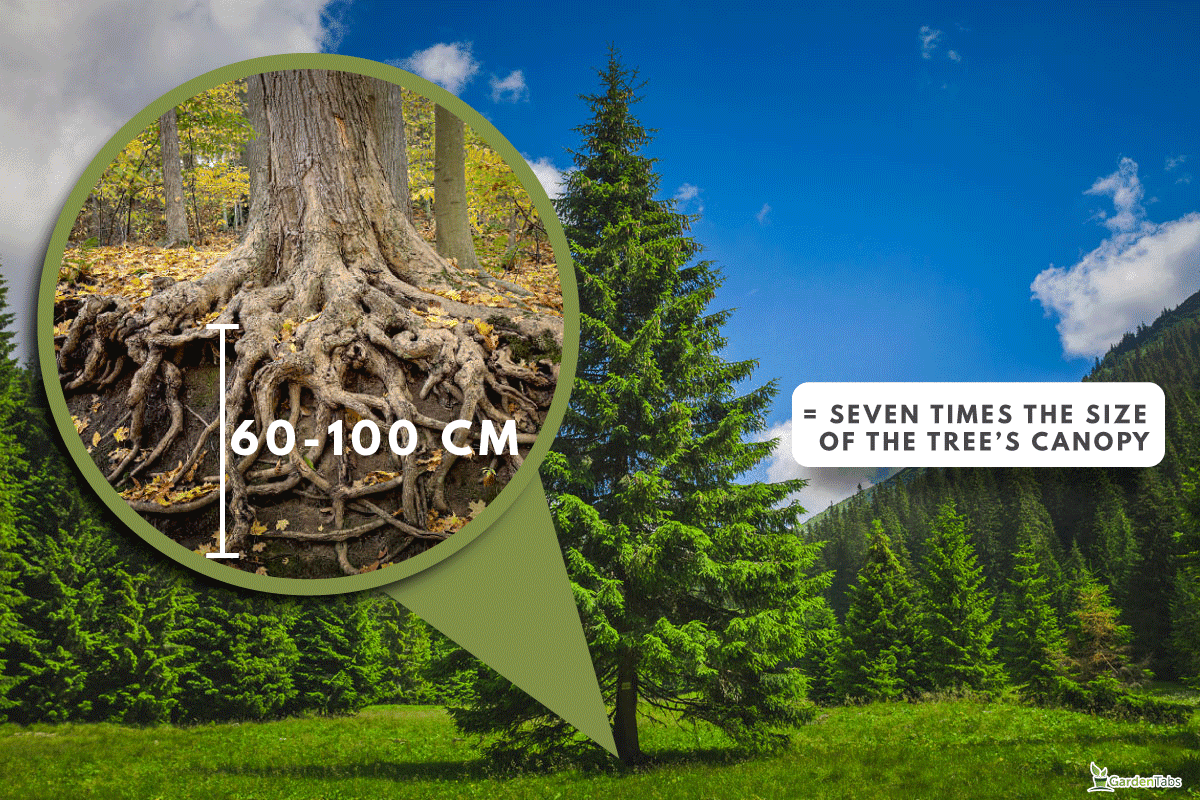 You don't have to look too deeply into the earth to find a fir tree's roots. Most fir trees keep their roots within 60 to 100 centimeters of the topsoil.

This means that you can expect your fir tree's roots to settle up to three feet down into the earth, but rarely further.

That said, fir trees' roots tend to spread significantly away from their trunks. In some cases, a fir tree's root system may be double the size of the fir tree's canopy, if not larger.

The extent to which the root system grows hinges both on the tree's health and any obstacles near the initial sapling. A healthier fir tree will develop a more complex and widespread root system.

However, a fir tree that has to contend with rocky soil or nearby infrastructure may condense its root system's size.

If your fir tree is butting up against nearby obstacles, you may find that the tree's roots have dug more deeply into the earth than usual. So long as the tree is healthy, it will continue growing - and when the root system can't grow out, it will grow down. 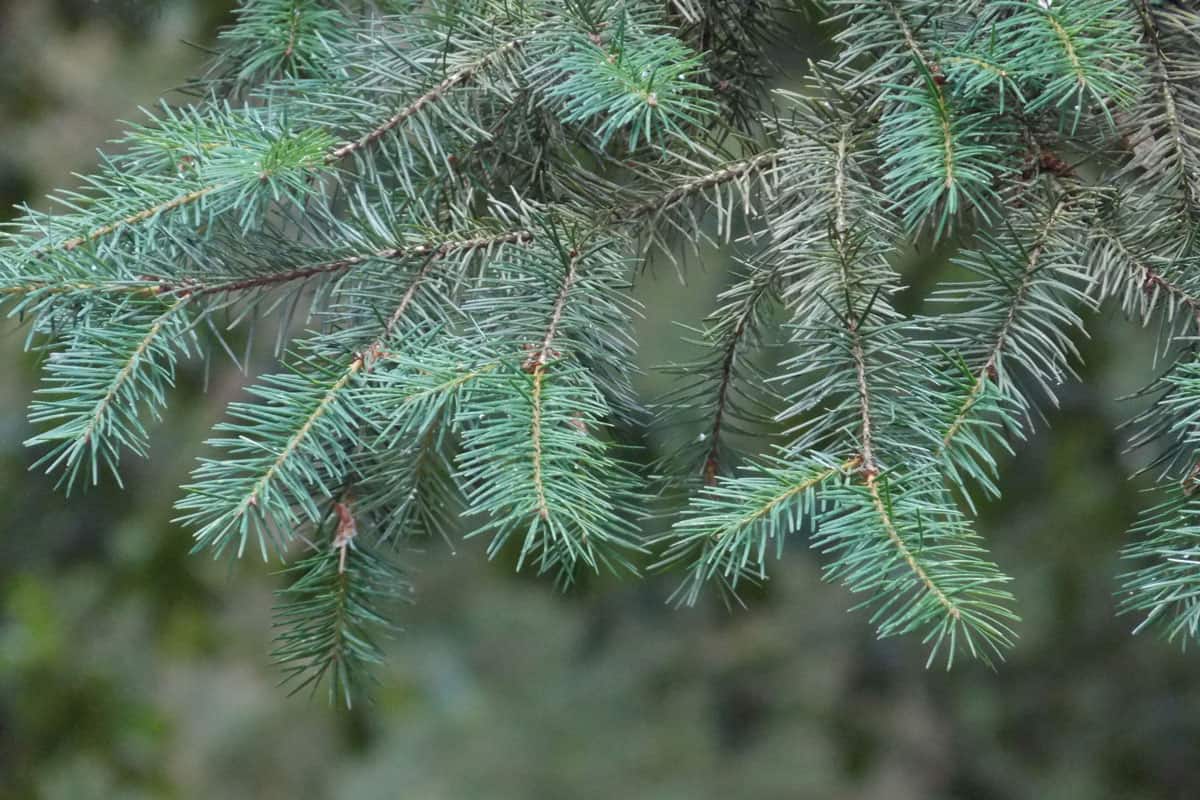 Does My Fir Tree Have a Tap Root?

Yes, your fir tree has a tap root. Your fir tree's tap root served as its primary base when it was just a sapling. That root is the source of your fir tree's other roots as it grows over its lifetime.

A fir tree's taproot tends to grow straight down, leaving any meandering to its secondary taproots and laterals.

When you're working in your yard or outlining your landscaping goals for the future, you'll need to worry most about a fir tree's lateral and fine roots. These roots are the ones that tend to spread away from the trunk and taproot.

If you plant a fir tree too close to your home or business, these roots can shift the soil beneath your foundation. You may find yourself contending with unexpected damage if you don't anticipate this root growth.

How Many Types of Fir Trees Are There? 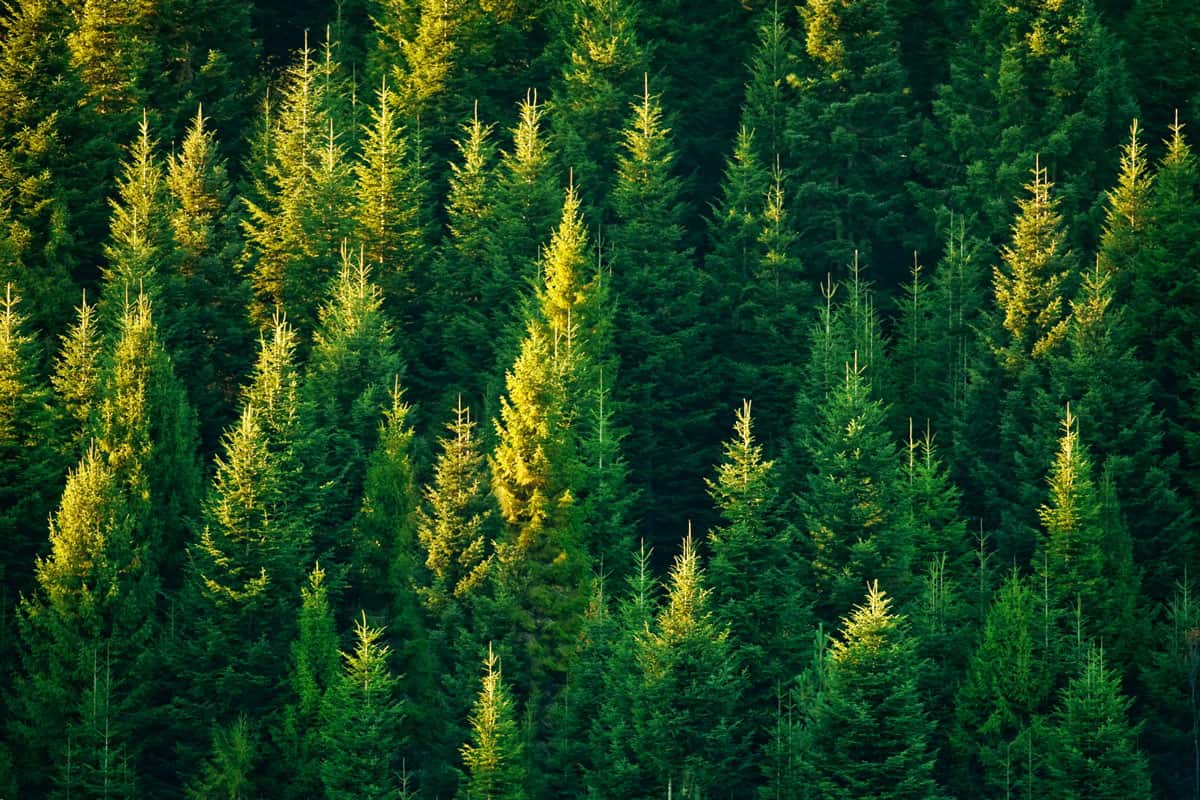 Over 40 types of fir trees are growing between Zones 3 and 8 around the world. Some of the most common to either cultivate or find on your property can include:

Douglas firs make the most popular Christmas trees and have an iconic, conical appearance that makes it easy to conflate them with the fir family. However, the Douglas fir doesn't make the cut when it comes down to genus.

Types of Fir Trees and Their Root Depths

Generally, you shouldn't expect any subset of fir trees to establish particularly deep roots. That said, you should expect some fluctuations in the depths of a fir tree's roots depending on what kind of fir tree it is.

For example, blue spruce tends to establish its roots only within the first two inches of the surrounding soil, particularly after it's first established.

The older your fir tree gets, the more expansive its root system is going to be. Even so, double-check the type of fir tree you want to plant or have growing in your yard before you make any assumptions about the depths of the roots in your yard.

What You Need to Know About Fir Trees 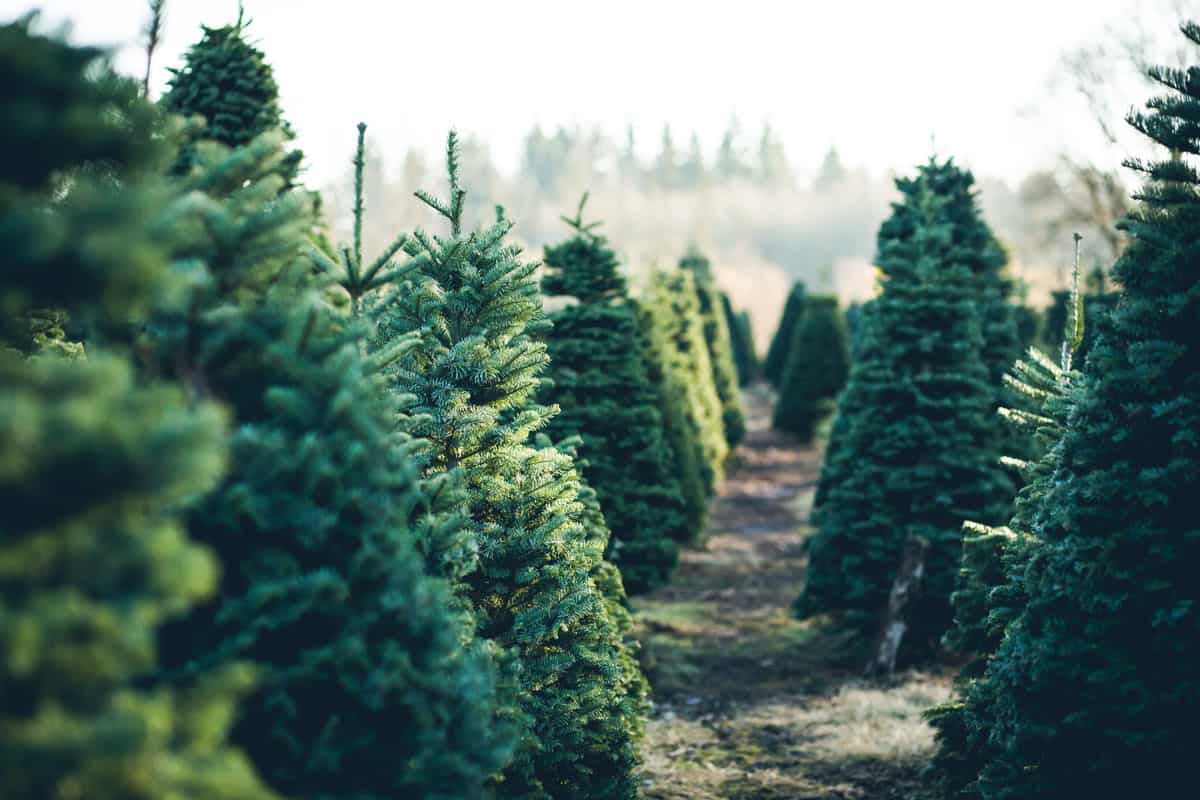 Whether you're fostering a fir tree up from a sapling or learning to live with an established tree, keep the following fir tree facts in mind:

What Zones Do Fir Trees Usually Grow In?

You can find the 40 varieties of fir trees growing between Zones 3 and 8. Fir trees, as such, are a particularly hearty subset of trees.

While you'll still want to work these trees and, in some cases, hedges into your landscaping with the help of a professional, you can often count on them to add a year-round splash of color to your desired design.

What Soil Does Your Fir Tree Need to Thrive?

You'll ideally want to plant a fir tree sapling in loose soil with a neutral pH. Make sure, however, that you give your fir tree plenty of room to thrive. The reach of a fir tree's roots can make it difficult for other plants to take root nearby.

Fir trees also tend to change the acidity of the soil they're planted in. Courtesy of their genus, fir trees will often make their soil slightly acidic.

With that in mind, test your soil's pH before placing a new sapling. The last thing you want to do is plant a fir tree sapling in already-acidic soil, as the ever-increasing acidity may compromise the tree's health.

How Much Moisture Does a Fir Tree Need?

Because fir trees' roots are often so shallow, these trees need a reasonable amount of water to flourish.

If you're growing a fir tree from a sapling, you'll want to integrate that sapling into your watering routine between two and three times a week, depending on your average rainfall.

As your tree gets older, you should widen the watering range to better accommodate the tree's roots.

Can a Fir Tree's Roots Damage Your Home's Foundation?

A fir tree's roots may not be deep, but their wide reach can still do significant damage to unprotected structures nearby.

If you foster a fir tree too close to your home or move into a home with a tree nearby, the tree's growing roots may shift the soil around your foundation. That shifting can destabilize your foundation and even lead to leaks.

You can take steps to minimize the damage a fir tree's roots do to your property. For example, planting or keeping fir trees at least twenty feet from an established building is best.

Depending on the conditions where you live and the age of the fir tree, you may even be able to transplant the fir tree into a healthier location. You can discuss this option with your local landscapers and land management representatives.

Read more about the safety of fir trees here: Is Fir Tree Sap Poisonous? [Is This Tree Safe For Your Yard?]

Can You Safely Trim a Fir Tree's Roots?

Some schools of thought encourage landowners to trim a fir tree's roots should those roots grow too close to an existing property.

This is an option should you want to protect your foundation from damage, but it can be a risky one. You must be careful when fiddling with a fir tree's roots, or else you jeopardize the entire tree's health.

If you want to trim back a fir tree's roots or use chemical means to discourage their growth in a particular direction, talk to your local professionals about the best practices available.

When you work with an experienced team, you can minimize the damage you do to your fir tree without putting the structural integrity of your home at risk. 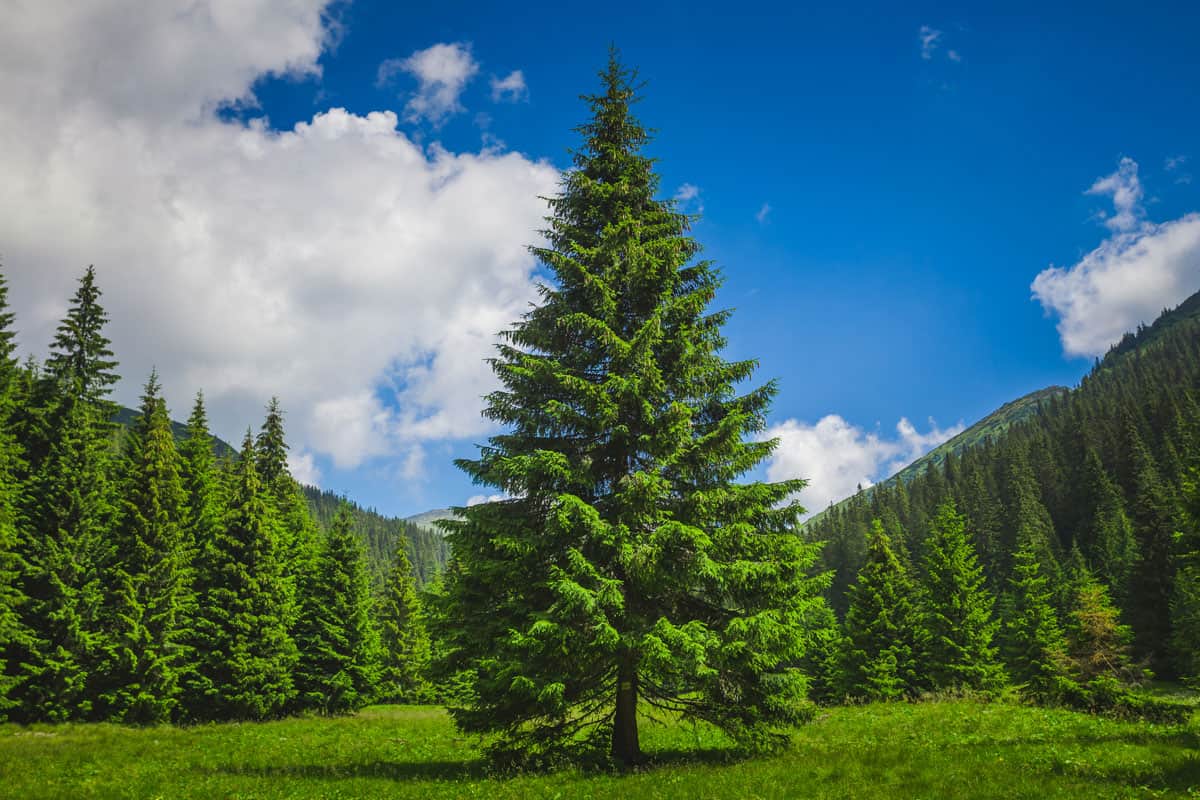 Fir trees take root and thrive in the wild with relative ease. If you're lucky enough to have a fir tree in your yard, you can enjoy its bright coloration throughout the year.

Keep an eye out, though, for the fir tree's widespread roots. The fir tree's roots tend to grow more widely than they do deep. As such, they can put the structural integrity of your foundation at risk.

Fortunately, you can work with local landscapers and your know-how to safely cultivate a healthy fir tree without compromising the safety of your home.

Whether you want to integrate a new fir tree into your landscaping or learn to cultivate one already in place more effectively, these tips and tricks can keep your relationship with your conifer positive.