Elm trees are large shade trees that are usually found in Europe, Asia, and North America. They have more than 30 species with serrated leaves and papery seeds. If you would like to know if it's normal for your elm tree to produce sap, we have done proper research to answer your question.

Elm trees usually produce sap from cuts and wounds on the tree. Sap production is also commonly initiated by bacterial infections causing sap to ooze from the openings. 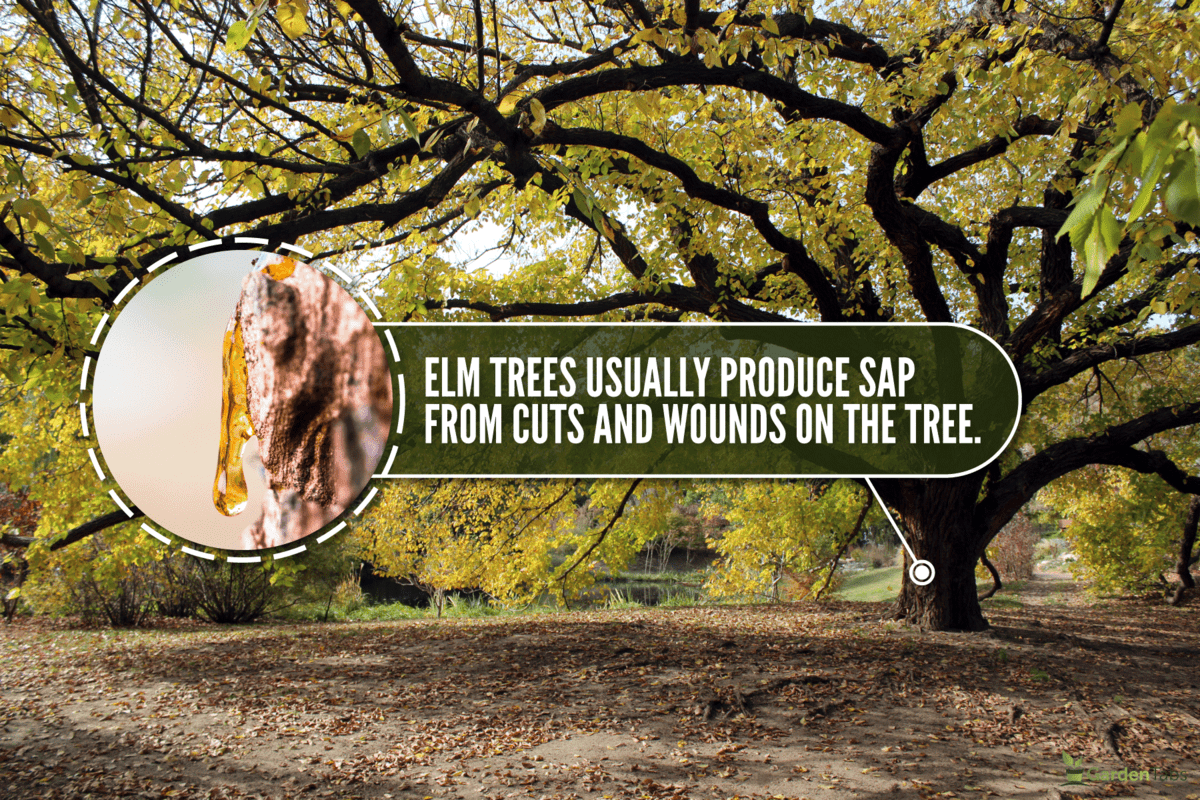 Sap serves as a medium of nutrient circulation in trees, so it is an important element for plants. Some plants produce more sap than others, according to their nature. For example, the sap from sugar maples is usually harvested for maple syrup.

Even though saps are part of the important elements of plants, not every tree or plant produces sap naturally. Sap production from an elm tree is most likely caused by bacterial wetwood, which is common on deciduous trees like elm. It is also known as slime flux.

The bacteria causes the tree to produce excess sap, which can eventually weaken some areas of your tree. Wetwood is often difficult to detect until the tree is already dying, so it is important to be on the lookout for the signs and symptoms.

Contact a certified arborist or tree care professional for diagnosis and treatment if you think your tree might be affected.

Elm trees produce fruit after flowering during spring. The fruits produced by the tree are referred to as Samara or seeds. These fruits are hairy and are not edible by man.

They are also highly adaptable to different climate changes and can resist wind damage. This is why you will find that their trunks are sometimes used for wind control. They require minimal pruning because of their growth habit. 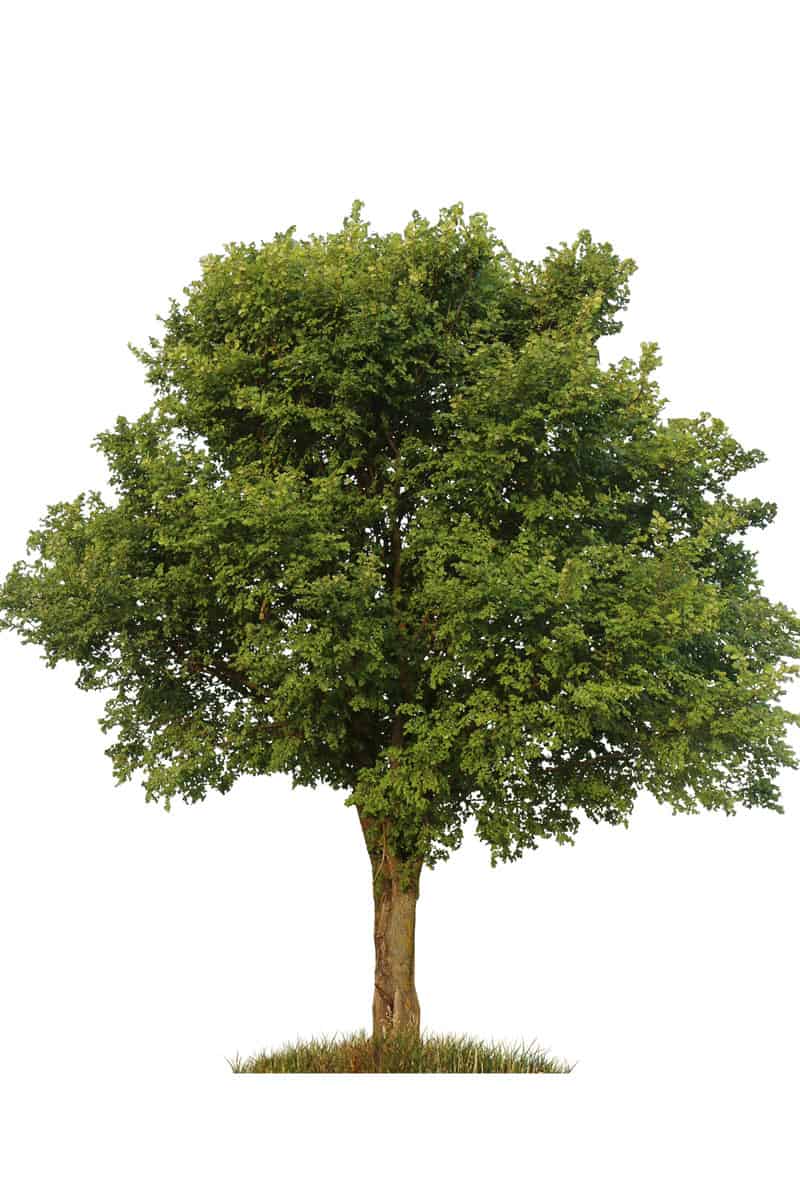 Elm trees are classified into different types. They include the following:

This is one of the most common types of elms. It is usually identifiable by its unique height of about 90 feet. They have a vase-shaped spread of about 75 feet. It is found in Eastern North America in the USDA growing zones 2 to 9.

Sap-sucking insects usually leave a residue of "honeydew sap" on the leaves and stem of the American elm.

The Chinese elm is highly adaptable to different conditions. It has the same vase shape as the American elm. It is well-rounded and has a dark grey bark shade, making it more unique.

It can be found in areas like Japan, China, and North Korea. It is about 50 feet tall. The Chinese elm is adaptable to different types of well-drained soil. It also drips sap as a result of cuts or bacterial infections.

This elm is medium size, unlike its counterparts. It also has a vase shape but is also broad and rounded. The name comes from the slick and slimy secretion in the tree's inner bark.

It is susceptible to Dutch elm disease caused by elm bark beetles. The beetles can easily get attached to the slippery bark of the elm.

Does Tapping a Tree to Remove Sap Harm the Tree?

Tapping a tree cannot harm or endanger its life as it can recover with time. Farmers and syrup producers have been able to tap trees for sap over time, and this has had no adverse effect on the tree.

However, trees heal differently. You may find that one tree can easily recover from the tapping, while it may take another several years. You should follow guidelines when tapping a tree. For instance, you should not tap infected trees or one that has growth defects.

Thin out the trees around the sapped tree to provide more light, nutrients, and water. This, in turn, makes them heal faster than they normally would. The amount of available sap in the tree also determines if you’re causing harm to the tree or not. Find out if the tree produces enough sap before proceeding to tap from it.

How Do You Stop a Tree From Releasing Sap? 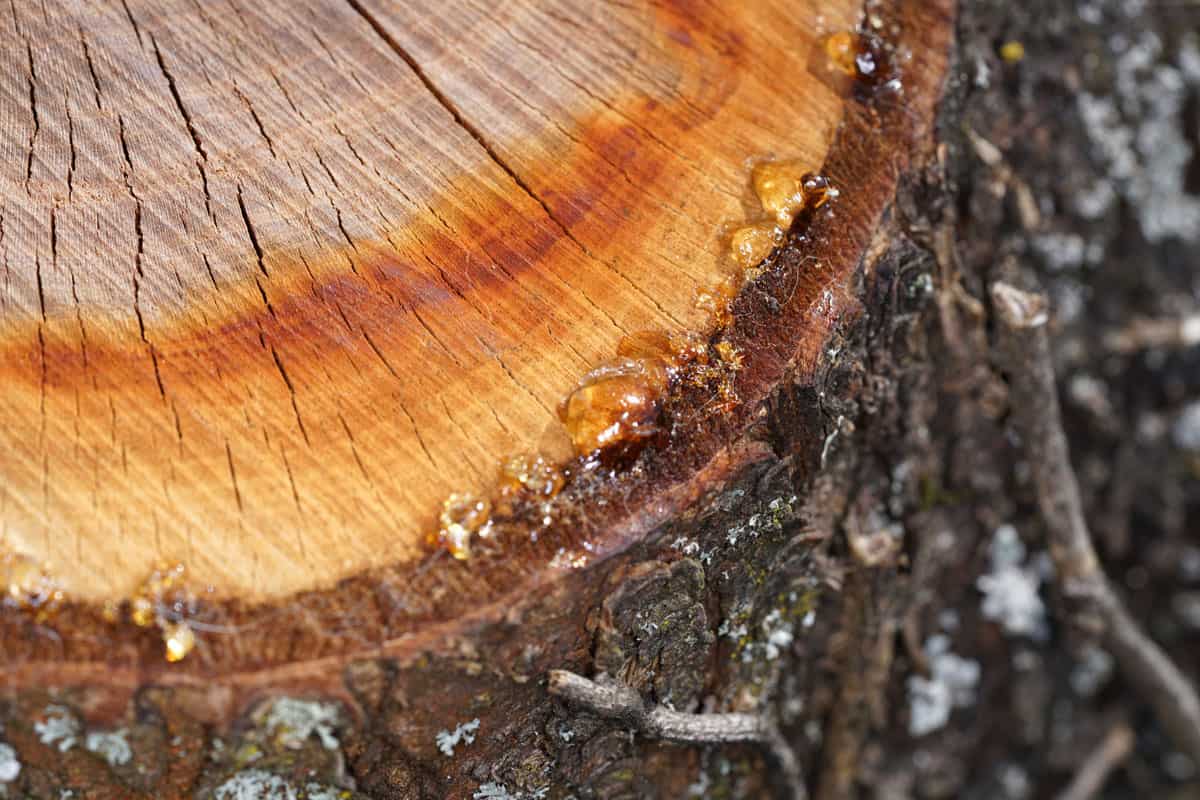 You can stop a tree from releasing sap by pruning it. It is normal for some trees to drip sap occasionally, but if you’d like to stop it, you should consider using a pair of gardening shears to cut off the parts releasing sap.

Check out these Defutay garden running shears on Amazon

It is recommended that you do this during spring or fall. If you prune during winter or summer, you could leave the tree exposed. After pruning the tree, you should seal the pruned area. You can use a pruning sealant for this. They are available in buckets, aerosol spray cans, or liquid forms.

Spray the pruning sealant or apply it directly to the exposed area. Aside from pruning, you can use insecticide on a dripping tree. This is advised because some pests feast on some tree sap. They can bore holes in the tree and cause it to drip even more.

However, remember that trees dripping sap can be a natural occurrence, so you may not really have to take any steps to stop them from dripping. You just have to wait it out.

Does an Elm Tree Produce Fruit?

Fruit production in elm trees starts when the trees are about 15 years. However, they start producing large quantities of fruits when they reach maturity at 40 years. They keep growing for hundreds of years, and they keep producing fruits as they do.

Seeds produced by elm trees are flat and round an inch in length and width. The fruits usually fall to the ground after the flowering period. This is why you will always find seed pods from elm trees in different areas. 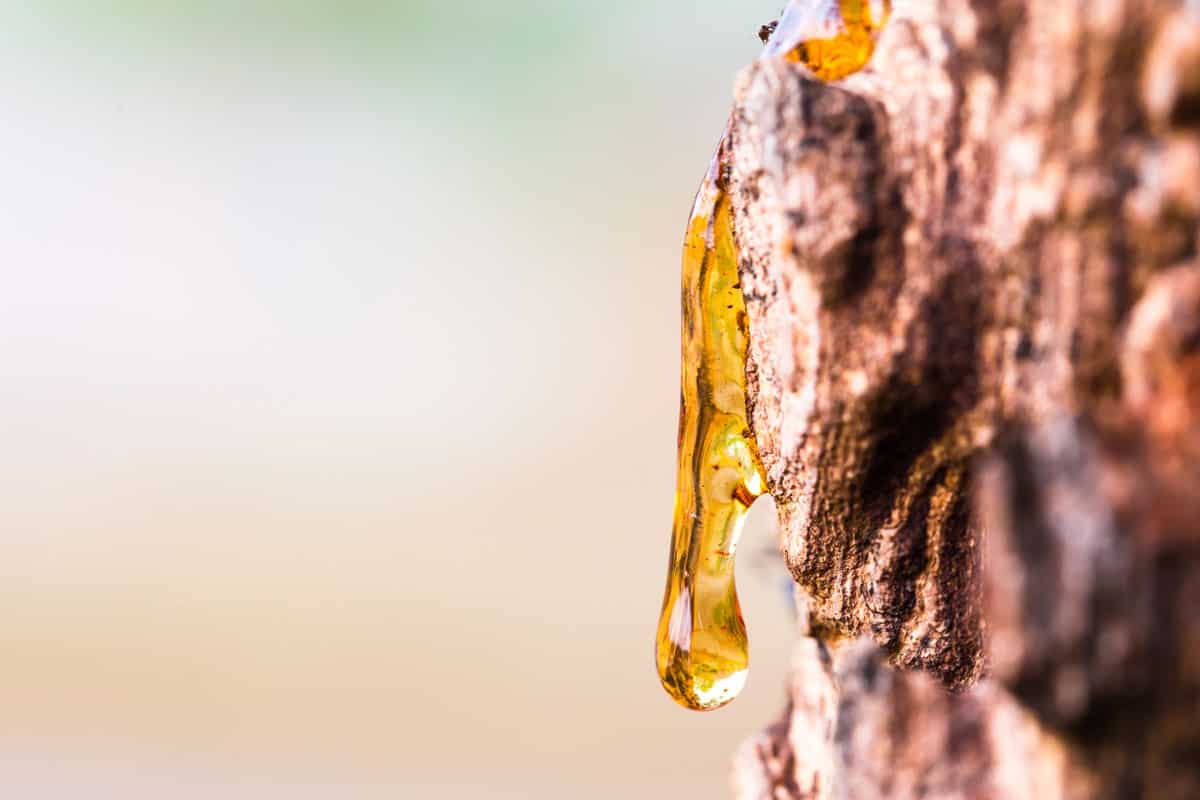 Elm trees are not poisonous. In fact, they are more known for their benefits. People usually use some parts of the tree to relieve themselves of stomach discomfort, digestive disorders, and diarrhea.

Elms are slippery because they contain a substance that turns slimy when it comes in contact with water. This substance is usually called mucilage and is found in the tree's inner bark. People seek elms because of the benefits of this substance, as it can be soothing to the throat and contains anti-oxidant properties.

They are also used on the skin for wounds or irritations. Elm trees or fruits are not edible by humans. However, if eaten by animals, it can cause stomach upset. If you find that your dog adventurously ate any part of an elm tree, you should take them for checks with a vet.

Can I Burn An Elm Tree In A Fireplace? 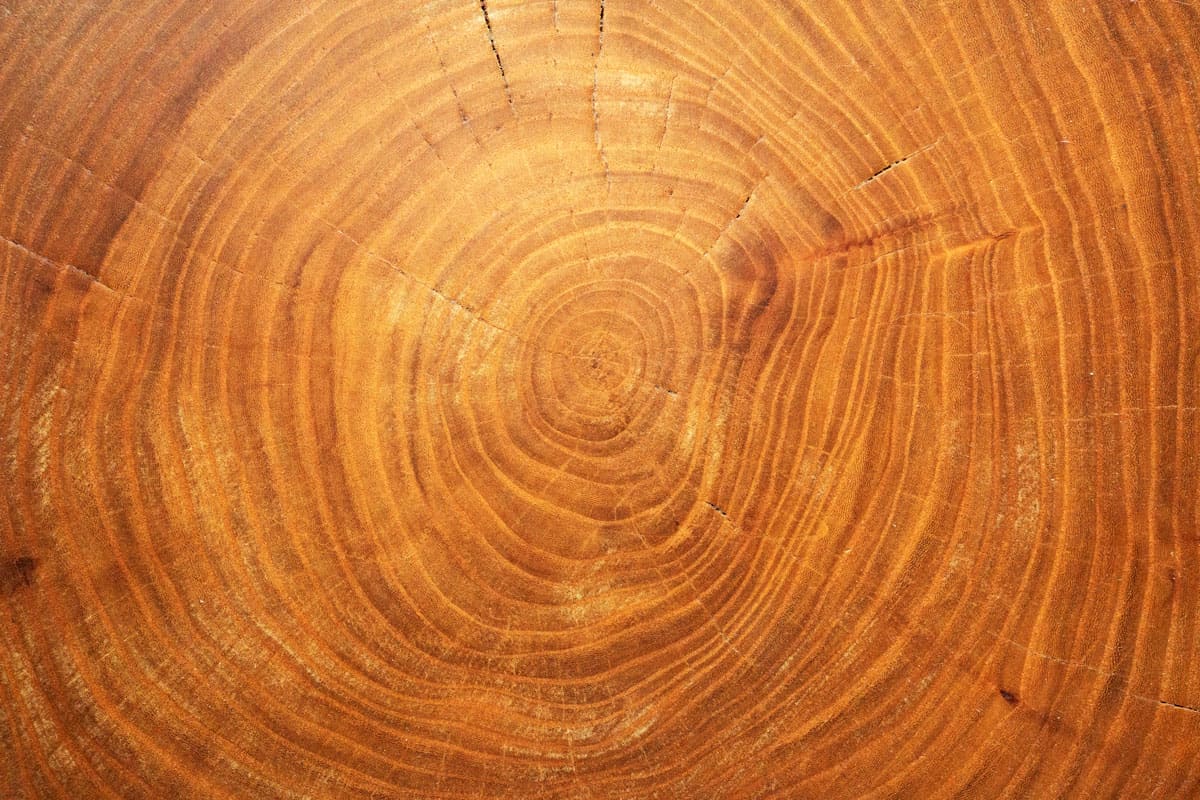 You can burn an elm tree in a fireplace since it is wood and has no anti-fuel substance. It produces good heat but is usually not people’s first choice because of the hassle of splitting it.

They can also be smoky and smelly, leaving you uncomfortable. However, other elm trees, like the Siberian elm and red elm, are preferred for use as firewood.

It is suggested to debark all elm trees before transporting and storing them as firewood for the fireplace. This is because the bark of elm trees house beetles that may cause diseases. 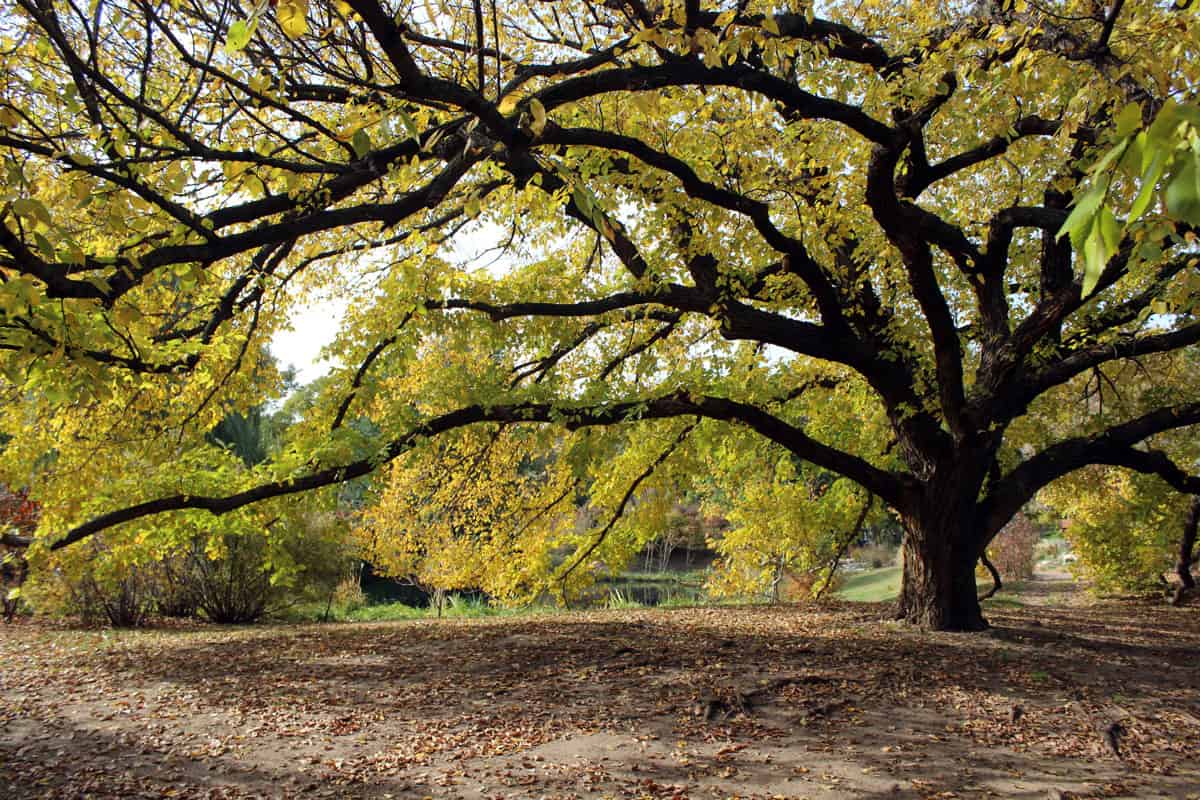 Elm trees mostly produce sap as a result of cuts or bacterial action. It is easy to identify an elm tree with its outstanding features, from the leaves to the trunk and the bark. They are unique, with many benefits that are not common to most deciduous trees.

If you enjoyed reading this article, check out these related posts:

What to Plant Under Elm Trees [ 5 Great Options]