When people picture a tree, they typically imagine a tall plant with a brown bark trunk and luscious green leaves. These are deciduous trees. Conifers, on the other hand, don't look like the hypothetically imagined tree. They don't appear to have leaves. What kind of trees don't have leaves!? This post will cover the anatomy of conifer trees.

Conifers are seed plants that have needle-shaped leaves. Male cones produce pollen and can fertilize the female cone's ovules. The fertilized ovule becomes a seed.

Keep reading to learn the difference between conifer seeds, flowers, pollen, and leaves.

Do Conifers Have Seeds?

Conifer trees produce cones. The cones have male and female counterparts. The female cones have the capability of producing seeds. Conifers are gymnosperms. A gymnosperm is a fancy way of saying a naked seed.

The ovules of the female cone get fertilized via the pollen tube. The section of this post dedicated to pollen will address fertilization in greater detail. 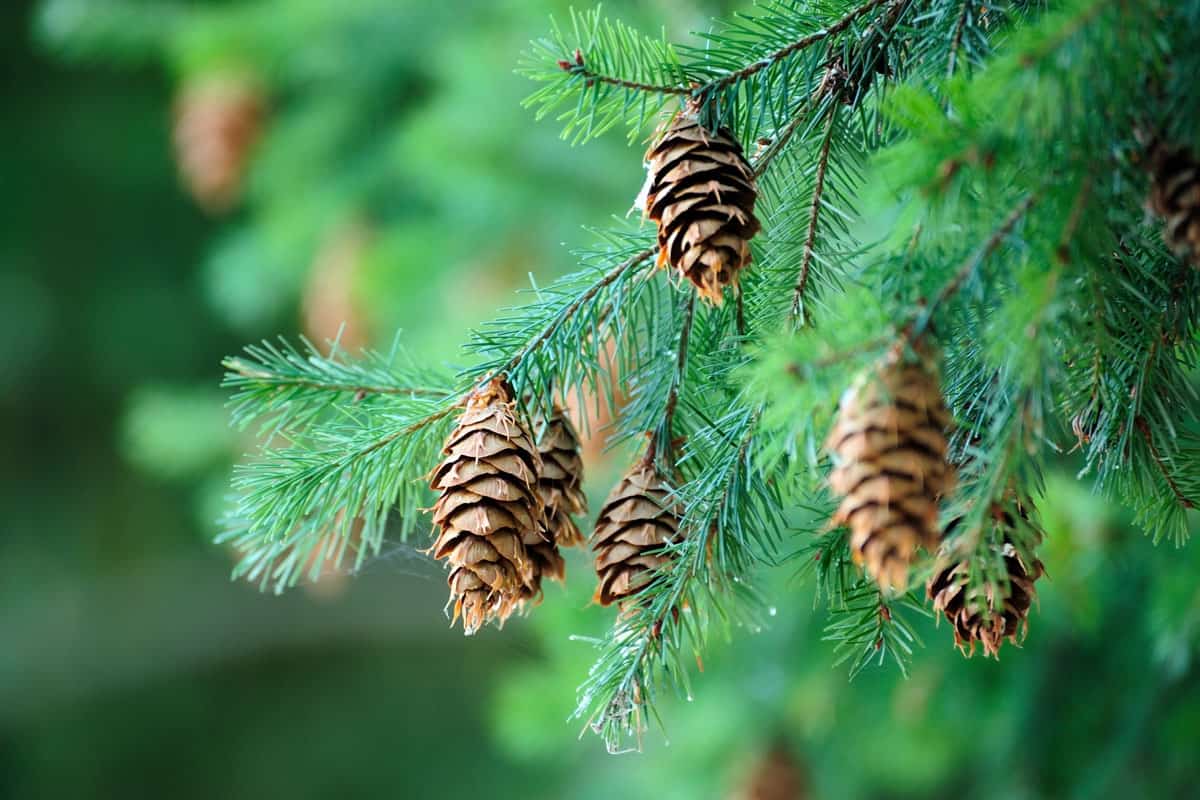 The seeds break off from the cones and have little wings on top. These allow the seeds to float and land softly in the soil. The helicopter wings provide aerodynamic sustenance for the seed.

Rather than landing right below the conifer and competing for sunlight, water, and other nutrients, it is able to fly away and take its own place. That is unless it gets eaten by a deer first, of course!

Why Are Seeds Important?

Seeds allow plants to be independent of water! Previous to the development of seed plants was a world of spores.

Plants like algae and moss would reproduce using germinated spores [gametophytes] which can produce sperm and egg through meiosis.

This was a very tedious procedure in the water!

Seed coatings granted an escape from water dependency. They also protect the seed embryo and endosperm [seed food]. Spores also do not carry endosperm, which is just another reason why seed plants are so important!

Do Conifers Have Flowers? 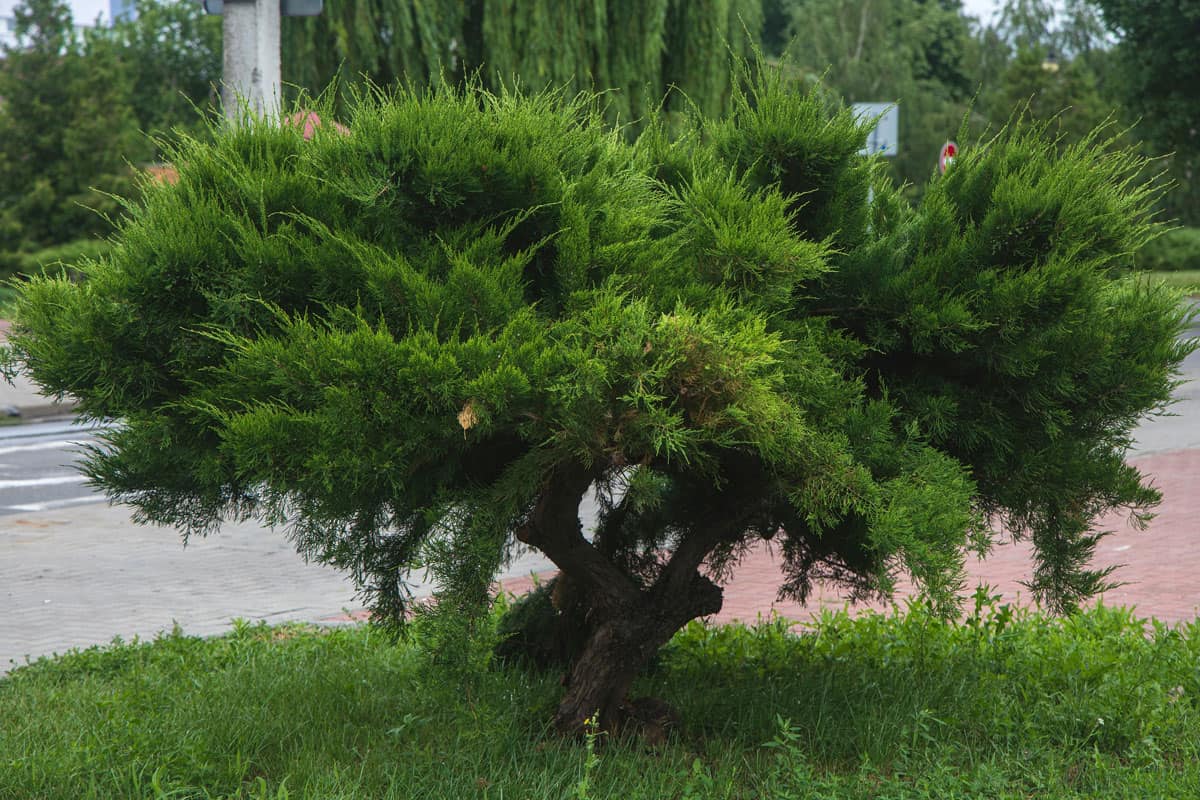 Conifers do not have flowers. Gymnosperms are naked seeds, while flowers are angiosperms. An angiosperm is a flowering plant that has housed seeds within the seed coat.

Rather than producing flowers, the cones are the fruiting body of a conifer. The reproductive process is similar [and actually less complicated compared to flowers]. Details will be covered in further paragraphs.

Do Conifers Have Pollen? 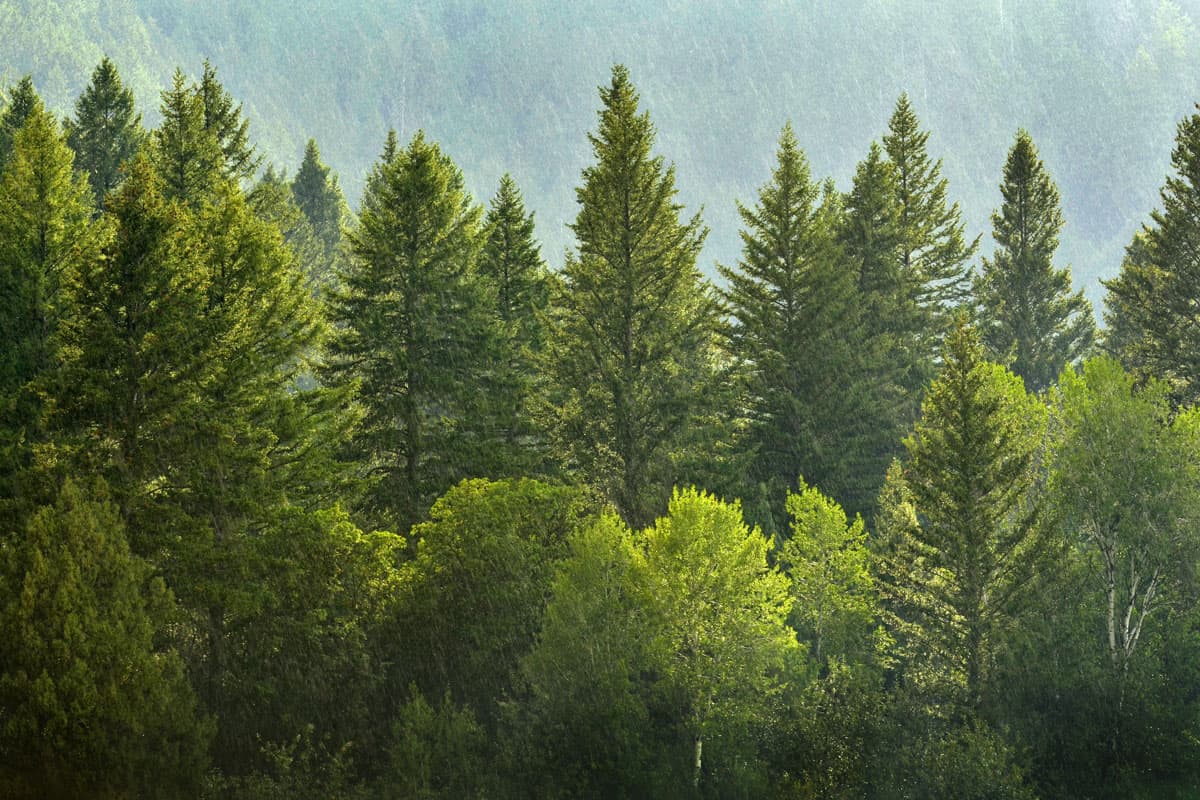 Within the male cone is reproductive anatomy, such as a pollen tube. Normally, the pistil of a flower would guide the pollen to the ovules in the ovary.

Conifer cones do not have pistils nor other floral anatomies such as a stamen or corolla. Since the cones lack a pistil, the tubes use a vegetative nucleus sperm to guide the pollen. Once the tube and ovules meet, fertilization can begin.

Ralph B. Strasburger discovered floral fertilization in the nineteenth century. He proposed that pollen grains [male gametophytes] could form a zygote when they are met with the ovule [female gametophyte].

Double Fertilization is when one male gamete fuses to form a zygote while another male gamete forms a triploid with two polar nuclei. According to the scientific networking site, Labroots, this becomes the endosperm nucleus, providing sustenance for the freshly formed embryo.

Do Conifers Have Leaves?

Conifers have needle-shaped leaves that are sometimes referred to as scales. The leaves have vascular tissue and are usually coated in a waterproof resin.

During winter, deciduous trees lose their leaves and use up stored energy in their roots. In contrast, coniferous trees continue to photosynthesize throughout the winter - actually, they do this all year round! 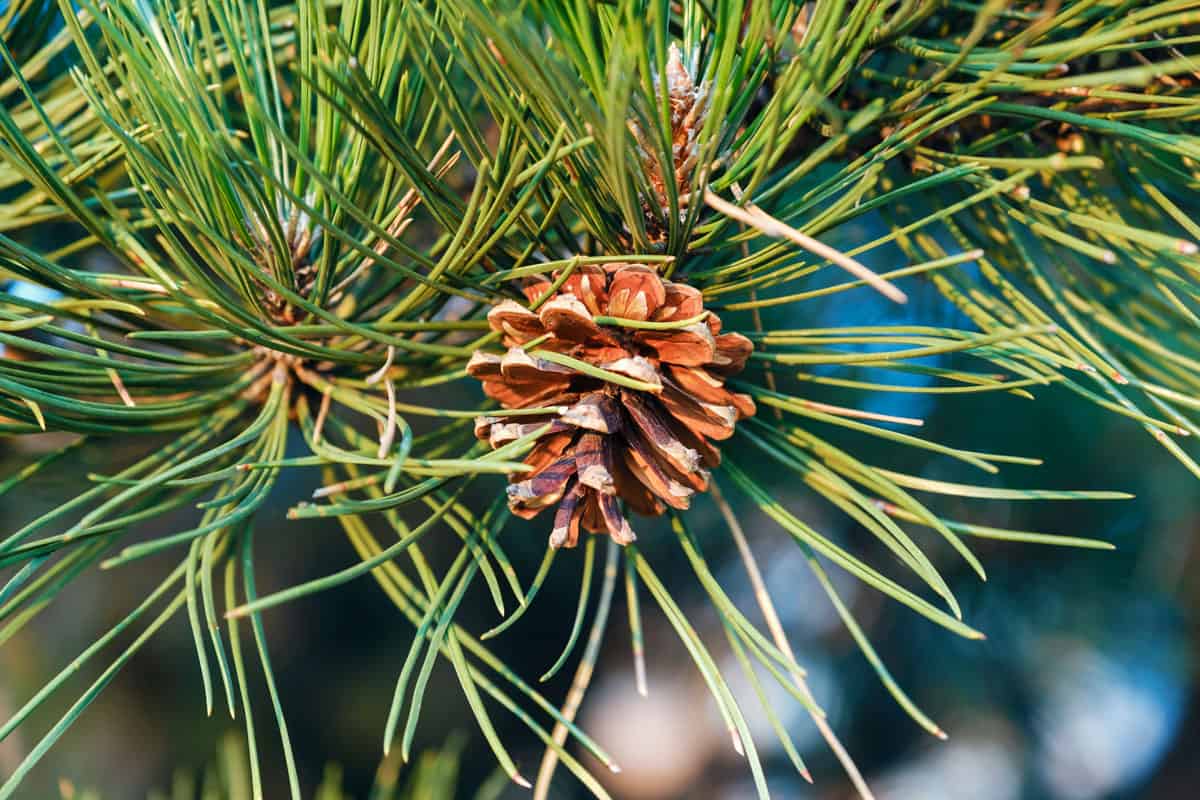 There are conifer leaves that come in a couple of different arrangements. Spruce leaves resemble the appearance of rosemary sprigs. The almost spikey leaves shoot out from the twig-like gravity-defying beings.

Are All Conifer Trees Evergreen?

Almost all conifers are evergreen! There are at least three known species of deciduous conifer trees, meaning they have needles and lose them annually. Here is a little bit about the species that defy our plant-categorizing bounds! 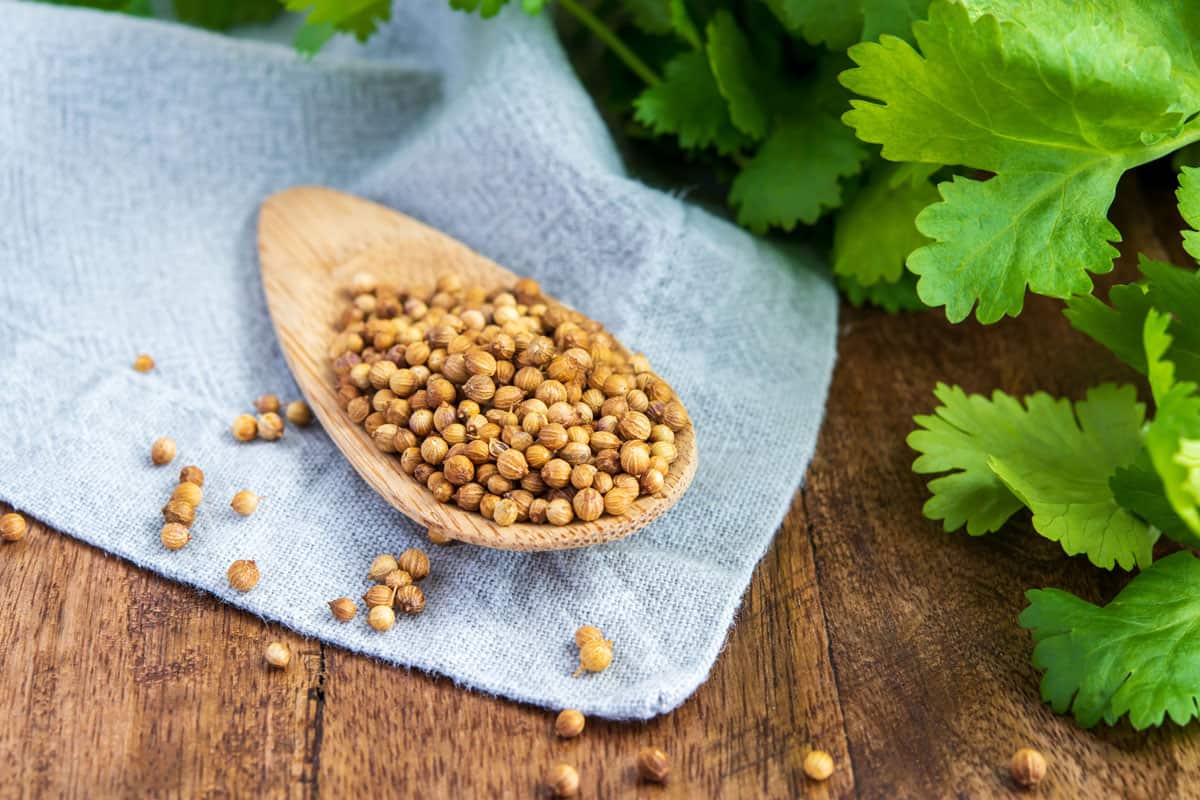 Larix laricina: Also called the Tamarack, these trees have extremely durable wood. Historically, the bark and roots have been used for mending canoes and decks. Its native habitat is in wet forests, where it attracts birds and butterflies. According to the University of Texas at Austin, these trees also make for perfect nesting sites. Keep an eye out for spruce grouse bird nests!

Pseudolarix amabilis: This tree has a couple of nicknames, but our favorite is the False Larch. Out of the three species listed, this tree grows the tallest in the wild [120 feet]. The leaves on this tree are more pronounced than other larch trees. Fun fact, some people also use this tree for bonsai!

If you are interested in bonsai, check out our related post here: How Much Do Bonsai Trees Cost?

How Far Down Do Conifer Roots Go Into The Soil? 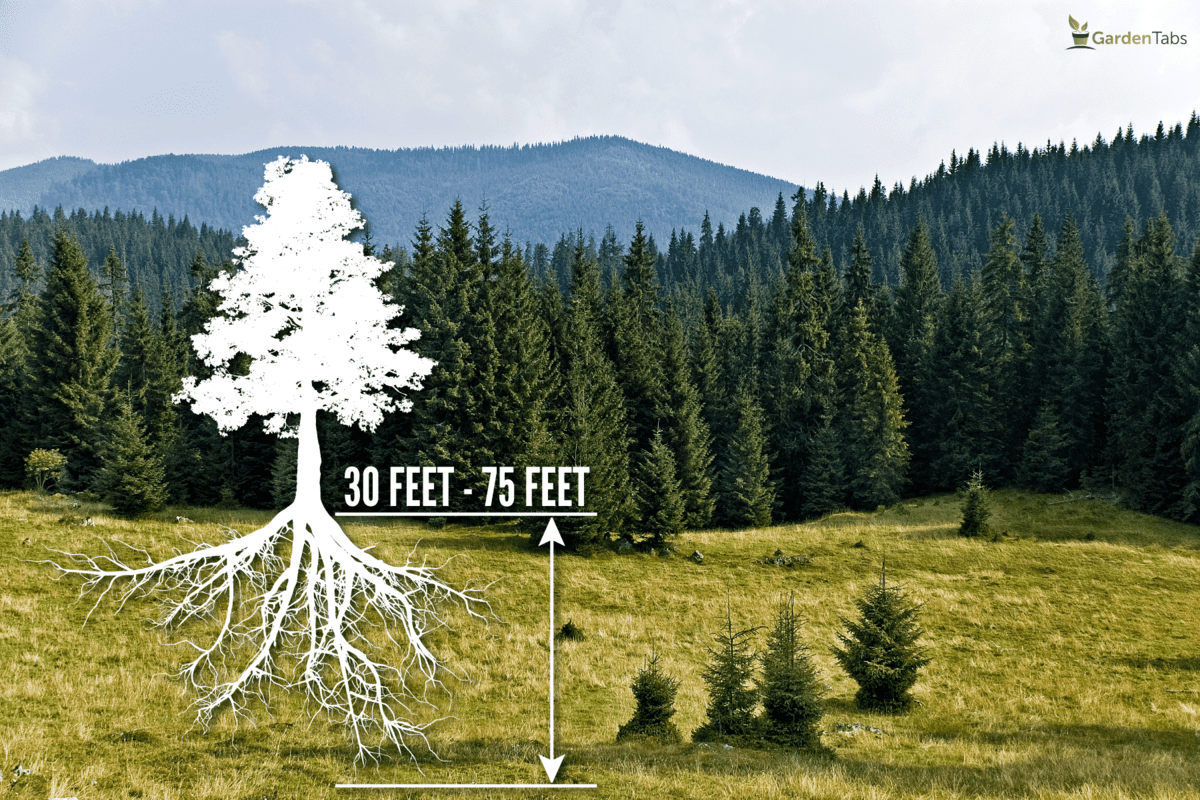 It is important to dig a hole in the soil at least three feet down to plant a conifer tree. An already established conifer tree's roots may grow between 30 and 75 feet into the soil. If the soil is closer to clay, sand, or loamy texture, you may want to dig an extra foot deep.

Pine trees, in particular, actually have a shallow root system. Their roots begin just one foot under the surface. Conifers have a taproot system as opposed to a fibrous root system. This means that below their trunk is a single main root with surrounding lateral roots.

Oxford's Society For Experimental Botany explains that lateral roots develop from non-vascular tissues. The roots later emerge once they are capable of breaking through three layers of cells.

The fibrous roots do not have a center or core like the lateral root system. A few examples of a fibrous root system are rice and wheat. To ensure the roots retain enough water, check on the sprinkling system often.

Do Conifers Produce A Lot Of Sap?

Conifers such as the Douglas fir, pine, and cedar produce essential sap throughout the entire year. They also produce tree resin.

Like the juniper tree, other conifers may fall short in sap during a drought. It is essential that juniper trees continuously make sap to ward off beetles.

Tree resin is a form of sap, although it isn't the delicious substance you may be picturing. This resin is thicker, stickier, and has antimicrobial properties. It is common for people to chew on tree resin as an oral cleanser. However, it is mostly not consumed.

If pine trees begin to produce too much sap, it can be a sign of an infection. This is also true if the sap is not a golden color.

It is a good idea to get the tree inspected by an arborist or professional in case there is an infestation of pests or diseases.

The larger a tree grows, the more sap it will produce [approximately one extra inch of tree growth equates to two gallons of sap.]

To encourage further growth, try fertilizing your trees with the appropriate approach. 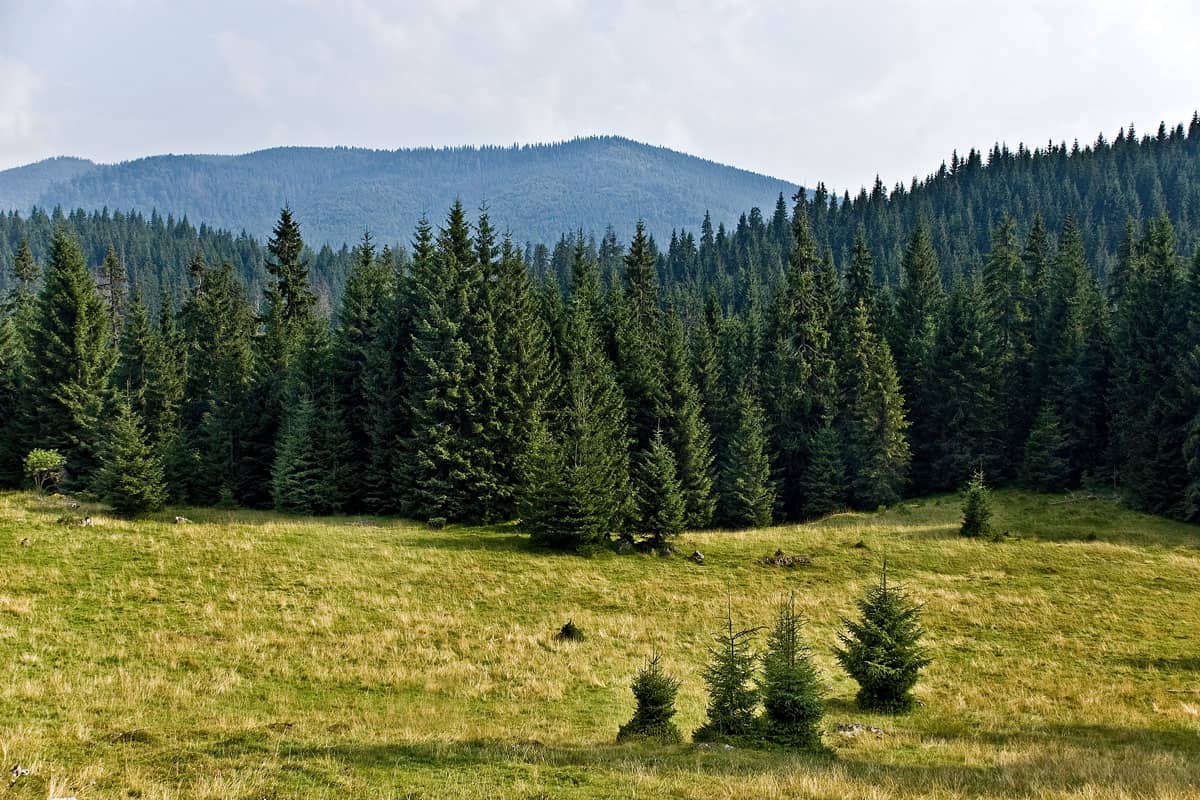 The difference between seeds, flowers, pollen, and leaves is vast. There are so many intricate qualities of each; they all add so much to the plant kingdom.

To recap, conifers are gymnosperms that produce cones rather than flowers. They have leaves similar to needles and reproduce using pollen from male cones. Ultimately, these are glorious trees that deserve more recognition.

If you enjoyed this content, please check out our related posts here:

How Long Can Bare Root Plants Be Stored Before Planting?

How Hardy Are Maple Trees Are And Which Zones Are They Right For?