Cushion moss or Leucobryum glaucum is a part of the White Moss family (Leucobryacae) and commonly grow to lengths ranging from 50 cm to at least 1 m across. Their leaves are between 5 to 9mm long and tend to spread away from the center. Cushion moss is easily identifiable due to their dense compact cushions or tufts and medium to grayish green color.

Once fully grown, the cushions tend to have a low dome shape that grows to be at least 12mm to 12.5 cm tall. Towards the lower 1/3rd length of the cushion moss’s body, the leavers tend to be wider than those at the top.

How to Grow Cushion Moss Outdoors

Cushion moss thrives in moisture and if provided the right conditions, will make an alluring addition to any garden. Once formed, the velvety, dense cloak of rich green hues are easy to maintain. The best locations to grow cushion moss are those with a moderate-to-heavy shade. Cushion moss growth zones include USDA plant hardiness zones 4 through 10.

A great feature about cushion moss is that they don’t absorb nutrients from the ground, which means soil composition isn’t important. In fact, cushion moss needs a stable base to grow, so sand and loose gravel are not going to cut it. It can be relatively easy to plant cushion moss by breaking it up into smaller pieces. Make sure no debris covers the moss.

The first step is to remove grass and weeds from the ground using mechanical or chemical methods. Once the ground is cleared, it has to be smoothed to remove any air pockets that could collect water. Make sure the ground is compact and doesn’t give away to weight. This helps avoid settling after the cushion moss is introduced.

You can spruce up the ground using surfaces such as rocks, paving stones to keep the leaf litter from accumulating.

While Cushion moss prefers plentiful moisture, it can tolerate drier climates than most mosses. This makes the spring and fall seasons ideal to plant moss. Start out by creating ideal soil conditions. You’ll want to make sure the soil is packed and firm, bonus points if it is very acidic since cushion moss thrives in these conditions. It is important for the soil to have good drainage, you don’t want soggy roots.

Target a pH level between 5.0 and 6.0, Use a pH meter to determine soil acidity.

If the soil is too alkaline, you can use sulfur powder to acidify it.

Cushion moss needs ideal lighting conditions, thriving in brighter environments. This is contrary to other varieties of moss which require darker environments. It can be a process of trial and error to determine the ideal lighting conditions for moss. You will have to see what works by placing the cushion moss in any spot and see how well it responds to the lighting.

A good idea is to play around with artificial light and indirect sunlight to see if it stimulates growth.

Cushion moss requires lots of moisture for proper growth. Make sure to thoroughly water both water and moss as well. Make sure not to create a swamp or puddle while watering, if you have created a pool around the moss, try to remove the excess amounts of water when possible. This is especially true if you’re growing the moss in a terrarium, which makes it difficult for the moss to evaporate.

A better idea is to simply mist the moss on a regular basis while watering it every two weeks. Be careful not to use tap water because of the excess chlorine which could turn your cushion moss brown. Use filtered water instead.

You can grow moss indoors as well. The process is super easy; simply fetch a clear glass container that has a lid. A good choice would be a terrarium or a large jar. Place pebbles in the container to a depth of at least one inch. Top it off with another inch of granulated charcoal.Alternatively, you can search for granulated charcoal in fish stores.

Prop the indoor moss garden with differently sized sticks and stones until the base starts resembling a forest floor. Arrange the pieces in such a way that the larger ones occupy the back of the pot and the smaller ones crowd up the front. Now introduce cushion moss over the larger objects in the back, filling up the remaining area with crumbled bits of moss flake.

Make sure the moss is pressed firmly onto the soil and rocks when planting. Push the soil into the pot if it is too fluffy. Lightly sprinkle the moss with water and close the lid tight.

Cushion Moss Does not Need Fertilizer

How Long Does Cushion Moss Need to Reach Its Full Size?

It will take six weeks for the cushion moss to start growing vigorously, reaching where moisture takes it. Under ideal conditions, it is possible for the moss to double their size in 3 to 6 months. Until then, water the moss diligently until they are well established.

Moss maintenance is entirely your choice. It will take over your entire outdoor area if you don’t prune it regularly. If the cushion moss grows too thick and dense, then there is the risk of water and light not reaching the middle sections, suffocating them until they turn brown and die.

While pruning is a good solution, it is incredibly easy to take more off. So make sure to remove less than what you think is necessary. Make sure the tools you use are sharp and the cuts are as clean as possible. Larger and messier cuts will result in infection from pests and disease. If you come across larger patches of moss that aren’t doing well health-wise, then it’s simply better to replace that chunk altogether with newly forages moss (alternatively you could buy more).

The mint green color of cushion moss shines through the forest landscape. 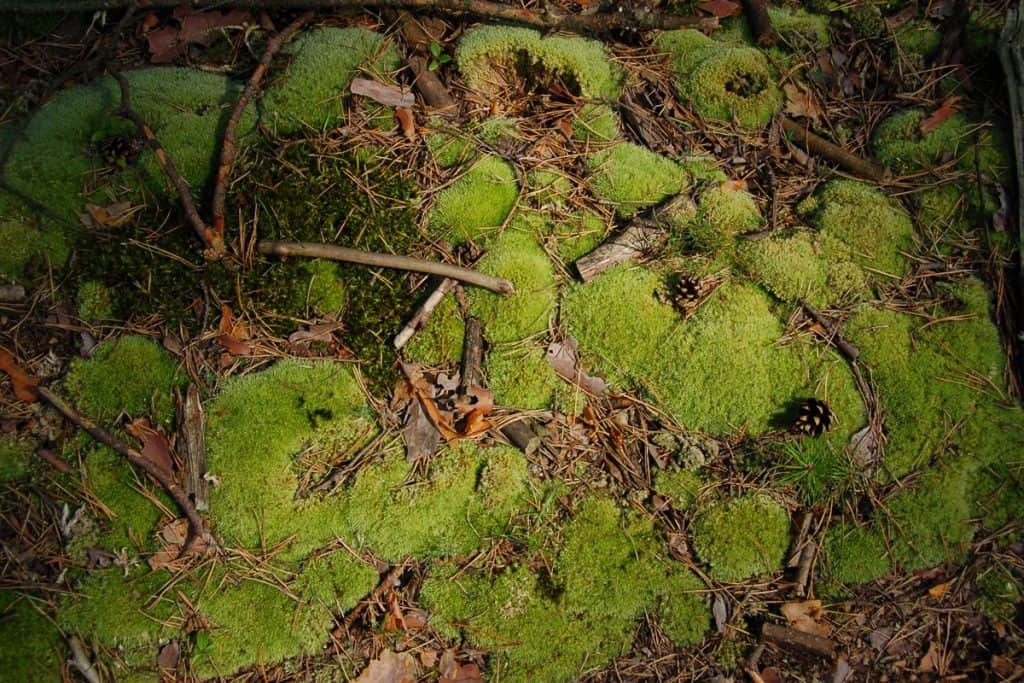 One user was able to combine cushion moss with reindeer moss. Both species clump together, resembling the shape of a football.

Cushion Moss as Base

Cushion Moss can be used to provide a wonderful backdrop to other plants and foliage. Their rich green textures will always standout.

Here’s a good idea to prevent cushion moss from taking over: use a large container such as a floral bouquet. It looks good and serves a useful purpose.

Although cushion moss looks good in its own right, you can complement its beauty by adding other foliage. Make sure the colors aren’t too bright or they could take away from the grandeur of the moss.

Adding natural color to man-made obstacles looks more aesthetic than we give credit for.

This homeowner found a perfect solution for moss growth: separate the borders using hard, flat surfaces and moss won’t spread to other areas.

Since you can grow it anywhere you want, cushion moss is versatile enough to pursue as a mini project. 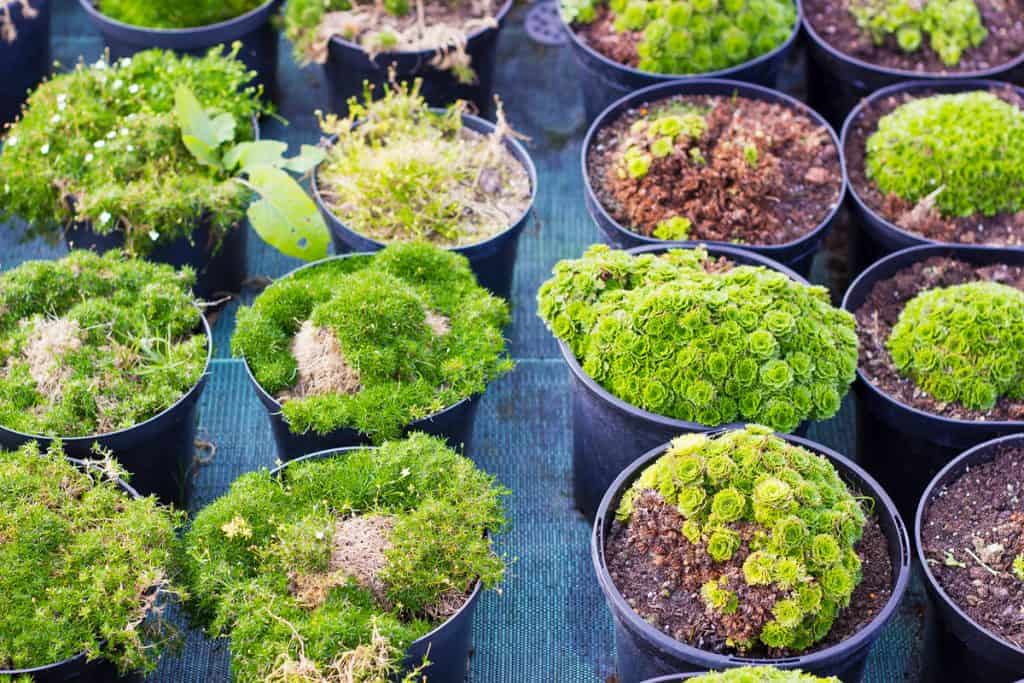 You can choose any shape of terrarium or glass container you want. The versatility of moss encourages creativity.

Yes, you can make a bed of cushion moss. It’s tempting, but don’t step on it.

Cushion moss has a texture that automatically pops up on its own. It looks wonderful in gardens, making it look authentic.

Use as a Garden Accent

Don’t underestimate how beautiful cushion moss can be. It can be used to accent dull ground in the garden. 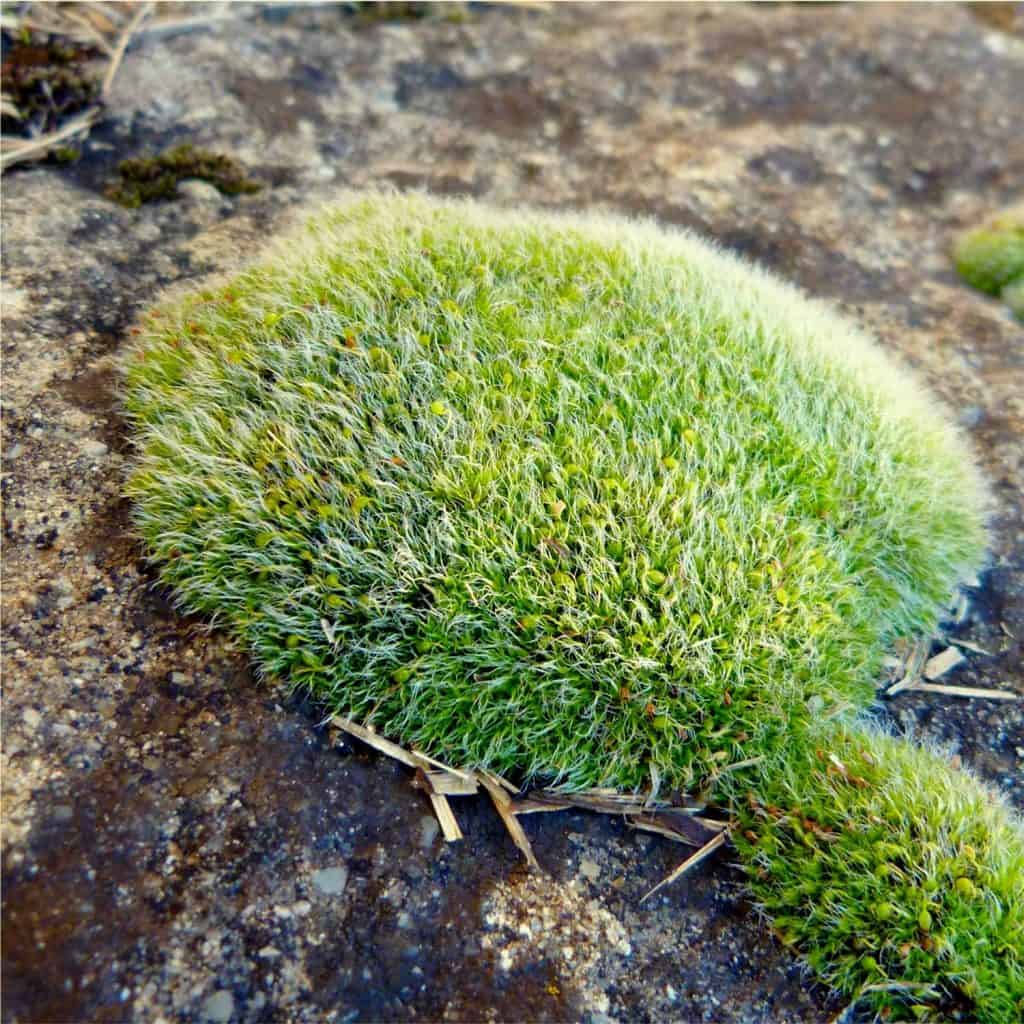 Choose where to Grow it

The ideal patch of cushion moss grows where you want it to without spreading like wildfire. 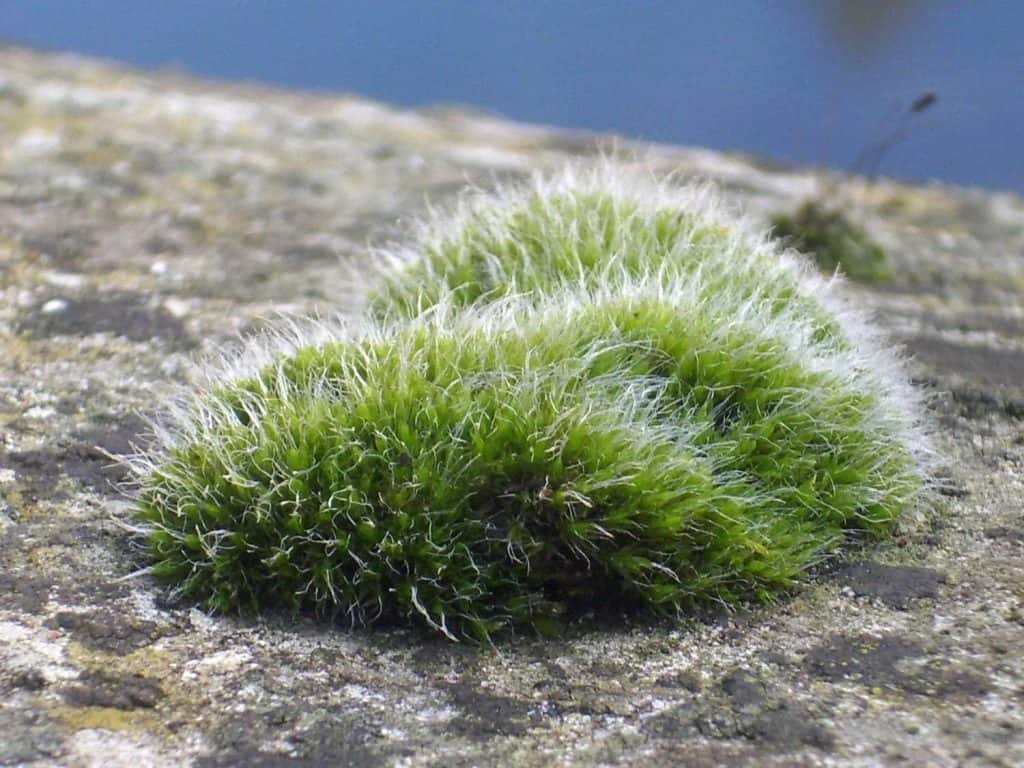 Where to buy Cushion Moss from?

Amazon is a great place to buy cushion moss seeds, bulbs, and other gardening kits. Below are a few products that will help you get started.

You get a single packet of cushion moss seeds that will grow in most weather conditions. These are perfect for gardens, indoor pots, and terrariums.

Here is a nice combination of different types of moss including cushion, hair cap, and reindeer varieties. These are live moss, so make sure to start planting as soon as they are shipped.

If you want to grow moss indoors, why not get a full-fledged terrarium kit. This glass terrarium comes with a mini halogen dome and a light bulb, which is perfect for cushion moss.