So you've observed that it's the time of the year when weeds seem to be sprouting all over your broadleaved crops. However, you notice Clethodim or Glyphosate is included in the ingredients. Will these active chemicals kill your Brassicas? We have researched the answer to find out.

Herbicides that contain glyphosate do not kill Brassica seeds or any plant that has not yet germinated. However, do not spray them directly on any vegetable crops, as it can instantly kill them.

Clethodim does not affect broadleaf crops such as Brassicas, but it can kill others such as corn, oats, and wheat.

The best time to spray herbicides that contain Glysophate is when you prepare the plot where you will plant the Brassicas.

There are many things to learn about herbicides and their proper applications so your crops will yield and become healthier. Knowing how to apply these chemicals properly is crucial so you won't have to deal with failing crops. Keep reading below to learn more about how herbicides work on Brassicas!

Does Roundup Contain Clethodim Or Glyphosate? 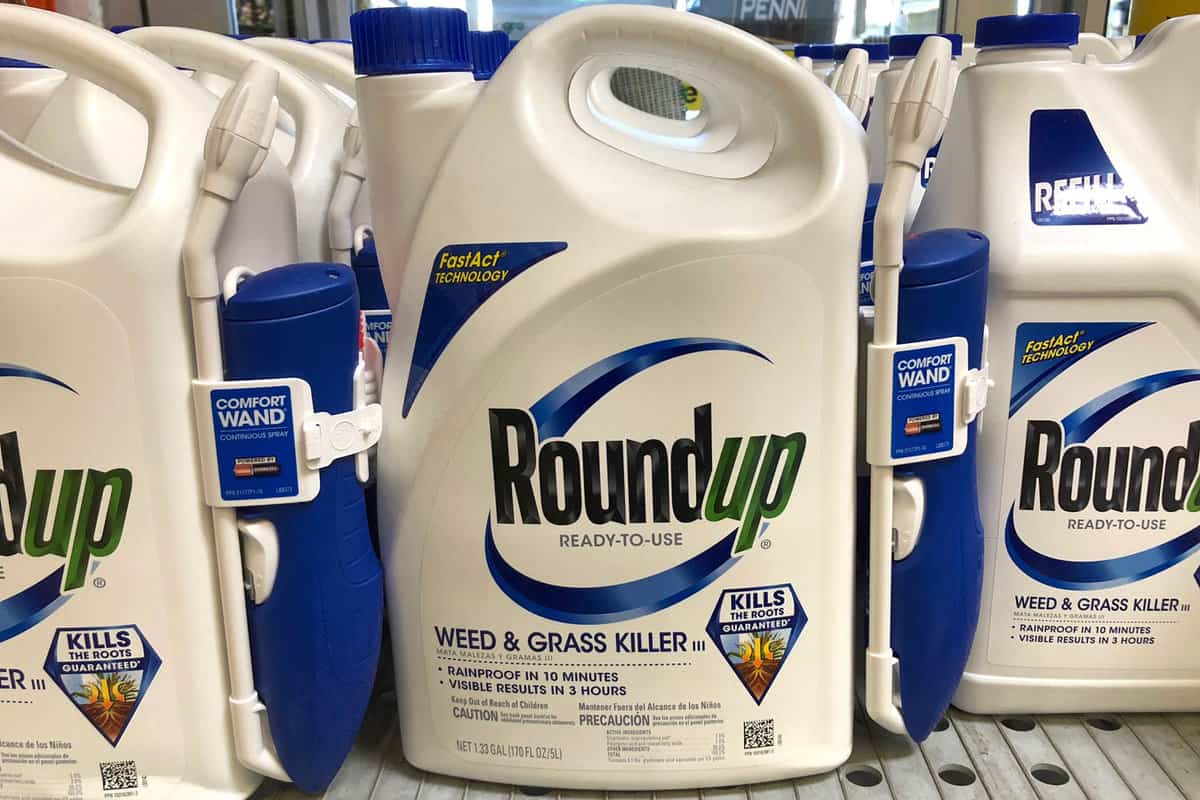 Roundup contains glyphosate as its active ingredient. This chemical kills weeds and can affect your vegetable crops if misused.

Other herbicides, such as Clethodim 360, have Clethodim as their active ingredient. According to research, they are starting to overtake glyphosate in terms of effectiveness.

Can You Mix Glyphosate And Clethodim To Kill Brassicas?

If you are using two brands containing these active ingredients, you still need to test if they can be combined or if other ingredients will repel them, causing a negative effect.

However, the mixture is observed to have increased the effectiveness of herbicides.

Can You Spray Clethodim Or Glyphosate On Brassicas?

You can spray herbicides on the soil of your Brassicas, but you shouldn't spray directly on them. This is especially crucial if the active ingredient is glyphosate.

However, herbicides that have Clethodim as their active ingredient are more selective on which grasses or plants to kill.

For instance, if you spray clethodim near the Brassicas, it won't affect them as it is only designed to kill grass, such as weeds. However, it can also affect grassy crops, so don't use this near sorghum, oats, or wheat.

To be safe, keep your sprays on the weeds only so you won't have to worry about your crops dying.

What Is The Best Time To Use Herbicides?

The best time to spray herbicides is in the spring when weeds are just starting to develop.

This will prevent them from fully sprouting, so you won't have to deal with too many weeds when some plants are just starting to grow.

Spraying herbicides is necessary when preparing the plot of land where you'll be planting your vegetable crops so the weeds won't interrupt their growth.

Most commercial herbicides stay active in the soil for at least six months, so you shouldn't spray daily since this could also damage your crops. One spray usually does the trick.

However, reapplication would be necessary if the weeds don't die even after three weeks.

Should You Spray Herbicide Before Or After It Rains?

It is best to spray herbicides before rainfall since the water could dilute the effect of the herbicide and cause the weeds to sprout.

Make sure to spray at least 30 minutes before the rain falls so it can fully immerse in the soil. If you intend to spray after the rainfall, wait for the ground to dry.

Do I Have To Use Herbicides In My Yard? 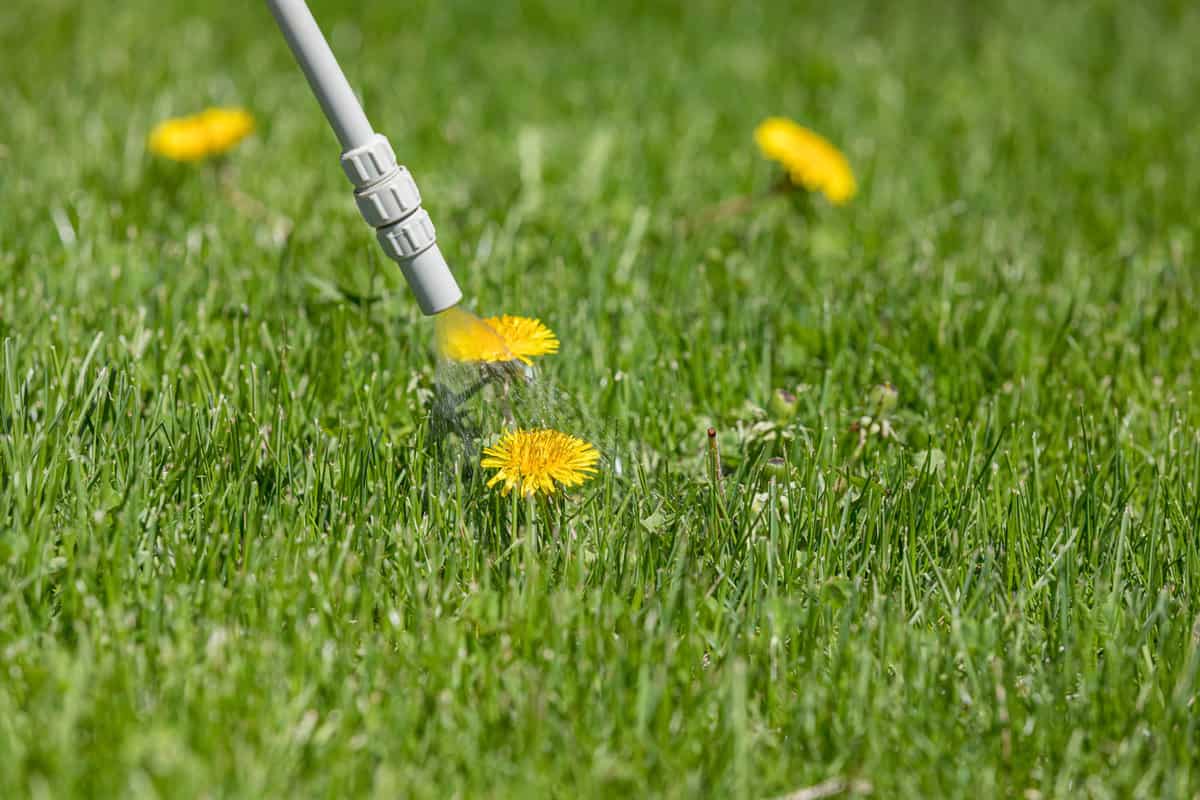 Herbicides are necessary because they control the weeds around your crops. Weeds compete for water, organic materials, and even sunlight.

If your crops have a lot of weeds, chances are they won't yield or develop properly.

Different types of herbicides work for different development stages. If you're trying to control weeds on fully grown crops, you need to choose one that won't damage your plants.

Small doses of herbicides can work wonders, so you won't have to saturate the soil too much.

The Drawbacks Of Using Herbicides

Although herbicides have a lot of benefits for crops, there are issues with them that you should be aware of. Most of these issues can easily be solved, so you can use your herbicides with peace of mind.

Some of these drawbacks include the following:

For instance, herbicide droplets can be distributed if there's a strong gust of wind, accidentally landing on your crops and fruits.

These instances should be harmless, especially if you see that the crops continue to grow. However, washing your fruits and vegetables is still highly recommended to remove pesticide and herbicide residue.

There could be herbicide damage if the chemical moved to the root zone of another plant, which could react negatively to it. Accidental spraying can also cause the crops to die and contaminate the soil.

Which Herbicides Are Safe For Vegetables?

Most gardeners use Roundup or Glyphosate.

Roundup and Kleenup have this as their active ingredient. If you use glyphosate, wait seven days after spraying the plot with it before planting your vegetables, or in this case, Brassicas.

However, if weeds are already growing around your vegetables, you can use selective herbicides so they will only target specific types of weeds without harming your Brassicas.

If you already have Roundup, you can use it to kill weeds, but make sure not to spray directly on the crops as it can kill them.

Here are other herbicides to consider:

How Long Do Herbicides Stay In The Soil? 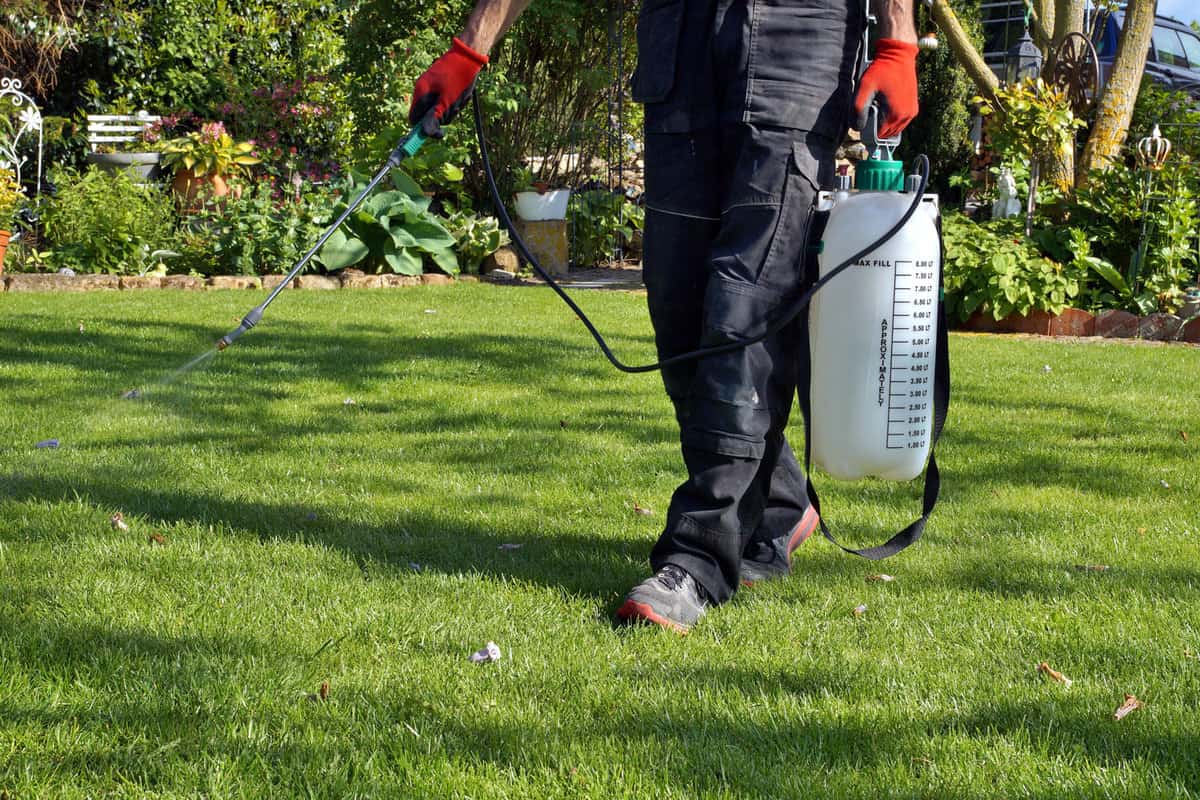 If you're planning to transfer your Brassicas and place a more sensitive plant in their place, you may want to remove the herbicides in the soil, especially if the new plant will be too sensitive to them.

Herbicides typically last for several months or years before breaking down into compounds. Most commercial herbicides last for around six months.

You can fast-track the breakdown of herbicides by tilling and adding organic matter into the soil.

Herbicides and Pesticides are different. If you want to get rid of pests, use a pesticide.

Herbicides are only used to kill plants and weeds, not necessarily bugs and other animals: although they can be toxic when ingested. However, don't depend on it to keep pests away.

Do Wildlife Eat Vegetables That Are Sprayed With Herbicide?

If the herbicides did not touch the crops, had not been contaminated, or had not been damaged, wildlife could still eat the vegetables.

There's a chance that wildlife will still be confident munching on your crops if you want to reduce this, plant wildlife or deer-repellent plants in your yard.

How Can You Keep Wildlife Away From Brassicas?

One of the most effective ways to keep wildlife away from brassicas (aside from natural repellants) is pouring commercial predator urine.

Fox or coyote-smelling urine is widely available, so you can get them for your Brassica plot.

When wildlife, such as wild rabbits or deer, detect the smell of predator urine, they will be discouraged from grazing in the area. Your Brassicas will remain untouched, and your other plants won't be eaten.

Other alternatives include hanging bars of soap around the edges of your Brassica plot, putting up unwashed human hair around the garden, or simply building a fence.

Other than wildlife, insects also tend to eat around your Brassicas. Cover the crops with tight mesh nets or insect-proof netting to prevent this.

How To Take Care Of Brassicas 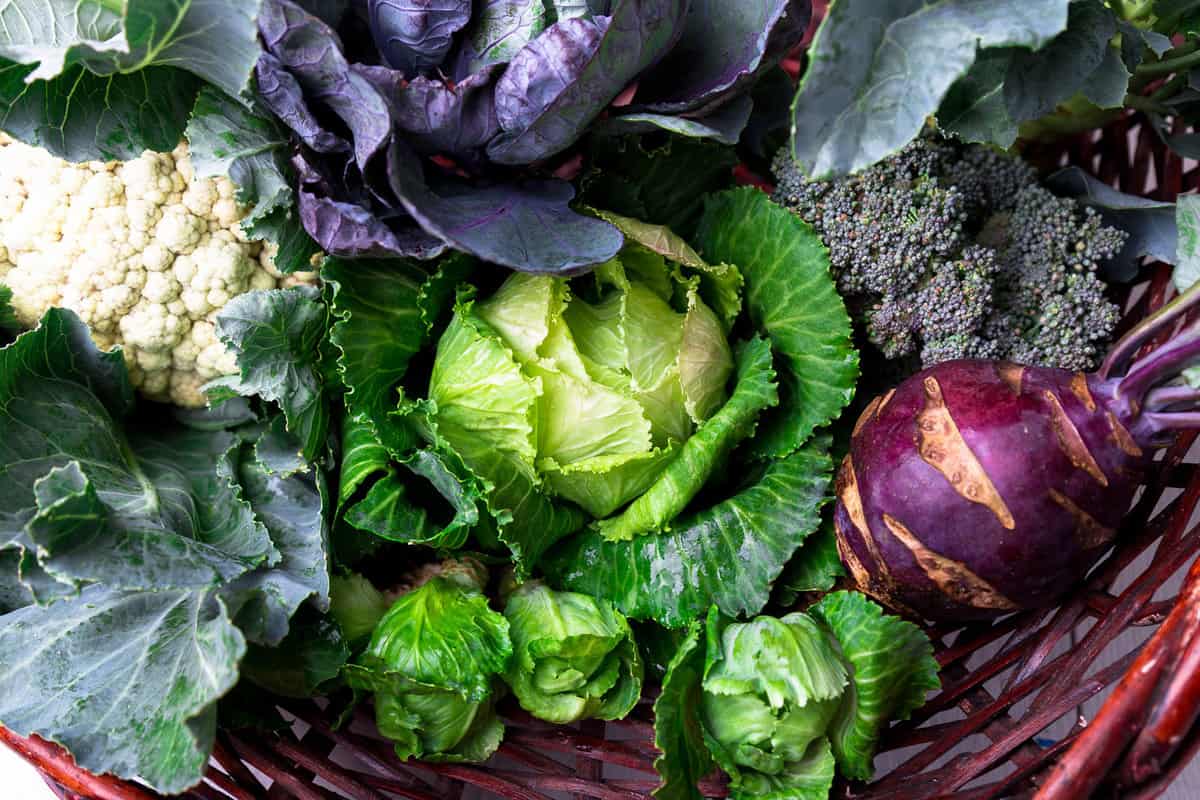 Brassica is a cabbage that produces edible roots, leaves, and stems. They have a large family that includes broccoli, Brussels sprouts, kale, turnips, and radishes.

Here's how you can take care of them:

Herbicides are necessary and highly effective, including those with Glysophate or Clethodim as active ingredients. However, it would help if you used them correctly so they won't be harmful to your crops.

As always, follow the instructions closely so you'll reap the benefits of having Brassicas in your garden.

Made it to the end? Check out these related articles!

Can You Plant Brassicas Two Years In A Row?

When To Plant Brassicas For Deer [& How To]