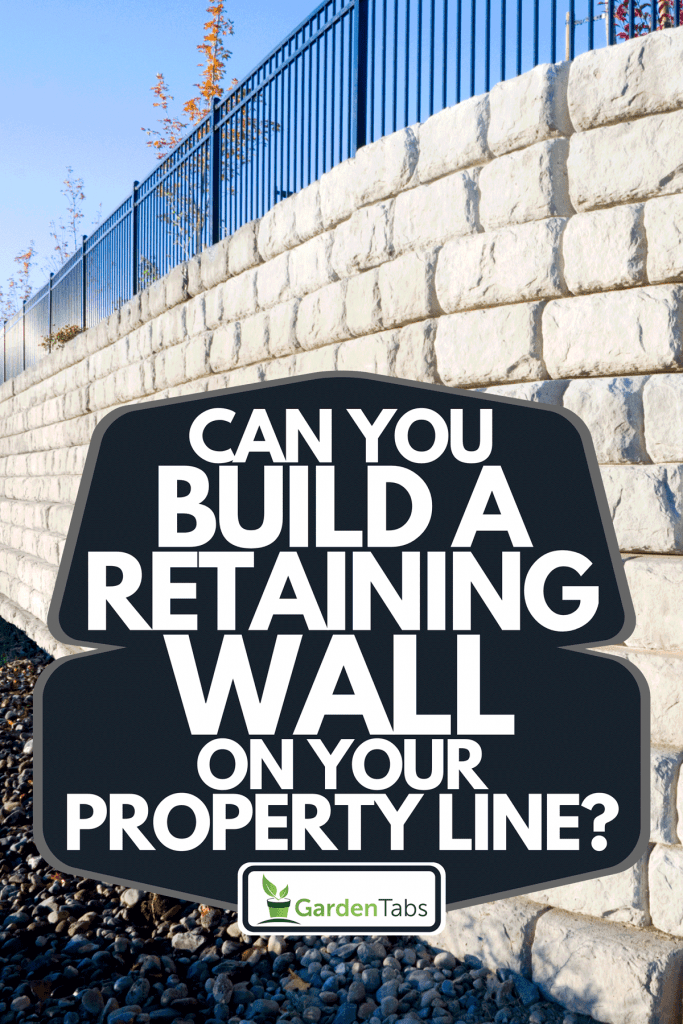 How Close To A Boundary Can You Build A Retaining Wall?

Unfortunately, there's not a definite answer as to how close to a boundary you can build a property line. The distance varies by the state or city you live in.

The only way to know for sure is to contact your city council or relevant city officials. The last thing you want to do is build a retaining wall somewhere you weren't allowed to and without proper approval. In doing so, you could face fines or other legal issues from your city. 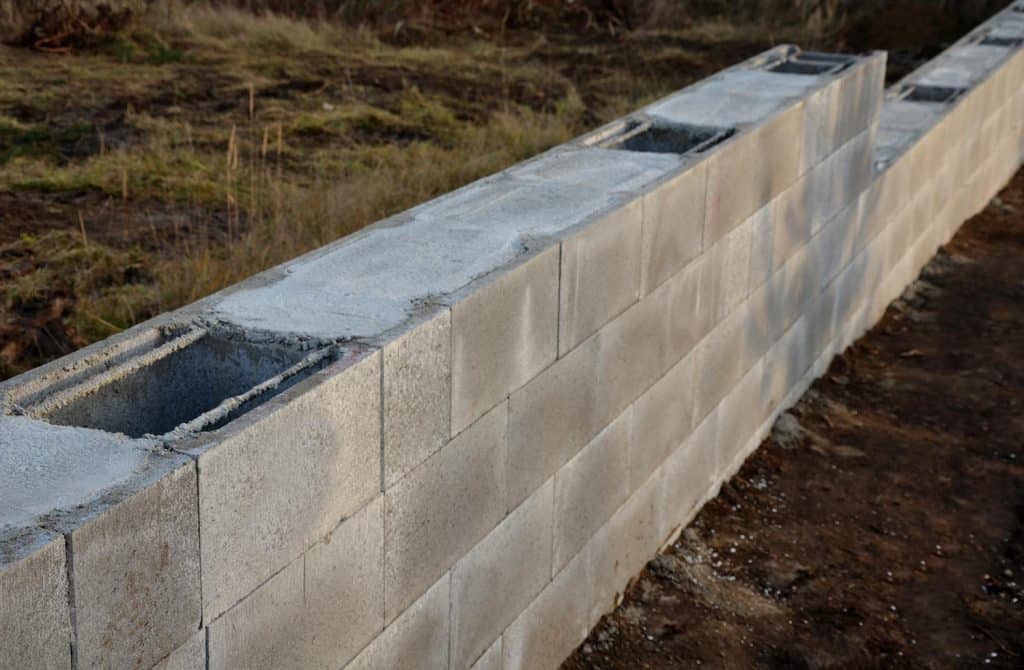 What Is The Maximum Height Of A Retaining Wall?

Most retaining walls should be no taller than 3 to 4 feet without structural support. Anything higher than that can affect the stability of the wall if supports aren't put into place.

The maximum height of a retaining wall is another aspect that you should check with your city before you build it.

Some cities will require you to hire a professional to build the wall if you plan to build it above a certain height. This is done to ensure safety by making sure that the proper supports are in place. That height will vary by city, but it's usually around the recommended 3 to 4 feet.

Some cities may also require you to hire a contractor regardless of the height of your retaining wall. Again, it's extremely important to check with your city before building anything permanent on your property. You don't want to deal with the potential issues later by not getting proper approval.

Building A Retaining Wall On A Property Line: What You Need To Know

Okay, let's say that your city does allow you to build a retaining wall on a property line. Before building it, there are certain things that you need to keep in mind.

The major issue that you need to remember is that building a retaining wall on the property line affects both you and your neighbor. With that being said, you and your neighbor should agree before you start to build. The agreement should cover the cost as well as any other logistics regarding how the wall is built.

You and your neighbor both have rights when it comes to building a retaining wall on the property line. In addition to getting city approval, it is a good idea to consult with an attorney to create a legal and binding agreement since the wall affects both of your properties.

Exact laws may vary based on where you live. Having an agreement in place can save you money later if a problem arises.

Who Is Responsible If A Retaining Wall Collapses? 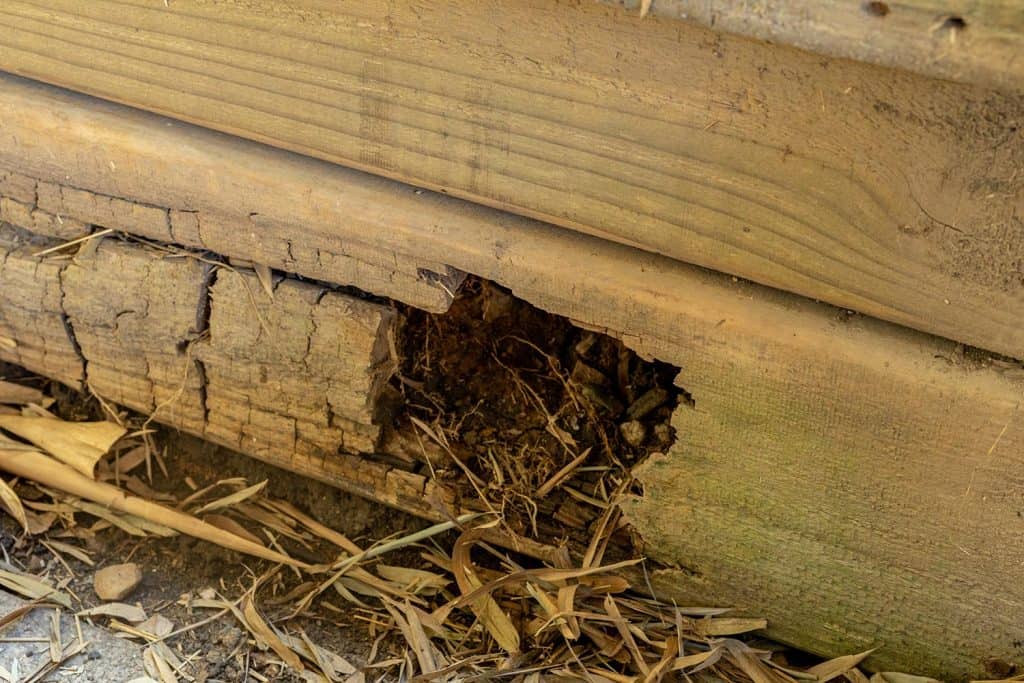 If a retaining wall is on the property line, then both you and your neighbor are responsible if it collapses. This is why it is so important to have an agreement with your neighbor prior to building the wall.

Improper maintenance of the wall can cause it to collapse, especially if certain materials were used. Materials such as wood can rot or deteriorate, so it's important to keep leaves away from the wall, for example. Leaves can harbor insects and can affect the amount of moisture that gets onto the wall. Both of these can cause damage to the wall and cause it to collapse.

Both neighbors are responsible for maintaining their side of the retaining wall. Therefore, both are responsible if the wall collapses regardless of whose idea it was to build the wall in the first place. Responsibility includes both of you sharing the cost of repairing the wall.

Is A Collapsed Retaining Wall Covered By Insurance?

Usually, retaining walls are considered to be a detached structure that is a part of your property. Homeowner's insurance policies may or may not cover them; it really just depends on the guidelines of your particular insurance company.

Under What Other Conditions Are Both Neighbors Responsible?

Another condition under which both neighbors are held responsible for the retaining wall is if the wall collapses and causes injury to another person. But again, it depends on the cause of the collapse.

If the injured person decides to take legal action, then both neighbors are likely to be held responsible for legal and medical bills. That's another reason why an upfront agreement on both parties taking care of the wall is important.

Under What Conditions Is The Neighbor Not Responsible For The Wall?

The first condition is when no agreement was put in place upfront. If you don't have your neighbor's written and legal agreement to build the wall on the property line, then they are not responsible. They don't have to help maintain it and aren't responsible in the event that it does collapse. The neighbor can also ask to have it taken down at the owner's expense.

The second condition is if the wall causes damage to the neighbor's property, especially as a result of the wall leaning in their direction or poor drainage that causes their land to erode. It doesn't matter whether or not there was an agreement in place prior to building it. In most cases, the owner of the wall is responsible for the damage.

See more: How To Stop Erosion Around A Retaining Wall

How Close To A Retaining Wall Can You Build?

Again, the distance at which you can build another structure next to a retaining wall will vary from place to place. There are also certain conditions to consider regarding the land you are building on, such as slope, drainage, etc.

You can build a retaining wall on a property line. But it is in your best interest to have your neighbor's written legal agreement so that you can both be responsible for it.

Keep in mind that your neighbor doesn't have to agree. In that case, you are responsible for the wall and any legal issues that may arise from it. Thanks for reading!