When you work in your garden, you will inevitably find bugs and critters. Some of them are beneficial or harmless, but some are not--and knowing the distinction is crucial if you want your garden to thrive. So, if you see garden spiders in your garden, how do you approach them? Can they poison you or your pets? We researched answers for you.

Although garden spiders are intimidating, there's nothing to worry about. They do not have potent enough venom to poison humans and pets. However, be careful not to trap them because they can get aggressive and bite--which feels more like a bee sting.

Recognizing the many critters that frequent your garden is essential, so you'll know which ones to dispel and which to leave alone. Keep reading below to learn more about the Garden Spider, their benefits, and if they affect plant growth.

All About Garden Spiders

Garden Spiders, or Argiope aurantia, are often spotted in leafy gardens during the spring. They are easily noticeable because of their large size and intimidating appearance. Garden spiders typically have black and yellow limbs and long legs.

These spiders weave orb-shaped webs, so you may spot these webs somewhere in your garden, which confirms their presence. These webs are attached to the plants, which tether them.

The webs have a distinct zigzag pattern, possibly used to alert birds not to fly through them. Some also speculate that the pattern signals that the spider is ready to mate. However, the most probable reason for this pattern is to trap insects easier.

These spiders are most active during the spring and summer so you may see these webs often during these seasons.

Their venom is used primarily to indispose their insect prey. It cannot harm humans or pets, so you wouldn't have to worry about your pet getting poisoned if they suddenly wander into your garden. 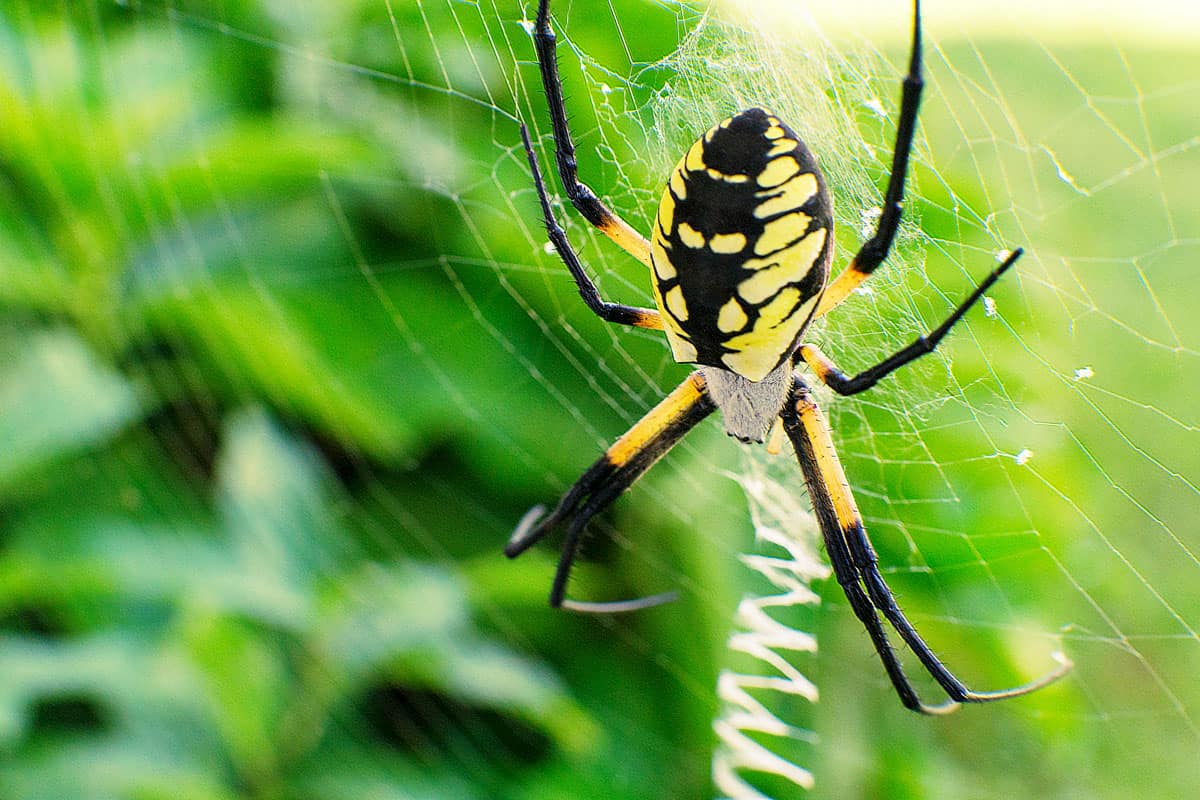 Benefits of Having a Garden Spider

If you see a garden spider--especially for the first time--your first reaction would be panic. You could somehow be tempted to get rid of it or kill it. However, getting rid of them isn't wise since they have a lot of benefits that can make your garden thrive.

For instance, garden spiders catch insects that are potentially harmful to your garden. They can eliminate moths, flies, beetles, and wasps, which are part of their diet. With spiders controlling them, you won't find half-eaten leaves when you tend to your garden.

They can be a natural pesticide since they overwinter in the garden, so they resume their diet once the season is warm enough. They can catch all the harmful pests even if you hold off the insecticide during the start of the warm season.

Are There Drawbacks to Having a Garden Spider? 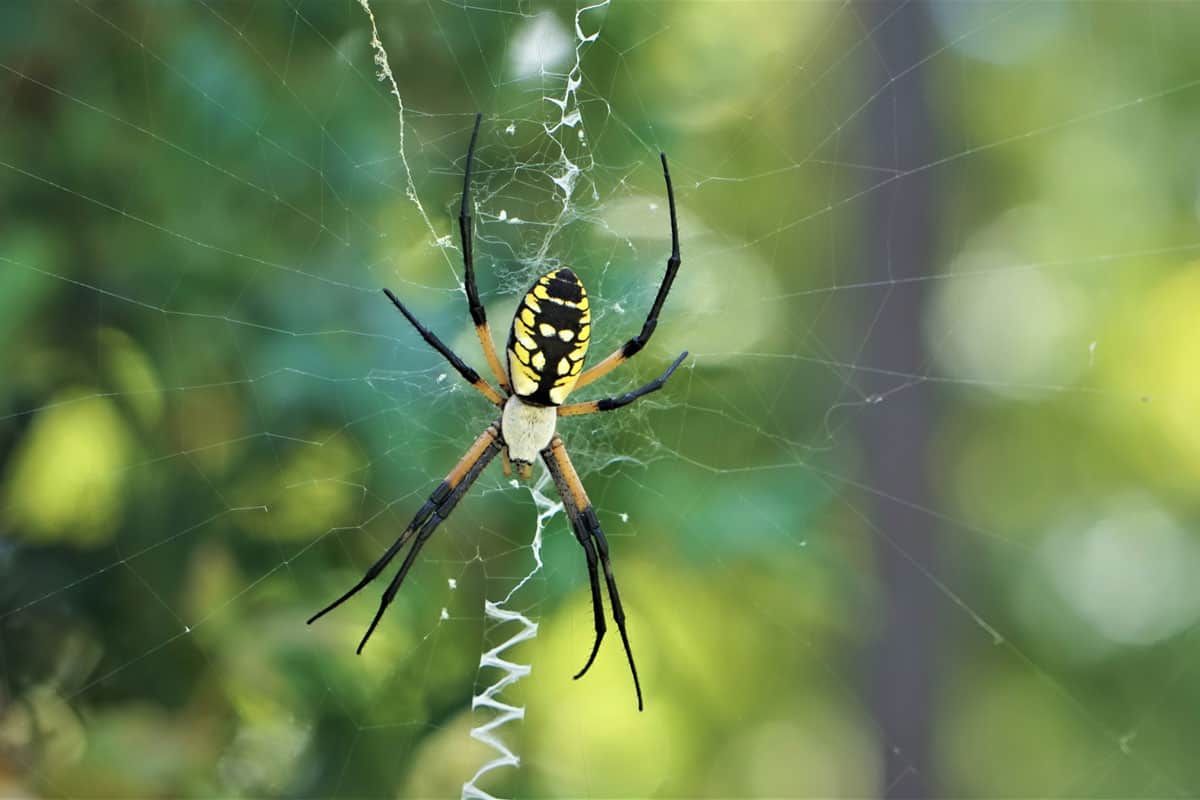 There are no direct drawbacks to having this spider in your garden. However, they may turn aggressive and bite you if you accidentally touch them. This is possible if you're tending to your garden and accidentally moving your hand along them or their eggs.

Depending on the dog or cat's general health, a garden spider's bite can also be serious. However, reports of this are rare. If you're worried, don't let your dogs or cats around the garden where they can potentially move through webs or spider eggs.

When they bite, you will initially feel a sting similar to a bee's. Their venom could enter your body, and while it isn't poisonous, it can still cause uncomfortable swelling and redness.

If you somehow get bitten, make sure to clean the area with soap and water. Do not scratch it, as it may get infected. You can apply a cold compress on the area to reduce the swelling.

How To Move A Garden Spider 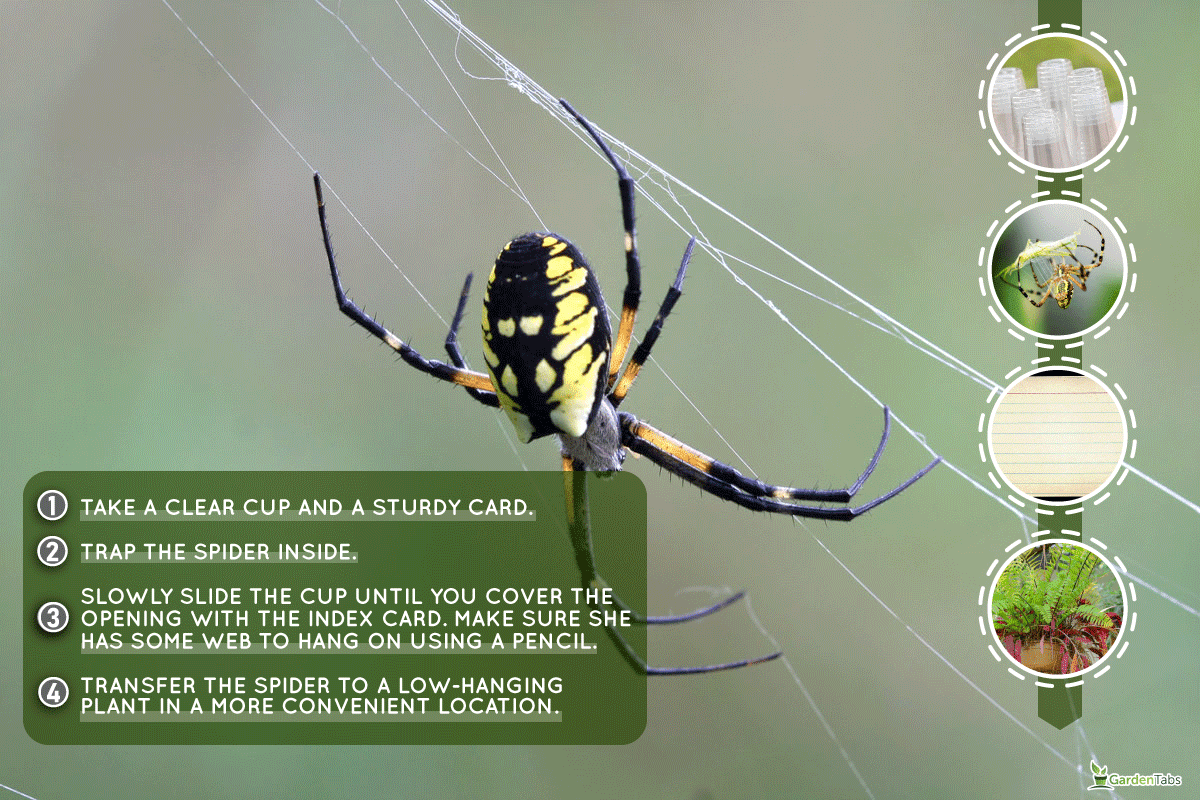 Garden spiders are highly dependent on their web, so you should leave a bit of their web with them when you migrate them. Here's how you can relocate a garden spider safely and effectively.

Should You Kill a Garden Spider?

It would benefit your garden's ecosystem more if you leave the garden spider alone. They are pest predators so you can save on pest control and insecticide. They are generally harmless, so there's no reason for you to kill or eliminate them.

You also don't have to worry about an infestation since garden spiders only reproduce once or twice a year. Their spiderlings typically scatter to new places, even if they survive to adulthood.

However, if you somehow find them inside your home, it is best to investigate if there are other pests that attracted them in the first place. Often, they can be found hanging in windows and doors.

After that, you can transfer the garden spider to your garden or take them outside with their web.

Can You Keep A Garden Spider As A Pet?

Although they are harmless, keeping a Garden Spider as a pet is not recommended. They will hardly benefit anyone since a garden spider cannot spin properly outside its natural habitat.

However, if you can build a large tank that accurately mimics a garden, you may place them there. You can build a tank filled with large plants where they can build their webs.

Which Insects Should You Be Wary Of? 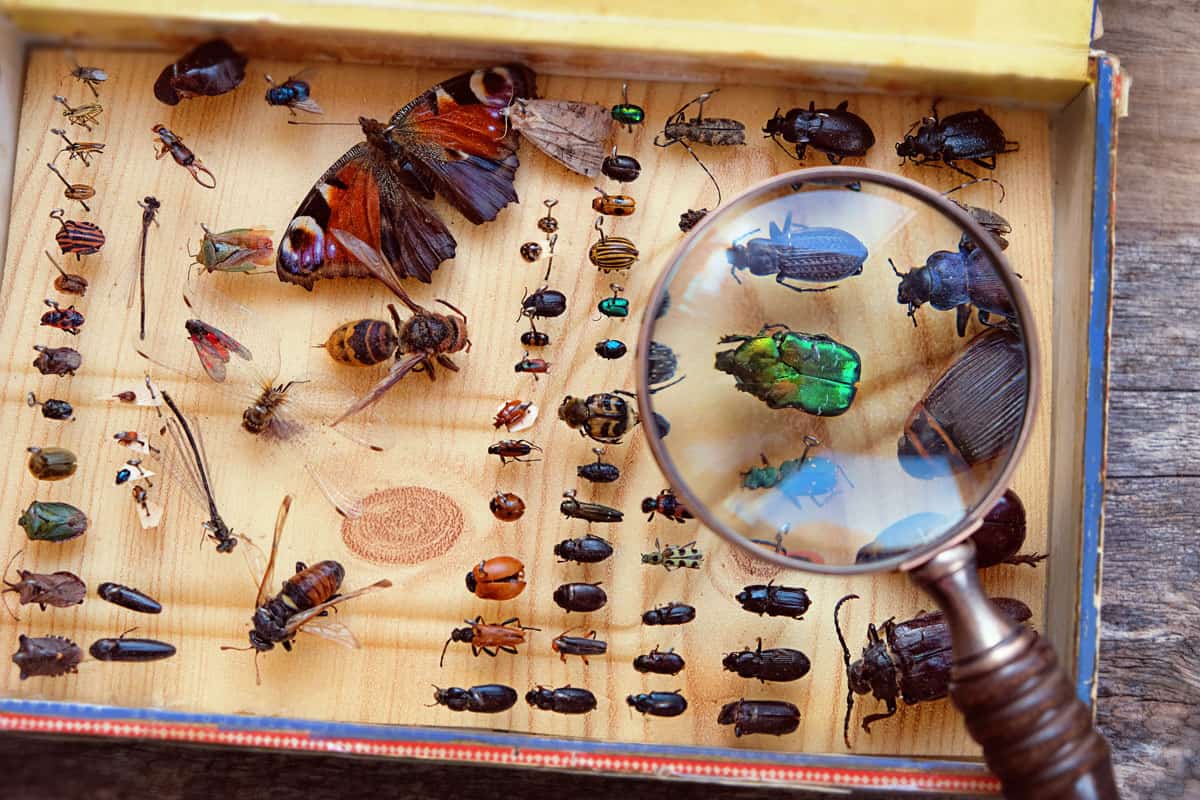 Now that you're aware that garden spiders are not something you need to eliminate, you need to be familiar with insects that can be bad for the garden.

You must also be familiar with pests that can harm humans and pets. When you spot them, make sure to call for pest control services immediately.

Here are insects you should be wary of, especially if you spot them in your garden.

Aphids are notorious for eating produce, flowers, and leaves. They destroy foliage, cause mold to form along leaves through honeydew, and potentially spread diseases. Fortunately, introducing garden spiders will eliminate them at the first sign of an infestation.

If introducing a natural predator doesn't work, you may need to apply insecticides.

Check out this insecticide on Amazon.

Although some of them will grow to be butterflies, caterpillars are harmful to leaves. They can be found chewing leaves and produce, producing tunnels in vegetables or fruits.

They typically hide on thick foliage that is not easily reached or managed, so make sure to regularly tend to your garden, so you won't find yourself surrounded by half-eaten leaves.

Wasps harm humans and pets alike. They have a strong venom that could potentially be life-threatening.

They are also known to strip the bark from some trees, such as willows and birch. However, some gardeners say they can be beneficial if you know how to identify the helpful ones.

If you don't want to risk it, especially if you have pets or kids at home, it is best to have them eliminated. You can introduce a garden spider into the area so they could devour the wasps. 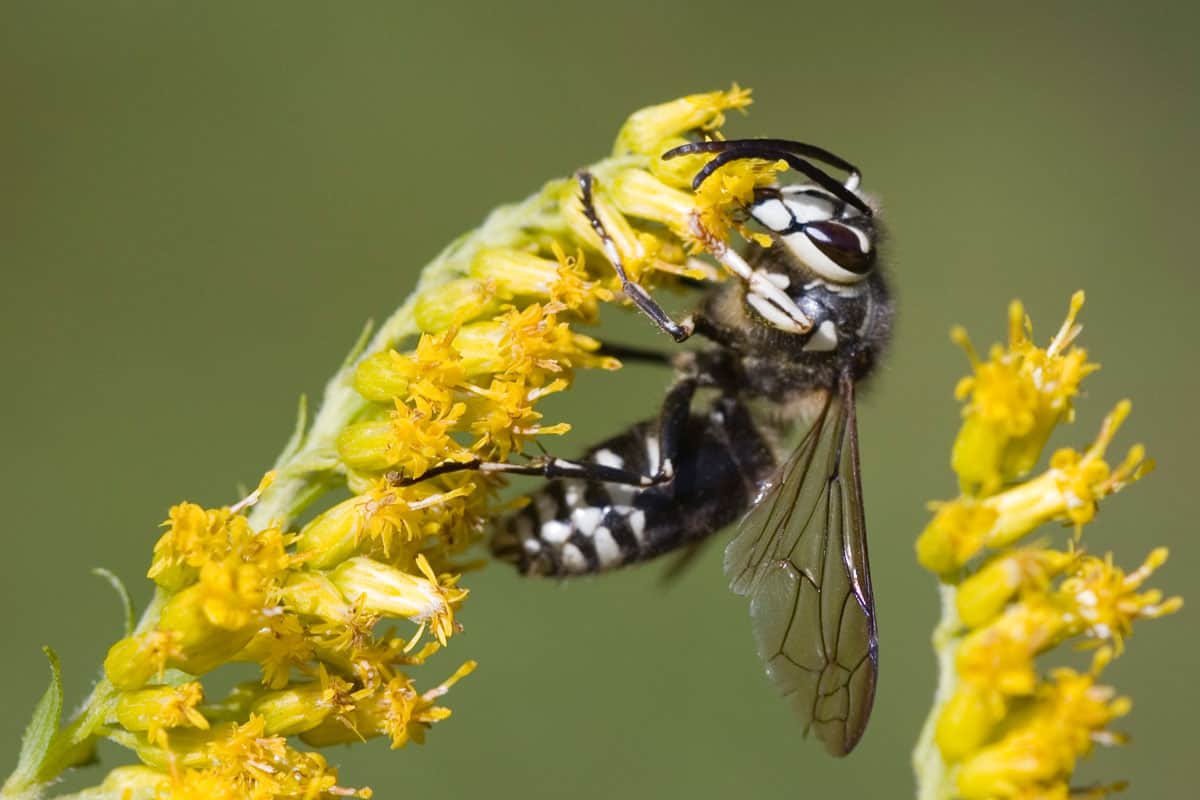 Although hornets are natural predators against other garden pests, they are extremely harmful to humans and pets. Their sting can be life-threatening, especially for pets who have an allergic reaction to them.

Cutworms are known for chewing a plant's stem and destroying smaller flora. They also eat the roots of plants, effectively killing them. They can cause serious damage in a short time if not addressed quickly.

Spider mites are harmless to humans and pets but can destroy indoor and outdoor plants. They can also infest furniture and fixtures around your house. Their bites can cause red bumps on the skin.

To prevent them from multiplying in your garden, you can use insecticides while cutting back or trimming your plants.

Seeing a scary-looking insect around our home or garden could have you panicking. However, Garden spiders are useful insects and best left alone.

Although you won't have to worry about them harming you or your pets, it's best to steer them clear of their nest so they won't accidentally attract the spider's ire. You should also be aware of insects that do harm not only your plants but also humans and pets.

If you found this article informative, check out more of our posts:

When Do Garden Spider Eggs Hatch?